Anthony Michael Hall rocketed to fame in the 80s as a core member of the iconic Brat Pack. Best known for starring in a slew of John Hughes movies, Hall made his name by starring as a stereotypical high school nerd in iconic films such as The Breakfast Club and Sixteen Candles. Since then, he’s starred in a variety of films including Edward Scissorhands, Six Degrees of Separation and The Dark Knight. His efforts haven’t gone unnoticed, either: in 2006, Hall was ranked #4 in VH1’s list of the 100 Greatest Teen Stars.

Although Hall’s golden era was almost certainly the 1980s, he’s continued to sustain his acting career. Between 2002 and 2007, he starred in USA Network series The Gold Zone, and is currently part of ABC’s show The Goldbergs. It’s clear that this iconic actor doesn’t have plans to retire any time soon.

Here are 10 things you might not have known about Anthony Michael Hall.

10. He was the youngest ever member of Saturday Night Live

Joining the ranks of SNL is impressive enough as it is, but Hall has the additional achievement of being the youngest ever SNL member, with the actor having joined the cast during its 1985-86 season when he was just 17 years old. His recurring characters on the hit show included Craig Sundberg, Idiot Savant and Fed Jones. He also performed impersonations of Daryl Hall, Edd Byrnes, Robert F Kennedy and Art Garfunkel.

As impressive as this is, it doesn’t seem that Hall relished his time working on SNL. “My year there, I didn’t have any breakout characters and I didn’t really do the things I dreamed I would do,” he confessed. “But I still learned a lot and I value that. I’ll always be proud of the fact that I was a part of its history.”

9. He suffered with alcohol problems throughout his teenage years

Hall’s acting career started early. By the age of seven, he’d begun appearing in commercials, notably making a name for himself as the Honeycomb cereal kid. But it seems that having so much success at such a young age took its toll on Hall, and he began drinking when he was just 13.

By the time he’d reached 18, it was clear that his drinking habit had spiralled into a serious issue. Speaking to People in 1999, Hall revealed that he would “[get] in fights and [punch] people in the face” as a result of his alcohol abuse. Hall took a two-year break from acting in the late 80s in order to sort out his drinking problem, and has been sober ever since.

8. He turned down roles in Pretty in Pink and Ferris Bueller’s Day Off 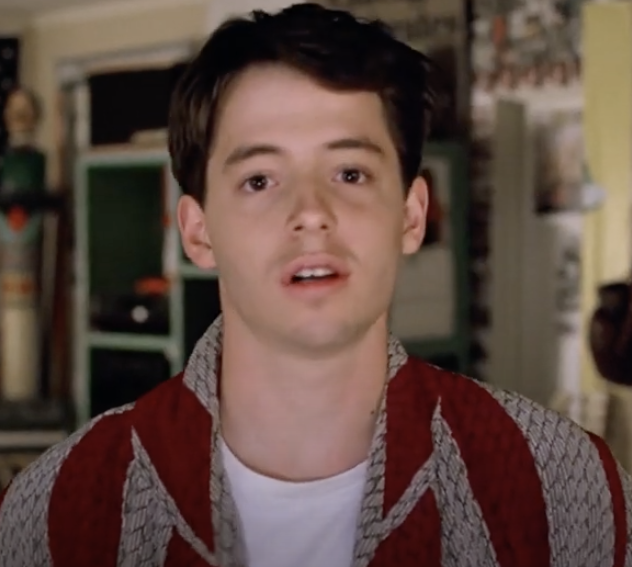 You’d think that having starred in teen films like The Breakfast Club and Sixteen Candles would mean Hall would have been perfect for other John Hughes’ films like Pretty in Pink and Ferris Bueller’s Day Off. But Hall turned down the chance to star in both of these movies purely because he wanted to avoid being typecast.

It’s certainly true that Hall was in danger of being forever known as the ‘high school geek’ – so although it would have been great to see him in more Hughes films, it’s perhaps understandable that Hall turned these roles down.

7. He auditioned for the role of Ponyboy in The Outsiders 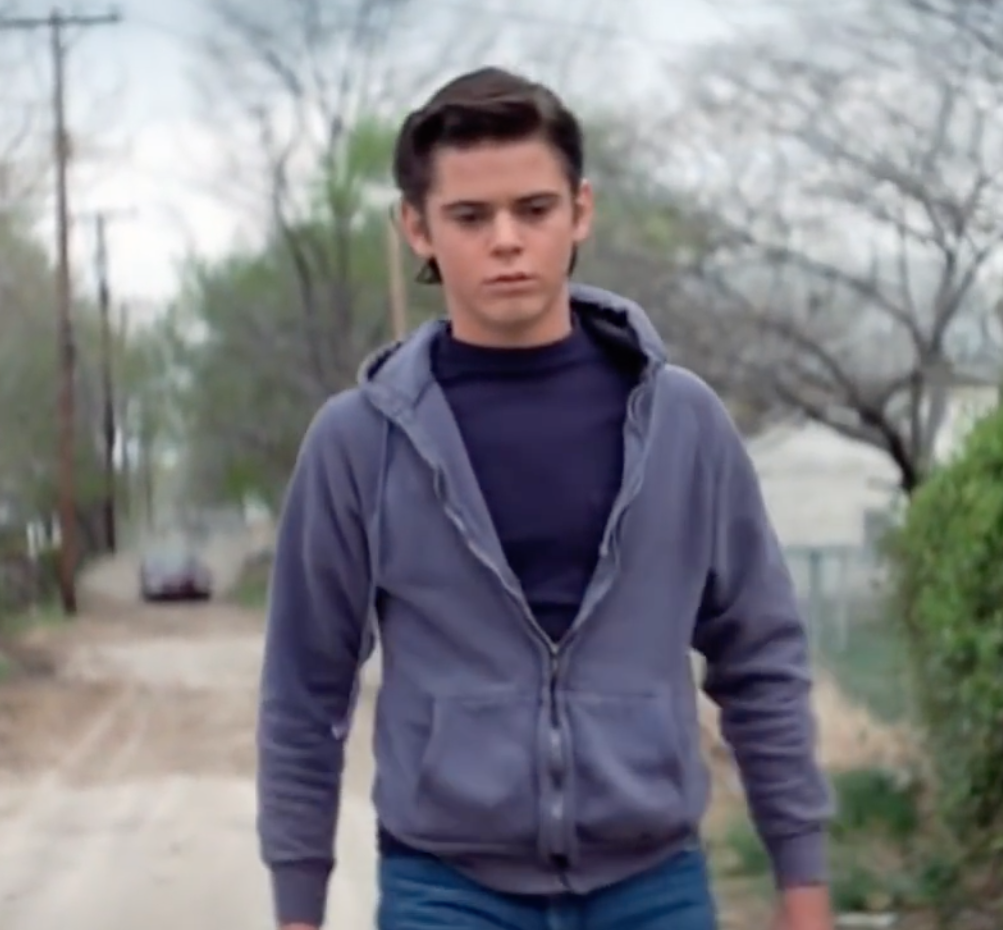 The Outsiders, based on the novel by SE Hinton, is another classic coming-of-age 80s film. Starring members of the Brat Pack including Rob Lowe and Hall’s Breakfast Club co-star Emilio Estevez, Hall would have fit right in with the cast.

He auditioned for the role of Ponyboy Curtis, the film’s protagonist, but this role ultimately went to up-and-coming star C Thomas Howell. Howell went on to win a Young Artist Award for Best Young Motion Picture Actor in a Feature Film.

Legendary director Stanley Kubrick watched The Breakfast Club multiple times and was so spellbound by Hall’s performance that he compared him to a young Spencer Tracy. Kubrick was keen to work with Hall, but sadly this collaboration never materialised. For eight months Hall was in negotiations with Kubrick to star as Private Joker in the 1987 film Full Metal Jacket, but the two failed to come to a financial agreement.

Speaking to Underground Online in 2007, Hall said: “It was a difficult decision, because in that eight-month period, I read everything I could about the guy, and I was really fascinated by him. I wanted to be a part of that film, but it didn’t work out. But all sorts of stories circulated, like I got on set and I was fired, or I was pissed at him for shooting too long. It’s all not true.” 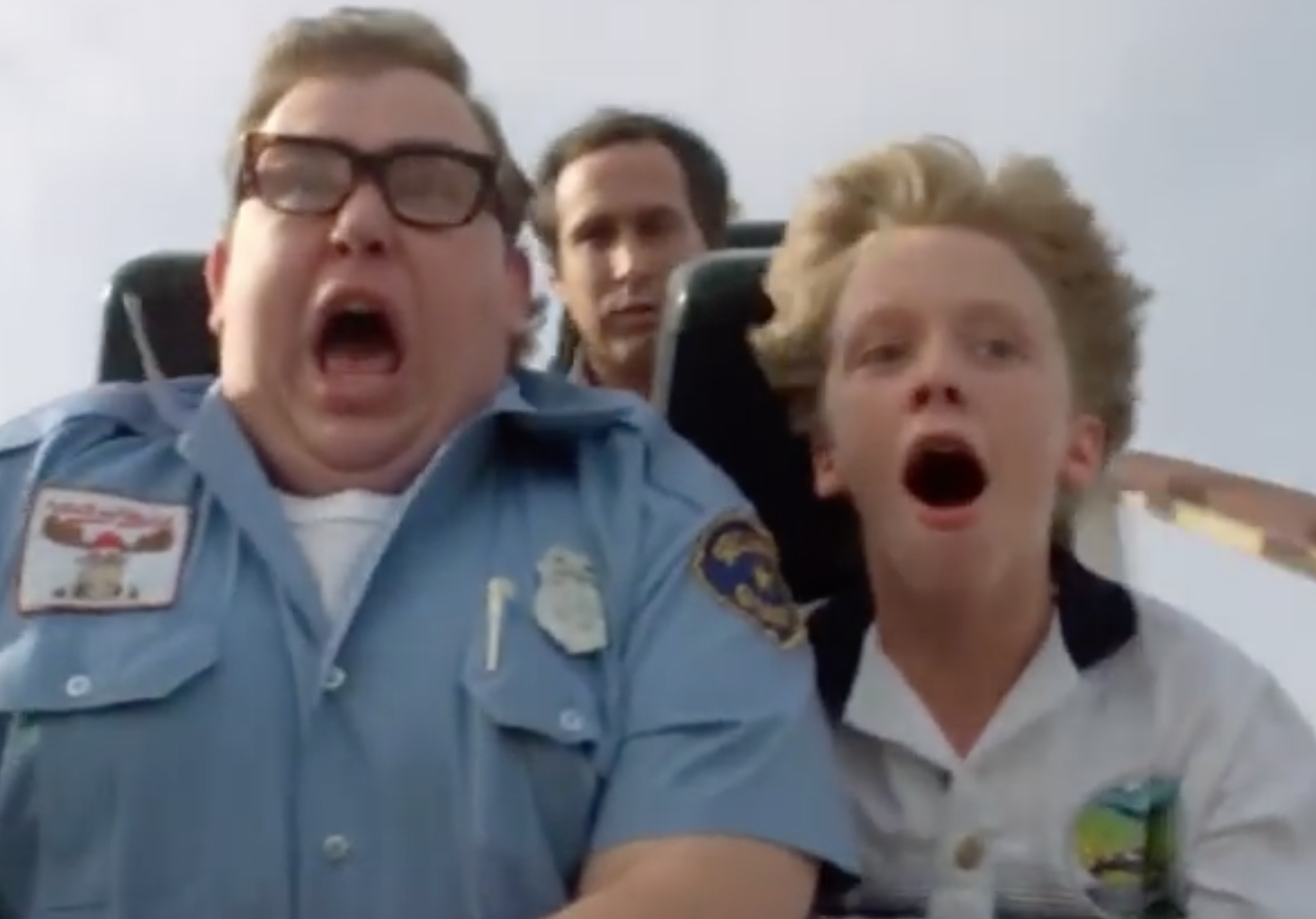 Hall features in National Lampoon’s Vacation as Rusty Griswold. The film sees the cast hit up fictional theme park Walley World and go for a ride on several of the park’s rollercoasters. Naturally, this proved challenging to film.

In the film’s commentary, Chevy Chase confesses that many of the cast members threw up while filming these scenes as they had to ride the rollercoasters several times to get the perfect shot. Dana Barron went as far as saying that she would pass out on a bench after every take. Hall also added that his look of fear is genuine, as he is truly terrified of rollercoasters in real life.

4. He had trouble driving a sports car in Freddy Got Fingered 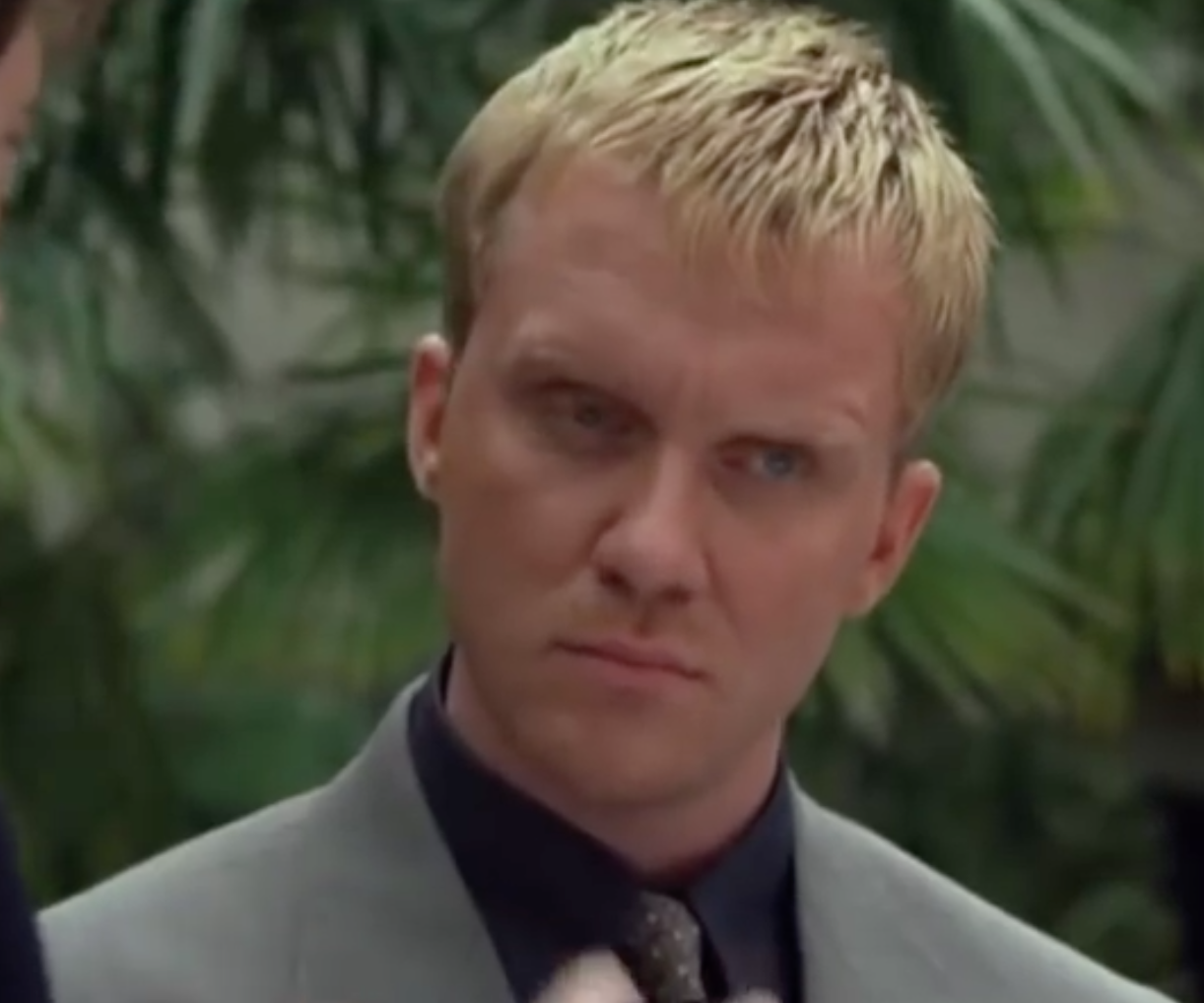 In 2001, Hall appeared in comedy film Freddy Got Fingered. One brief shot sees his character – Dave Davidson, the head of Radioactive Animation Studios – drive a sports car. The shot only lasts for a few seconds, but according to director Tom Green, it took several dozen takes to get right as Hall had some trouble driving the car.

The film was ultimately a flop, receiving five Golden Raspberry Awards and grossing just $14.3 million. However, since then, the movie has garnered a cult following and remains relatively popular to this day.

3. He had a growth spurt while shooting The Breakfast Club 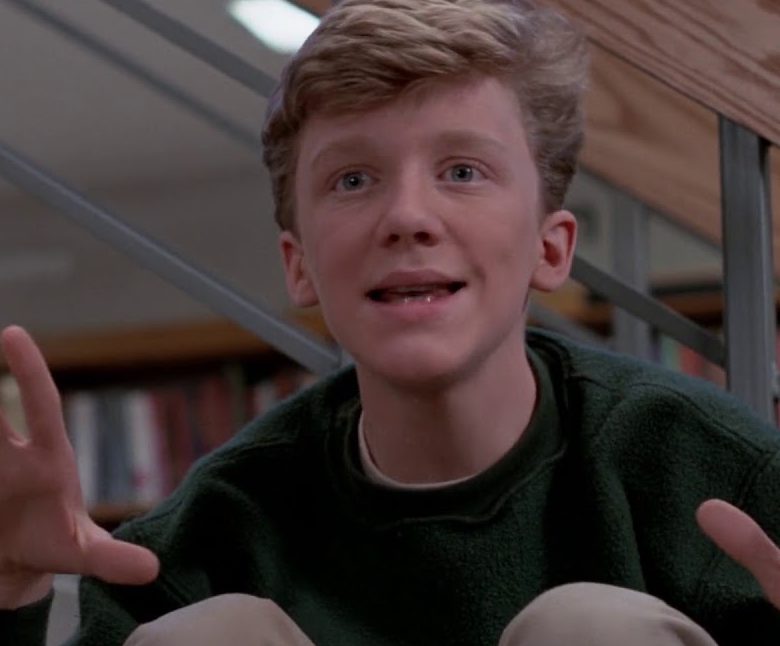 The Breakfast Club was unusual in that the cast were very close to the ages of the characters they were portraying. Most of the cast were in their early 20s during production, while Molly Ringwald and Anthony Michael Hall were both aged 16 at the time.

As Hall was still in the middle of puberty, it’s no surprise that he had a huge growth spurt while shooting was ongoing. According to commentary from Judd Nelson included on the 30th anniversary edition of the film, when Nelson began work on the film he stood two inches taller than Hall, but by the time shooting wrapped Hall was taller than him.

2. Hall’s scenes in 61* were flipped to make it look like he was pitching left-handed 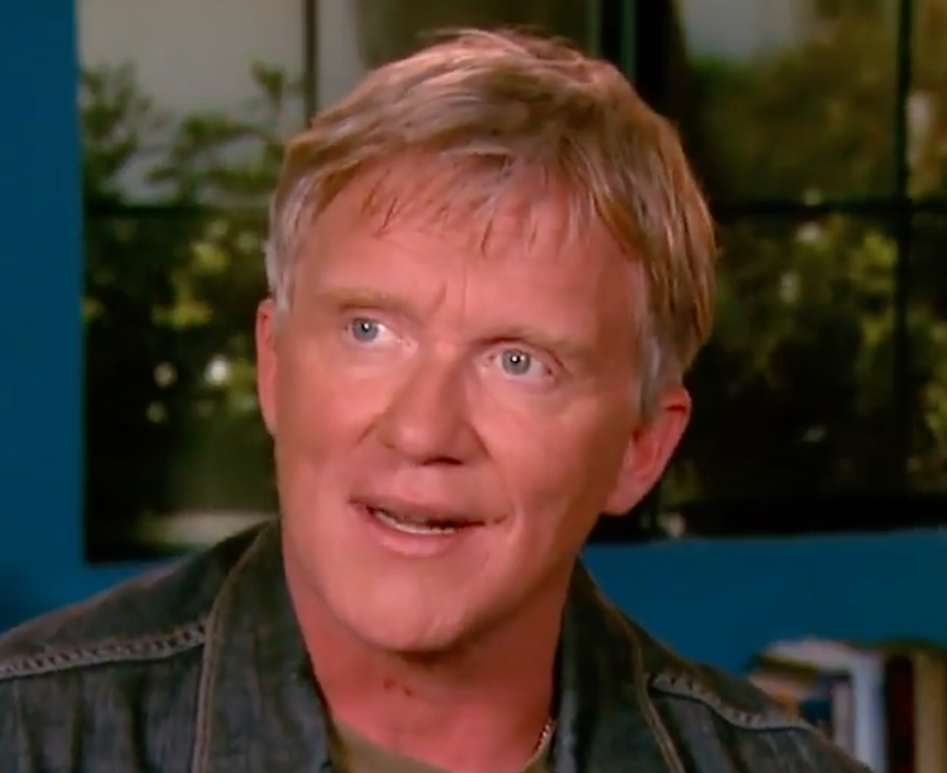 Hall featured as Whitey Ford in the 2001 made-for-television film 61*. Ford was famously left-handed, but Hall didn’t learn to pitch with his less dominant hand for the film. Instead, he wore his uniform backwards and pitched with his right hand, and the shot was then flipped during production.

The film first aired on HBO in April 2001 and received largely positive reviews from critics. In 2002, Barry Pepper – who starred as Roger Maris – received a Golden Globe nomination for Best Performance by an Actor in a Miniseries or a Motion Picture Made for Television.

1. He says John Hughes was like a “big brother” to him

It was plain to see that Hughes had a close relationship with the members of the Brat Pack, and with Hall in particular. Speaking to Page Six in 2020, Hall said: “There was a soul connection there. He was always like a big brother. He was such a big influence in my life.”

He went on to recall their time alongside each other on set: “Another memory I have is just him being on the set and we were doing all those heavy emotional scenes. Everybody is crying about their high school problems and you would look over and see John right there laughing or crying with you through the takes.”