20 Things You Might Not Have Realised About Sandra Bullock

Starting off as an action heroine before successfully trying her hand at comedy and award-winning serious roles, Sandra Bullock has been entertaining us for nearly three decades. Below are 20 things you might not have realised about this talented, versatile actor.

20. She temporarily retired from acting after her divorce 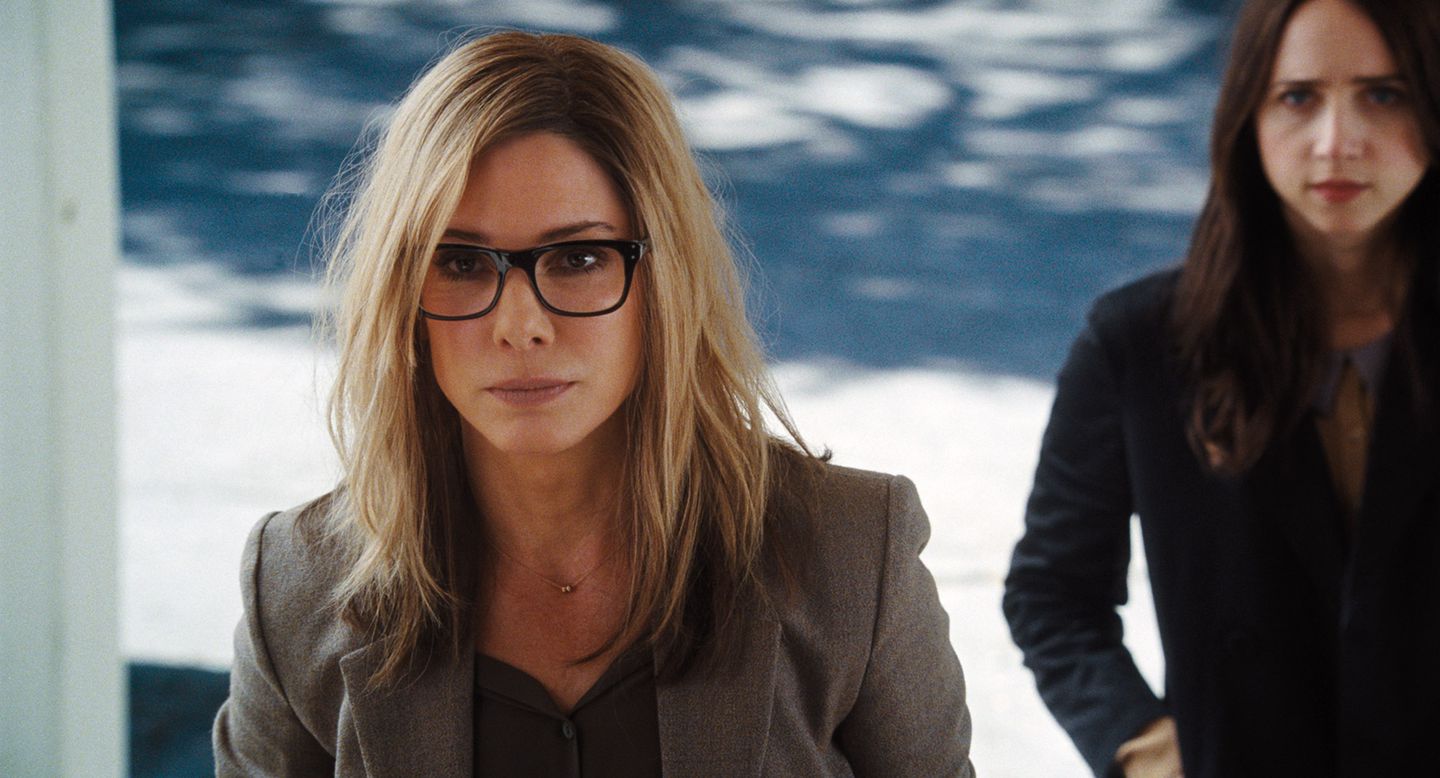 Being an actor is usually painted as a pretty sweet and glamourous deal, and it’s true that there are a lot of benefits that go along with it.

However, there are also a lot of downsides, and living your life unable to escape the public eye is definitely one of them. 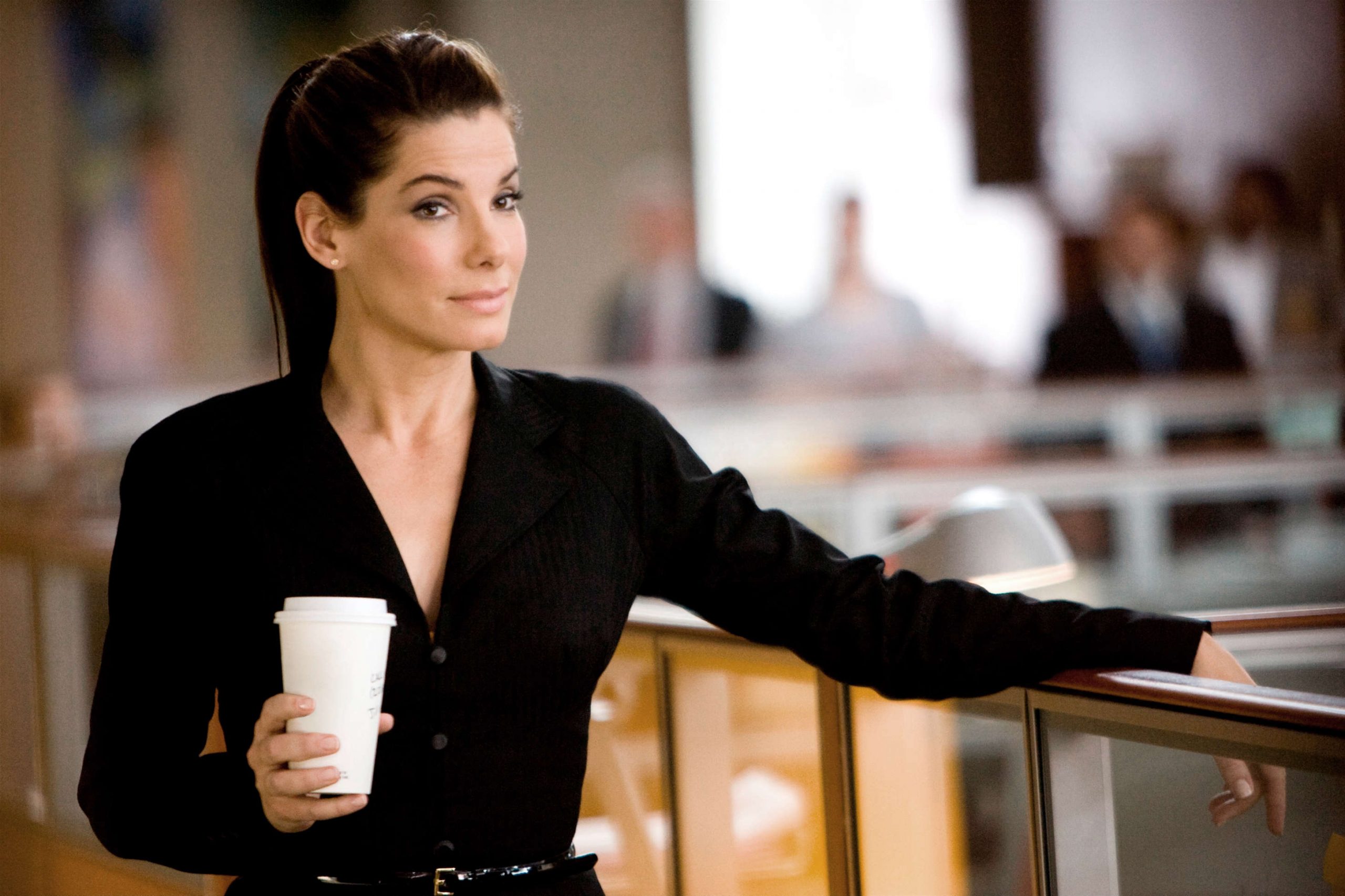 When rumours began to circulate that Sandra Bullock’s husband Jesse James had been unfaithful following their wedding in 2005, the press speculated on it on blogs and in the papers.

Bullock eventually divorced James as a result of this alleged infidelity in 2010, with details of the whole process being lapped up by the press. 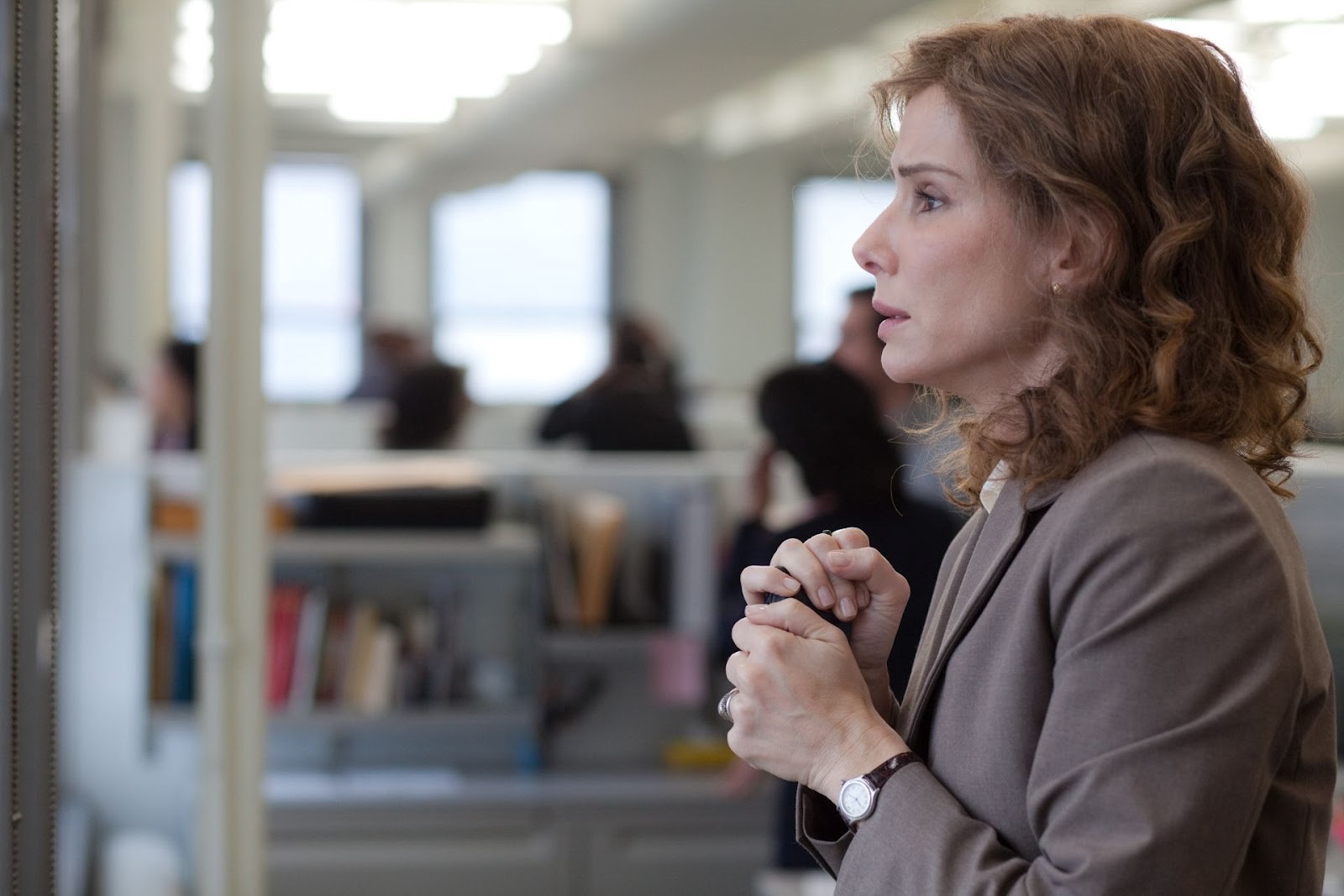 After the whole ordeal, Bullock stepped away from acting and the spotlight for a full two years, believing that she couldn’t go back to work until she could step out of her upset mindset while playing a role.

She later said in interviews that she didn’t want her pain to influence the character’s she played, but also couldn’t distract herself from it, so she waited until she had begun to heal.

19. Her home was once invaded by a stalker 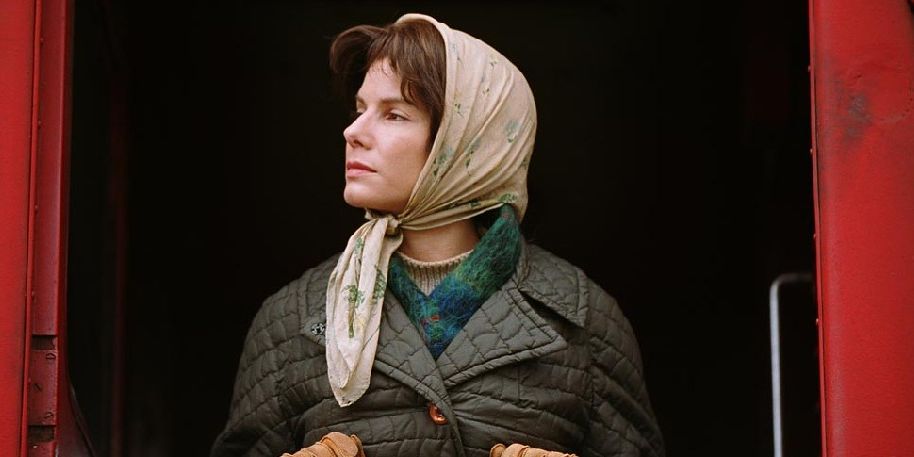 Dealing with fans is another thing that all high-profile actors have to deal with, for better or for worse.

Most actors are happy to have people support their work, and are usually pretty gracious about signing autographs and taking pictures. 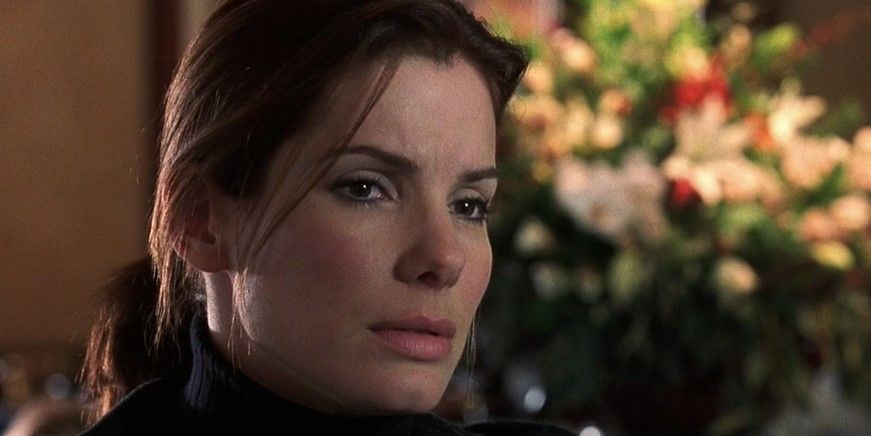 There is a dark side to the idea of a dedicated fanbase though, and that is that some people can take things way too far.

Bullock was unfortunate enough to encounter someone who was obsessed with her to a criminal degree, which led to a seriously traumatic event. 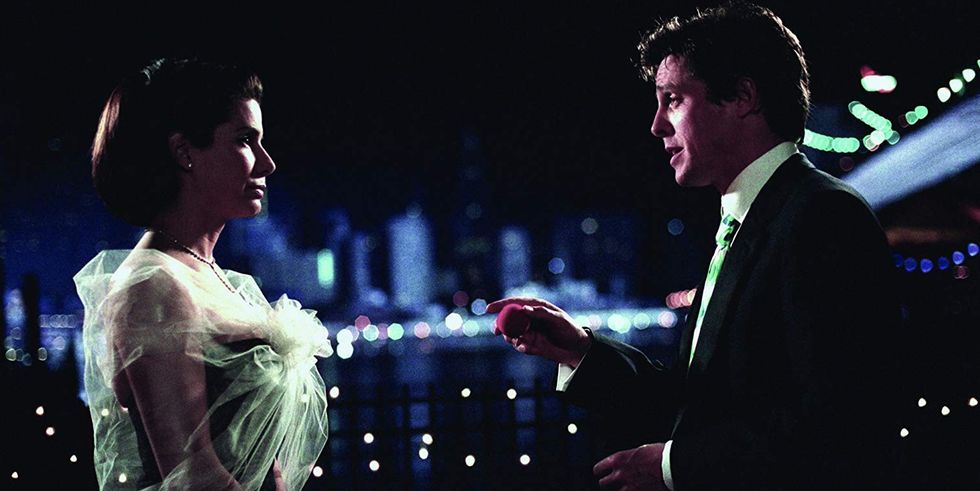 Bullock’s stalker Joshua James Corbett broke into her house in 2014, forcing her to hide in a cupboard and call the police.

The police arrived before she came to any harm, and her frightened 911 call was used as evidence to convict him.

18. The stalker was later involved in a very famous plane crash 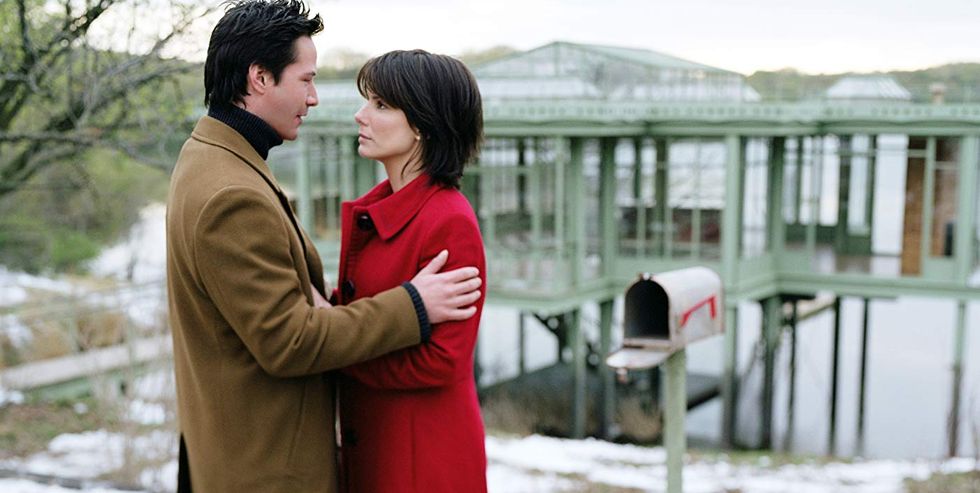 We’ve already discussed the fact that Bullock was unlucky enough to be targetted by a stalker, but that’s actually not even the full story.

Joshua James Corbett was also involved in another high-profile disaster, involving a plane crash in the middle of a city. 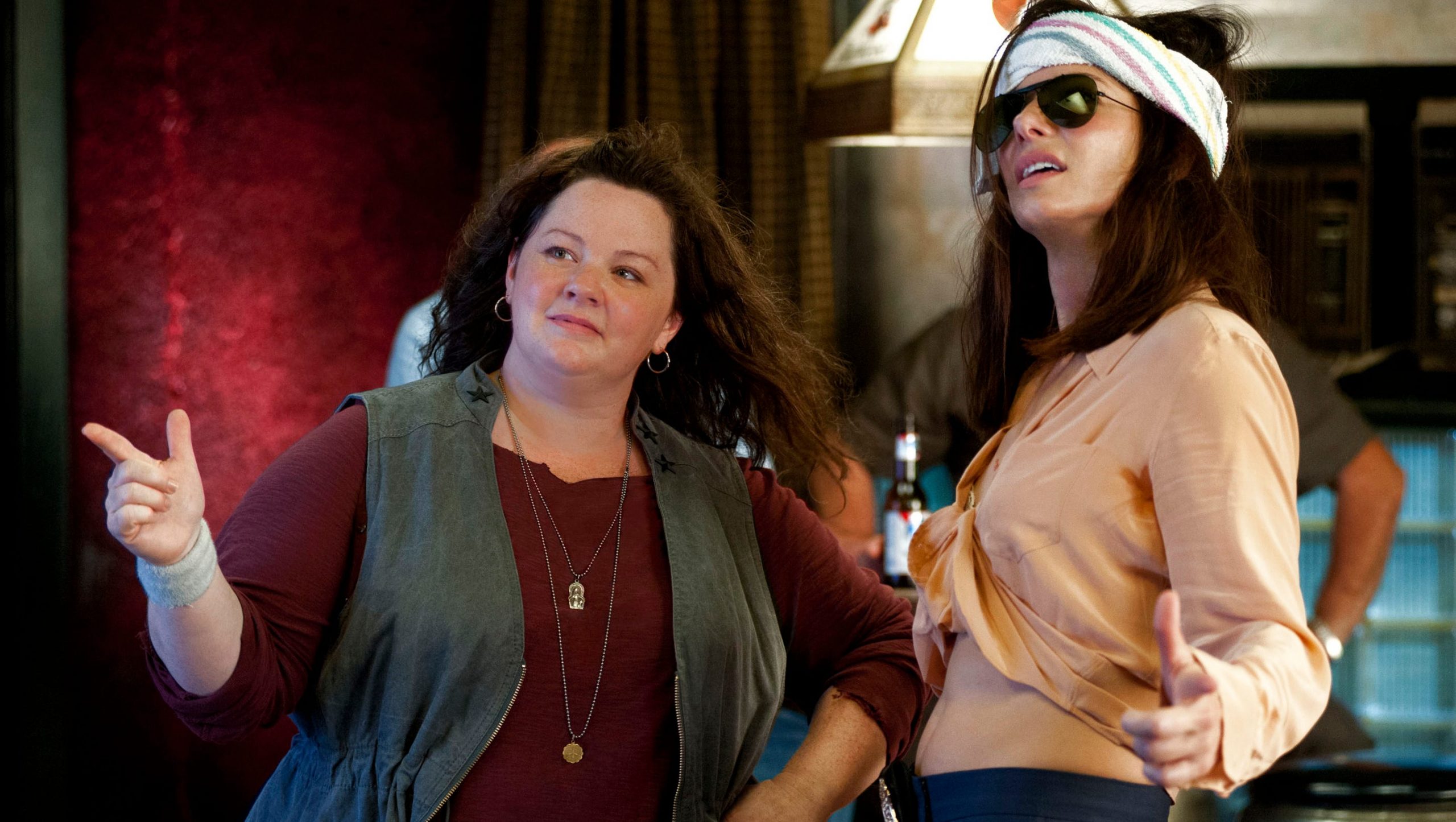 When a small private plane crashed into the middle of an LA neighbourhood, it was later revealed that Joshua Corbett was the owner.

Not only that, but the pilot who crashed the plane, and walked away unharmed, was actually his father, Henry Corbett. 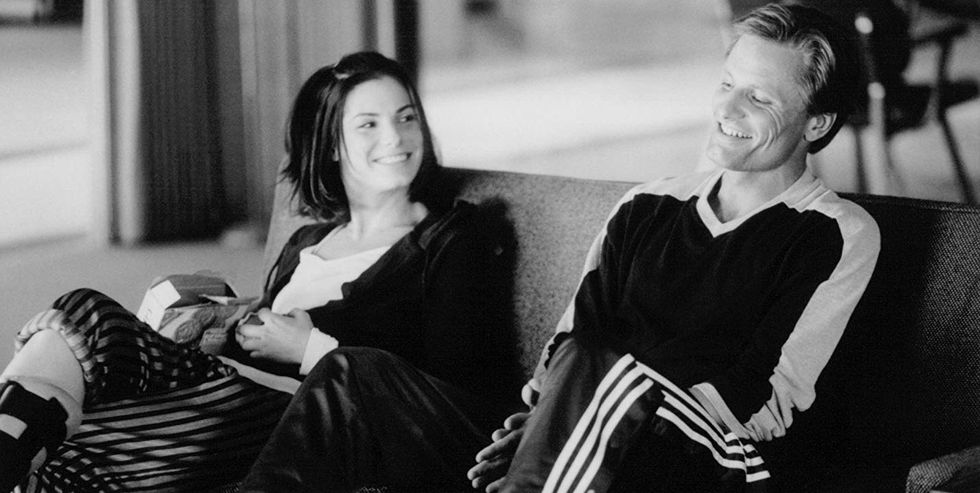 A couple of years later, Joshua Corbett died from self-inflicted injuries, after a long stand-off with police.

He had allegedly been seeking treatment, after writing Bullock a detailed letter, apparently believing he was her husband and the father to her son.

17. She missed out on starring in the Oscar-winning Million Dollar Baby 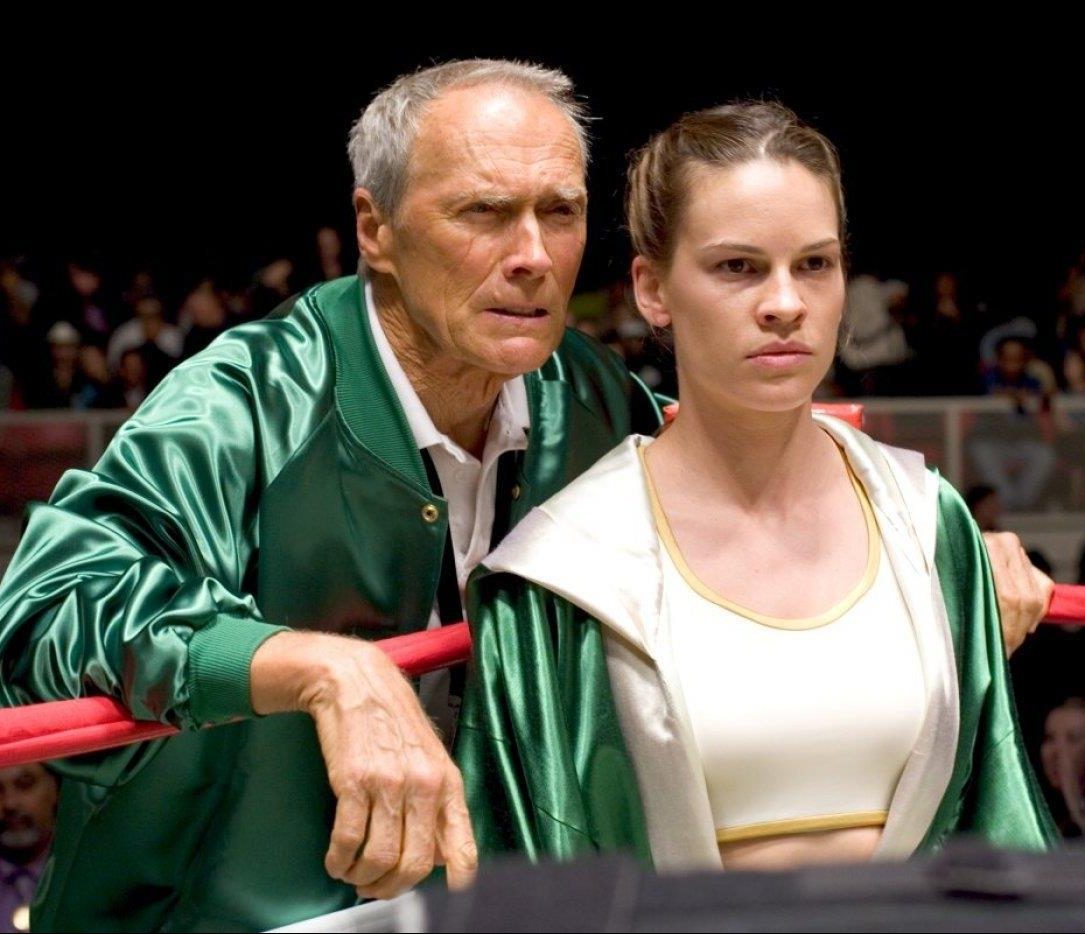 If you’re an actor, there are few professional setbacks more annoying, than someone else succeeding in a role you really wanted.

That’s exactly what happened to Sandra Bullock, since she championed Million Dollar Baby, but wasn’t able to star in it. 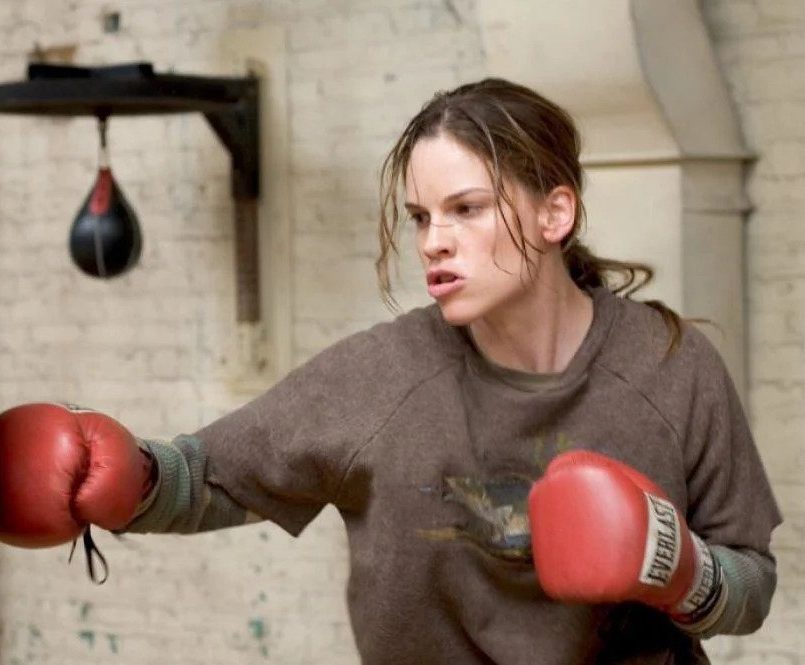 The story goes that Bullock hounded studios trying to get the movie made, and always envisioned herself in the starring role.

However, when Bullock decided to make the movie through her own production company, Hilary Swank signed on to play the role instead. 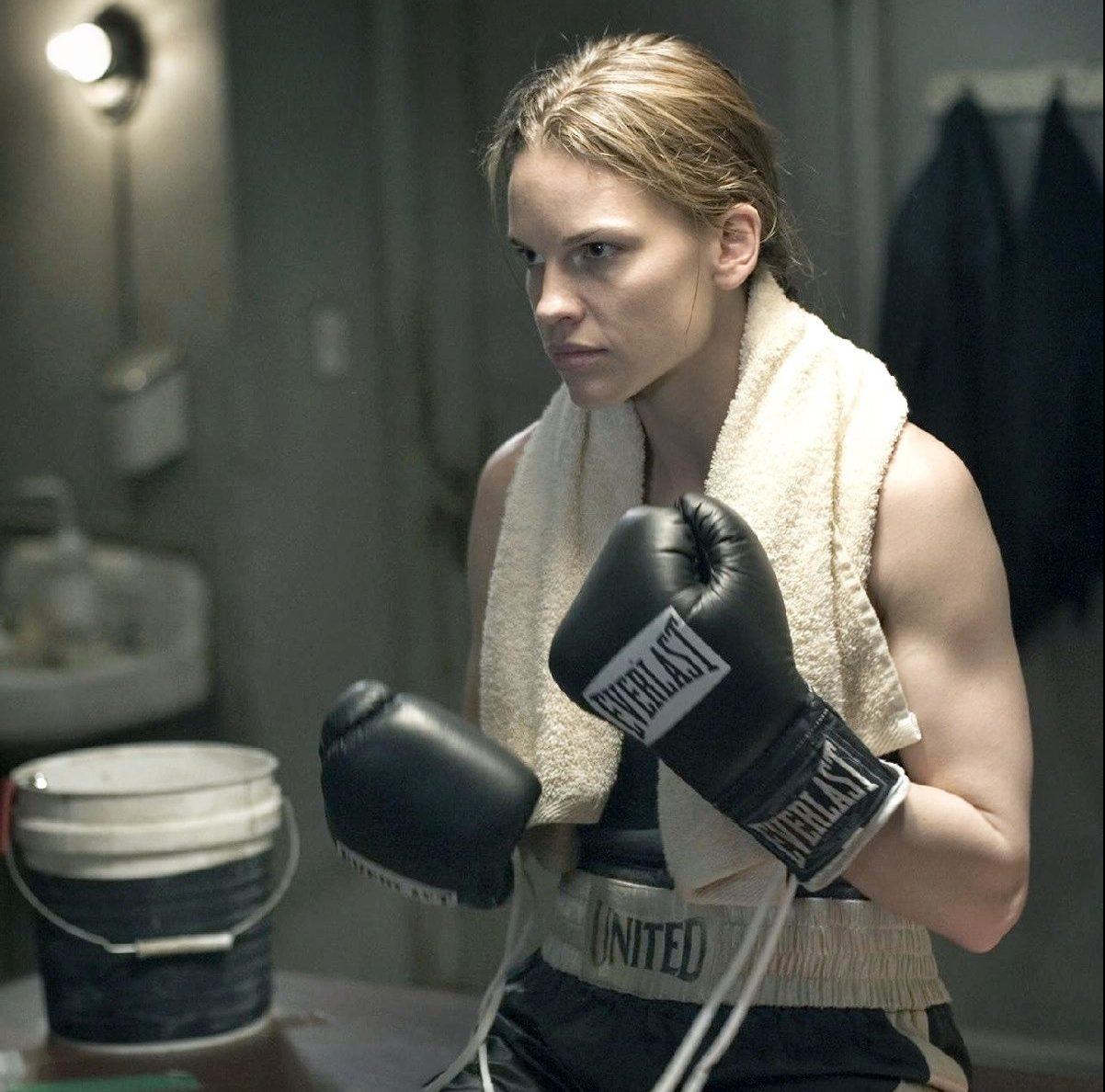 Not only that, but Swank won an Oscar for her performance as the famous female boxer, while Bullock wrapped filming on Miss Congeniality 2.

When asked later if she was disappointed by the way things had played out, she simply said “when things like that happen, that’s the way they’re supposed to be”. 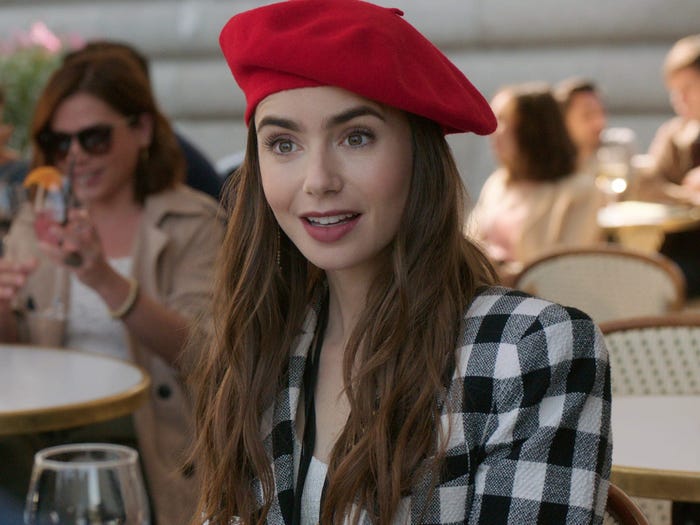 Bullock has two adopted children, but she’s also gotten a reputation for adopting younger actors, by giving them help and guidance.

Thanks to her long and illustrious career, many younger performers look up to her, and want to learn as much as they can from her about the industry. 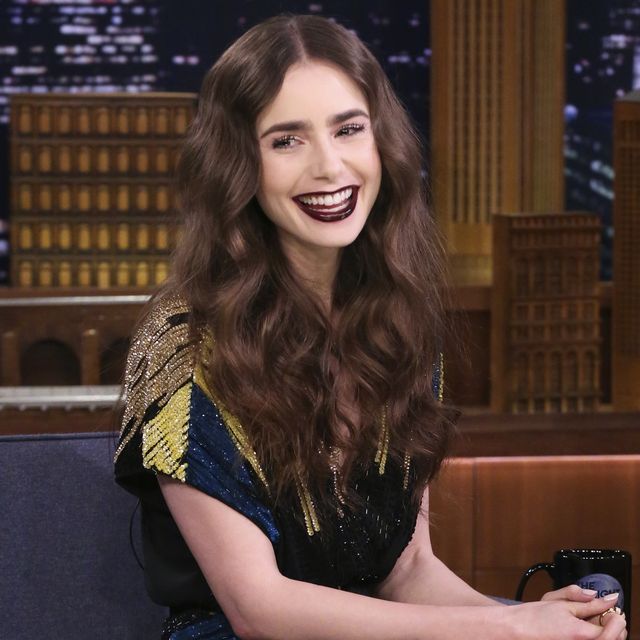 In particular, Lily Collins gushed in several interviews about wanting to work with Sandra Bullock in a project.

When the two became friends, she began to ask her for advice about the industry, and tried to learn from Bullock’s decades of experience. 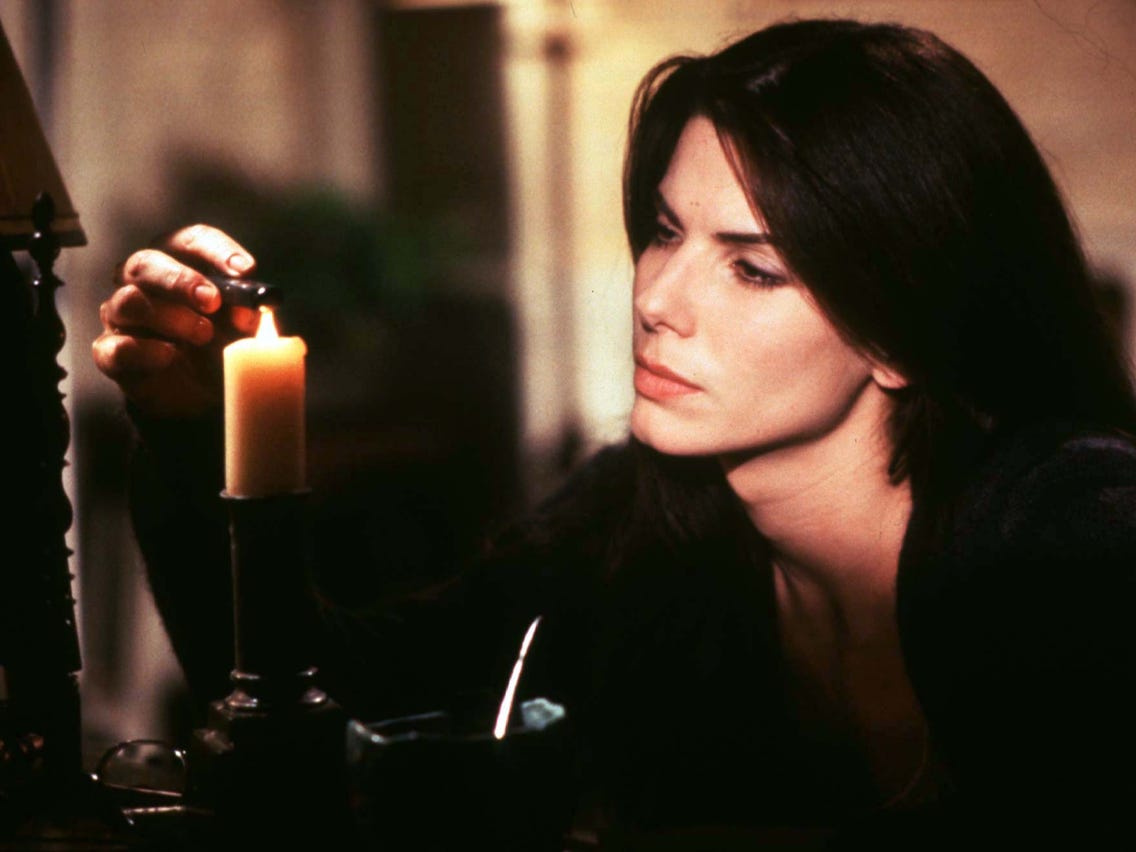 Despite Collins now being very successful in her own right, she apparently still occasionally reaches out to Bullock for help and guidance.

Having a legendary actor on speed dial must be a great way to sort the good projects from the bad, and to know exactly what to wear to a premiere.

15. Bullock called Gravity the most “lonely” movie she had ever worked on 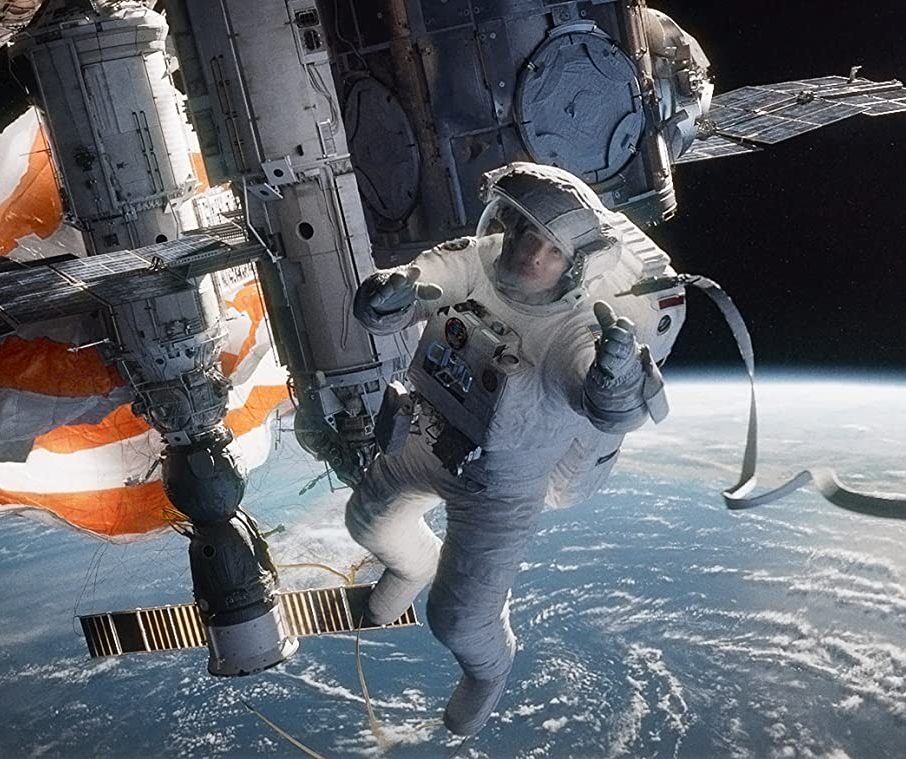 Gravity is one of the most acclaimed movies that Bullock has ever been in, and is widely regarded as containing one of her most acclaimed performances.

Her performance as Dr. Ryan Stone earned her both a Golden Globe nomination and an Academy Award nomination, although she didn’t win either. 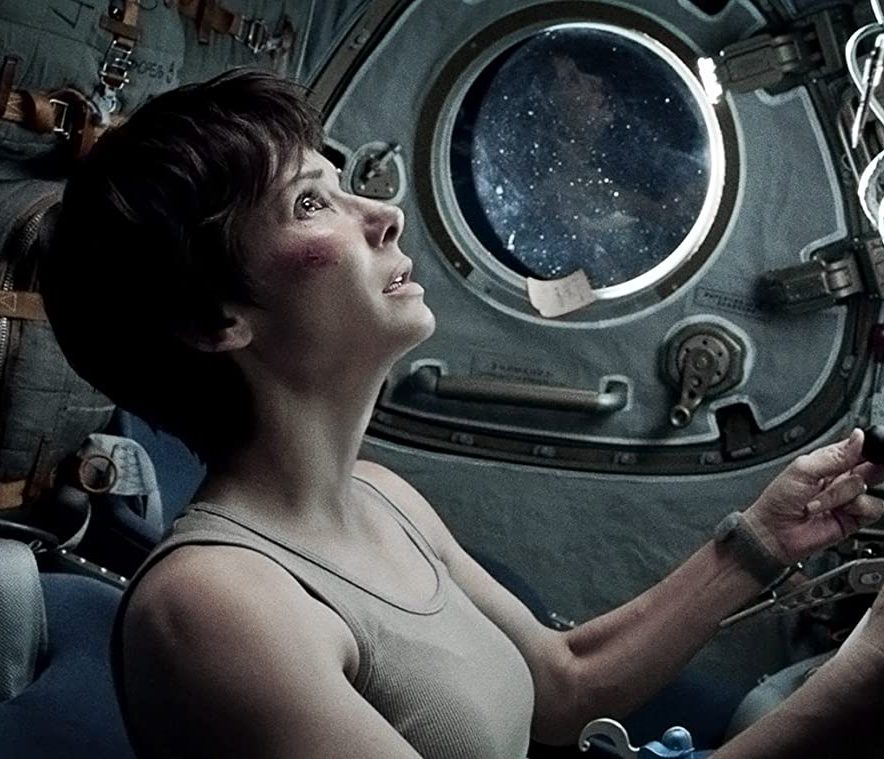 Due to the plot of the movie, Bullock spent the vast majority of her time on set alone, surrounded by hundreds of cameras but no other actors.

Before the film was screened at the Toronto International Film Festival, Bullock later described herself as being in a morose headspace for most of the shoot, and said it was a “painfully lonely” experience at times. 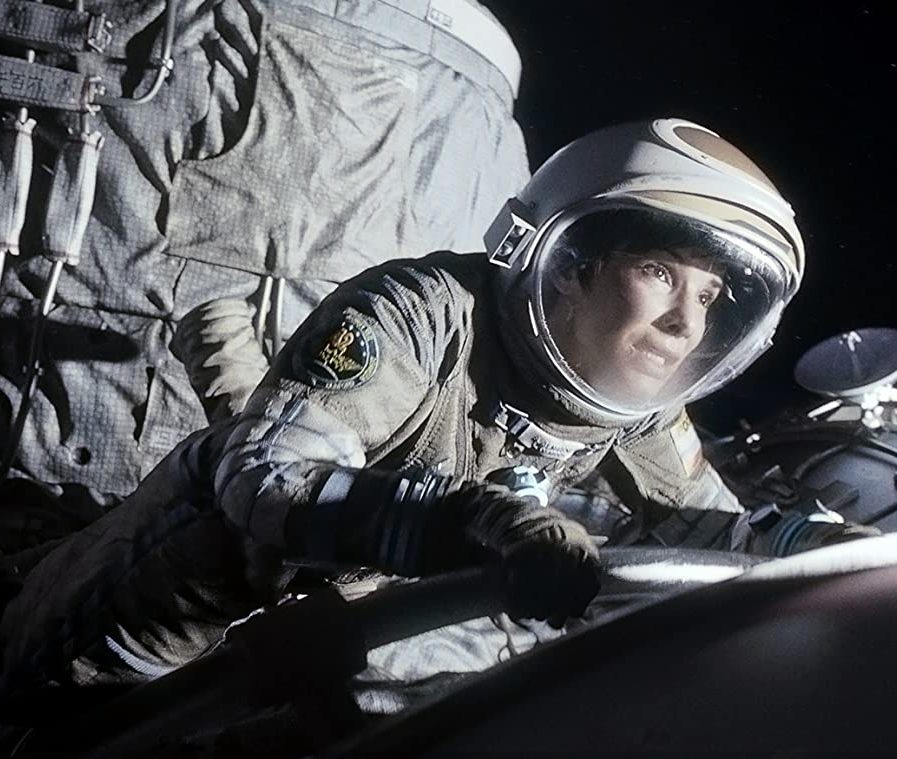 With that said, she admitted that the “frustrating, painful isolation” she felt on set was exactly what the character needed to embody, so it only benefited her performance.

Unfortunately, Gravity was the first movie she filmed after her divorce from Jesse James, making it feel like an even lonelier experience.

14. She adopted a whole school after Hurricane Katrina 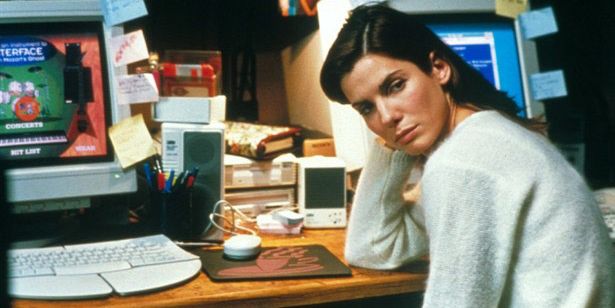 As we’ll explore in more detail later in the article, Bullock’s second passion after acting is definitely philanthropy.

She has donated to several charitable causes over the years, and was particularly active in the years following Hurricane Katrina. 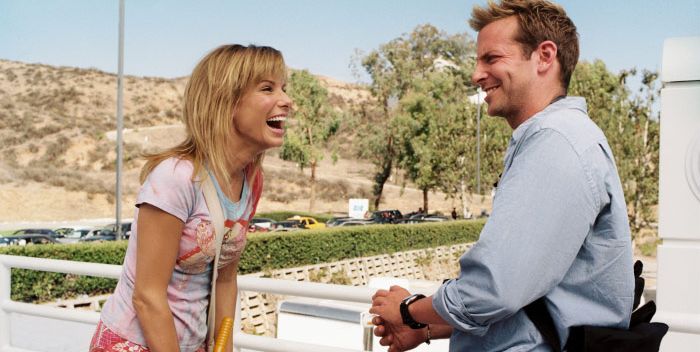 One of her efforts involved donating to New Orleans’ Warren Easton Charter High School, after it sustained four million dollars worth of damage in the hurricane.

As well as helping the school pay for its repairs, she also playfully agreed to ‘adopt’ the school, and watch their journey towards recovering and reopening. 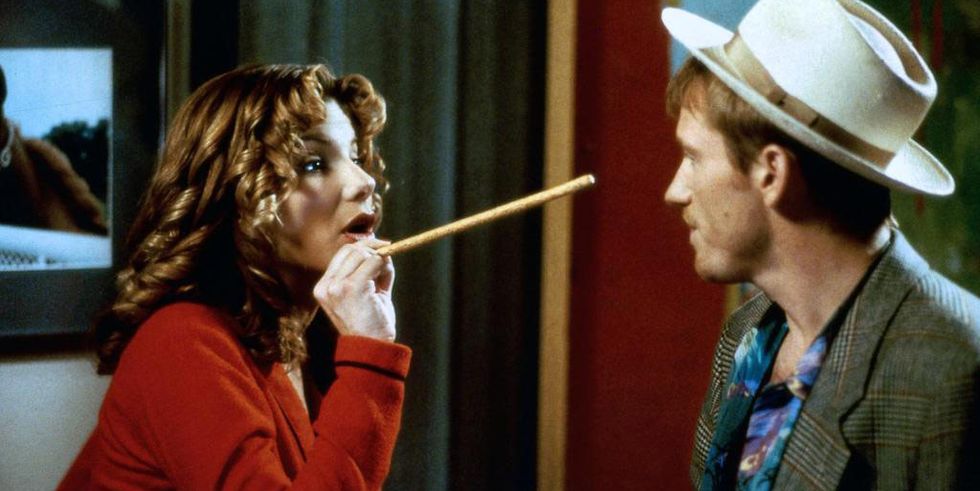 Sandra Bullock even agreed to give the graduating class a very special commencement speech, including some very unique advice.

13. Her grandfather was a German rocket scientist 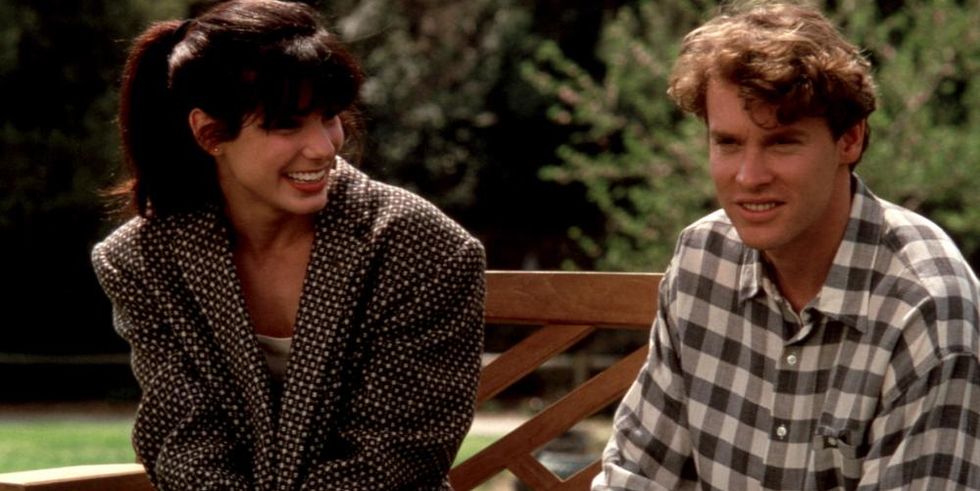 Lots of actors claim to have been in love with the world of entertainment ever since they were young, but for Sandra Bullock, her connection to performing go even further back.

That’s because both of her parents are involved with the glitz and glamour of the stage, which means she was literally born with greasepaint in her veins. 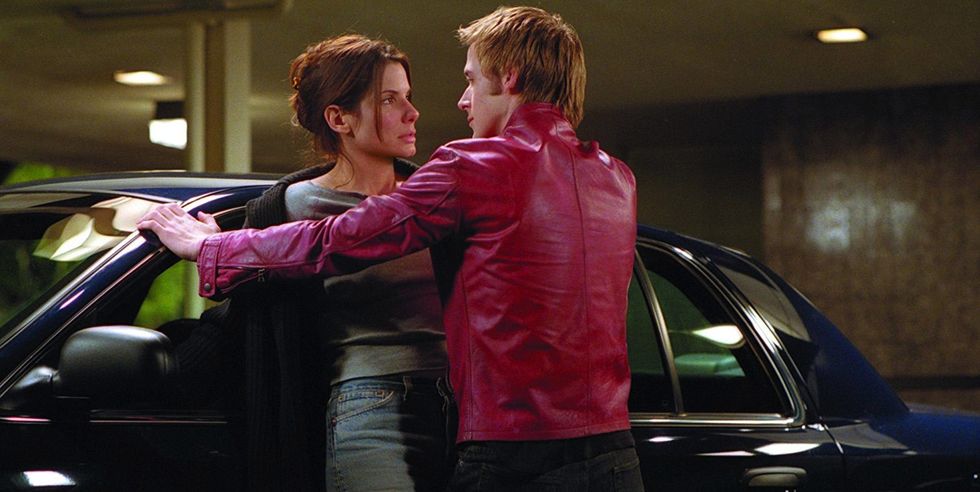 Sandra Bullock’s father is John W. Bullock who, when he wasn’t working in the Army, worked as a voice coach.

Similarly, her mother was a successful opera singer, who later moved on to coaching other singers as well. 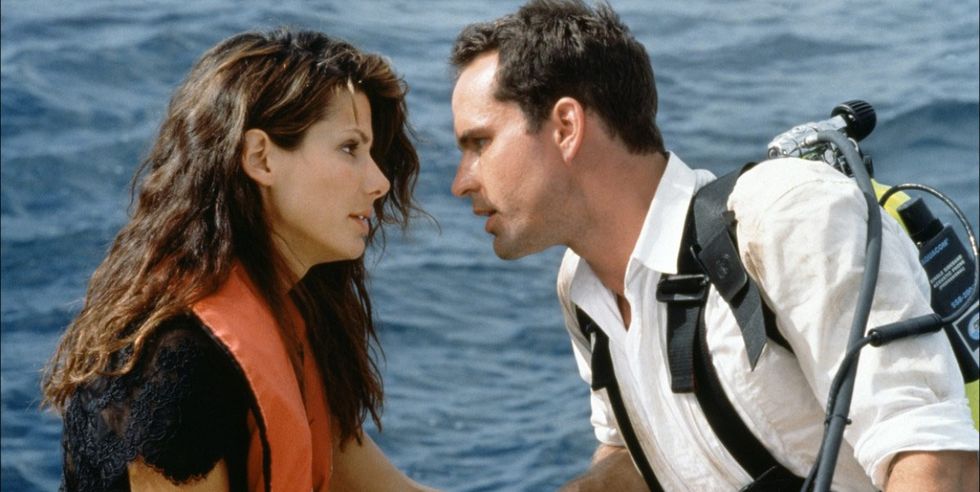 Only her grandfather broke the tradition of an entertainment-based profession, by working as a rocket scientist.

Her grandfather was stationed in Nuremberg, where he worked on rocket development for the German government.

12. She grew up speaking German 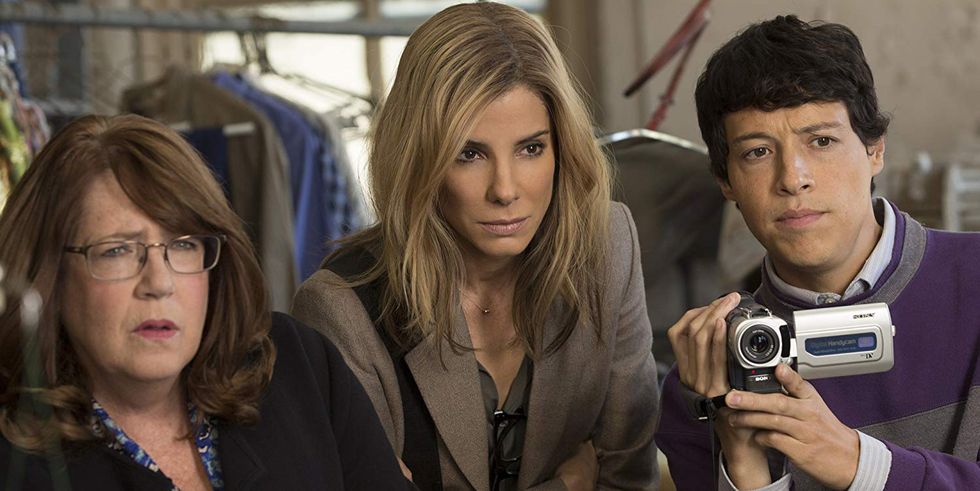 Sandra Bullock’s mother was born in Germany, and had zero hesitation about making sure her daughter was in touch with her heritage.

To ensure this, she spoke German around the house until Sandra Bullock was fluent, and then took her travelling. 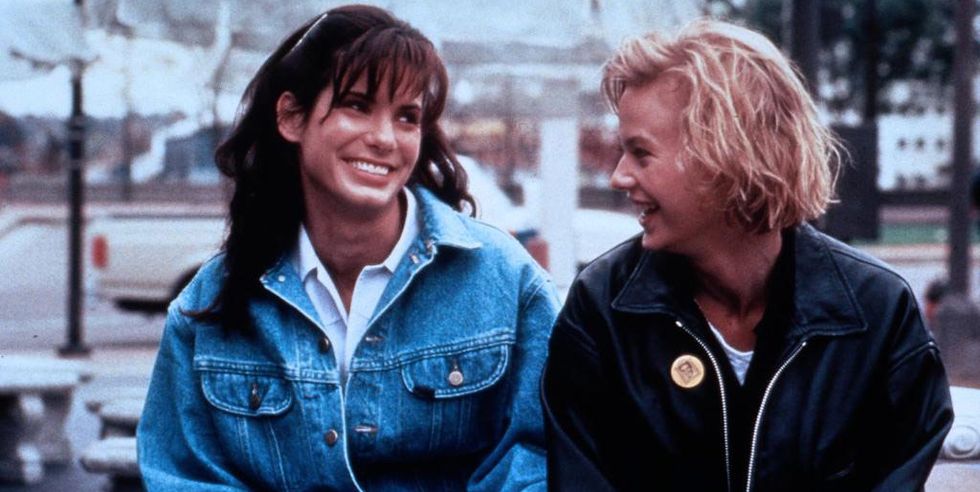 Bullock spent her childhood touring Europe with her two parents, and so she was able to speak fluent German from a young age.

It is a skill she has never lost, although she doesn’t often utilise it in her day job as an actor. 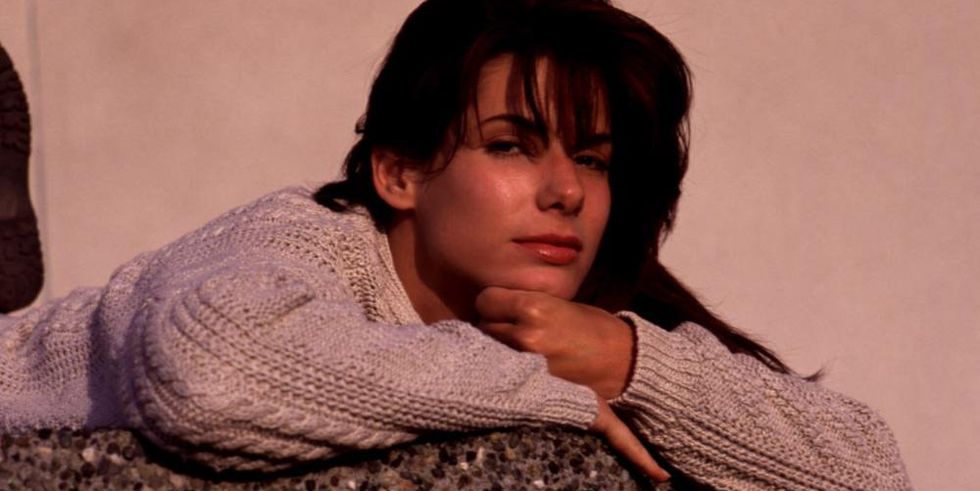 Bullock’s family lineage does mean she is able to claim dual citizenship, in both America and Germany.

Another interesting fact is that she did some of her first-ever performances in Germany, while on the European touring circuit with her mother.

11. She performed in operas as a child 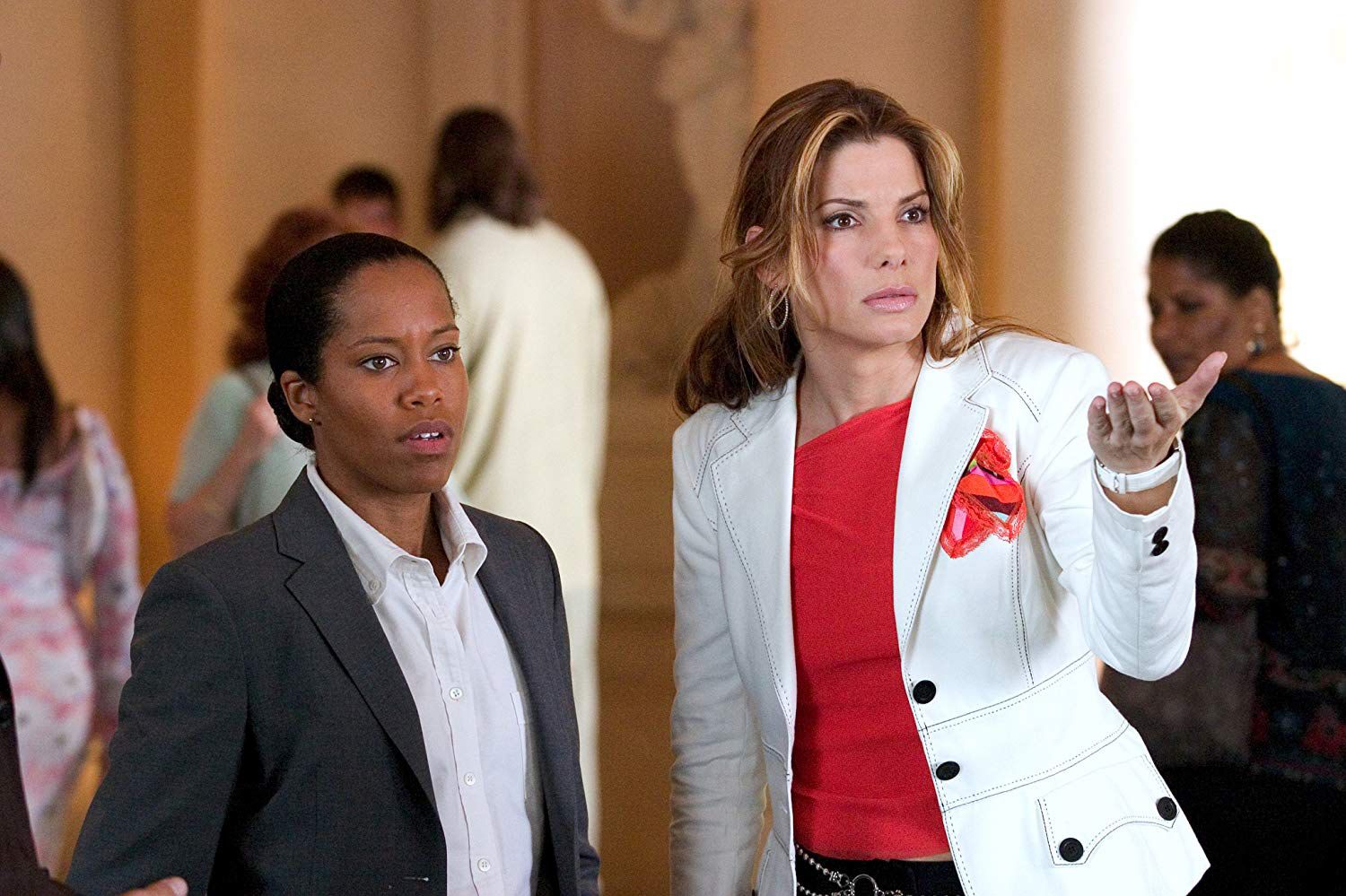 Not only did Sandra Bullock tour with her mother throughout Europe and take part in the performances, but she was expected to take on complex vocal roles from a young age.

She was trained throughout her childhood as a classical singer, taking lessons from both of her parents and practising constantly. 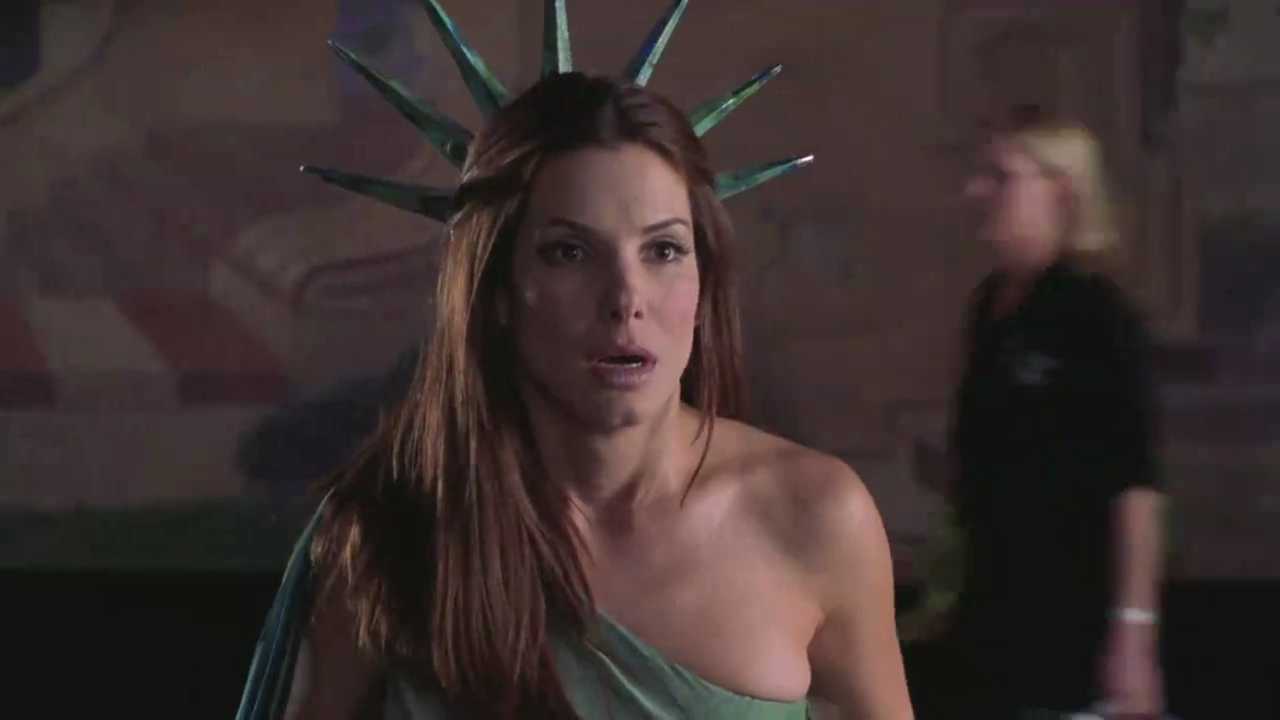 As she grew older, she even starred in a number of high school productions in singing roles, and she was expected to carry on down that path.

It was only when she went to Carolina University that she switched her focus away from singing, studying drama instead of musical theatre. 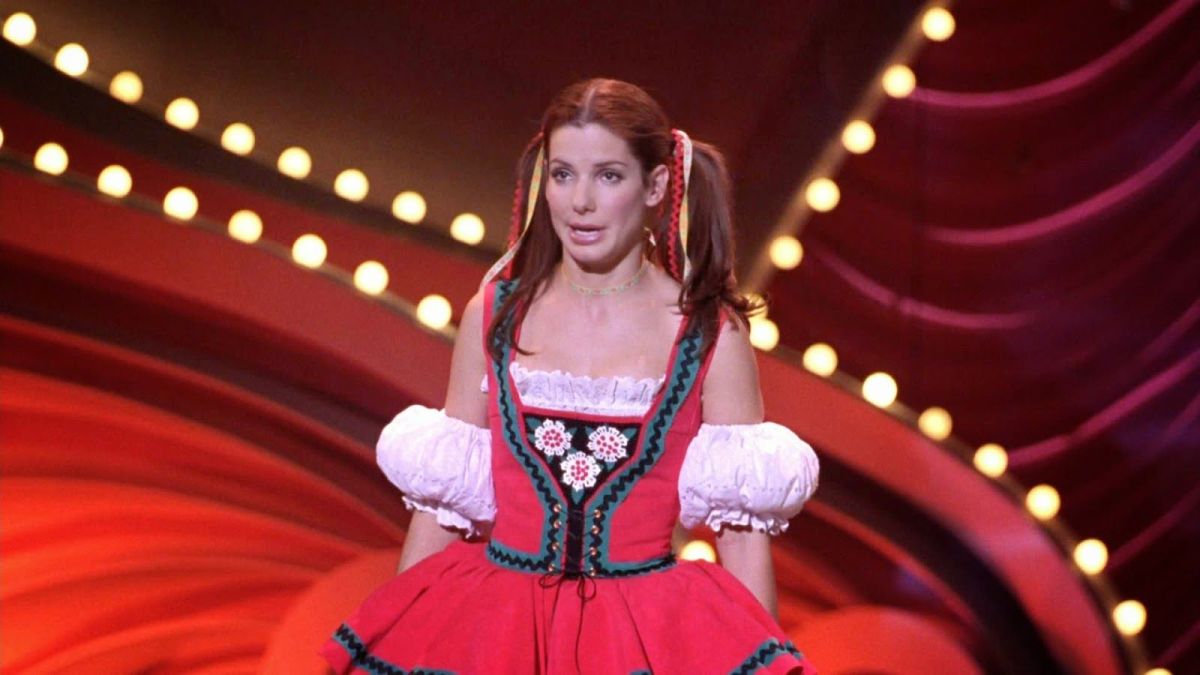 Once graduated, she moved to New York to pursue an acting career, and mostly left her singing skills behind.

She does occasionally utilise them though, either for comedic purposes or for a special concert.