10 Things You Might Not Have Realised About Kevin Bacon

He’s one of those actors that has appeared in so many more classic films than you realise, and he barely seems to have stopped working since he made his movie debut in 1978’s National Lampoon’s Animal House. Below are 10 things you might not have realised about the underrated talent that is Kevin Bacon.

10. He formed folk-rock band The Bacon Brothers with his brother Michael 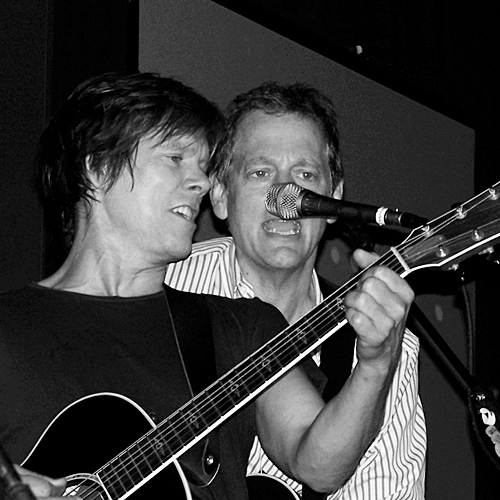 Kevin Norwood Bacon was born in Philadelphia to Edmund Bacon, who worked as an architect and once appeared on the cover of Time magazine, and his wife Ruth, a primary school teacher. Kevin is the youngest of six children, and has one other male sibling named Michael, with whom he formed folk-rock band The Bacon Brothers.

The toe-tapping duo had only originally planned to do a one night only performance in their hometown, but they have since gone on to release an impressive ten albums.

9. He mainly took up acting in order to be more successful with women 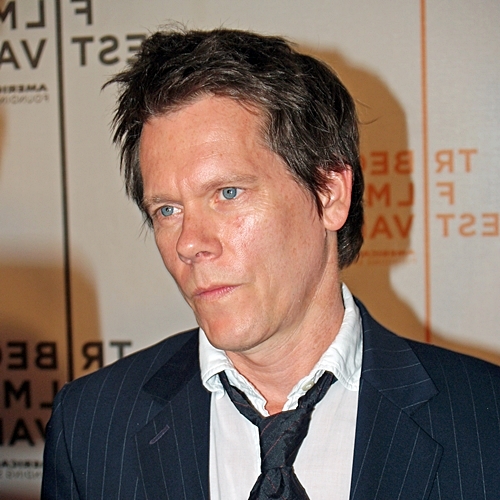 Bacon may be one of the most well regarded actors of the last few decades, but he has admitted that the main reason he decided to pursue a career as an actor was in order to become more successful with the opposite sex.

“I was super into being famous and wealthy,” the star once admitted. “And I know you hear it all the time, and I know it probably gets a little old, but I really thought that it would be a way to get girls.”

8. He made his Broadway debut alongside two future Hollywood greats 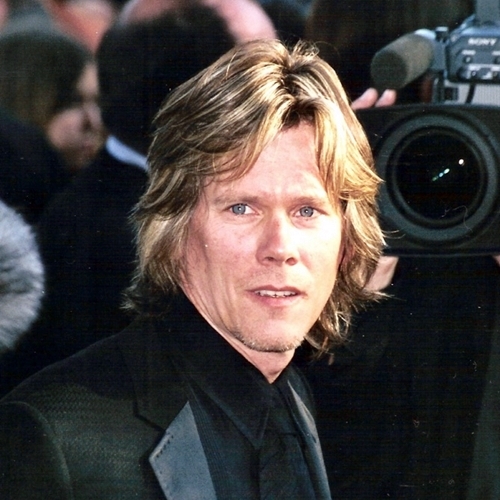 Bacon’s career certainly didn’t take off straight away, but a mixture of small film roles, soap opera parts and stage work meant that he soon built a name for himself.

In 1982 he made his Broadway debut in the play Slab Boys, in which he starred alongside two then unknown actors called Sean Penn and Val Kilmer.

7. Being ill with flu helped him land a major role in Diner 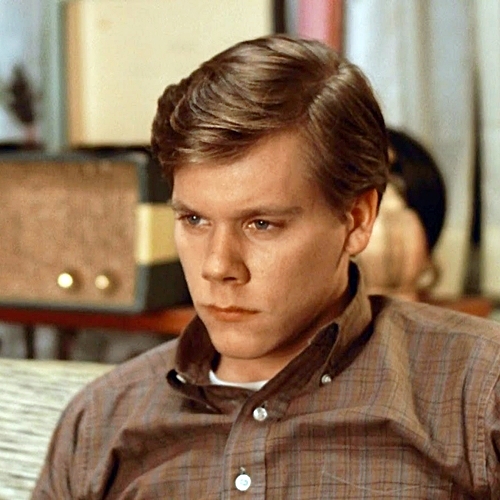 After roles in the likes of National Lampoon’s Animal House, Friday the 13th and Only When I Laugh, Bacon auditioned for a part in the 1982 Barry Levinson comedy-drama Diner.

After coming down with the flu just days before his audition, Bacon was not expecting to land one of the roles, but filmmakers decided that his “spaced out and not all there” performance would be perfect for the character Timothy Fenwick. 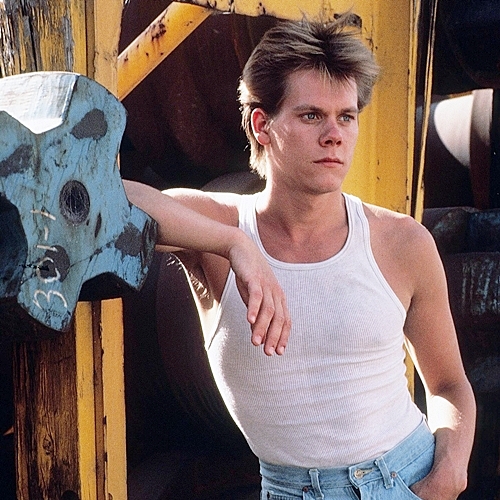 Bacon beat the likes of Tom Cruise, Rob Lowe and Kevin Costner to the role of Ren McCormack in the 1984 musical Footloose, and his conversation with the film’s director Herbert Ross even inspired the film’s title.

Bacon believed that a planned fight scene should instead be a dance sequence, telling the director “I gotta dance, I want to get footloose,” and not only did the director agree, but he also thought that Footloose would be a perfect name for the film.

5. He transformed himself from a leading man into a character actor 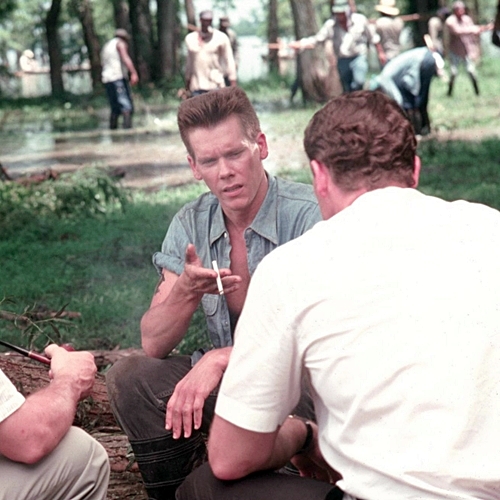 The success of Footloose led to Bacon being cast in a number of similar roles, but fears about being typecast led to him seeking a career as a character actor rather than a leading man.

“The only way I was going to be able to work on ‘A’ projects with really ‘A’ directors was if I wasn’t the guy who was starring,” Bacon was quoted as saying. He would experience something of a career resurgence when he took on smaller, more challenging roles in the likes of JFK and A Few Good Men. 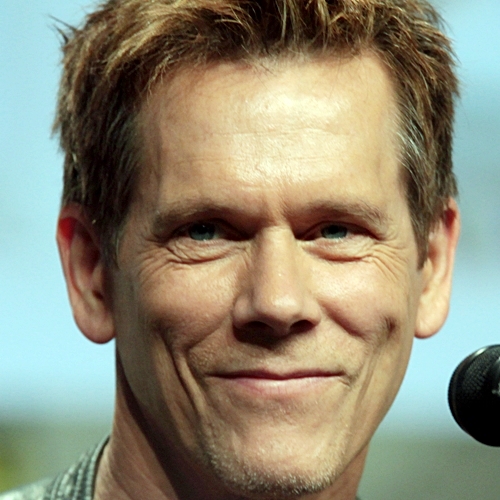 Bacon’s extensive filmography, which currently contains an impressive 73 films, inspired the creation of Six Degrees of Kevin Bacon, a movie connection game which assumes that the film role of any Hollywood actor can be linked to Bacon within six steps or less.

The game proved so popular that Bacon even used its name when he created the charity sixdegrees.org, which according to its website is ‘a game-changing nonprofit aimed at using everyday activities to connect people and causes.’

3. He occasionally wears a disguise in order to walk through crowds unnoticed 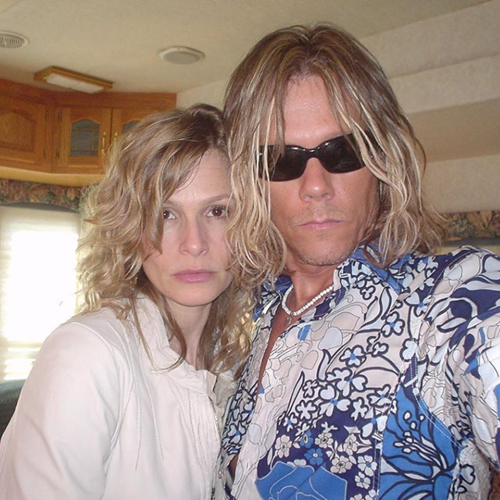 Bacon once hired a professional makeup artist to create a disguise, which included a brilliant looking blonde wig, that would allow him to walk through crowds without being noticed.

However, the star soon found that he wasn’t keen on being innocuous after all his years in the limelight, telling a talk show host “I hated it.”

2. He was named as one of the best actors never to have received an Oscar nomination 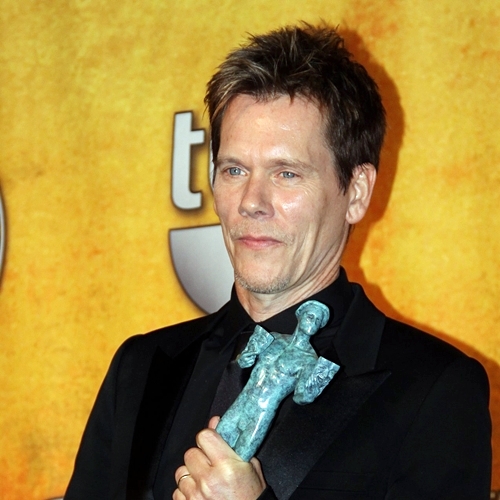 Bacon was once named by The Guardian as one of the best actors have never been nominated for an Academy Award, and when you look at the films in his back catalogue you’d be hard pressed to disagree.

Footloose, Tremors, Flatliners, JFK, A Few Good Men, Apollo 13, Sleepers, Hollow Man and Mystic River are just a small selection of the amazing films he has starred in during his four decade long career. 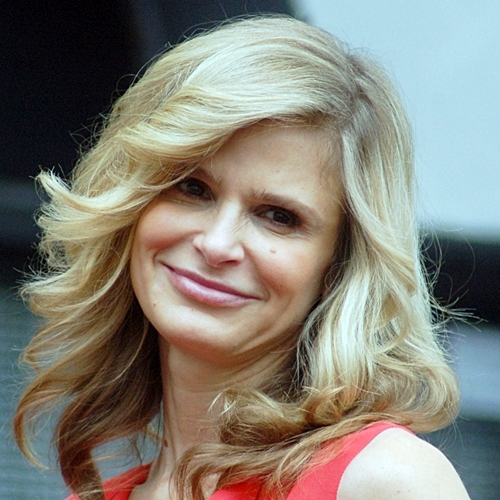 Bacon has for 33 years been married to Kyra Sedgwick, an actress who had roles in the films such as Born on the Fourth of July, but is perhaps best known for the TV shows The Closer and Brooklyn Nine-Nine.

The pair met on the set of the 1988 TV movie Lemon Sky at a time when Bacon was at a low point in his life and career. “The time I was hitting what I considered to be bottom was also the time I met my wife,” the star has been quoted as saying. “Our kids were born, good things were happening, and I was able to keep supporting myself, that always gave me strength.”