12 Things You Might Not Have Realised About Good Will Hunting

It’s the film that turned Matt Damon and Ben Affleck into household names, and one which saw the late Robin Williams give one of the best performances of his entire career.

We are of course talking about Good Will Hunting, the 1997 Gus Van Sant directed film that saw Damon play the titular Will Hunting, an unrecognised maths genius who visits a therapist after he is convicted of assaulting a police officer.

It tugs at our heart strings each and every time we watch it, so we thought it was about time we paid tribute to one of the best films of the entire 1990s, with the following 12 fascinating facts.

12. It started life as one of Matt Damon’s university assignments 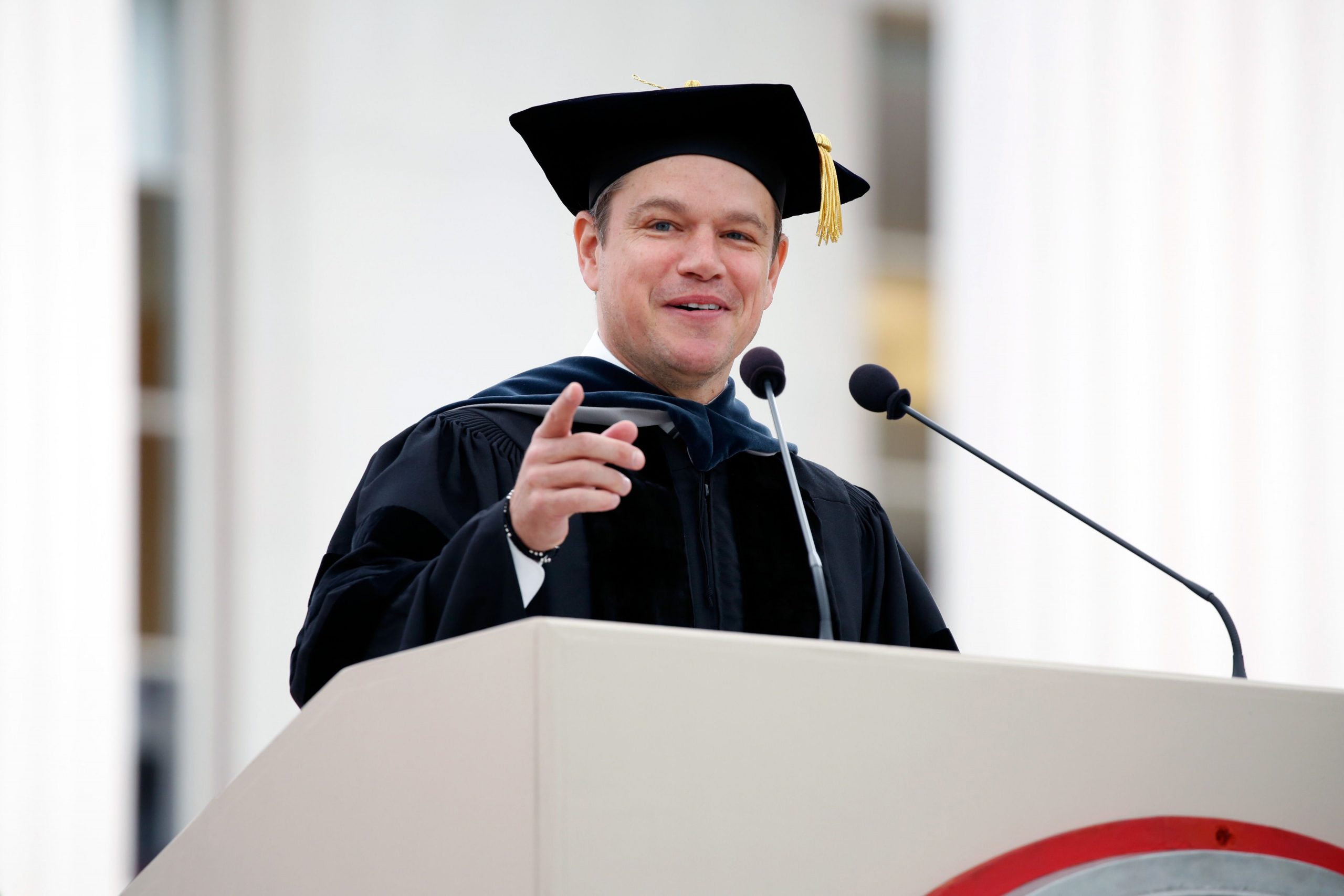 Good Will Hunting started life as a 40 page script that Matt Damon wrote for a play-writing class he was attending at Harvard University.

Damon later asked his good friend Ben Affleck to help him develop the script into a fully fledged screenplay, the first draft of which was a thriller about a gifted young man being recruited by the government.

11. Damon wrote his real-life girlfriend into the script 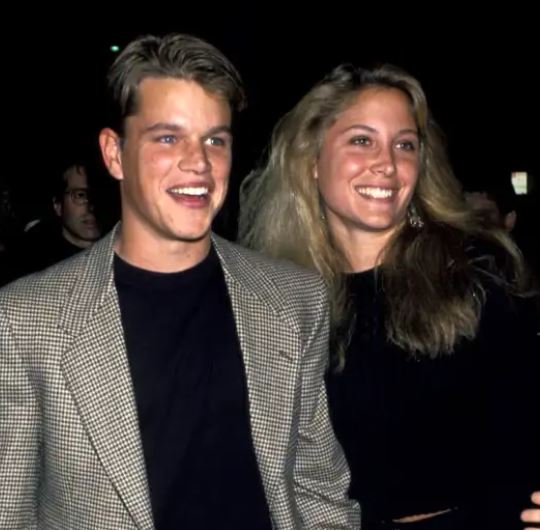 Matt Damon wrote Skylar Satenstein into the story, who was his real life girlfriend at the time and is listed in the film’s closing credits.

Damon has also revealed that the scene in which Will Hunting meets his therapist Dr. Maguire is the only scene that survived from his original 40 page script.

10. Robin Williams’ character was based on Matt Damon’s mum and Ben Affleck’s dad 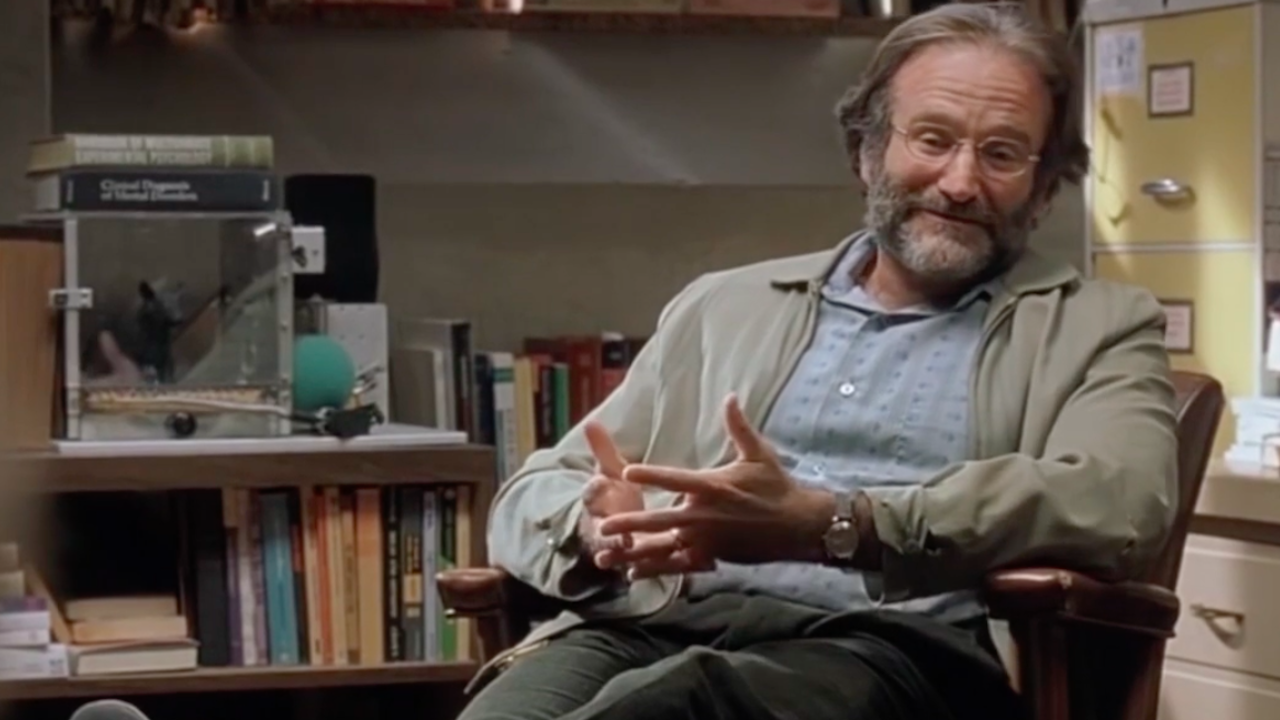 Dr. Sean Maguire, played to Oscar winning effect by the late Robin Williams, was based on two people who were very close to the film’s writers and stars.

Because the character is said to have been written as a cross between Matt Damon’s mother and Ben Affleck’s father.

9. It could have starred Brad Pitt alongside Leonardo DiCaprio 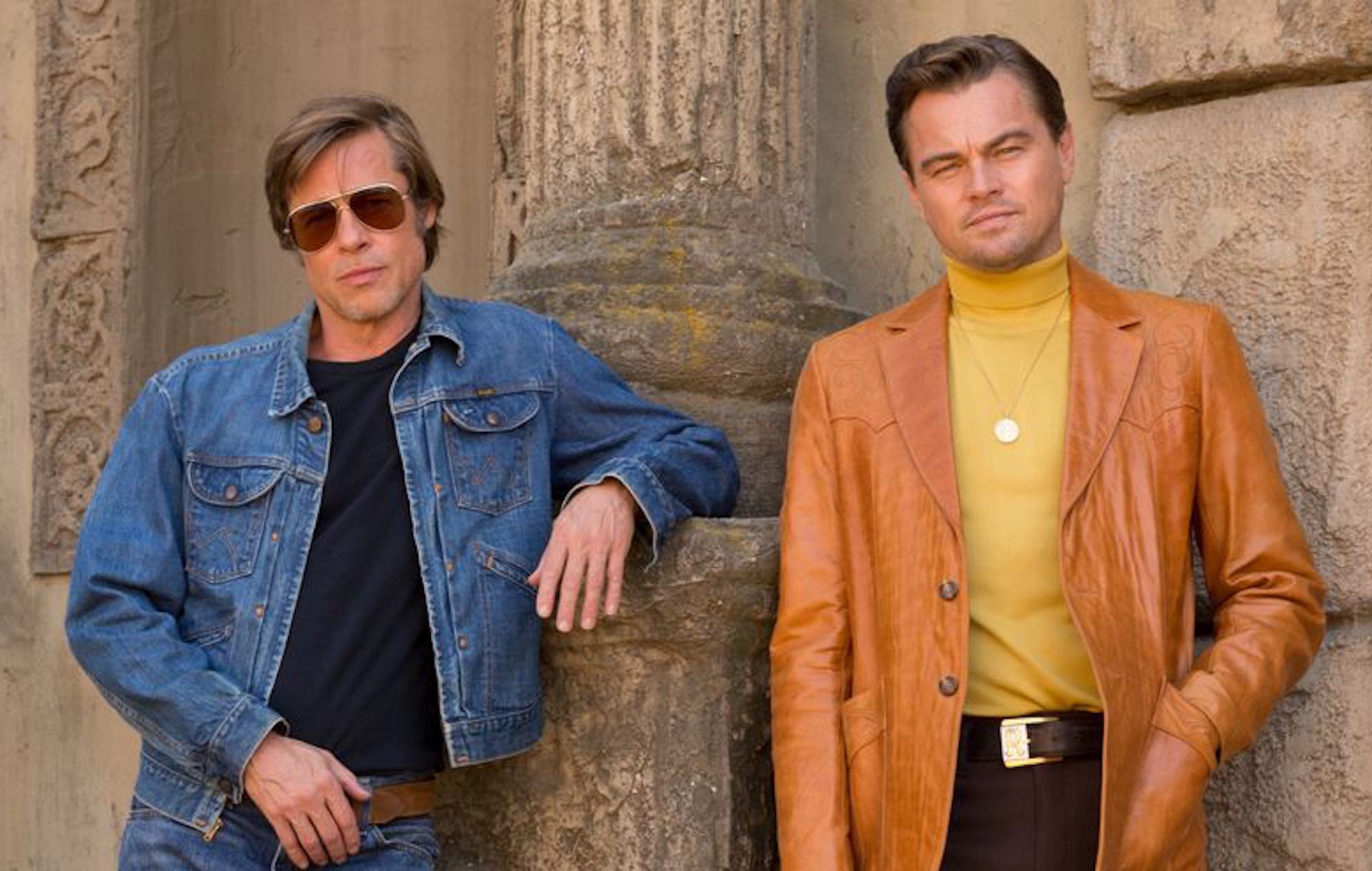 Although Matt Damon and Ben Affleck were always keen to play Will and Chuckie themselves, some studio executives pushed for Brad Pitt to star alongside Leonardo DiCaprio.

In addition to that, a number of directors were considered before Gus Van Sant was hired, including Mel Gibson, Michael Mann and Steven Soderbergh.

8. Damon and Affleck wrote a fake sex scene to establish who had actually read their script 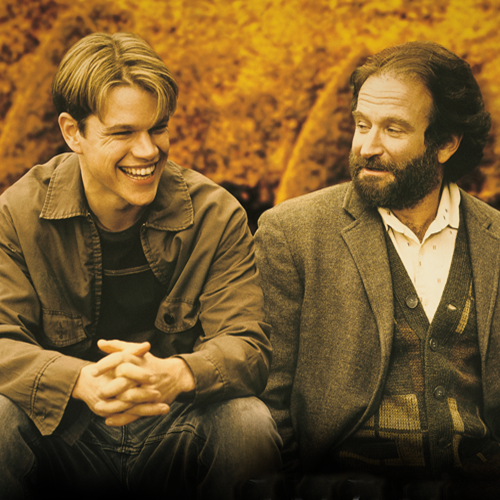 Matt Damon and Ben Affleck later revealed that they wrote an out of place sex scene into the film simply so they knew which producers had actually read their screenplay.

The disgraced producer Harvey Weinstein liked the script and commented on the strange sex scene, convincing Damon and Affleck to let Mirimax distribute the film. 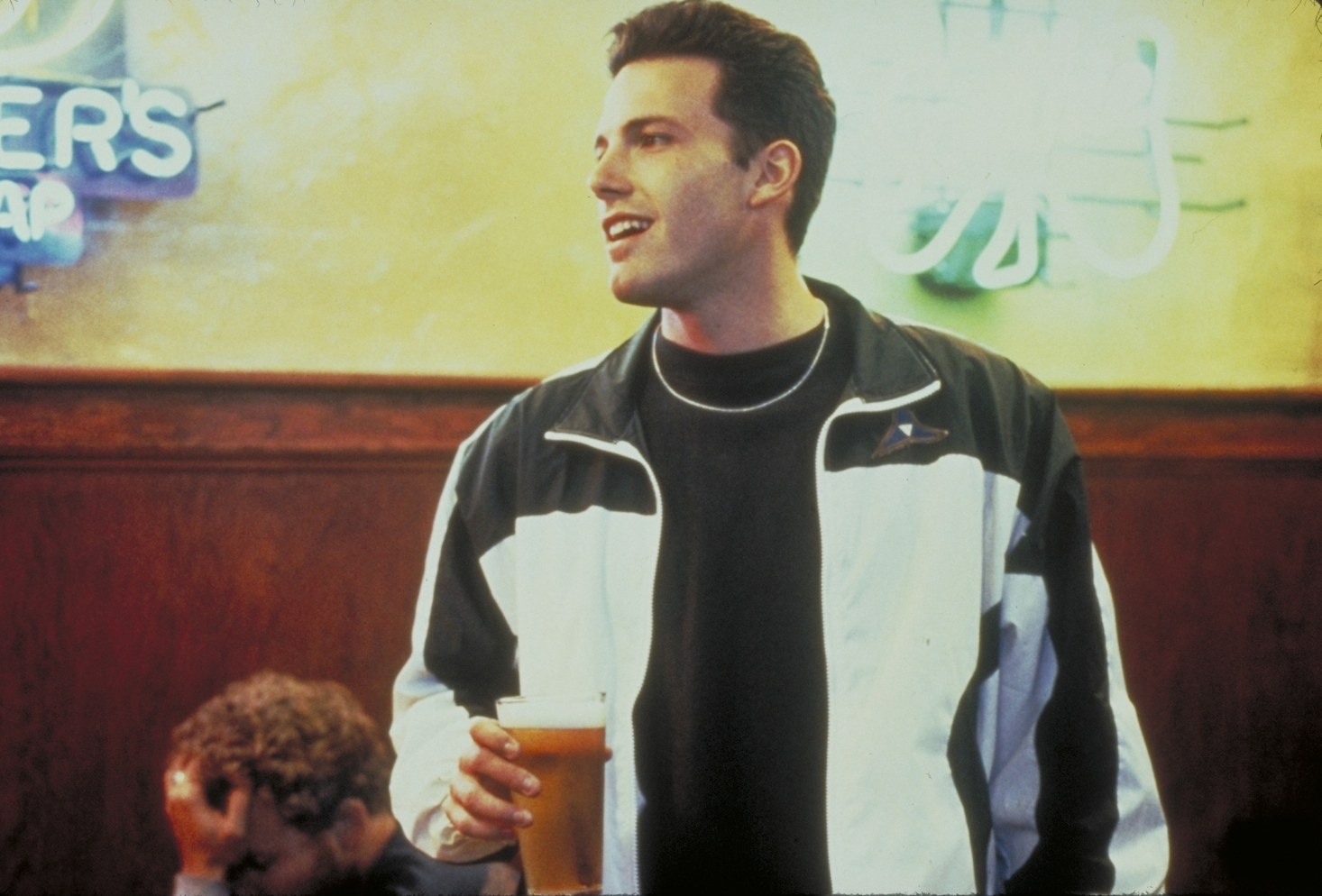 When Gus Van Sant was hired to direct the film, he insisted that Matt Damon and Ben Affleck write a scene in which Affleck’s character Chuckie is killed in a construction site accident.

The pair complied and wrote the scene, but after reading their work Van Sant decided that it wouldn’t work after all and scrapped the idea. 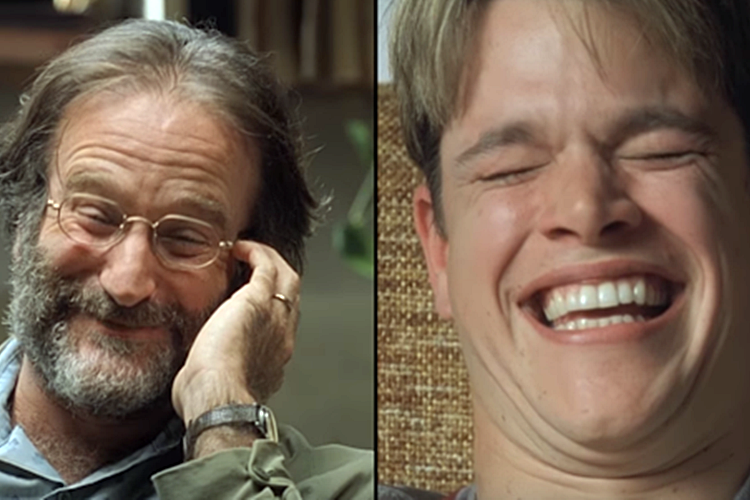 It will be no surprise to learn that Robin Williams was constantly ad-libbing during filming, and even the very last line in the film (“son of a b*tch stole my line”) was said to have been made up by the late comedy genius on the spot.

Another moment earlier in the film sees Williams’ character Dr. Maguire tell Will Hunting about his wife’s farts, which caused both Matt Damon and the film crew to fall into hysterics, and is the take you see in the completed film. 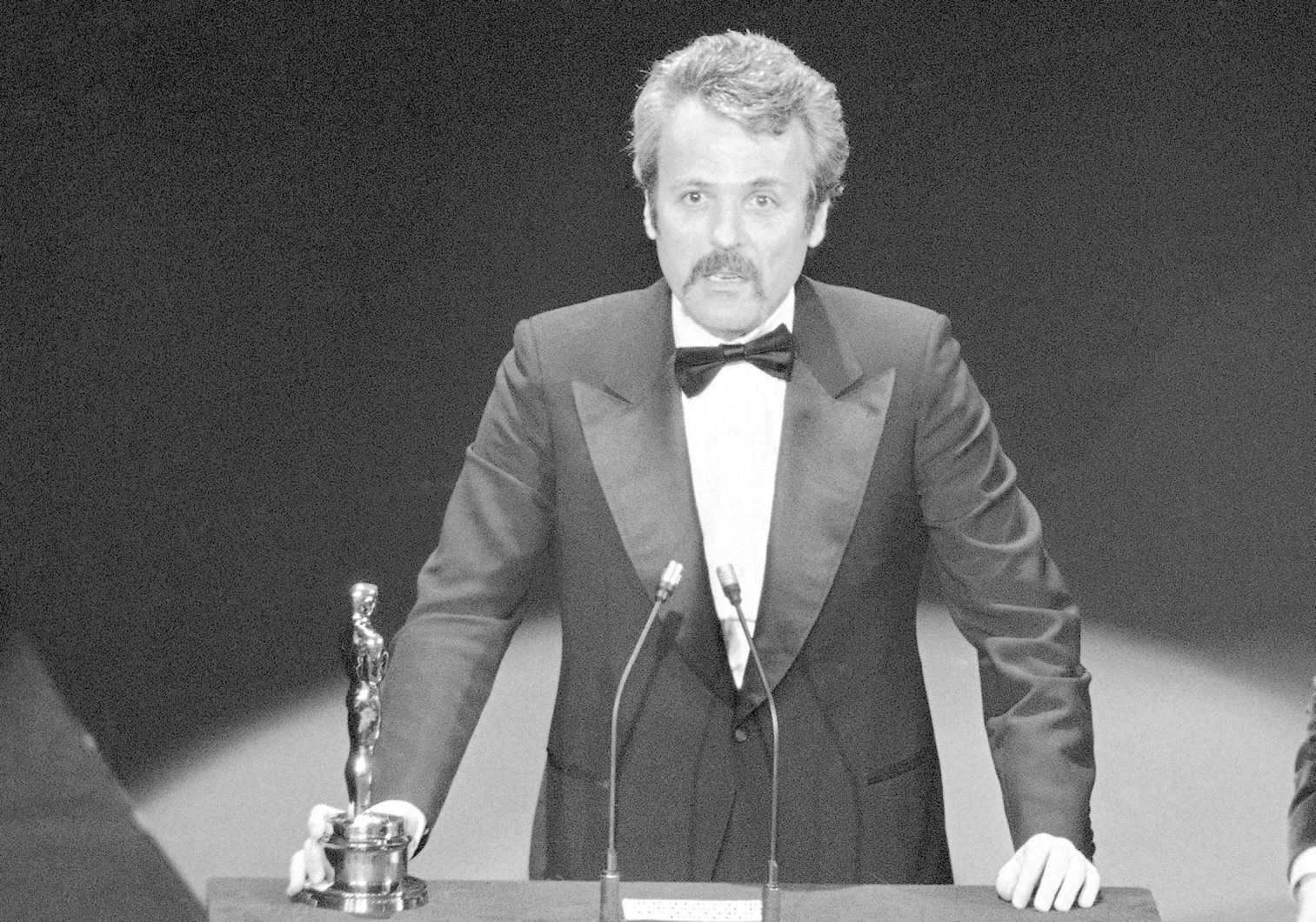 A common rumour about Good Will Hunting is that the late novelist and screenwriter William Goldman wrote, or at least helped Matt Damon and Ben Affleck to write, the film’s screenplay.

Goldman has denied this a number of times, clarifying that he did read the script, but only passed on a single piece of advice to the pair.

4. Matt Damon and Minnie Driver were dating for real during the film’s production 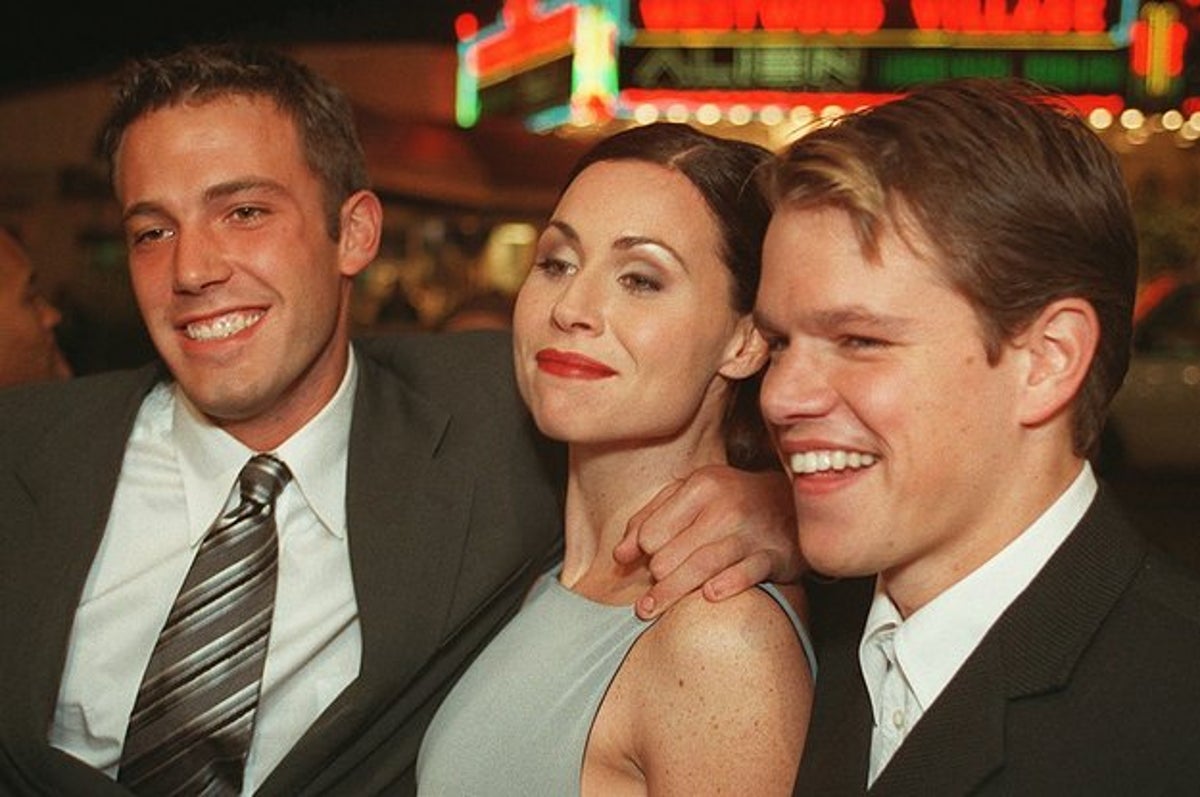 Matt Damon has revealed that he and Minnie Driver, who played his on screen girlfriend Skylar, dated for real whilst the film was being shot.

Unfortunately their relationship was short lived, with Damon recalling that “we split up very publicly that April, which was grim, and it turned from this beautiful thing into something so dark.”

3. The painting of the boat in Sean’s office was created by the film’s director 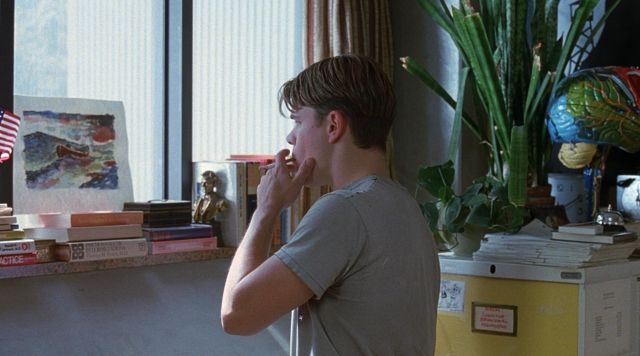 Remember the distinctive picture of a boat in Sean’s office that causes a great deal of friction between him and Will?

Well, the picture was painted by none other than Gus Van Sant, the film’s multi-talented director.

2. Matt Damon now admits that his hair in the film was a bad decision 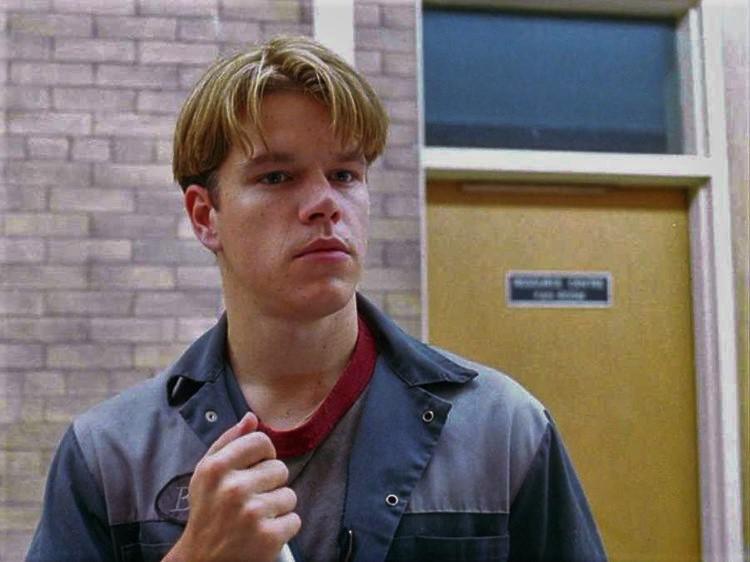 “If you look at Ben’s hair in that movie, it’s totally acceptable by today’s standards,” Damon continued, “but no, I wanted the frosted hair. I don’t know what my problem was.”

1. It was nominated for nine Academy Awards and won two 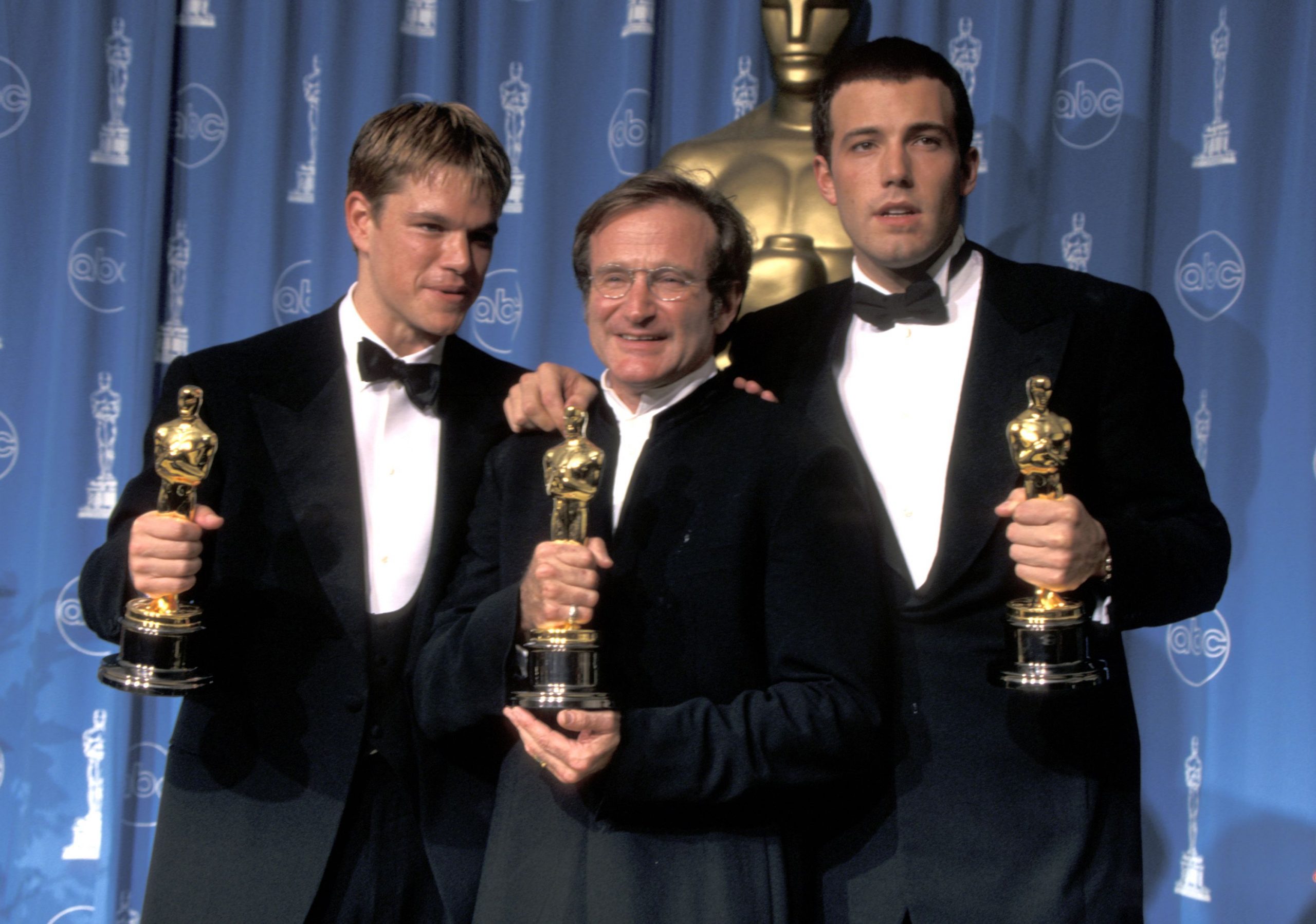 Good Will Hunting was a success with both critics and cinema goers, making $225 million at the box office from a budget of just $10 million.