10 Things You Might Not Have Realised About Gillian Anderson

She’s probably best known for seeking extraterrestrials and other unexplained phenomena in the classic 90s sci-fi series The X-Files, but Gillian Anderson has also wowed us recently with her performances in the likes of The Fall and The Crown, the latter of which saw her pick up a Golden Globe. Below are 10 things you might not have realised about one of the most talented actresses working today.

10. Her high school classmates voted her the person ‘most likely to be arrested’ 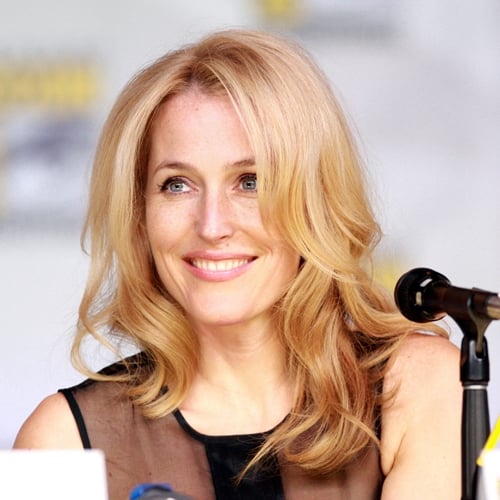 Born in Chicago, Illinois, Gillian Anderson’s family moved to Puerto Rico for 15 months when she was a baby, before relocating to London and then back to the United States when she was 11 years old.

Anderson, who has lived in London since 2002 after many years dividing her time between the UK and the US, was an extremely rebellious teenager who dressed as a punk, attended therapy at the age of 14 and was voted ‘most bizarre girl’ and ‘most likely to be arrested’ by her high school classmates.

9. Her brother died from a brain tumor at the age of 30 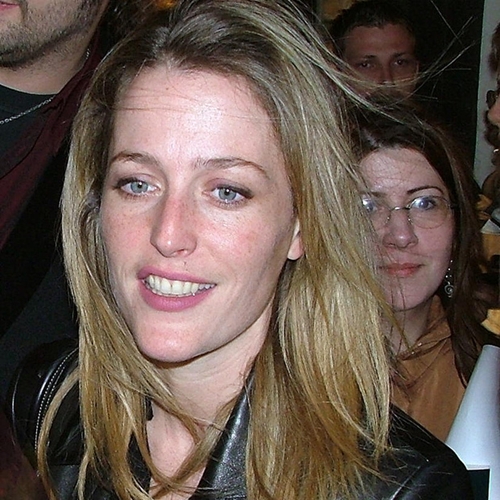 Anderson is the eldest of three siblings, though sadly her brother Aaron died from a brain tumor in 2011 at the age of 30.

Her sister Zoe, who Anderson once described as “an exceptional artist,” works as a ceramicist, creating pottery on a potter’s wheel.

8. She can easily switch between her English and American accents 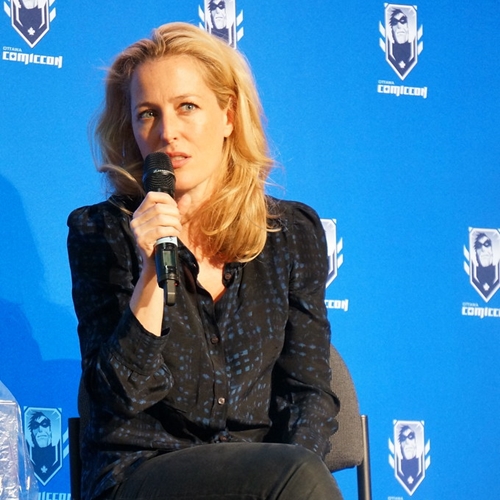 Her childhood living in London meant that Anderson was bullied for her English accent when she attended school in Grand Rapids, Michigan. She quickly adopted a mid-western accent to fit in with her contemporaries which led to her becoming bidialectal, referring to someone who can easily switch between different dialects of a language.

When once asked if she considers herself to be English or American, Anderson replied “I don’t know what the answer to that question is. I know that I feel that London is home and I’m very happy with that…In terms of identity, I’m still a bit baffled.”

7. She once vowed never to work in television 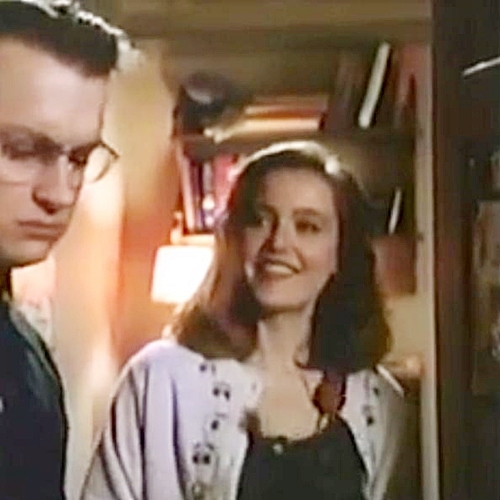 Anderson moved to New York at the age of 22 to pursue a film career, vowing to never work in television until a year out of work changed her mind.

“First of all I swore I’d never move to Los Angeles, and once I did I swore I’d never do television.” the actress recalls. “It was only after being out of work for almost a year that I began going to auditions on some stuff that prayed I wouldn’t get because I didn’t want to be involved in it.”

6. X-Files’ producers didn’t believe she had enough sex appeal for the role 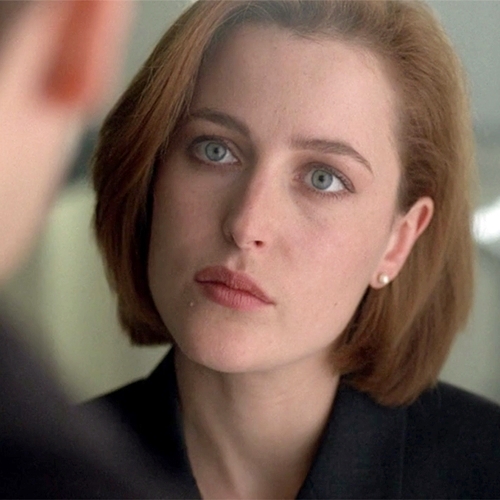 After making a guest appearance on the TV show Class of ’96, Fox Network sent Anderson the script for The X-Files, with the actress remembering that “for the first time in a long time the script involved a strong, independent, intelligent woman as a lead character.”

Fox were keen to hire an actress with more experience and “greater sex appeal,” but The X-Files’ creator Chris Carter insisted that she be given the role.

5. She is the first actress to receive Golden Globe, Emmy and SAG Awards in the same year 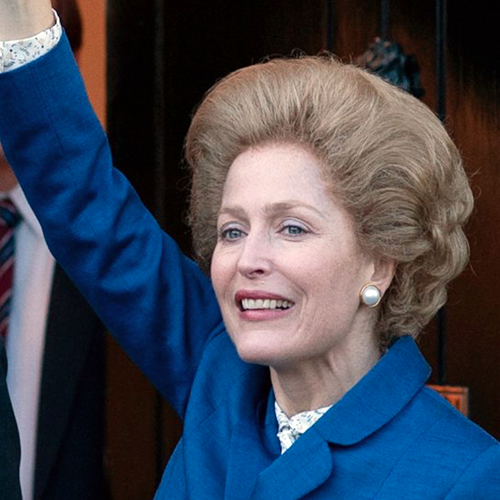 Her performance as Dana Scully over nine seasons – and two films – of The X-Files led to Anderson becoming the first actress to receive a Golden Globe, Emmy and Screen Actors Guild Award in the same year.

In total the role saw Anderson nominated for an impressive 17 major awards, and she would pick up further Golden Globe and Screen Actors Guild statuettes for her portrayal of Margaret Thatcher in the fourth season of Netflix’s The Crown.

4. She started an employment phenomenon known as ‘The Scully Effect’ 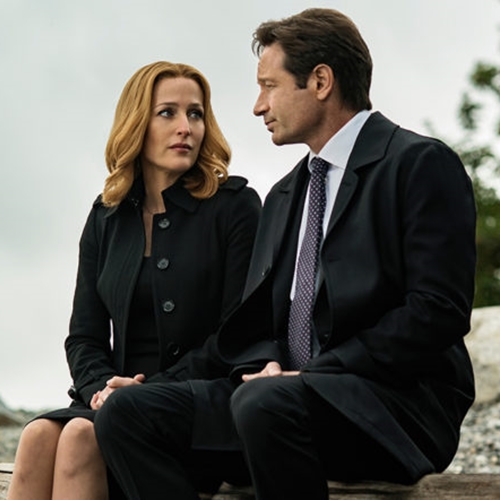 The unprecedented success of The X-Files was said to have inspired an increase in the number of women seeking jobs in the areas of science, medicine and law enforcement.

This phenomenon, which has even been studied by academics, became known as ‘The Scully Effect.’

3. She identifies as heterosexual despite having been in relationships with women 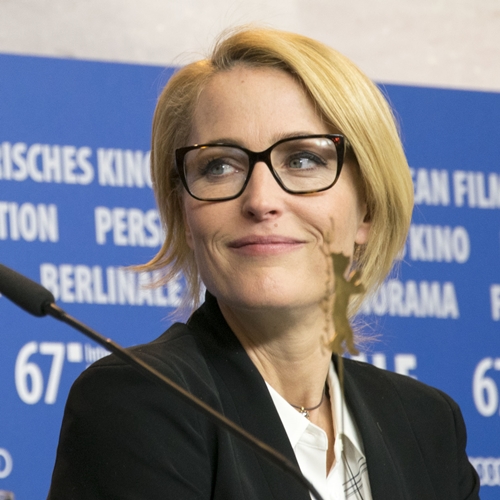 Anderson, who identifies as heterosexual and has been married twice, has also been open about her previous relationships with women.

“I am an actively heterosexual woman who celebrates however people want to express their sexuality,” she revealed in a 2014 interview, adding a year later that “to me a relationship is about loving another human being, their gender is irrelevant.”

2. She has co-written a science fiction book trilogy 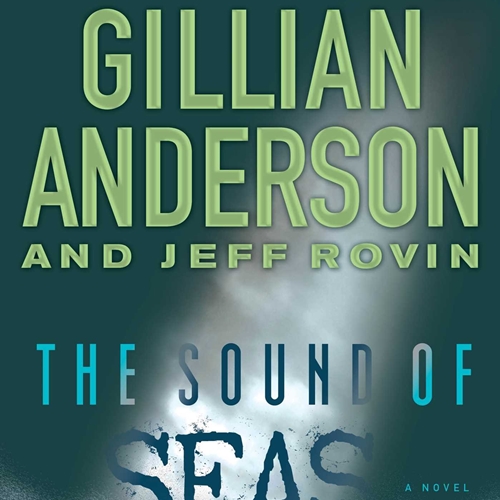 Alongside the American magazine editor, columnist and author Jeff Rovin, Anderson has written a trilogy of science fiction novels that are known collectively as The Earthend Saga.

Telling the story of a child psychologist who investigates a series of unexplained supernatural incidents involving young people, the series – which Anderson has revealed is also being adapted into a TV series – started with the release of A Vision of Fire in 2014, continued with A Dream of Ice a year later, and concluded with The Sound of Seas in 2016.

1. She has described herself as having “feminist bones” 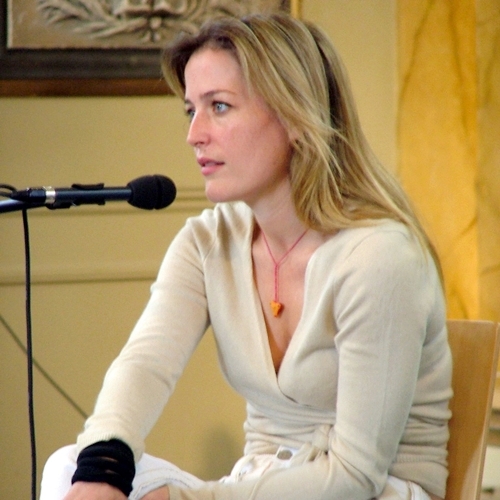 Anderson is a committed feminist who supports a number of different women’s organisations, including the Feminist Majority Foundation.

In a 2014 interview Anderson was quoted as saying “I have feminist bones, and when I hear things or see people react to women in certain ways I have very little tolerance.”