It may only seem like yesterday that it hit our cinema screens, but the classic comedy film Father of the Bride is now nearly three decades old!

Released in 1991 and starring Steve Martin, Diane Keaton and Martin Short alongside many other talented actors, Father of the Bride tells the story of George Banks, a successful businessman who decides that he simply does not want to give away his newly engaged daughter on her wedding day.

Below are 10 things that you might not have realised about Charles Shyer’s extremely successful and popular film. 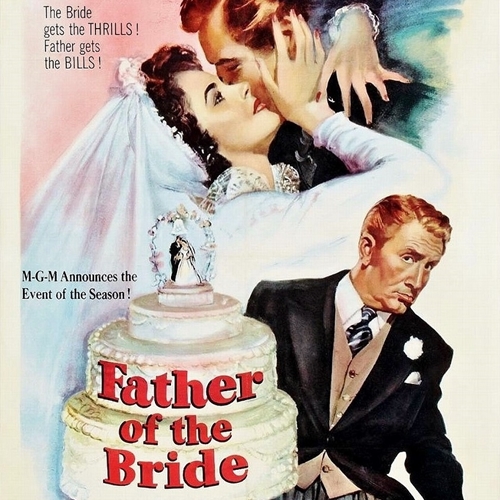 Father of the Bride is a remake of a film released in 1950 of the same name.

The original version saw Spencer Tracy star in the lead role in place of Martin, a performance for which he was nominated for an Academy Award.

9. Tom Irish played the same character in both films 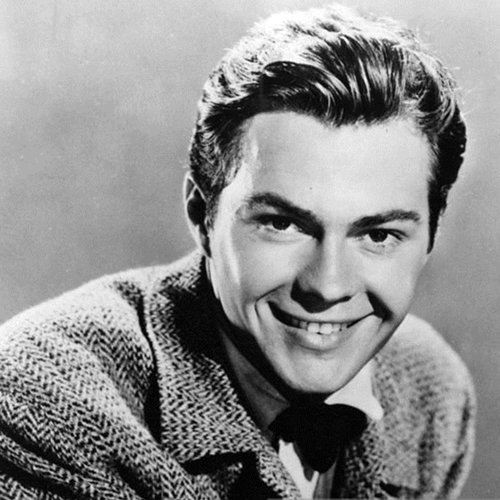 Unbelievably, Tom Irish plays relative Ben Banks in both the original film, in which he was making his film debut, and in the 1991 remake, which was his last ever on screen appearance.

The actor, who also starred in the classic film Seven Angry Men, passed away on 14th December 2010.

8. Steve Martin agreed to star in the film before the script had even been written 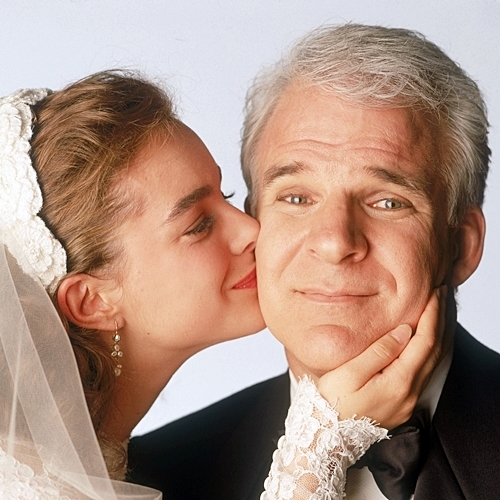 Comedy legend Steve Martin agreed to star in the film before Charles Shyer and Nancy Meyers had even started writing the script.

7. Phoebe Cates was the first choice to play the bride 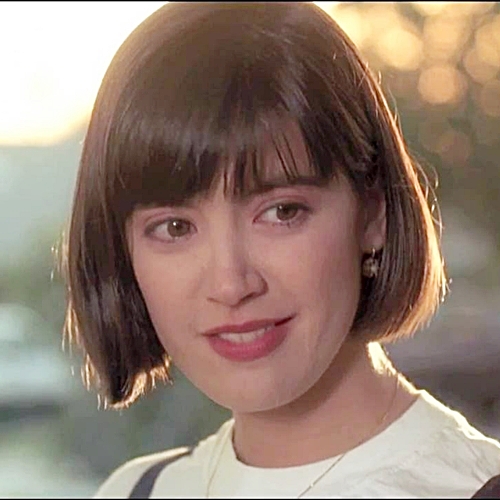 Fast Times at Ridgemont High and Gremlins star Phoebe Cates was first choice for the role of bride-to-be Annie Banks.

Cates was pregnant at the time, however, so filmmakers instead opted for newcomer Kimberly Williams, who made her film debut with the project.

6. The studio didn’t want to hire Diane Keaton because they thought she was box office poison 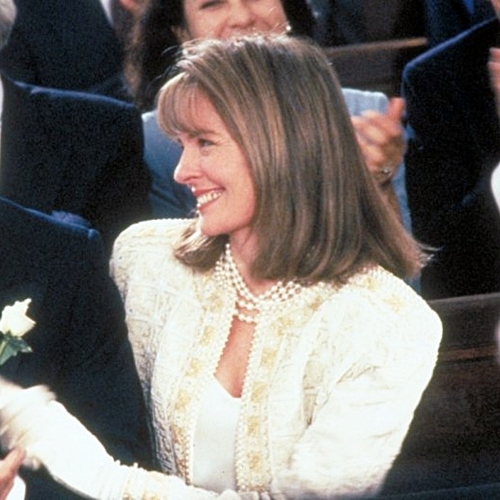 Keaton later revealed that the film studio was not initially keen to sign her up due to what they saw as her poor history at the box office, but Meyers and director/co-writer Charles Shyer eventually managed to change producers’ minds.

5. The wedding would have cost a quarter of a million dollars in real life 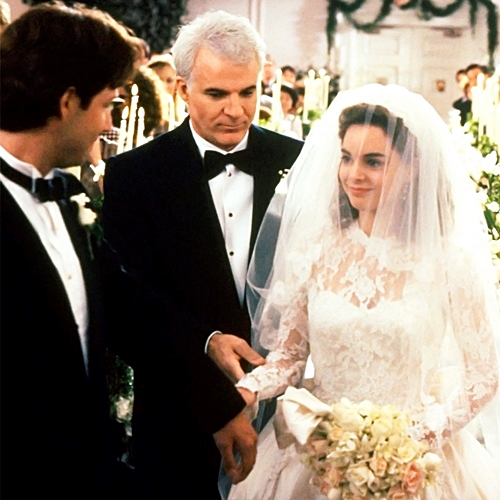 Someone with a lot of time on their hands has managed to work out the real-life cost of a number of film weddings, including the ones that feature in Bridesmaids and Sex and the City.

They claim that the wedding in Father of the Bride would have cost a quarter of a million dollars, which is not too surprising when you consider that over 500 guests appear to have been invited!

4. It earned more than six times its original budget at the box office 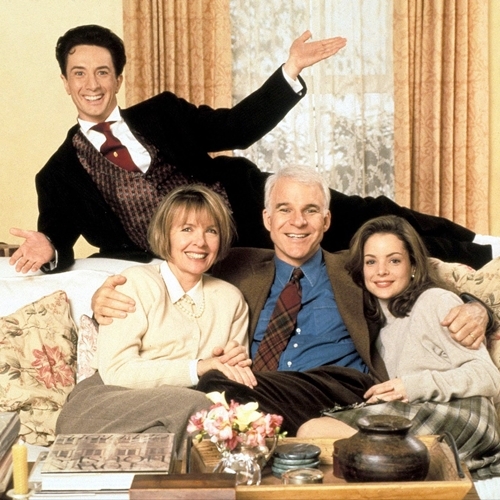 Father of the Bride was a big box office success, making a total of $129 million across the globe from a budget of around $20 million.

Its popularity meant that a sequel was inevitable, and Father of the Bride Part II was released four years later, to a rather more lukewarm critical and commercial response.

3. It was the first time Steve Martin liked himself in a film 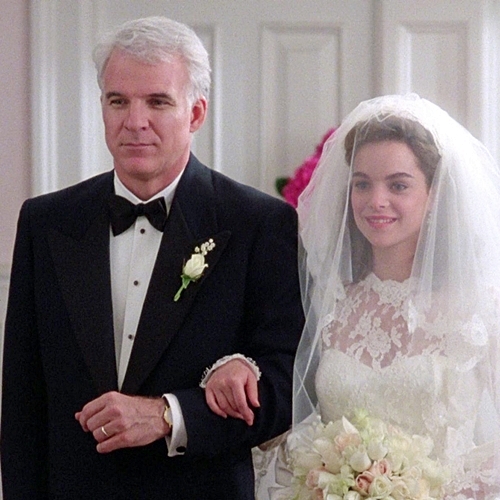 Steve Martin was used to starring in more wacky films, and Father of the Bride was part of his transition to more conventional ‘dad’ roles. “I’m not doing wild and crazy comedy anymore,” Martin was quoted as saying. “I’d look really foolish if I were doing those kinds of comedies now. I’m not the same age as I was, I’m wiser than I was.”

Martin also revealed that Father of the Bride was the first time “I looked at a movie I was in and liked myself.”

2. There were rumours that a second sequel was being made 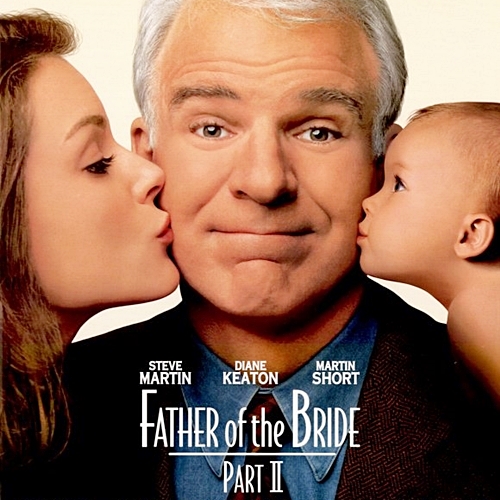 About five years ago, rumours emerged that Steve Martin had signed up to star in a third film in the series.

Reports suggested that the second sequel would have seen Annie’s now grown-up younger brother Matty Banks engaged to a man, but Steve Martin denied that he was involved, and nothing has been heard about the project since.

1. A remake is currently in development at Disney 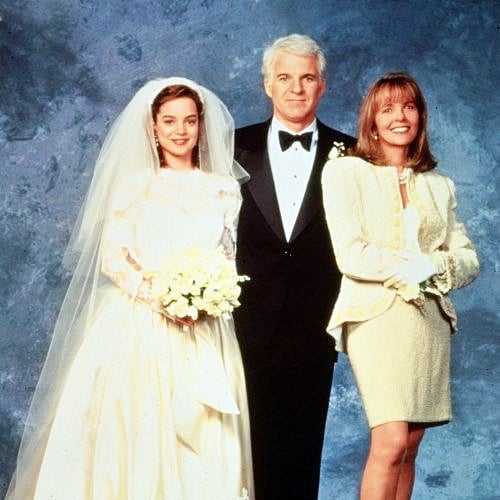 In 2018 it was revealed that a Father of the Bride remake was in development at Walt Disney Studios.

The remake is one of a number of films that are planned to be released as exclusive content for Disney’s new streaming platform Disney+.