10 Things You Might Not Have Realised About Desperately Seeking Susan

A popular comedy-drama that saw Queen of Pop Madonna teaming up with the talented Rosanna Arquette, Desperately Seeking Susan told the story of a bored housewife and a drifter being linked by messages in a newspaper’s personal column.

Below are 10 things that you might not have realised about the film that many consider to be one of the very best of 1985.

10. The original plan was to have Goldie Hawn star alongside Diane Keaton 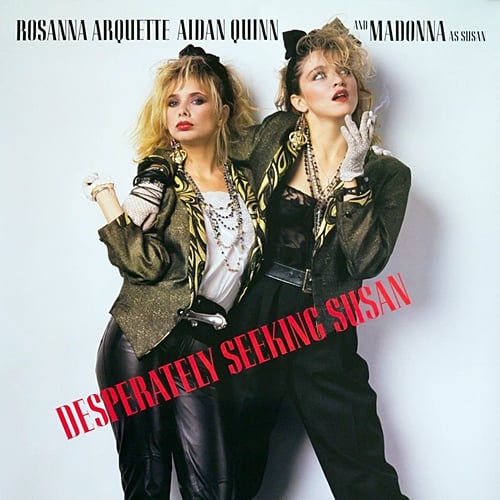 The Desperately Seeking Susan filmmakers originally planned to have Goldie Hawn star alongside Diane Keaton, but director Susan Seidelman was keen to appeal to younger audiences so decided to cast Rosanna Arquette and Madonna instead, the latter of whom beat Jennifer Jason Leigh and Ellen Barkin to the role.

Musician Suzanne Vega was also said to have auditioned for the part that Madonna would win, and Bruce Willis was in the running to play the character Dez, a role that would eventually be handed to Aidan Quinn. 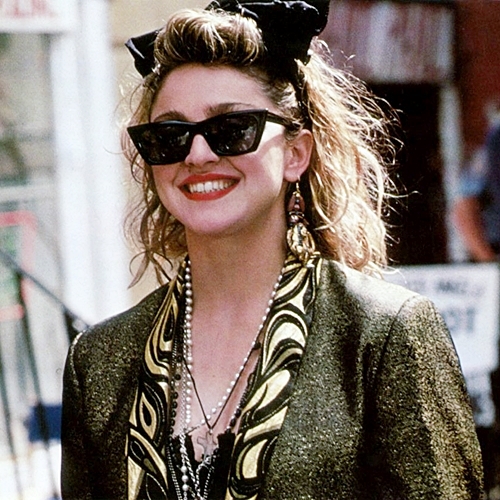 It was revealed in the 1996 Desperately Seeking Susan DVD commentary that producers actually asked Madonna to take acting lessons after her first audition disappointed them.

Madonna did just that, and although her second audition was not much of an improvement, her presence, style and personality was enough to land her the role.

8. Arquette was reportedly jealous of the attention Madonna received 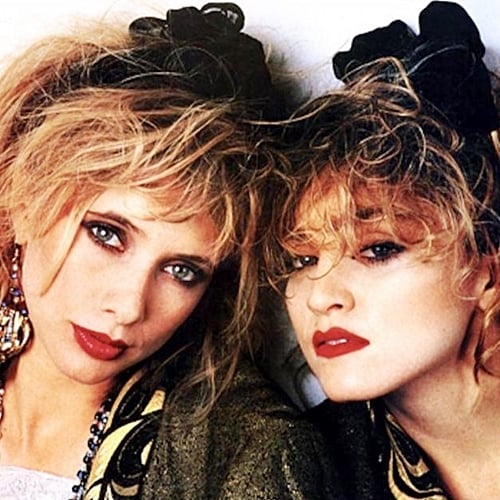 Some reports at the time suggested that Rosanna Arquette was jealous of all the attention Madonna was getting from starring in the film.

The jealousy allegedly stemmed from the fact that Arquette’s character Roberta was supposed to be the main character, but Madonna’s Susan was proving to be far more popular on-set.

7. It was Madonna’s first film role 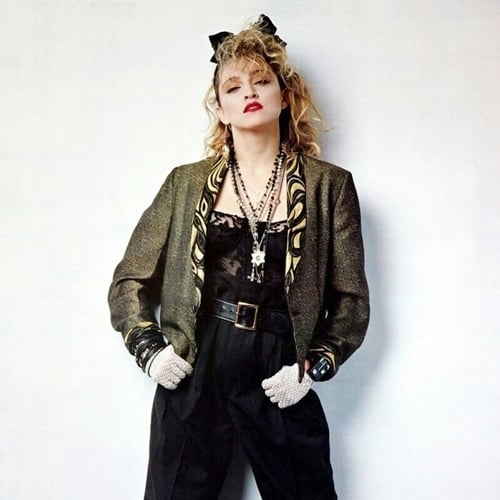 She’s been seen on the big screen a number of times since, but Desperately Seeking Susan was Madonna’s very first film role. The critics of the time were impressed, with The New Yorker’s Pauline Kael referring to her as “an indolent, trampy goddess.”

The film also saw early roles for a number of other actors who would go on to have successful careers, including John Turturro, Aidan Quinn, Laurie Metcalf and Steven Wright.

6. The film was cut to achieve a PG-13 rating in order to appeal to Madonna’s teenage fans 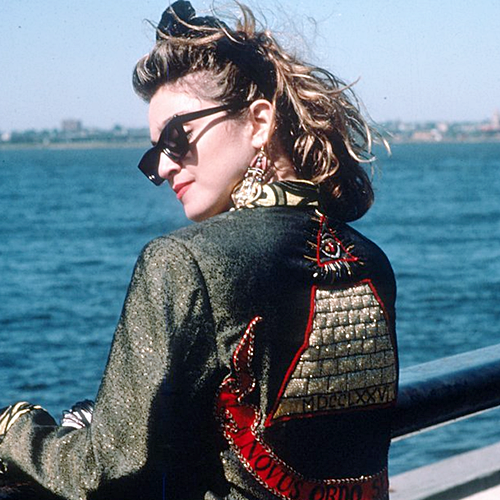 Desperately Seeking Susan was originally intended to have an adults-only R rating, but due to the fact that it was being released at the height of Madonna’s popularity as a pop star, the filmmakers decided to make cuts.

Orion Pictures were especially keen for the film to have a PG-13 rating, so that Madonna’s teenage fans could watch it and improve its box office performance.

5. One of the shooting locations was a nightclub that gave Madonna her first break 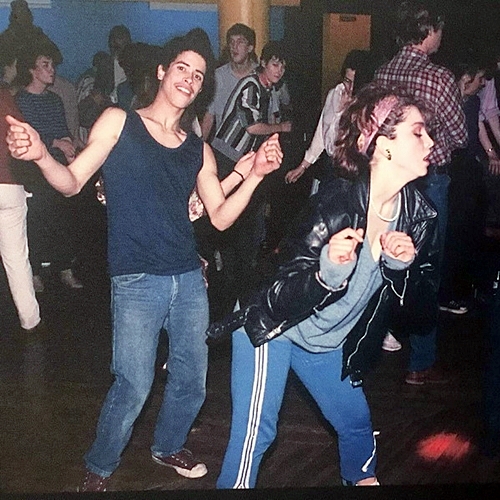 Some of The Magic Club interior shots were filmed at a New York nightclub that was of particular relevance to Madonna.

Danceteria, which consisted of four floors and operated from 1979 until 1986, also gave Madonna her first break in the music business.

4. An Egyptian-themed alternative ending was removed after negative reactions from test audiences 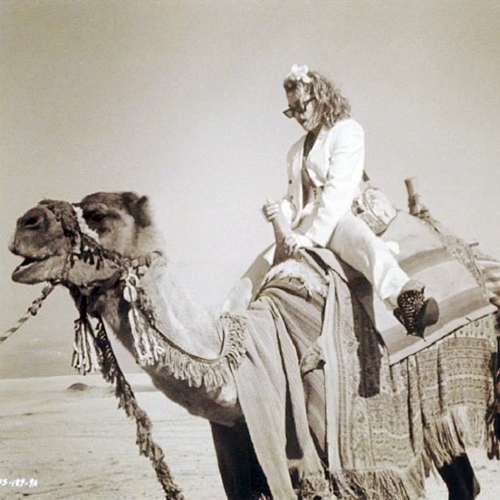 Desperately Seeking Susan’s alternative ending, as featured on the deleted scenes section of its DVD, would have seen Susan and Roberta being invited to Egypt after helping to return the earrings, where they are seen next to the pyramids riding camels.

Director Susan Seidelman decided to cut the scene completely, agreeing with test screening audiences that it was completely unnecessary.

3. Madonna recorded a song called Desperately Seeking Susan that was cut from the film 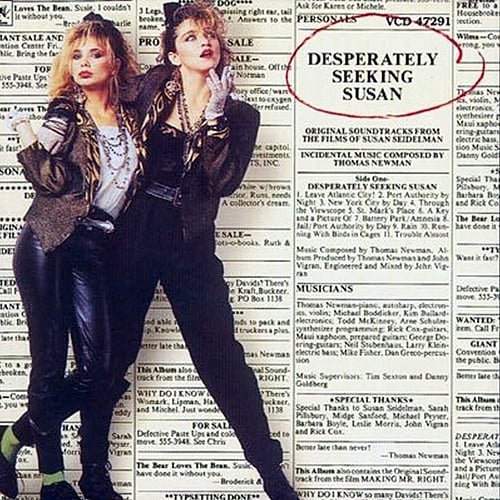 Madonna recorded a song called Desperately Seeking Susan especially for the film, but filmmakers ended up using her track Into the Groove instead, which at the time only existed in demo format.

Unfortunately, despite being heard in the film, Into the Groove did not feature on the soundtrack, because Madonna’s record label had restrictions that prevented her songs from appearing on albums alongside other artists.

2. Rosanna Arquette won a BAFTA for her performance 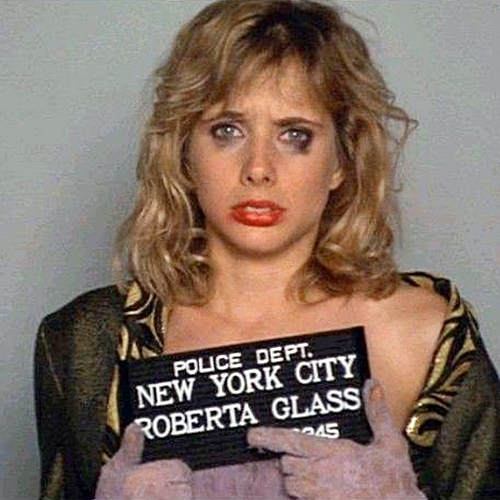 Rosanna Arquette won the Best Actress in a Supporting Role BAFTA for her performance as Roberta, despite some thinking that she should not have been nominated in the ‘supporting’ category.

Not only was Arquette the film’s lead actress, but she also had more scenes and lines than Madonna. This was reflected in her Golden Globe nomination for Best Actress in a Comedy or Musical, which she sadly failed to win. 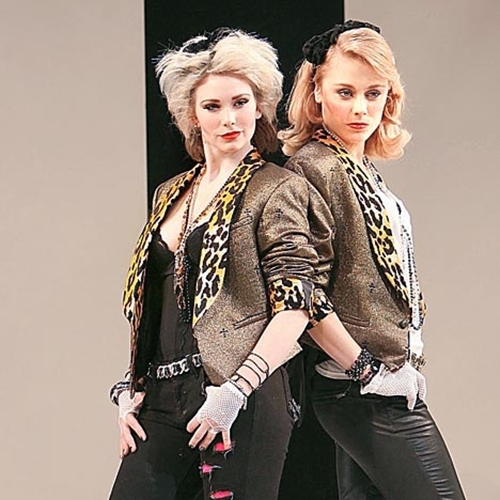 Desperately Seeking Susan was adapted into a poorly received musical that was first seen in London’s Novello Theatre.

The musical, which featured music and lyrics written by Blondie’s Debby Harry, premiered on 15th November 2007.