10 Things You Never Knew About About The Fisher King

Ex-Monty Python member Terry Gilliam has directed some fabulously weird and wonderful films over the years. From Time Bandits, Brazil and The Adventures of Baron Munchausen in the 1980s, to 12 Monkeys, Fear and Loathing in Las Vegas and The Brothers Grimm in the 1990s and beyond, his work never fails to impress and surprise.

But one piece of Gilliam’s work that is often overlooked is his comedy-drama The Fisher King, which stars the late Robin Williams alongside Jeff Bridges, and tells the story of a radio ‘shock jock’ who goes on a bizarre and fantastical journey of redemption.

Below are 10 things you might not have realised about the film, which was released all the way back in 1991 and which, according to Peter Travers of Rolling Stone magazine, “sweeps you up on waves of humor, heartbreak and ravishing romance”.

10. The film was originally so similar to Rain Man it had to be rewritten 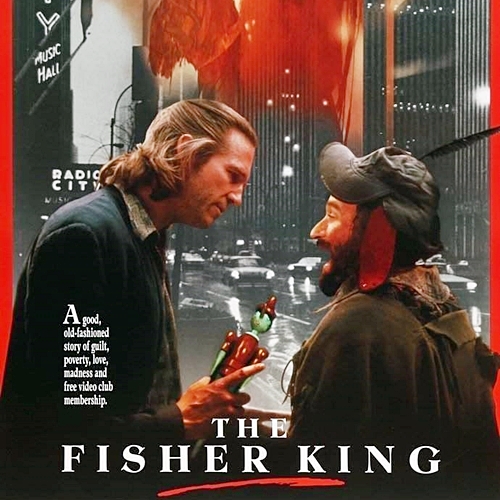 The Fisher King’s writer Richard LaGravenese had to throw out the first draft of his script after the Oscar-winning Rain Man was released.

LaGravenese was concerned that the 1988 Tom Cruise and Dustin Hoffman film was far too similar to the idea he had conceived, so immediately went back to the drawing board.

9. At one point James Cameron was to direct with Billy Crystal starring 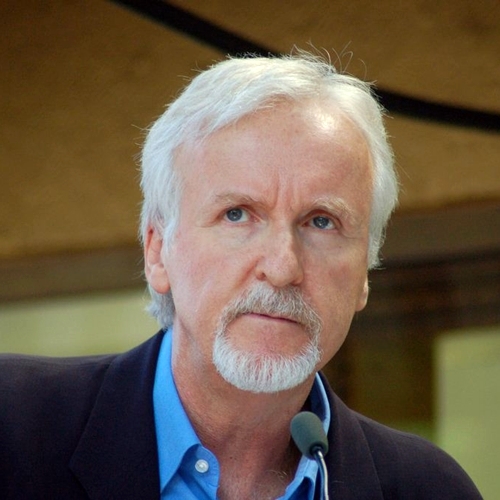 At the very early stages of production, a promise was given to James Cameron that he would be able to direct the film, and Billy Crystal was at that time the favourite to play Jack.

When the project was moved to TriStar Pictures, producers were keen to hire Terry Gilliam, although one studio executive who had worked with Gilliam on his previous (failed) film apparently said Gilliam would get the job “over my dead body.”

8. Terry Gilliam chose the film because he was tired of directing big budget films 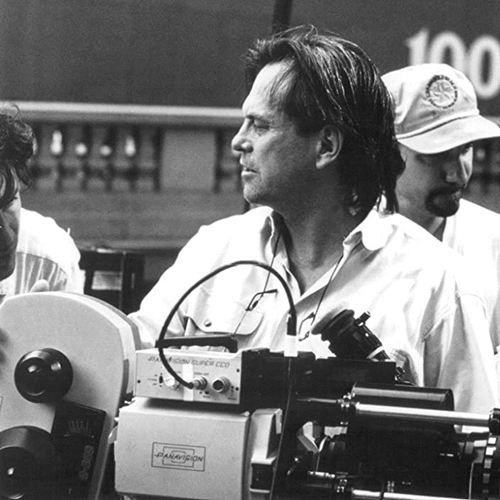 Terry Gilliam has revealed that he chose to direct The Fisher King because he was tired of helming big budget special effects films.

Despite being nominated for four Academy Awards, Gilliam’s previous film The Adventures of Baron Munchausen was also a massive box office bomb, making just £8 million from a budget of $46 million.

7. It was the first Terry Gilliam film not to feature a Monty Python member 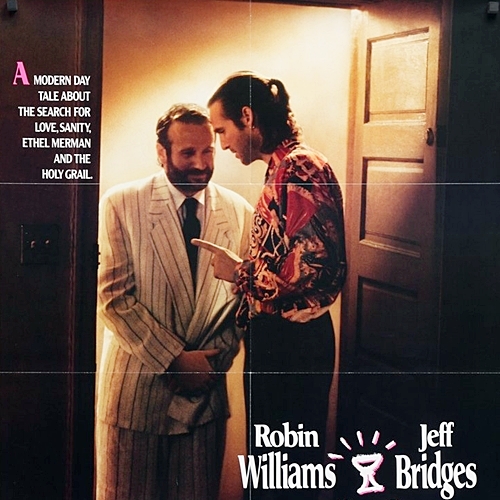 The Fisher King was the first of Terry Gilliam’s films not to feature any of his former Monty Python colleagues.

It was also the first film directed by Gilliam where he wasn’t also involved in the writing of the screenplay.

6. Jeff Bridges tried to talk Gilliam out of hiring him as Jack Lucas 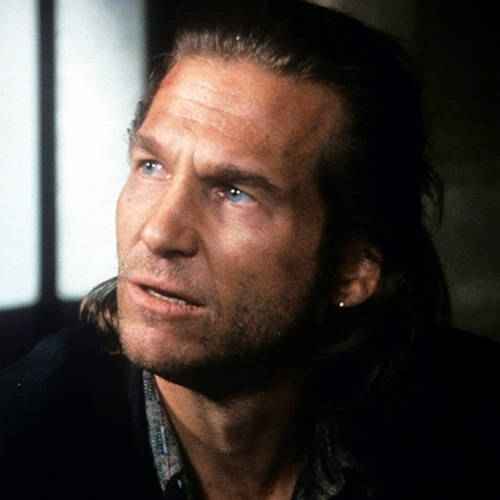 Despite agreeing to meet with Terry Gilliam to discuss the film, Jeff Bridges did not initially think he was right for the part of radio DJ Jack Lucas, a character that was based on real-life ‘shock jock’ Howard Stern.

In fact, Bridges spent most of the meeting trying to persuade Gilliam to hire someone else, and even brought a list of people he knew who he thought should be cast ahead of him! 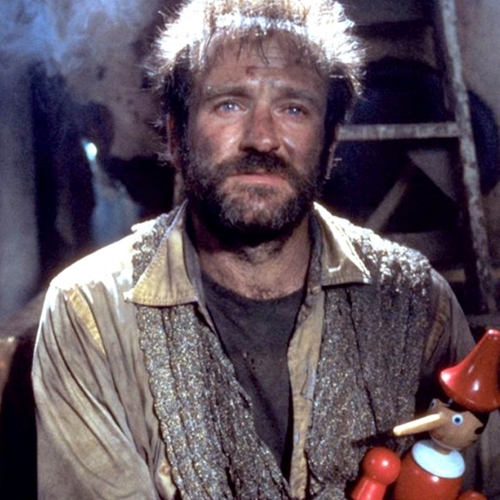 According to the film’s writer Richard LaGravenese, at one point during the shoot Robin Williams performed an impromptu 20-minute comedy routine at 5 in the morning after a particularly arduous day’s work.

“It was about five in the morning, and we’d been there since seven the night before, everyone’s energy was drained,” LaGravenese recalls. “I remember one of the grips turning to me with tears in his eyes, he was laughing so hard…Terry [Gilliam] turned to me and said: ‘Thank God for him.'” 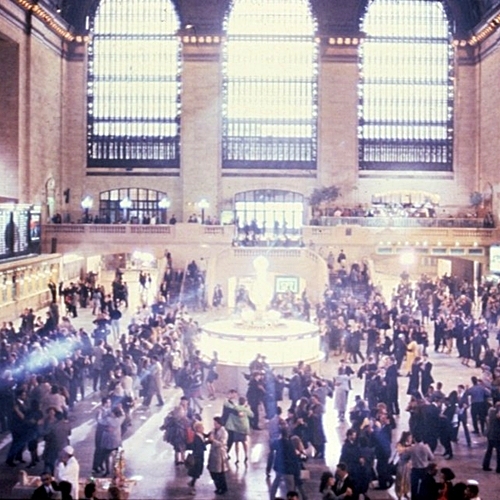 Despite being used to writing, or at least having a hand in writing, the films he directed, the only element that Terry Gilliam added to The Fisher King was the Grand Central Station waltz.

“A scene takes place at Grand Central Station, so I was there watching the rush hour develop,” Gilliam recalls. “And I thought…wouldn’t it be wonderful if all these thousands of people suddenly just paired up and began to waltz?”

3. Studio executives were worried Robin Williams’ body was too hairy for audiences 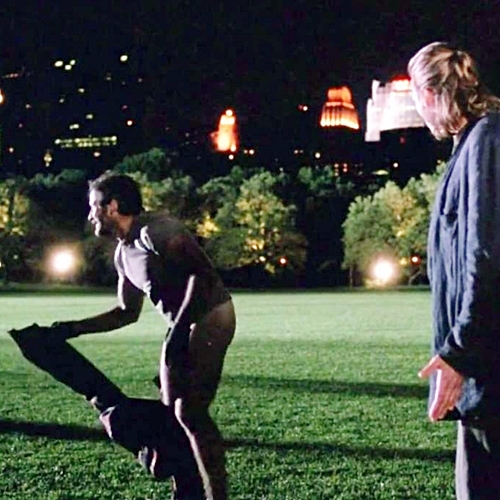 Not only was Robin Williams’ Central Park nude scene delayed for hours by a man on a bike who was constantly shouting for the star, but TriStar Pictures were concerned how audiences would react to Williams’ naked body.

According to Terry Gilliam, studio executives were genuinely concerned that fans would react negatively to Williams’ body having so much hair on it. 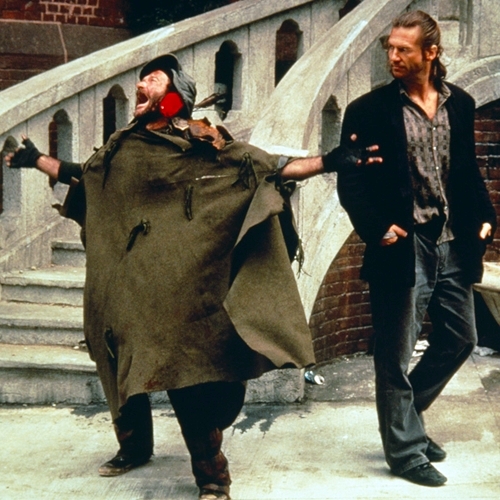 As well as the cyclist mentioned above, New York residents, fed up with all of the noise from the film’s nighttime shoots, purposely delayed production by reporting fake fires.

Not only that, but TriStar Pictures later decided to postpone the film’s release date from May until September 1991.

1. It was nominated for five Academy Awards and won one 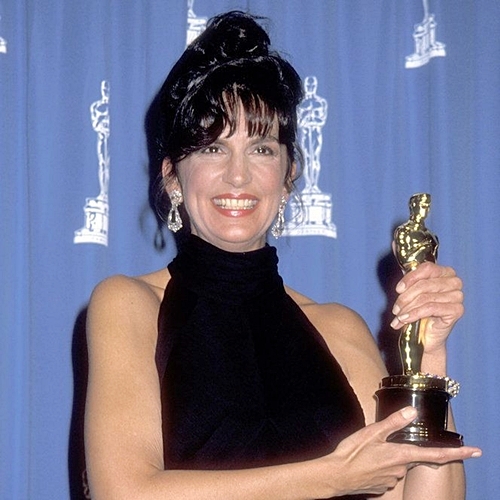 It did however pick up the award for Best Supporting Actress, for Mercedes Ruehl’s brilliant performance as Anne Napolitano, Jack’s girlfriend.