There are no shortage of contenders for the title of king of rock music, but when it comes to crowning the queen, there’s one figure who stands head and shoulders above the rest: Joan Jett. With a career spanning upwards of 45 years, the guitarist and singer-songwriter broke into the business with her first band The Runaways, but really made a name for herself as a solo artist in the 80s, with her ever-changing back-up band The Blackhearts.

Famed for her uncompromising attitude and independent spirit, Jett blazed a trail that innumerable rock musicians (and not just women) have followed in the years since. Did you know the following facts about the I Love Rock’n’Roll singer?

10. She was only 16 when she formed The Runaways 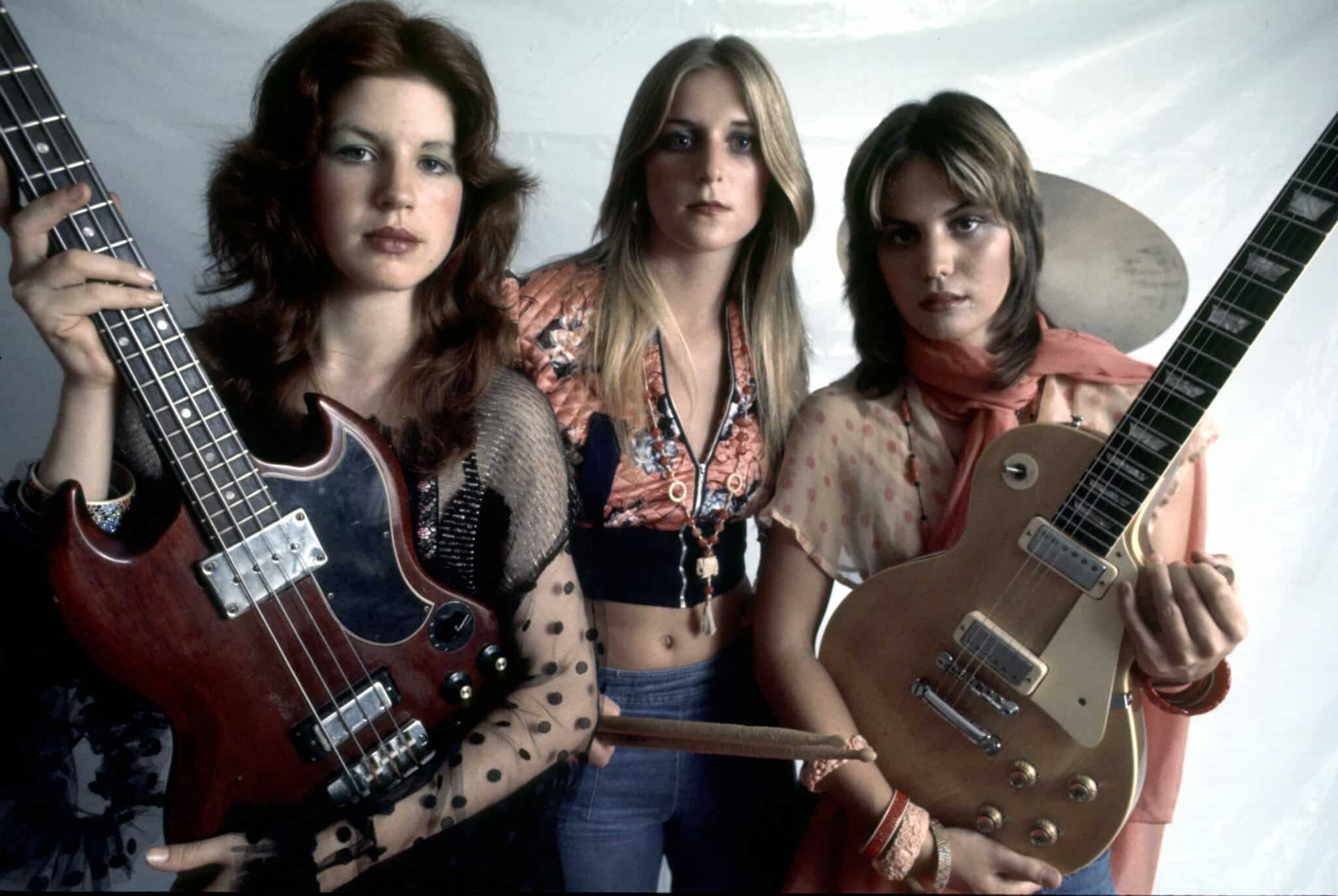 Born Joan Marie Larkin on 22nd September 1958, she changed her name to Joan Jett after the divorce of her parents and pursued her interest in rock music early on. She and drummer Sandy West were the founding members of the band that became The Runaways, later joined by vocalist Cherie Currie, bassist Jackie Fox and lead guitarist Lita Ford.

When the band first started playing gigs around California, they were all underage. Jett was 16 at the time – nor was she the youngest member of the band, as Currie and Fox were both only 15.

9. She modelled her look and persona on Suzi Quattro 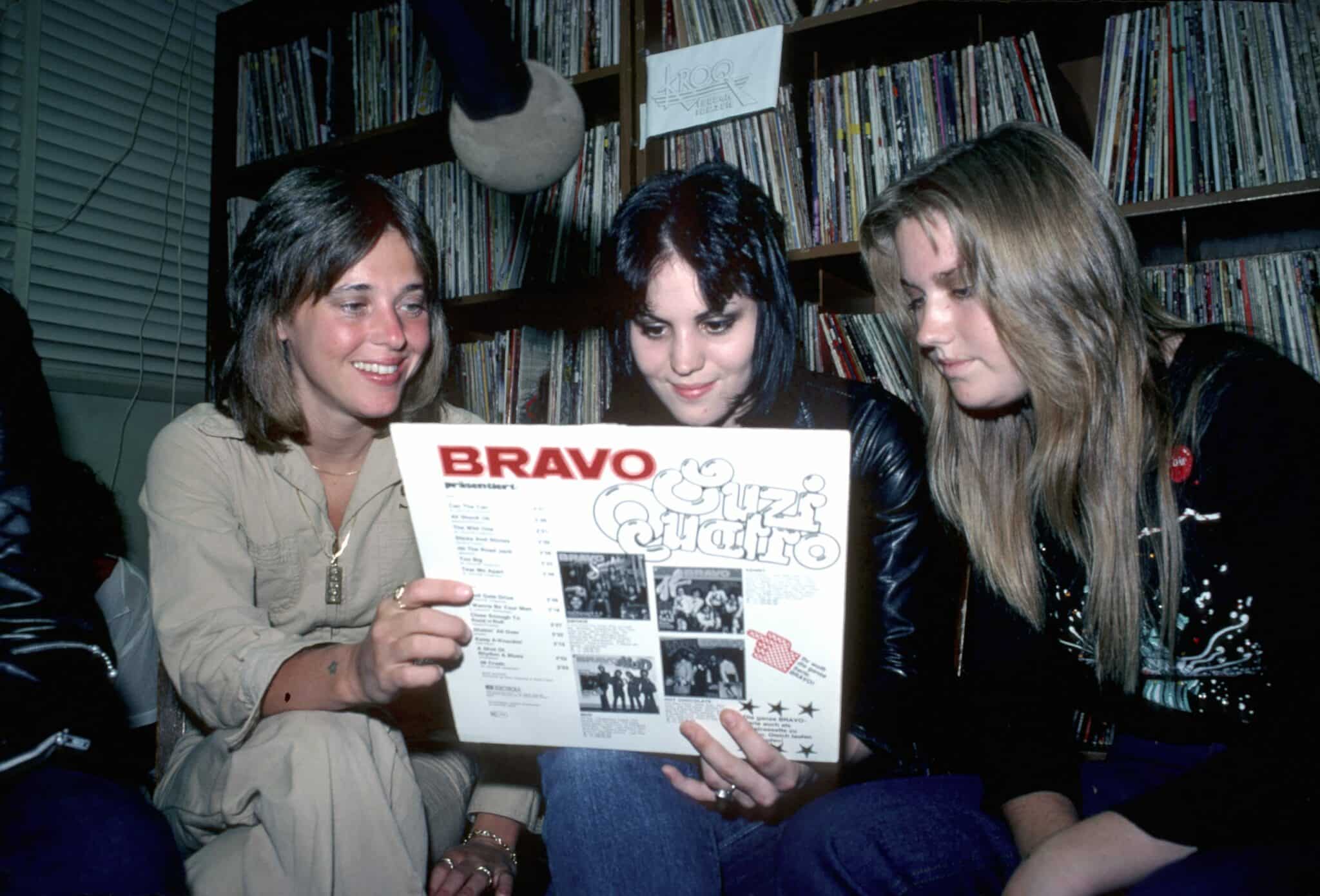 While Joan Jett was undoubtedly a pioneer for women in rock, she drew heavily on a prominent figure who came before her: Suzi Quatro, a Detroit-born singer and bass player who found success in Britain’s glam rock scene in the early 70s, most famously with her number one hit Can the Can.

Jett has openly admitted that in the early days her hair style, dress sense and on-stage persona were heavily modelled on Quattro, whom she later befriended.

8. She took over as The Runaways lead vocalist in 1977 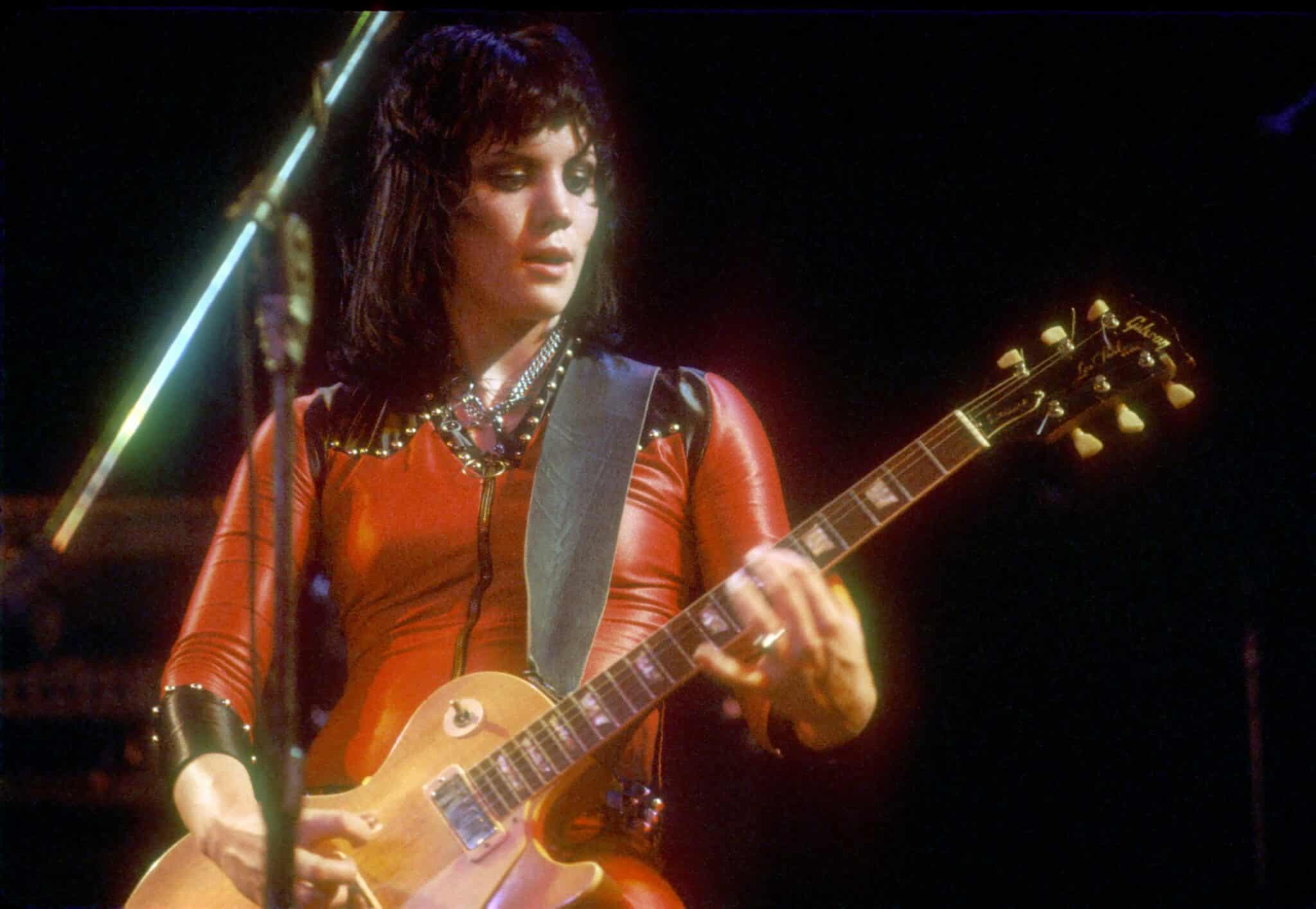 Originally, Jett only sang lead on a few songs with The Runaways, with Cherie Currie as the band’s principal lead singer. This changed when Currie quit the band in late 1977 to pursue a solo career and acting work. Jett would then take over as lead vocalist on the band’s last two albums, Waiting for the Night and And Now… The Runaways.

The Runaways finally broke up for good in 1979 due to musical and personal differences; Jett wanted to play punkier music, whilst lead guitarist Lita Ford (who would also go on to solo success) wanted to play heavy metal.

7. She formed her own record label because no one else would release her first solo album 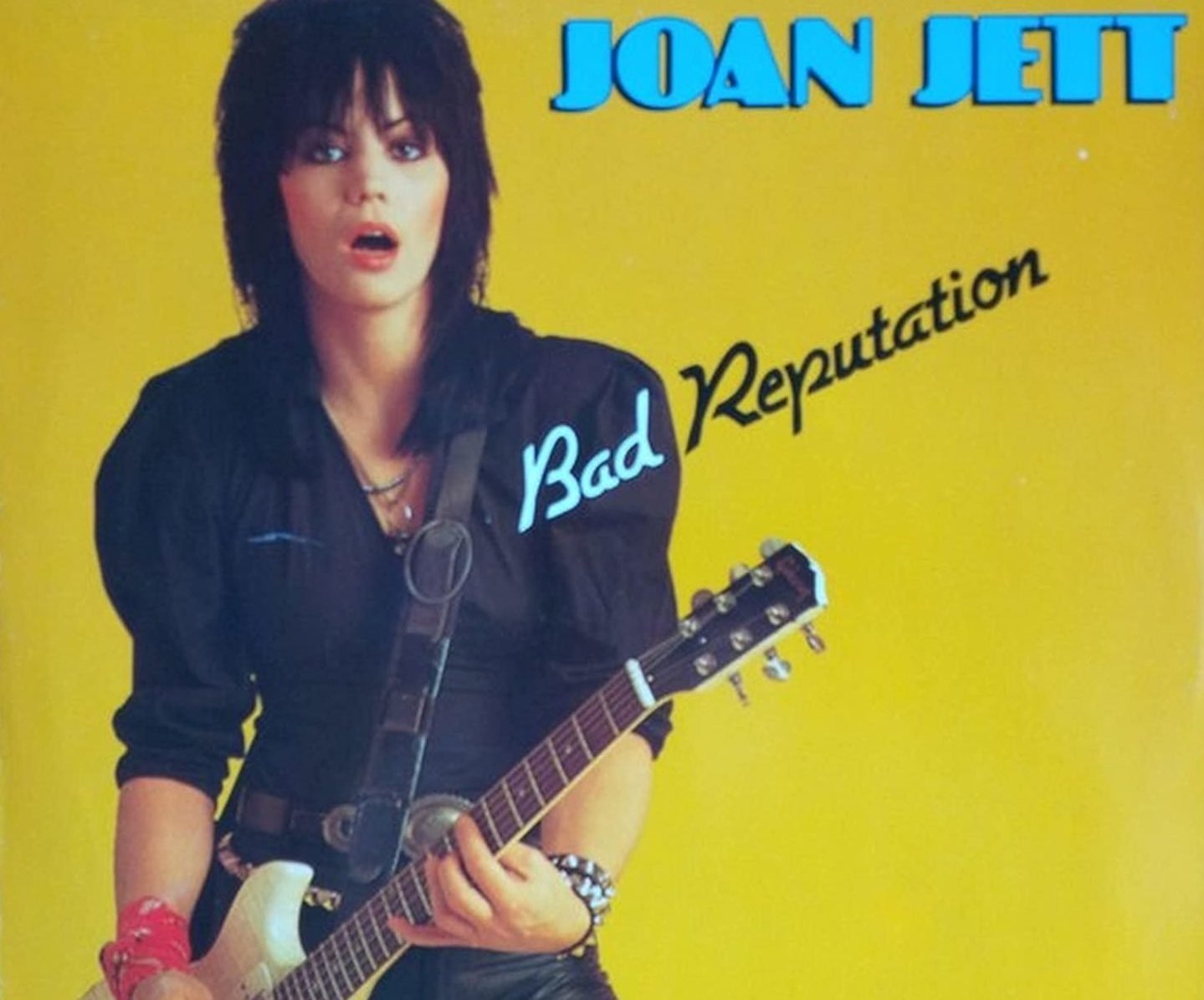 Soon after The Runaways disbanded, Jett went to London to record her self-titled debut solo album in a studio owned by rock legends The Who. In Europe, the record was distributed by German label Ariola Records – but when she tried to sell the record back home in the US, every major label said no.

Because of this, Jett and her collaborator Kenny Laguna decided to set up an independent label of their own, Blackheart Records, to release the album (later renamed Bad Reputation, after the hit single). 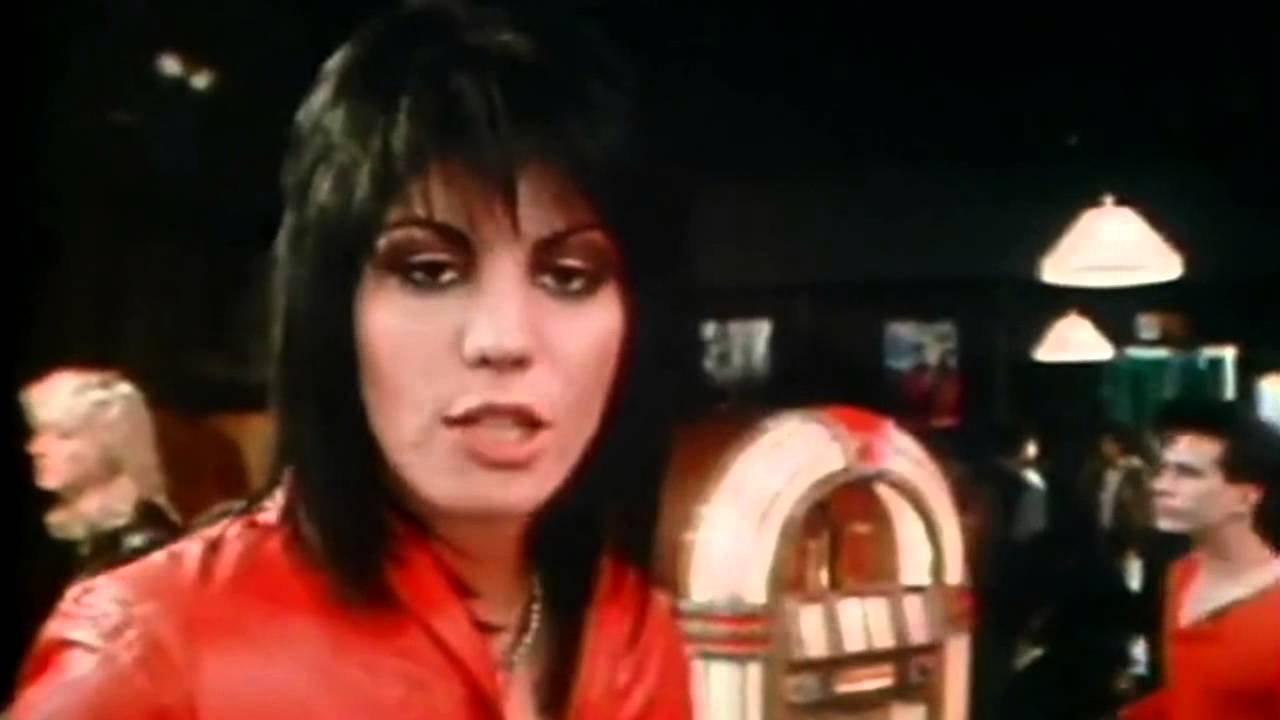 If there’s one song Joan Jett is truly synonymous with, it has to be I Love Rock’n’Roll. The title track from her second solo album (her first as Joan Jett and the Blackhearts), it was a huge number one smash hit in 1982, and remains a radio favourite to this day. However, you might not have known that it’s a cover version. The song was originally recorded by British band The Arrows in 1975; Jett heard it for the first time when touring the UK with The Runaways.

A lot of Jett’s best-loved songs are covers, including her recordings of Crimson and Clover by Tommy James and the Shondells, and Do You Wanna Touch Me (Oh Yeah) by Gary Glitter. 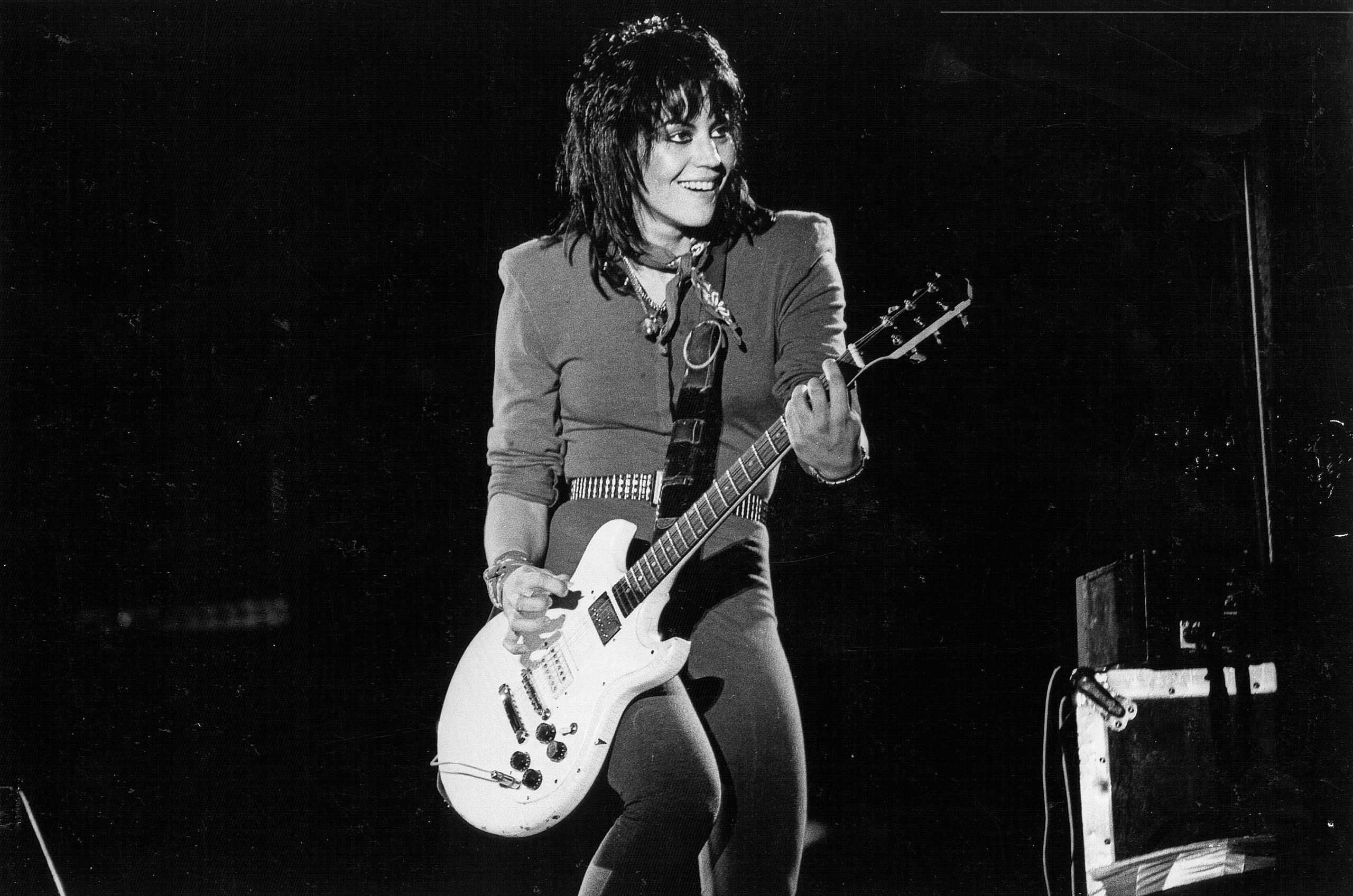 Joan Jett has long been an outspoken advocate of the LGBT community, with whom she has a massive fanbase. Her body of work contains many songs which strongly allude to her having a sexual interest in both women and men. However, Jett has never openly come out as having any specific orientation.

In a 2010 interview, Jett remarked, “Anyone who wants to know who I am can just read my lyrics — I’ve always written about who I am.”

4. She made her film debut alongside Michael J. Fox 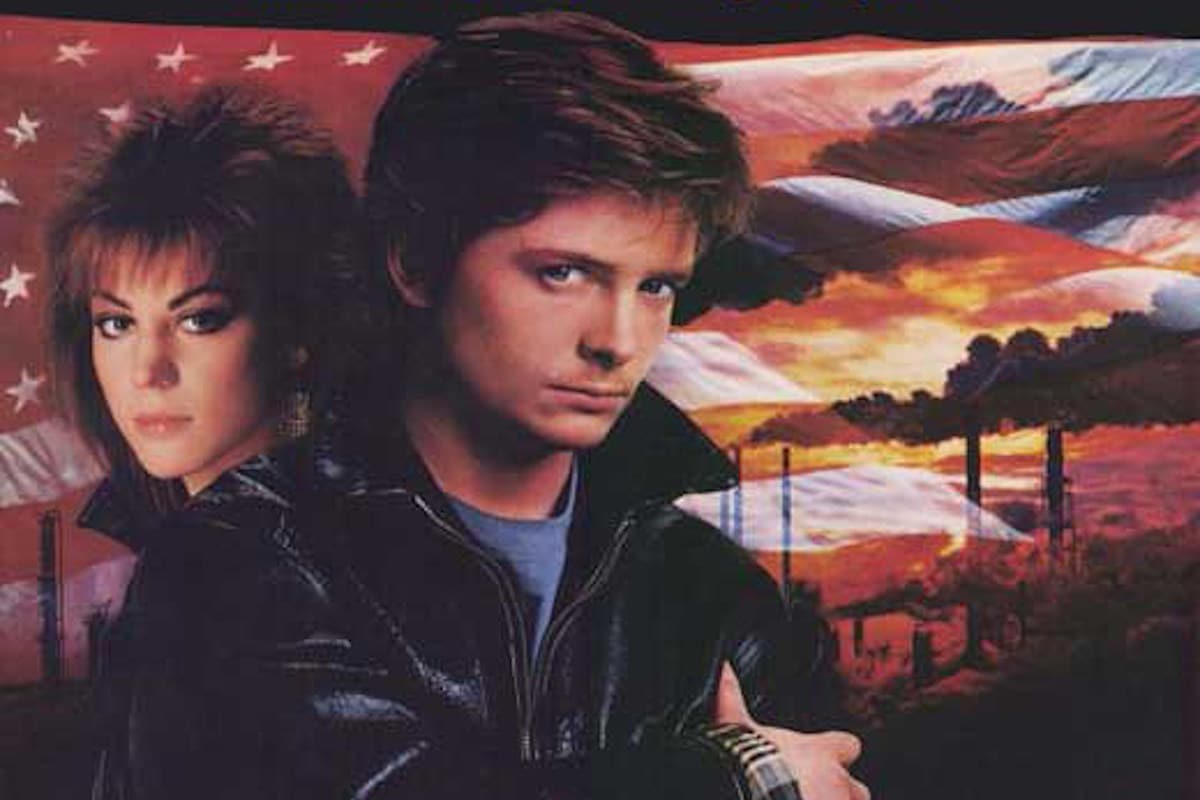 Joan Jett made her acting debut in the movie Light of Day. Written and directed by Paul Schrader (writer of Taxi Driver), the 1987 drama cast Jett and Michael J. Fox as working class siblings in a struggling rock band. It was met with mixed reviews and low returns at the box office, and Jett has only taken a few acting roles since (including episodes of Highlander: the Series and Walker, Texas Ranger).

However, Light of Day’s title song – specifically written for the movie by the legendary Bruce Springsteen – has been a staple of Jett’s live performances ever since.

3. She hand-picked Kristen Stewart to play her in The Runaways movie 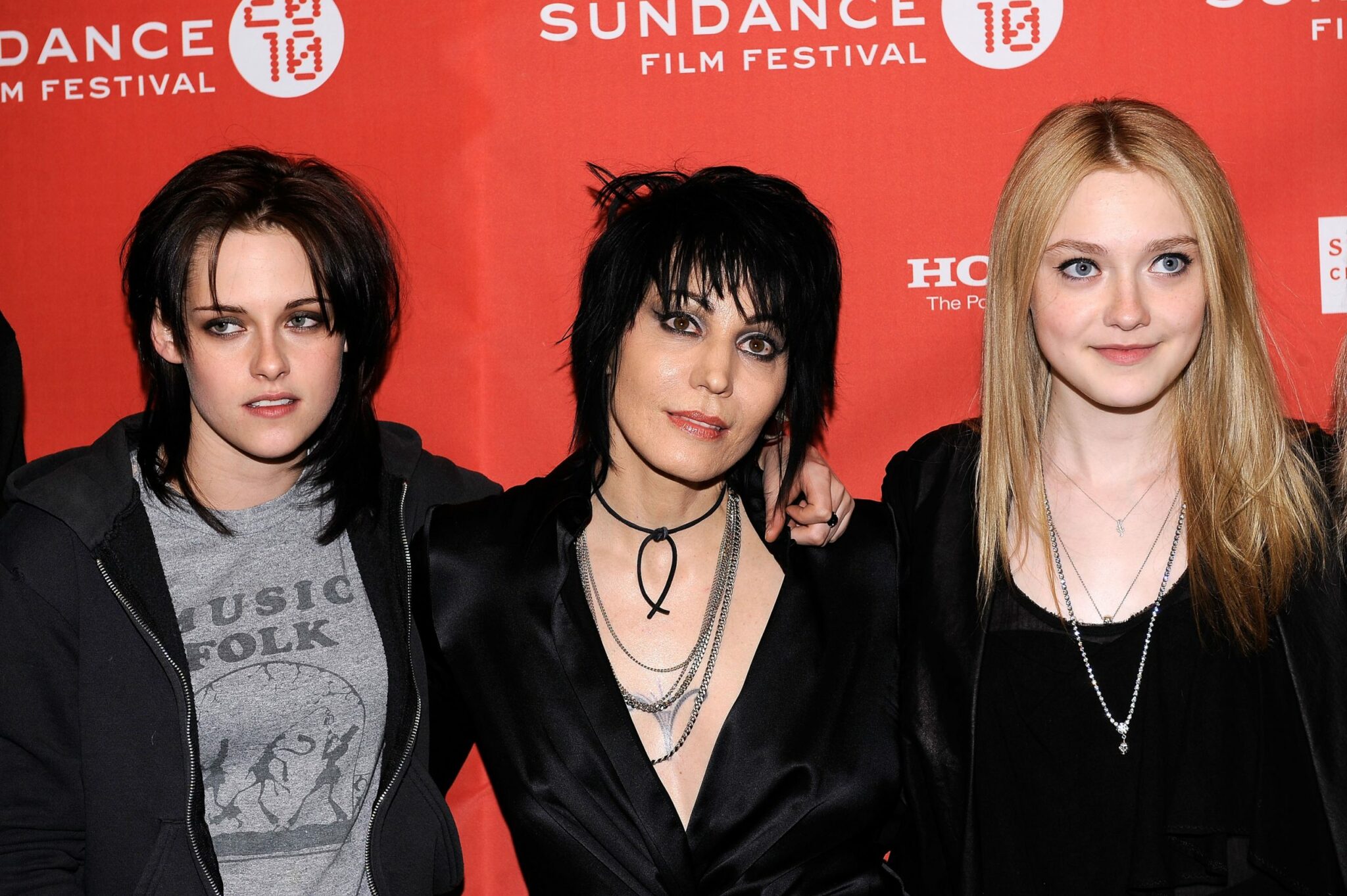 In 2010, Joan Jett served as executive producer on The Runaways, a movie based on the story of her breakthrough band. Jett herself chose Kristen Stewart to portray her in the movie, and worked closely with the actress on her voice, physical mannerisms and stage performance style.

The film’s shooting schedule had to be carefully arranged around Stewart’s commitment to the Twilight movies, which were still in production at the time. 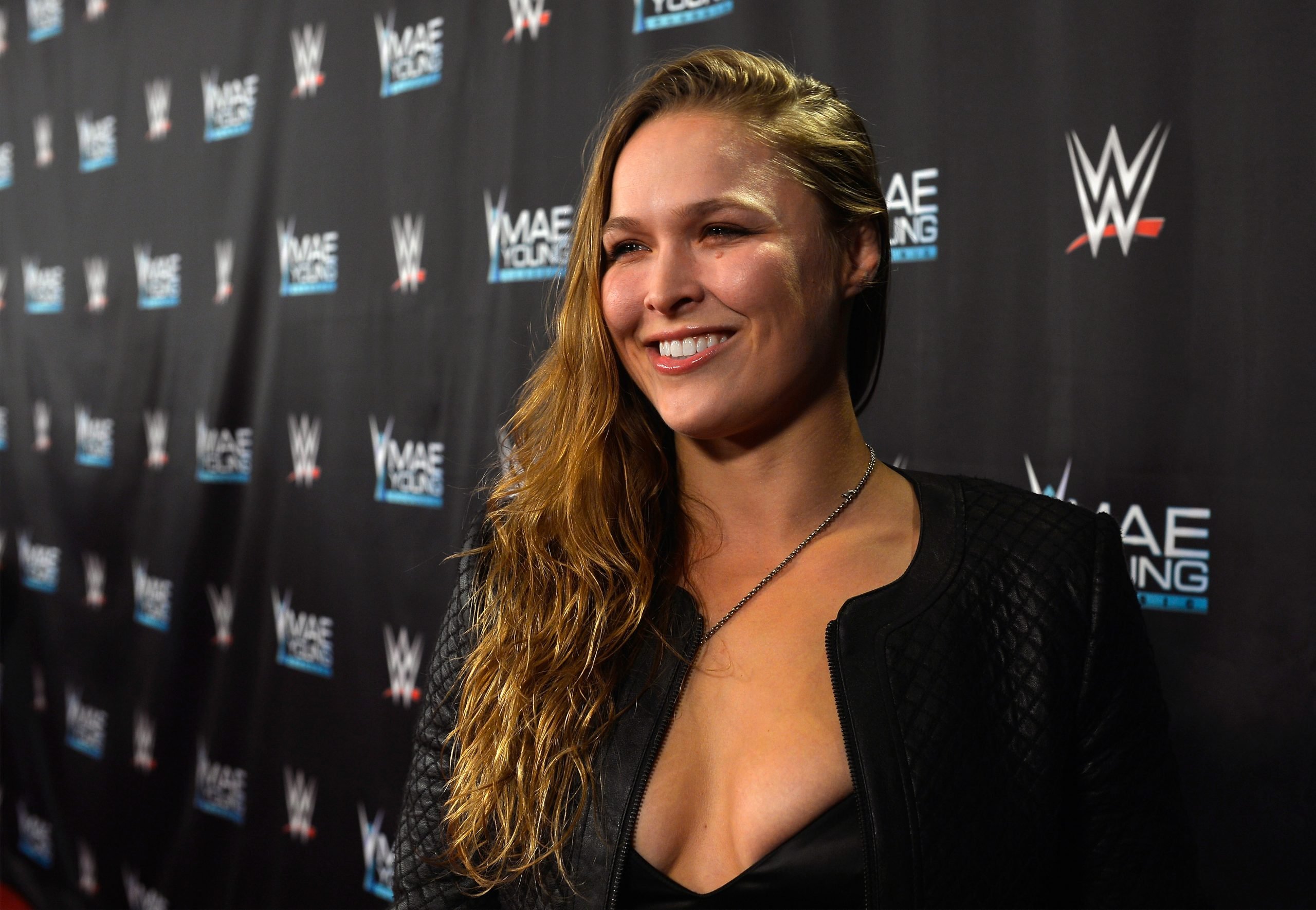 Another of Jett’s definitive songs is her 1981 single Bad Reputation. The song’s defiant, rebellious attitude has struck a chord with many fans over the years, including mixed martial artist and pro-wrestler Ronda Rousey, who has used the song as her introductory music at a number of sporting events.

The song played while Rousey walked into the octagon at UFC 157; and when Rousey joined WWE, Joan Jett and the Blackhearts showed up in person to perform the song when Rousey first took to the ring at WrestleMania 35.

1. She fronted a Nirvana reunion 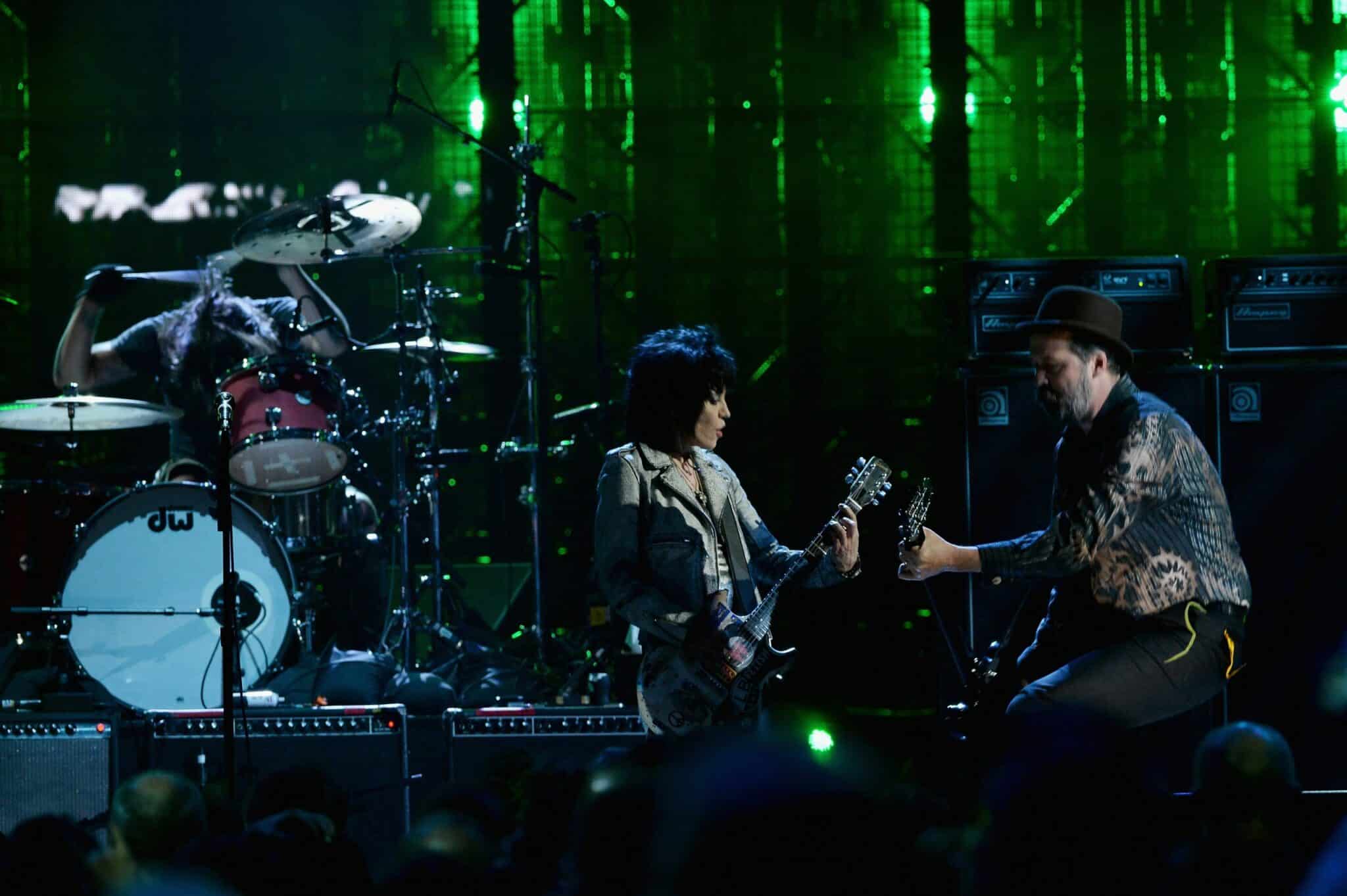 In 2014, groundbreaking grunge band Nirvana were inducted into the Rock’n’Roll Hall of Fame. To replace their late lead singer and guitarist Kurt Cobain, the surviving members of the band (including current Foo Fighters Dave Grohl and Pat Smear) invited Joan Jett to perform lead vocals on a rendition of their iconic song Smells Like Teen Spirit.