Huey Lewis and the News are one of the quintessential all-American soft rock bands of the 1980s. Fronted by singer-songwriter Huey Lewis (birth name Hugh Anthony Cregg III), the members of the group had all been jobbing musicians for a decade when they came together, and found success in part thanks to the new platform of MTV.

They are of course best remembered for performing the unforgettable theme song to one of the most beloved movies of the 80s, Back to the Future – but you might not have known that they also spent many years in a major legal battle over the theme song of another of the decade’s biggest hits.

Read on for further details on that, and some other things you might not have known about Huey Lewis and the News.

10. They were originally called Huey Lewis and the American Express 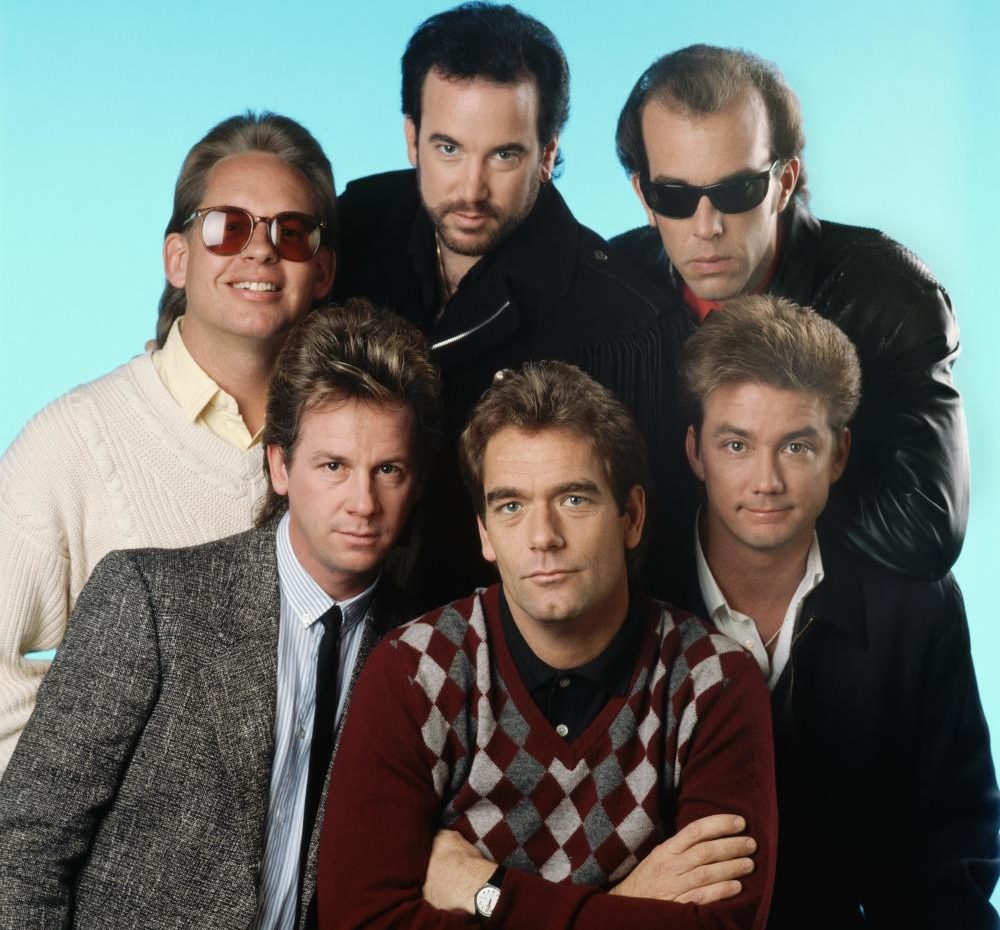 The band that became Huey Lewis and the News were formed from the ashes of two rival bands in the San Francisco Bay Area: Clover and Soundhole. Between them, the members of the newly formed band had played with Elvis Costello and Van Morrison; Lewis himself had played harmonica with Thin Lizzy.

9. They sued Ray Parker Jr. for ripping off I Want a New Drug with Ghostbusters

You’re probably aware that Huey Lewis and the News provided the iconic theme song for 1985 classic Back to the Future – but you might not be aware that the band indirectly had a role in composing the theme song for Ghostbusters as well.

Their song I Want a New Drug was first released on the third Huey Lewis and the News album Sports in September 1983, then became a top ten hit single in January 1984 – six months before Ray Parker Jr.’s Ghostbusters was released. Listen to the songs back to back, and it’s not hard to notice a distinct similarity between the two.

Huey Lewis and the News proceeded to sue Ray Parker Jr. and studio Columbia Pictures for copyright infringement. The matter was ultimately settled out of court, and as a condition of the settlement none of the parties involved have ever been allowed to publicly discuss the matter. Parker went on to sue Lewis in 2001, when the singer touched on the subject in an interview.

8. They dropped out of Live Aid over concerns about where the money was going 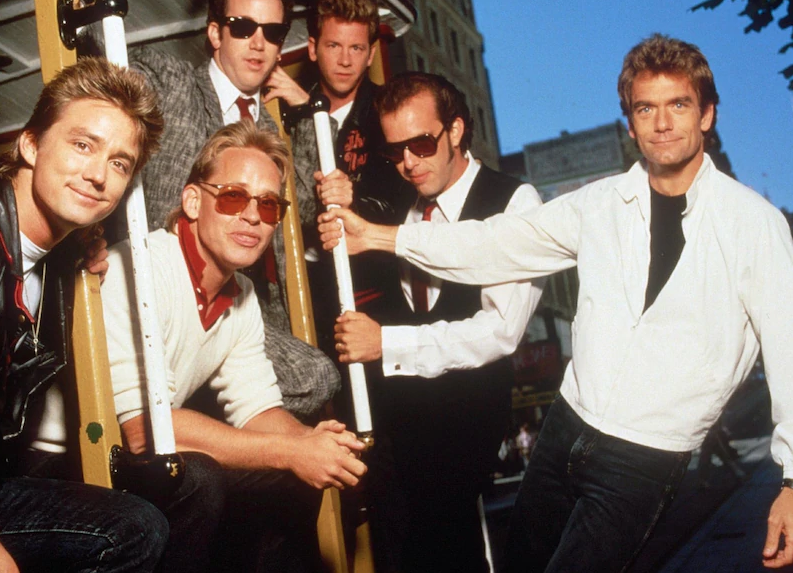 1985 saw Lewis join many other musical superstars singing on We Are the World, a charity single recorded to fund famine relief in Ethiopia. Later that year, Huey Lewis and the News were invited to perform on the bill of the momentous charity concert Live Aid.

However, Lewis and company wound up dropping out of Live Aid, as Lewis had serious doubts that the money raised by the event would all be going to the relief efforts it was meant to be financing.

7. Back to the Future theme The Power of Love became their biggest hit

While the band were licking their wounds from the Ghostbusters situation, they had a huge movie-based success of their own with The Power of Love, their theme song to Back to the Future. Not only did the movie itself become the biggest box office hit of 1985, but the single also became Huey Lewis and the News’ biggest hit.

The Power of Love topped the singles charts in the US, Canada, Australia and Japan, and it made the top ten in the UK, Ireland, New Zealand, South Africa and Zimbabwe. It’s certified gold in the US, Canada and the UK.

6. Lewis also cameos in Back to the Future, as the teacher complaining the song is “too darn loud” 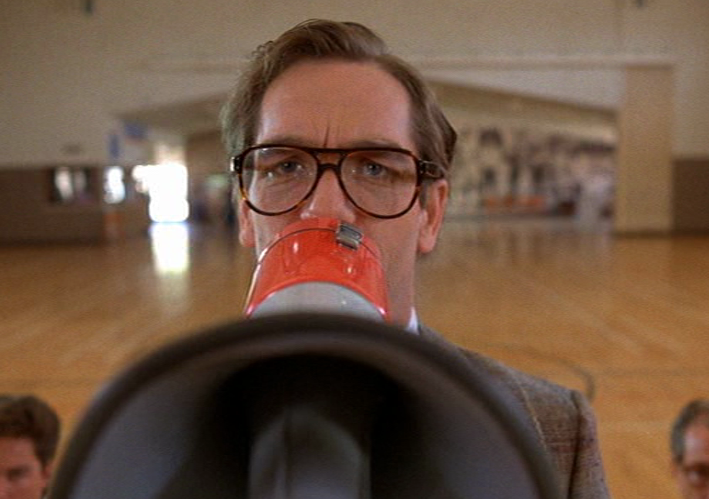 Huey Lewis and the News’ involvement in Back to the Future didn’t end at The Power of Love. For starters, the band recorded a second song for the soundtrack, Back in Time, which is used over the end credits. Secondly, Lewis himself also makes a brief cameo appearance in the movie.

In a tongue-in-cheek move, the rock singer is cast as a stern school official watching Marty McFly’s band audition with – of course – a rendition of The Power of Love. Lewis is the teacher who stops the performance by complaining into a megaphone, “I’m afraid you’re just too darn loud.”

5. All copies of the original American Psycho soundtrack had to be destroyed because the record label didn’t have the rights to Hip to be Square

Outside of Back to the Future, surely the most famous appearance of Huey Lewis and the News’ music is in American Psycho. Both Bret Easton Ellis’ hugely controversial 1991 novel and the 2000 film adaptation starring Christian Bale feature a scene that heavily dwells on the band’s 1986 song Hip to Be Square. The soundtrack album to American Psycho was released by label Koch Records, and was originally set to include the song.

However, once it came to light that the label hadn’t secured the rights to the song, they were forced to recall and destroy 100,000 CDs. Koch later claimed that Huey Lewis and the News had refused the rights because of the film’s violent content, but the band’s manager has refuted this. 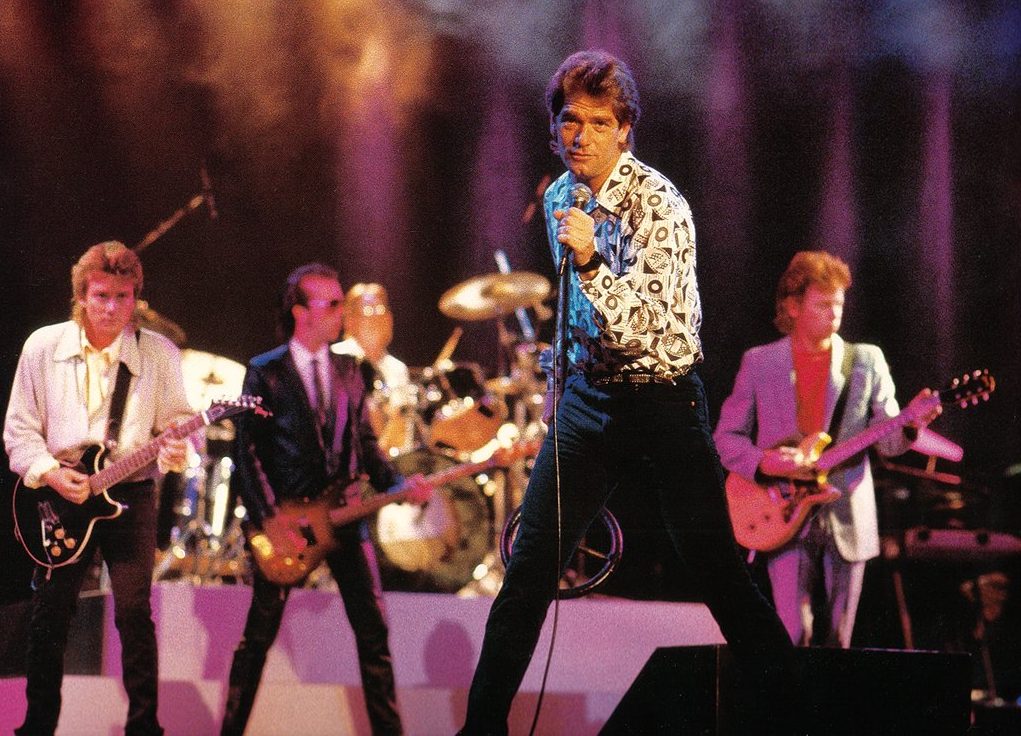 Beginning with their self-titled debut in 1980, Huey Lewis and the News have released ten studio albums, as well as three greatest hits compilations and one live album. Collectively these have sold more than 30 million copies worldwide, making the band one of the 200 highest-selling acts ever.

Their biggest selling album is 1983’s Sports, which was certified platinum seven times over in the US, whilst 1986’s Fore! went triple platinum in America and double platinum in the UK. The Back to the Future soundtrack also went gold, which was no doubt in part due to the presence of two of the band’s songs.

3. They’ve been forced to stop touring because Huey Lewis has severe hearing loss 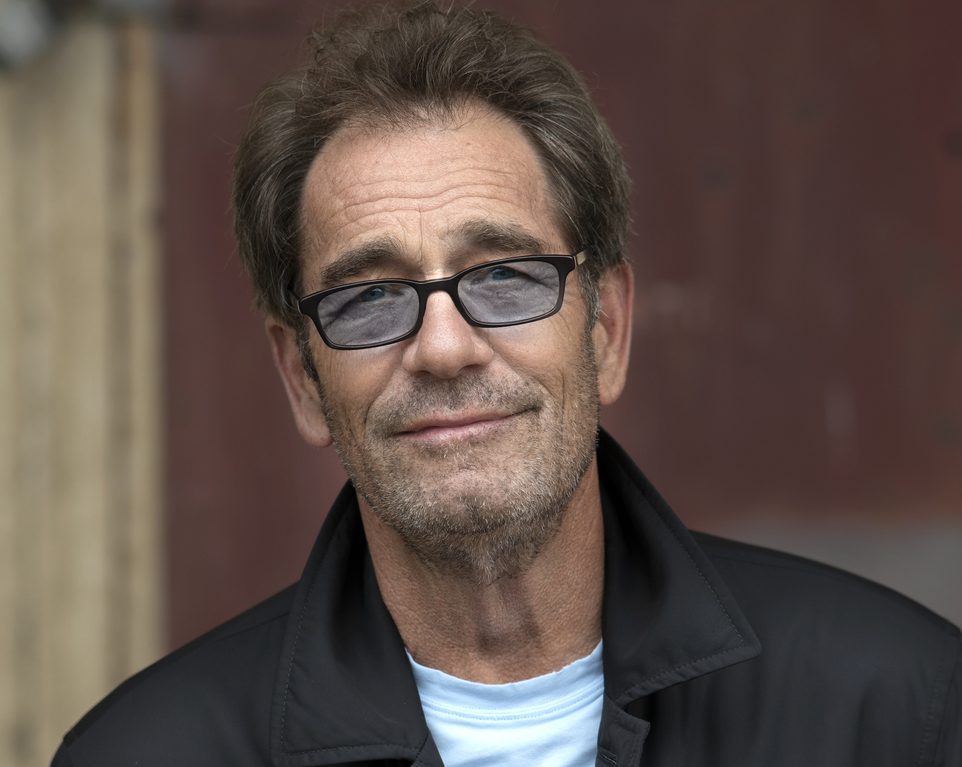 In 2018, it was revealed that Huey Lewis had been diagnosed with Meniere’s Disease, a disorder of the inner ear that has severely impaired the singer’s hearing, rendering him unable to perform. Lewis said in a Tweet at the time, “Although I can still hear a little, one on one, and on the phone, I can’t hear music well enough to sing.”

Huey Lewis and the News have released one album since this diagnosis (2020’s Weather, most of which was recorded before Lewis’ condition worsened), but as there is no proven cure or treatment for Meniere’s Disease, this has effectively ended Lewis’ career as a live performer. The singer has admitted to falling into depression because of this, but says the support from fans has kept him going.

2. They recorded the theme song for Pineapple Express at Seth Rogen’s request 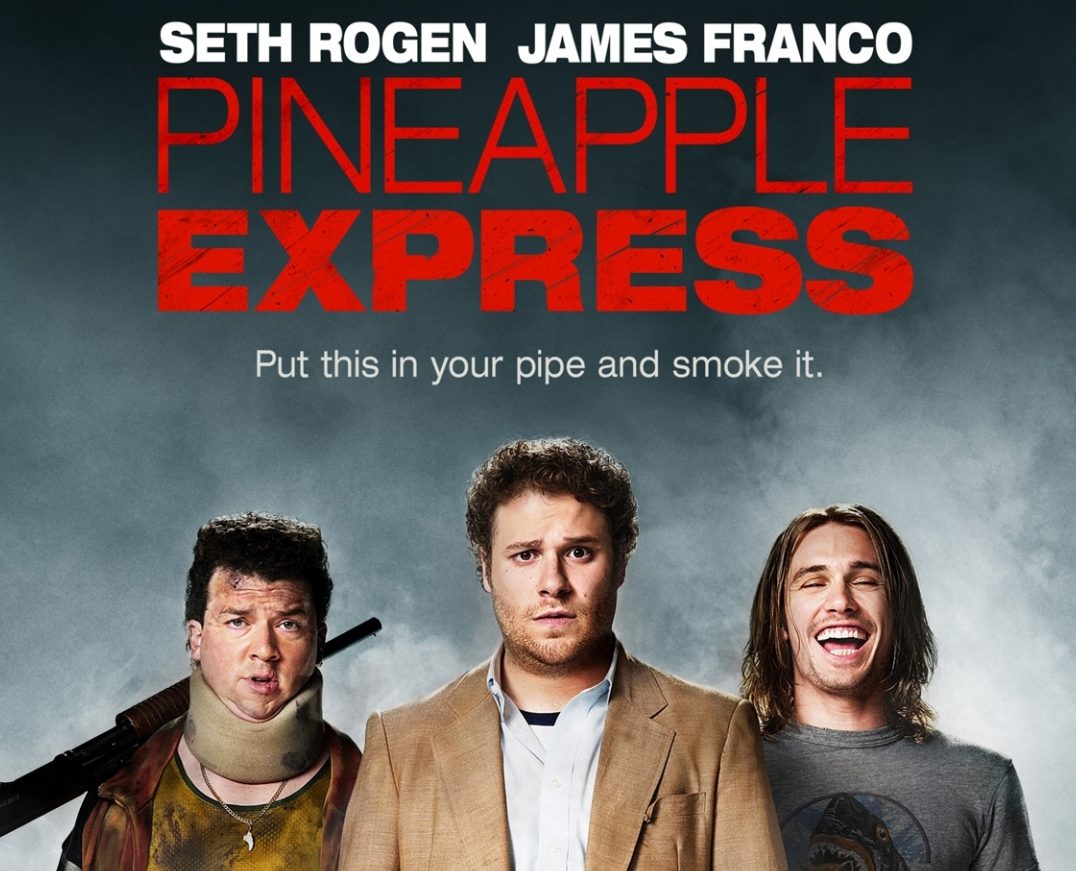 In 2008, Huey Lewis and the News recorded the title song to another movie, the action-comedy Pineapple Express. The film’s star and co-writer Seth Rogen personally asked the band to provide the film’s title song, which has a fittingly upbeat 80s vibe.

Disappointingly, Pineapple Express was never released as a single, nor was a music video ever made to go with it.

American Psycho famously features a scene set to the sound of Hip to Be Square, in which central psychopath Patrick Bateman offers an erudite critique of Huey Lewis and the News’ music before brutally murdering his co-worker Paul (Jared Leto).

In 2013, Lewis appeared in a witty recreation of this scene for Funny or Die, taking on the Bateman role himself and offering a similarly enthusiastic and verbose assessment of American Psycho.

Just to add another layer to the fun, the Paul role is taken by Weird Al Yankovic, prolific parody singer whose many comedy singles include a take on Lewis’ I Want a New Drug, retitled I Want a New Duck.