Diane Lane has certainly had an impressive career. She acted alongside Meryl Streep on Broadway at the age of 12 before appearing opposite Laurence Olivier at 13 in A Little Romance, her silver screen debut in 1979.

Since then, she’s starred in classics such as The Outsiders, and more recently has also featured in popular TV series House of Cards.

Lane’s career has now spanned five decades, but it doesn’t seem she’s slowing down any time soon. Here are 10 facts about this formidable actress.

10. Her father passed away shortly before Unfaithful was released 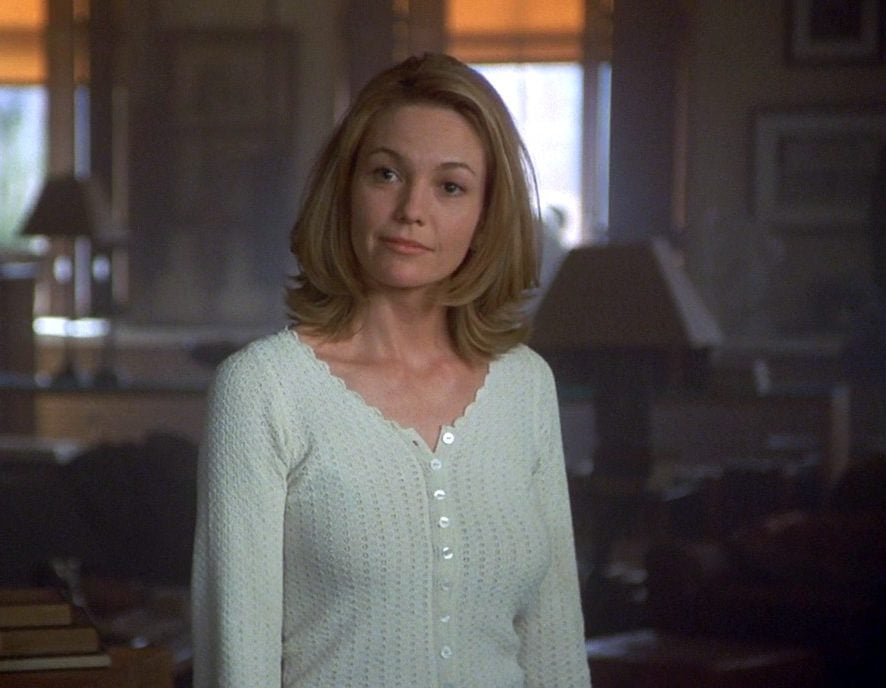 Back in 2002, Lane starred in American thriller film Unfaithful alongside Pretty Woman star Richard Gere. Lane was heavily praised for her performance, and even won awards for Best Actress from both the National Society of Film Critics and the New York Film Critics. She was also nominated for a Golden Globe and an Academy Award for Best Actress.

Unfortunately, Lane’s father was not around to witness his daughter’s success, as he passed away shortly before the film’s release in 2002. Thankfully, however, he did manage to see a rough cut of the film three weeks before his death. Lane has always been open about her father’s key role in encouraging her to pursue an acting career.

9. Two of her movies opened on the same day – and went on to be the two top movies at the box office that weekend 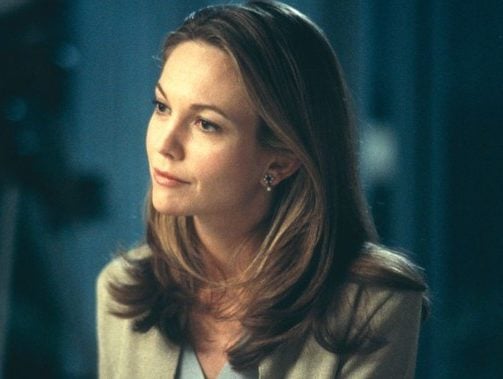 Back in 2001, Lane starred in two hugely successful movies. One of them was Hardball, a sports comedy-drama which saw Lane appear alongside Keanu Reeves. The other was The Glass House, a psychological mystery thriller film. Both films opened on the same day – September 14 2001.

Although both movies were polar opposites in terms of genre, they were both the two top movies at the box office that weekend. The Glass House came in at #2, grossing $23.6 million. Hardball earned considerably more, raking in $44.1 million.

8. She featured on the cover of Time magazine at the age of 14 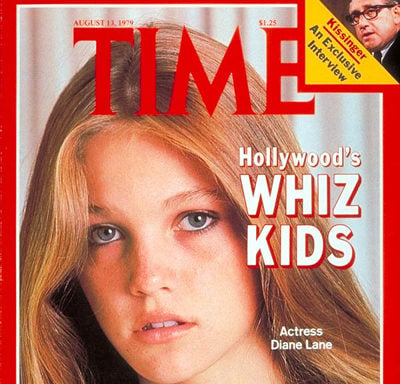 Lane started her career young. By the age of 12, she was performing alongside Meryl Streep in Broadway shows and by 13 she’d made her film debut alongside the formidable Laurence Olivier. This appearance in A Little Romance turned out to be a turning point for Lane, and catapulted her straight to child stardom.

By 14, she’d appeared on the cover of TIME magazine. The magazine issue ran in August 1979 and sought to celebrate ‘Hollywood’s whiz kids’ – a term defined by journalist John Skow as young female performers who were “making their presence felt in films.” Alongside Lane, Skow counted budding actresses Mariel Hemingway, Linda Manz, and Kristy McNichol, as other rising ‘whiz kids.’

7. She was once hit in the eye with a tennis ball which caused permanent damage 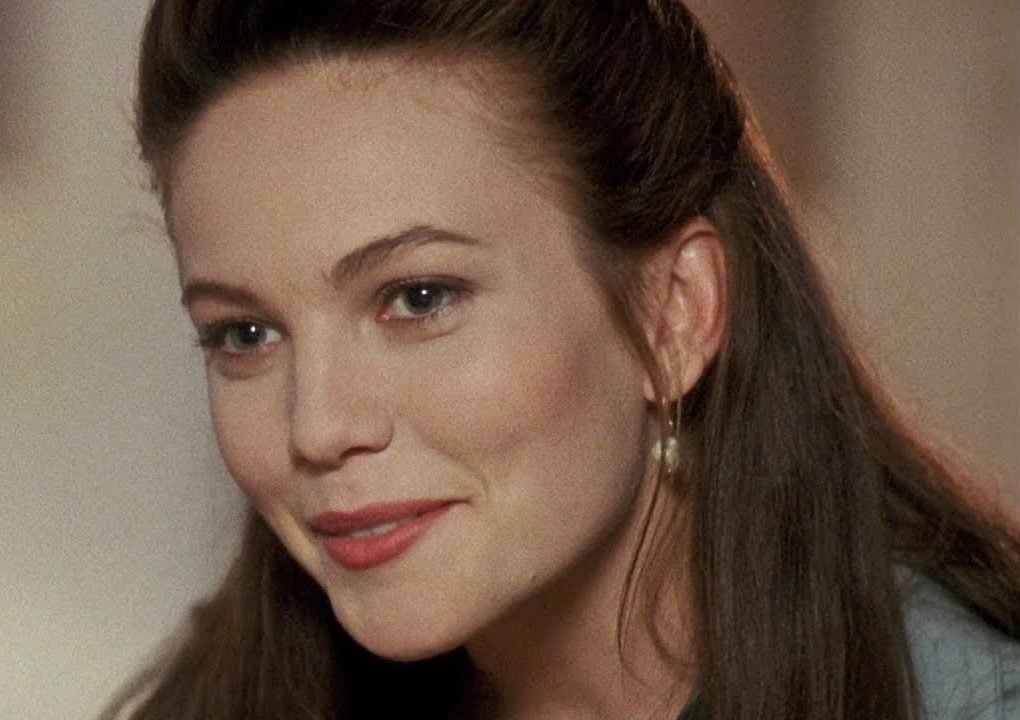 Back in 1980, Lane was hit in the eye with a tennis ball. The collision happened at such speed that Lane’s eye was permanently damaged.

6. She might have starred in Risky Business if it wasn’t for her father 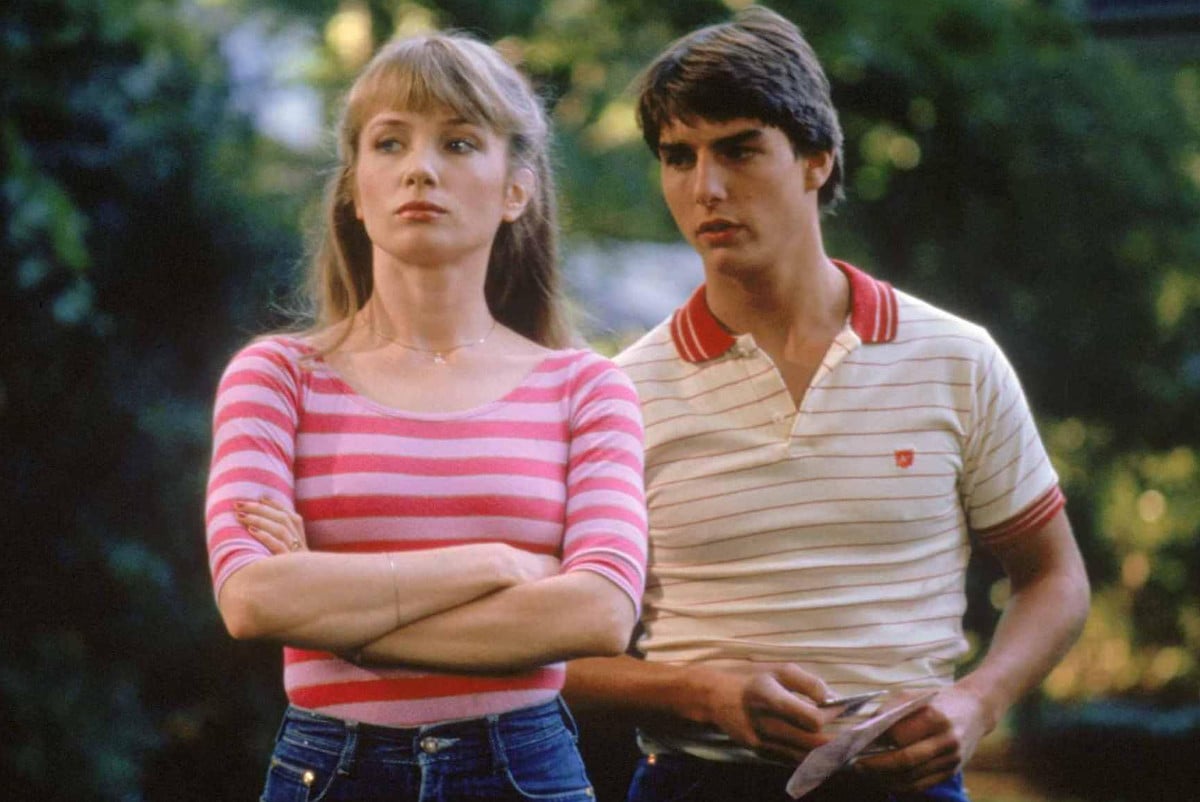 Back in the early 80s while a teenage Lane was filming The Outsiders, her co-star Tom Cruise received a script for teen comedy film Risky Business. Cruise had established a solid working relationship with Lane on the set of The Outsiders, and asked her to audition for the role of Lana.

Lane had to turn down the request – but not out of her own volition. Apparently, her father told the film’s producers that there was “no way his daughter was playing a twenty-something hooker.” The role ultimately went to Rebecca De Mornay and the film went on to gross an impressive $63.5 million. 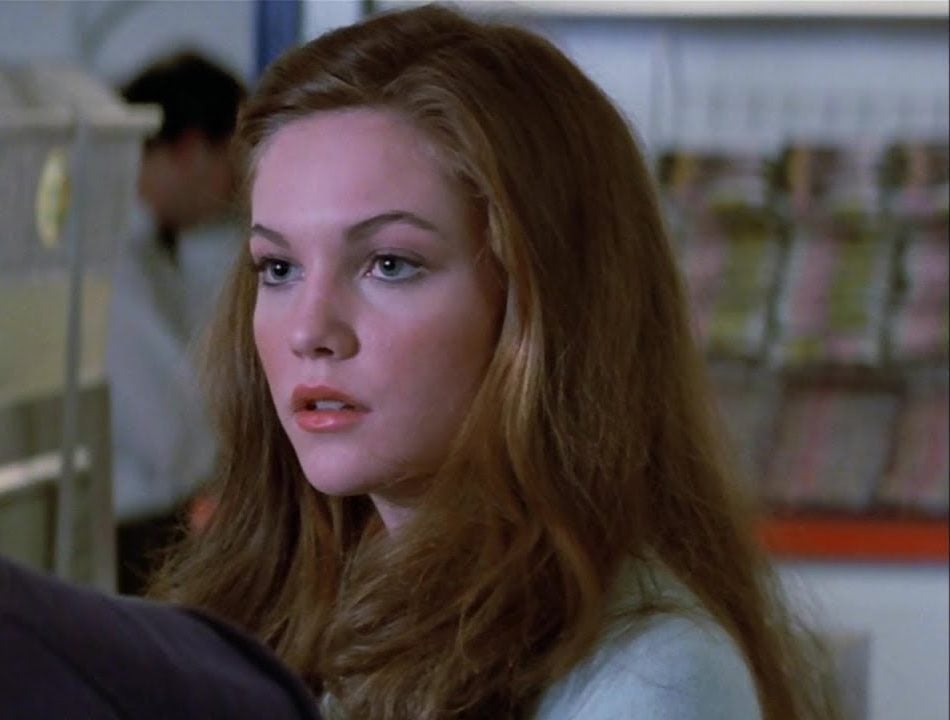 Francis Ford Coppola is one of the finest directors of modern times, so it speaks volumes that he holds Lane in such high regard. Lane first worked with Coppola in 1983 when she starred as Cherry Valance in The Outsiders.

She evidently made an impression on him, as Coppola went on to work with her again in 1983, this time in another adaptation of an SE Hinton novel, Rumble Fish. In 1984 Lane appeared in Coppola’s The Cotton Club, marking her third collaboration with the esteemed director in just two years – and all this while she was still a teenager, too.

4. She was nearly cast as Vivian in Pretty Woman 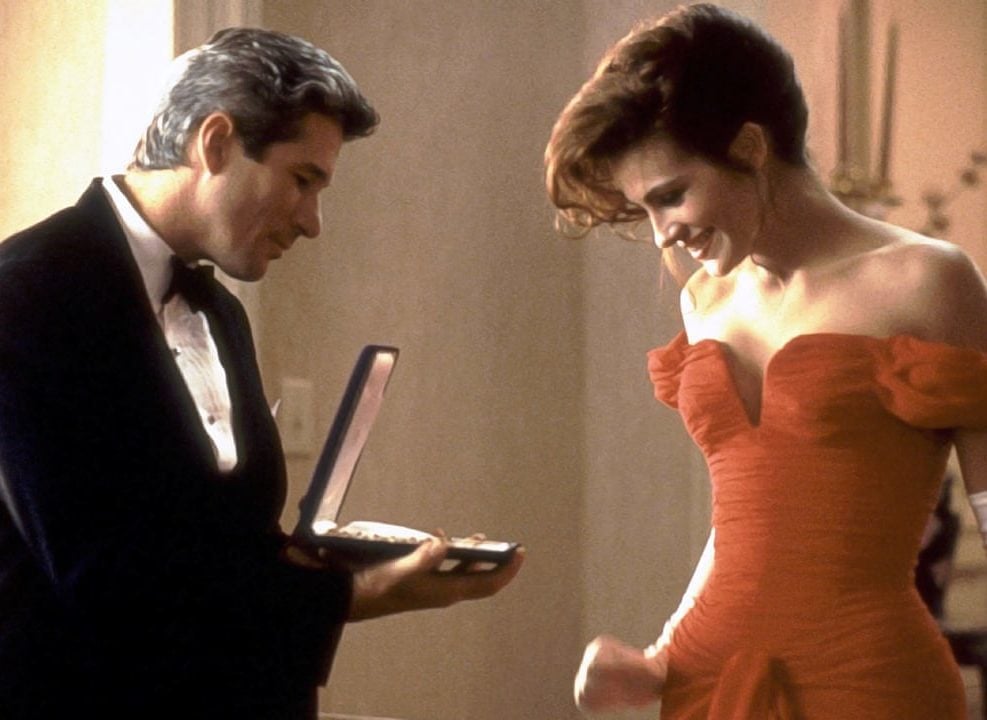 Lane came very close to being cast alongside Richard Gere in Pretty Woman. Lane even had costume fittings for the part of Vivian Ward, but was ultimately unable to take the role due to her other work commitments. The part eventually went to Julia Roberts.

Speaking on Watch What Happens Live With Andy Cohen in 2017, Lane revealed that the original script was a lot darker than the final version. “Everybody in town went for that role. At that time – as I’ve said on other shows – it’s true, it was a very different [film],” she explained. “It kind of got Disney-fied and it turned out to be a feel good movie. Originally, this crazy [woman] was kicked out of a rolling limo in the end because she was delusional that she thought this guy was in love with her.”

3. Laurence Olivier called her the next Grace Kelly 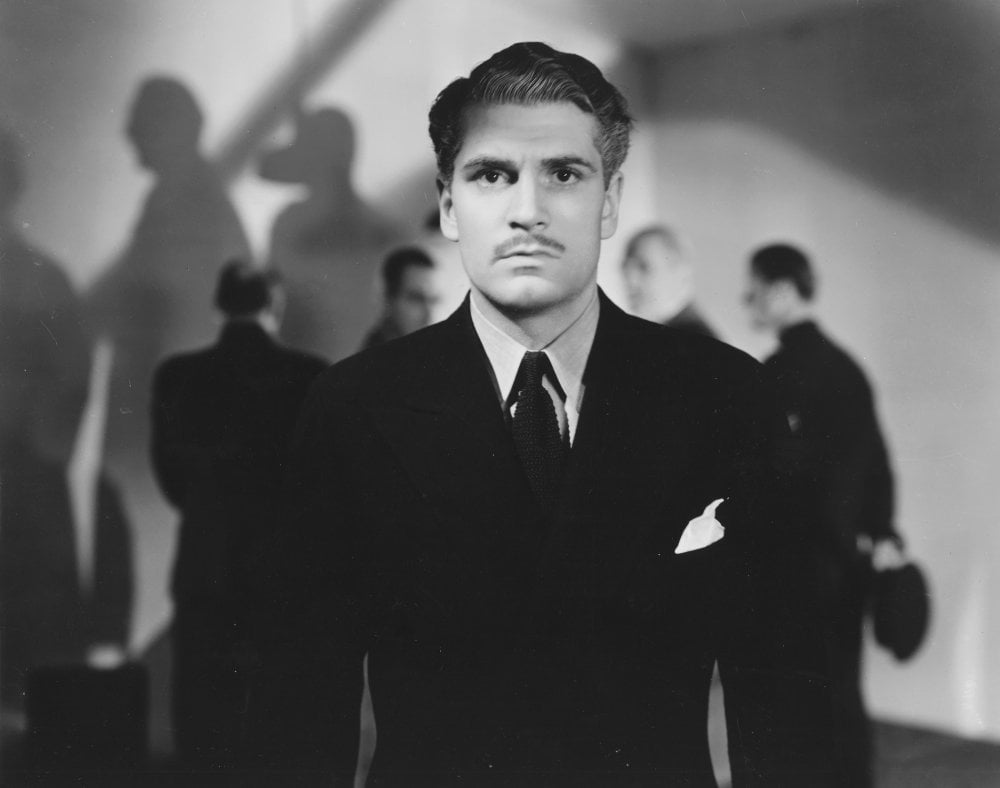 At 13, Lane made her film debut in A Little Romance where she starred alongside the indomitable Laurence Olivier. Olivier dubbed Lane “the next Grace Kelly” after being impressed by her commitment and talent while working on the film – high praise from an actor as esteemed as he.

Olivier wasn’t far off with his prediction – since 1979, Lane has starred in countless films and even achieved Academy Award, Golden Globe, and Screen Actors Guild Award nominations for Best Actress.

2. As a teenager, she was so exhausted by juggling her education and acting career that she would sleep on her school’s bathroom floor 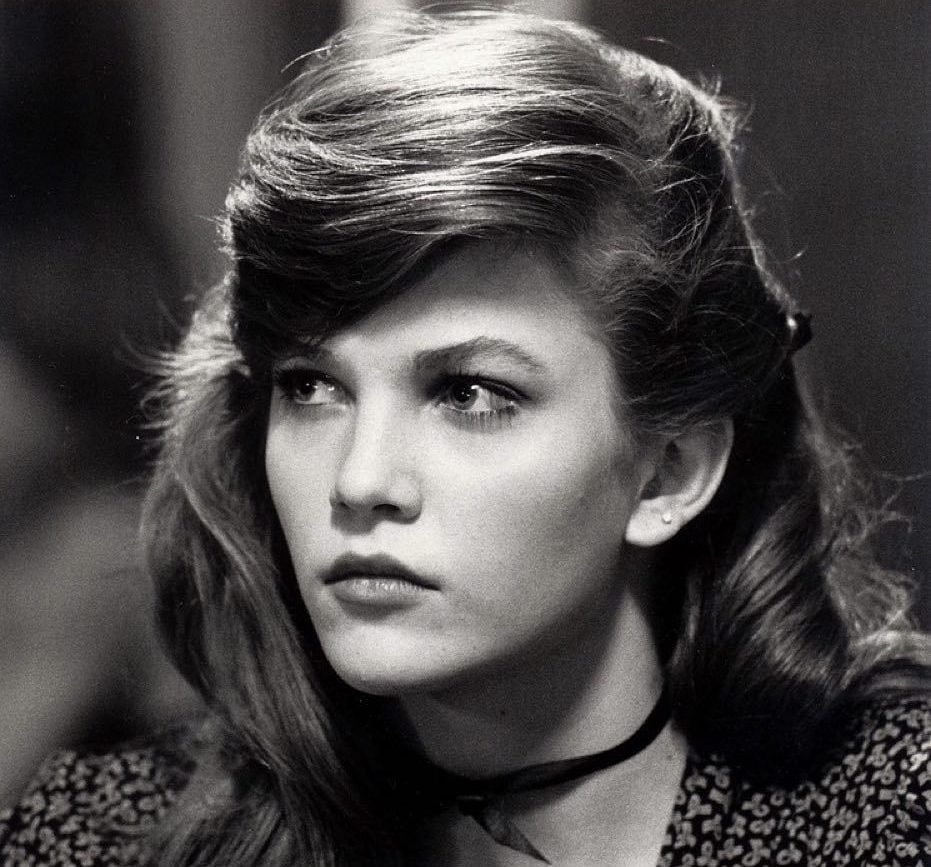 Lane achieved huge success as a child star, but this came at a price. As Lane was so tired from spending evenings and nights working on plays, when her father dropped her off at school in the morning she’d go straight to the bathroom and sleep on the floor. “I’d go in the building and the bell would ring, and I wouldn’t even go to class. I’d go to the bathroom, into the handicapped stall, and go to sleep on the floor,” she said in an interview with Esquire in 2007.

“I’d sleep there sometimes for hours,” she adds, “until somebody came in and busted me. And then I’d take the train home and sleep some more. The play every night, school every day–it just became more than my little body could do,” she confessed. 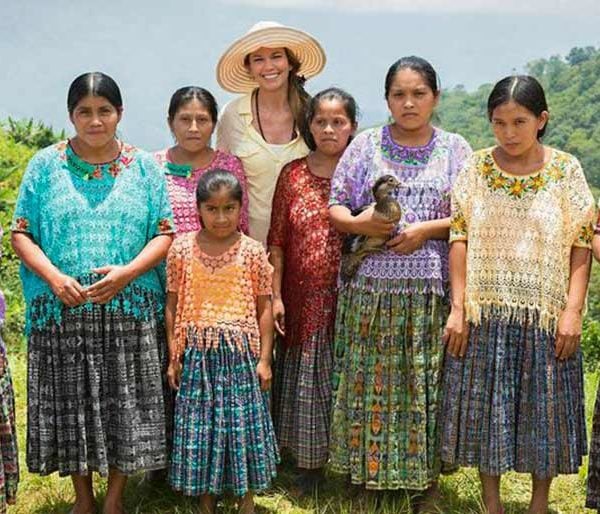 Despite her packed filming schedule, Lane still finds time for charity work. Lane works to end worldwide hunger through non-profit organisation Heifer International. According to the Heifer International website, Lane first “became a fan of the charity’s mission when Mary Steenburgen and Ted Danson invited her to a Heifer fundraising dinner party in their home.”

In an interview with People magazine, Lane went on to explain the positive impact of Heifer: “You can see the impact on children who have benefited from the protein. They have a light in their eyes, their skin is glowing.”