Bruce Springsteen isn’t called ‘The Boss’ for nothing. He was afforded the nickname originally while fronting a band called ‘Earth’ during the late 1960s, owing to his habit of collecting the band’s gig fees and handing out the monies.

Among conscientious objectors to the Vietnam War, Springsteen is a hero – he deliberately avoided being drafted as an 18-year old who disagreed with the conflict: a recent concussion in a motorcycling accident, combined with playing crazy during the physical examination, ensured Springsteen swerved his call-up. To the rest of us, he’s a bonafide music icon. Here are some facts you never knew about Bruce Springsteen.

10. He has never topped the charts in the USA or UK 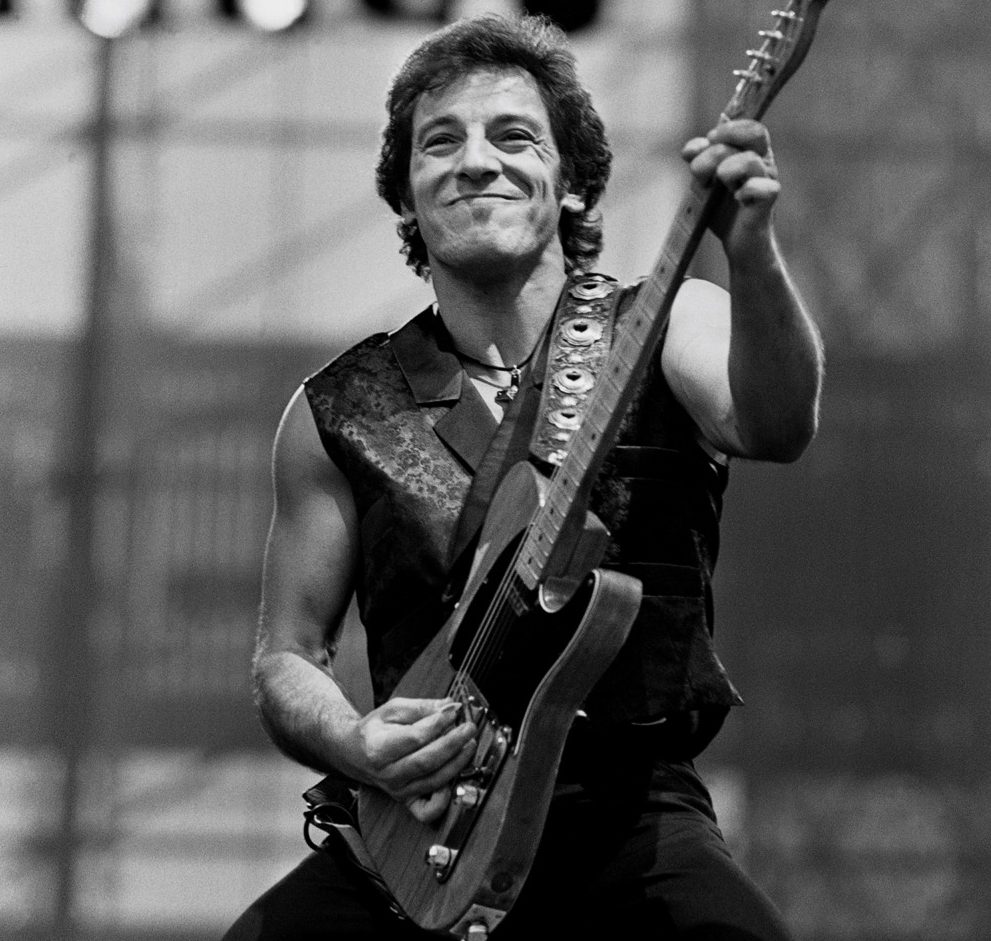 Despite being widely regarded as one of the biggest-selling artists globally, Springsteen has never topped the charts.

He did, however, notch up a number 2 record in the UK in 1994 Streets of Philadelphia (which appeared on the soundtrack to the similarly-titled movie starring Tom Hanks). Across the pond, Dancing in the Dark had achieved the same position on the Billboard charts in 1984, which remains Springsteen’s highest-ranking song.

9. There’s a planet named after him

Few musicians end up having an entire planet named after them. It’s officially called (23990) Springsteen and was first spotted by stargazers in New Zealand, who had been listening to the Boss on the night of the 4th of September 1999.

And it’s not just astronomers who crush on Springsteen either. Take for example the crew of the space shuttle Discovery, who that same year woke up to the sound of Springsteen’s Rendezvous each and every morning as they orbited the earth.

8. Hungry Heart was originally written for The Ramones 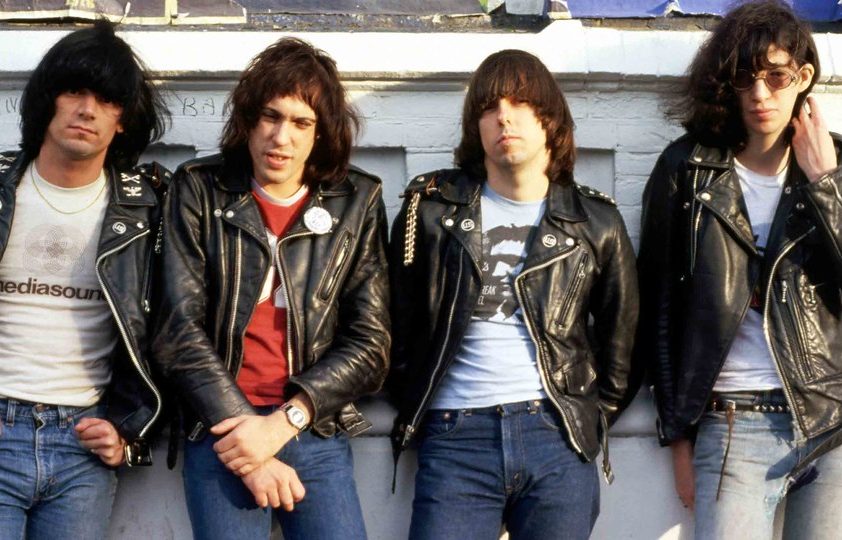 Springsteen had The Ramones in mind when he penned Hungry Heart, but had a last-minute change of heart about handing the track over to the New York post-punk outfit.

According to legend, Springsteen’s producer and manager, Jon Landau, thought it better for his famous client to keep the song for himself, rather than bequeath it to The Ramones.

7. There are more than 60 Springsteen tribute acts 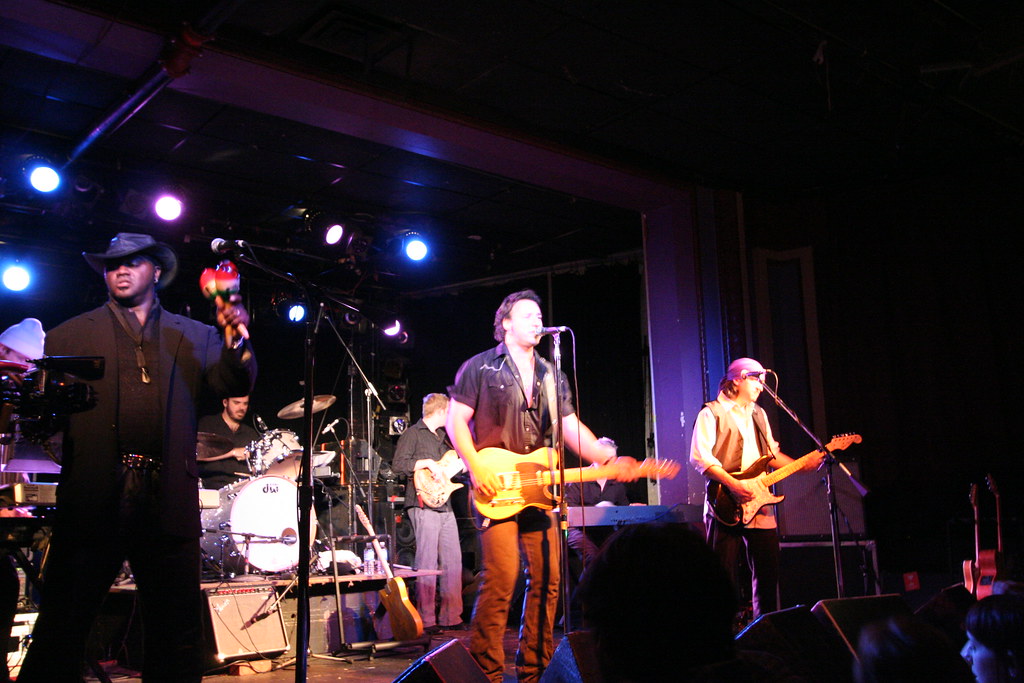 At last count there were approximately 60 Springsteen tribute acts currently plying their imitation game throughout America and Europe. That’s six-zero.

The names of these Springsteen music-inspired outfits are pretty clever too, with ‘Tramps Like Us’, ‘The Rising’ and ‘The B Street Band’ being just a small sample.

6. He once featured on the cover of Newsweek and Time Magazine simultaneously 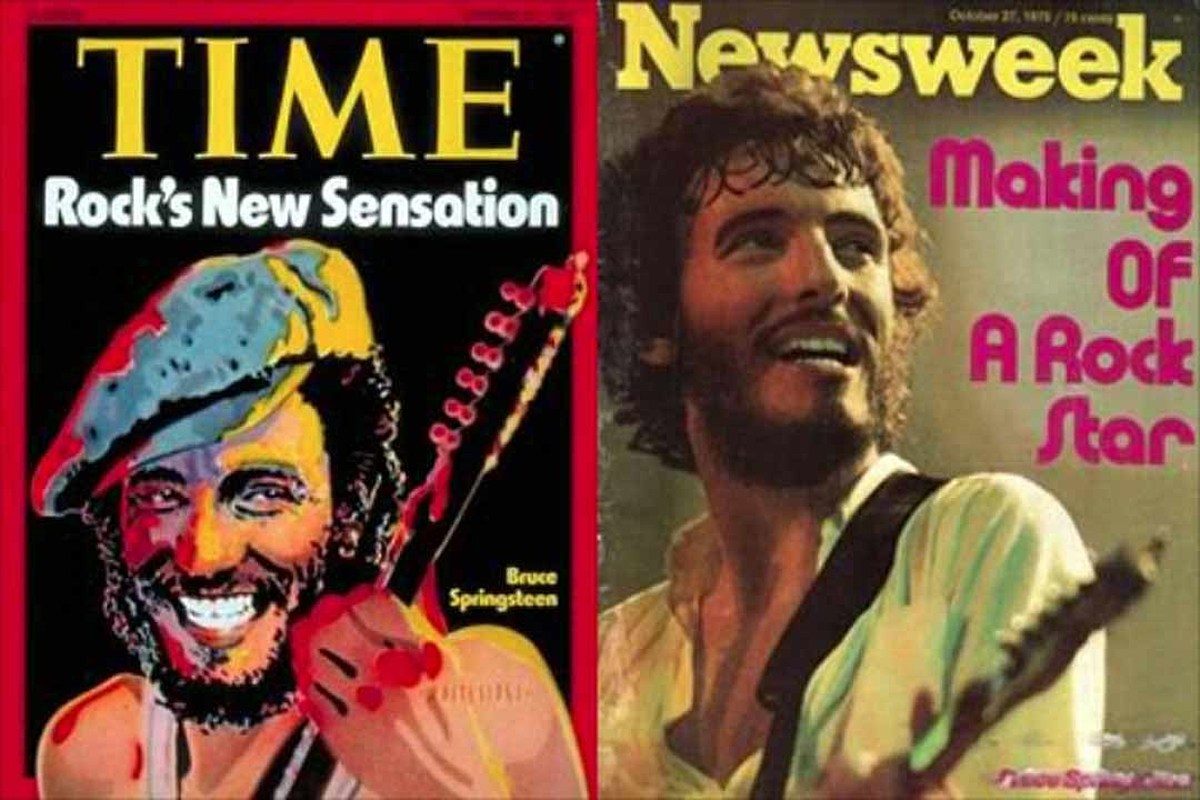 Back in the mists of time (October 1975 to be precise), Springsteen made history by being the first rock star to ever have his face staring back at him/us/whoever bought them from the cover of two of America’s most iconic publications: Newsweek and Time Magazine.

5. He’s won an Oscar and a Golden Globe

The Boss has scooped two of the most prestigious awards in the game. In 1994 he walked off with the Academy Award for Best Original Song for Streets of Philadelphia; then, in 2009, he was handed a Golden Globe for writing The Wrestler, from the Mickey Rourke movie of the same name.

4. He was hugely inspired by Elvis 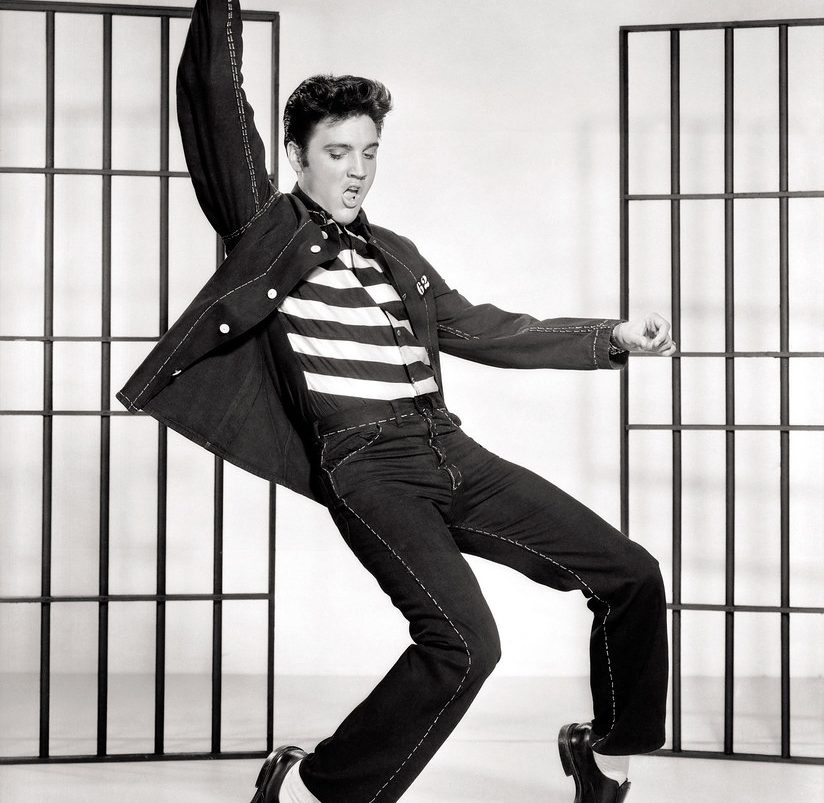 Springsteen went on to compose a track with Presley in mind: Fire. Sadly, he never got the opportunity to present his composition to Presley, who died before he ever heard the song. The Pointer Sisters took the song instead and made it a huge hit in 1979.

3. The first song he ever learned was Twist and Shout 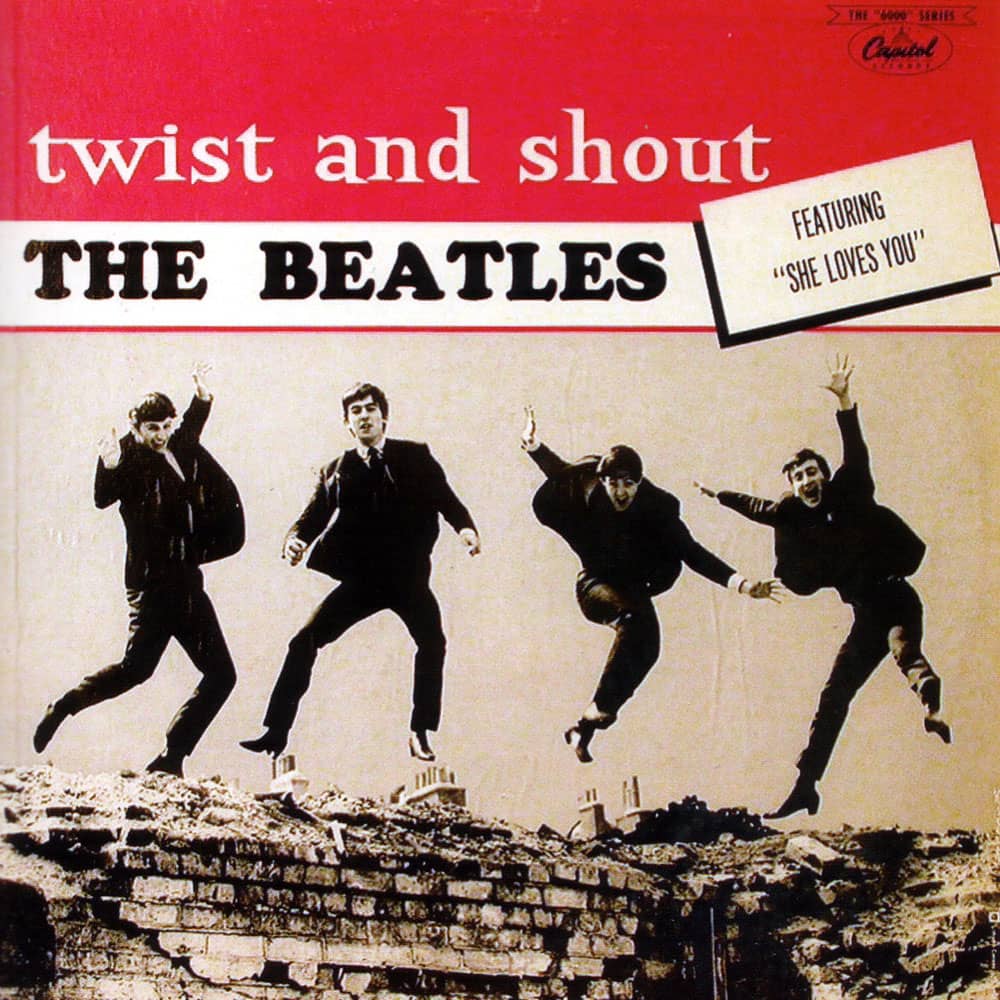 It turns out Springsteen owes his 6-string prowess to Lennon, McCartney and Harrison, as it was The Beatles’ Twist and Shout which the New Jersey native first learned on guitar.

In honour of this heritage (and the part the distinctive Merseybeat played in his formative years), the Boss still plays the track at gigs to this day.

2. Born in the USA is one of the best-selling albums ever 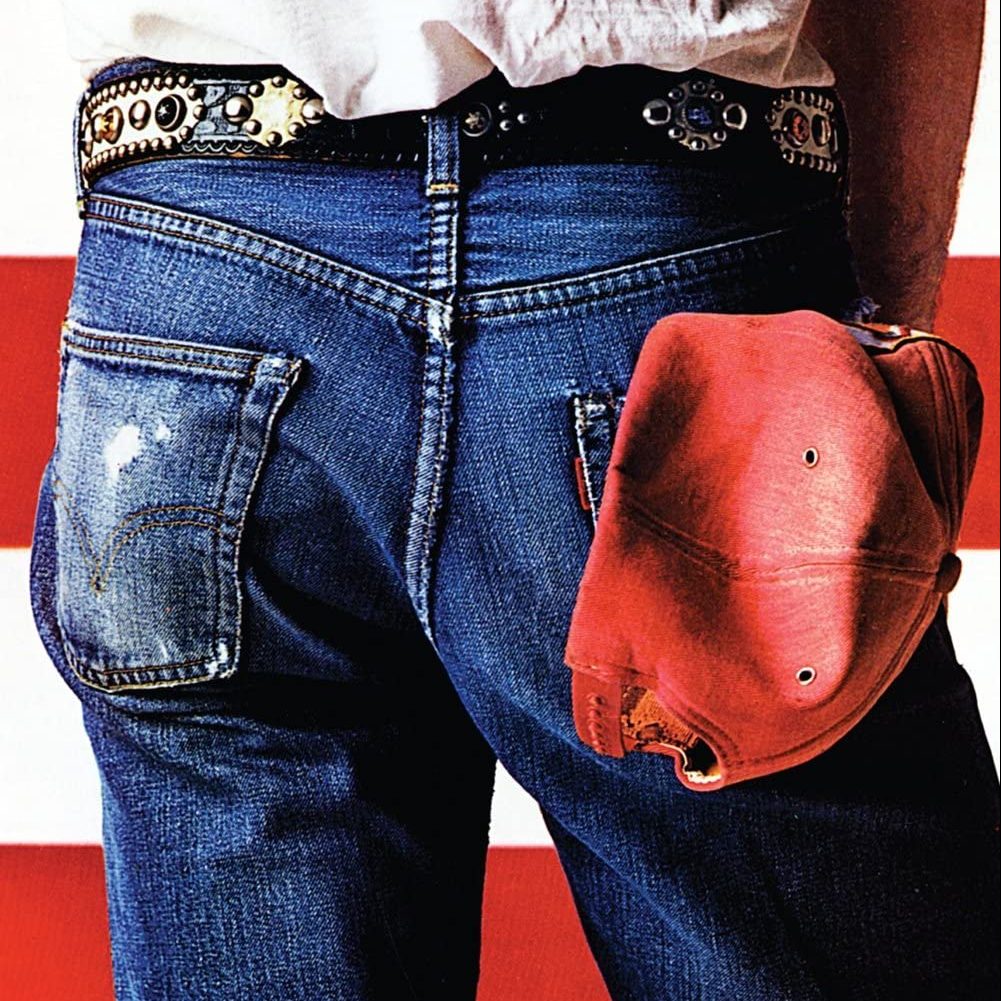 Springsteen’s status went stratospheric as of 1984 with the release of the album Born in the USA, seven singles from which cracked America’s Billboard Top 10, and which shifted a sublime 15 million copies on home soil alone.

It went on to become one of the best-selling albums ever and cemented its place in rock music history.

1. He turned down a $12 million offer for Born in the USA to appear in a Chrysler ad campaign 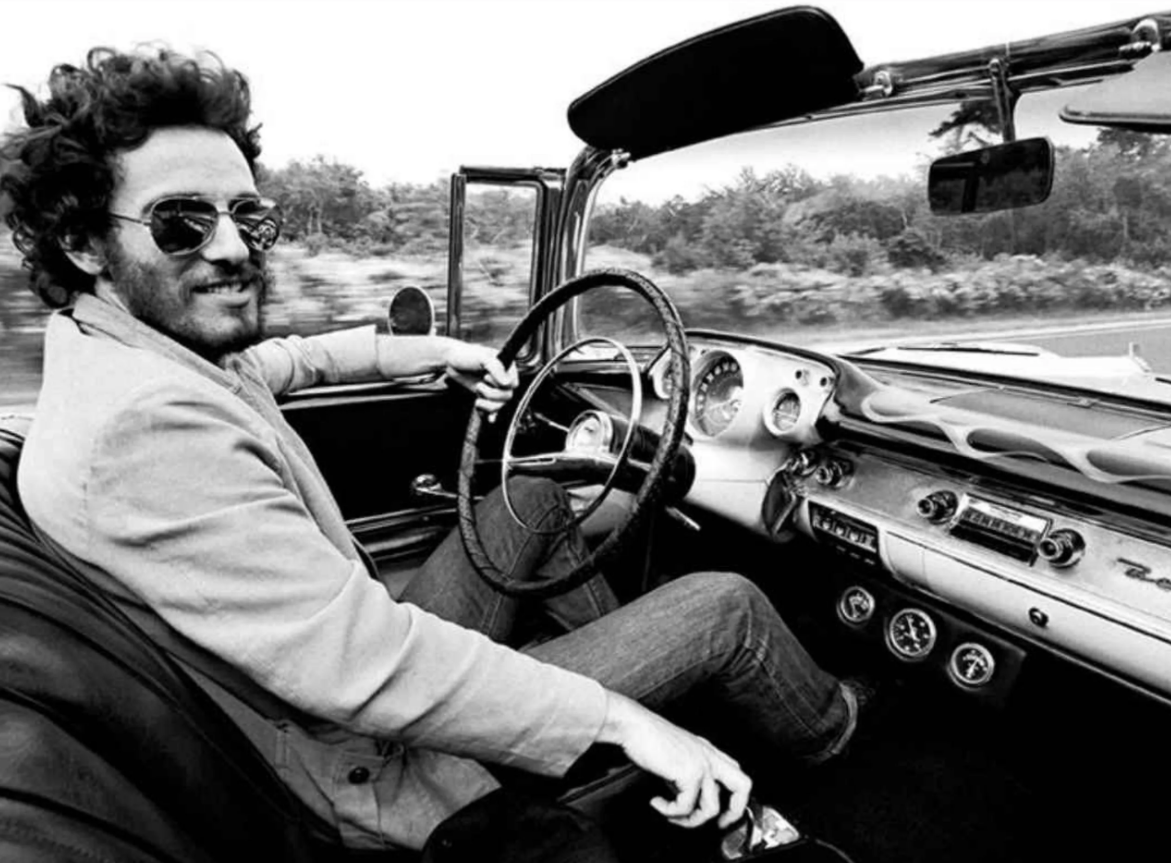 A significant pay-day on the back of the unprecedented commercial success of Born to Run afforded Springsteen the opportunity to flash some cash. He did that in style, with one of his initial purchases thereafter being a classic 1950 Corvette.

Rival auto manufacturer Chrysler then offered Springsteen an earth-shattering $12 million for the right to use Born in the USA in their latest ad campaign. The Boss declined their offer, and a suspiciously similar track – Kenny Rogers’ The Pride is Back – was used instead.