Christopher Reeve was an American actor, film director, screenwriter and activist best known for portraying Superman in the original 1978 movie (and its three sequels). Reeve became an instant film icon thanks to his classic good looks and superb on-screen portrayal of the original superhero.

24. The film was nearly directed by Steven Spielberg 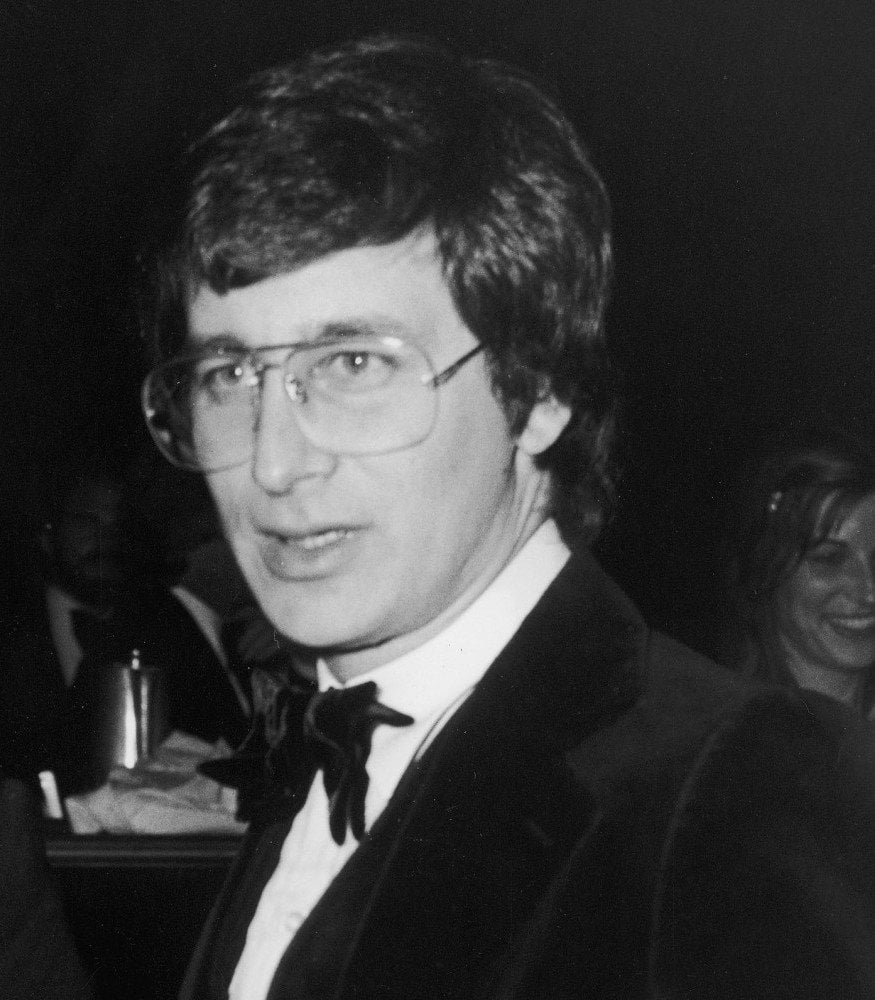 Several big-name directors were considered before Richard Donner was hired, including Steven Spielberg and Sam Peckinpah. Producer Alex Salkind thought that Spielberg was asking for too much money and decided to wait and see how his next film performed at the box office. That film was Jaws, which ended up grossing over $400 million worldwide. Needless to say, Spielberg’s price tag went up considerably, and Richard Donner was brought on to direct instead. 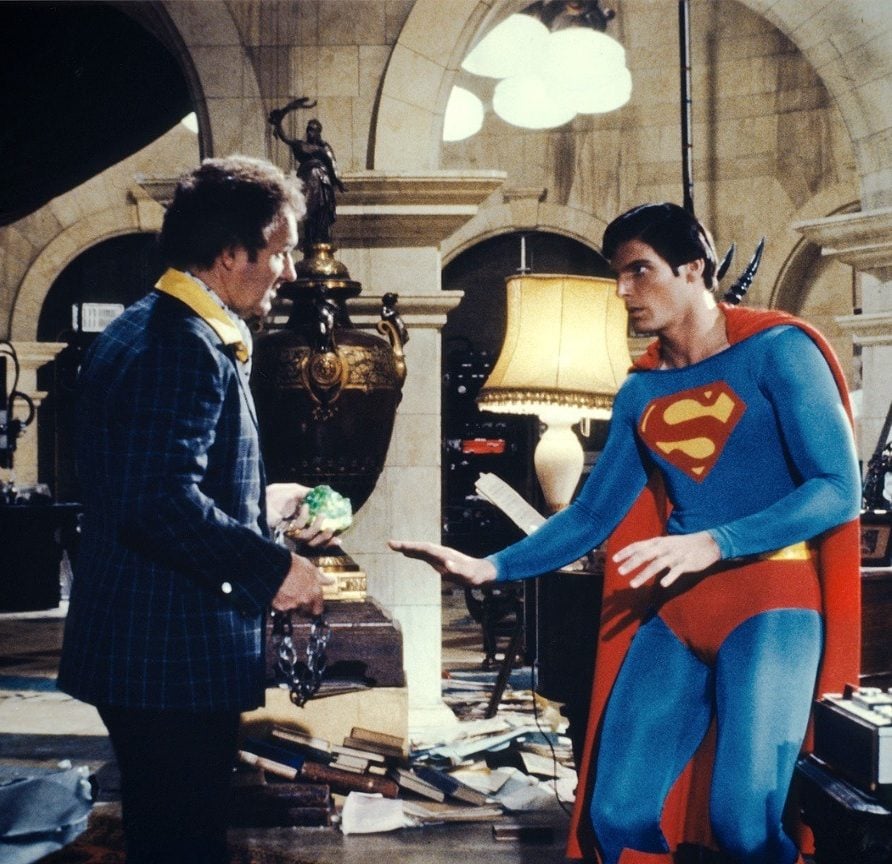 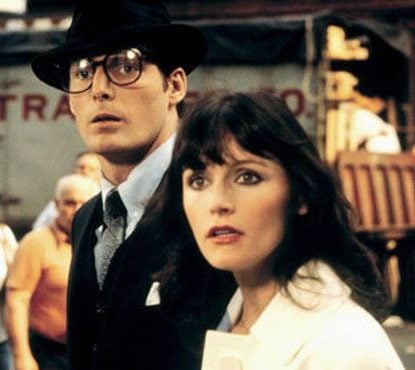 The original film’s casting director, Lynn Stalmaster, placed a picture of Reeve on the list for an audition three times, only for producers to reject it every time. However, Stalmaster eventually managed to arrange a meeting between director Richard Donner and Reeve. Immediately, Donner knew he was the one.

21. Reeve almost lost the role for being too skinny 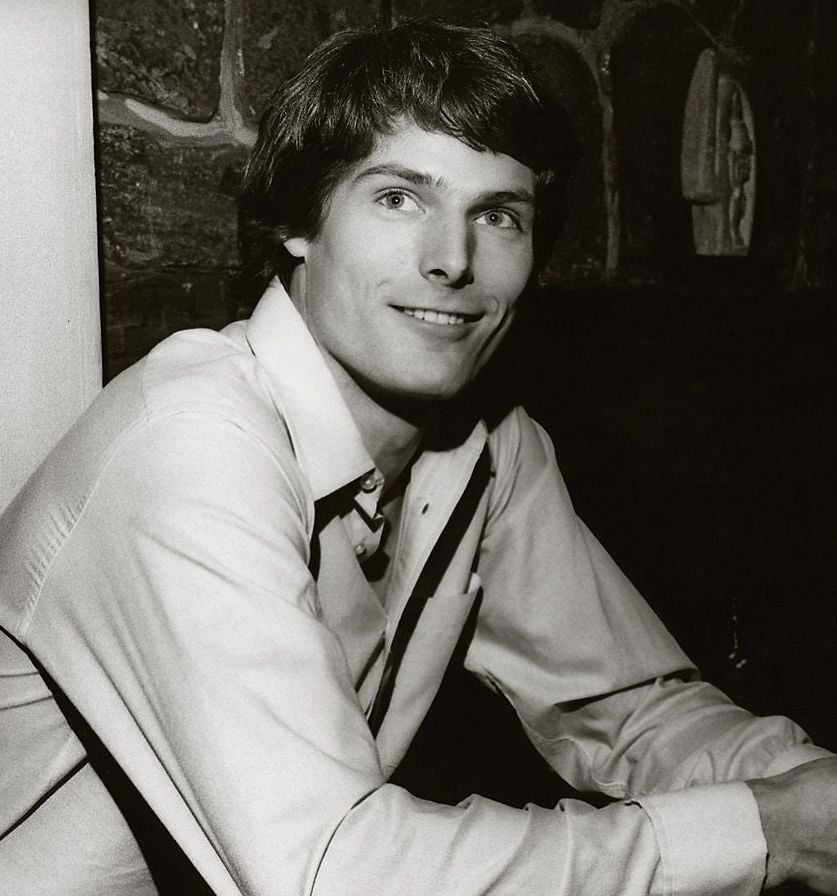 One of the reasons Reeve was rejected so many times was that he was initially thought to be too skinny to convincingly play Superman. According to producer Ilya Salkind, prior to his casting, Reeve “was terrific but was extremely skinny. Six-four, but like a string bean.” Salkind later changed his mind: “Jesus this guy looks so good’ and also he’s got this neck, he had this big neck, and Superman has a big neck. So then I said ‘Why the hell couldn’t he be built up?'”

20. Darth Vader helped Reeve get fit for the role 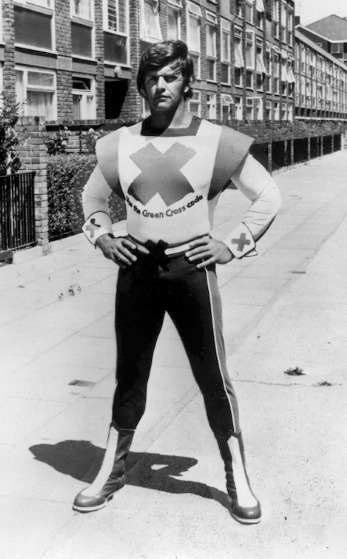 In preparation for his Superman role, Reeve underwent an intense bodybuilding regime supervised by none other than David Prowse, who played Darth Vader in the original Star Wars trilogy. Reeve bulked up from 170 pounds to 212 before filming began.

19. Reeve used his hang-gliding experience for the role 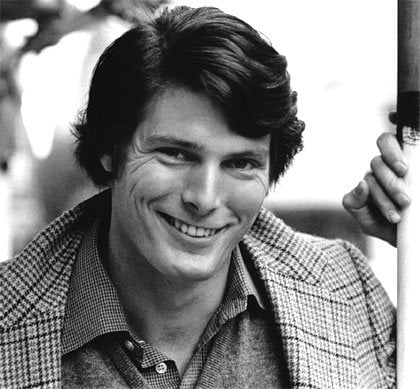 Although Reeve didn’t have superpowers, he did technically learn how to fly. Reeve was actually a qualified hang glider pilot prior to starring in Superman, and it was reported that he used this piloting experience to make the flying scenes in the 1978 movie look more believable. 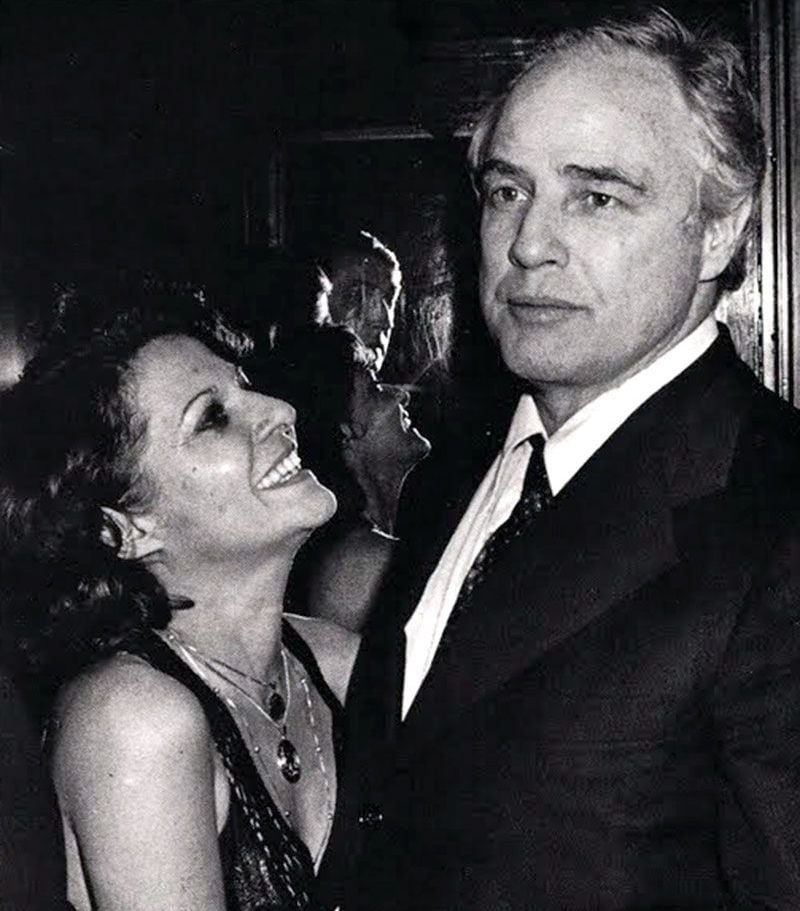 Superman’s producers were so determined to get Marlon Brando for Jor-El, Superman’s father, that they were willing to pay anything. In the end, he was paid a $3.7 million flat fee plus 11.75% of the film’s box office gross profits for 12 days of work. With the film as successful as it was – it took $300 million at the box office – Brando ended up making a total of $19 million for what amounted to ten minutes of screentime.

17. Brando wanted Jor-El to be a bagel 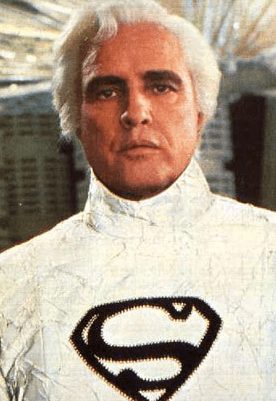 Even after negotiating a massive fee, Marlon Brando still wanted some questionable creative control over the movie, insisting that Jor-El be “a suitcase or a green bagel”, but with Brando providing the voice. Understandably, executives didn’t go for this idea at all.

16. Brando read all his lines from a card because he didn’t want to memorise them 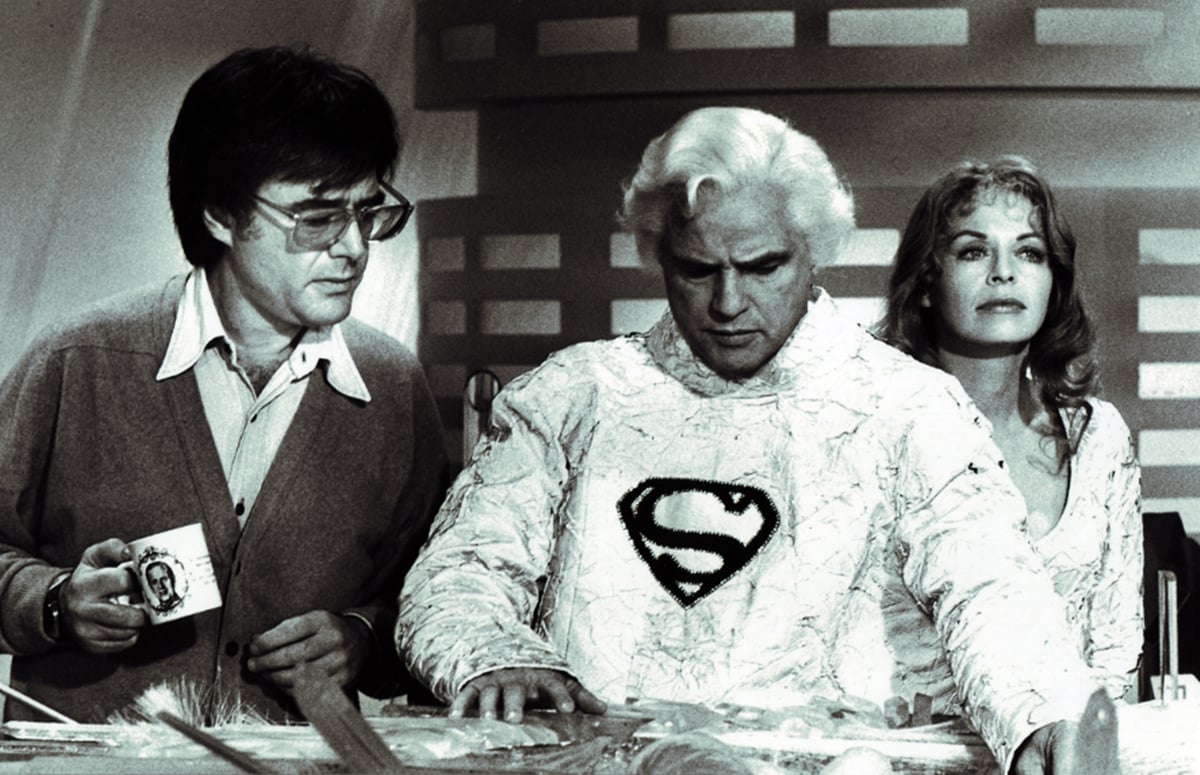 Marlon Brando refused to memorise most of his lines in advance, as he felt that it took away from his performance. Instead, he had cue cards hidden on set to read from during takes. 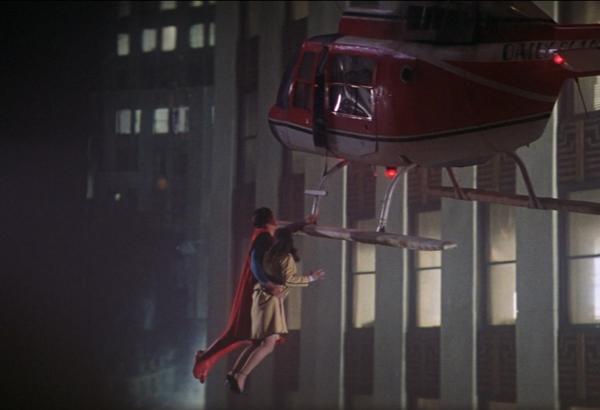 No, we’re not talking about Clark Kent. Christopher Reeve has an additional hidden role in Superman: playing the part of the Metropolis air traffic controller that you hear when Lois Lane takes her dangerous helicopter ride. 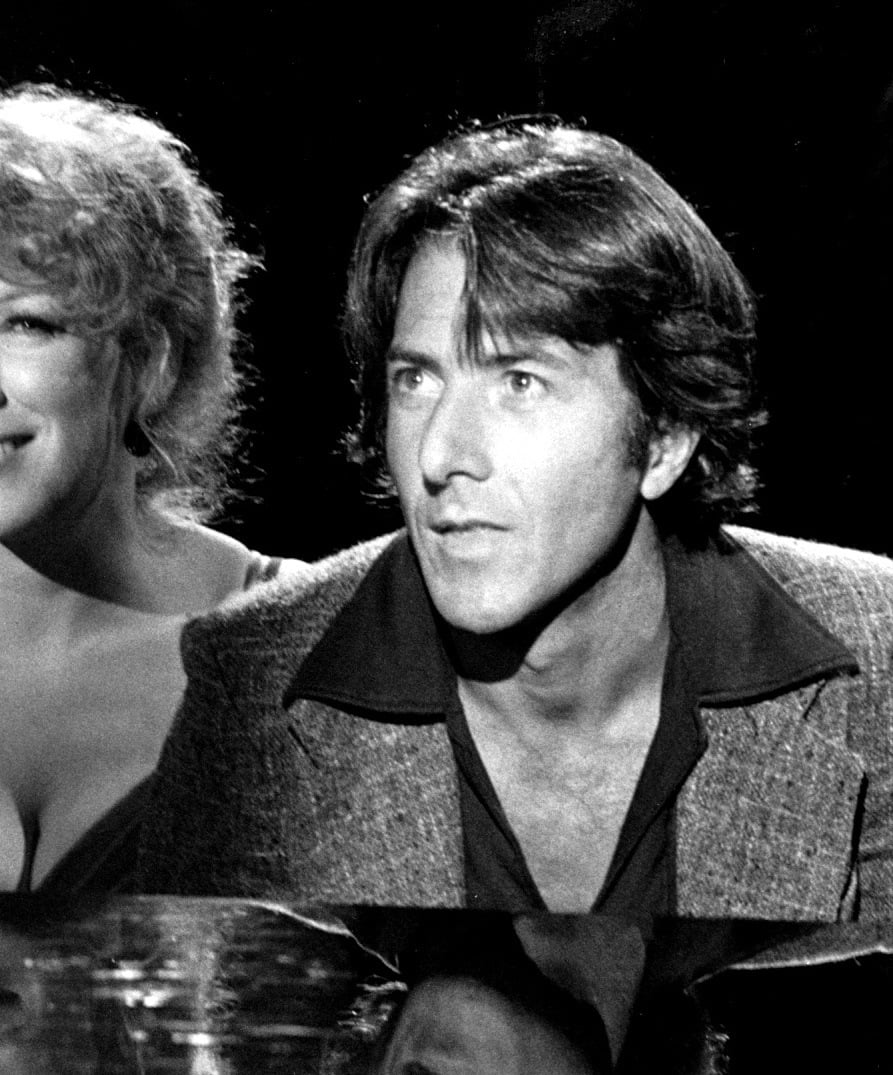 After he passed up the opportunity to play Superman, Dustin Hoffman was offered the perhaps more appropriate role of villain Lex Luthor. However, Hoffman turned the film’s villain down too, leaving Gene Hackman to take the part. 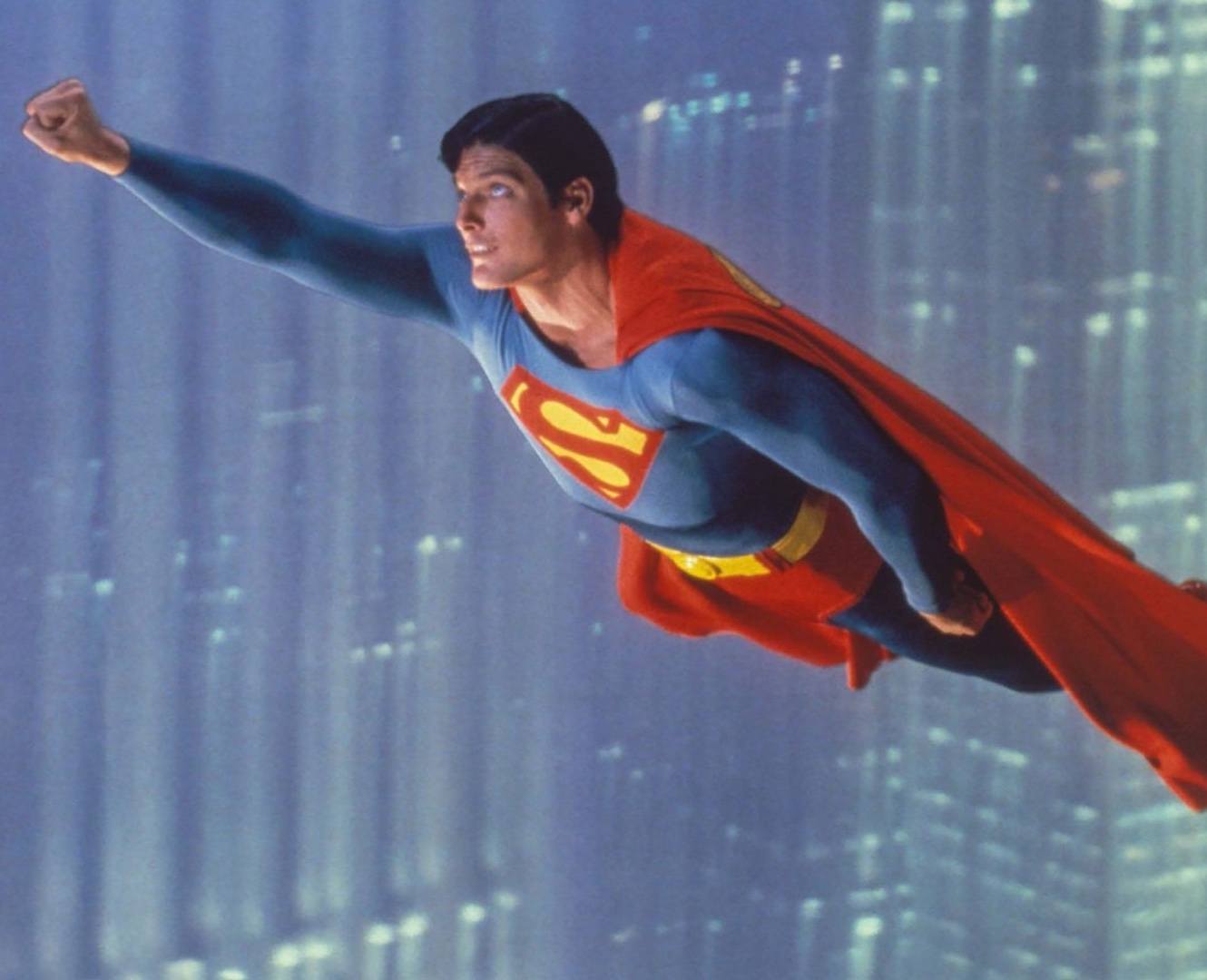 Given that the tagline for the film was “You’ll believe a man can fly”, Superman’s producers were obviously serious about getting the aerial elements of the film right. Indeed, in pre-production, there were huge losses in trying to make the flying scenes look authentic. Said producer Ilya Salkind in 2008: “we lost about $2 million [on flying tests]”.

12. Kojak was originally supposed to cameo 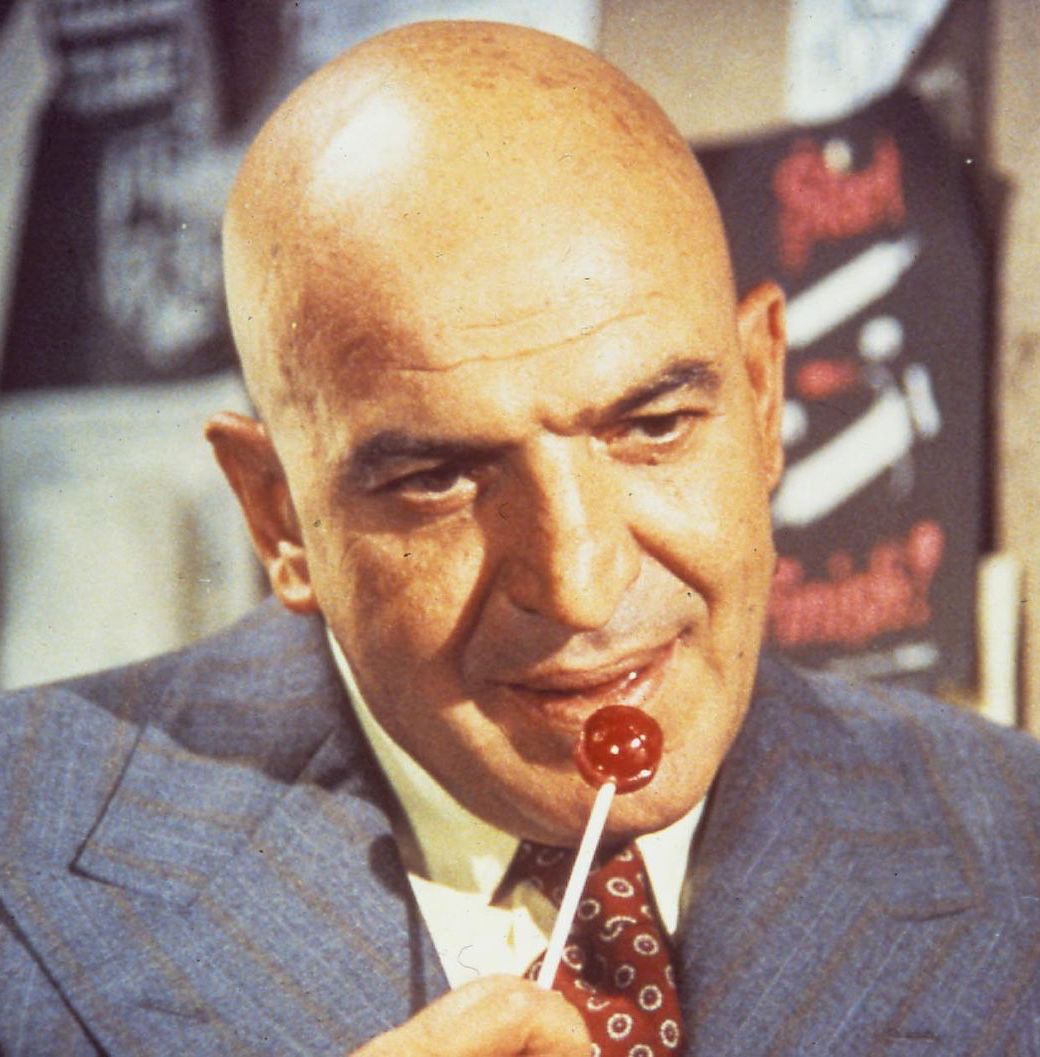 With the film getting ready to shoot, director Richard Donner hired Tom Mankiewicz to perform a last-minute rewrite of the massive 400-page script turned in by Mario Puzo (yes, The Godfather’s Mario Puzo). One scene from the original script with which Donner took umbrage sees Superman, pursuing the bald-headed Lex Luthor, instead found the similarly chrome-domed Telly Savalas, in character as his TV character Kojak. Mankiewicz removed the scene altogether.

11. The teen Clark Kent actor had 3-4 hours of prosthetics applied each day to resemble Reeve 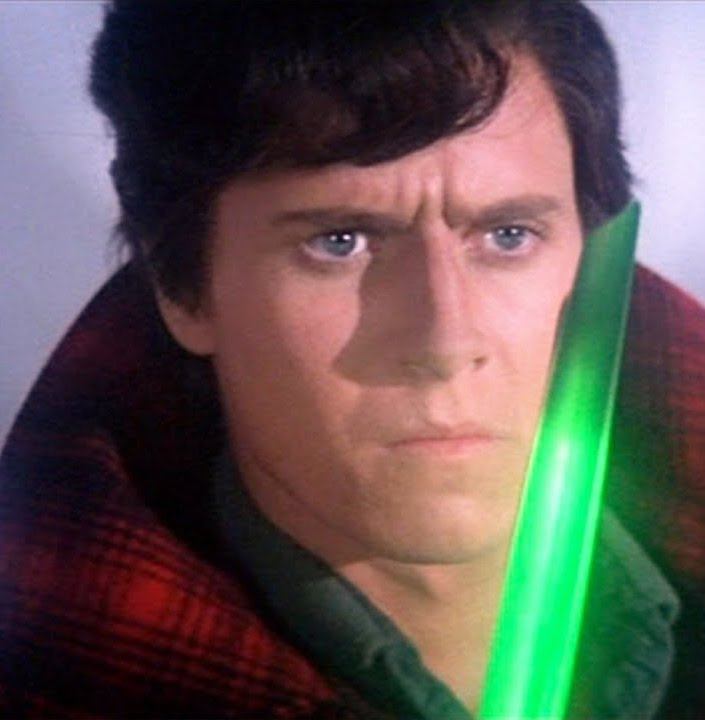 Jeff East, who plays the teenage Clark Kent, might have been the right choice as actor for the role, but he needed some help to physically match up with Superman’s lead. East spent 3-4 hours in makeup each day, having prosthetics and a wig applied, to look more like Christopher Reeve. Furthermore, East’s voice was also dubbed by Reeve in post-production.

10. The film was the most expensive ever made 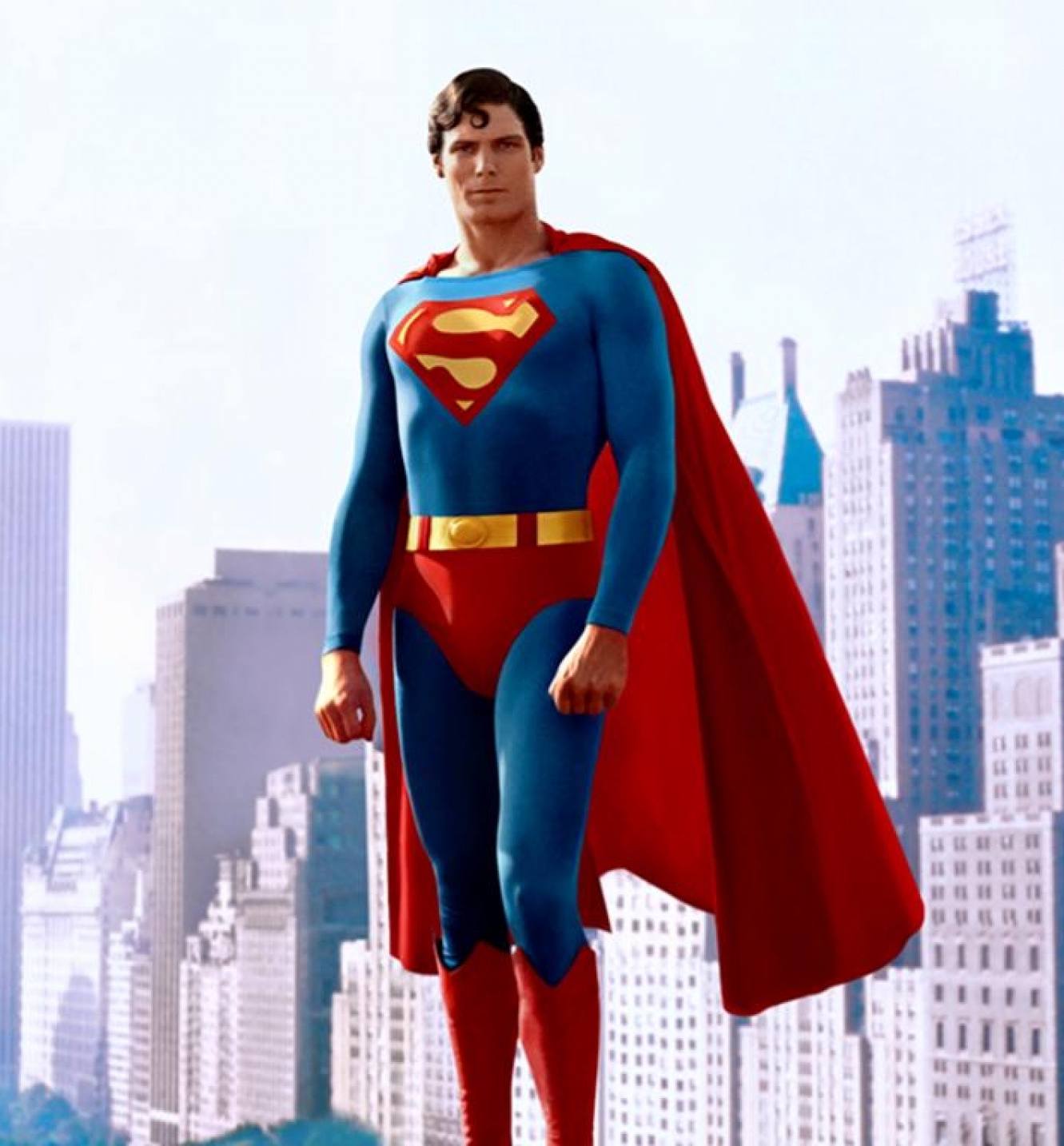 In 1977, when Superman went into production, it was unheard of that Hollywood would spend huge sums on tentpole films as is common practice today. Back then, Superman’s budget of $55 million – which would amount to $230 million today, or the price of an average Marvel movie – made it the most expensive movie ever produced at that point.

9. It was shot back-to-back with Superman II 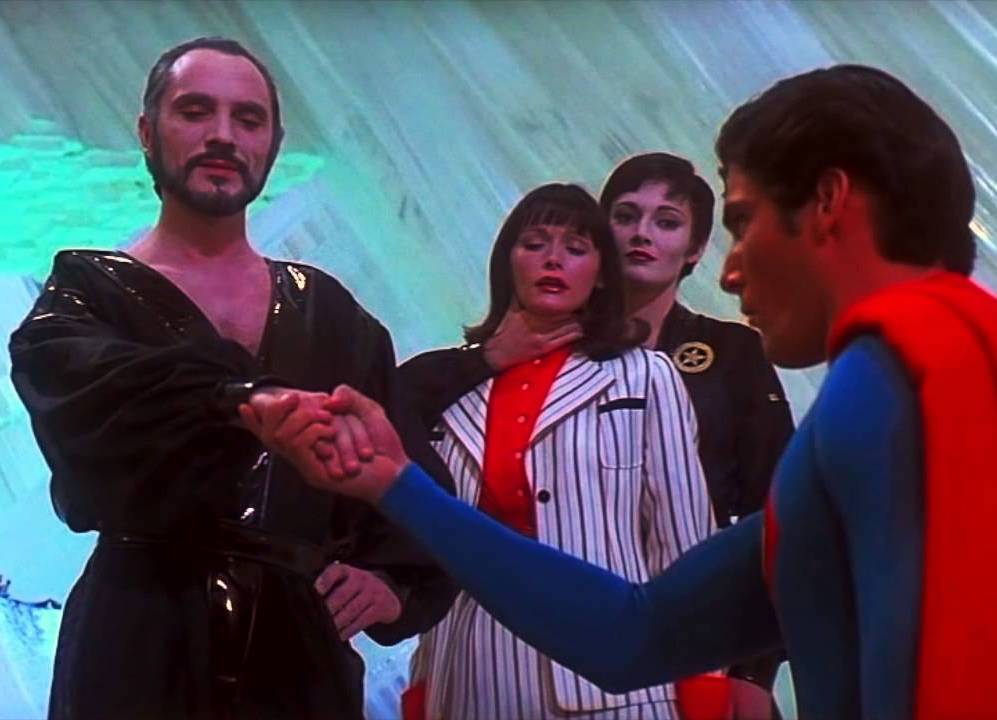 Keeping costs down on what was already looking like an enormously expensive film, the producers made the decision early on to shoot Superman back to back with sequel Superman II. All in all, filming would go on for 19 months. 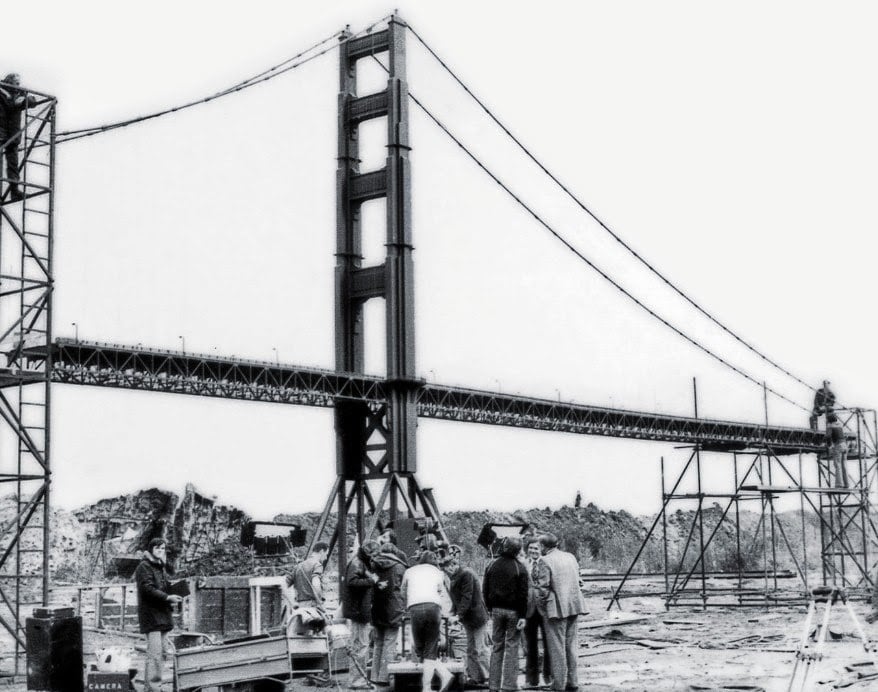 No expenses were spared when it came to Superman’s special effects. For the sequence featuring the Golden Gate Bridge, producers from scratch built a ‘miniature’ of the landmark – albeit one that still measured 70 feet long and 20 feet wide.

7. The Superman costume was changed because the blue screen kept making it disappear 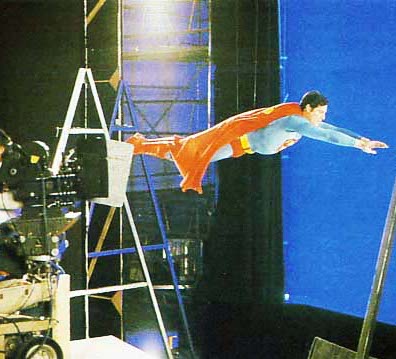 An early adopter of the blue screen, the special effects work on Superman actually ended up changing Kal-El’s look. Originally, the Superman costume was of a much darker blue, but blue screen tests showed that the suit was made transparent by the process. The suit was then changed to a lighter shade of blue.

6. It almost had a musical number 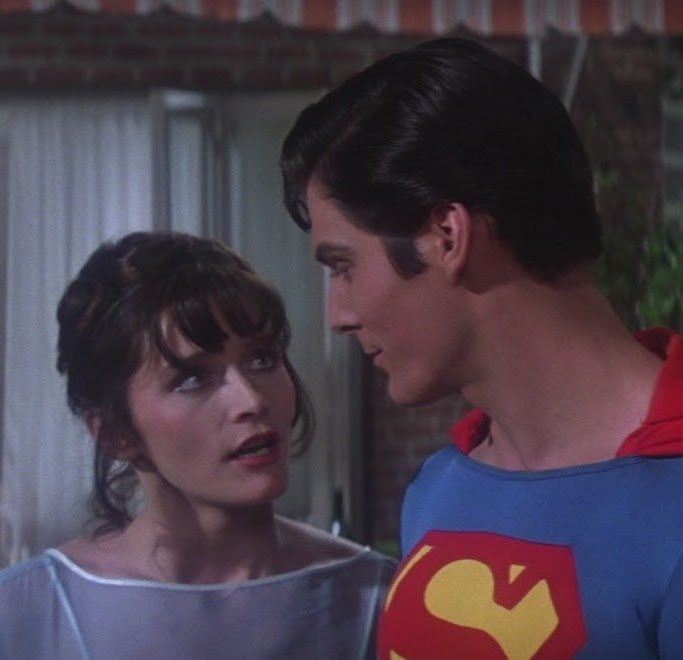 When Superman first takes Lois Lane flying, Lois begins a monologue in voiceover, in which she asks: “Can you read my mind?” But instead of a voiceover, picture this scene with a musical number sung by Margot Kidder, and you get an idea of the Aladdin-esque moment that almost was. Thankfully, Donner scrapped the idea to feature a musical sequence in his film, with the song that was supposed to be used – Can You Read My Mind?, sung by Maureen McGovern – later being released as a single. 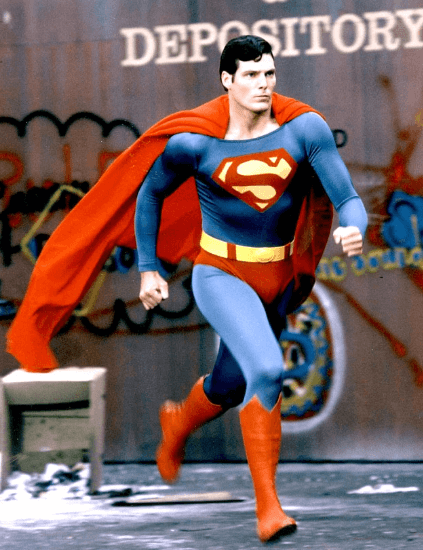 Reeve is the youngest actor ever to be cast as Superman. He was only 24-years-old when he first starred as the character in the 1978 film, compared to 27-year-old Brandon Routh (Superman Returns) and 30-year-old Henry Cavill (beginning with Man of Steel). 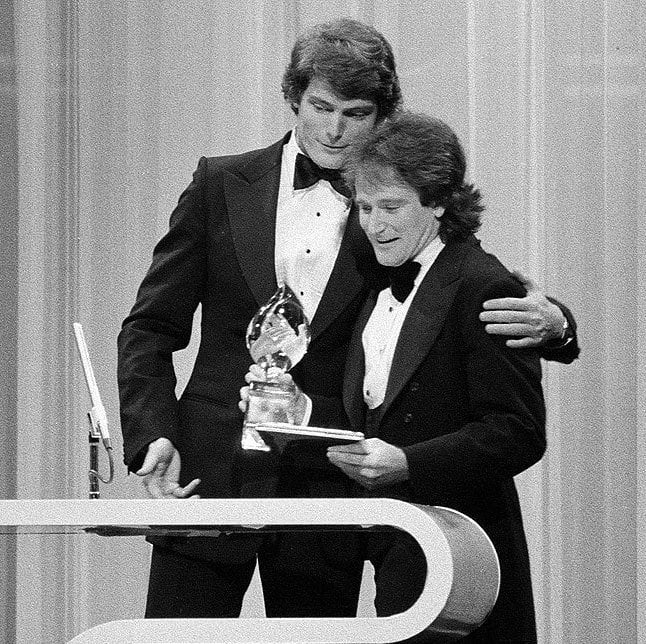 At 6 ft 4 inches, Christopher Reeve is officially the tallest of the nine actors to have played Superman in both films and television. Brandon Routh comes closest, at 6 ft 2 1/2 inches. 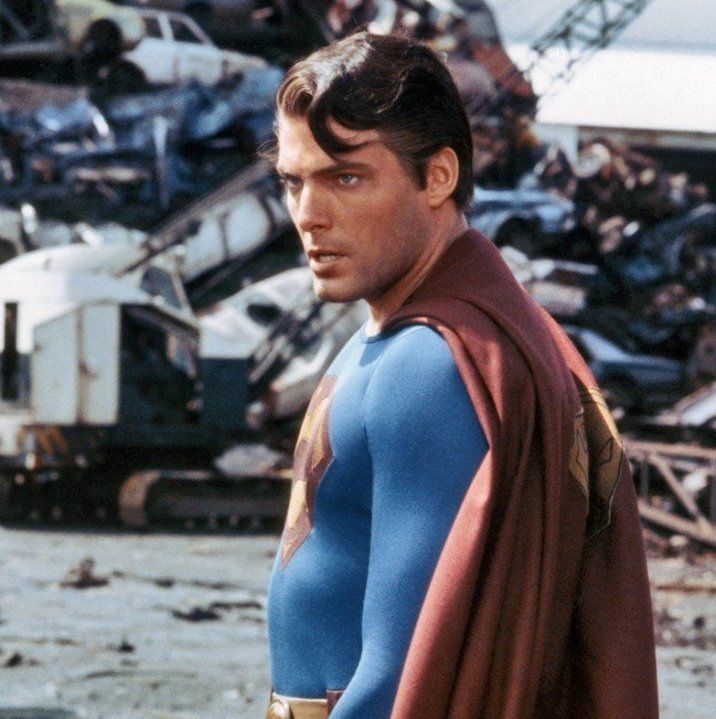 Reeve was billed after Marlon Brando and Gene Hackman in the first film, and received second billing after Hackman in Superman II. It just goes to show that a strict hierarchy was very important to Hollywood actors back in the 70s and 80s.

2. The fourth Superman film was a massive box office failure 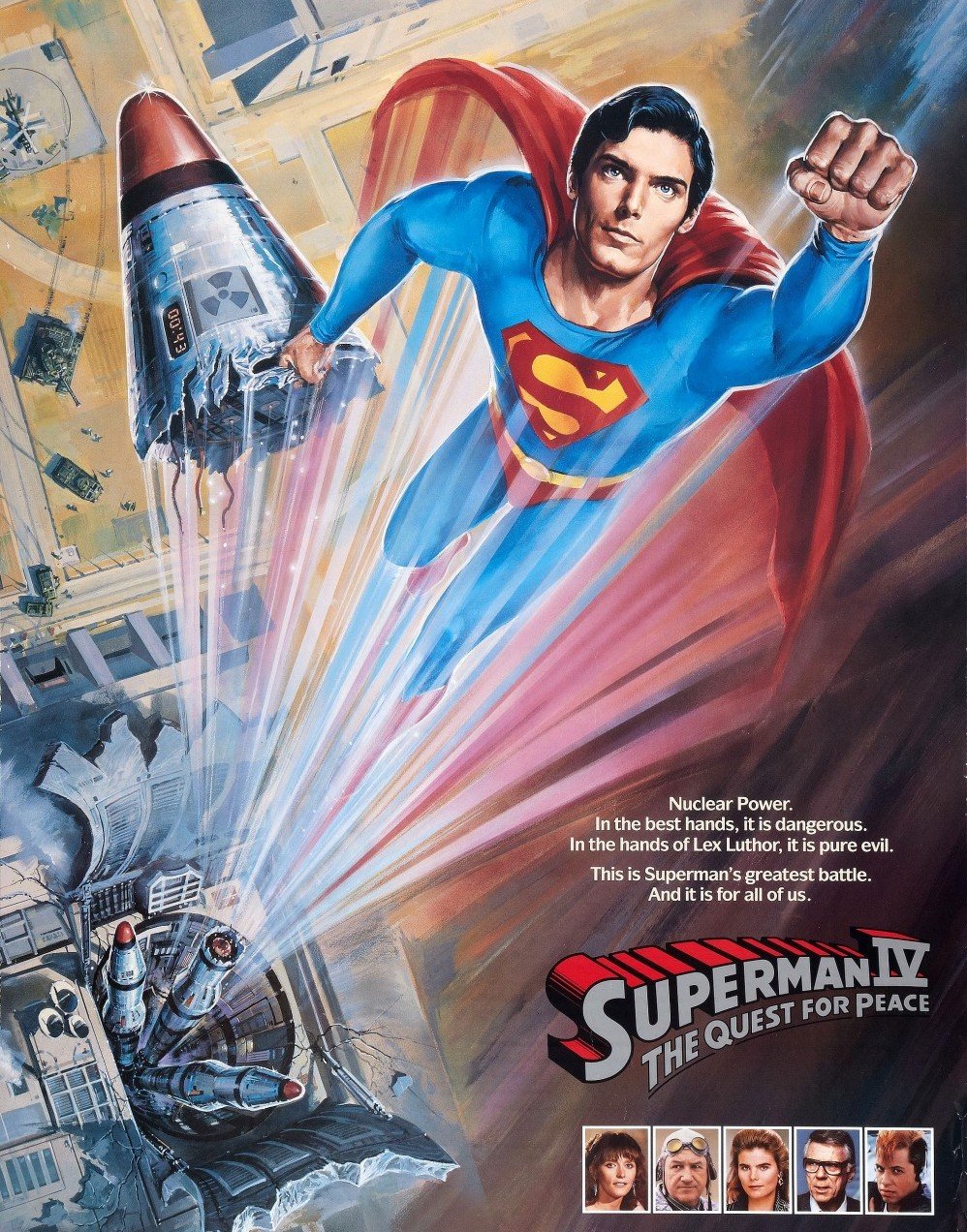 Reeve’s fourth film as Superman (Superman IV: The Quest for Peace) was a box office bomb, and the lowest-grossing Superman film to date. Reeve later said that he regretted his involvement in the film and believed its failure was a huge blow to his career.

1. Reeve was a Superman in real life 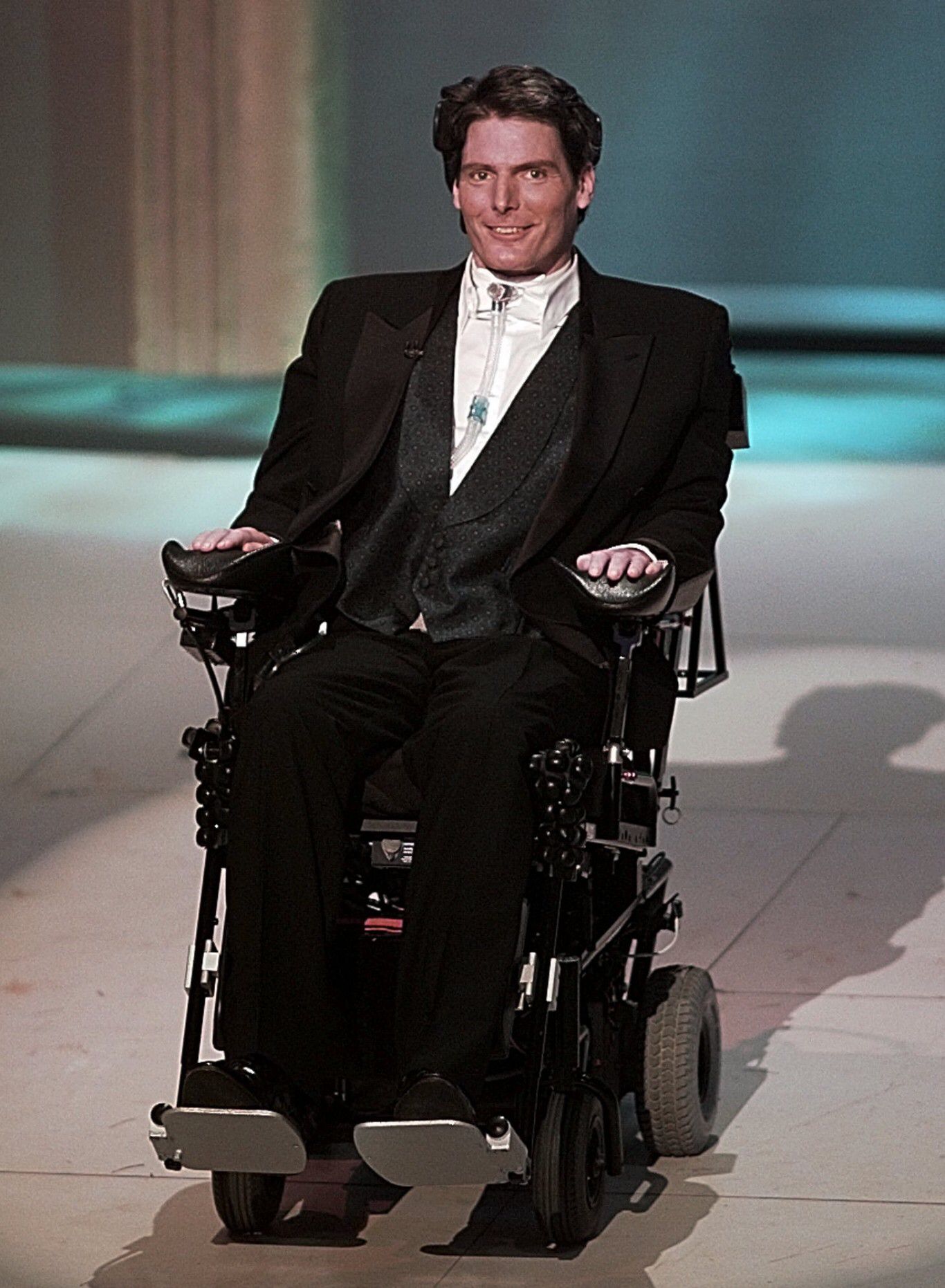 On May 27 1995, Reeve became a quadriplegic after being thrown from a horse during an equestrian competition. He was confined to a wheelchair and required a portable ventilator until his death on October 10th, 2004. Reeve lobbied on behalf of people with spinal cord injuries and for human embryonic stem cell research, founding the Christopher Reeve Foundation and co-founding the Reeve-Irvine Research Center.