8 Things Only Adults Notice About The 1980s Dungeons & Dragons Cartoon

Perhaps the greatest example of a supposedly ‘children’s’ TV show from the 1980s that actually gave us some quite horrific nightmares, Dungeons & Dragons’ plot saw six friends transported to an otherworldly realm where they enlisted the help of a Dungeon Master. The tabletop Dungeons & Dragons game the animated show was based on was already a source of controversy, following accusations it was teaching children about the occult. And honestly, looking back three decades later causes us to view the adventures of Hank, Eric, Sheila, Diana, Presto and Bobby very differently…

Below are eight things that only adults notice about the 1980s Dungeons & Dragons cartoon.

8. It’s far too scary for children to watch 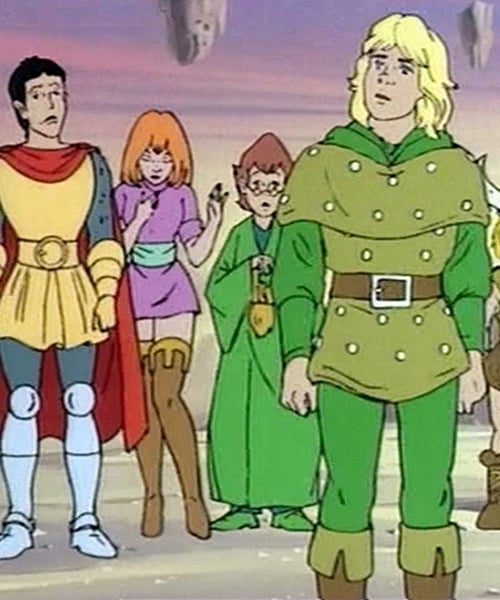 Dungeons & Dragons was genuinely scary, and had a level of violence that caused one episode (The Dragon’s Graveyard) to almost be scrapped entirely.

We can remember a number of particularly terrifying episodes keeping us awake long into the night, including one where the friends became evil and started attacking each other. Another still saw young children being dragged through a portal underneath their beds before being put to work by a monstrous dictator.

7. The show was linked to some real-life deaths 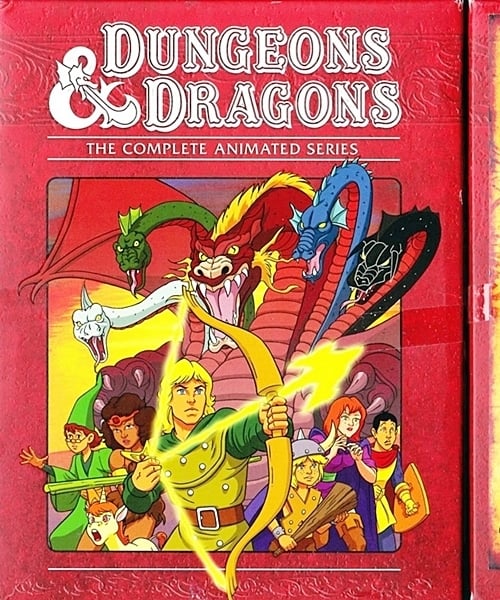 Shockingly, Dungeons & Dragons was linked with some real life deaths in the United States, leading to a warning being added to every subsequent airing of the show in that country.

The warning, which was added after demands were made by the National Coalition on Television Violence, made it clear that links had been made to real violent deaths, and if that didn’t cause parents to think twice about letting their children watch the show then we don’t know what would!

6. The show’s protagonists never made it home 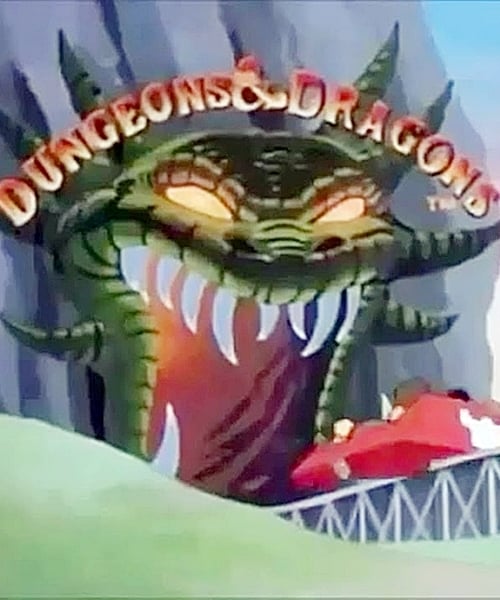 Dungeons & Dragons was a far cry from the watered down, inoffensive offerings that modern day kids are presented with, so we shouldn’t be too surprised to learn that the show never had anything close to a happy ending.

There were one or two occasions when the characters did temporarily make it home, but various developments – including the time the evil Venger followed them through the portal – meant that they always had to return.

5. It had one of the best animated TV villains of all time 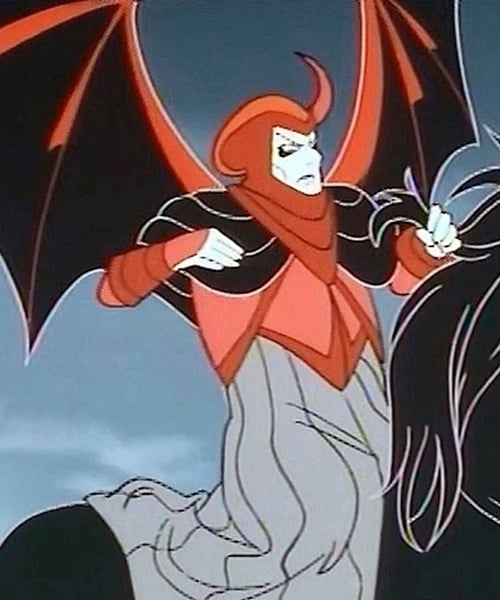 We have to admit that when watching Dungeons & Dragons as a child during the 1980s, it completely passed us by what an amazing TV villain Venger was.

Venger – whose voice was provided by Optimus Prime himself, Peter Cullen – was an amazing looking and scary arch enemy who sought the children’s weapons to increase his power and strengthen his grip over the realm. With hindsight we really do believe that he is one of the greatest animated TV villains of all time.

4. It never got a satisfying conclusion 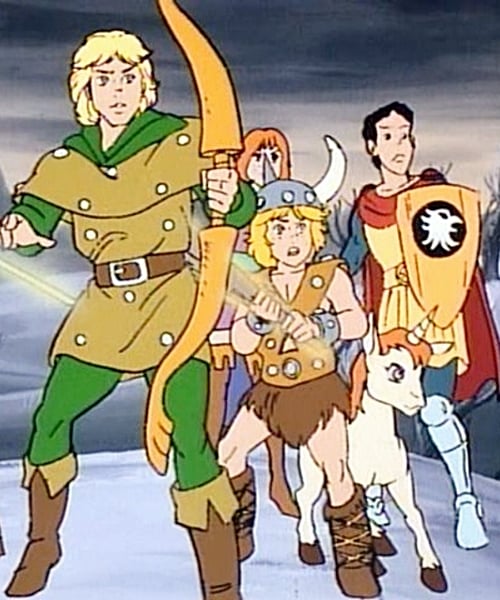 Another thing we didn’t find out until we reached adulthood was that Dungeons & Dragons never came to a satisfying conclusion. We had always assumed that we missed the episode where the children made it home and everyone lived happily ever after, but the truth is that the show was cancelled before its creators were able to complete the final episode.

A concluding episode called Requiem had been written but it never entered production following the show’s cancellation. However, the episode was performed as an audio drama for a special Dungeons & Dragons DVD release, and it was later turned into fan made animation that you can watch for free on YouTube. 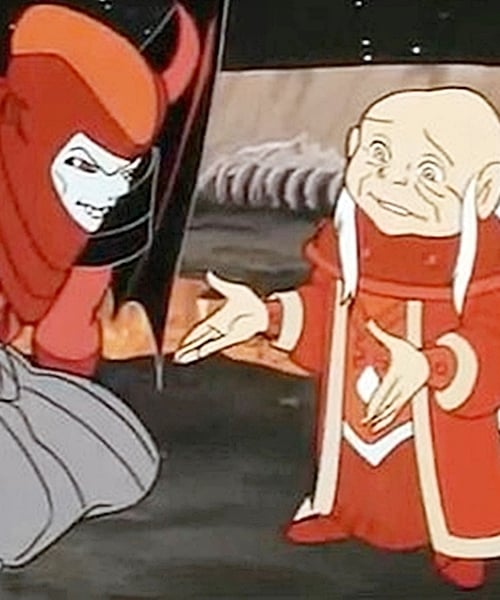 If you’re anything like us then you never considered any kind of familial relationship between the show’s protagonists and their nemesis Venger, but as grownups we know that there was indeed a blood connection between them.

The aforementioned final unproduced episode would have revealed that Dungeon Master was actually Venger’s father, leading to some kind of redemptive storyline for the evil wizard.

2. The voice acting was really good 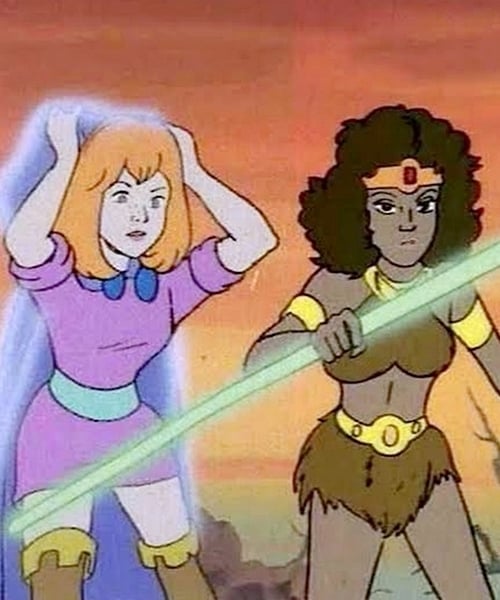 Another thing we paid no attention to whilst watching our favourite cartoons during the 1980s was the quality of the voice acting, but it’s clear to us now that the performances of the Dungeons & Dragons cast were a cut above the rest.

Indeed Tonia Gayle Smith, who provided the voice of Diana the acrobat, was even nominated for the Outstanding Young Actress award at the 1985 Youth in Film Awards.

1. There was a creature that even Venger was scared of 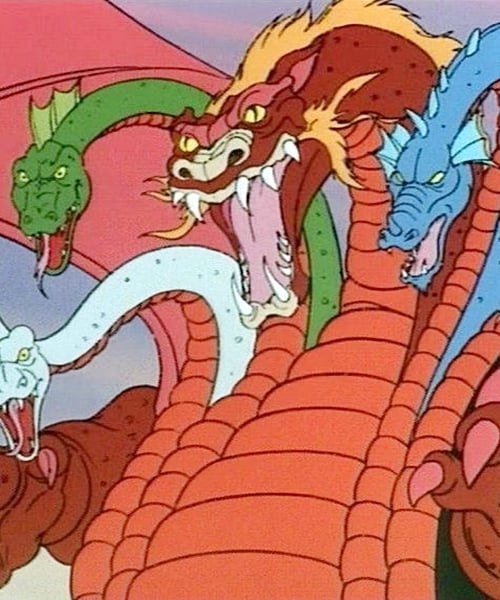 We could have sworn that Venger was the only bad guy in Dungeons & Dragons, but we were recently reminded of a number of different evil beings that Dungeon Master and the children had to battle over the show’s 27-episode run.

In addition to the mysterious Shadow Demon was Tiamat, a five-headed dragon who even the powerful Venger was afraid of.