8 Things Only Adults Notice About She-Ra

Introduced as He-Man’s long lost twin sister in the 1985 animated film The Secret of the Sword, She-Ra very quickly became just as popular as her musclebound Eternian brother.

Created to appeal to young girls in the same way that He-Man had captured the imagination of millions of 80s boys, She-Ra has stood the test of time and recently returned to our screens in the 2018 Netflix reboot She-Ra and the Princesses of Power. So please join us as we raise our sword of protection, declare “for the honor of Grayskull” and explore 10 things that only adults notice about She-Ra.

8. Her TV show was influenced by Star Wars 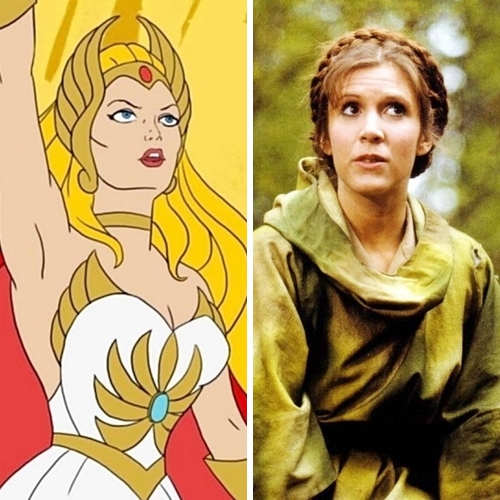 Something we hadn’t noticed until recently was how closely She-Ra’s storyline mirrors the one of Luke Skywalker and Leia Organa in the original Star Wars trilogy.

So we’re not at all surprised to learn that the brother and sister partnership of Luke and Leia in the 1983 Star Wars film Return of the Jedi was a big influence on She-Ra’s backstory and animated TV show.

7. Her headpiece is actually an upside-down mask 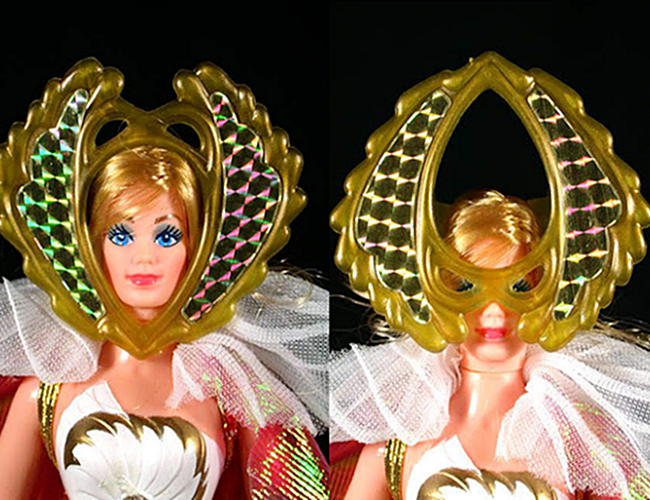 Somehow we managed to live through our entire childhood without realising that our She-Ra toy could wear her glittery, golden headpiece upside down as a mask.

Apparently this feature didn’t prove popular with the young girls of the time, so it didn’t feature at all in She-Ra’s TV show and many people, including us, were not aware it even existed.

6. She is just as strong as her twin brother He-Man 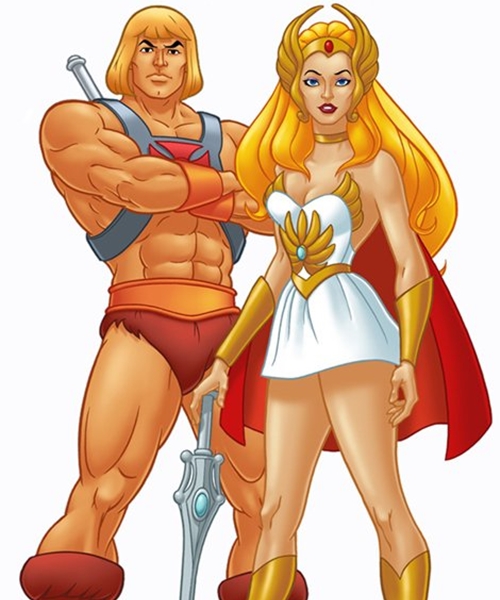 As well as being incredibly fast and acrobatic She-Ra is shown lifting rocks and buildings, easily matching the power displayed by her twin brother in He-Man and the Masters of the Universe.

5. She never attacks anyone with her sword 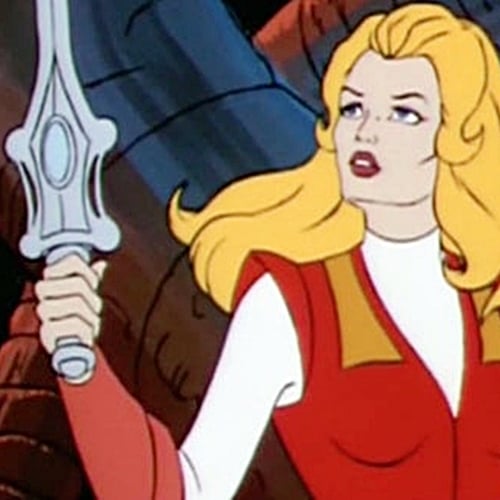 Despite often wielding her indestructible sword of protection which is able to deflect any energy blast that comes her way, just like her twin brother He-Man, She-Ra never actually attacks any human beings with her sword.

The princess of power is occasionally seen destroying robotic enemies, but never uses her sword in an offensive manner and never even punches or kicks anyone.

4. She is only able to remain as She-Ra for a limited time 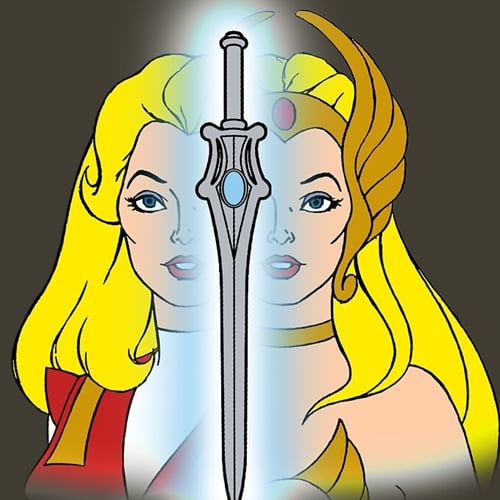 Like Cinderella transforming back into a servant girl after a clock strikes midnight, Princess Adora’s time as She-Ra appears to be time-limited.

Although this is never directly referenced in her TV show, there are a number of episodes when she returns to her Princess Adora form against her will, implying that her time as She-Ra is indeed short.

3. She has become a gay icon 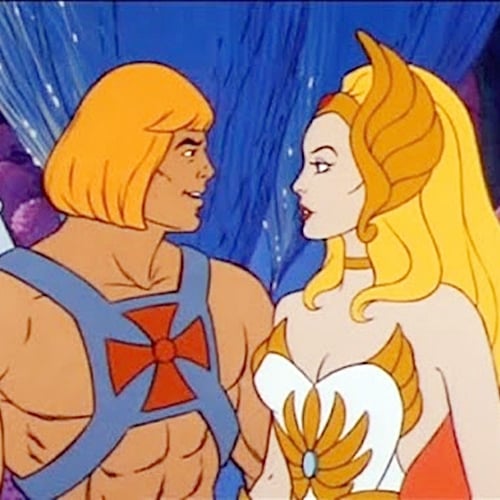 It’s only as adults that we became aware how much of a gay icon She-Ra has become in the three and a half decades since she first appeared on TV screens and on toy shop shelves.

She-Ra and He-Man’s song ‘I Have the Power,’ which featured in their aforementioned film The Secret of the Sword, has been played at a number of gay weddings.

2. She was popular with both girls and boys 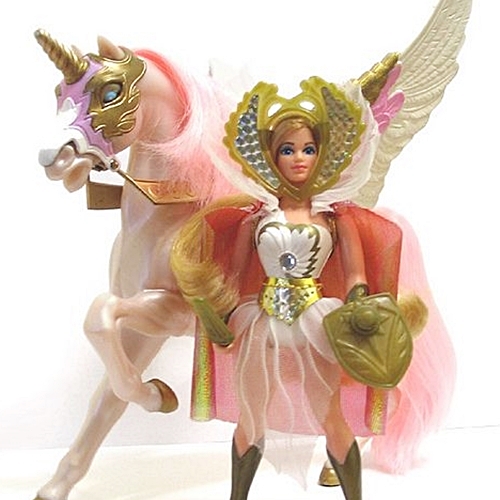 Young boys might have baulked at playing with She-Ra toys in front of their sisters, but as adults we have learned that 80s boys actually enjoyed the world of She-Ra as much as they did He-Man.

This was backed up by a study organised by the University of Southern California during the 1980s, when one young boy was quoted as saying that “She-Ra is strong and really smart. All Barbie is worried about is wearing her clothes and living in her dream house.”

1. Many of her toys are now worth a lot of money 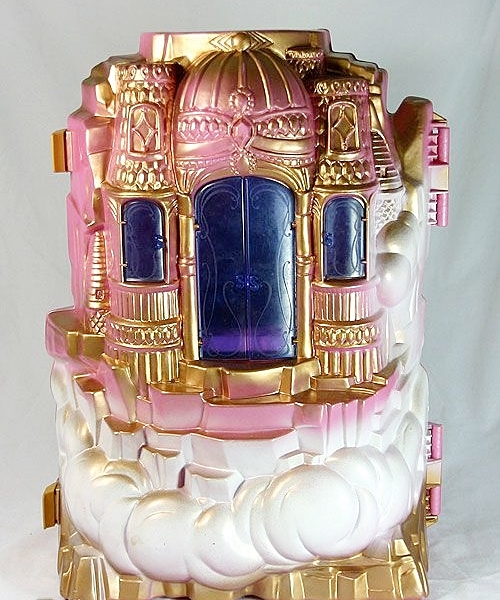 We really wish we had held onto some of our 80s toys, because so many of them are now fetching large sums of money when auctioned online.

For example, a boxed version of She-Ra’s Crystal Castle is now worth around £250, whilst her horse Swift Wind can fetch in the region of £125.