10 Things Only Adults Notice About M.A.S.K.

As children growing up during the 1980s we tended to take things at face value, only questioning what had been put in front of us once we reached adulthood.

We’ve taken a nostalgic look back at He-Man and the Masters of the Universe and ThunderCats, two classic cartoons that certainly look slightly different when you watch them with a more mature worldview.

Today it’s the turn of what may be our favourite childhood TV show of them all: M.A.S.K. So don your mask, strap yourself into your favourite transforming vehicle, and join us as we explore 10 things that only adults notice about the classic cartoon.

10. It’s actually a tale of revenge 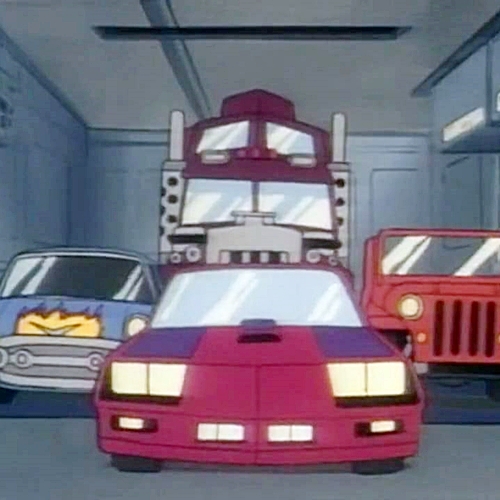 It may have been aimed at children, but even a brief exploration of M.A.S.K.’s backstory shows that the cartoon can also be interpreted as being a rather dark tale of revenge.

As revealed in one of the mini-comics that came packaged with the first wave of toys, Matt Trakker designed and built the M.A.S.K. technology alongside his brother, before Miles Mayhem betrayed them both, killing Matt’s sibling in the process.

9. Many of the characters were voiced by the same person 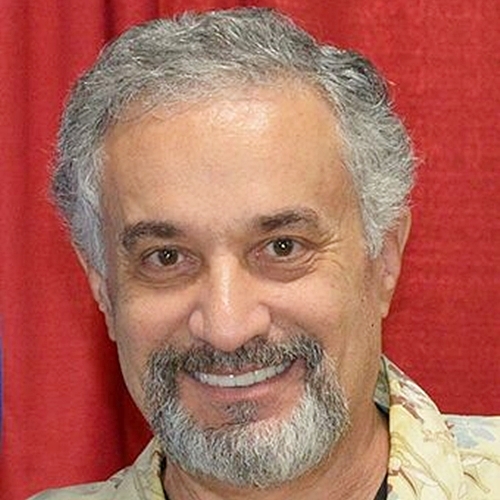 Whether it was head honcho Matt Trakker, Bruce Sato or Brad Turner, we all had our favourite M.A.S.K. character – but did you know that many of the show’s main characters were voiced by the same person? 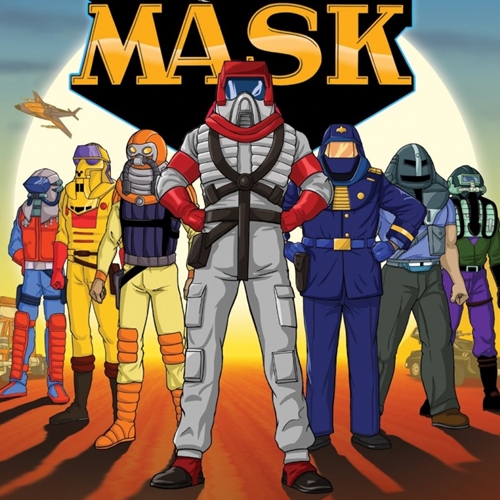 As children we all knew what the four letters of M.A.S.K. stood for, but our adult selves later discovered that the acronym didn’t work quite as well as we once thought.

Because, whilst V.E.N.O.M. standing for Vicious Evil Network of Mayhem is grammatically correct (if slightly over the top), M.A.S.K. stands for Mobile Armored Strike Kommand. We guess a show called M.A.S.C. wouldn’t have had quite the same appeal.

7. The cartoon was only created to sell more toys 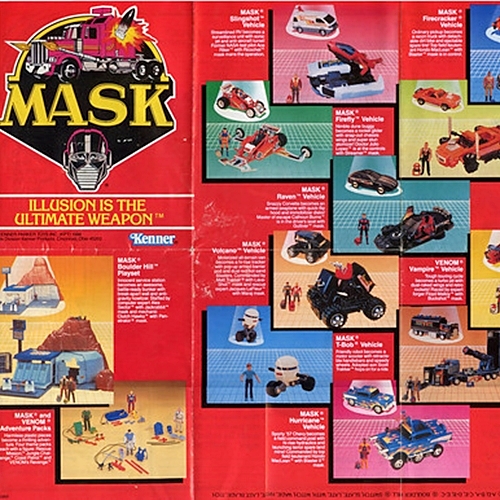 The legendary M.A.S.K. toy range was created by US manufacturer Kenner in an attempt to compete with Hasbro’s extremely successful Transformers and G.I. Joe products, and whilst the cartoon series was equally as vital as the toys to our childhood selves, the truth is that the show was created simply to shift more units from shop shelves.

If we’re being completely honest, watching M.A.S.K. as an adult very quickly reveals that the show isn’t nearly as good as we once thought. David Perlmutter, author of the Encyclopedia of American Animated Television Shows agrees, writing that “the intent was clearly to showcase the weaponry and vehicles at the expense of anything deeper in terms of plotting and characterization.” 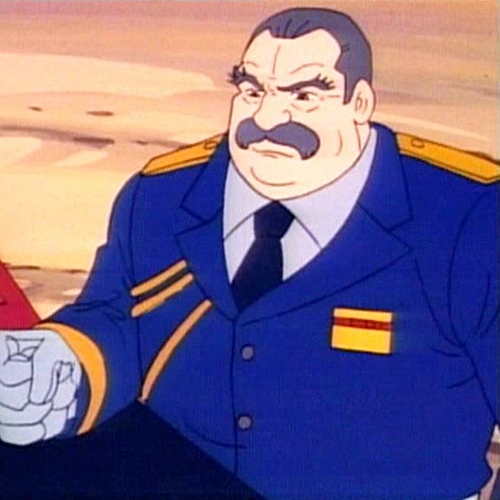 Rather than being an evil organisation filled with complex characters, the aim of Miles Mayhem’s V.E.N.O.M. seems to have been to make as much money as they possibly could.

Whether it be stealing expensive artifacts, counterfeiting or kidnapping, increasing their finances was always the aim of the game for this particular gang of ne’er-do-wells.

5. The third season of the cartoon didn’t make any sense whatsoever 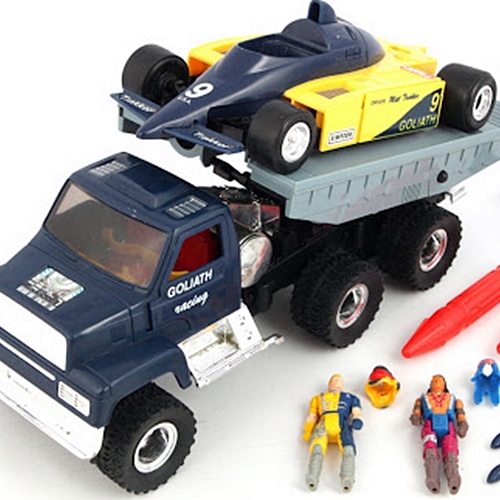 Whilst the first two seasons of the M.A.S.K. cartoon portrayed a simple battle of good versus evil, the third season introduced a different element that definitely hasn’t stood the test of time.

Because, as well as continuing to wage war in various vehicle-based standoffs, the third ‘racing’ season also saw M.A.S.K. and V.E.N.O.M. compete against each other in a number of destruction derby or Formula 1 style races. In hindsight, this was clearly just an excuse to introduce a new range of vehicles for us 80s kids to spend our parents’ hard-earned wages on. 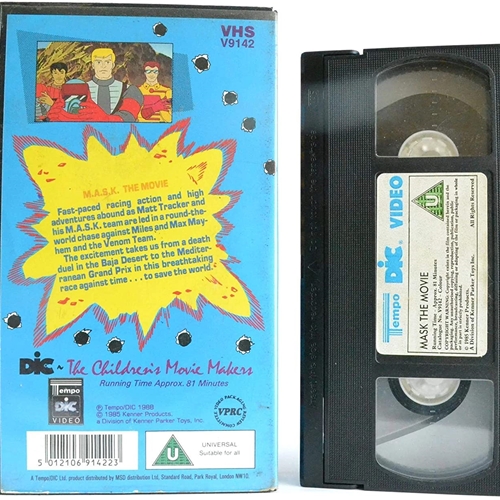 Do you remember being gifted a VHS copy of M.A.S.K The Movie when you were a youngster? We do, and it caused a great deal of excitement as we salivated over the prospect of feasting our eyes upon a brand new, feature-length M.A.S.K. adventure.

Unfortunately, it later transpired that we were being completely ripped off by the powers that be, because both M.A.S.K. The Movie and its follow up M.A.S.K. The Movie II were simply episodes of the TV show that had been edited to resemble a full-length film.

3. The spin-off video games were a massive disappointment 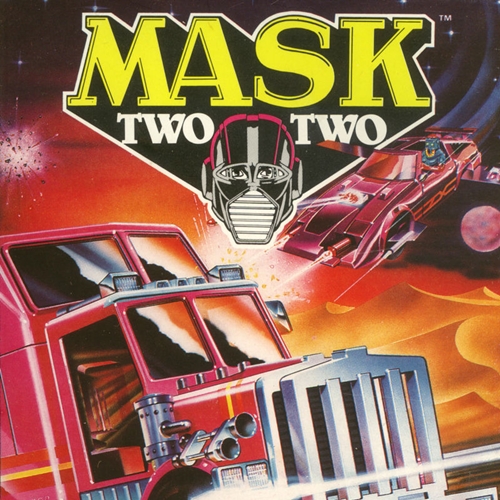 Another source of tremendous excitement when we were young was being presented with a M.A.S.K. video game, but sadly they all turned out to be complete disasters.

Gremlin released three M.A.S.K. video games between 1987 and 1988, with the first for the ZX Spectrum containing a bug on the third level that meant you were unable to progress any further!

2. We would be slightly richer had we held on to the toys 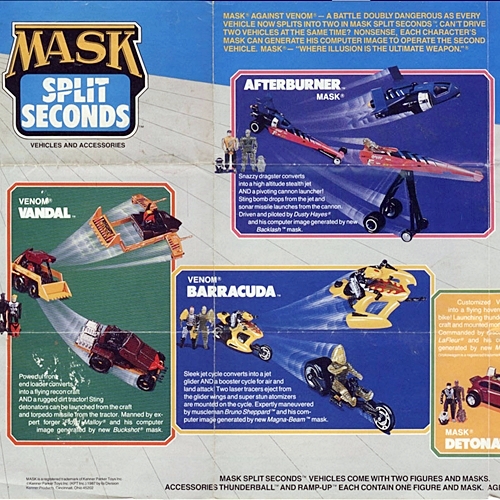 Whilst we played with them so much that they were all in a rather poor condition by the time our childhood ended, we still might have been able to make a decent return on our M.A.S.K. toys if we had held onto them.

Some of the toys now fetch a pretty penny on auction sites such as Ebay, with vehicles from the later ‘Split Seconds’ range often being sold for three figures.

1. It would still make a great live-action film 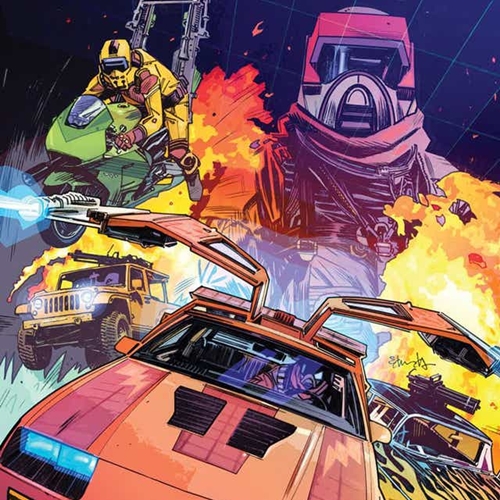 One thing we still hold out hope for is that Hollywood will finally get round to producing a live action M.A.S.K. film, because we think our favourite 80s cartoon would transfer brilliantly onto the silver screen.

In 2016 it was reported that Paramount Pictures were creating a film universe that would combine M.A.S.K. with G.I. Joe, Visionaries: Knights of the Magical Light, Micronauts and Rom, but despite the studio signing a deal with director F. Gary Gray, the project still seems to be some way off.