These Famous Female Characters Have Changed So Much Over The Years

Many movies and TV shows that are released today show characters that have been taken from the past. These characters have been quite prominent over the course of history and they have left a mark quite deep on the people who enjoyed the shows. TV shows and movies from the past introduced characters with almost mythic qualities, indeed, some were goddesses, witches, and superheroines. Among them, there were women to be loved and women to be feared. Let’s take a look at 18 iconic female roles from story, stage, and screen and see just how they have changed over time. 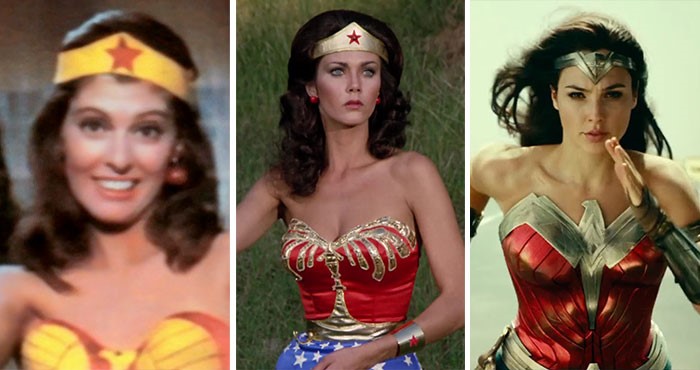 These days, when you think about Wonder Woman, Gal Gadot is the woman that comes to your mind. However, it was not always the case. Over the years, many beautiful and fearsome women have played the role of the Princess of Themyscira. The most prominent of these women was Linda Carter. Others included Michelle Monaghan, Rosario Dawson, and Lucy Lawless.

The character of Princess Diana took the world by storm in the 80s, becoming the first royal to bring a touch of modern independence to her duties and public persona. There are literally hundreds of productions chronicling her struggles, and trying to explain her tragic and mysterious death. Most recently the role was played by Naomi Watts in 2013.

Everyone knows about Alice from Wonderland. This one was created by the great author, Lewis Carroll. As far back as 1903, when Alice showed up in a silent film directed by Cecil Hepworth starring May Clark in the role of Alice. It was Disney’s unforgettable animated portrayal of the character in 1951 that really solidified the character in our minds. 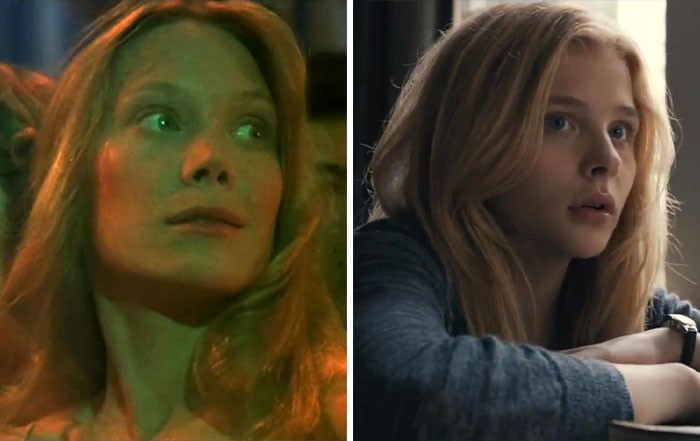 It seems like every Halloween, we see some incarnation of Carrie, usually wearing a bloody prom dress. In 2013 a new adaptation of the film cast Chole Grace Moritz in the role of Carrie White but it was Sissy Spacek’s performance that brought believability. She was a character you instantly felt sorry for. 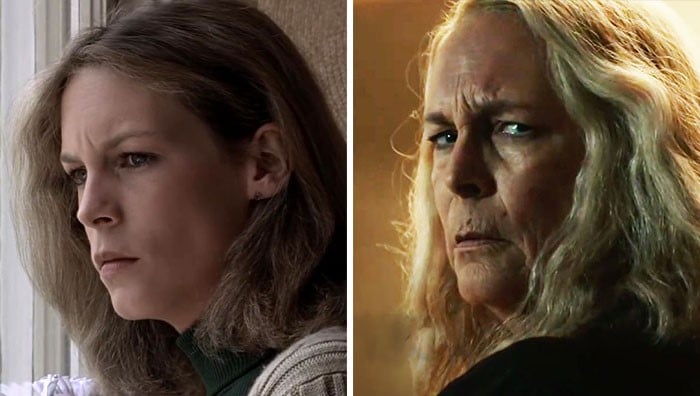 This character hails from one of the most memorable horror films of all time. The incredible performance by Jodie Foster is a big reason why. The landmark thriller by John Carpenter created an unrivaled horror franchise. It has since spawned other incarnations including Rob Zombies 2017 Remake casting Scout Taylor Compton in the role. 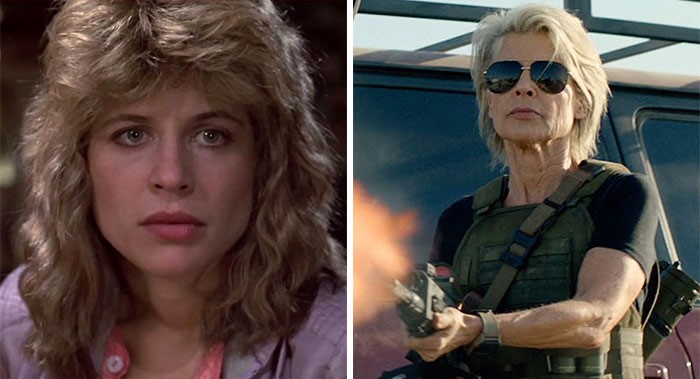 These days, emerging tech and privacy breaches have made the role of Sarah Conor, that much more poignant. In many ways, the character embodies a tough lioness, willing to stop at nothing in her dogged pursuit to save her son. While both Emilia Clarke and Lena Headley did fine jobs in the role, it was Linda Hamilton that left us with the indelible heroine’s print. 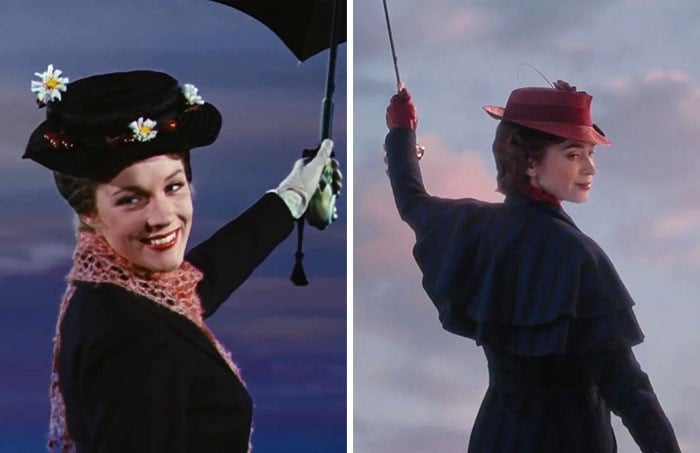 One of the most beloved characters of our childhood, Marry Poppins still has the ability to transport us to a world of imagination not so far from our own. The character was created in the thirties by author P.L. Travers. Wildly popular because of the chemistry between Dick Van Dyke and Julie Andrews her character has been portrayed by others but none so magically. 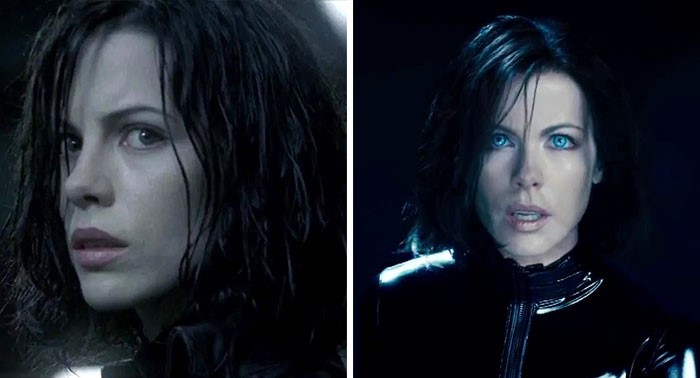 Kate Beckinsale is responsible for the powerful portrayal of this fantastical warrior vampire hell-bent on the destruction of the Lycan species. Whether you’re a fan of werewolves and vampires or not, this is a film franchise worth a peek, and while reportedly, Kate isn’t interested in another film, here’s to hoping she’ll change her mind. 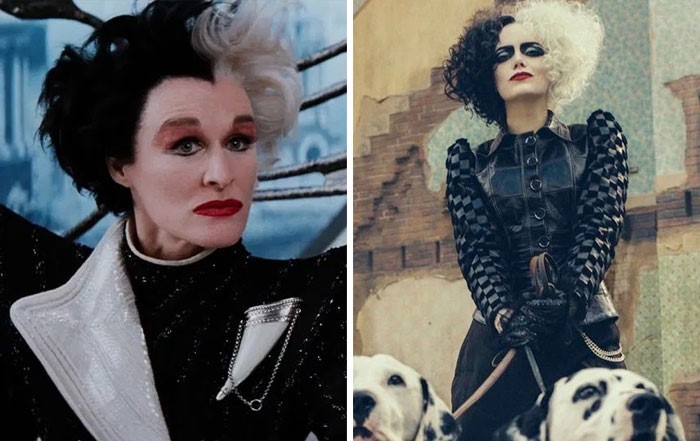 Dodie Smith Penned the fictional character of Cruella De Vil in 1956 for the children’s book 101 Dalmations. Glenn Close did an amazing job filling the role in the first live-action production of the story and a new adaptation of the story starring Emma Stone is soon to be released. 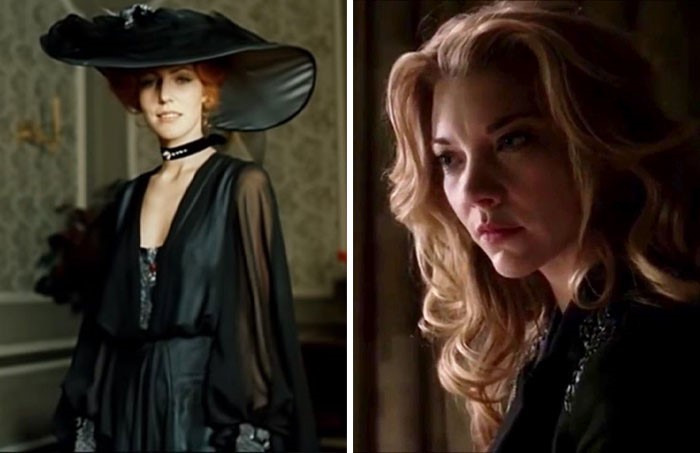 Though Irene’s character only shows up in the short story, A Scandal In Bohemia, she is perhaps the most memorable female character in Holmes’ stories. Played by Rachel McAdams opposite Robert Downey Jr’s Holmes in the 97 film adaptation, the character stood out as an equal and worthy adversary to Holmes. 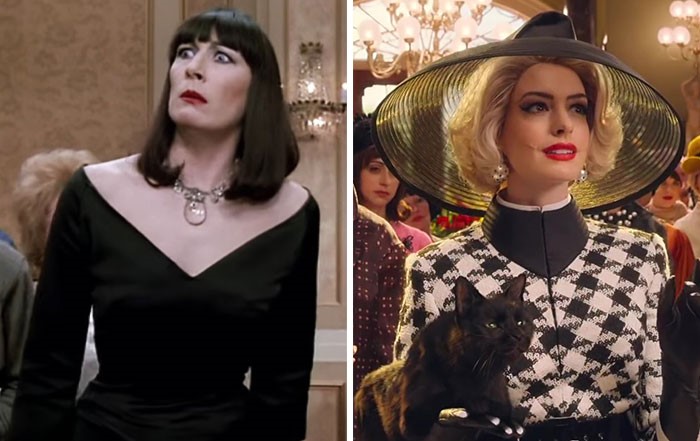 When it comes to creating iconic characters, Roal Dahl is no slouch. The all-powerful, great and terrible witch of all witches was expertly executed by Eva Earnst, the main bad girl in his wonderful story called “The Witches”. Angelica Huston, and Anne Hathaway both gave memorable performances in 1990 and 2020 respectively as the witch who wanted to turn all children into mice. 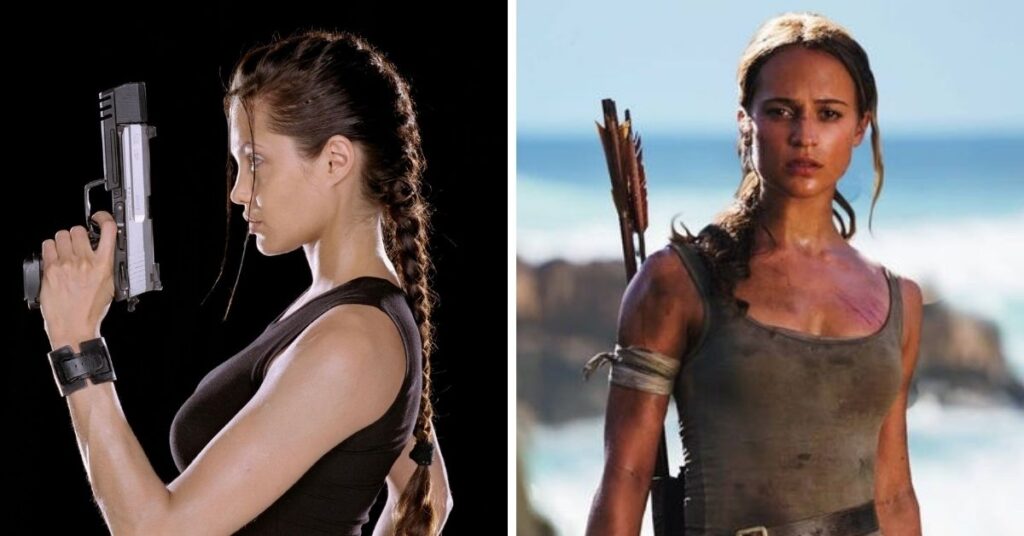 Born from a video game, the character has since been responsible for the super successful franchise. Angelina Jolie was the first to depict the dynamic character leaving the world a buzz with her larger-than-life femme fatal. The role has since been played with erring degrees of success by Alicia Vikander, Rachel Appleton, Emily Carey, and Minnie Driver. 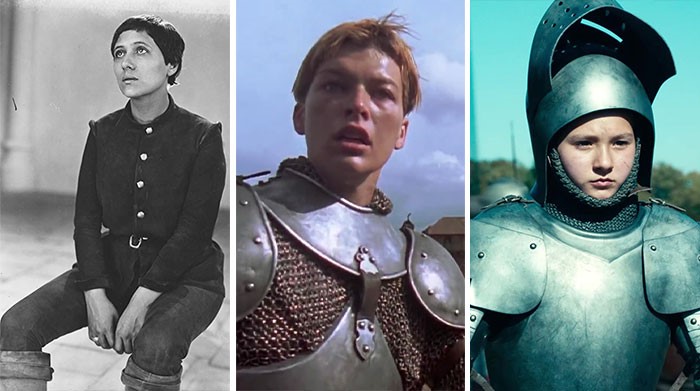 The character of this hero has been played on the screen by many artists in many different productions dating all the way back to the thirties. Ingrid Bergman’s portrayal is a classic and the more modern depiction by Mila Jovovich in the messenger. 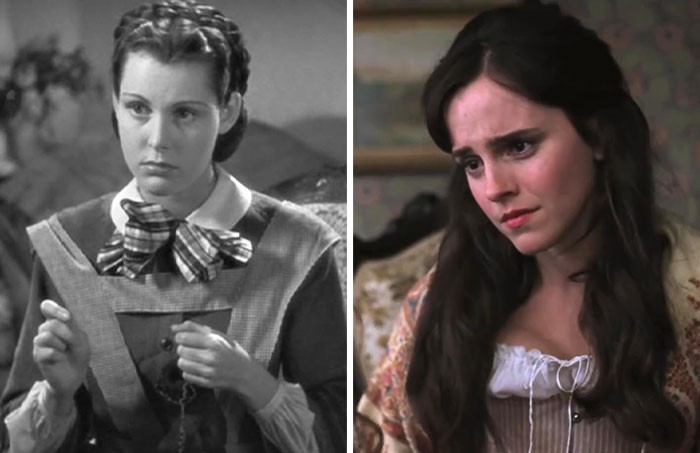 The oldest of the March sisters, Meg is the central figure in the classic tale Little Women by Louisa May Alcott. Janet Leigh played Meg in the 1949 film adaptation and since then the role has been filled by Emma Watson, Willa Fitzgerald, and others. Hailed as a classic coming of age story, Meg March and Little Women stand the test of time serving to remind us of the human experience. 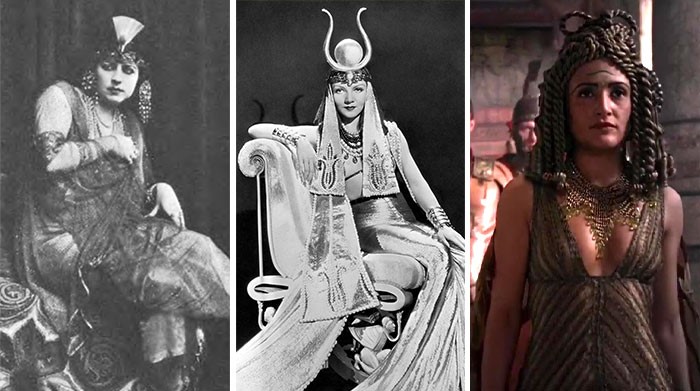 Perhaps one of the most notable female characters of all time Cleopatra stands unparalleled in her ancient status. Throughout the years, the role of Cleopatra has been portrayed by many women and all are underscored by their ethereal beauty. But perhaps the most notable performance is captured by the mesmerizing gaze of Vivan Leigh and her star-lit eyes. 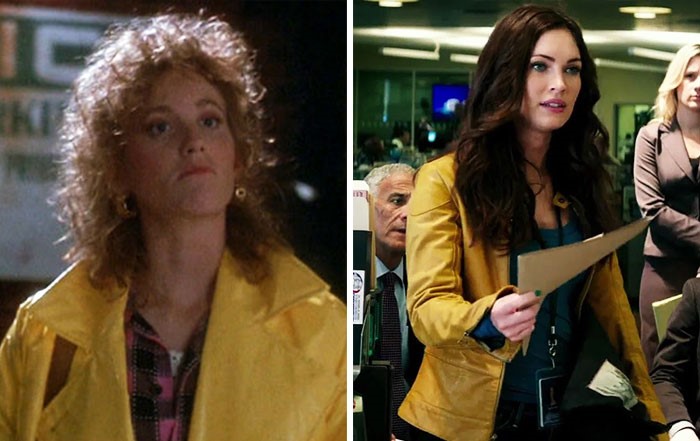 April Oneal is one of the coolest characters in the wildly popular Teenage Mutant Ninja Turtle Franchise. In 1984 when the comic was first released her character was a computer programmer that became a close friend and ally to the turtles. In 1990 the role was taken on by Judith Hoag who portrayed Oneil as a hungry young reporter. The character has since been played by Megan Fox.

Wicked Witch Of The West

For anyone out there who has seen the golden age MGM classic production of The Wizard of OZ, probably has seen the image of Margaret Hamilton haunt their nightmares a time or two. It was Margarett Hamilton’s portrayal that crystalized every childhood fear. More recently the role has been played by Mila Kunis in the 2013 Disney movie Oz, the great and powerful.

Dorothy from the Wizard of Oz 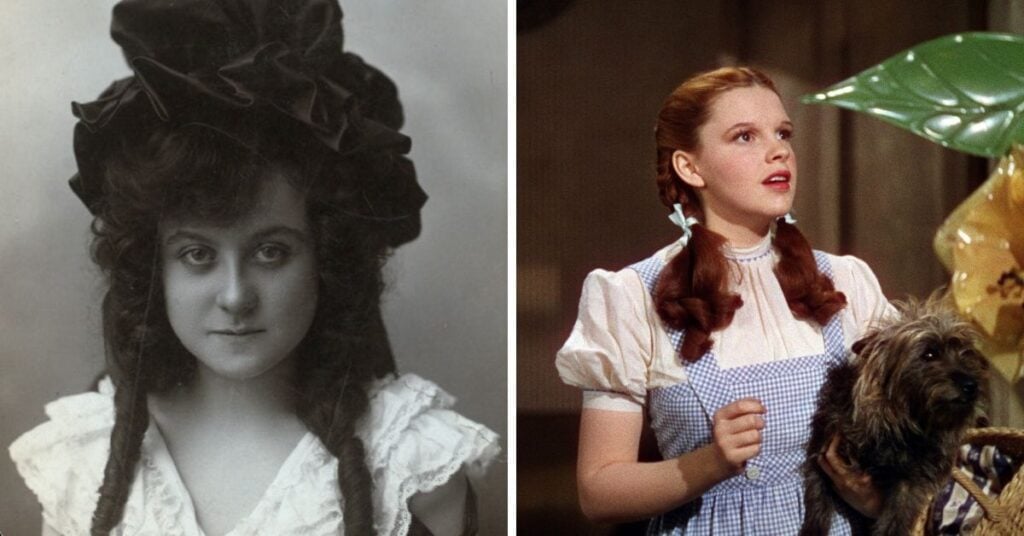 Representing hope and everything good and dreamy about youth the classic character first came to life from the pen of Frank Baum. Dorothy found representation on the stage in the 1902 broadway adaptation and later in the 1939 classic film. Judy Garland is perhaps the first name that comes to mind when it comes to the character.