There’s An Adult Version Of The Little Tikes Cozy Coupe, And It’s Roadworthy!

There comes a time in our lives when we have to forsake the old in order to embrace the new. Previous items and pastimes have to be left behind so that we can develop, mature and grow, but whilst becoming a grown adult has lots of lovely advantages, we sometimes can’t help but dream that we were an innocent young child again.

Childhood meant freedom, naivety and fun, whilst being an adult means mortgages, stressful jobs and responsibilities. So when the opportunity to relive an aspect of our youth comes along, we’re likely to jump at the chance without any hesitation whatsoever.

What would you give to be able to ride around on one of your favourite childhood ride on toys in a truly adult capacity? Because the opportunity is finally here, and it’s more amazing than you could ever have imagined! 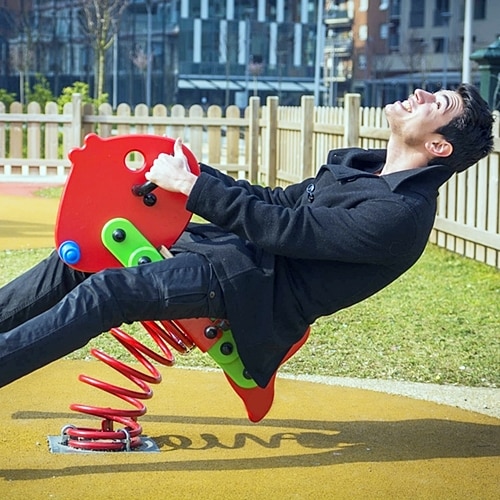 As toddlers, one ride-on car in particular made us feel like we were king of the road, and it was called the Little Tikes Cozy Coupe. Older brothers or sisters could hang onto the roof if they felt like a bit of stunt activity, but if you’re anything like us then you probably tried going as fast as you could in order to shake your annoying siblings off!

In case you need your aging memory jogging, the Cozy Coupe was a red and yellow toy car created by Little Tikes, a US toy manufacturer. First sold in 1979, by 1991 the Cozy Coupe was selling half a million units a year, making it the world’s top-selling ride-on car. 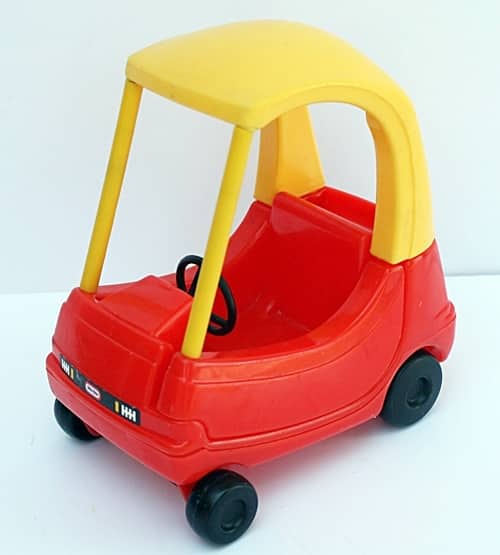 Until recently we thought our days of riding round in a Cozy Coupe were long gone, but we have recently discovered a silver lining in our grey, middle-aged cloud.

Because a real life, roadworthy version of the classic toy car has gone on sale, and it could have been yours for a reasonable £21,500! 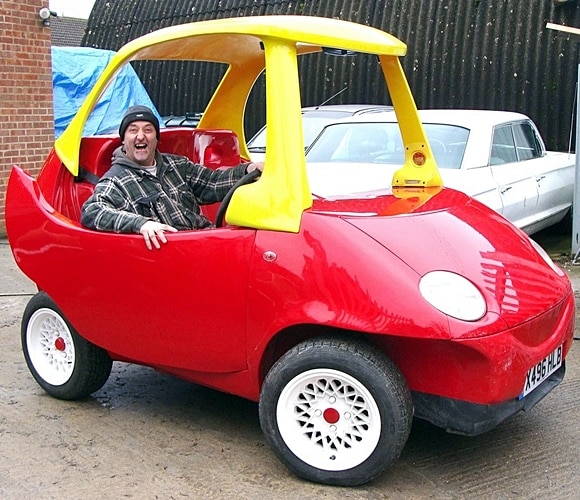 Created by brothers John and Geof Bitmead, the adult-sized Little Tikes car is modified Daewoo Mariz that even comes with airbags, keeping you safer should you ever collide with another grown-up toddler on your travels.

The petrol-powered car can reach speeds of up to 70mph, cost around £30’000 to build, and has been a big hit with passers-by whilst out on the road. 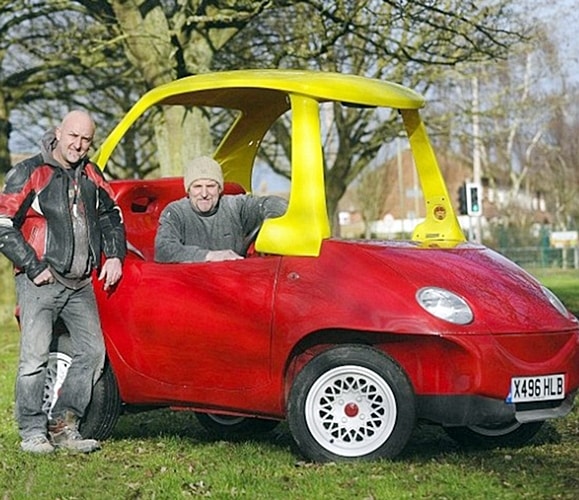 “[People are] amazed to see the real thing on the road,” says Geof. ” I’ve seen people with tattoos all up their arms walking along the road just cheering at us.”

“There was that kind of response to it,” Geof continues. “Everybody recognised it. It’s part of our life. We see these things in people’s front gardens, and now you can see it on the road.” 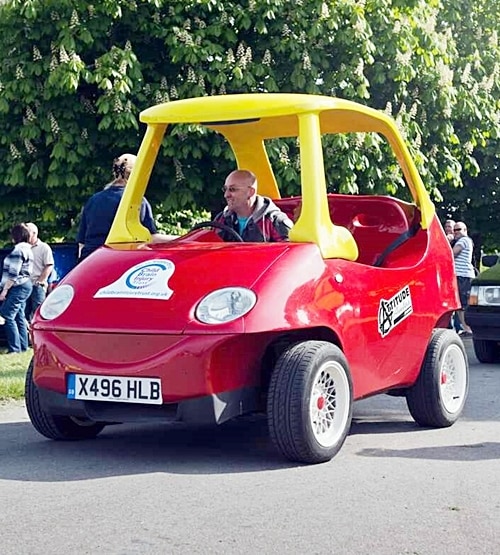 The brothers have decided to sell the vehicle after it failed to bring in the hire revenue they were anticipating, with Geof saying “we thought we might as well sell it and if anyone’s interested in buying it that will bring back some money for us.”

And rather than use the money to invest in something grown-up and sensible, the brothers instead plan to create a creepy Addams Family camper van. John and Geof Bitmead, we salute you!