The World Of Rainbow Brite, But Can You Name All 7 Colour Kids And Their Sprites? 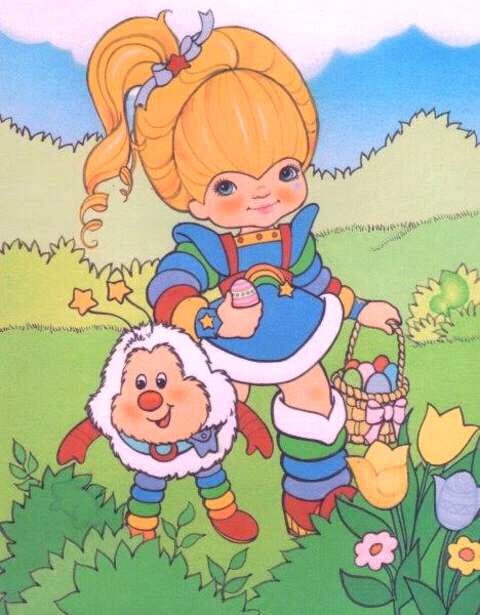 The bright and colourful world of Rainbow Brite. A young girl called Wisp, is brought to a grey, dull, land, with a mission to bring colour to the fictitious world, by locating the Sphere of Light. 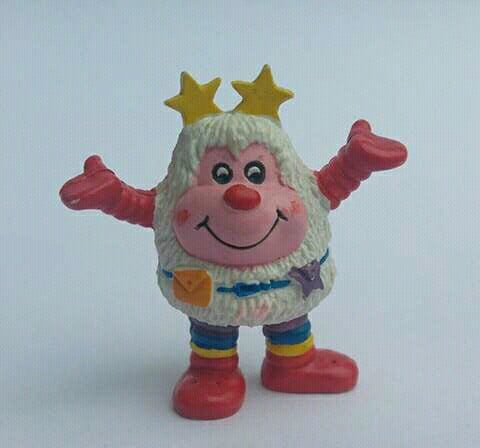 She befriends a fury, Sprite creature, called Twink, and a horse called Starlite. They come across a baby, who Wisp discovers is the key to her mission. The adventure begins… 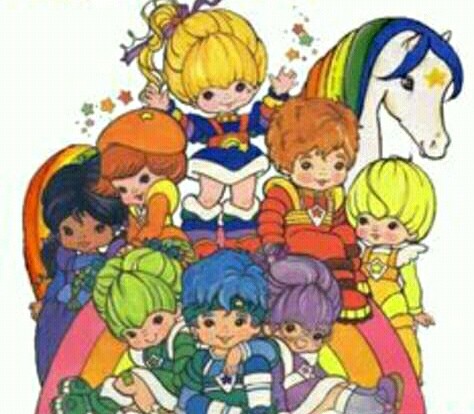 Wisp rescues the seven Colour Kids who have been trapped by the King Of Shadows. The Colour Kids then help Wisp to bring colour and rainbow to the grey land, each Kid is in charge of their own colour, which they spread across the land. Making the entire land bright, colourful and beautiful. 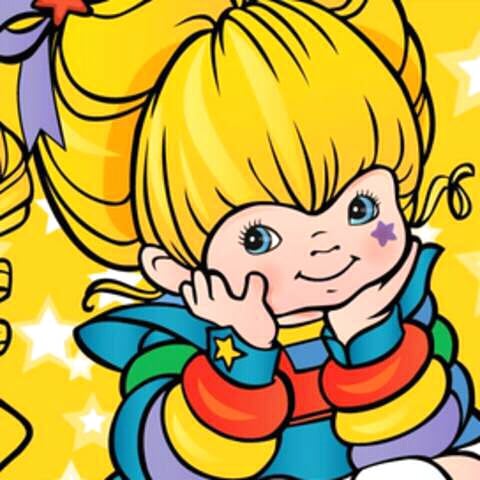 In 1985 a film was released by Warner Brothers, Rainbow And The Star Stealer. 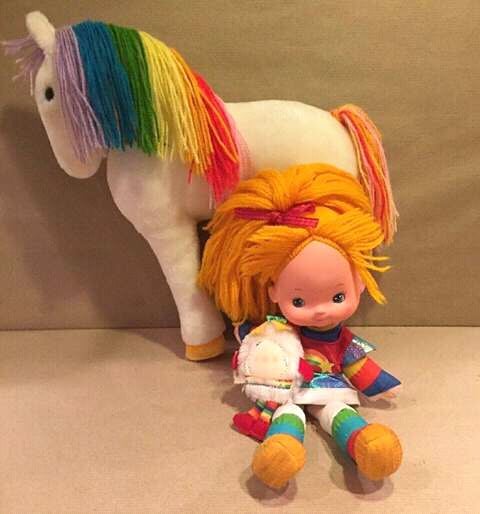 Hallmark licensed Mattel in 1984, to produce their dolls, toys and other merchandise.

There was lots of merchandise to collect, including – 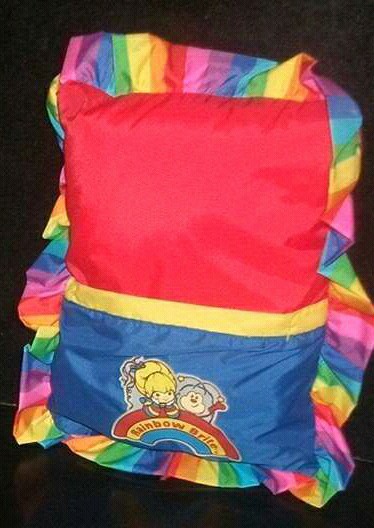 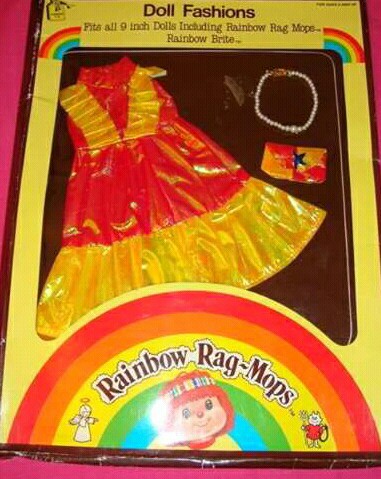 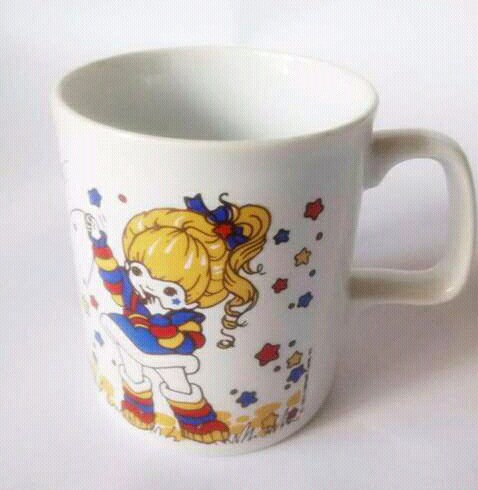 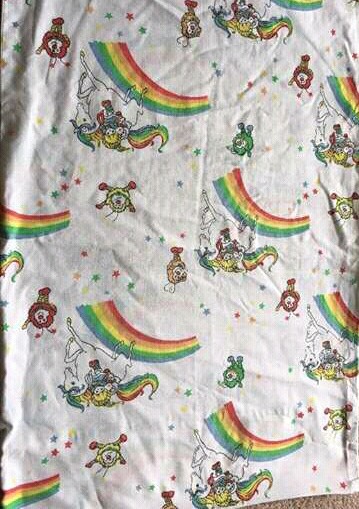 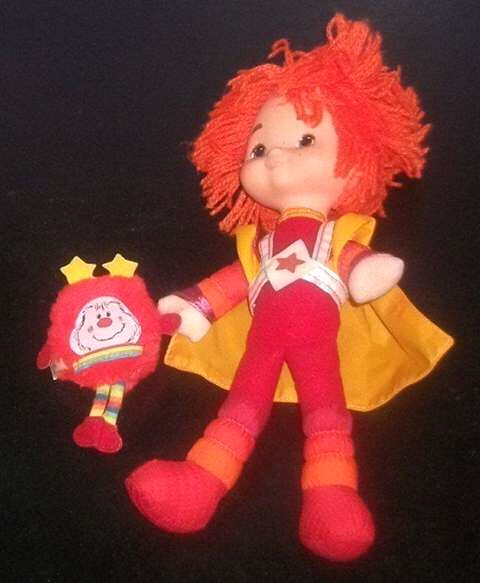 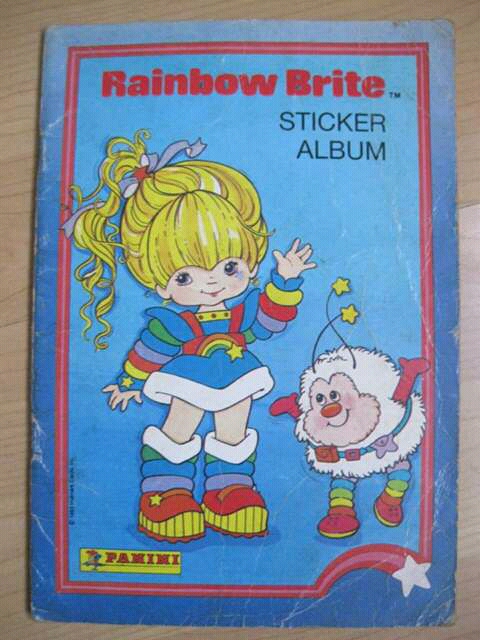 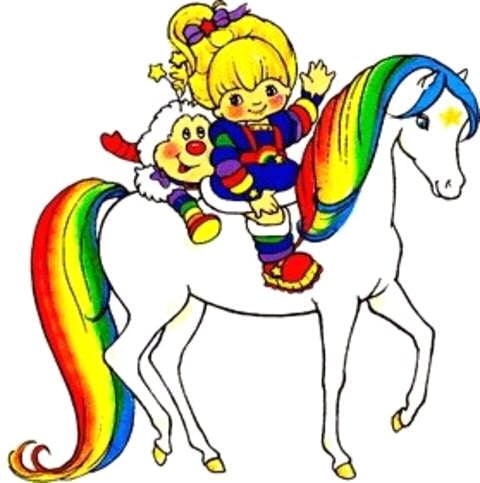 Rainbow Brite is a very clever girl, full of strength, bravery and she never gives up.

Her loyal friend, is the Sprite, Twink. Twink is left in charge whenever Rainbow Brite goes away. He was originally a red Sprite, until the villain Murky Dismal removed his colour, leaving him white. 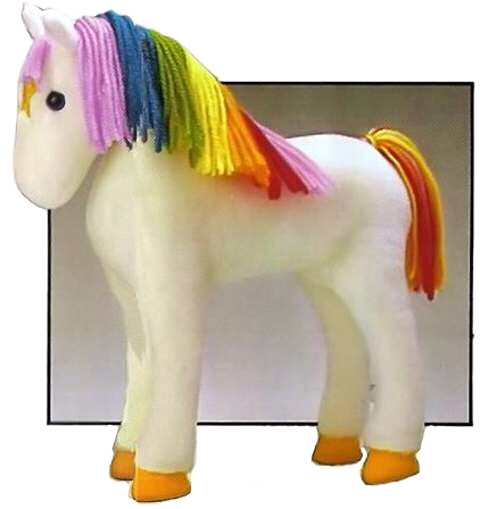 Starlite. The faithful friend of Rainbow Brite, who has one powerful back kick, which can help get them out of tricky situations.

Starlite is fast, strong, sails through the rainbows and skies. It has been known for Starlite to be jealous of other horses, if competition is shown! 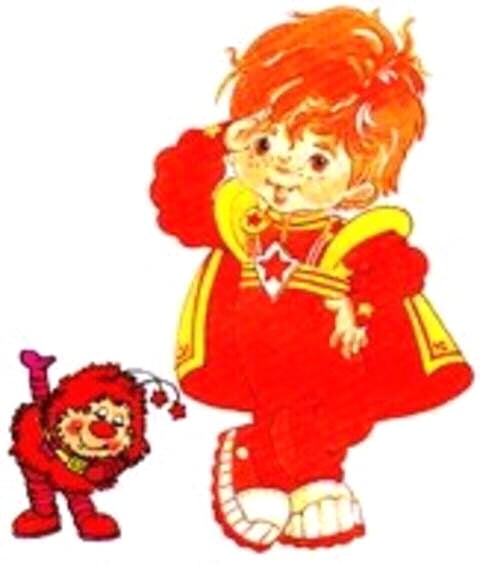 Charming, dashing, adventurous, daring Red. He is always ready to help anyone in distress.

He is in charge of the colour Red. He is also one skilled trumpet player.

Red’s personal Sprite, is called, Romeo. Who is one very affectionate Sprite. 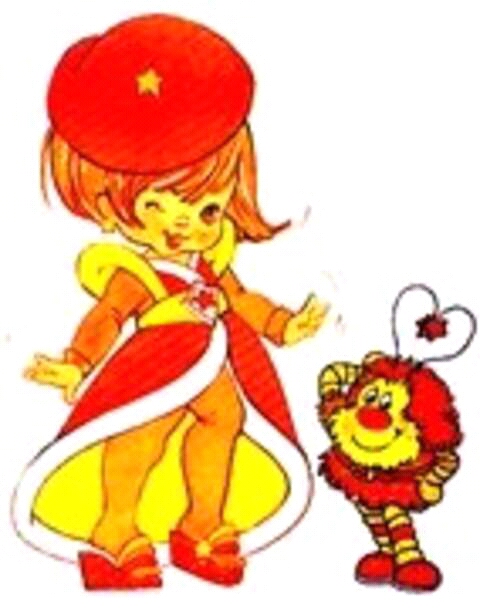 Lala is in charge of the colour Orange.

This girl is romantic, stylish, flirty, feminine, who always means well. Her Sprite is called O.J.

Lala has a secret crush on Red Butler. 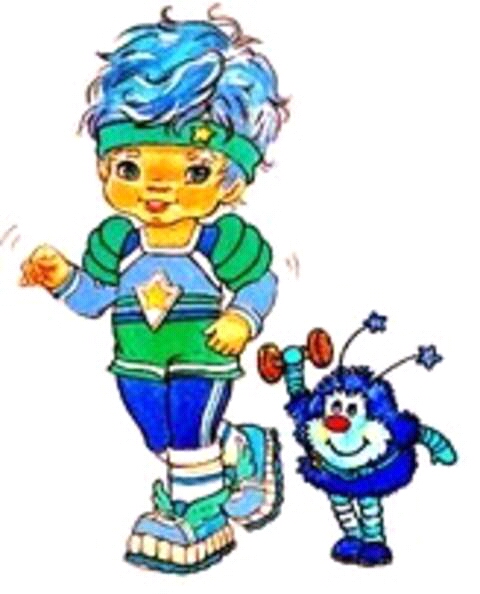 Athletic, valiant Buddy, who is in charge of the colour Blue.

He loves sport, exercise, health and a good diet. When he’s not being active he can be found meditating. He also plays the tuba.

His Sprite is called Champ. 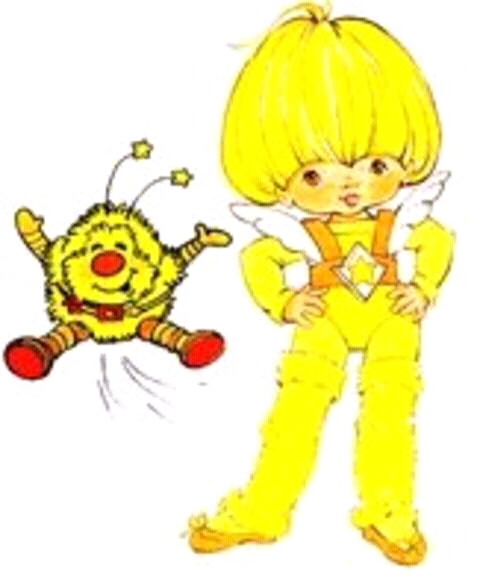 Yes Canary is in charge of the colour Yellow! Canary has a sunny, cheerful personality, who is a skilled flautist and a good dancer. Canary’s Sprite is named, Sparks. 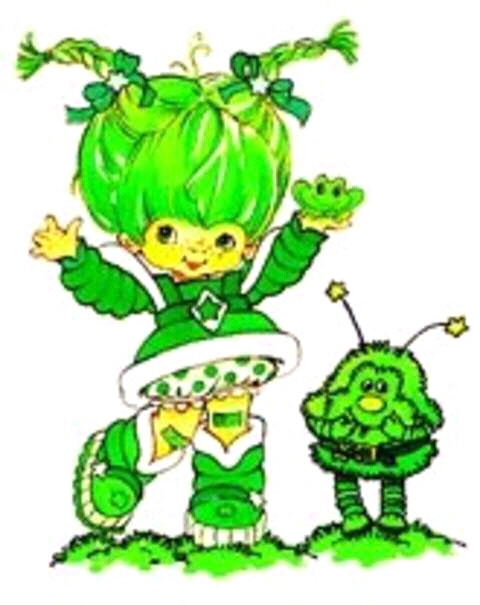 Yes, you’ve guessed it, Patty is in charge of Green! Her Sprite is called, Lucky. 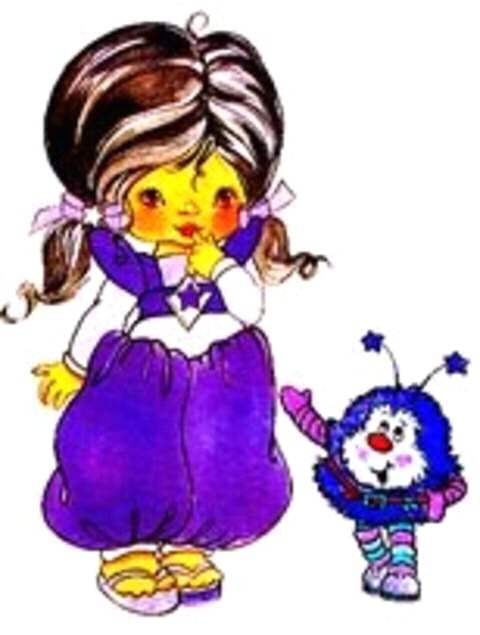 Yes in charge of the colour Indigo, and, get this, cooler shades of Purple too!

Indigo is dramatic, creative, a performer, who longs to be an actress. She also plays the drums.

Hammy Sprite is her Sprite, the name came from Indigo ‘hamming’ it up, as the budding actress does. 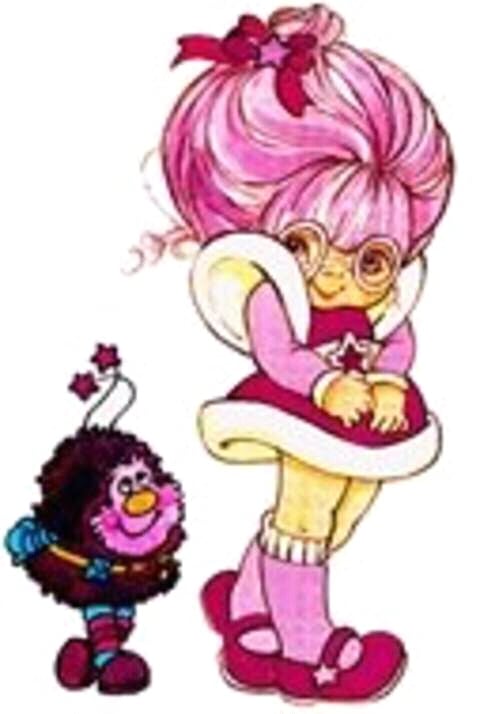 As her name suggests she is shy, though she always speaks up when she has advice to offer.

She’s in charge of the colour Violet and warmer shades of Purple.

Violet is an intellectual, resourceful. She really enjoys reading and writing too. I.Q. Sprite is her Sprite. 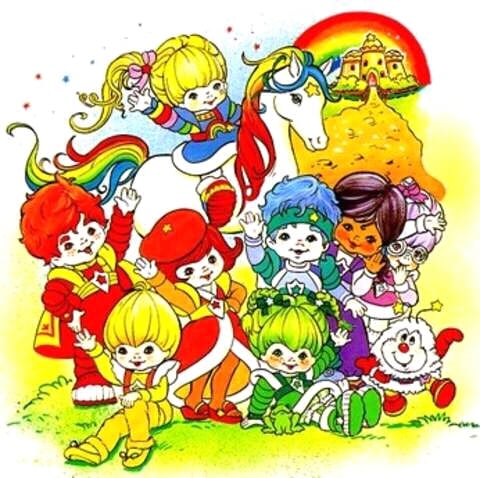 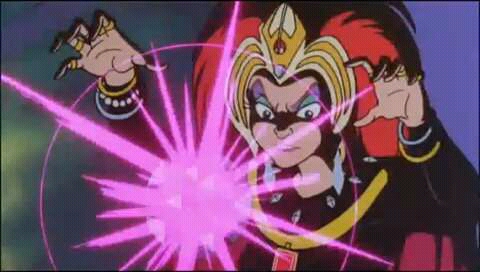 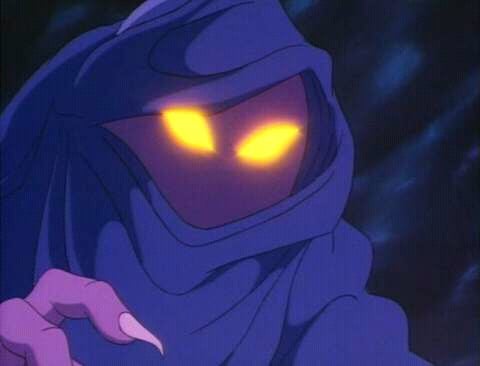 …The King of Shadows, Sgt Zombo, and Count Blogg. 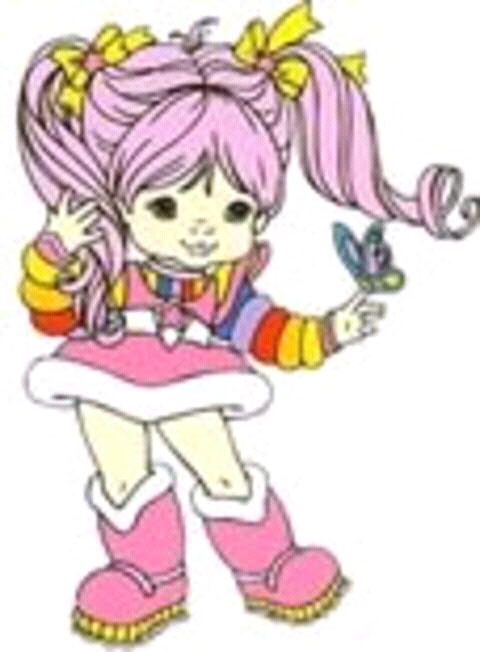 Rainbow Brite had seven Colour Kids friends, however in the film and some later animated episodes, Tickled Pink shows up unexplained! She was in charge of looking after the pastel colours. Tickled Pink is one talented baton swirler. She has no personal Sprite. 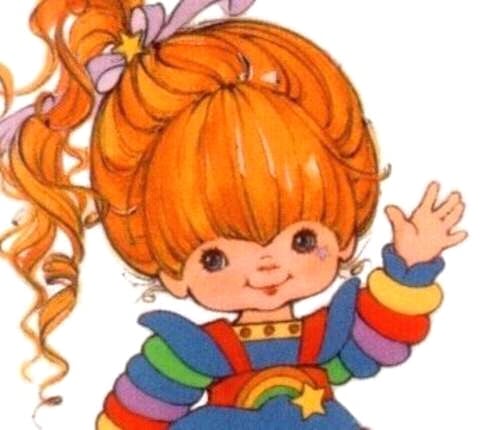