The Weirdest Lego Creations Ever Made

Lego was founded all the way back in 1932, and has been the undisputed king of children’s toys ever since. Getting that first box of brightly coloured bricks is considered a milestone in a kid’s life, and there are plenty of adults who still love the creativity and imagination that Lego inspires in them.

Unfortunately, with thousands of playsets and countless new releases, not everything that Lego allows to make it to shelves can be a winner. That’s why today, we’re looking at the weirdest toys Lego has ever created, from the downright bad to the just plain baffling!

Out of all the properties to have teamed up with Lego over the years, Star Wars is maybe the best known for it. After all, the Lego Star Wars video games, of which there are now nine, have a large fanbase in their own right, and there are even short films and animated miniseries’ exploring the concept further.

Unfortunately, this popularity doesn’t mean that every Lego Star Wars toy is automatically a win. Some are decidedly inelegant, such as the hulking and difficult-to-immediately-identify Sand Crawler. This bulky brown rectangle doesn’t really evoke the wonder of travelling to a galaxy far, far away, which is why it has a bit of a laughable reputation amongst fans. 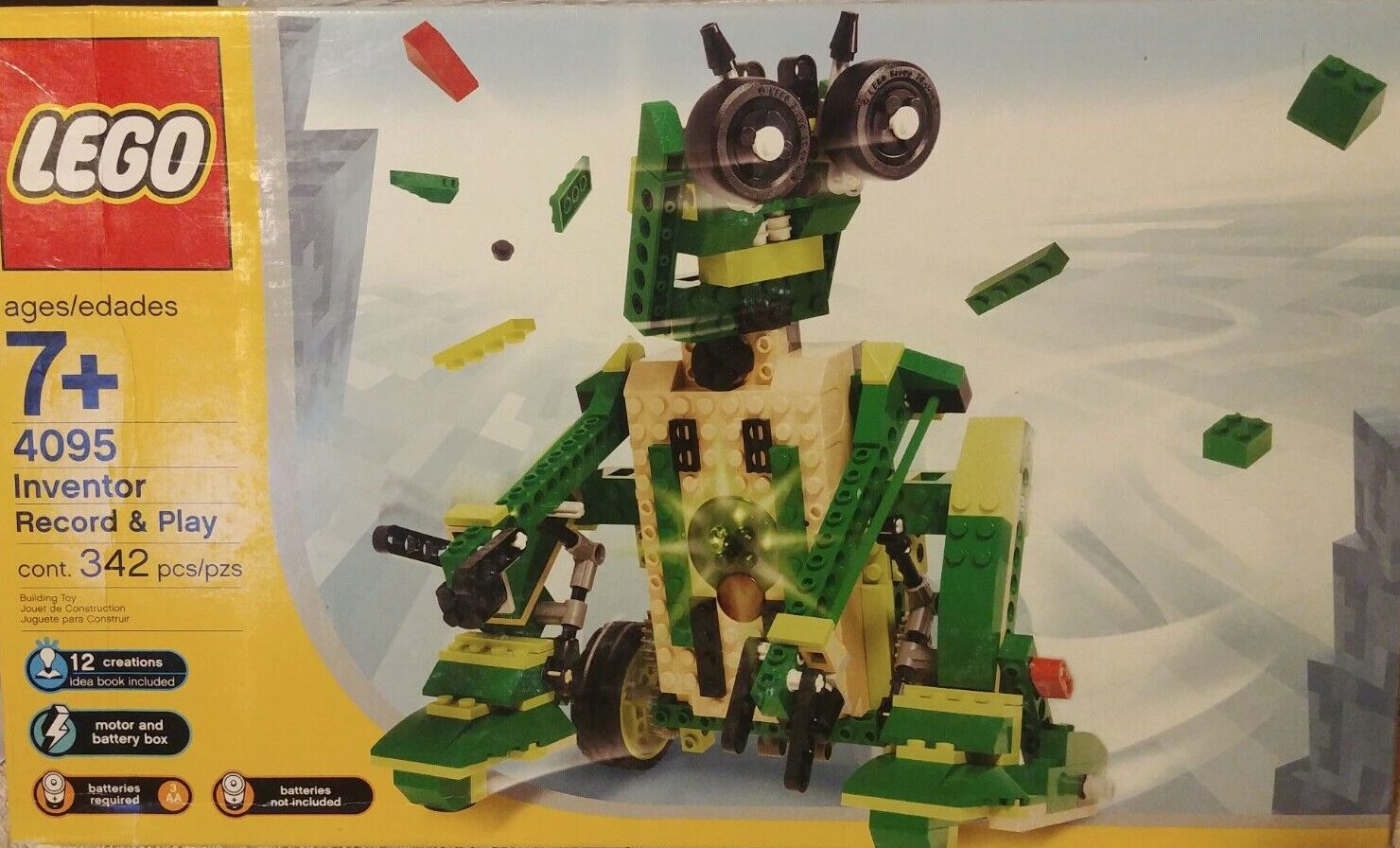 The concept of Lego is deceptively simple, so much so that in retrospect, it almost seems like its creation was inevitable. Nevertheless, Lego is committed to constantly pushing creative and technological boundaries in order to teach kids and families the excitement of building something themselves.

The Record and Play build is one example of this, since it can ‘record’ and follow a set path traced out for it. Unfortunately, this toy didn’t sell very well, probably since it works just like a wind-up car but looks more like some horrifying frog-puppy-flatbed truck-mash-up. Talk about a confused aesthetic!

Nowadays, if you have a favourite fictional character from a major franchise, there’s a pretty good chance you can get them in Lego form. The trouble is that some characters are harder to translate than others, especially given the limitations of the Lego Minifigure format. Usually, the consequences of taking a person and making them fit the Lego mould isn’t too disastrous, but sometimes… you get Squidward.

Squidward is a weird-looking character, there’s no doubt about that, and turning him into block form makes him look worse, not better. There’s something about his squished 2D nose and mouth, which are usually his defining character traits, that just don’t read correctly. Even more tragic is the fact that Lego re-released the Minifigure with a custom 3D face, only for it not to look much better.

When Lego say they are a toy company for all the family, they really mean it. From Lego Duplo, which is aimed at young children who are still developing their fine motor skills, to 1000-piece Lego landmarks that adults love to spend weeks piecing together, there’s something for everyone. The Lego Technic range, which was created to showcase figures with advanced technical functions, is a part of this ethos and mentality.

With that said, though most Lego Technic playsets have the ability to do awesome things like light up and move around, they often look odd thanks to their narrow pieces and sparse designs. One product of these aesthetic constraints was this downright anemic-looking R2-S2, which is nearly unrecognisable.

The most classic Lego playsets and figures are those based around what kids want to be when they grow up, from nurses and firemen to astronauts and, well, Indiana Jones. So maybe it’s not that unusual to have Lego policemen and police vans available to buy. What is unusual, however, is the fact that they’re part of a football-themed playset.

Yep, the above playset is the Lego Town Football Police Unit, which seems to feature police in riot gear ready to arrest… football fans? Many have speculated this toy was inspired by instances of football hooliganism in Britain, which is incredibly dark and maybe a little insensitive if true.

Lego and Star Wars is usually a match made in heaven but, as we’ve already discussed, adapting an existing character to create a Lego Technic figure can be fraught with problems. When the classic Star Wars Stormtrooper underwent a redesign in order to create a Technic Stormtrooper that could march and move, the results were… interesting.

This gangly little guy looks even less capable of actually hitting a target than your average Stormtrooper, and he doesn’t seem up to the task of defending the Empire in any other way either. In fact, he’s more evocative of some kind of cryptid than a super dedicated soldier, so maybe he should join the ranks of Slenderman or Mothman instead.

Some Lego playsets are designed to get close to true realism, and some are not. As a general rule, the more pieces a playset has the more complicated and detailed it is likely to be, as well as how realistic. Therefore, it’s totally okay that most of the Monthly Mini-Builds don’t end up looking exactly like what they’re supposed to be.

The problem is, this Mini-Build doesn’t look slightly unlike a kangaroo, it barely looks like one at all! Without seeing the name, there’s almost no way to tell that this triangle monstrosity with the beak and monocular vision of a bird is supposed to be a kangaroo. Even the baby in the pouch isn’t a dead giveaway, since it looks more like a late 80s mobile phone.

Lego has been around for a very long time, so it makes sense that they ran out of simple concepts a long time ago. However, it’s still pretty difficult to imagine how this Fright Knights Flying Machine, which is a kind of transforming vehicle inspired by both fantasy worlds and medieval times with a dash of Halloween flair, came about.

Nevermind the fact that this vehicle would definitely not be able to fly given that its bat wings are way too small and can’t even flap up and down, but it’s unclear how this toy fits into the Lego Castle range, which on the whole is slightly more realistic and historical. Maybe the little guy is on his way to a Meatloaf concert?

In the same way that many parents love to sit down at the end of the day with a glass of wine and a jigsaw puzzle, plenty of adults love nothing more than piecing together a highly complex Lego set. Along with the Lego Star Wars Death Star and the Lego Empire State Building, completing the Lego Statue of Liberty represents the height of achievement for many enthusiasts.

Tragically though, despite being immensely complicated and intricate, the finished Lego Statue of Liberty is nothing much to look at and instead kind of appears to be melting. This is partly because it’s all one colour and so lacks dimension, and partly because the loose, flowing silhouette is difficult to represent accurately with bricks.

When it comes to Lego playsets, it doesn’t get simpler than Geoffrey the Giraffe. This sweet animal friend was created as a Toys R Us exclusive and aimed at young children, which explains the basic design and the small number of pieces needed to build it. It’s also… literally just a disembodied head and neck.

There’s something ghoulish about the way this playset was sold, with no body and no other figures sold alongside it to give it context. Geoffery looks like some kind of morbid popsicle or cane topper, not to mention how it would be impossible for him to walk around and eat leaves!