The UK’s Most-Watched Halloween Movie Has Just Been Revealed

Will you be settling down to watch a spooky film this Halloween? Then you might want to keep reading and get some seriously terrifying inspiration for movie night.

Watching Christmas films has long been a tradition during the festive period, but now it seems as though Britons everywhere are enjoying a scary movie on 31st October. So which is the most popular choice in the UK?

According to a survey carried out by OnBuy.com, 64% of Brits interviewed revealed that they plan to stay in for All Hallows’ Eve. And surprisingly enough, 90s classic Hocus Pocus topped the list of movies that viewers in the UK will be watching tonight. 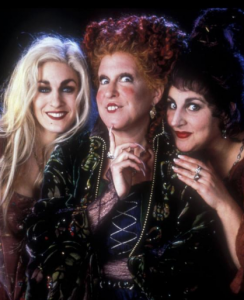 Hocus Pocus gained 72% of the vote, whilst the terrifying slasher films Friday the 13th and A Nightmare on Elm Street came in second and third place.

You can check out the full list of Halloween movies below: 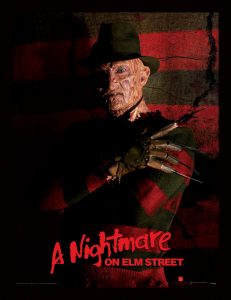 According to the poll, 82% of participants said they would prefer a spooky movie over something more gory, whilst 73% claimed that they wanted to watch a thriller rather than an all-out horror fest.

It’s good news for Hocus Pocus, which celebrated its 25th anniversary this year with a reunion at the Hollywood Forever Cemetery. As you can tell from the picture below, former child stars Omri Katz, Vinessa Shaw and Thora Birch all joined forces to commemorate the movie. 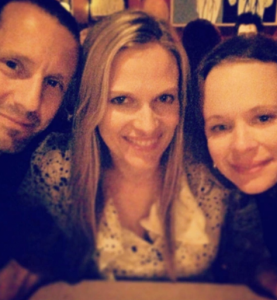 They were also joined by director Kenny Ortega, plus co-stars Larry Bagby and Tobia Jelinek.

Sadly for fans of the movie, there was no sign of the three Hollywood stars who played the iconic evil witches – Bette Midler, Sarah Jessica Parker and Kathy Najimy. 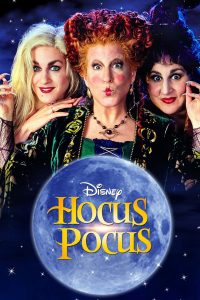 Either way, it looks as though people across the UK will be settling down with a nice bowl of popcorn to watch their favourite horror movies.

Just make sure you turn all the lights off at the front of the house so that the trick and treaters don’t disturb your viewing.

Which movie will you be watching tonight? Or is Halloween just not really your thing? Let us know what you think in the comments section below!