The Truth About Bob Saget: Olsen Twins, Dirty Comedy And A Traumatic Childhood

When Full House and America’s Funniest Home Videos star Bob Saget suddenly passed away in January 2022, tributes quickly poured out to the actor and comedian, with many declaring he was every bit as nice a guy in real life as his family man character Danny Tanner.

However, while it is widely agreed by those who knew him that Saget’s affable screen persona was close to his own true nature, some fans are often taken aback on learning of his history as a stand-up comedian, with a brand of humour far more coarse and provocative than anything he ever said in his best-known TV roles. 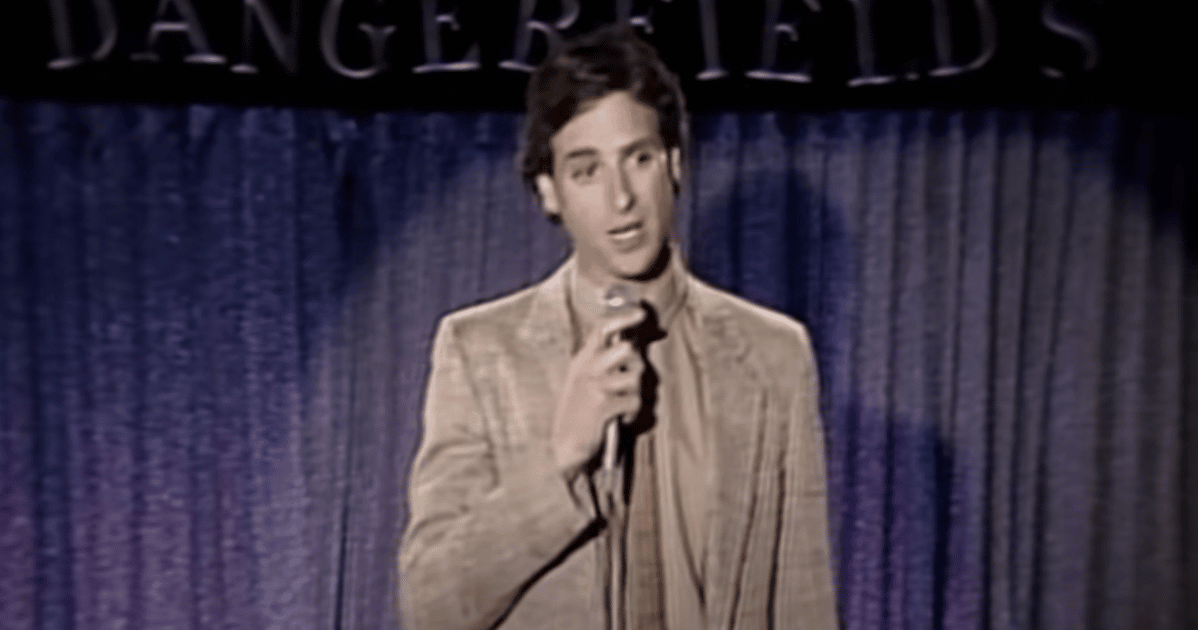 Born Robert Lane Saget on May 17th, 1956 in Philadelphia, Saget first performed stand-up comedy at college in the 70s. By the 80s he moved to Los Angeles and worked alongside such legendary funnymen as Rodney Dangerfield, Richard Pryor, George Carlin and Jim Carrey. In his memoir Dirty Daddy, Saget would recall of his early comedy, “I can’t believe how manic my style was. Always irreverent and fast-paced. Too fast, like I was running from something. Which I was. My childhood.”

Salon notes that, in Saget’s household growing up, dark humour offered a release from a series of traumas the family suffered. Two years before Saget was born, his mother gave birth to twins who died whilst newborn. 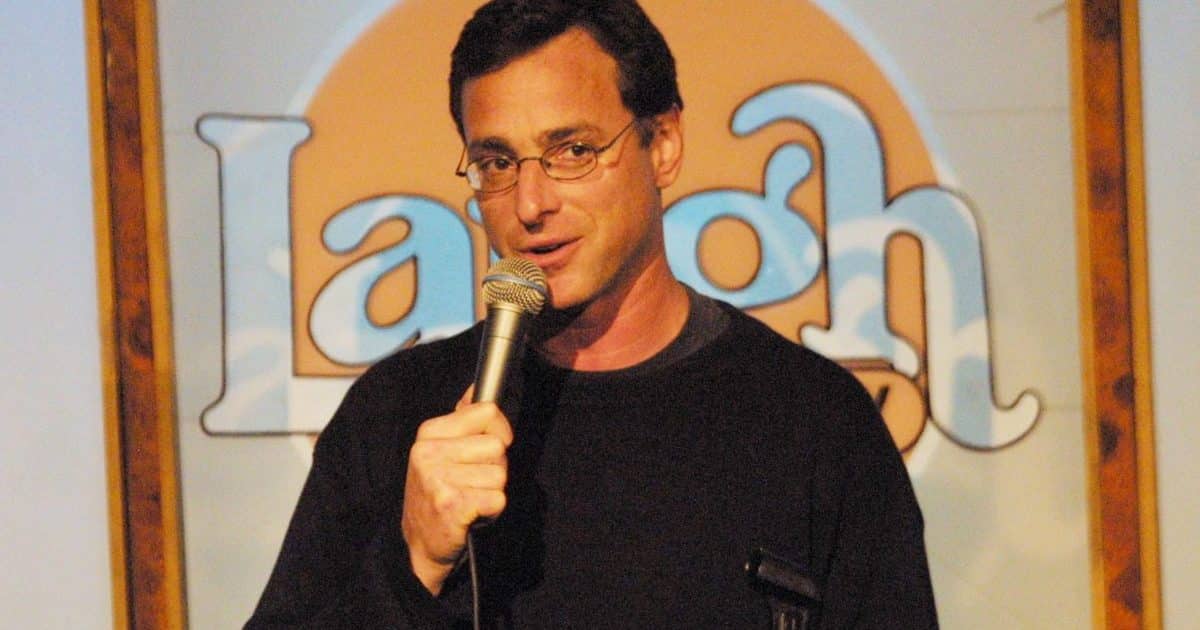 Saget also lost three uncles while he was a child, all dying from heart attacks, of which his father also suffered several. (Many years later, Saget’s two sisters would also die early, aged 34 and 47 respectively.) He also had a close brush with death himself, suffering a gangrenous appendix at 22. The comedian remarked that all this left him with “a fascination with death, being surrounded by so much of it,” but also taught him the value of humour: “When tragedy strikes, it’s more important than ever to look for anything that can bring humor and joy to every moment.” 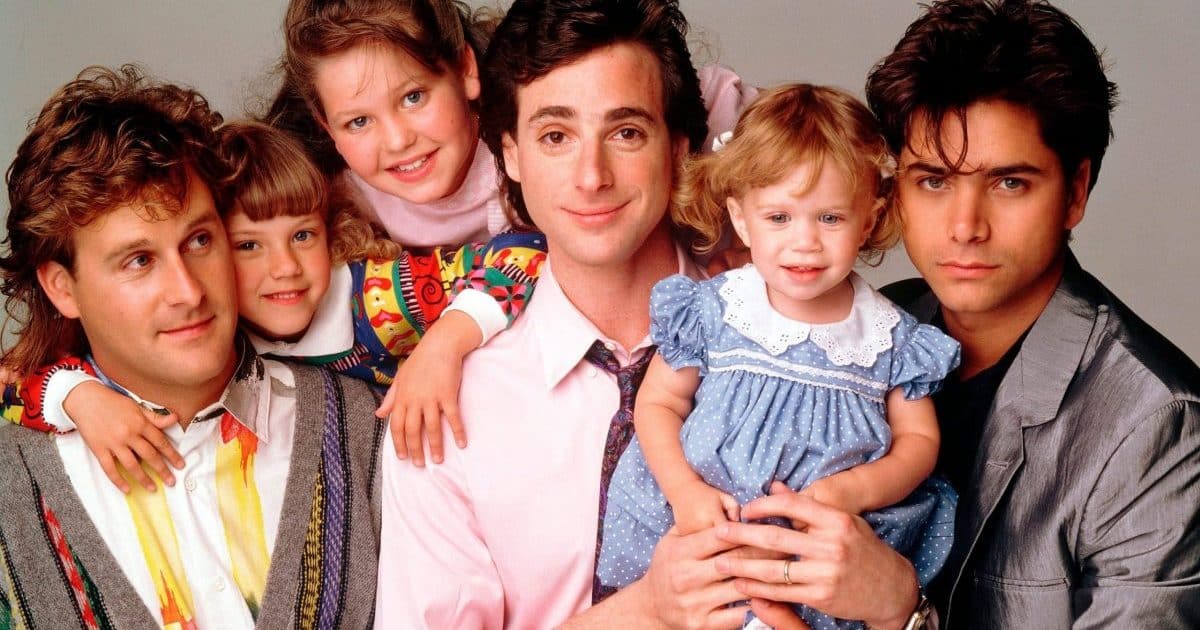 The cast was filled out by 11-year-old Candace Cameron as DJ, five-year-old Jodie Sweetin as Stephanie, and identical twins Mary-Kate and Ashley Olsen, just a year old, sharing the role of the youngest Tanner, Michelle. Although critics dismissed Full House as sappy and formulaic, it proved hugely popular, and audiences took Saget’s warm, sympathetic character to heart. His family man image helped him land another major TV role in 1989, hosting America’s Funniest Home Videos; later, it informed his casting as the narrator of sitcom How I Met Your Mother.

So all-encompassing was Saget’s good guy image, the bulk of the audience had little or no idea that his roots were in comedy of a rather less wholesome nature. However, by the actor’s own admission, his PG public image was often very much at odds with his antics off-camera. There was plenty of drinking, lewd jokes, and inappropriate behaviour with a doll used as a stand-in for the Olsens during rehearsals. 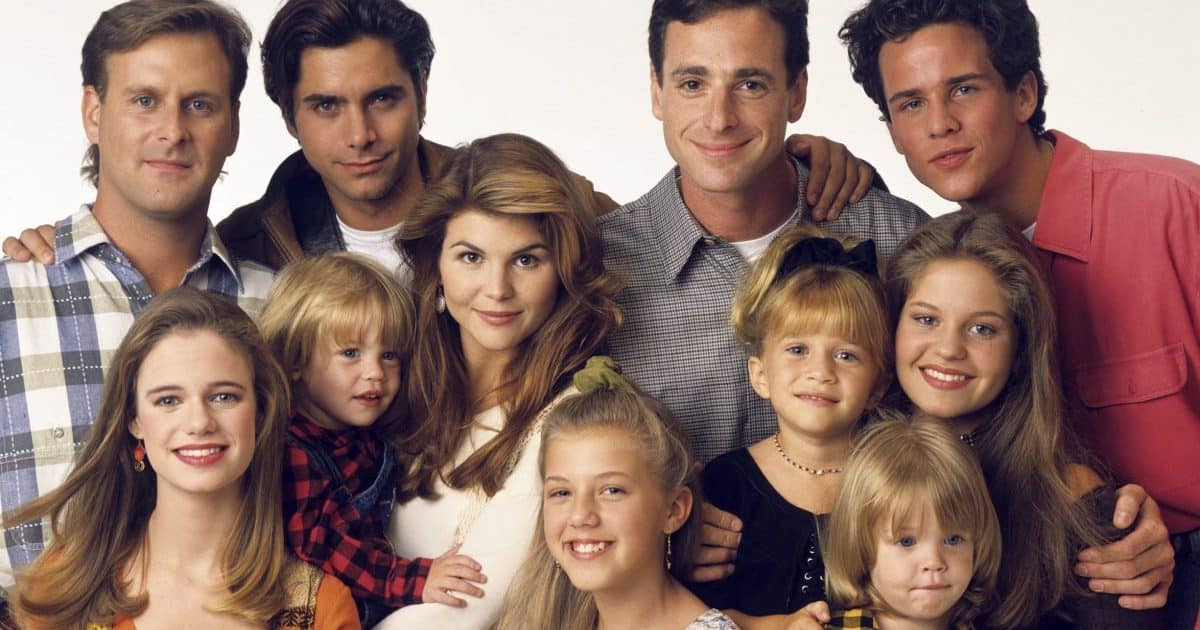 The funnyman explains, “I couldn’t help it. The whole show for me was like a beautiful Jekyll and Hyde experience. Being silly helped us survive a super-clean-cut show that at first mostly got panned but then in retrospect became part of family-television humor.”

Still, as far as the general public was concerned, Saget was indistinguishable from Danny Tanner. As such, after Full House ended in 1995, Saget’s subsequent work resulted in some dropped jaws, as TV’s most good-natured family man came out with some of the filthiest jokes imaginable.

This included a cameo as a cocaine addict in 1998 Dave Chappelle movie Half Baked, an appearance in 2005 documentary The Aristrocrats which sees him give a particularly graphic rendition of the notoriously shocking joke, and a recurring role on TV’s Entourage playing an extremely flaky, fictionalised version of himself. 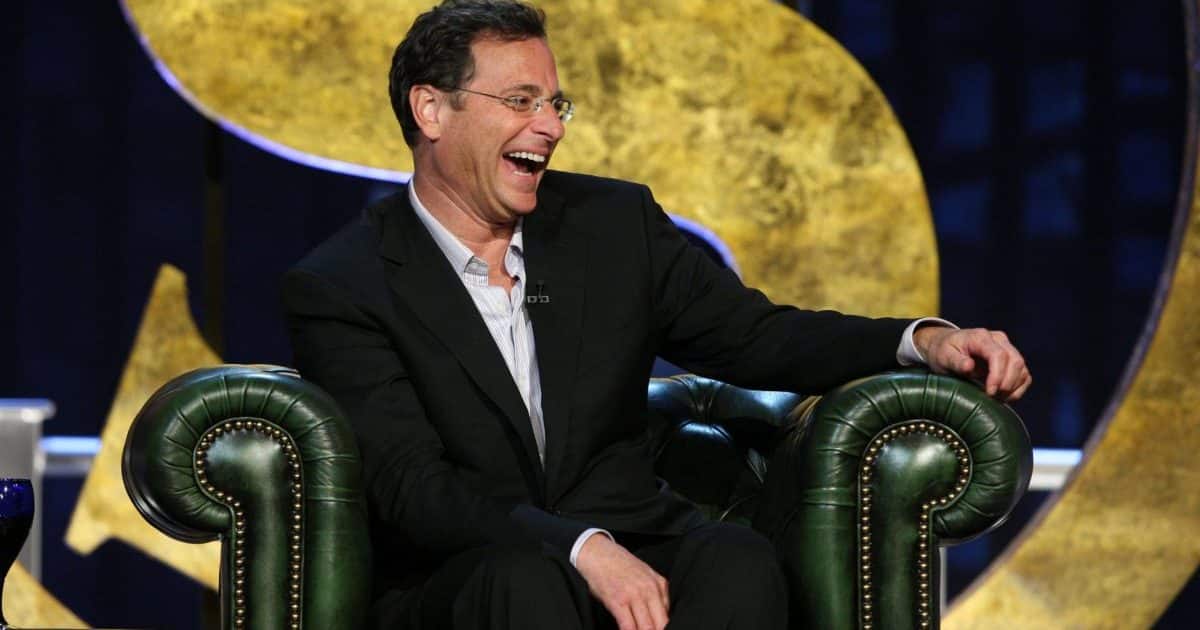 There was also the 2008 Comedy Central Roast of Bob Saget. As is the tradition, this show saw a series of comedians tell all manner of often extremely barbed jokes about their subject. In these more sensitive times, such treatment might be considered cruel – but, as Daily Beast points out, in Saget’s case it demonstrated just how loved he was by his fellow comedians.

As Saget’s Roast was made at a time when comedians were less guarded about being offensive than today, all manner of remarks were made about Saget (particularly by his friend Gilbert Gottfried) which would be truly appalling if taken literally.

Alas, when clips from the Roast were shared online in the years since, some people seem to have missed the joke. This gave way to rumours that Saget may have genuinely behaved inappropriately around his young female co-stars on Full House, and it was even suggested that this was why the Olsens did not return for 2016 sequel series Fuller House. 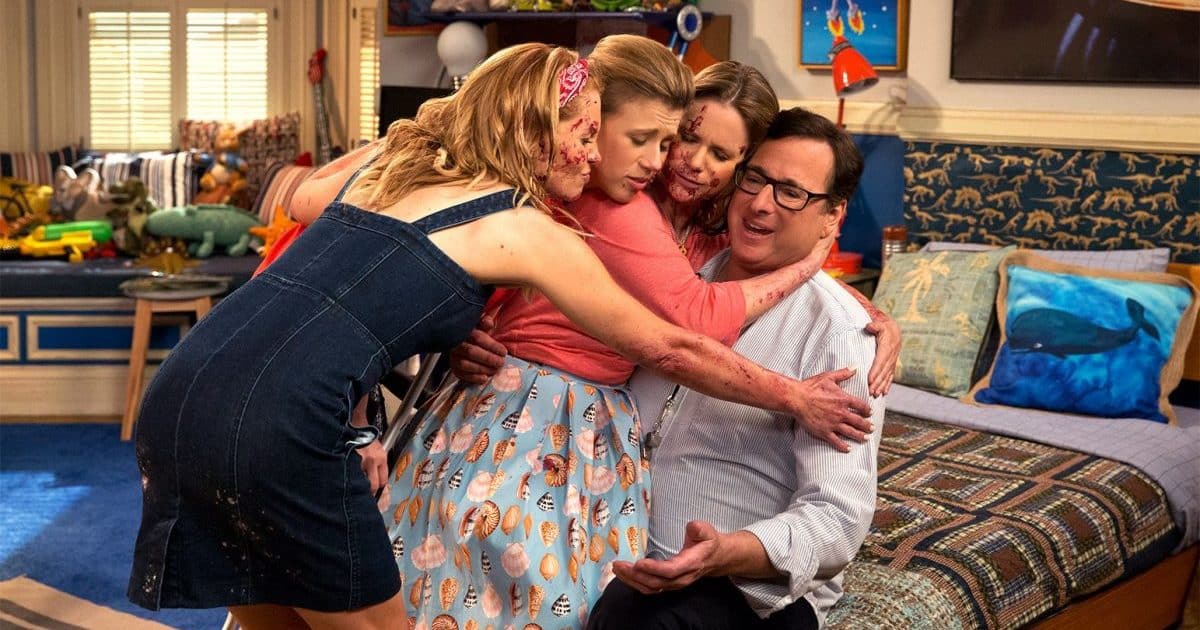 This, of course, was in no way the truth: having retired in their late teens, the Olsens had long since put acting behind them and, according to Fuller House’s producer Bob Boyett, they simply didn’t “feel comfortable acting.”

Indeed, the jokes that referenced the Olsens (as well as Candace Cameron and Jodie Sweetin) were the only thing Saget made any complaint about after his Roast: “Anybody who talks about my TV kids – that upsets me the most. I am very protective. I love them very, very much.” Saget remarked many times that he had maintained strong relationships with his younger Full House co-stars over the years. 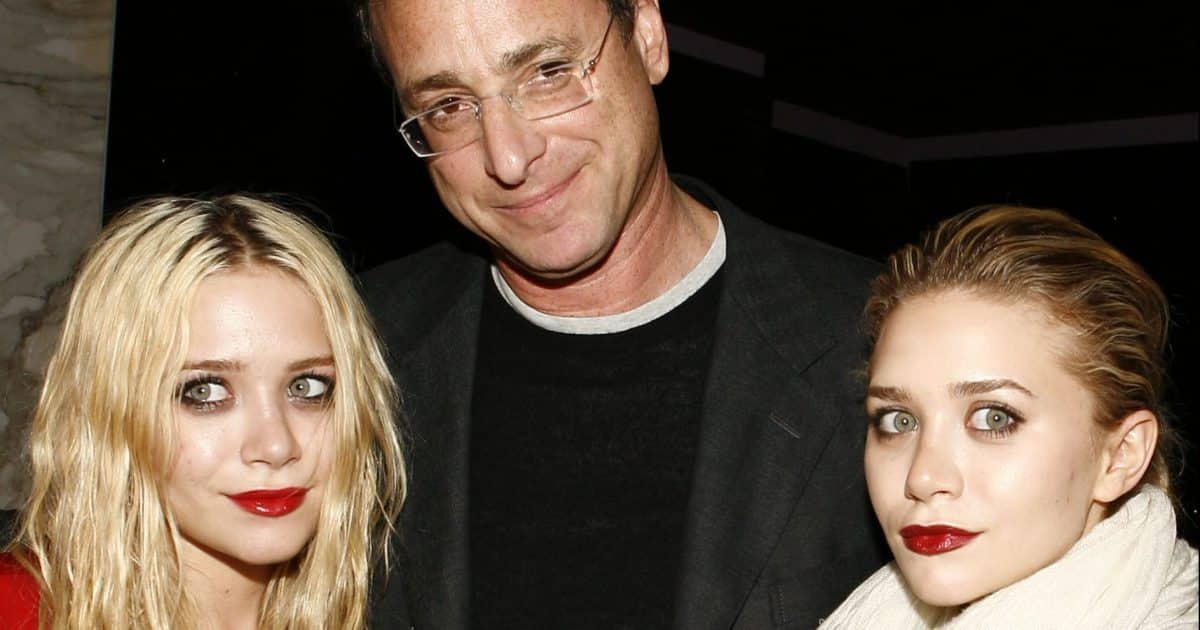 We might be left pondering which was the real Bob Saget: the magnanimous patriarch, or the X-rated bad boy? The reality, it seems, is that Saget was both these things, and doubtless more besides. (He was also a real-life father of three, and was married twice.)

Following his untimely passing, the Olsens declared Saget to have been “the most loving, compassionate and generous man. We are deeply saddened that he is no longer with us but know that he will continue to be by our side to guide us as gracefully as he always has.”