The 80s is often referred to as the ‘golden age of hip-hop’ and it’s not hard to see why. After the art form emerged in the 70s, artists like Run DMC, Public Enemy, Grandmaster Flash and the Furious Five changed the face of rap/hip-hop forever.

Below we’ve put together a list of the top 15 rappers of the 1980s. You’ll be digging out your gold chains and retro Adidas in no time! 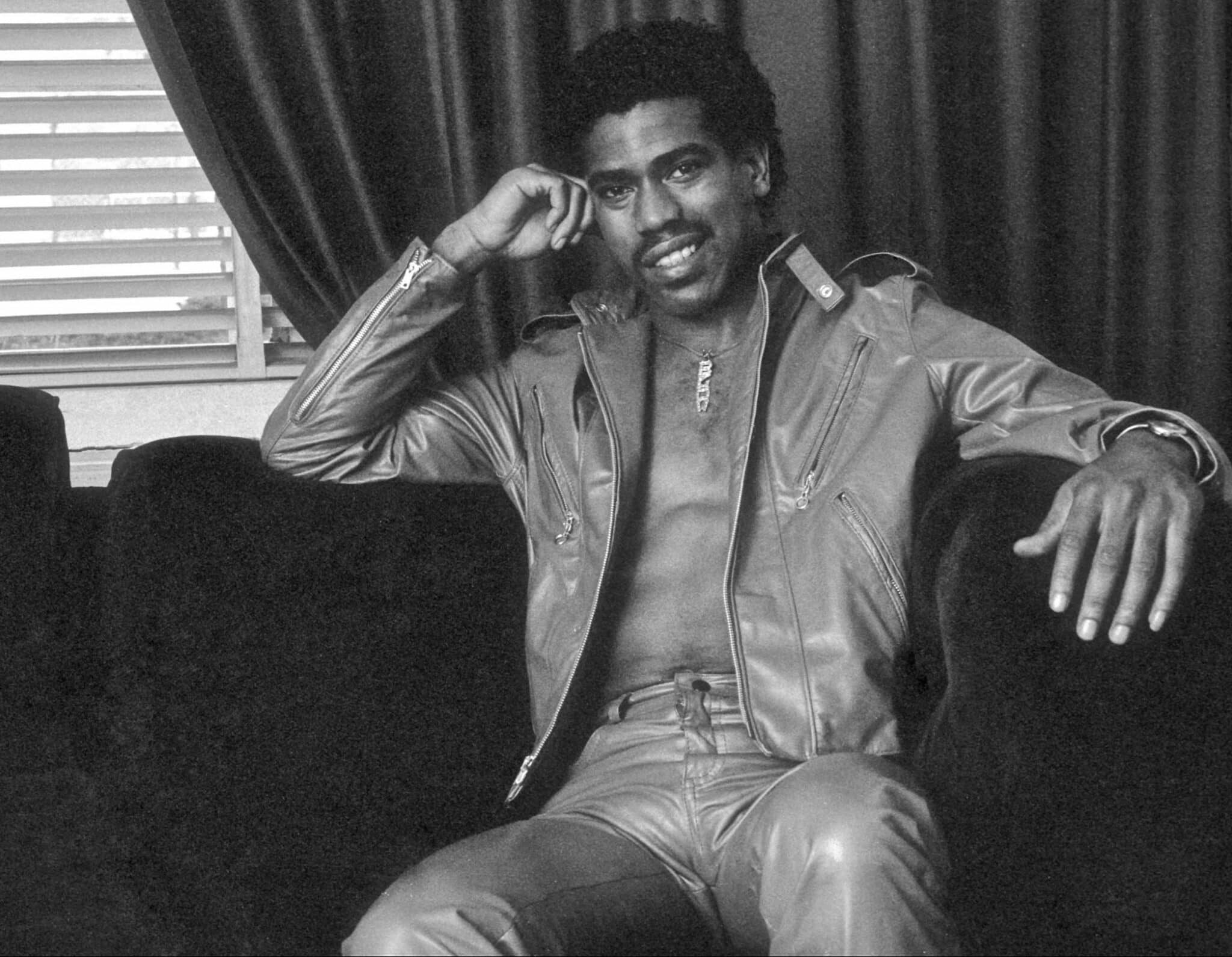 “And these, are, the braaaakes…!” Kurtis Blow had a hit single with ‘The Brakes’ in 1980, a track from his self-titled debut album which became the first hip-hop record to achieve gold status in the United States. He released an album a year throughout most of the 80s, including the popular Best Rapper On The Scene (1983).

As well as a stellar music career, Blow produced some of the most successful rappers of the decade, including the legendary Run DMC (Run was initially billed as ‘The Sons of Kurtis Blow’).  Blow is now an ordained minister and founded The Hip Hop Church of Harlem. 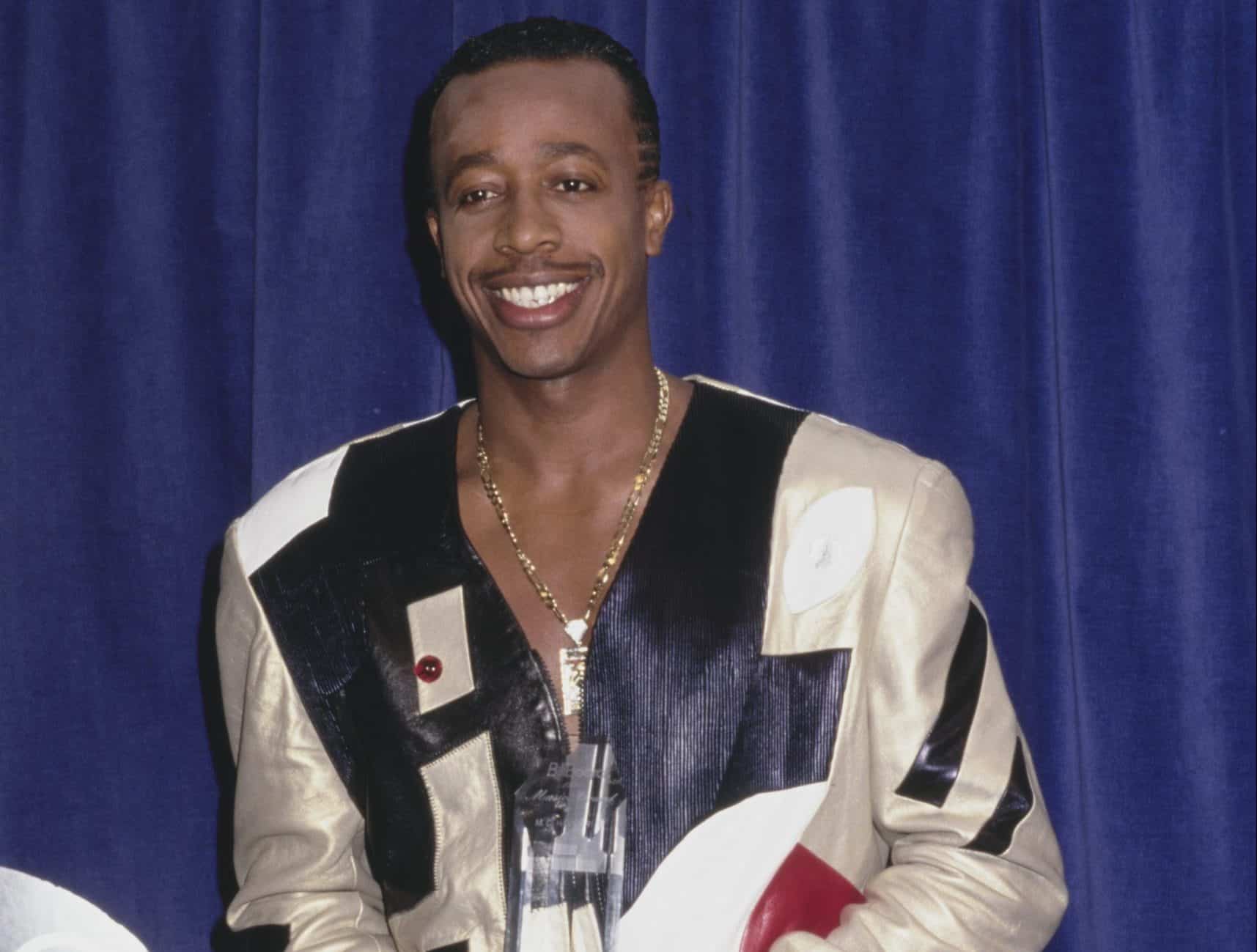 OK, so he could almost be considered a one-hit-wonder in some ways (who can forget the first time they heard ‘U Can’t Touch This’). However, MC Hammer has been hailed as an innovator of pop-rap and was actually the first hip-hop artist to achieve platinum status with an album. 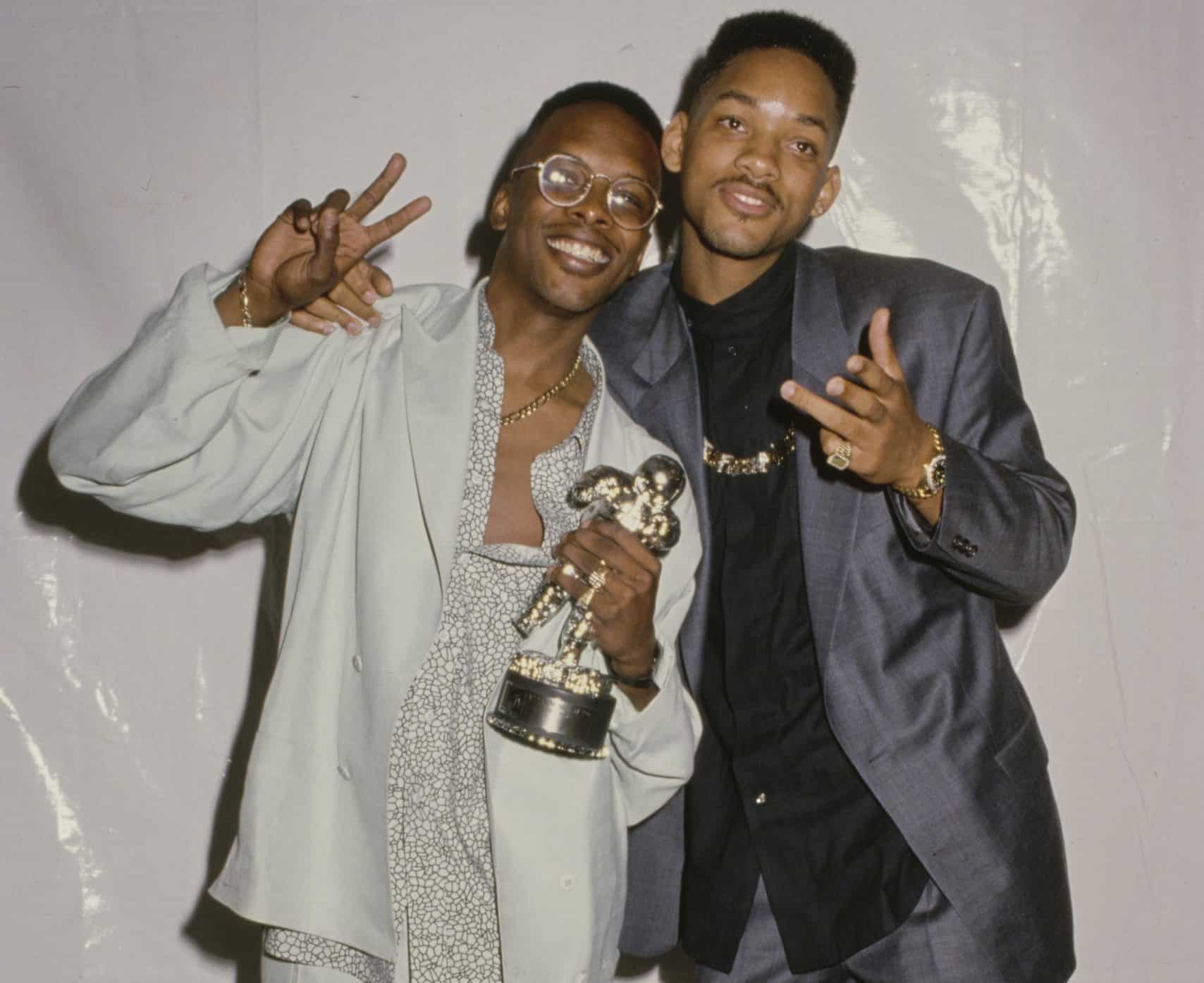 Youngsters may only know Will Smith for his blockbuster movie career. Before that he was in a little show called The Fresh Prince of Bel Air, and before that he was one half of hip-hop duo DJ Jazzy Jeff & The Fresh Prince. Hailing from West Philadelphia, the pair broke through in 1987 with their debut album Rock the House, but really broke big with the Grammy-winning 1988 hit Parents Just Don’t Understand.

1991’s Summertime was another smash hit and Grammy winner for the duo, whilst their other biggest sellers include 1993’s Boom! Shake the Room. From 1997 onwards, Will Smith began releasing solo music under his own name, but he’s continued to make music with Jazzy Jeff and they remain friends. 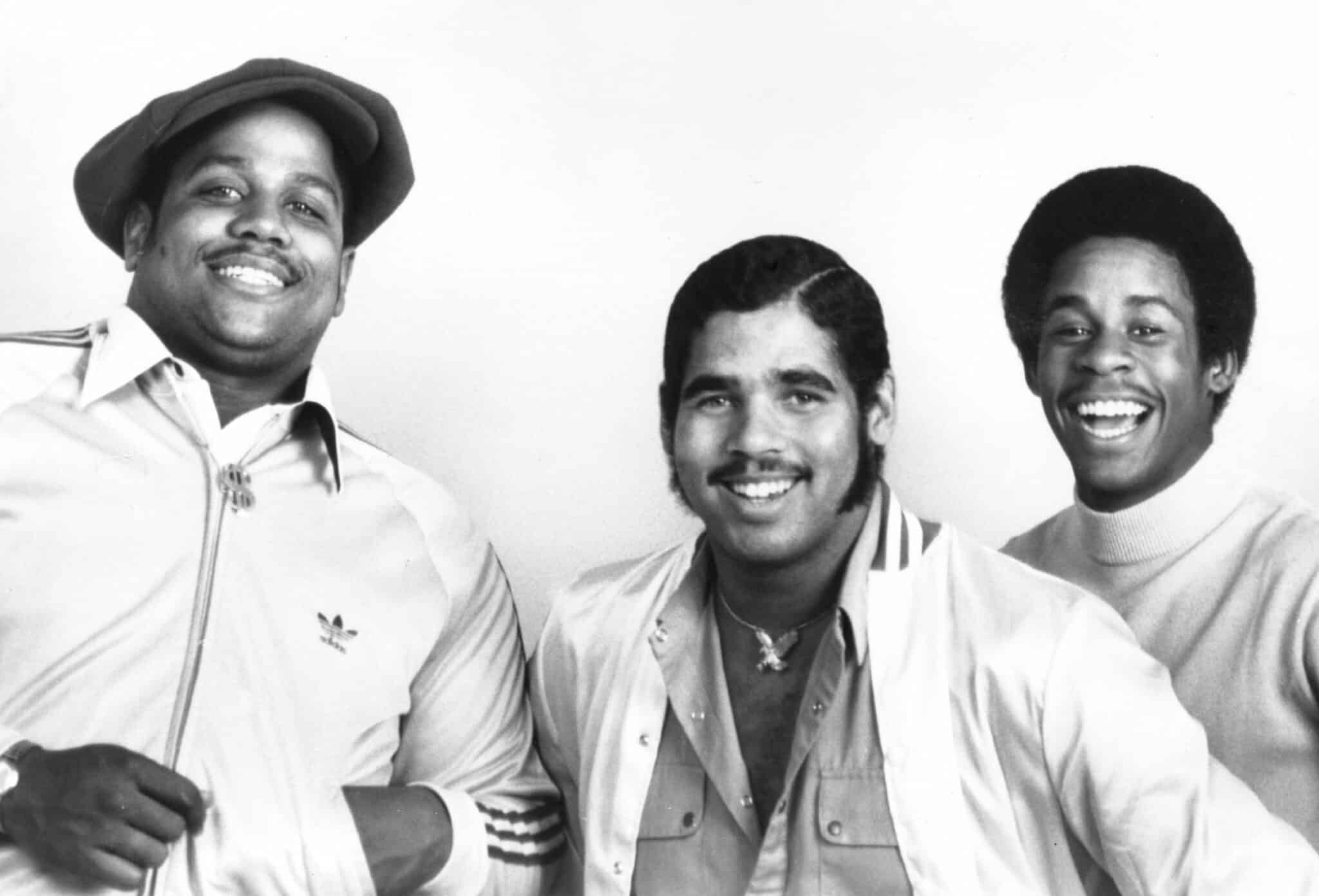 The Sugarhill Gang paved the way for mainstream success in the world of hip-hop – their hit single ‘Rapper’s Delight’ became the first rap song to enter the Top 40 in the US. The group continued to achieve fame – particularly in Europe – with singles such as ‘Apache’, ‘8th Wonder’ and ‘Rapper’s Reprise (Jam Jam)’.

Some of the original members are still performing together and even played at V festival in 2016 as part of their world tour. 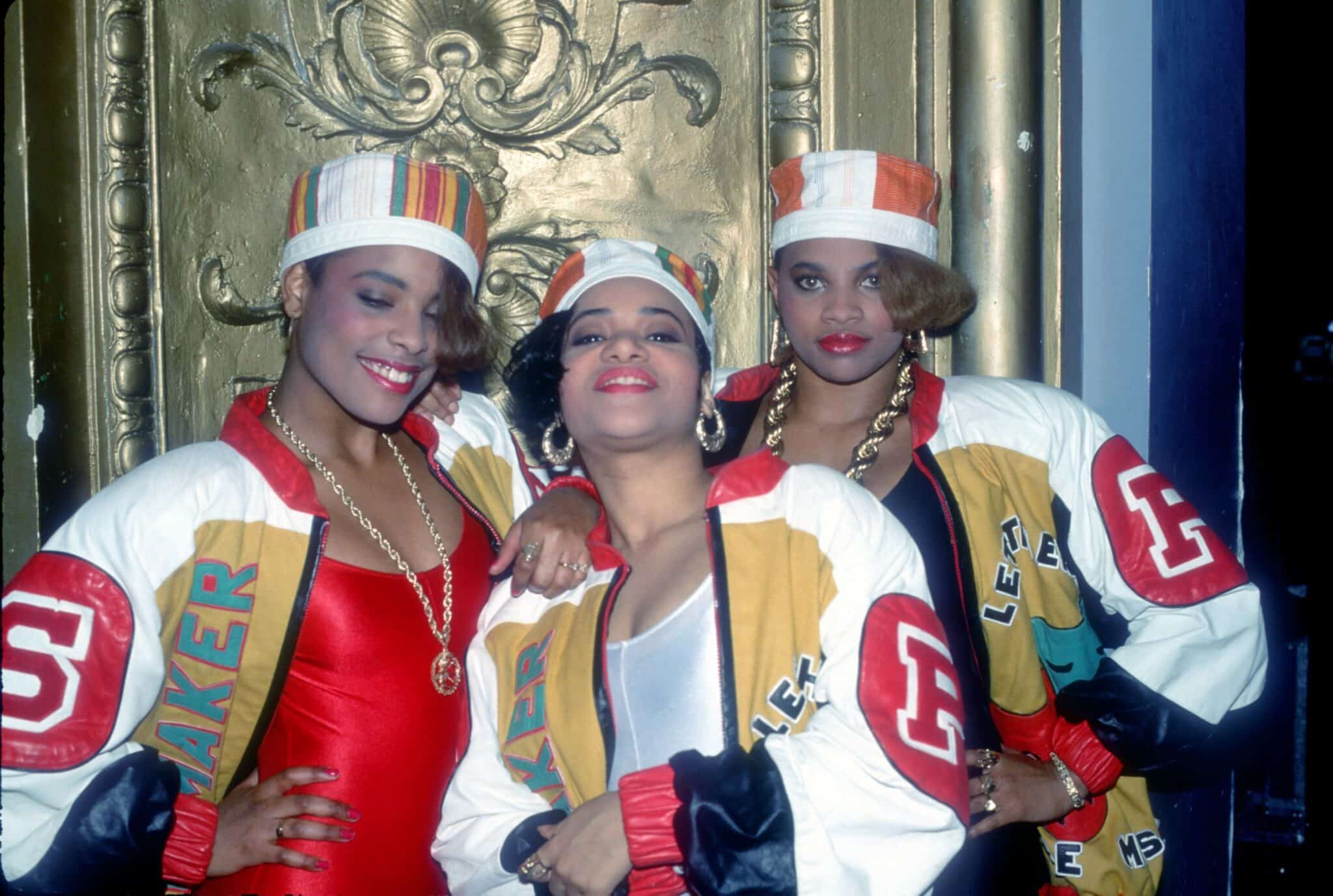 Salt-N-Pepa are notable on this list for being the only female rap group, but they proved an instant hit amongst both men and women in the 1980s. Rappers Cheryl ‘Salt’ James, Sandra ‘Pepa’ Dalton and DJ Deidra ‘Spinderella’ Roper got together in 1985 and enjoyed a huge breakthrough hit with Push It in 1988.

Their success continued well into the 90s too, with such hits as Let’s Talk About Sex, Shoop, Whatta Man and None of Your Business, the latter of which saw them awarded the 1995 Grammy Award for Best Rap Performance by a Duo or Group. 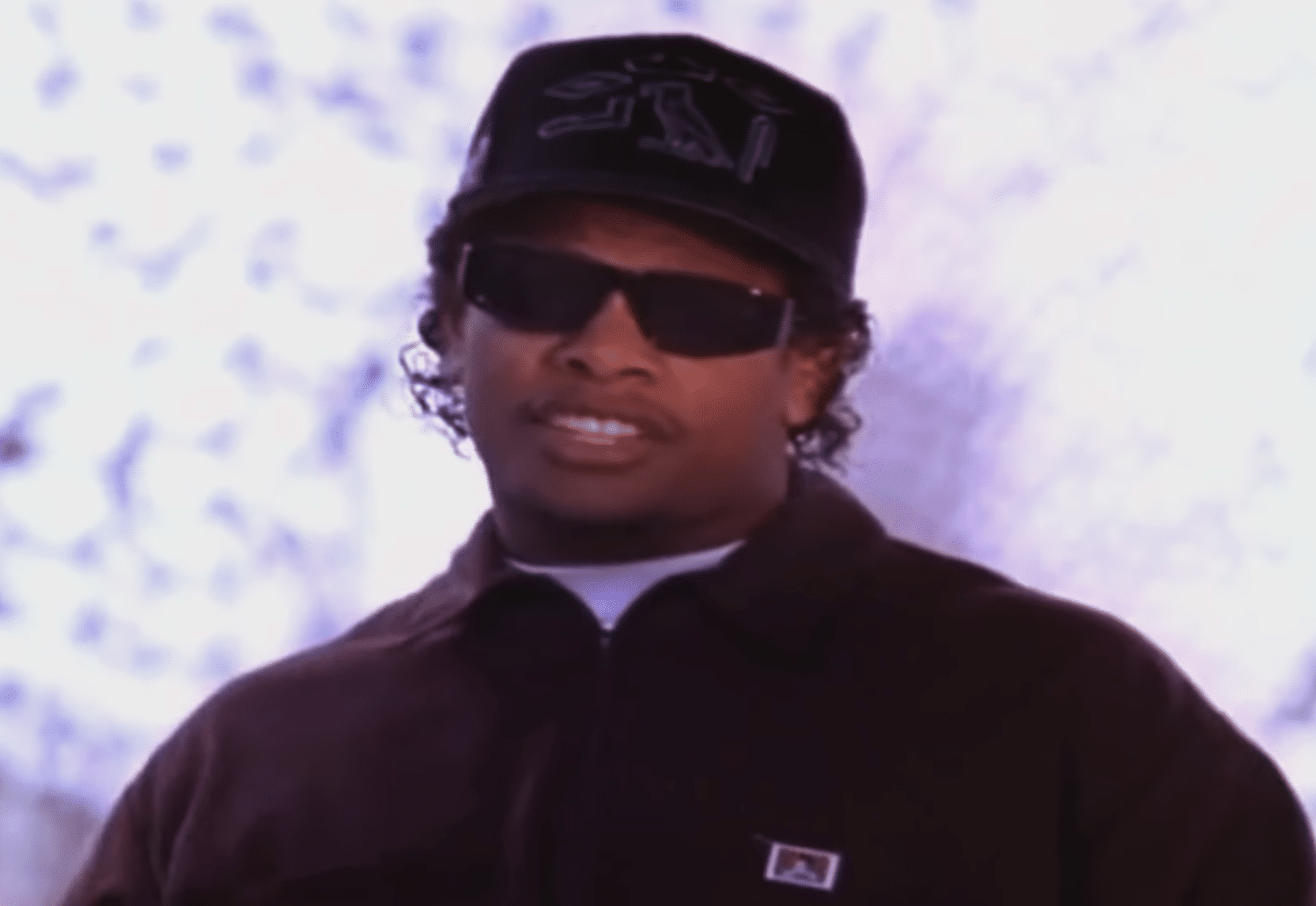 Eazy-E performed both as a solo artist and as a part of the hip-hop group NWA (see below for more on these fellas). Real name Eric Lynn Wright, he is affectionately known as ‘The Godfather of Gangsta Rap.’

Before he was due to hit the heights of solo superstardom like his band mates, Eazy tragically died in 1995, due to complications from AIDS. 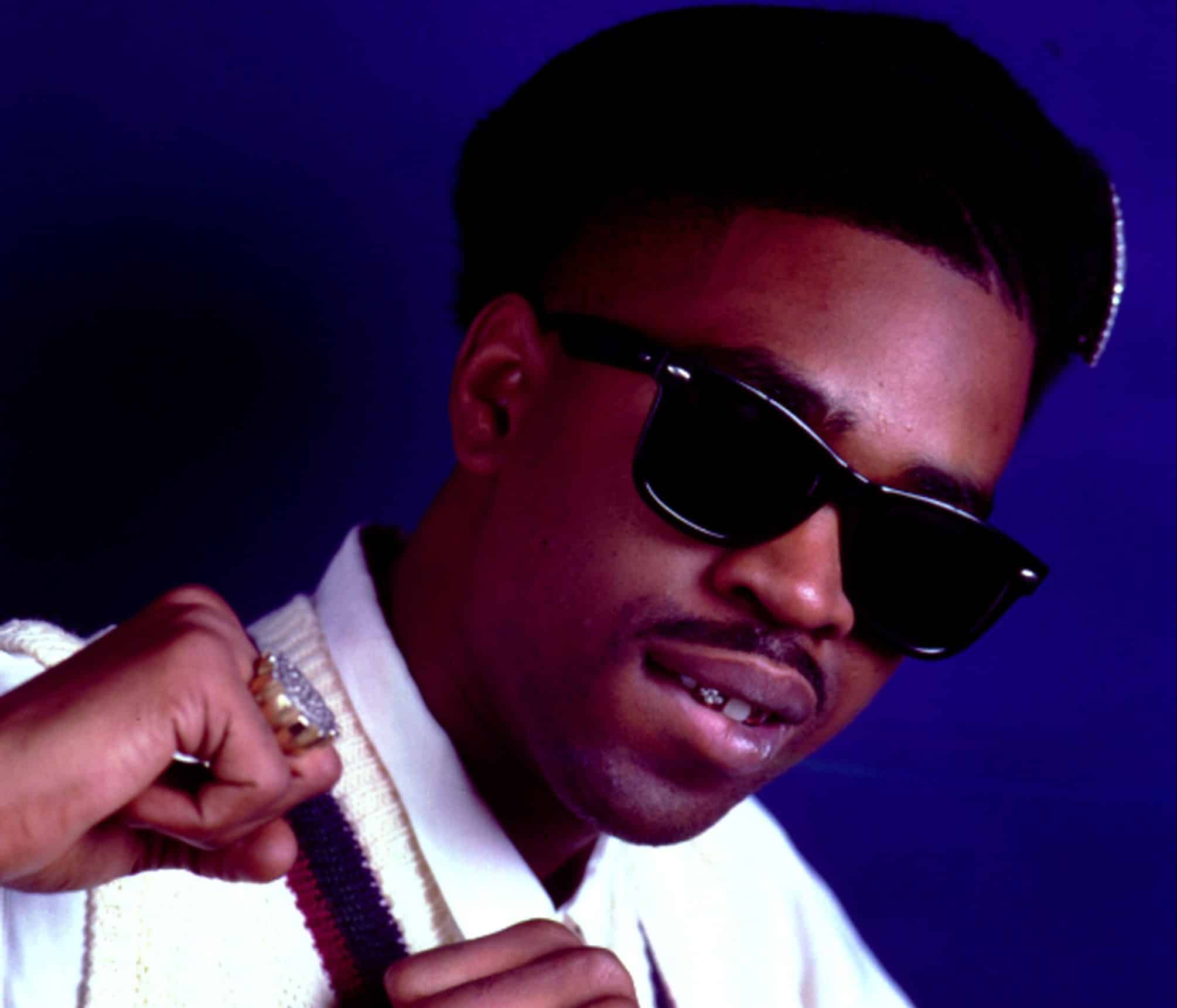 Originally from London, Slick Rick moved to America when he was 11 years old and quickly became caught up in the NYC music scene. He released his debut album The Great Adventures of Slick Rick in 1988, and the record spawned a number of hits including Children’s Story, Hey Young World and Teenage Love.

Slick Rick enjoys two notable hip hop accolades: first, as his music has been sampled by over 600 artists(!) including Eminem, Kanye West, Beyoncé and Biggie Smalls, he’s the most-sampled hip-hop artist of all time. Plus, his album La Di Da Di was the first ever rap album to feature an explicit content warning sticker.

8. Grandmaster Flash and the Furious Five 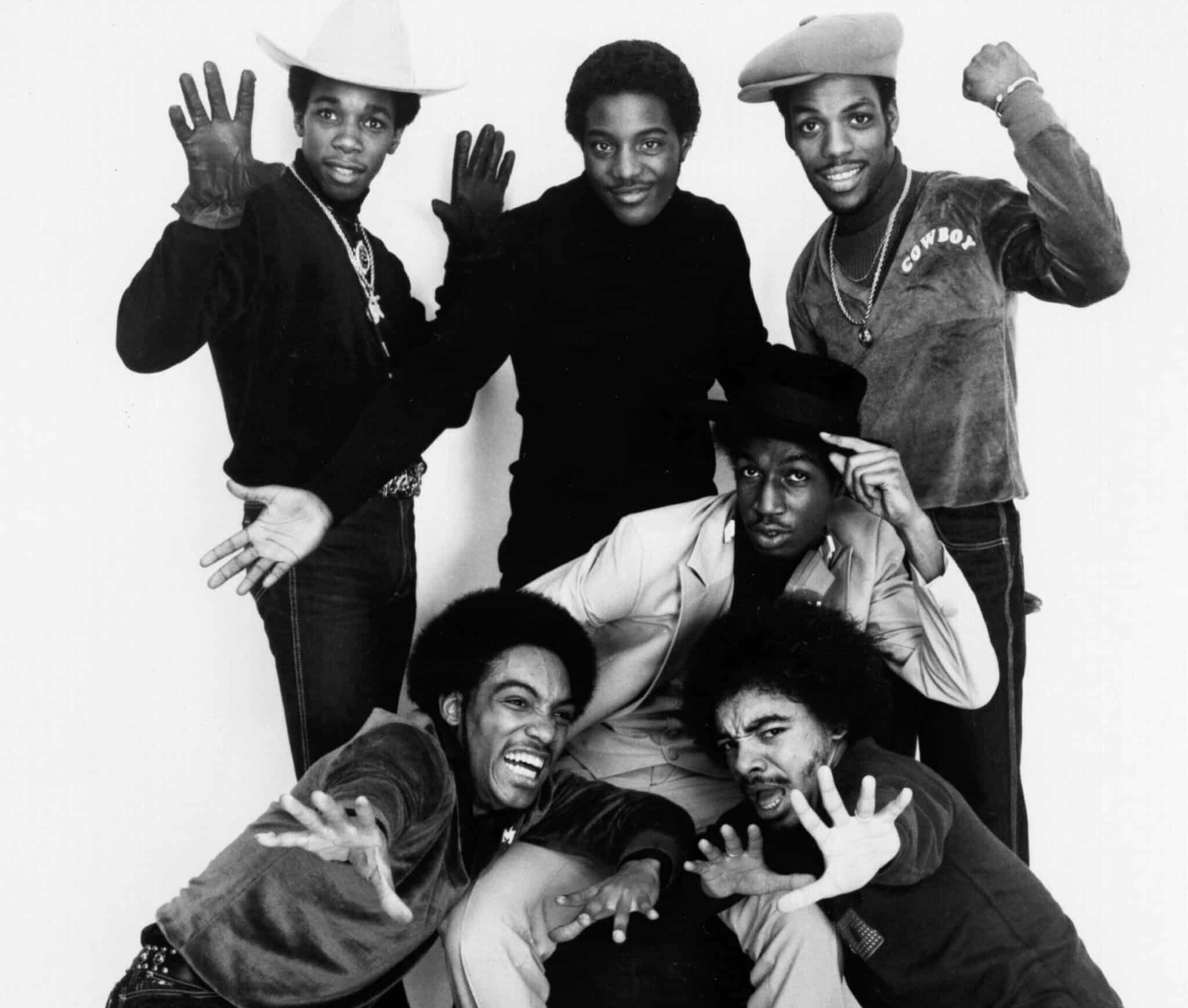 The group probably had the best names in hip-hop, comprising of six members over all: Grandmaster Flash, Melle Mel, The Kidd Creole, Keef Cowboy, Mr. Ness/Scorpio, and Rahiem. They released their first single Freedom in 1980 but achieved mainstream chart success with the classic track The Message which warned about the dangers of inner-city poverty to one of the best beats in hip-hop.

The group was plagued by internal legal battles during the release of their best-loved hit White Lines (Don’t Do It), and they eventually disbanded. 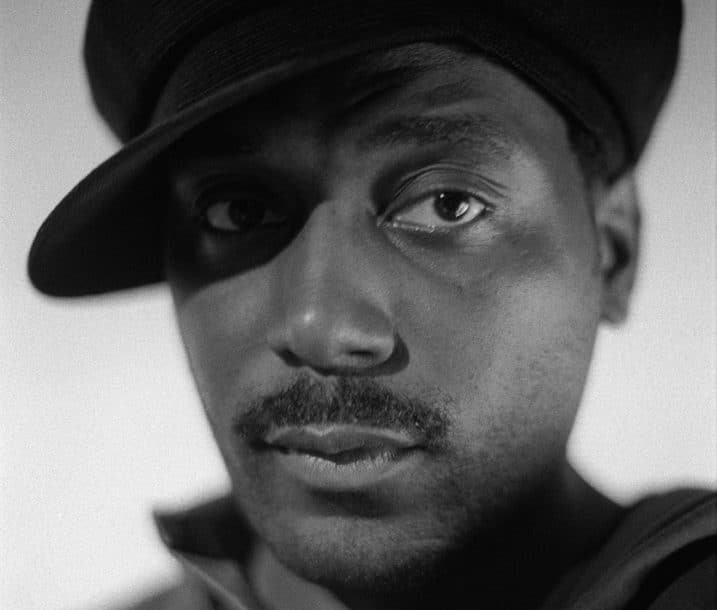 Known as one of the pioneering masters of fast-rhyming, Big Daddy Kane rose to prominence in the NYC hip-hop scene thanks to his 1988 debut album Long Live The Kane, which featured tracks such as Ain’t No Half-Steppin.

Kane was noted for his charisma and ‘swagger’, an image which – together with his music – led him to being named one of the most influential artists of the golden era of hip-hop. 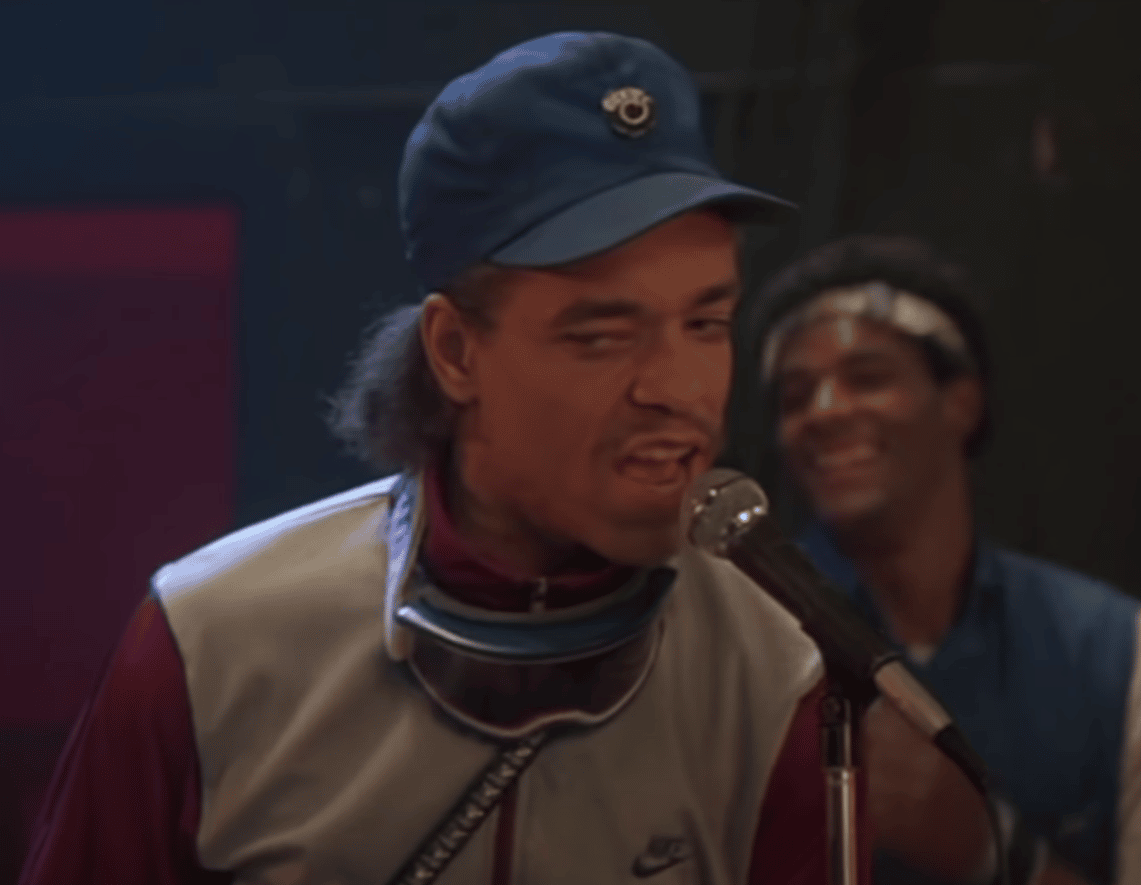 Before he became reality TV fodder alongside his voluptuous wife Coco, Ice-T was one of the most influential rappers of the 1980s. He began his career in the underground music scene, and made early appearances in the Breakin’ movies before gaining success with 1987’s Rhyme Pays. (And it certainly did for Ice-T, who has sold over 10 million albums.)

Ice-T later became a pioneer of rap metal with his side project Body Count, and also made a name for himself as an actor. Since 2000, he’s been a full-time cast member on TV’s Law & Order: Special Victims Unit. 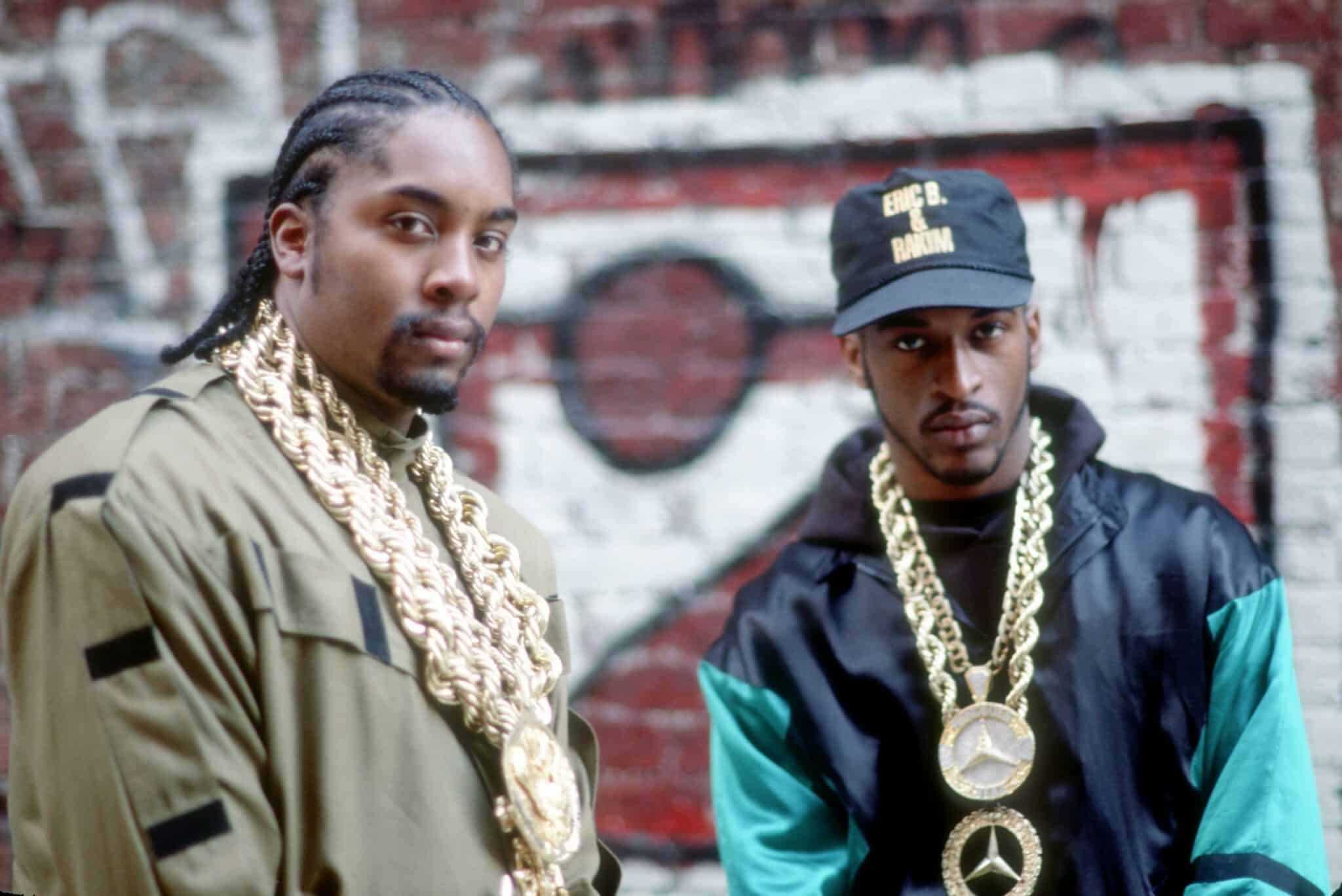 No other hip-hop duo rocked heavy gold chains quite like Eric B. & Rakim. Their music wasn’t bad either and together they have been named by rap stars young and old as the best DJ/MC combination of all time. Eric looked after the turntables whilst Rakim rapped over them, producing classic 80s albums Paid in Fulland Follow The Leader.

After disbanding following some legal issues with their label in the 90s, the two enjoyed a reunion in 2017. 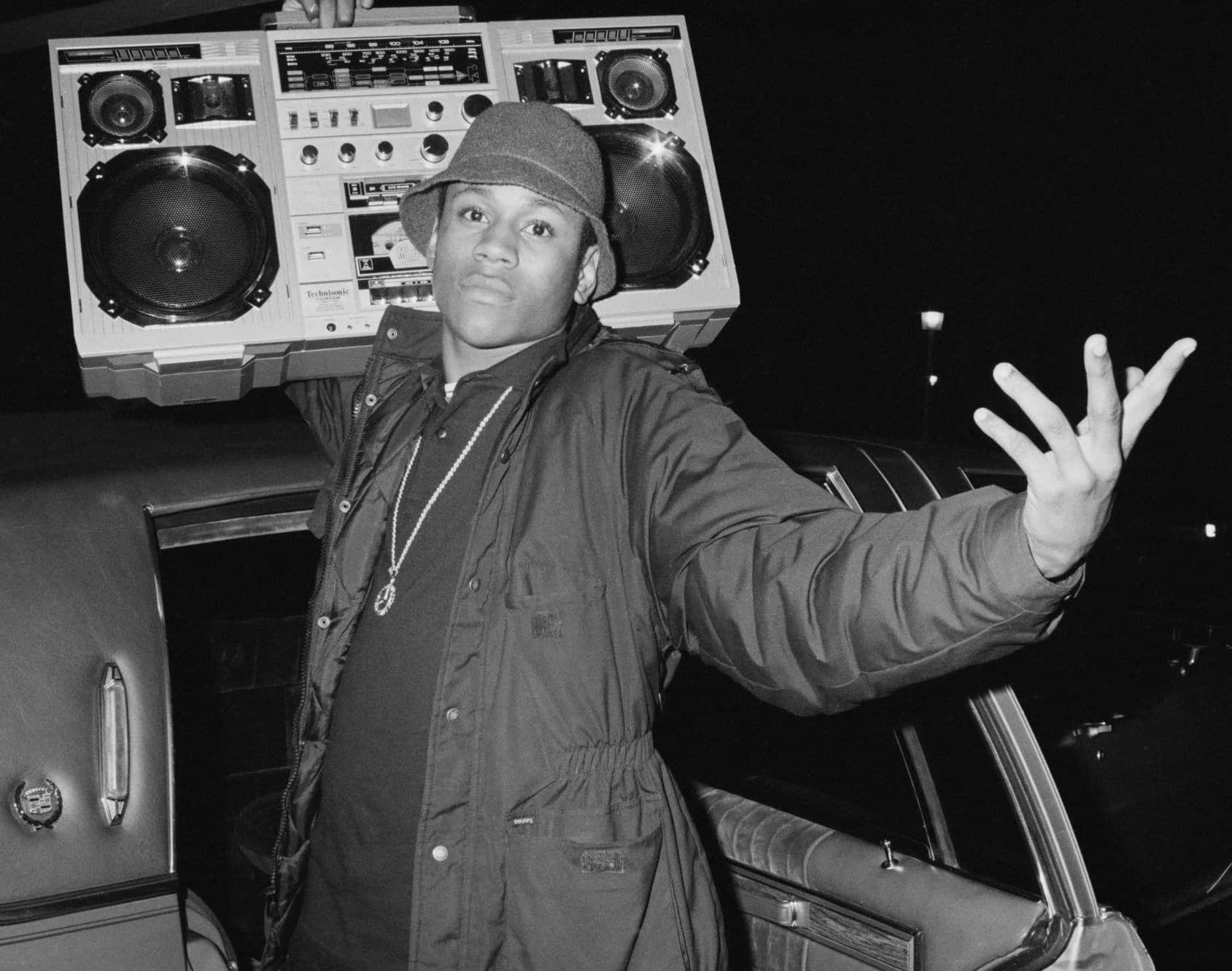 James Todd Smith, better known by his stage name LL Cool J (Ladies Love Cool James), was responsible for a string of hits in the 80s and 90s including I’m Bad, Rock the Bells and Mama Said Knock You Out. His hit single I Need A Beat established him as one of the break-out hip-hop stars of the era and he was one of the first acts to be produced by the legendary Rick Rubin. 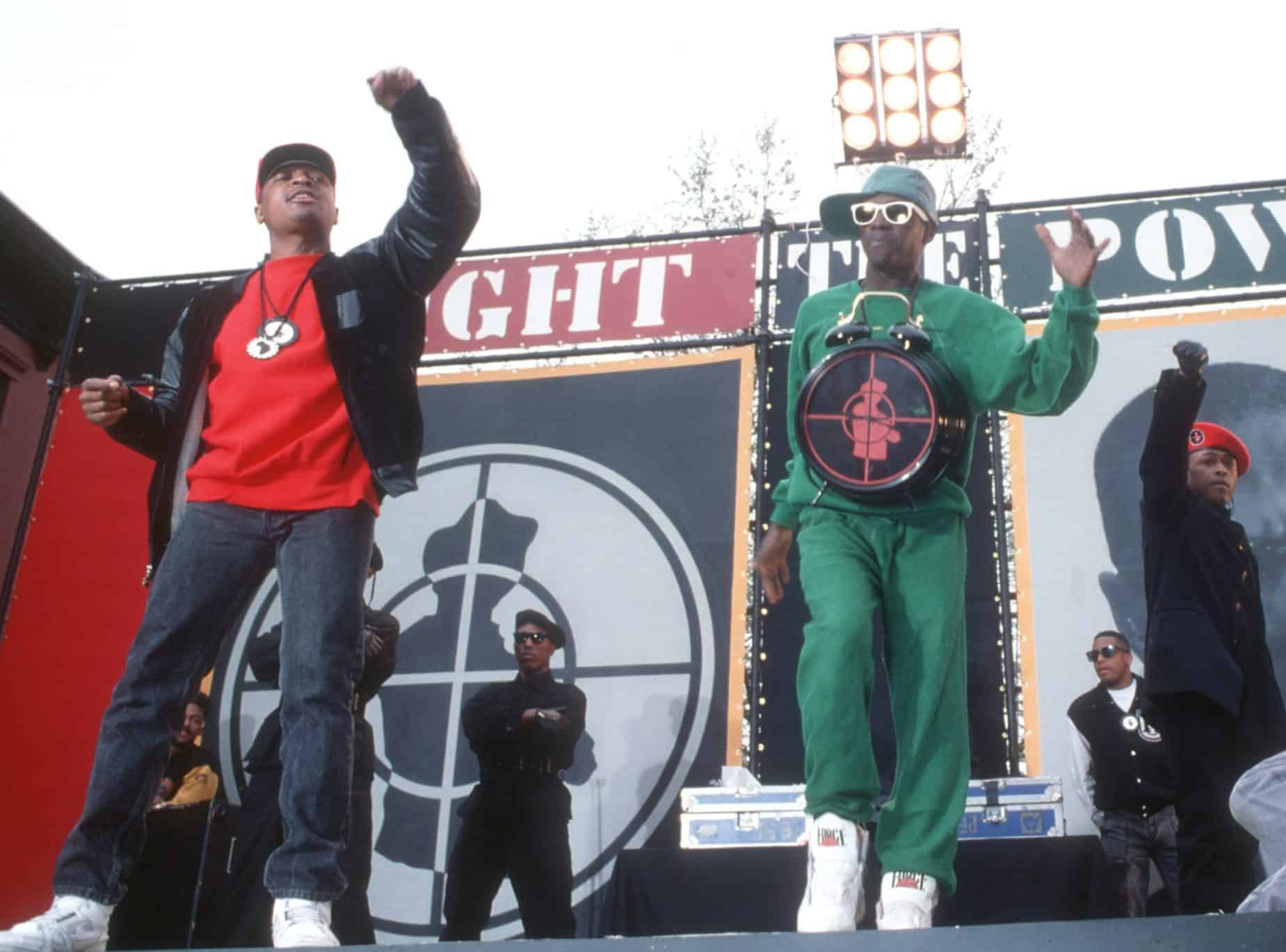 Public Enemy burst onto the 80s hip-hop scene with their politically-charged lyrics and vocal criticism of the American media. The group started out as an opening act for The Beastie Boys before their second album It Takes A Nation of Millions to Hold Us Back garnered mainstream success, thanks in part to the hit single Don’t Believe The Hype.

Follow-up album Fear of a Black Planet had an even greater impact, and featured the band’s hit Fight the Power (also used in Spike Lee’s film Do the Right Thing). Although their success waned in later years, Public Enemy have continued making music, releasing their most recent album in 2020. 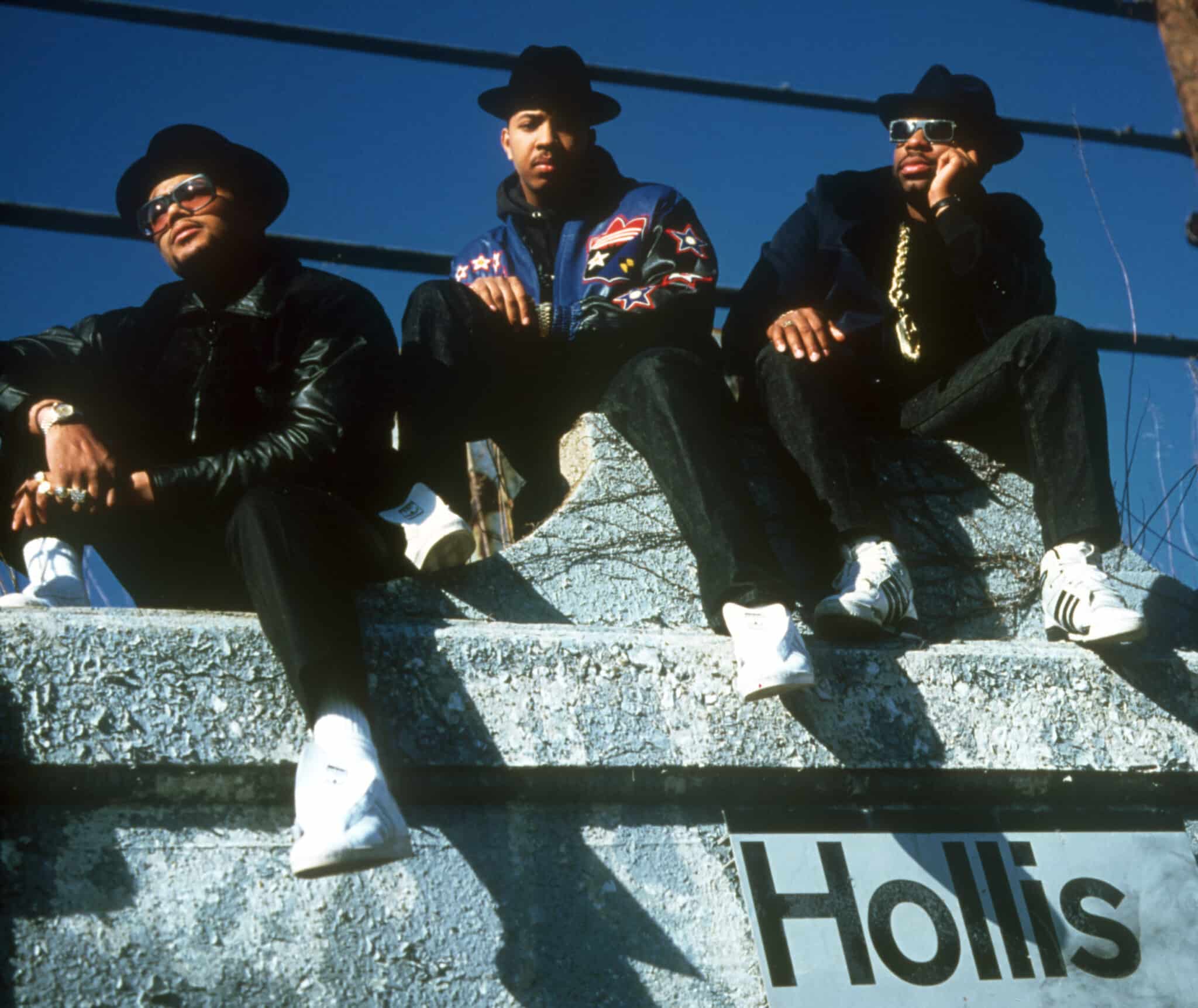 Run DMC were by far the biggest-selling hip-hop group of the 80s. They were founded in 1981 in Hollis, Queens, New York and consisted of Joseph Simmons, Darryl McDaniels and Jason Mizell. Their Kangol hats, unlaced shoes and leather jackets created an entirely new look for the 80s, but it was their music that people really fell in love with. Walk this Way, their collaboration with Aerosmith, was the first hip hop hit to cross over to the mainstream.

Creative differences, personal issues and shifts in the rap landscape saw Run DMC fade away in the 90s. The band was sadly brought to a final end when Mizell was murdered at his recording studio in Queens in 2002. 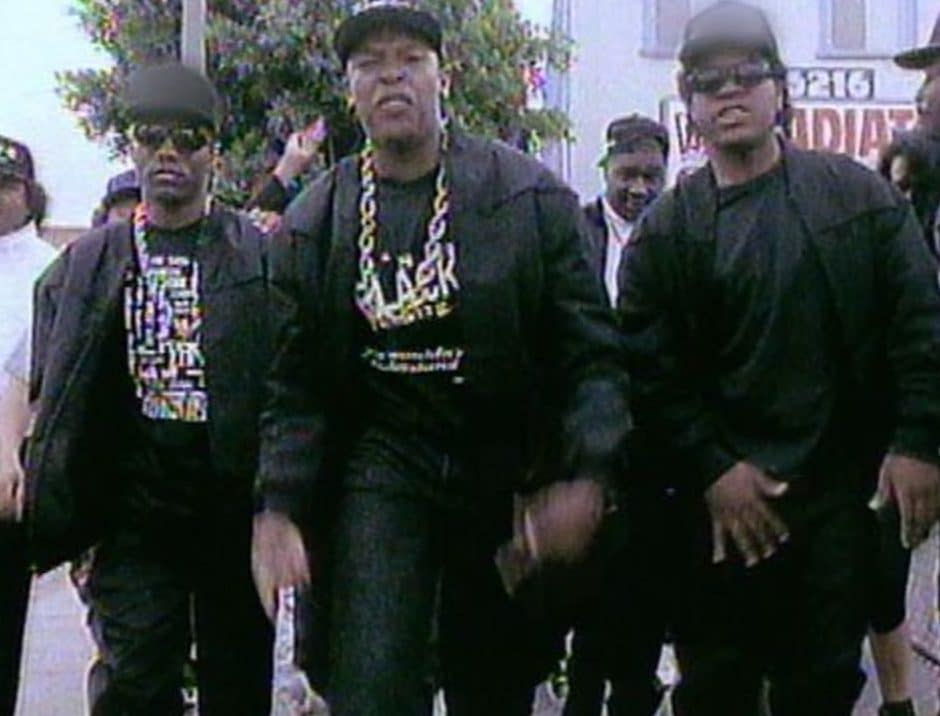 NWA was a West Coast hip-hop collective whose 1988 album Straight Outta Compton marked the beginning of a new wave of gangsta rap. With songs like F*** Tha Police and Gangsta Gangsta, it’s easy to see how the group gained a reputation for controversy. Since then NWA has influenced countless artists in the hip-hop world and beyond.

However, internal tensions plagued the group and members came and went in quick succession before they dissolved for good in 1991. In the years since, founder members Ice Cube and Dr Dre have enjoyed huge success as solo artists, and 2015 biopic Straight Outta Compton celebrated their legacy.