The Top 10 Misheard Song Lyrics From The 1980s Have Been Revealed!

Have you ever listened to Queen’s legendary Bohemian Rhapsody and wondered why they were singing about a poor boy “saving his life from this warm sausage tea?” Or perhaps you’ve questioned how ABBA’s Dancing Queen can “feel the beat from the tangerine?” Then we can confidently diagnose you with an extremely severe case of misheard-song-lyric-itus.

You likely already know the symptoms. You listened to Johnny Nash’s 1972 hit hundreds of times before you realised that he’s not singing about being able to “see clearly now Lorraine has gone.” And it was years before you found out that Sister Sledge were actually singing “just let me state for the record” rather than “just let me staple the vicar,” in their song We Are Family, 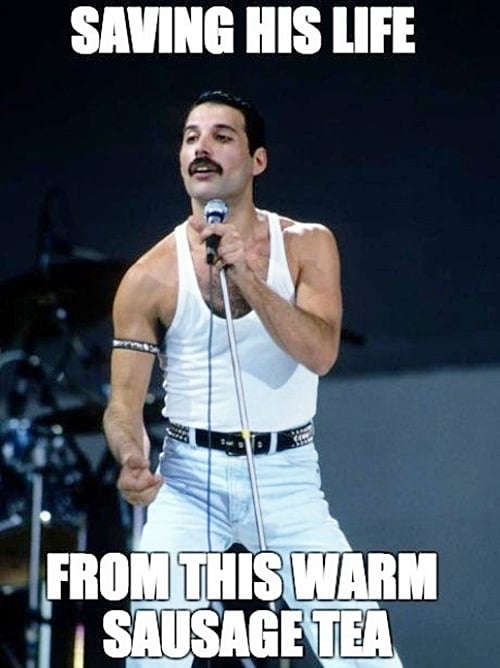 But do you have any idea what the most misheard song lyrics from our very favourite decade, the 1980s, are? Well thanks to Starkey Hearing Technologies, who carried out a poll of 2,000 Brits, the truth has finally been revealed.

Below are the Top 10 misheard song lyrics from the 1980s, but before you scroll any further, let us warn you that some of these entries will most definitely leave you shaking your head in dismay at the listening skills of the great British public. Please don’t say that we didn’t warn you! 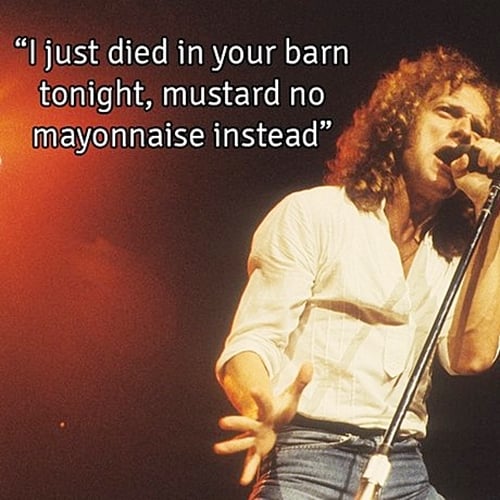 Did anyone really think that Cutting Crew were singing about dying in a barn before deciding between mustard and mayonnaise in their 1986 smash hit (I Just) Died in Your Arms? 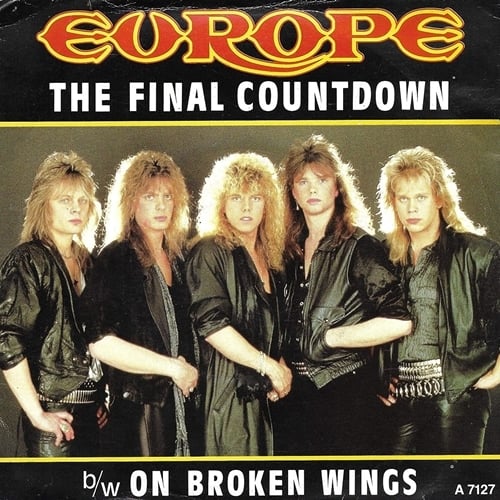 It’s a true 80s classic, but some people listen to Europe’s The Final Countdown and hear the Swedish rockers complaining that they’re not being paid enough.

But rather than stating that “we’re working for peanuts,” Europe are of course making the even more outlandish claim that “we’re heading for Venus.” 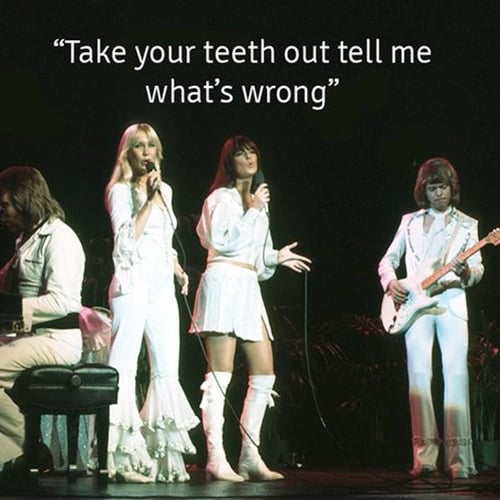 Perhaps the title of the song being Chiquitita is a tiny clue that Sweden’s biggest band of all time were not talking about someone removing their dentures. 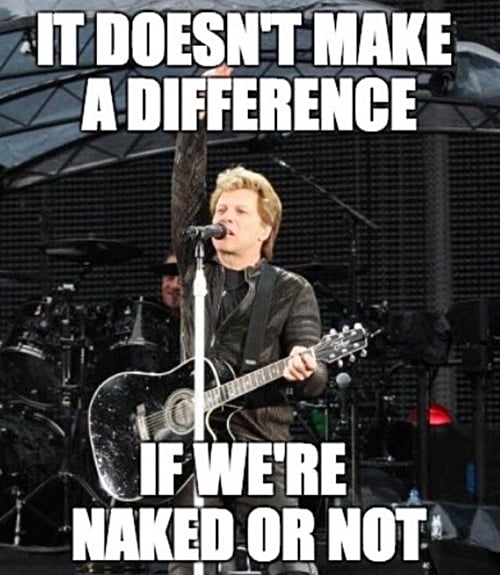 Now, we do have to agree that it does sound like Jon Bon Jovi is singing about getting his clothes off in his band’s 5 million-selling 1986 song Livin’ on a Prayer. 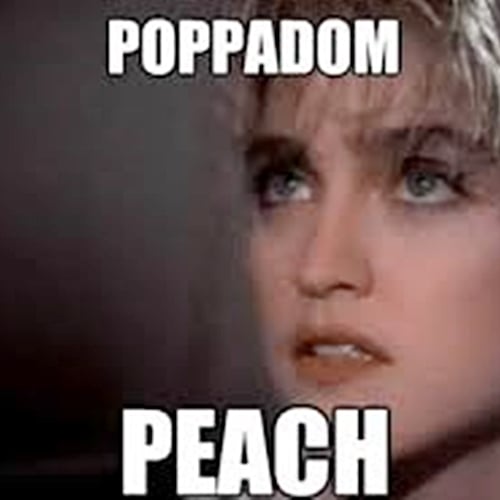 Another misunderstanding that could probably have been avoided if people were to take note of a song’s title is the confusion sounding Madonna’s 1986 single Papa Don’t Preach.

The poll reveals that there are a large number of people who hear the Queen of Pop singing “poppadom peach” rather than “papa don’t preach.” Really?

5. Eurythmics – Sweet Dreams (Are Made of This) 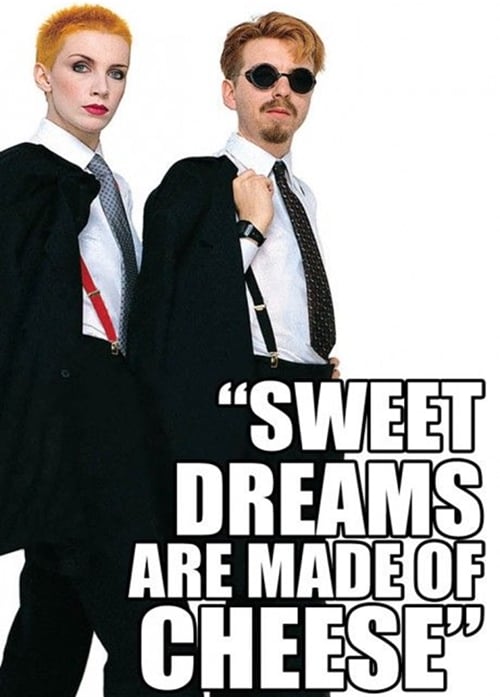 Even though it’s another song where the clue is in its title, the Eurythmics’ Sweet Dreams (Are Made of This) still has people convinced that the brilliant 80s pop-synth duo are singing about cheese. Yes, cheese.

4. Starship – We Built This City 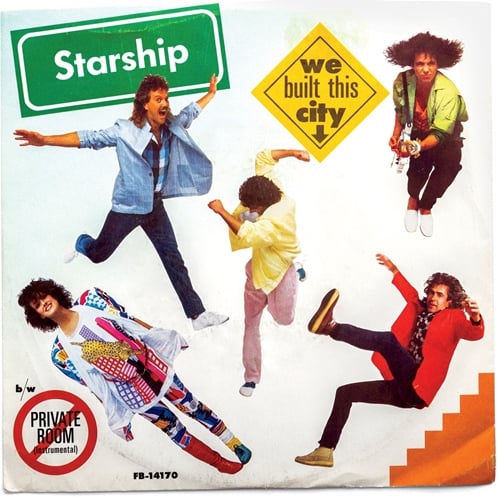 The misheard lyric food obsession doesn’t end with cheese, because apparently a number of us believe that the American rock band Starship built a city out of sausage rolls. Come on now, we did warn you! 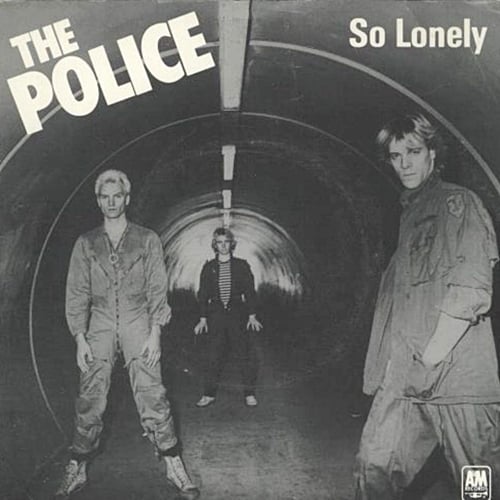 If you’ve ever wondered why Sting and his band The Police wrote a song about the English broadcaster Sue Lawley OBE, then you’re not alone.

But you are rather daft, because the lyric you’re hearing, as well as the title of The Police’s number 6 hit is of course “So lonely” rather than “Sue Lawley.”

2. Paul Young – Everytime You Go Away 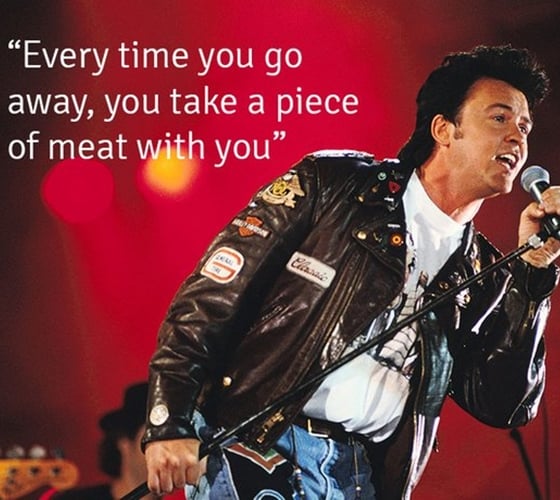 We’re on the subject of food again, and we can hardly keep a straight face when we tell you that many people hear Paul Young singing “every time you go away, you take a piece of meat with you.”

Surely everyone knows that Young is actually singing “every time you go away take a piece of me with you?” Surely?

1. Dire Straits – Money for Nothing 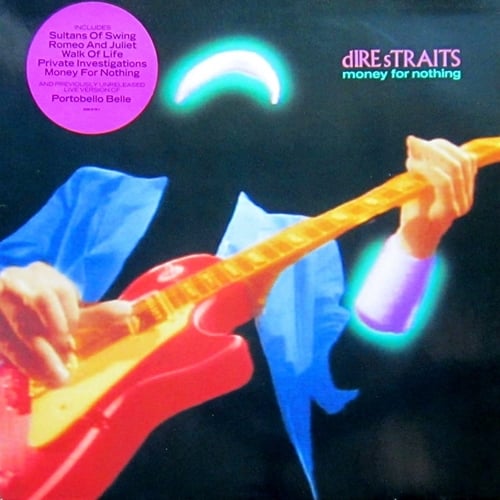 And we end with another misheard lyric about food, with the number one most frequently misheard lyric of the entire 1980s being one that features Sting again, as he contributes to Dire Straits’ 1985 Top 5 hit Money for Nothing.

Complete the famous lyric: “money for nothing and your (what?) for free” Apparently many people hear the word chips, but what Mark Knopfler and Sting actually wrote about was getting their chicks for free.