If there’s anything better than getting into a heated debate with your in-laws after everyone has downed a few Christmas day beverages then we’d love to hear it. From politics to the state of modern music, there can’t be a subject in the world that hasn’t been broached as part of a good old seasonal argument.

But rather than douse the festive flames with some boring goodwill, we’ve decided to throw more coal onto the fire and ask a question that’s bound to get everyone’s woolly jumper-covered backs up as December 25th approaches: Who is the greatest movie Santa Claus of all time? 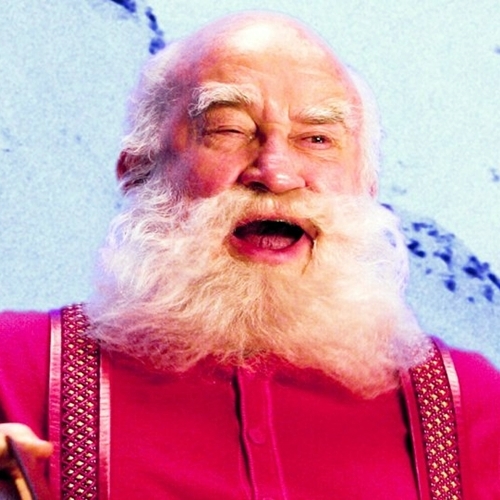 We begin our jolly Christmas countdown with the popular 2003 comedy Elf, a film that saw Will Ferrell’s human Buddy adopted and raised by elves to hilarious effect.

Elf’s Santa Claus, who discovers Buddy in his sack and hands him over to Papa Elf to raise, is played by Ed Asner, the most honoured male actor in the history of the Primetime Emmy Awards. 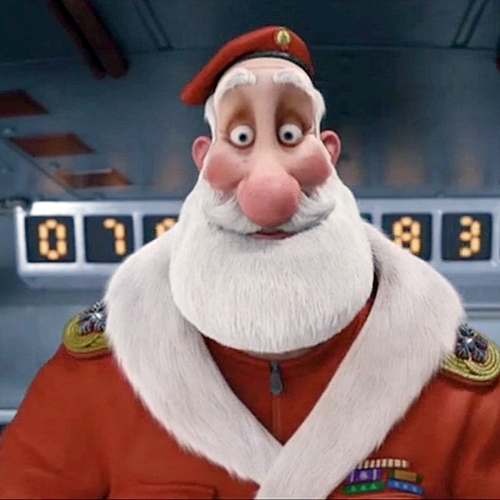 British film studio Aardman Animations are best known for their stop motion creations Wallace and Gromit, but they also made the festive 2011 computer-animated film Arthur Christmas. 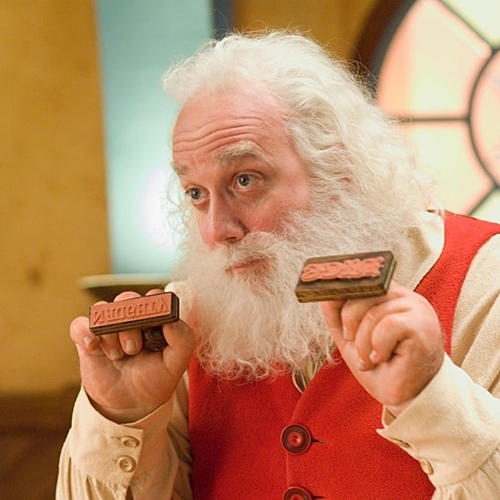 An underrated Christmas treat that sees Paul Giamatti take on the role of the man in red, Fred Claus was released in 2007 and is loosely based on the poem A Legend of Santa and His Brother Fred by Donald Henkel.

Fred Claus sees Vince Vaughn play the troublesome sibling of Giamatti’s saintly Santa, and we think it’s a great deal of fun despite it having received a critical panning upon release.

7. Edward Ivory (The Nightmare Before Christmas) 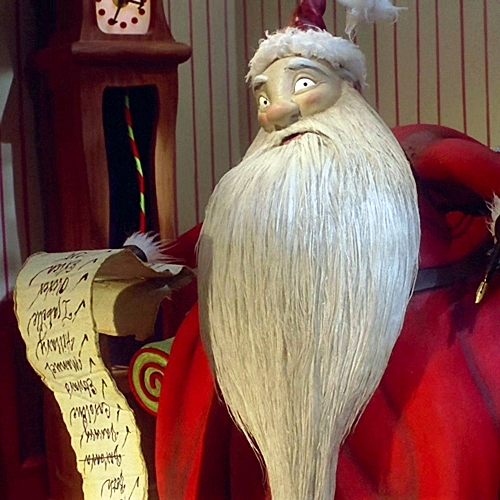 Jack soon tasks a group of children with capturing Christmas Town’s ruler Santa Claus, who is voiced by Ed Ivory (also the narrator of the film’s opening). 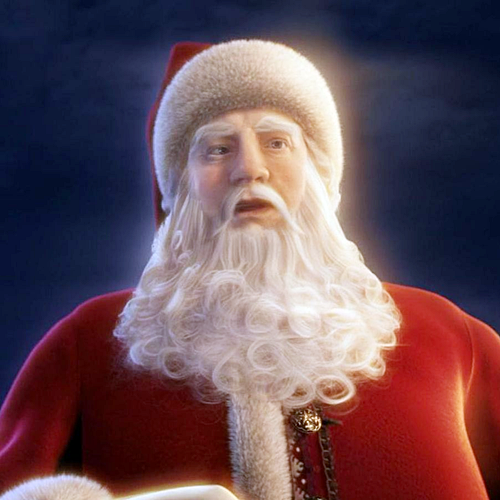 Written, produced, and directed by Back to the Future filmmaker Robert Zemeckis, The Polar Express very quickly became a firm festive favourite with families across the globe.

Tom Hanks provided the movement and voice for the film’s Santa Claus in addition to a number of other characters, including the hero’s father and the train conductor. 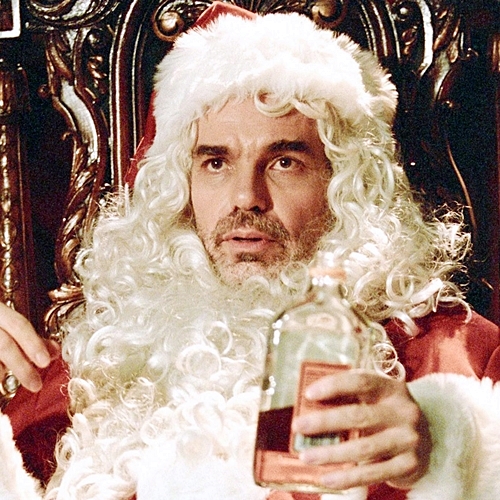 A 2003 black comedy that puts a much darker spin on our favourite time of the year, Bad Santa sees Billy Bob Thornton dressing as Santa on Christmas Eve to fulfill his nefarious yuletide plans.

Introduced to us with the tagline ‘It doesn’t matter if you’re naughty or nice,’ Bad Santa was both a critical and commercial success. 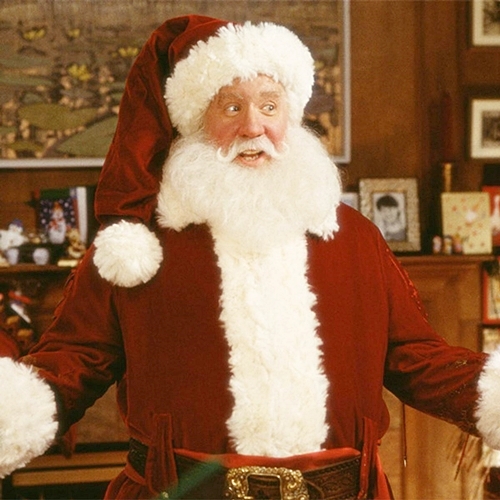 The original The Santa Clause is always a firm family favourite as Christmas approaches, largely thanks to Allen’s performance as a divorced dad who is forced to don the red suit after accidentally killing the real Santa. 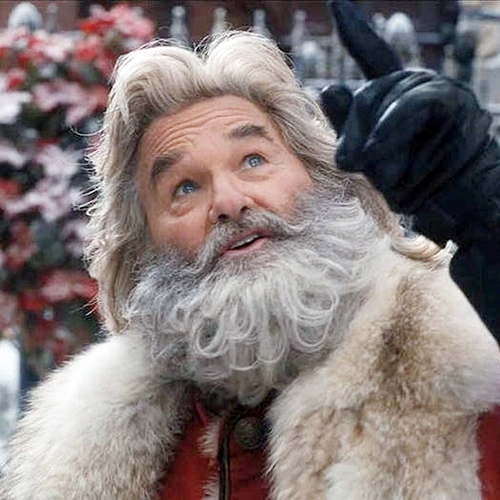 At number three we see the most recent film in our list, with The Christmas Chronicles 2 only having hit Netflix in the past few years.

Kurt Russell’s performance as St. Nicholas is very quickly becoming one of the most popular of all time, helped by the fact that Russell’s real-life spouse Goldie Hawn cameos as Mrs. Claus. 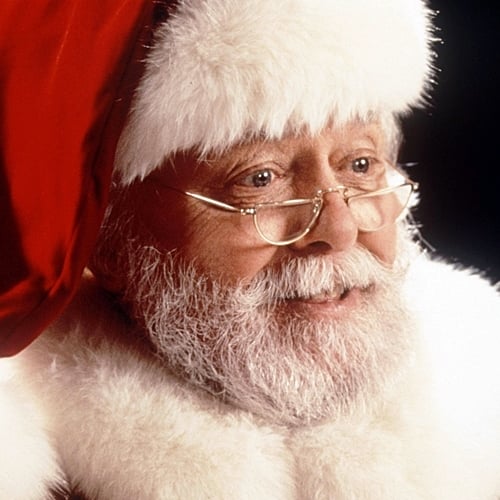 There’s an argument as to which out of the original 1947 version of Miracle on 34th Street and its 1994 remake is the better film, but our poll reveals that it’s the late Richard Attenborough’s 1994 turn as Kris Kringle, who may or may not be Santa Claus himself, that is the most popular performance of the two.

The 1994 version of Miracle on 34th Street also starred Mara Wilson, who quit acting completely after a string of Hollywood successes in films like Matilda and Mrs Doubtfire. 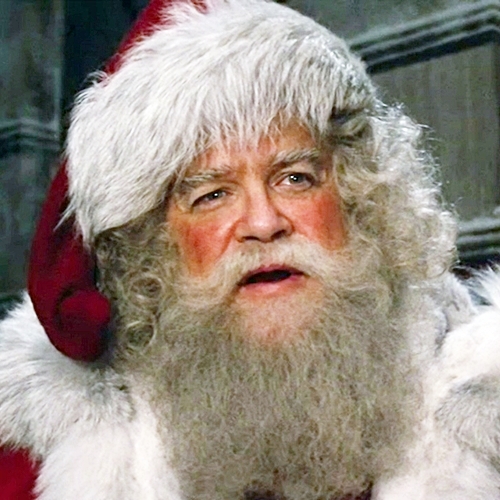 We’re in complete agreement with the movie Santa Claus you voted as the greatest of all time, because despite receiving a number of snotty reviews when it was released in 1985, Santa Claus: The Movie is the festive family film that we always enjoy watching above all others as December 25th approaches.

It may have been a financial and critical failure on release, but in our eyes Santa Claus: The Movie is an unadulterated treat that features a wonderfully warm performance by the late David Huddleston in the title role.