Britain has been the home of many legendary sitcoms over the decades, and we all have our own particular favourite. But whether you prefer Blackadder, Alan Partridge, Fawlty Towers or Father Ted it really doesn’t matter, because we have all been made to laugh hundreds of times by the impressive comedy talent that has lived on these shores.

So with that in mind, who on earth could we hire to compile a list of the greatest British sitcom one-liners of all time? Why, British comedians of course! And that’s exactly what the TV channel Gold did, surveying one hundred British comedians to come up with the definitive list that you see below. 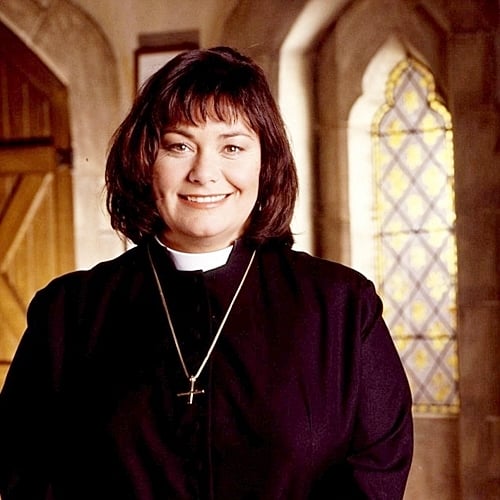 “You were expecting a bloke: beard, Bible and bad breath. Instead you’ve got a babe with a bob cut and a magnificent bosom.”

The top ten begins with a classic line from the very first episode of The Vicar of Dibley, as Dibley’s new vicar Geraldine Granger introduces herself to the church parish. Is it funny? We say “no, no, no, no, no, no, no, YES!” 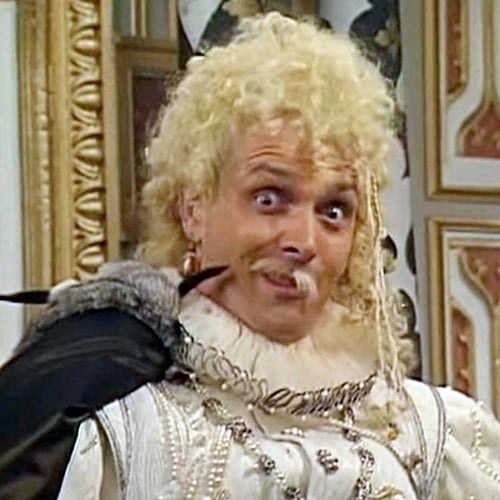 We’re sure there were a number of one-liners that the one hundred British comedians could have chosen from Blackadder, but they went for one uttered by the late Rik Mayall’s hilarious Lord Flashheart. 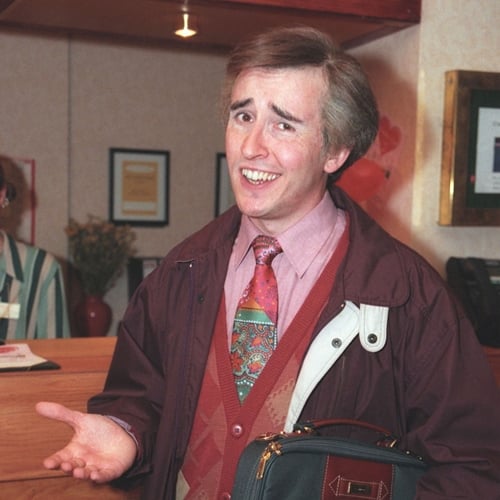 “They’re only the band The Beatles could have been.”

The only sitcom to appear twice on this list is I’m Alan Partridge, and the first one-liner has Steve Coogan’s Patridge explaining to hotel staffer Ben about Paul McCartney’s band Wings, one of his favourite music acts of all time. 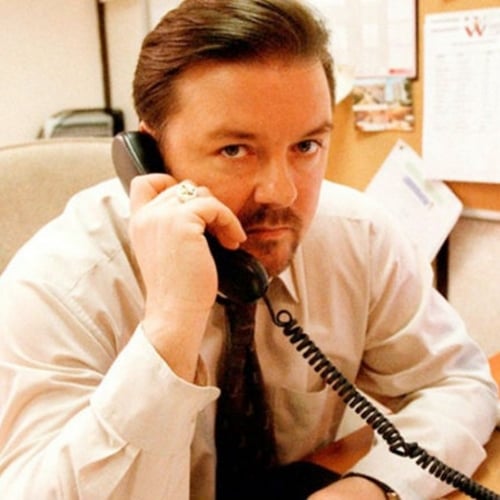 “I suppose I’ve created an atmosphere where I’m a friend first and a boss second. Probably an entertainer third.”

It’s a slightly more modern sitcom that rightfully deserves its place up there with the very best British comedy has had to offer, and the greatest line from The Office was voted as this one, when David Brent reveals the relaxed relationship he has with his employees. 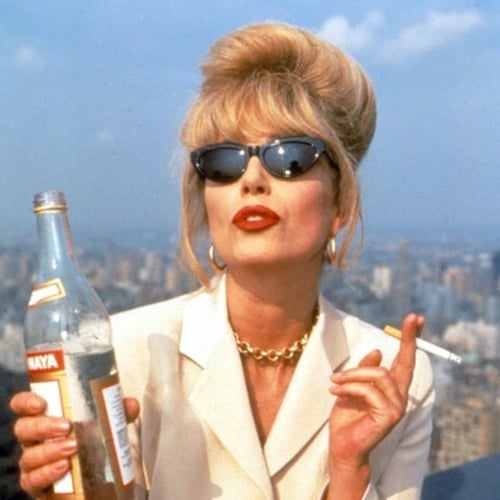 “One more face-lift on this one and she’ll have a beard.”

Personally we would have gone for June Whitfield responding “just the one dear?” in response to Eddie’s claim that “inside of me is a thin person just screaming to get out,” but Patsy’s comment about a celebrity in a magazine was judged to be the greatest Absolutely Fabulous one-liner. 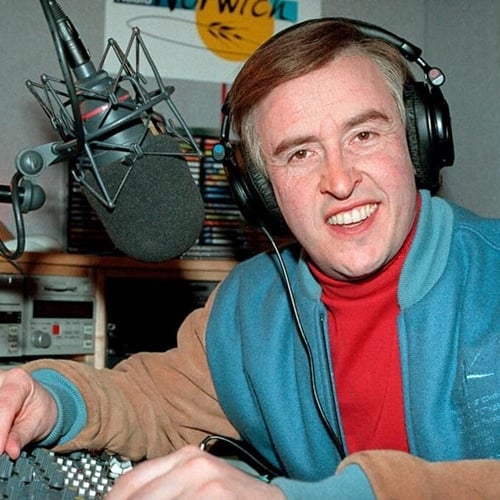 Alan Partridge returns, pitching one last idea to the BBC’s Commissioning Editor after his other efforts – which included Arm Wrestling with Chas and Dave, Inner City Sumo and Yachting Mishaps – failed miserably. 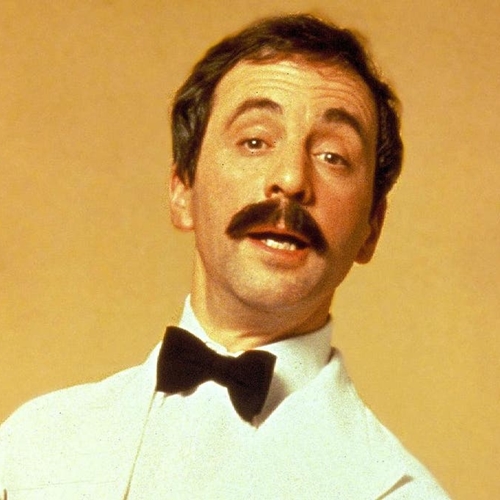 There were likely a hundred moments from Fawlty Towers to choose from, but the vote went to Manuel the waiter’s classic response to being asked if he placed a winning bet on the horses. 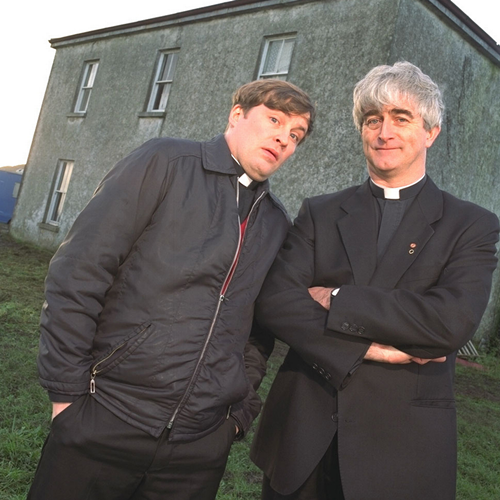 “These [toy cows] are small. But those [real cows] out there are far away. [Points to toy cow] Small. [points to real cow] far away.”

Ted explaining to Dougal how perspective works was one of the funniest moments from the brilliant Father Ted, so we’re not at all surprised to see it feature so highly in this list of the greatest sitcom one-liners. 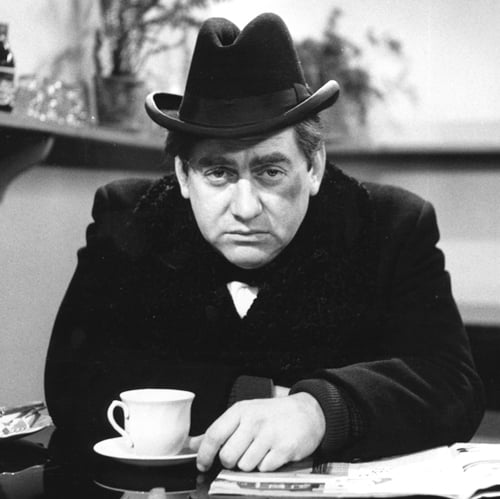 “A pint? Why that’s very nearly an armful!”

Starting out as a BBC radio comedy in 1954 before later transferring to television in 1961, Hancock’s Half Hour ran for 63 episodes, so to choose one line from such an impressively hilarious collection must have been quite a task. In the end, Tony’s response to donating blood was the line that was chosen, and we’d be hard-pressed to disagree. 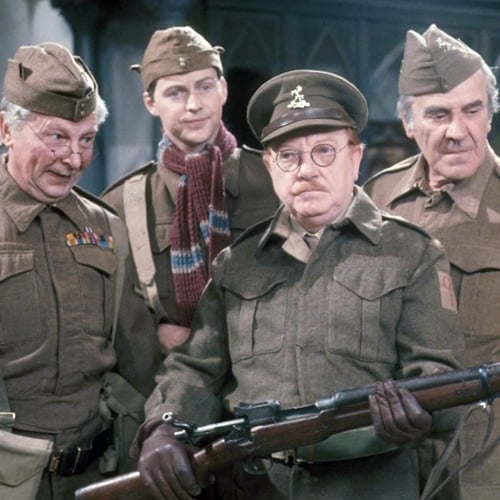 You may not be too surprised to learn that the number one greatest British sitcom one-liner was deemed to be the classic moment from Dad’s Army when Captain Mainwaring tells Pike not to reveal his name to a German prisoner.