Everybody loves a good celebrity feud. The public war of wards, insults flying left, right and centre – it reminds us that even A-list superstars can act like petty schoolchildren from time to time. But the entertainment industry has seen some seriously epic feuds emerge over the years, with former friends turning on one another or co-stars dissing each other in the press.

In the article below, we’ve brought you ten of the biggest celebrity feuds of all time. Find out which actress labelled Will Smith an ‘immature asshole’, plus we reveal which current head of state repeatedly called someone a ‘fat loser’ in public. 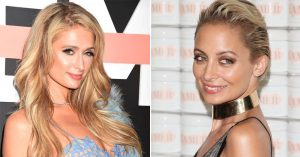 These former childhood BFFs saw their friendship fall apart after appearing on The Simple Life (one of TV’s earliest reality programmes) back in 2003.

Hilton struck the first blow with a public announcement in 2005 confirming that the former friends were no longer in contact. “It’s no big secret that Nicole and I are no longer friends. Nicole knows what she did and that’s all I’m ever going to say about it.” 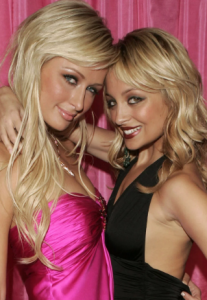 Oooh! But what exactly did Nicole get up to? Apparently she was insanely jealous of Hilton’s profile in the media and felt as though she was being left out – Hilton’s solo appearance on SNL in early 2005 was the final straw. Richie hosted a party to celebrate the opportunity, but followed it up with a screening of Hilton’s 2003 sex tape. Ouch!

Eventually they managed to work things out, and even filmed another series of The Simple Life together. 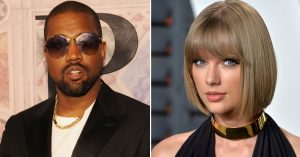 Kanye has feuds running with a few of his fellow celebrities, as does his arch-enemy Taylor Swift. But these two really just can’t seem to work things out. It all started with Kanye’s cringe-worthy interruption of Taylor’s acceptance speech at the VMAs in 2009 (“Imma let you finish…”). Why Kanye?!

They had nearly made friends in 2015, with the rapper even claiming that he was going to record some music with Swift:

“She wants to get in the studio and we’re definitely going to go in,” West told Ryan Seacrest.

“I don’t have an elitism about music, I don’t discriminate.” 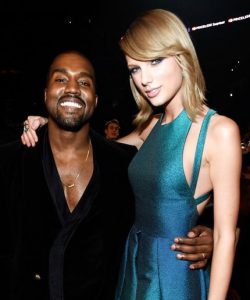 Things turned sour again in 2016 when Kanye released a track called ‘Famous’ and included a line about Taylor: “I feel like me and Taylor might still have sex / Why? I made that b—h famous.”

Taylor publicly denounced the lyrics but Kanye’s wife Kim Kardashian came to the rescue. The reality star posted several videos on social media showing that Swift and West had discussed the song and that Swift had approved the lyrics. 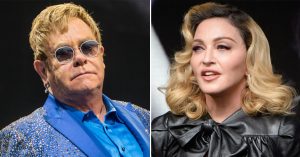 This one is particularly vicious!

Elton John doesn’t mince his words and has attacked the Queen of Pop a number of times over the years. He accepted the 2004 Q Award for classic songwriter, but decided to have a go at Madonna instead:

“Madonna, best live act? F— off. Since when has lip-syncing been live? Sorry about that, but I think everyone who lip-syncs on stage in public when you pay like 75 quid to see them should be shot.”

“Thank you very much. That’s me off her Christmas card list, but do I give a toss? No.” 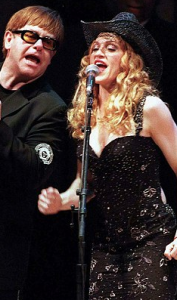 He also once told an Australian TV programme: “Her tour is a disaster and it couldn’t happen to a bigger c—.” Yikes! He also added that “she looks like a f—ing fairground stripper.”

Surprisingly, Madge has never really bitten back in quite the same way, despite being known for her tendency to say without thinking. Plus Elton recently announced that they’ve buried the hatchet…for now. 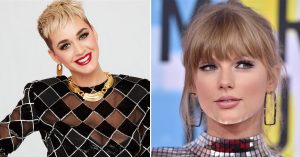 Taylor’s second appearance on the list. Coincidence? We think not…

These two really cannot stand each other. They were originally best friends in the late 2000s but things turned sour very, very quickly. A row broke out between the former friends concerning some back-up dancers that both Perry and Swift wanted to use on their respective tours.

“She basically tried to sabotage an entire arena tour. She tried to hire a bunch of people out from under me. And I’m surprisingly non-confrontational — you would not believe how much I hate conflict.

So now, I have to avoid her. It’s awkward, and I don’t like it.” Swift told Rolling Stone. 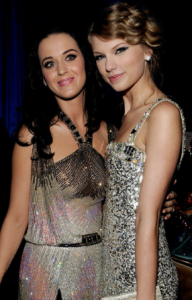 Swift then took a blatant swipe at her pop star frenemy with the release of ‘Bad Blood’ in 2014.

Perry tried to take the high road in response, telling Entertainment Weekly that “when women come together and they decide to unite, this world is going to be a better place.”

Then she took her own stab at Taylor with the song ‘Swish, Swish’. The drama continues. 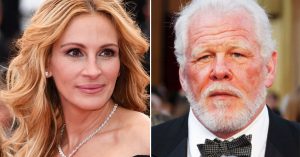 Julia Roberts and Nick Nolte reportedly couldn’t stand each other from day one. They had to work together on the 1994 film I Love Trouble but hated each other so much that the director had to use stand-ins for their romantic scenes. Eek!

A journalist for the LA Times later reported: “Roberts reportedly wasn’t thrilled with Nolte’s machismo, so she would deride and insult her co-star. Some on the set claim that he became so annoyed with her attitude that he would do things to agitate her even more. The discord was so intense, the sources say, the two played more to stand-ins than to each other.”

Roberts didn’t bother to deny the reports. After the film’s release, she did an interview with the New York Times and confirmed her dislike for Nolte. 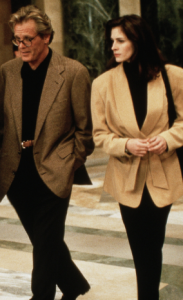 “From the moment I met him we sort of gave each other a hard time, and naturally we get on each other’s nerves,” she said.

She also said that whilst he can be “completely charming and very nice, he’s also completely disgusting. He’s going to hate me for saying this, but he seems to go out of his way to repel people. He’s a kick.”

Nolte responded with a zinger of his own: “It’s not nice to call someone ‘disgusting.’ But she’s not a nice person. Everyone knows that.” 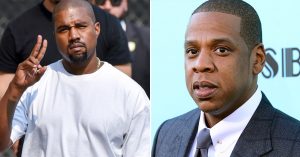 One of the rap world’s biggest feuds is still on-going – yep, the hatred between Kanye West and former collaborator Jay-Z is strong.

West has been credited with rejuvenating Jay-Z’s career after writing and producing over 10 songs for Jay’s highly-acclaimed album The Blueprint back in the year 2000. Jay-Z then signed Kanye as a rapper and in 2011 they released the ‘Watch the Throne’ album together.

But things have taken a downturn since 2016. West publicly denounced his old mentor for ignoring him – relations had grown distant after West married reality star Kim Kardashian. On his Saint Pablo tour, West ranted about Jay for several minutes: 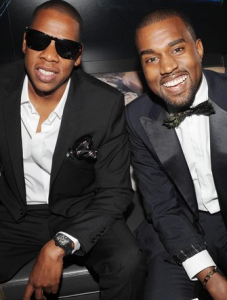 Yeezy also claimed that West hadn’t called to check on Kim after she was held up at gunpoint and even complained that their kids hadn’t had a playdate together. 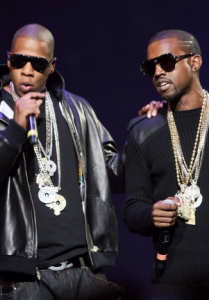 Jay later admitted that they had a complicated relationship:

“Kanye came into this business on my label. So I’ve always been like his big brother. And we’re both entertainers. It’s always been like a little underlying competition with your big brother,” he said. “And we both love and respect each other’s art, too…But it’s gonna, we gonna always be good.”

We hope they find a way to resolve things soon! 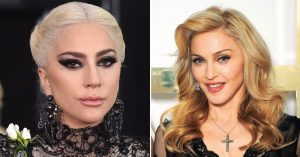 Who’s the real Queen of Pop today then? These two have been slagging each other off in the press for years now and it doesn’t look as though things are going to quieten down any time soon.

Gaga released the popular hit ‘Born This Way’ in 2011, but fans of the singer pointed out on social media that it sounded rather like Madonna’s ‘Express Yourself’, which was another pop anthem that encouraged self-love. Hmmmmm.

Gaga addressed the controversy herself in an interview with NME. She said that the only similarity was “the chord progression. The same one that’s been in disco music for the last 50 years. I am not stupid enough to put a record out and be that moronic. Why would I try to put a song out and think I’m getting one over on everybody? That’s retarded.” 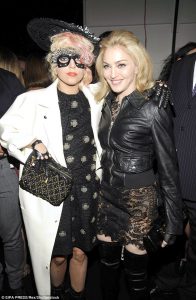 Madonna fired back in a 2012 interview and called Gaga ‘reductive’. Ouch. “I certainly think she references me a lot in her work. And sometimes I think it’s amusing and flattering and well done. When I heard [“Born This Way”] on the radio . . . I said, ‘That sounds very familiar.'”

After that it was hard to get Madge to talk about anything else, and she subsequently dissed the singer’s track several times in interviews. Madonna also performed a mash-up of the two songs and included a brief sample of her song ‘She’s Not Me’.

Since then the verbal sparring has continued relentlessly – so who will come out on top?!

3. Will Smith vs. Janet Hubert 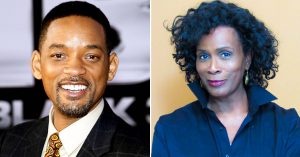 Things got very messy on the set of The Fresh Prince of Bel Air.

How do we know? Because Will Smith and Janet Hubert can’t seem to stop publicly dissing one another.

Hubert famously played Aunt Vivienne on the hit 90s show before being replaced for the final three seasons, much to the disappointment of fans.

Hubert has since pointed the finger firmly at Will for causing her departure from the series.

When asked if she’d ever work with the actor again, Hubert responded she’d “never do anything with an a***ole like Will Smith.” Fighting talk! 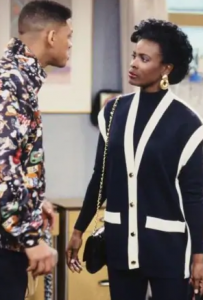 Smith got his own back a few years later though. He publicly slated the actress on an Atlanta radio show, claiming that “Janet Hubert wanted the show to be ‘The Aunt Viv of Bel Air’ Show.”

Rumours of a reunion recently surfaced but Hubert said she wanted nothing to do with Smith or any of the other cast members.

She claimed that Smith “is still an egomaniac and has not grown up.” 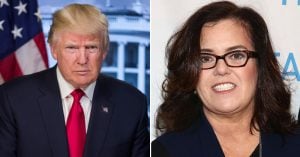 Donald Trump seems to have feuds going with a number of different public figures, from ex-porn stars to heads of state. But it’s Rosie O’Donnell who really holds a special place in his heart when it comes to epic Twitter rants…

Things kicked off back in 2006 when Trump was still just a failed businessman and host of The Apprentice USA.

After controversy surrounding the Miss USA beauty pageant, in which the President allowed Tara Conner to retain her crown as long as she went to rehab, Rosie decided to stoke the fire. 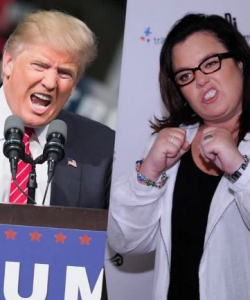 She came out all guns blazing and referred to Trump as a “snake-oil salesman”. Trump quickly got his revenge in an interview with People magazine: “Rosie’s a loser. A real loser. I look forward to taking lots of money from my nice fat little Rosie.”

Since then the pair have been arguing constantly on social media – O’Donnell regularly criticises Trump’s presidency whilst Mr. President himself dissed O’Donnell’s new series on the OWN network. 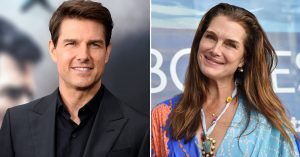 Tom Cruise has let Scientology take over his life and back in 2005, it was Brooke Shields’ turn to bear the brunt of Cruise’s ardent devotion to the ‘religion’.

During an interview with MSNBC, the actor was discussing Shields and her public admission that she had suffered from post-natal depression. Shields had also admitted that she had taken medication to help her cope with the illness whilst caring for her baby.

Dr. Cruise suddenly pulled out his medical degree and described psychiatry as a joke, before ranting about how misinformed Shields was and that it was irresponsible for her to take medication in order to deal with her depression.

Shields was understandably shocked by the outburst and responded in a New York Times piece. She stated that “comments like those made by Tom Cruise are a disservice to mothers everywhere.”

Cruise later apologised to the actress by visiting her house with a basket full of baby items.

Did you know about all of these epic celebrity feuds? Let us know in the comments section below!