Tom Hardy is one of the most beloved film actors of his generation, admired far and wide for his skills, charisma and (not for nothing) good looks. The hunky leading man is known for playing brooding, often violent characters, but it was a real-life violent incident that left Hardy with a minor yet fairly prominent deformity.

Watch Hardy closely and you’ll see that the pinky finger on his right hand is permanently curled inwards, the result of a mishap involving a kitchen knife as a young man. The injury, which severed a tendon and left Hardy physically unable to straighten the little finger out, is but one of a number of minor mishaps he has suffered over the years. 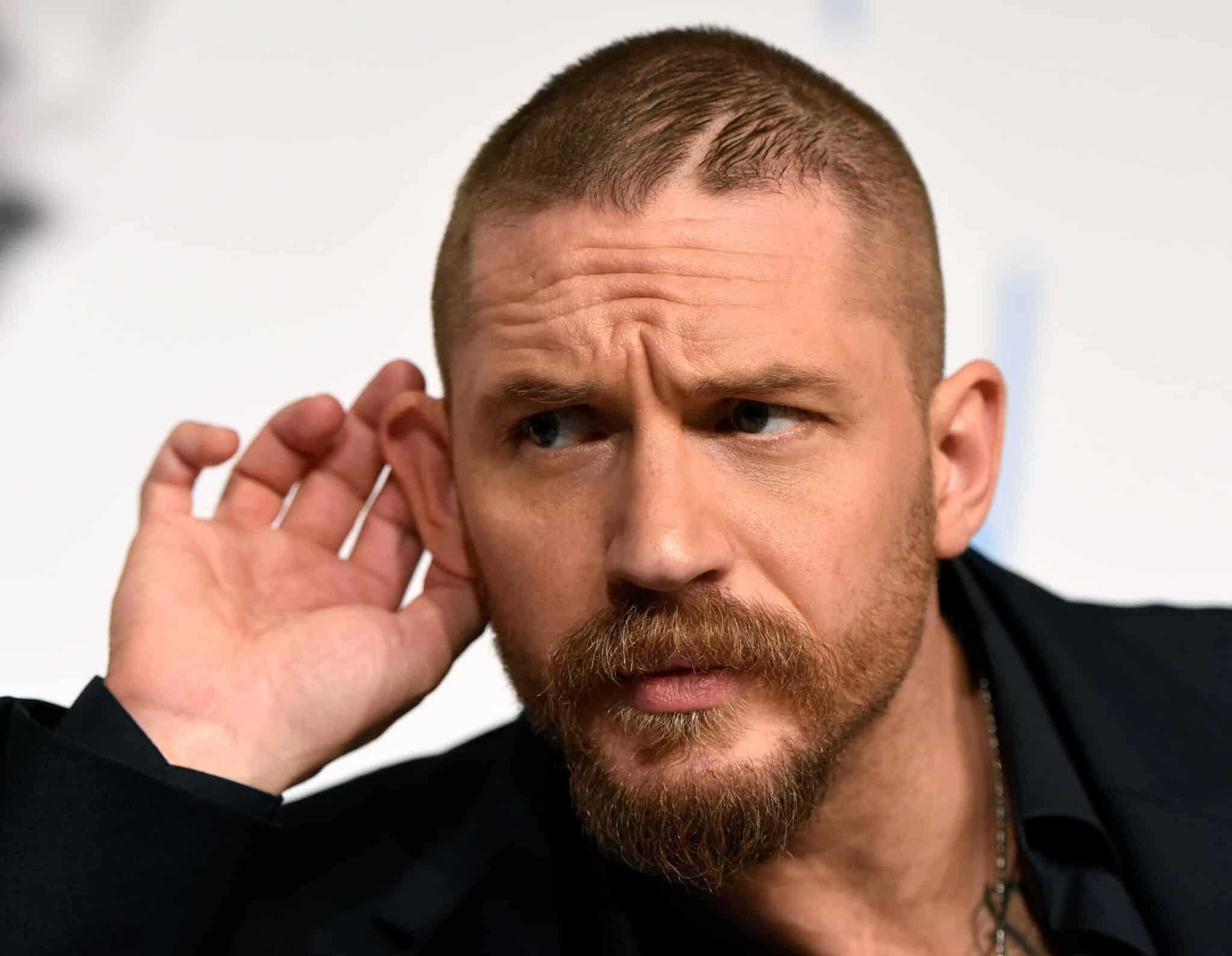 Born Edward Thomas Hardy in Hammersmith, London, the future Venom and Mad Max: Fury Road actor was an only child and had a comfortable suburban upbringing. Even so, the young Hardy was always something of a tearaway.

As he told Esquire in 2018, “If you took me as my academic self, I was an epic f***ing failure.” Educated at a series of private schools, Hardy felt like a fish out of water, and he responded the way so many youngsters do: by deliberately misbehaving. By his teens, Hardy had, he told The Observer in 2007, “the instinctive feral desire to f*** everything up”.

“’Tom, don’t put your hand in the fire, it’s hot.’ ‘Owwww!’ I’m the kid that did that”, Hardy explained further to Esquire. “Like my little finger – I don’t have a little finger… Don’t play with knives. Don’t do that. Why? Because I’m a f***ing walking road map of mistakes.” 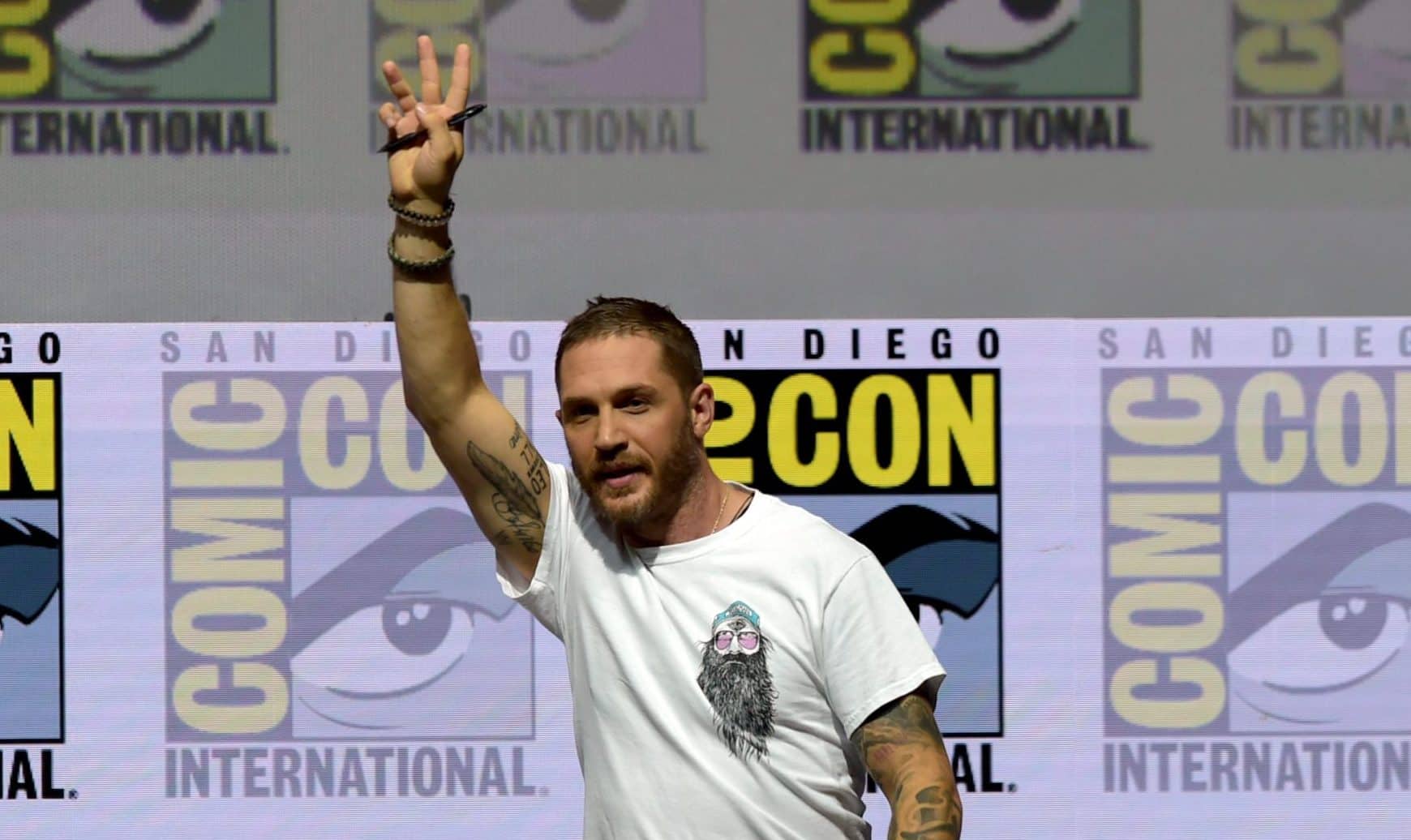 Hardy is exaggerating when he says he literally doesn’t have a little finger, but the digit is indeed irreparably damaged. It’s understood that in his youth Hardy was messing around with a kitchen knife and wound up accidentally severing a tendon in the little finger in his right hand. As a result, the pinky is now permanently bent.

Hardy hasn’t said when exactly the injury occurred (though he clearly still had use of his right pinky when he took part in Big Breakfast’s Find Me a Model competition in 1998, aged 20), but the curled finger has been apparent since Hardy got his big break playing a Star Trek villain in 2002.

Hardy’s finger issue isn’t always too obvious on film, though it is fairly easy to spot during his scene opposite Ben Mendelsohn in The Dark Knight Rises, in which Hardy’s Bane menacingly places his hand over the face of Mendelsohn’s Daggett. 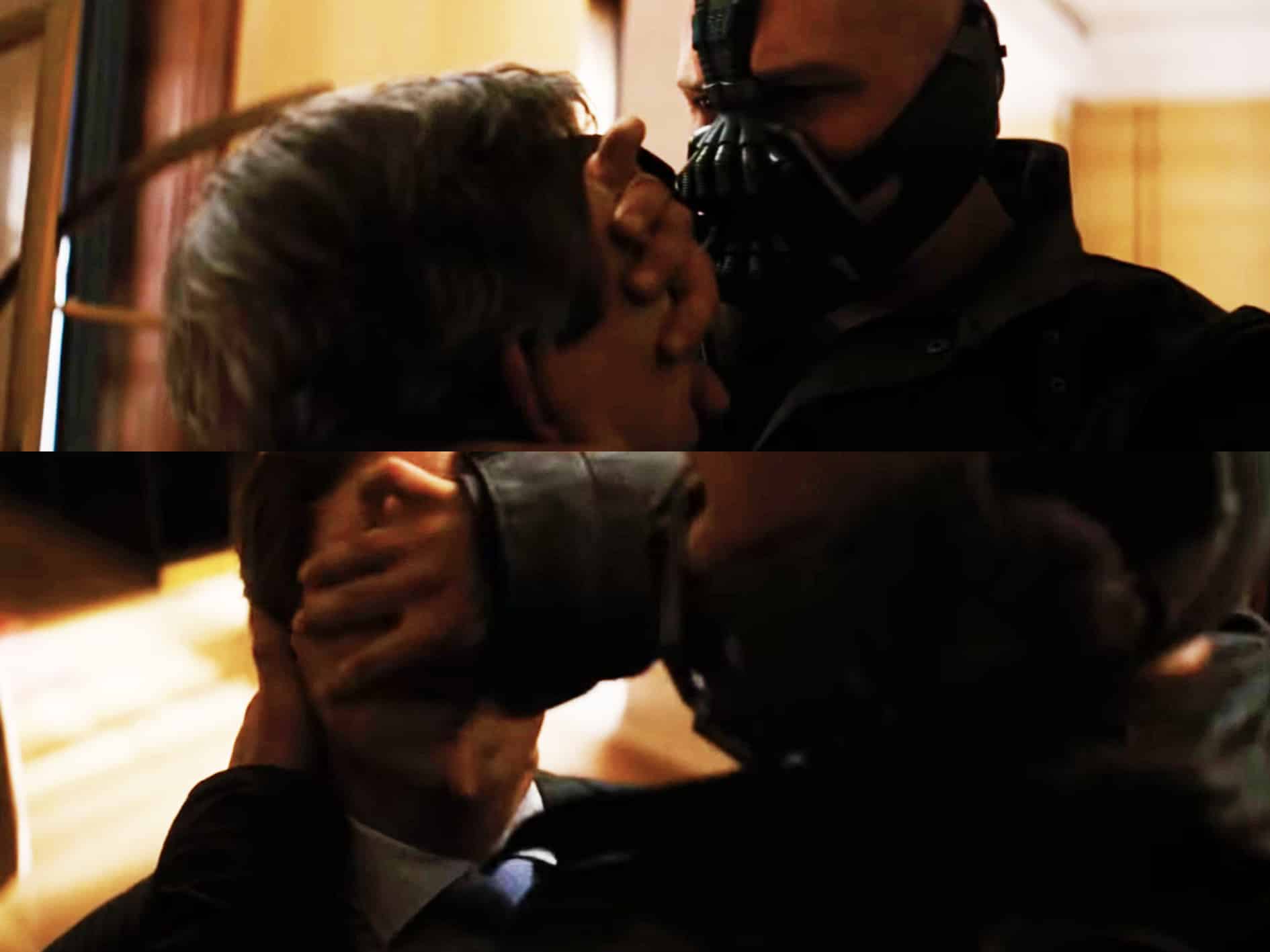 Hardy is by no means the only big name actor to have a minor deformity. Denzel Washington famously had a similar issue with his own pinky finger, which he has since had surgically fixed. Other actors have made efforts to conceal their own physical oddities, such as Martin Sheen, who has one arm shorter than the other.

By contrast, Hardy does not seem to have any concerns about his little quirk being noticed. Indeed, in recent years the actor has directly drawn attention to it with personalised T-shirts that prominently feature his hand print, complete with bent pinky finger. 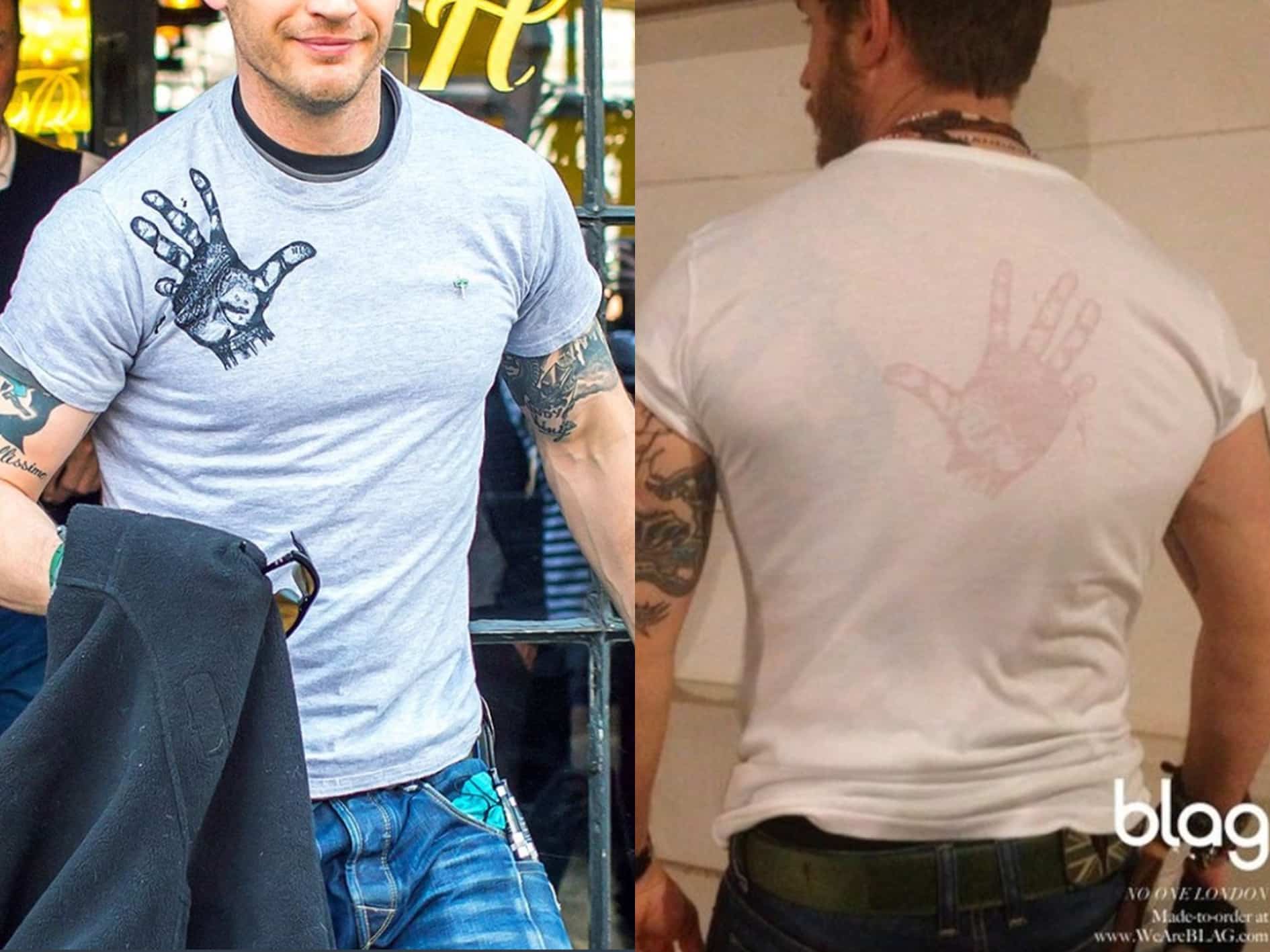 “I had antisocial behaviour and I was hurting”

While he can make light of the matter today, the finger injury happened in a violent, self-destructive period for Hardy. Given to “fights and scraps” as a kid, Hardy recalls being told in his mid-teens, “‘He’s minor psychotic, schizophrenic with psychopathic tendencies.’ That was a doctor’s opinion of me. Which was f***ing amazing. That’s a heavy f***ing label for a 15-year-old.”

Hardy now dismisses this assessment as “bulls***…I had antisocial behaviour and I was hurting, and maybe I acted out in front of the doctor to get a reaction.” In a 2006 interview, Hardy admitted to having indulged in “anything that was naughty” in his younger years: “drug abuse, drinking, violent behaviour robbery, carrying guns – all symptoms of self-hatred”. 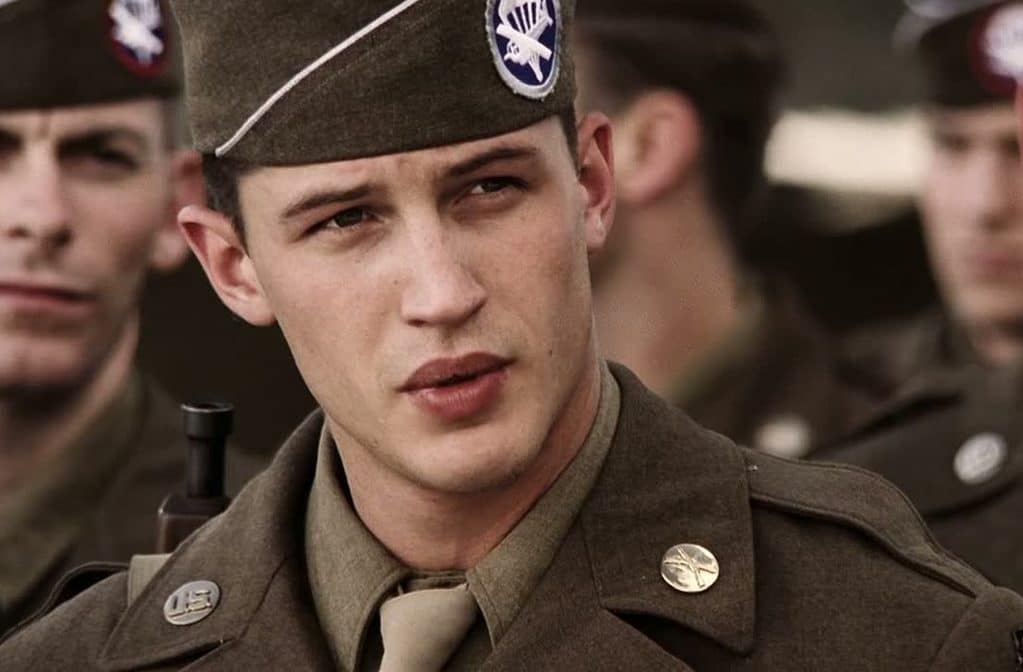 Happily, acting provided Hardy with an outlet. He began studying at drama school in his late teens, and was still studying when he landed his first role in acclaimed TV mini-series Band of Brothers. His early years as a professional actor were also troubled, as Hardy struggled with drugs and alcohol, but after he got sober 2008’s Bronson established Hardy as one of the best and boldest stars of his generation.

He’s incurred more than his share of injuries along the way, although most of these tend to be work-related now, given the actor’s tendency to take physically demanding roles. Playing a mixed martial artist in 2011’s Warrior took its toll: Hardy recalls, “my little toe got broken… I broke my ribs and I tore the ligament in my right hand.”

Hardy is also reported to have injured his foot whilst working on 2015’s Legend, in which he portrayed the dual roles of real-life British gangsters the Kray twins. He also admits to some minor injuries whilst taking the title role in Mad Max: Fury Road, but the actor insists this was “just some knocks and bumps and broken bits and bobs, nothing exciting.” 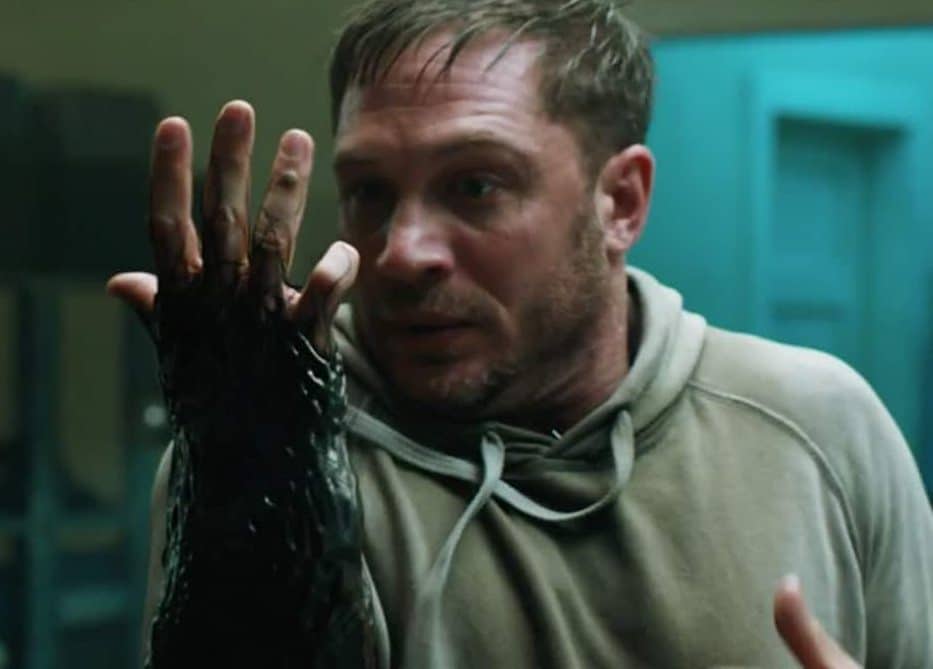 Hardy admits taking such physically challenging material can take its toll with age. “I think you pay the price with any drastic physical changes. It was alright when I was younger, to put myself under that kind of duress, but I think as you get into your 40s you have to be more mindful… To go from one extreme to another has a cost.

“I haven’t damaged my body, but I’m certainly a bit achier than I used to be! I kind of miss it. Compared to Christian Bale I’ve been by no means extreme in my body changes, but for what little I’ve done, yeah, I certainly have joints that click that probably shouldn’t click, you know what I mean? And I carrying my children is a little bit harder than it used to be – but don’t tell them!”