These Are The Shortest Actors In Hollywood

When you close your eyes and picture the ideal of the Hollywood leading man, you probably think six feet tall, with rippling muscles, great hair and irresistible chemistry with whoever they’re paired with on-screen. However, there are plenty of actors with a commanding presence on the big screen, a tendency to make audiences swoon with their looks or burst into uncontrollable laughter with their comedy, all while being nowhere near six foot. Here are Hollywood’s shortest men. 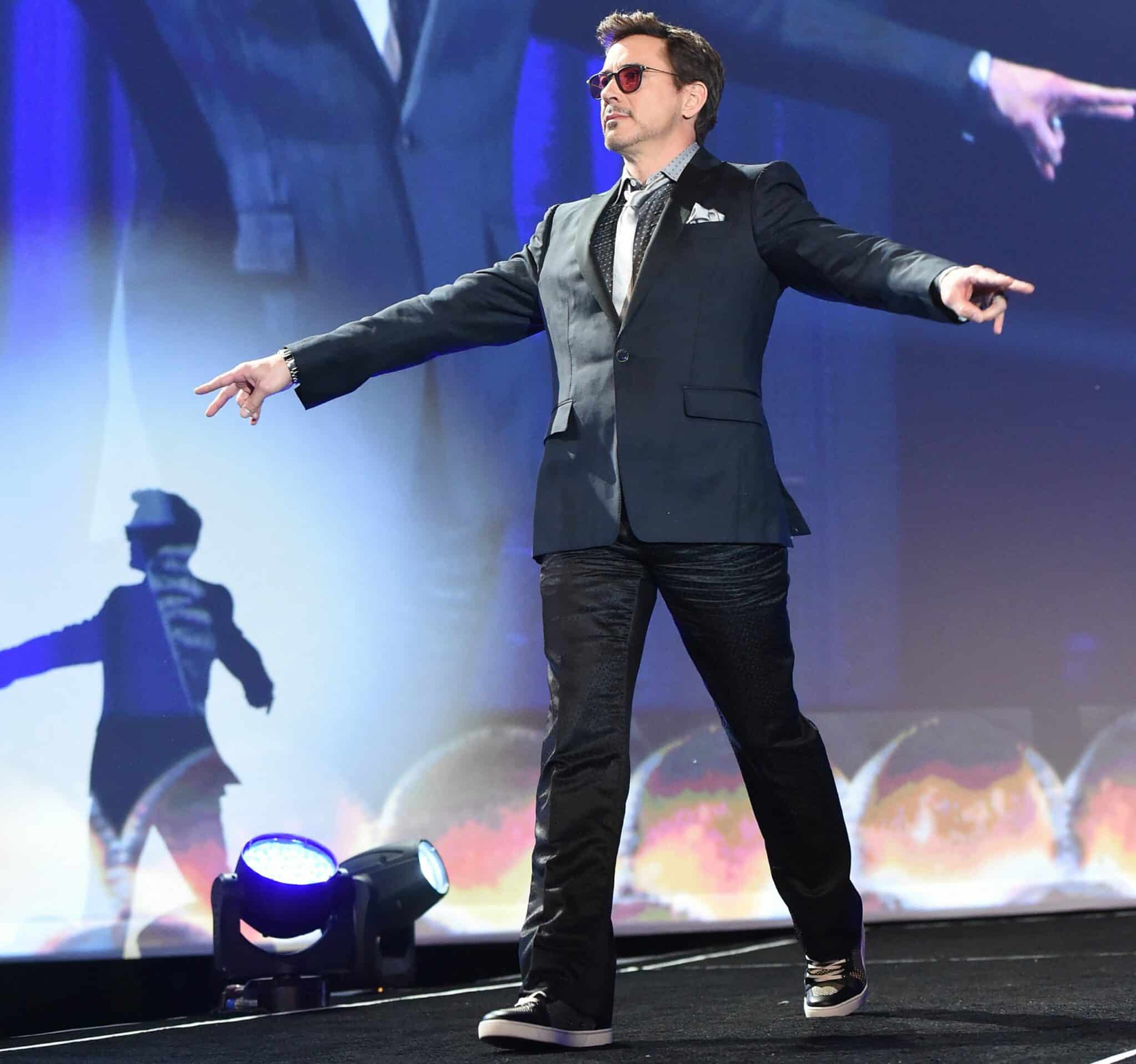 The average height for a man living in America is five feet and nine inches, or 1.75 meters. Given that he has acted opposite such leggy beauties as Gwenyth Paltrow and statuesque leading men like Jude Law without too much of a problem, it may shock you to know that original Hollywood bad boy Robert Downey Jr actually fails to measure up to this average.

As surprising as it may be, Downey Jr is actually just a scant five feet eight inches or 1.74 meters tall. The reason he often measures up to his taller co-stars on film and in person is simple: he has taken to wearing elevator shoes on the red carpet, and often is required to wear heels in shots where his feet aren’t visible for movies. This was particularly important for the Iron Man franchise, as Gwenyth Paltrow is a full inch taller than Downey Jr, resulting in some comical behind the scenes material of Downey Jr wearing platform boots to let Paltrow lean into his chest. 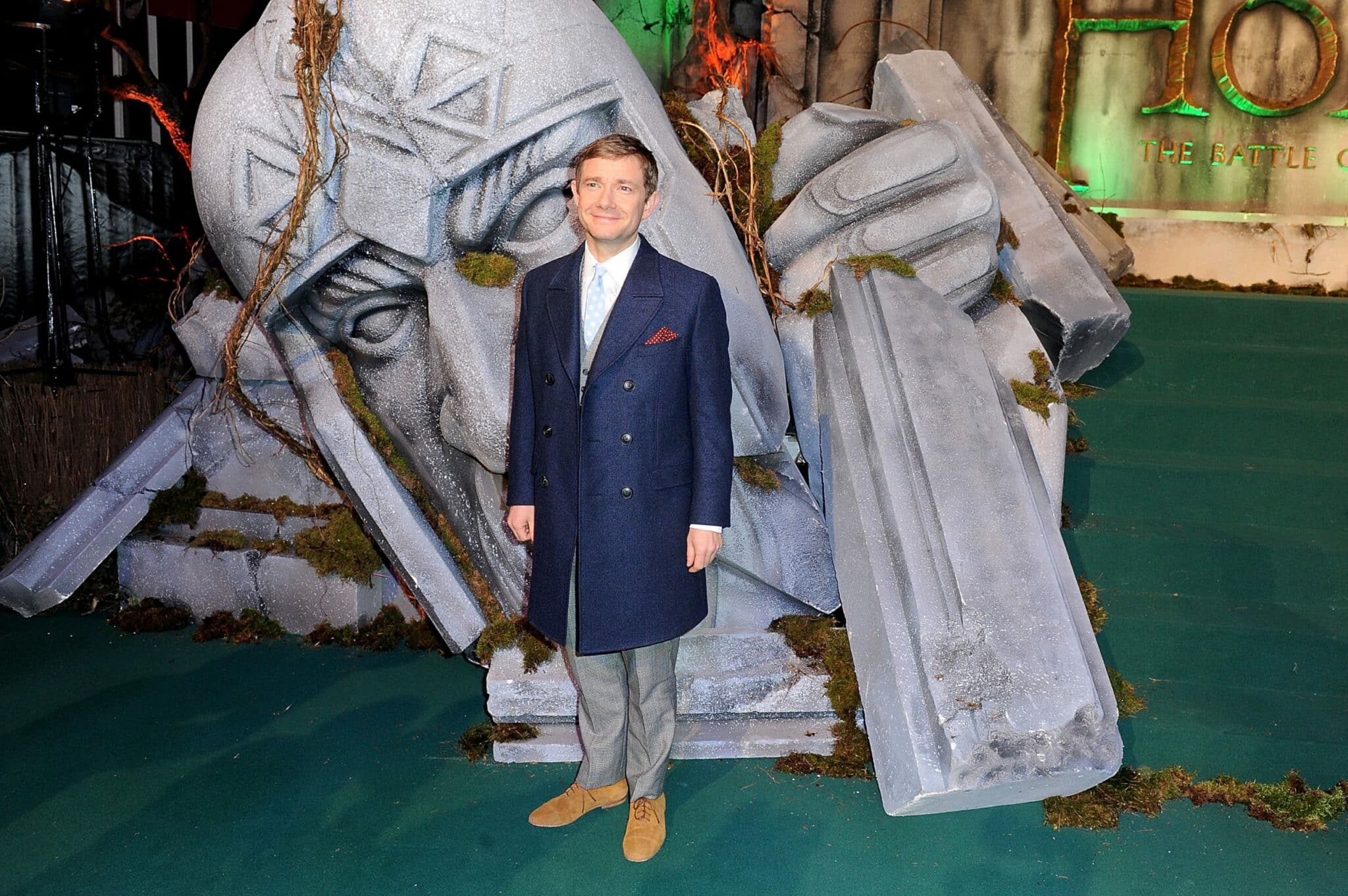 Across his decades-long career, Martin Freeman has played both the titular hobbit in The Hobbit and the diminutive John Watson to Benedict Cumberbatch’s towering Sherlock Holmes in Sherlock. He also exploited his shortness to play one half of Love Actually’s most innocent and adorable couple, opposite 1.58m Joanna Page.

Given that Freeman has played a member of a fantasy race that is most famous for its short stature and curly crop of hair, it shouldn’t come as much of a surprise that Freeman measures up at just 1.72m. His height is maybe one reason why he has sought out more offbeat and comedic roles, rather than taking the path of the traditional Hollywood leading man. 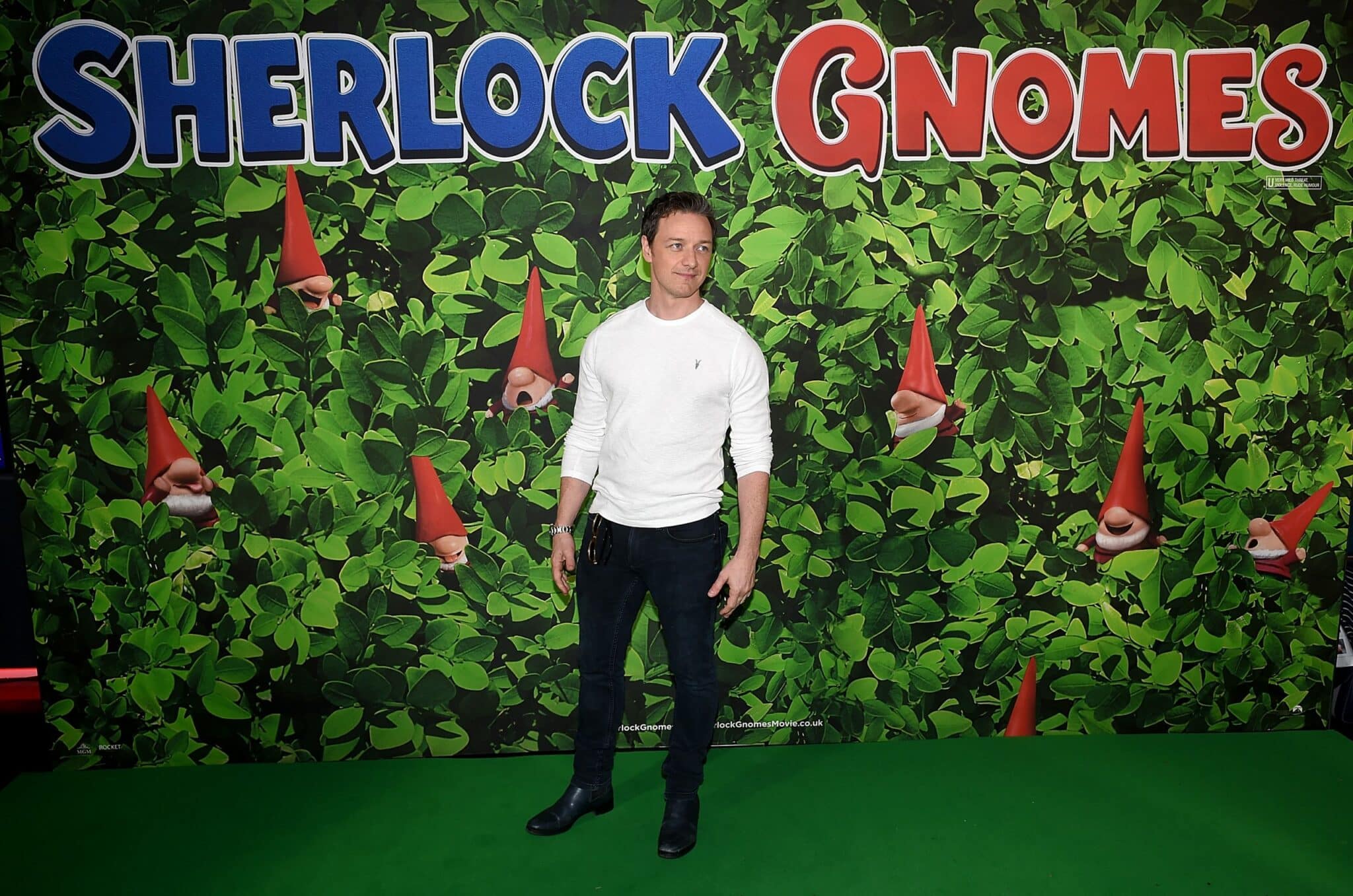 James McAvoy is one of Scotland’s sexiest men, as proven by the hundreds of thousands of admiring tweets that flooded Twitter when he appeared on The Great British Bake-Off last year. He’s also had his fair share of leading roles, from the titular Professor X in The X-Men movies to the one-man star vehicle that was Split. However, he has talked at length about his height working against him in Hollywood.

McAvoy is just 1.7m tall, a fact which he says has kept him from greater success. In an interview with the Telegraph, McAvoy went so far as to say: “As a shorter man, I sometimes get told I’m too short for a role. Or even when I get a role, I’m made to feel like, well, of course, we’re going to have to do something about that.” 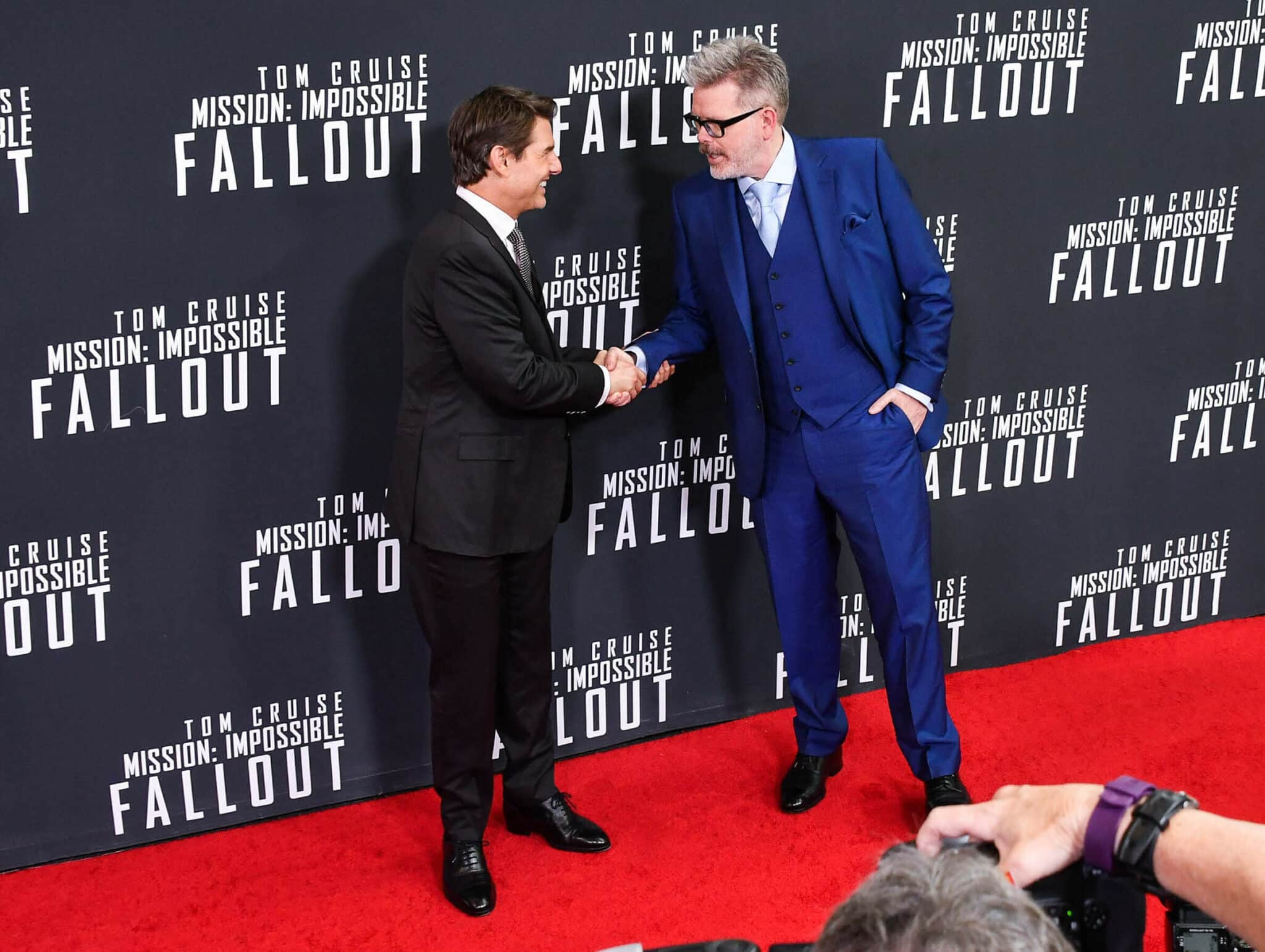 Tom Cruise is the epitome of the Hollywood leading man. He spent his early career playing handsome, motorcycle driving heartthrobs like Maverick in Top Gun, before becoming the star of two action franchises with Mission: Impossible and Jack Reacher. He has proven he can run faster than almost any other actor, is willing to climb, jump off or cling onto almost any landmark no matter how tall, and has great hair.

However, despite all that, he is still sensitive about some things, namely his height. When Cruise was asked to star in the Jack Reacher series, fans pointed out that at 1.7m, he was a whole ten inches shorter than the description of the character in the book. Not only that, but rumours abound that he has banned his girlfriends from wearing stilettos while out in public with him, with Nicole Kidman joking after breaking up with him that she could finally wear heels again. 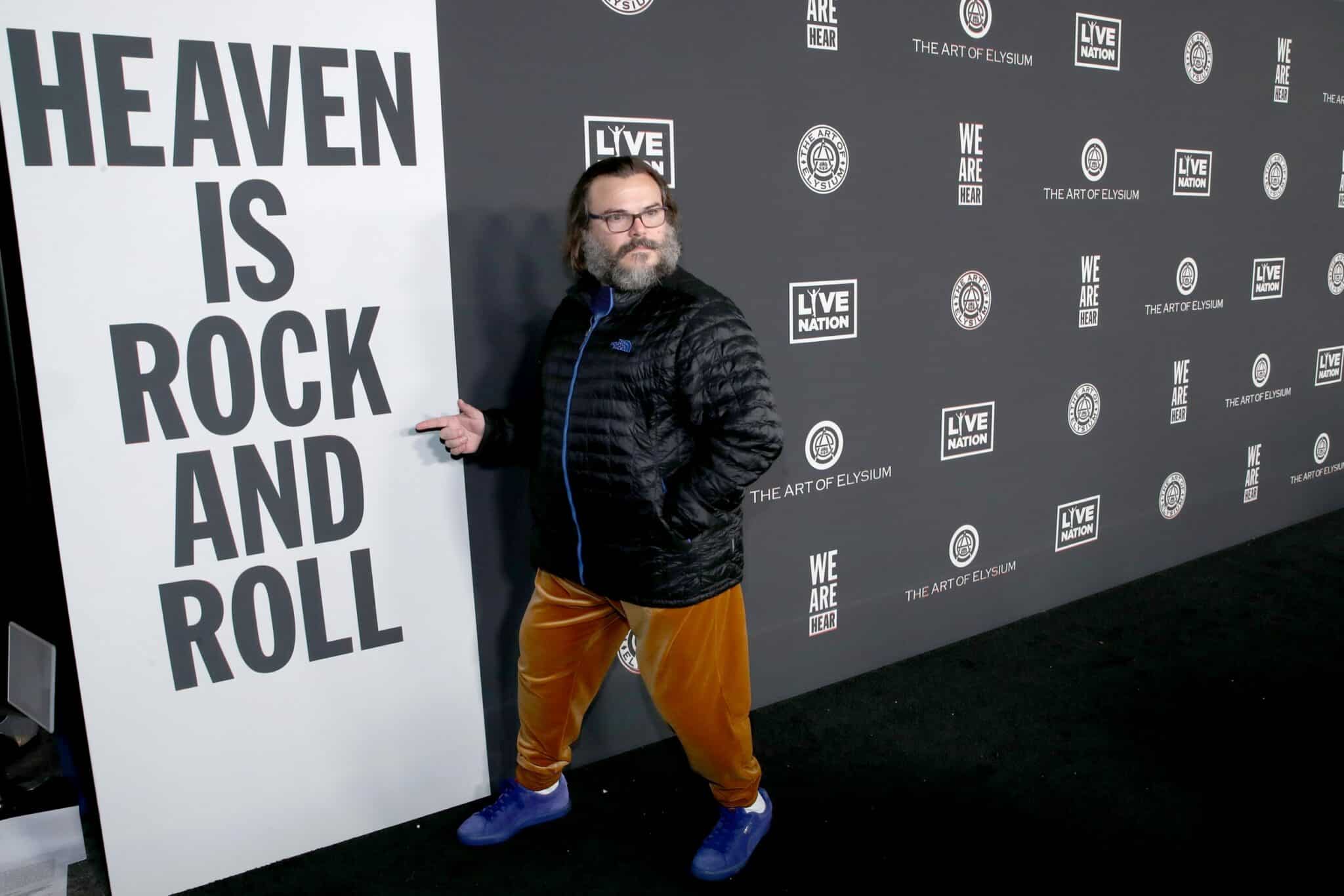 LOS ANGELES, CALIFORNIA – JANUARY 04: Jack Black attends The Art Of Elysium Presents WE ARE HEAR’S HEAVEN 2020 at Hollywood Palladium on January 04, 2020 in Los Angeles, California. (Photo by Randy Shropshire/Getty Images for The Art of Elysium)

Some celebrities are either defined by their height against their will, or choose to lean into their stature for the purposes of empowerment or comedy. However, despite being just 1.68m tall, Jack Black’s height has never really been an object of discussion. In fact, it usually takes a back seat to other elements of his physical appearance, such as the giant salt and pepper beard that he has taken to sporting ever since last year.

While Jack Black’s probably helped him to relate to the kids in School of Rock, since he didn’t have to patronisingly crouch down in order to speak to them, it also makes certain other film roles of his more ironic. In 2010, Black played Lemuel Gulliver in an adaptation of Gulliver’s Travels, in which he played an average-sized man captured by a community of tiny, one inch high people. 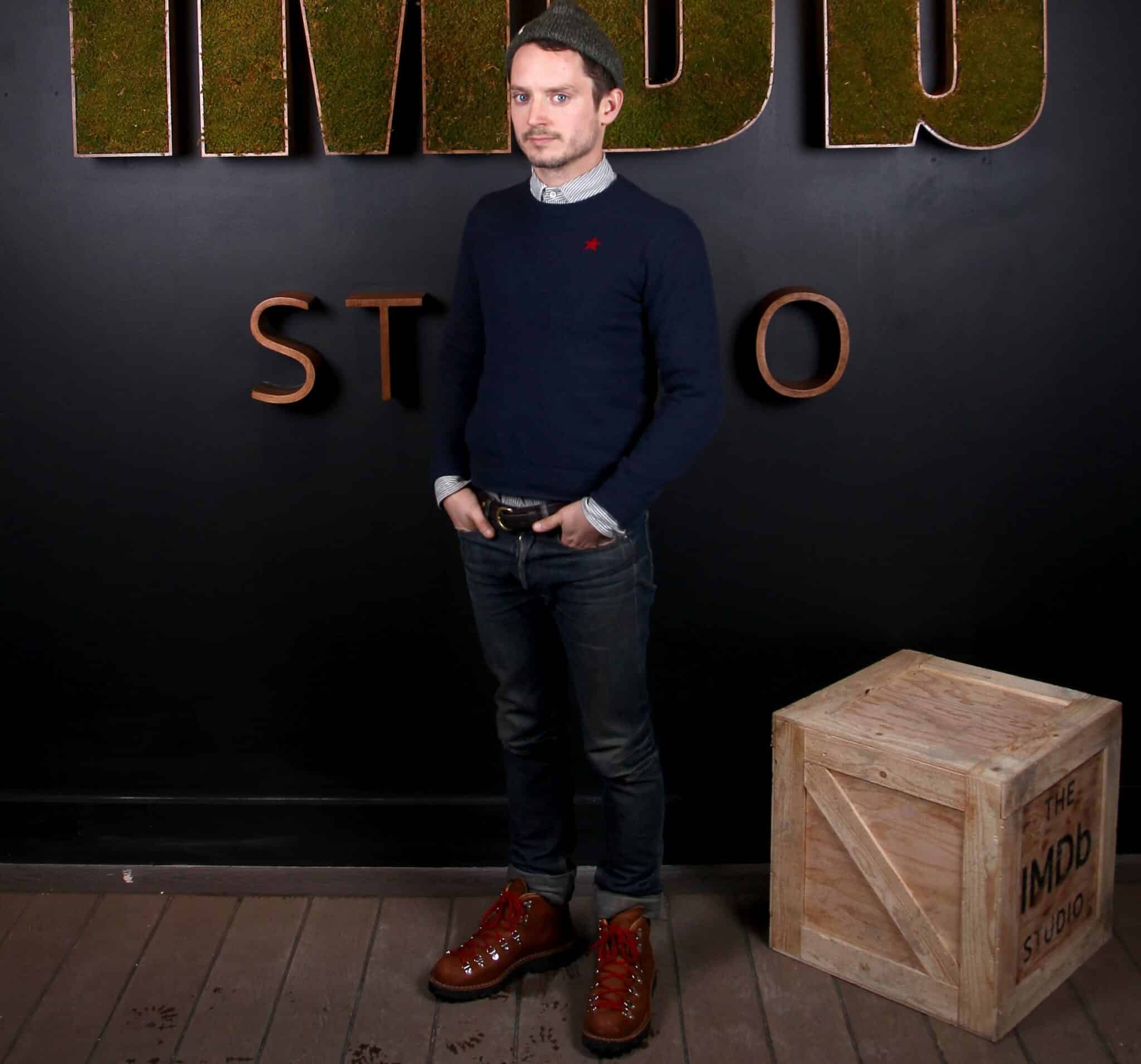 In a twist that isn’t actually that surprising when you think about it, Martin Freeman is not the only man to portray a hobbit that appears on this list. Elijah Wood is even shorter than Freeman, with a height of just 1.68m, and that allowed him to catch the attention of producers when he auditioned to play Frodo Baggins in Peter Jackson’s Lord of the Rings trilogy.

Though Wood’s small stature and boyish features eventually won him the starring role in one of the biggest movie franchises of all time, it also has caused him problems in the industry. Though Wood had a highly successful child acting and modelling career, he found the transition into the cruelty and constant scrutiny of the entertainment world proper difficult. Not only that, but he has been offered mostly offbeat roles like the serial killer in Maniac to work with, due to his unusual physicality. 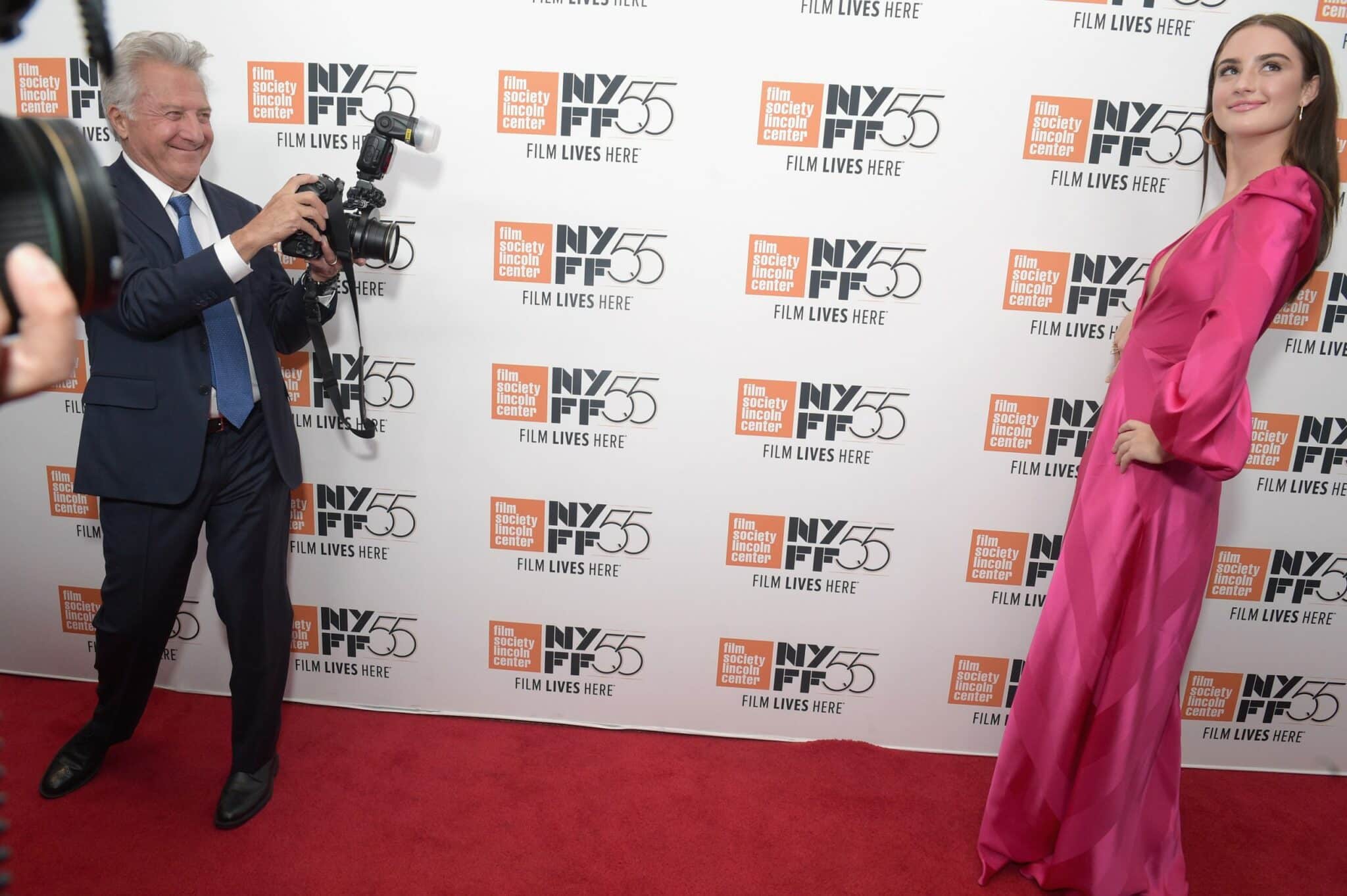 Dustin Hoffman has had a long and storied career. He has won two Academy Awards, with five more nominations under his belt, and has played everyone from the swashbuckling Captain Hook to the titular Ted Kramer in Kramer vs Kramer. He is a skilled classical piano player, has gained a reputation for bringing troubled antiheroes to life, and has even been nominated for a Tony Award thanks to his genius portrayal of Shylock in Shakespeare’s The Merchant of Venice.

All this, while being just 1.67m tall. Hoffman has attributed his success to a generous piece of casting on the part of Mike Nichols, who cast him in The Graduate when he was just 30 years old. Speaking about it, Hoffman said in an interview: Nichols chose to give this short, funny-looking Jewish guy the role usually reserved for a tall, handsome protestant.” 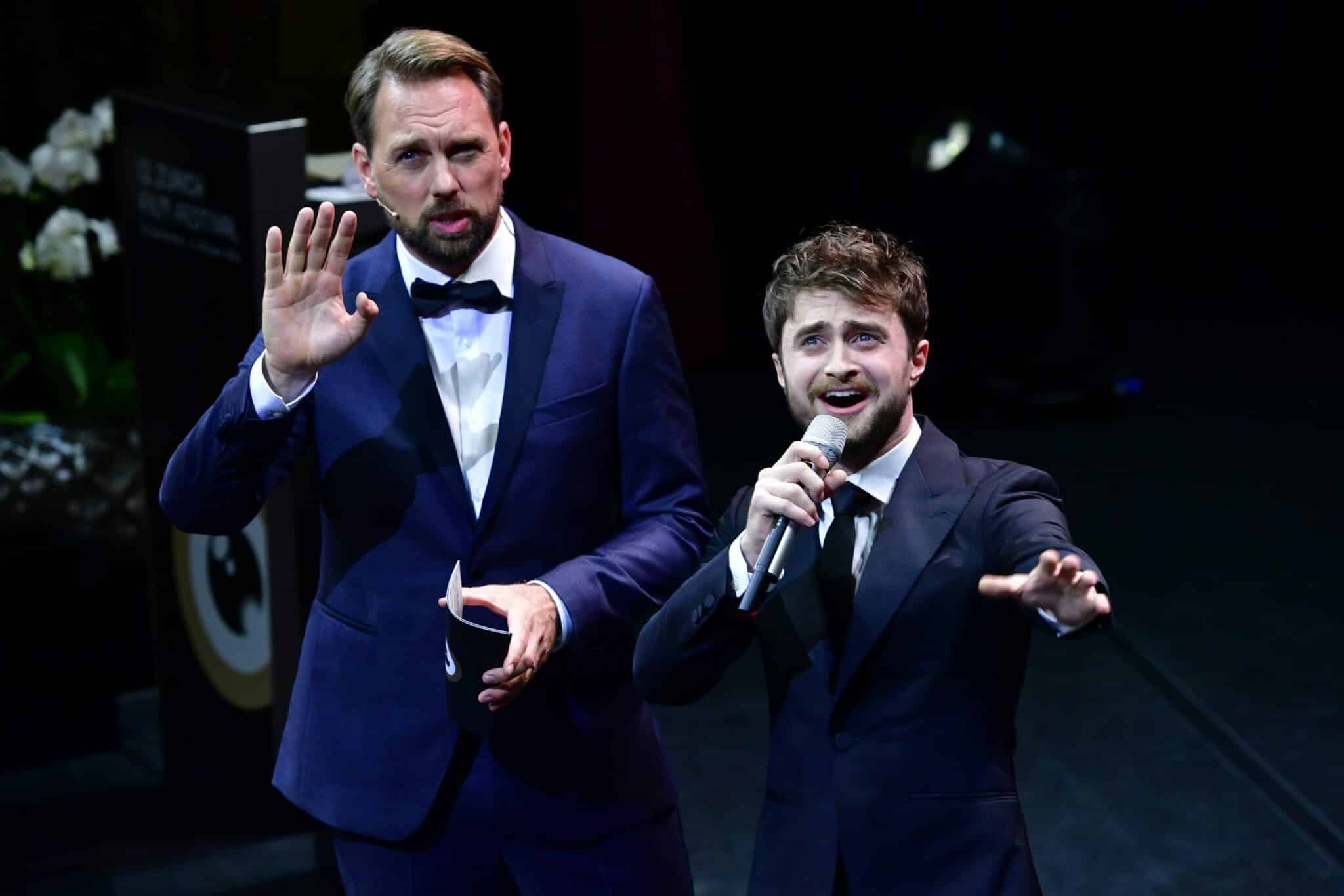 ZURICH, SWITZERLAND – OCTOBER 01: Moderator Steven Gaetjen and Daniel Radcliffe present the award for international documentary on stage during the Award Night Ceremony during the 12th Zurich Film Festival on October 1, 2016 in Zurich, Switzerland. The Zurich Film Festival 2016 will take place from September 22 until October 2. (Photo by Alexander Koerner/Getty Images)

Like Elijah Wood, Daniel Radcliffe is another actor who shot to fame at a young age thanks to a starring role in a classic literary adaptation, one that would come to define both his life and career. Also like Elijah Wood, Radcliffe is on the shorter side, with a height of just 1.65m.

However, even though Radcliffe is the same height as his Harry Potter costar Emma Watson, you wouldn’t know to look at him. Radcliffe is another actor with an affinity for subtly heeled shoes, and he’s even been known to wear lifts as high as four inches in his sneakers and brogues for important occasions such as premieres. 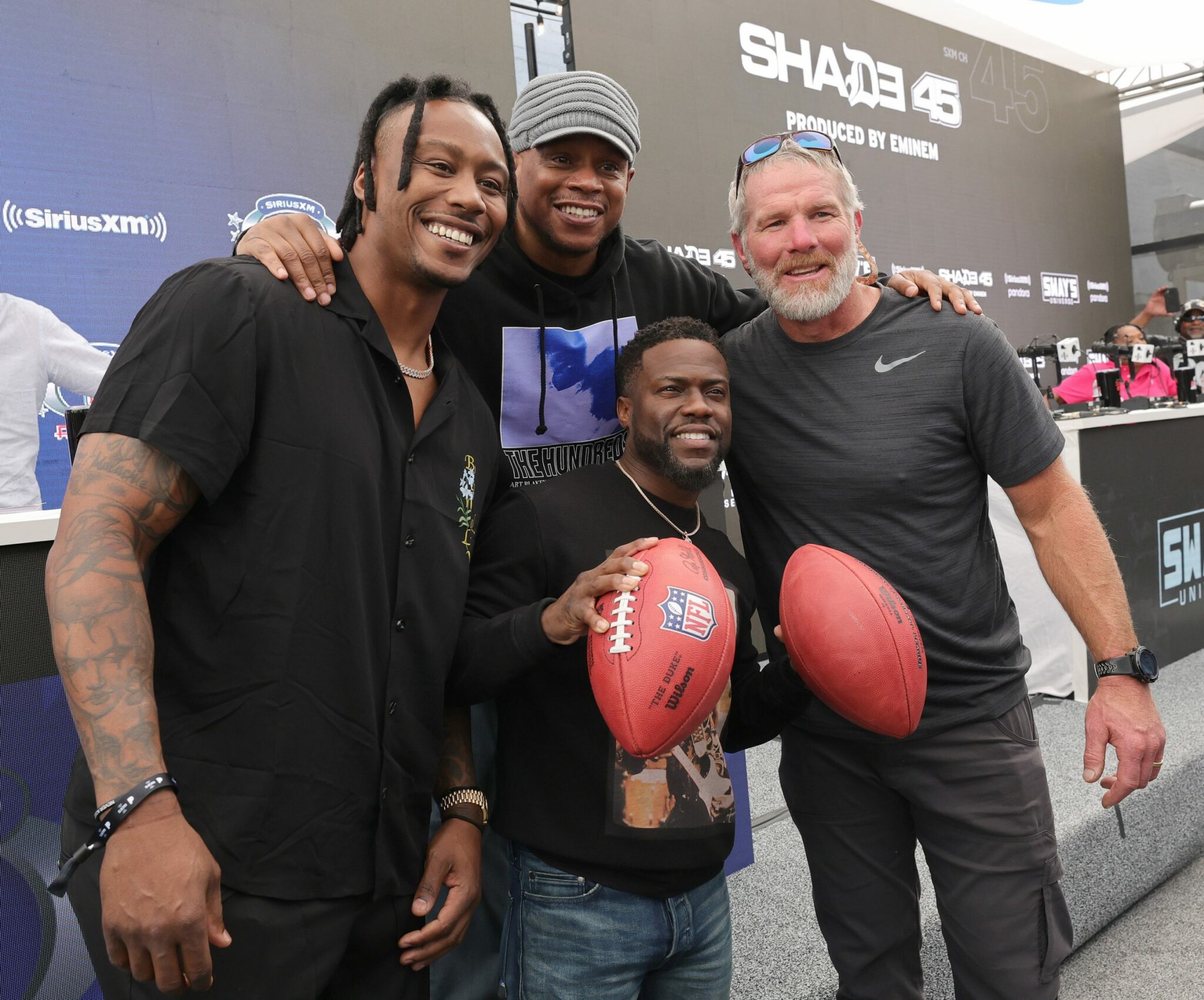 There’s a very old joke about short men learning to be funny from a young age, and it’s definitely true of Kevin Hart. The hilarious comedian is just 1.58m tall, making him one of the shortest male entertainers to be working in the public eye. Hart has endured many jokes about his height and has even made a fair few himself, but is actually extremely relaxed about his short stature.

Speaking on Oprah Prime in 2014, Hart said of his height: “I’ve always been comfortable with it, I’m beyond confident. I’m not cocky, I’m so confident. I’m confident in who I am; I’m confident in the person that I am. I think I’m sexy.” he went on to say: “This is it. This is what I was given. These are my playing cards. If we were playing poker, I got to make this hand work. This is it for me; this is what I’m going to ride out, so how do you not embrace it?” 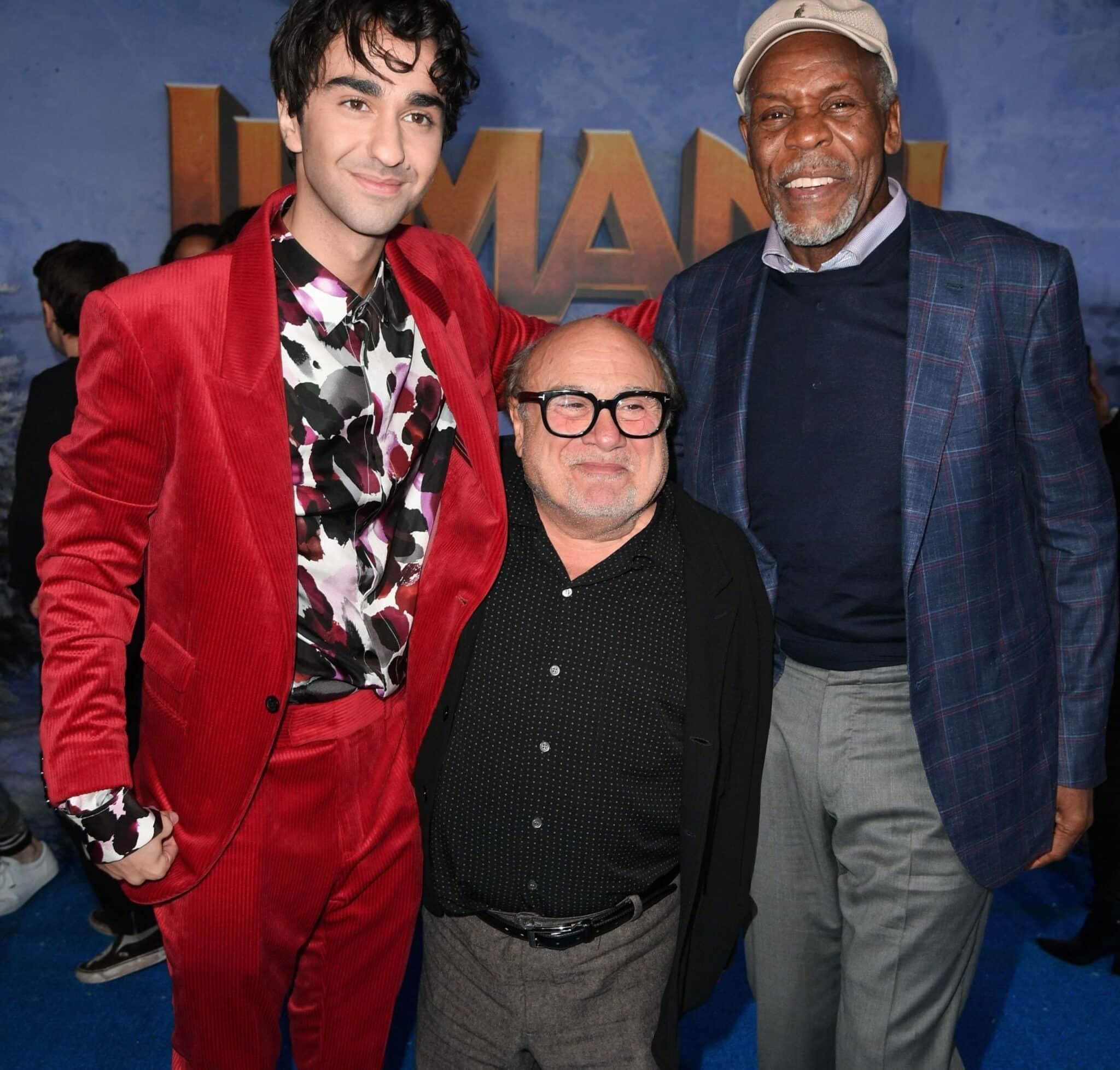 No actor has gotten as much comedic mileage out of his height as Danny DeVito. Once dubbed “Tinseltown’s Tiny Terror” by Time Magazine, the Matilda and It’s Always Sunny in Philadelphia star has said that his small stature has helped him to remain an enduring force in Hollywood, since, as he put it in an interview with The Guardian: “No casting director is gonna forget the five-foot guy,”

Despite bluntly describing himself as “five foot nothing” in interviews, DeVito is actually closer to four foot 10. His height has been the subject of several comedy sketches, mostly famously his appearance on the hit sitcom Friends, where he played an ageing adult entertainer sent to amuse Pheobe at her bachelorette party.