In the 1990s, Dustin Diamond became a household name thanks to his performance as geeky school outcast Samuel ‘Screech’ Powers in NBC sitcom Saved by the Bell. Diamond’s relatively sudden death in February 2021, however, sent shockwaves around the showbiz world.

Tragically Dustin Diamond was diagnosed with stage 4 small cell carcinoma – a type of lung cancer in January 2021. Following one round of chemotherapy the actor passed away on February 1 2021 aged just 44. Diamond’s Saved by the Bell co-star Mario Lopez said, “Dustin, you will be missed my man. The fragility of this life is something never to be taken for granted.”

We’re taking a look back at Diamond’s varied and often shocking life story, right back to his early days as a huge comedy talent and young TV star.

What Happened to Dustin Diamond?

If you’re an 80s kid, there’s a good chance that, like us, you’d have been a fan of NBC teen sitcom Saved by the Bell (click the link to read more about Saved by the Bell’s surprisingly debauched production).

Actually a reboot of the 1988 show Good Morning, Miss Bliss, Saved by the Bell originally aired from 1989 to 1993, and was an instant popular smash. 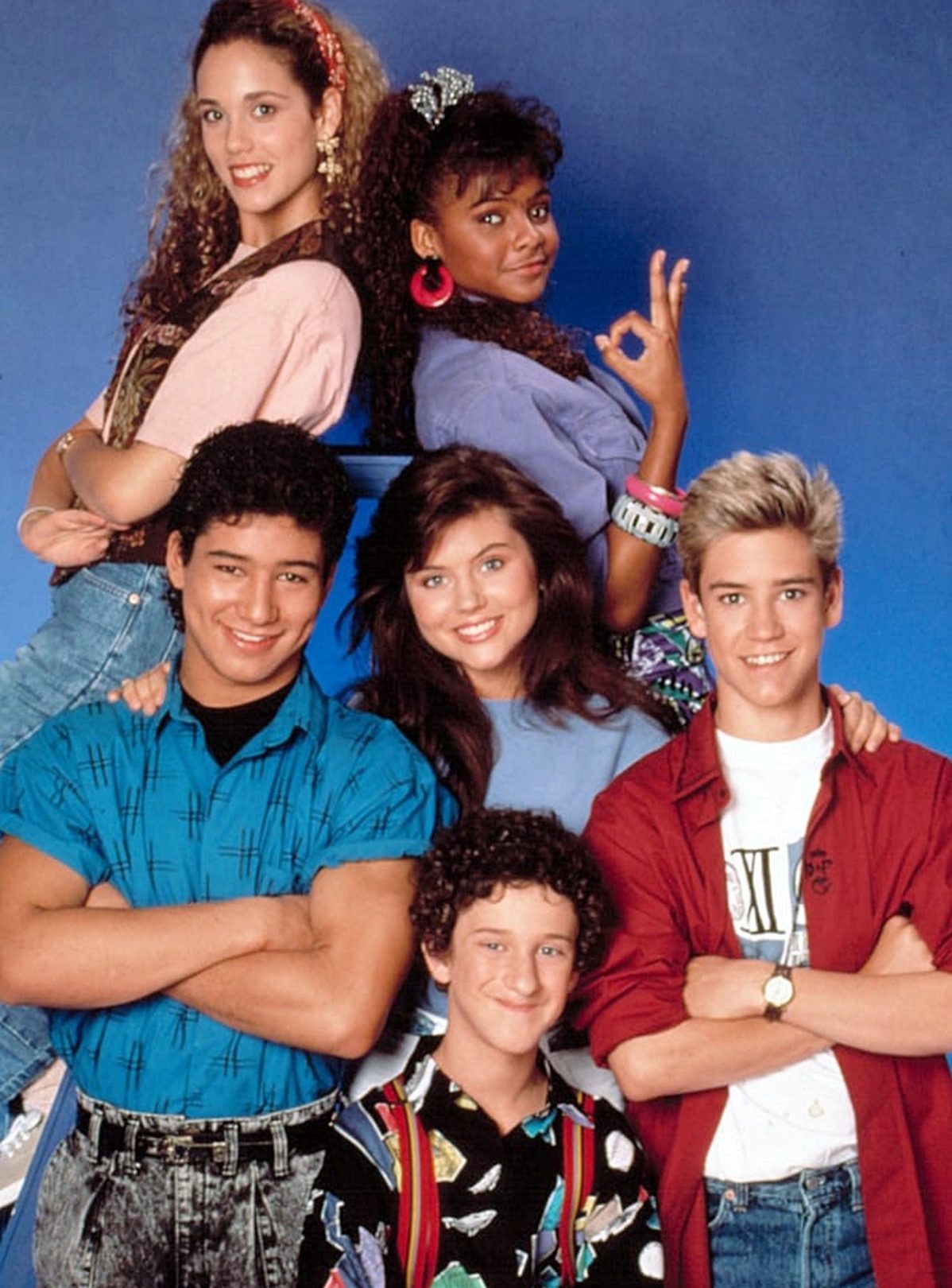 Following a group of friends as they navigated a treacherous path through high school, Saved by the Bell starred Mark-Paul Gosselaar as school heartthrob Zack Morris and Mario Lopez as Zack’s best bud A.C. Slater.

Unfortunately for Diamond, on reflection his Saved by the Bell days would represent the peak of a career that would soon go awry. 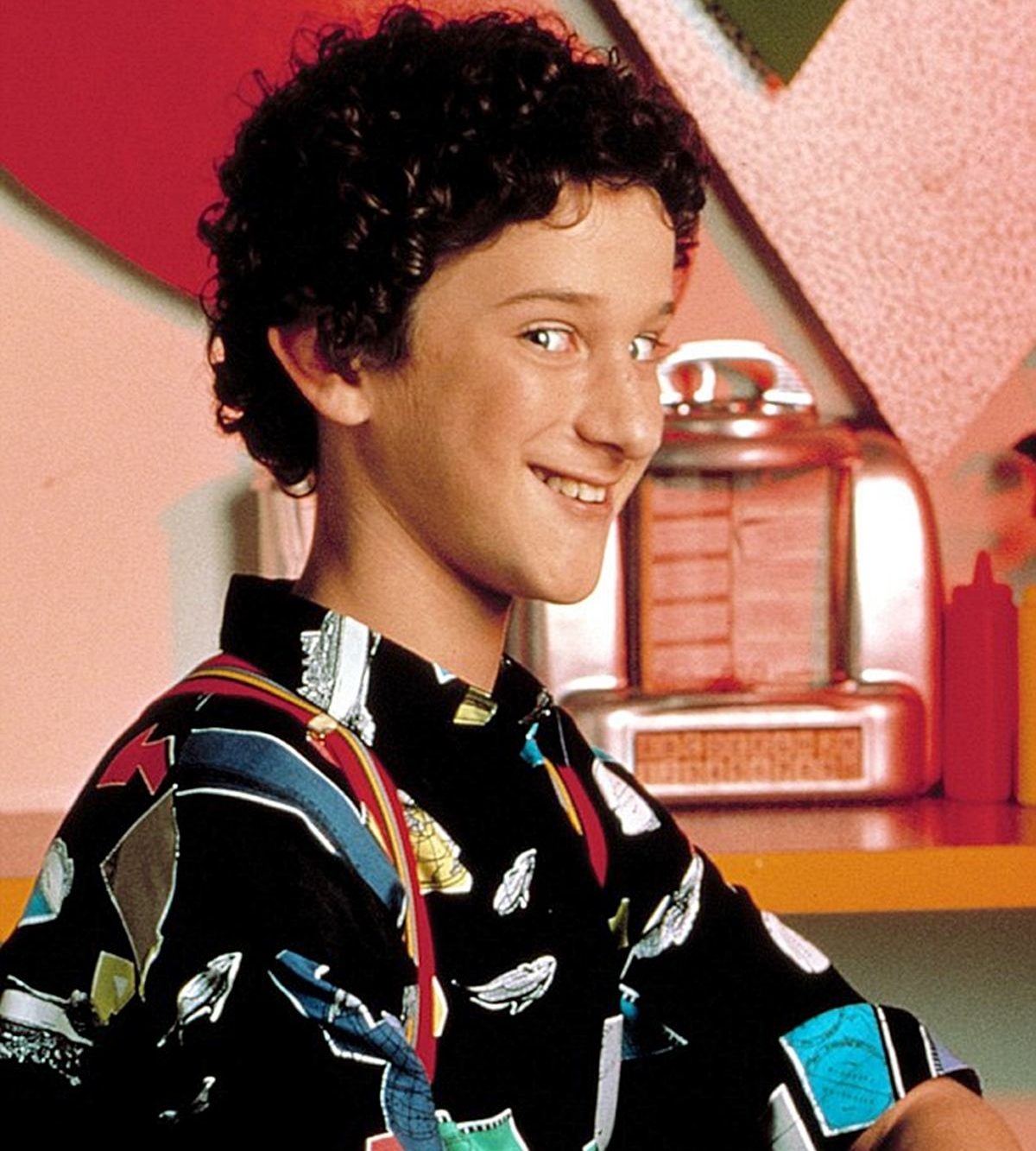 Born in 1977 in San Jose, California, Dustin Neil Diamond was raised in a Jewish family by father Mark Diamond and his computer operator mother. Despite their matching names, Dustin was not related to Sweet Caroline singer-songwriter Neil Diamond.

Diamond caught the acting bug early, beginning with professional appearances in children’s TV at the age of 10. Early shows included the sitcoms It’s a Living and The Wonder Years.

Then, aged just 12, Diamond got his big break, appearing in the show that Saved by the Bell would immediately follow and evolve into: the Disney Channel comedy Good Morning, Miss Bliss.

When this show was rebooted as Saved by the Bell in 1989, Diamond was carried over along with perennial childhood crush Mark-Paul Gosselaar, setting him up for a lifetime of recognition.

Having landed the role of a lifetime, Diamond wouldn’t let Screech go, even after Saved by the Bell aired its fourth and final season, and went on to play the character continuously for 13 years.

Diamond then played the character again in Saved by the Bell: The New Class, in which Screech returns to Bayside High School as an assistant to Dennis Haskins’ school principal, Mr Belding. 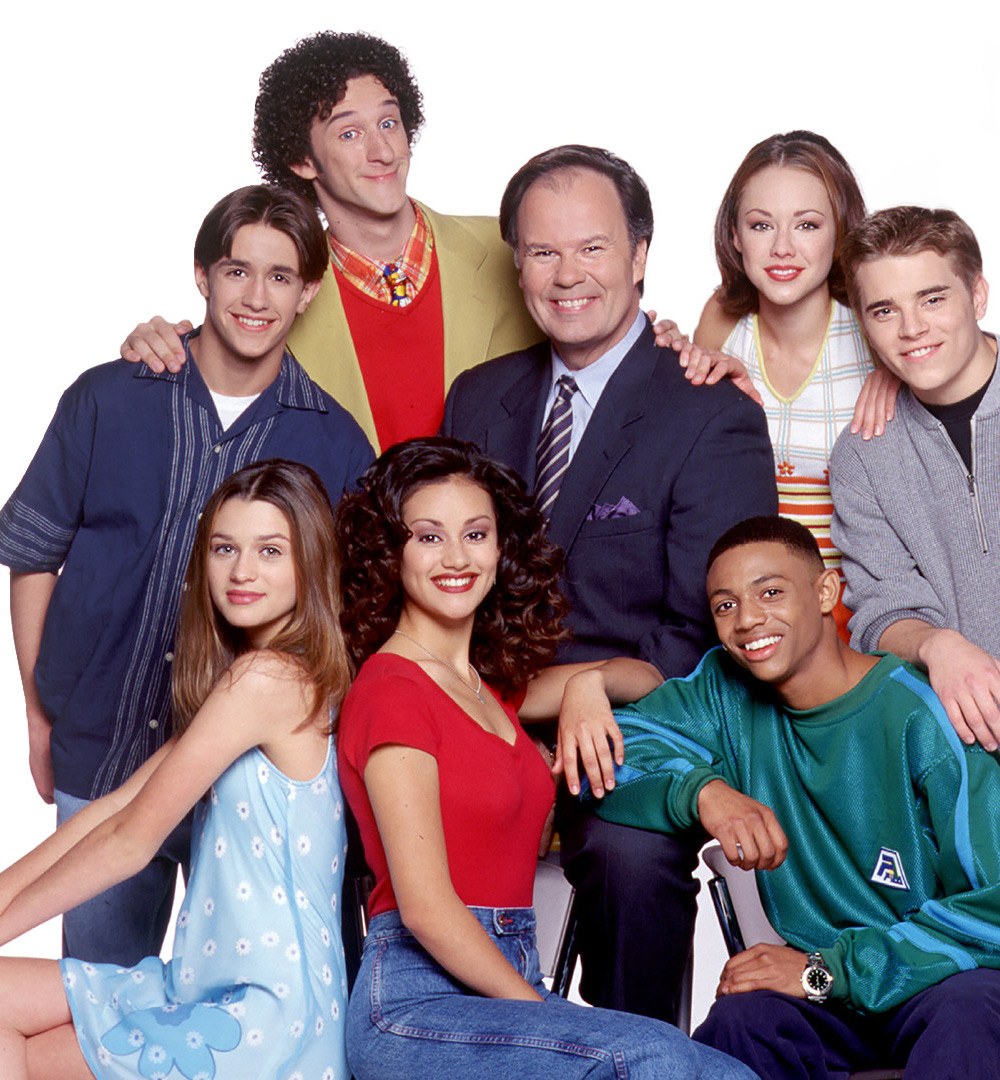 After Saved by the Bell, Diamond stuck with comedy, beginning a career in stand-up, which he still tours to this day.

On the big and small screens, Diamond’s career failed to hit the heights he reached as a teenager, though high-profile roles have occasionally come his way.

There were cameos in American Pie Presents: The Book of Love and Dickie Roberts: Former Child Star, as well as a turn as himself in the Adult Swim series Your Pretty Face is Going to Hell.

It’s as himself that Diamond was largely sustained his career post-Saved by the Bell, though, with a number of appearances on reality shows including Celebrity Fit Club and the UK’s Celebrity Big Brother in 2013. 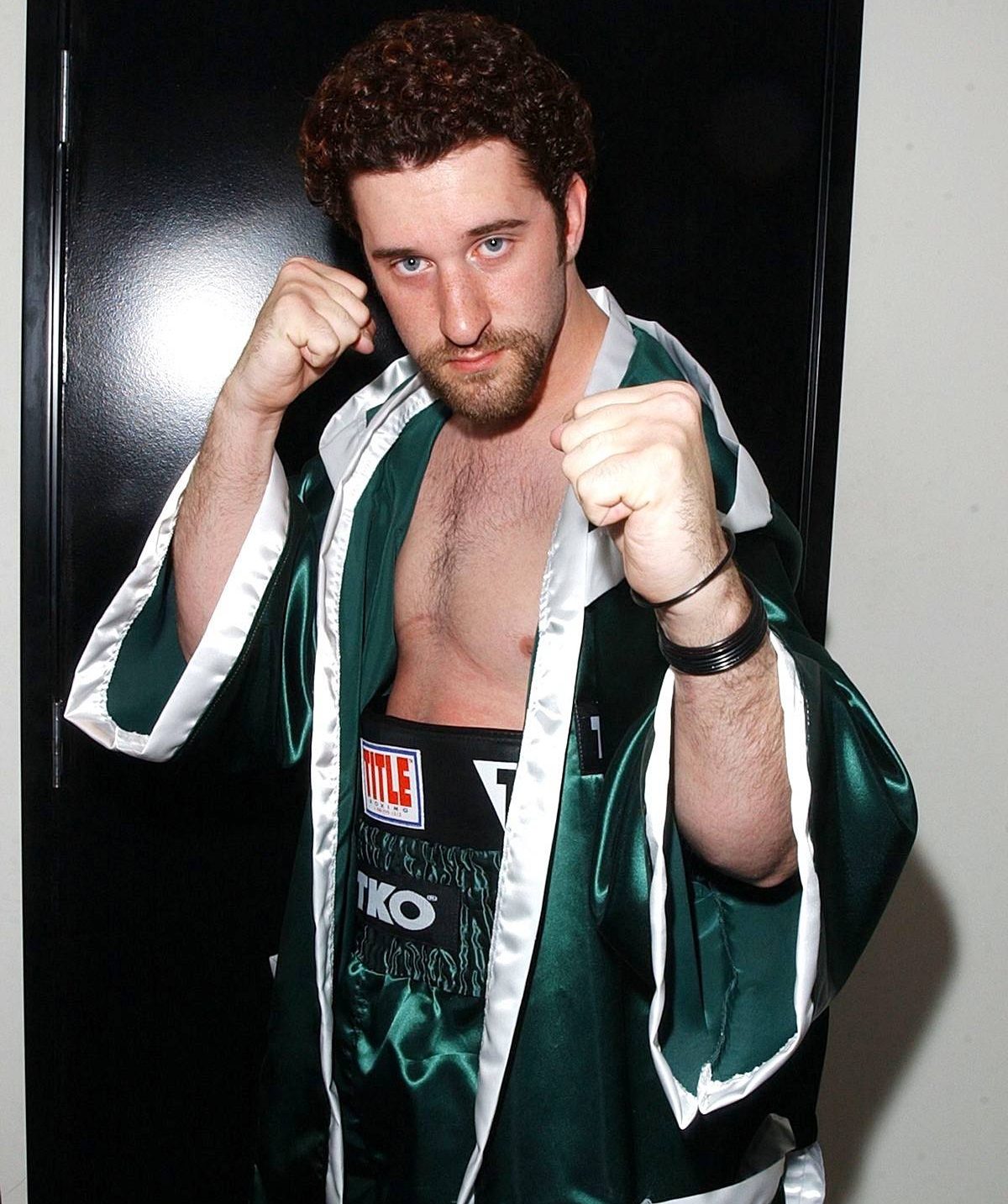 And then, beginning a series of scandals, Diamond’s fame tipped over into infamy with a self-directed 2006 sex tape.

However, in a 2009 episode of Where Are They Now?, Diamond denied that he himself featured on the tape – at least where ‘Diamond’ appears nude – claiming that his ‘part’ had actually been played by a stunt double. 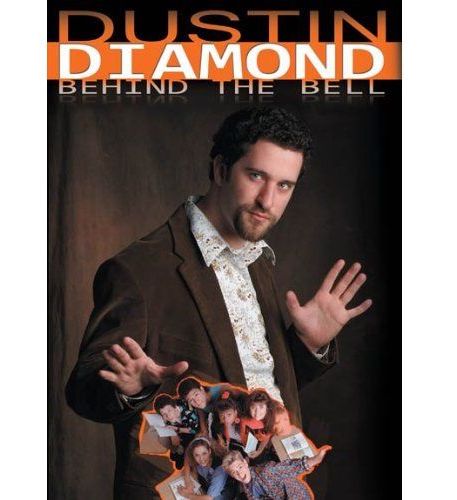 Diamond’s hope that the video “may help get more bookings” came to naught; instead, it was the beginning of a descent into yet more controversy.

In 2009, following his split from Jennifer Misner, Diamond published a book called Behind the Bell, a supposedly ‘tell-all’ autobiography and account of his time on Saved by the Bell.

Chock-full of salacious tales, the book upset Diamond’s fellow Saved by the Bell actors with its claim that filming of the show involved a lot of ‘sex, drugs and wild parties’.

After the likes of Gosselaar disputed the book’s claims, Diamond came forward to claim that there was little truth to Behind the Bell, with the book’s ghostwriter having allegedly fabricated much of the content.

Why Did Dustin Diamond go to Jail?

Having alienated his former cast members – Diamond was left out of Saved by the Bell reunions after this book was published – the actor hit another low in 2014. 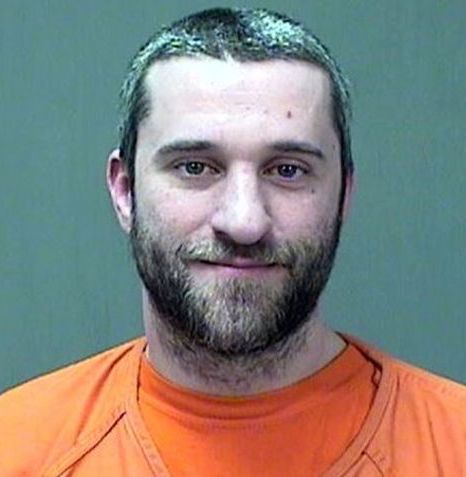 This was the year that Diamond was arrested, for possession of a switchblade knife, which he was alleged to have used in a threatening manner during a fight in a bar.

The fight, which also involved Diamond’s then-girlfriend Amanda Schutz, ended with a man at the bar being stabbed. Schutz at the time was employed as a birthday clown, under the stage name Loli Pop.

Diamond was convicted of carrying a concealed weapon and disorderly conduct, which led to him being sentenced to four months in prison, for which he served three before being released on probation.

Unfortunately, Diamond then went onto violate the terms of his probation, leading to him being arrested again in 2016, landing him in court again just a month after leaving jail.

Shunned by the Saved by the Bell reboots 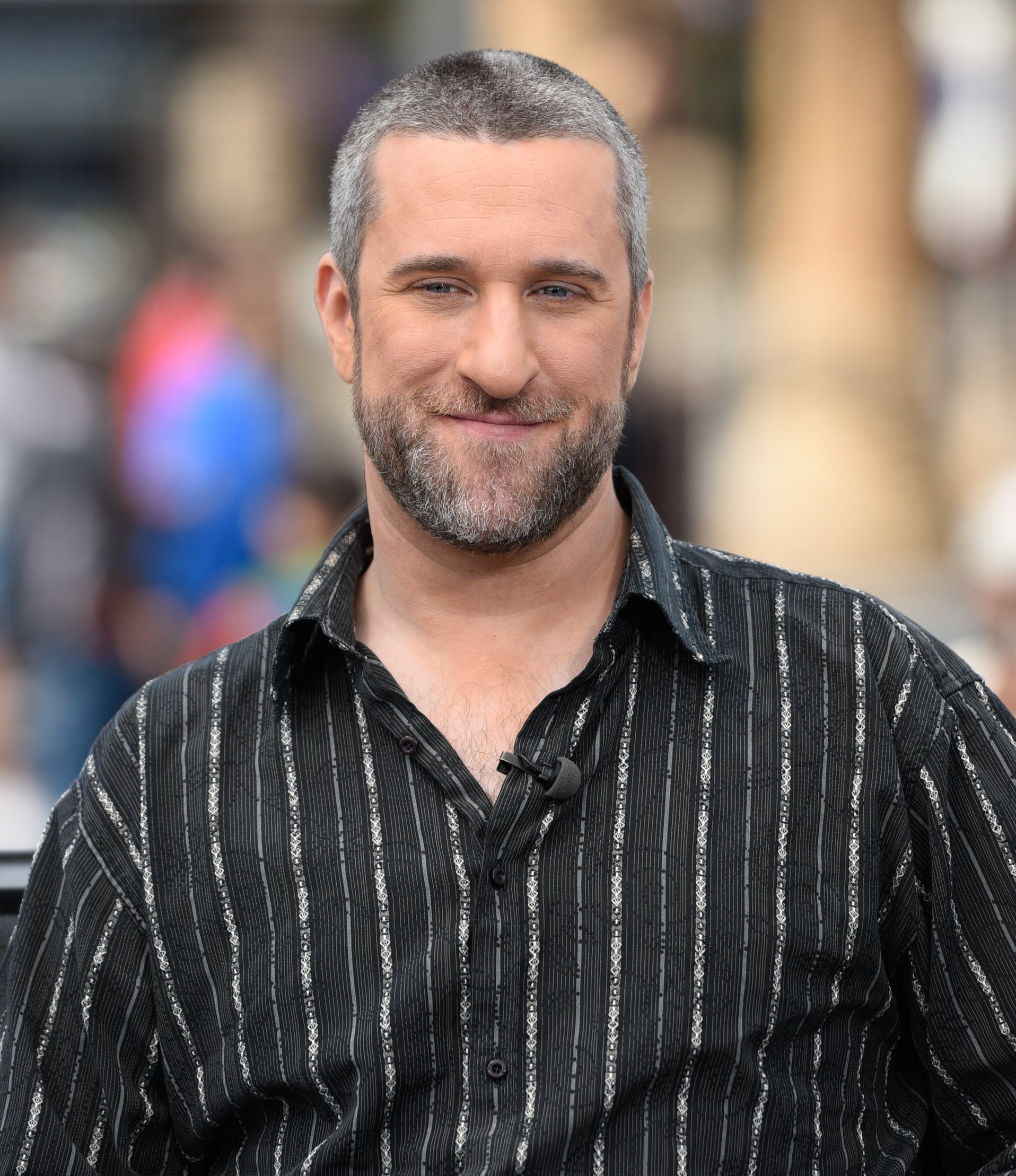 Prior to his death on 1 February 2021, Diamond lived in Post Washington, Wisconsin, from where he practiced stand-up comedy.

Diamond married his long-time girlfriend Jennifer Misner in 2009, but the pair then separated.

He first met Jennifer Misner, who is now a Director for Sales and Marketing at Premier Inn Express, when he was touring Pennsylvania in the mid-2000s. They pair were in a serious relationship until 2013 and Diamond was even seen wearing a promise ring for Misner, but despite conflicting reports, they never married.

Their relationship wasn’t without its share of tragedy. In 2004, Misner and Diamond suffered a miscarriage from an ectopic pregnancy. This experience inspired the star to create the Dustin Diamond Foundation, which raised money for children’s medical treatments. This included therapeutic spa treatments for disabled children and their families. The foundation was dissolved a few years later.

Diamond’s been in the news in the past due to controversial behavior, but his relationships haven’t been too widely publicized. According to Heavy, Diamond tied the knot with Misner in 2009. The two dated for years before marrying. According to In Touch Weekly, the two met on tour when Diamond was in Pennsylvania. As of 2021, it appears Misner still might be living in Pennsylvania

Despite his lasting stardom from playing Samuel ‘Screech’ Powers, Diamond was estimated to have a net worth of just $50,000 – $70,000 around the time of his death – less than the fee he was paid to appear on Celebrity Fit Club in 2005.

Though a Saved by the Bell reboot was recently released courtesy of NBCUniversal streaming service Peacock, Diamond was not asked to return. Diamond’s former co-stars Tiffani Thiessen and Mark-Paul Gosselaar, however, did star in the show, with the latter playing Zack Morris as the new Governor of California.