The Real-Life Partners Of The Bird Box Cast

Bird Box contains a stellar cast of actors you’ve almost definitely seen on the big screen before. From Sandra Bullock to John Malkovich, there are some great performances in the post-apocalyptic thriller which have left fans wanting more. There’s also a few up-and-coming actors in the mix too, including Moonlight star Trevante Rhodes and American Horror Story actress Rosa Salazar. 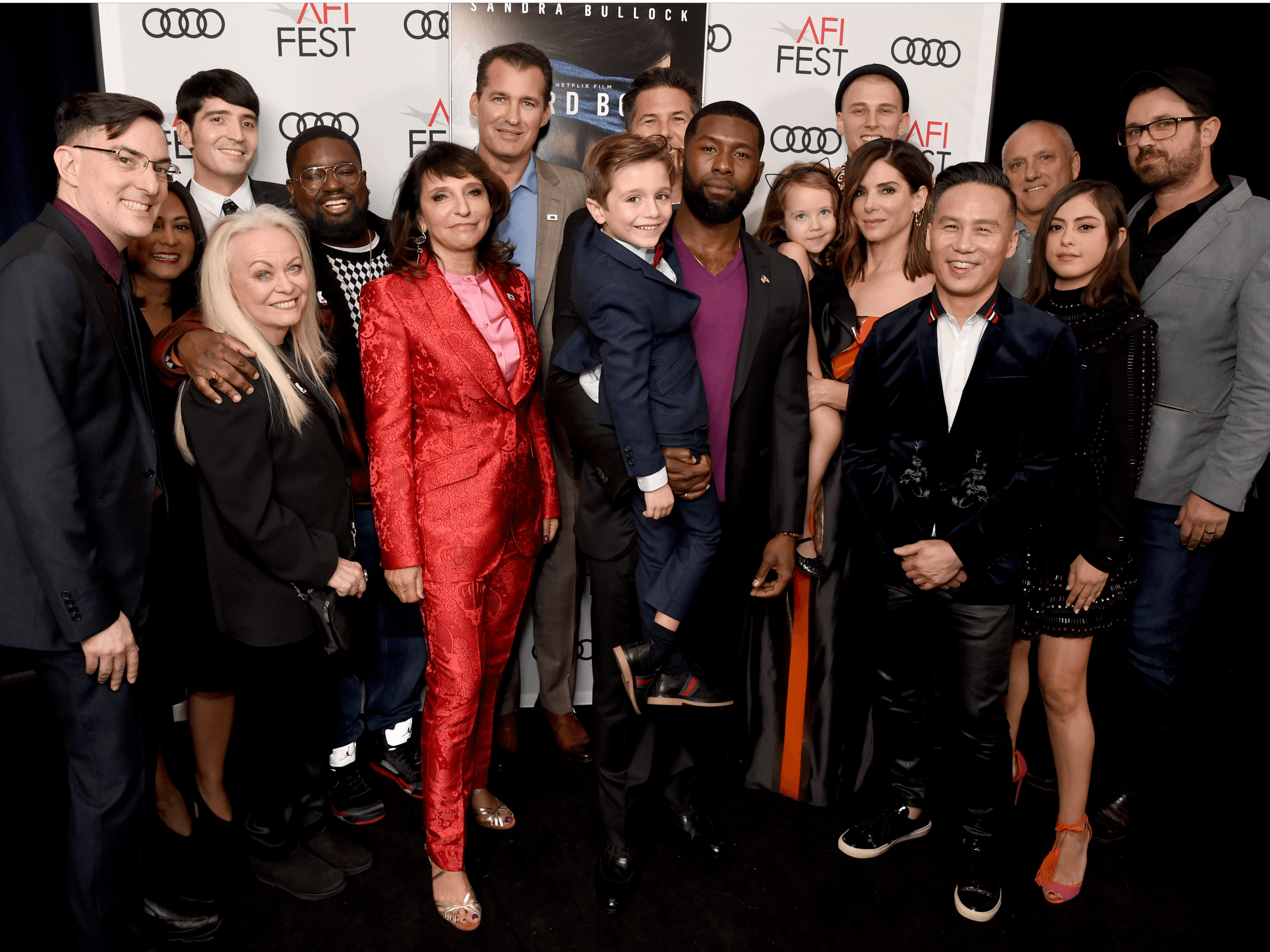 Although most of the characters in Bird Box don’t really have too much time for long-lasting relationships, in reality the cast of the Netflix thriller have very healthy dating lives. Therefore, in the article below, we take a look at the real-life partners of the Bird Box cast. Enjoy!

Sandra Bullock is the star of Bird Box – she plays a tenacious mother named Malorie who is forced to protect both herself and her children after her partner Tom succumbs to the entities.

Fortunately Bullock’s love life hasn’t been quite so turbulent in real life and she has been dating LA photographer Bryan Randall since 2015. 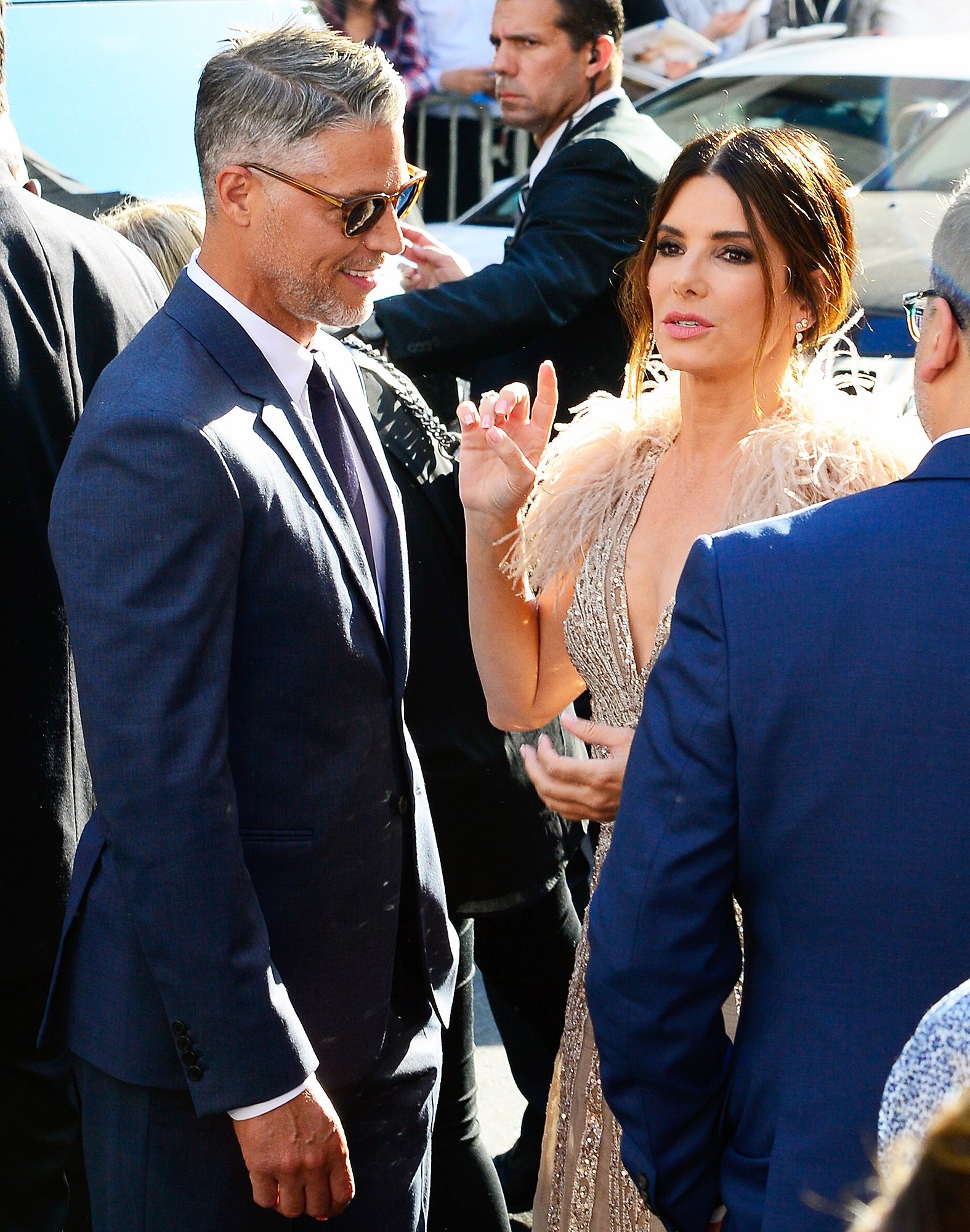 The couple are fiercely private about their relationship, but we have managed to find out a few things about them (including the fact that they seem to love getting coffee together!).

Bullock first met Randall when she hired him to photograph her son Louis’ birthday (Randall specialises in children and outdoor photography). 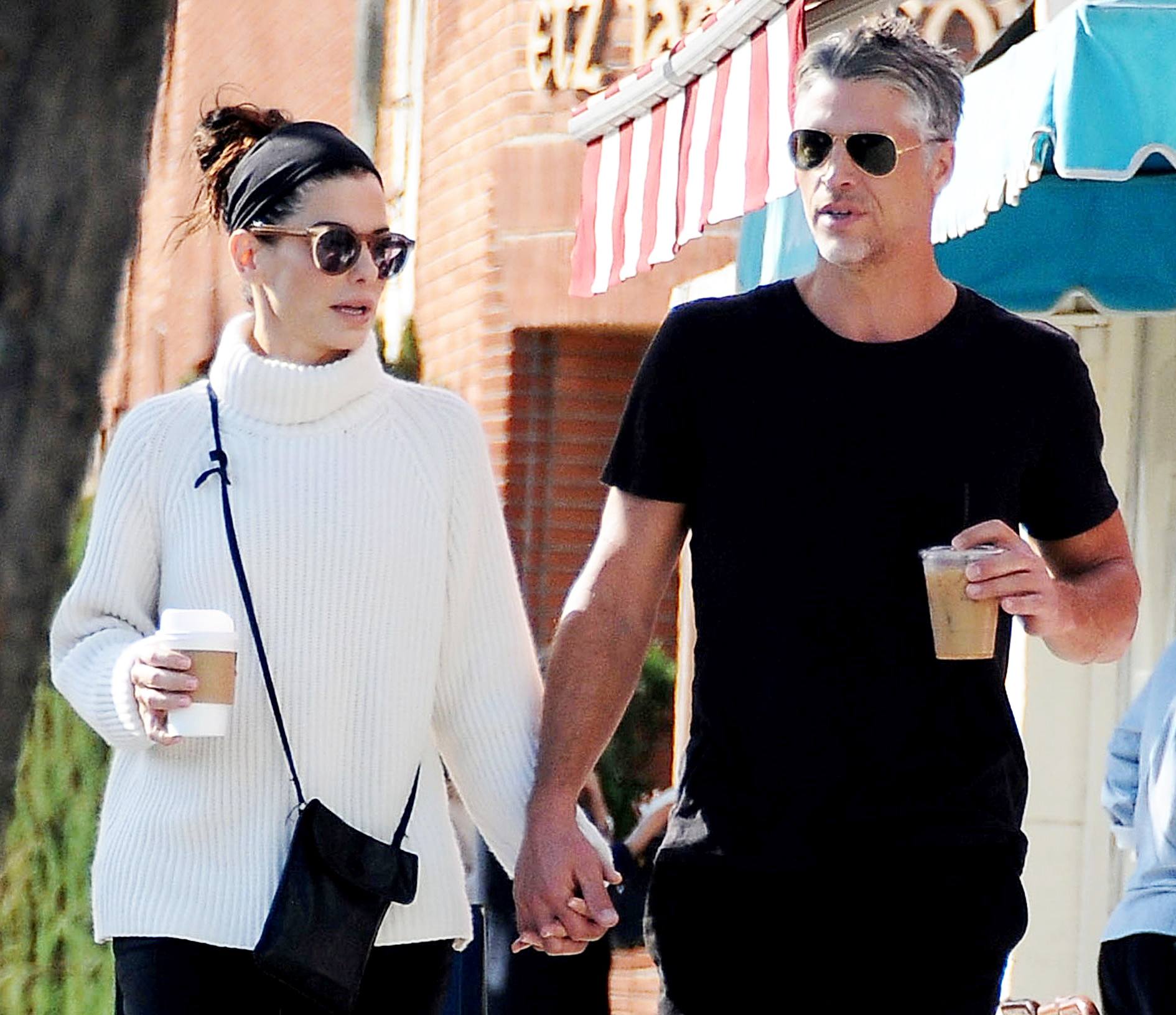 They were first spotted together in September 2015 but rumour has it that they had already been dating several months before that. Bullock has two kids named Louis and Leila, while her partner Randall has a daughter named Skylar from a previous relationship.

Apparently he’s a doting father, which is good news for Sandra who has also embraced parenthood. 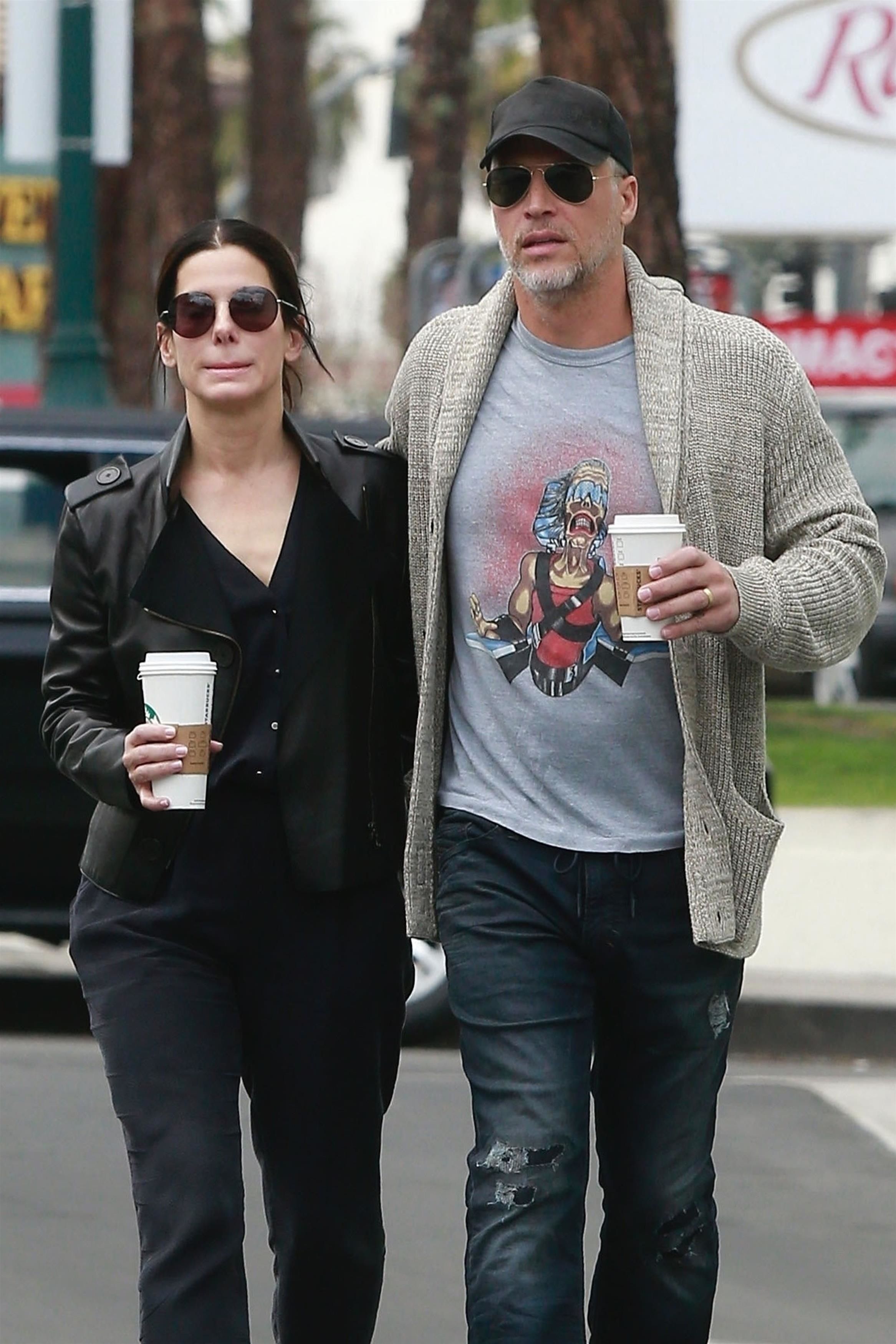 John Malkovich brought the character of Douglas to life in Bird Box.

Away from the cameras, Malkovich has quietly enjoyed a lengthy relationship with his current partner, Nicoletta Peyran. The couple started dating in 1989, not long after the actor divorced his wife Glenne Headly. 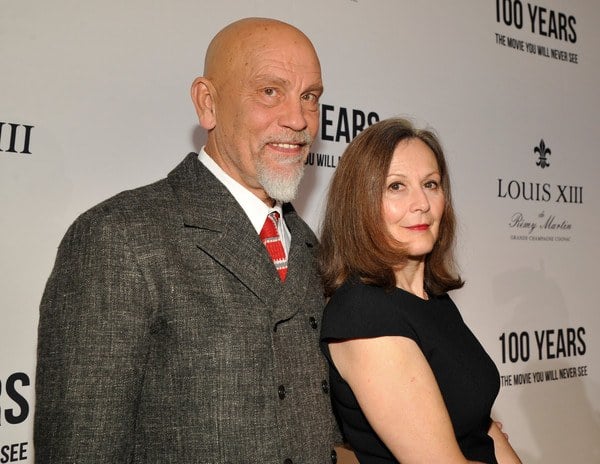 Malkovich met his long-term partner after the pair worked on The Sheltering Sky together. Peyran was second assistant director on the movie and it looks as though the couple were smitten because they’ve been together ever since!

The couple have two children together named Amandine and Loewy. 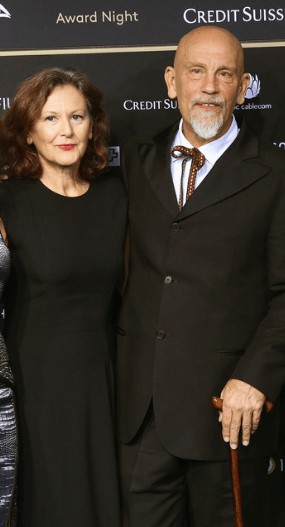 They’ve been living the high life in France for a number of years and live for part of the year in Provence. They even make their own brand of wine, as Malkovich once revealed in an interview.

“My wife does the organisation, I just drink, and that is not hard. I thought our wine would be terrible, but not at all. We make cabernet sauvignon and a rosé from the same grape; wines not ordinarily made in the Luberon.” 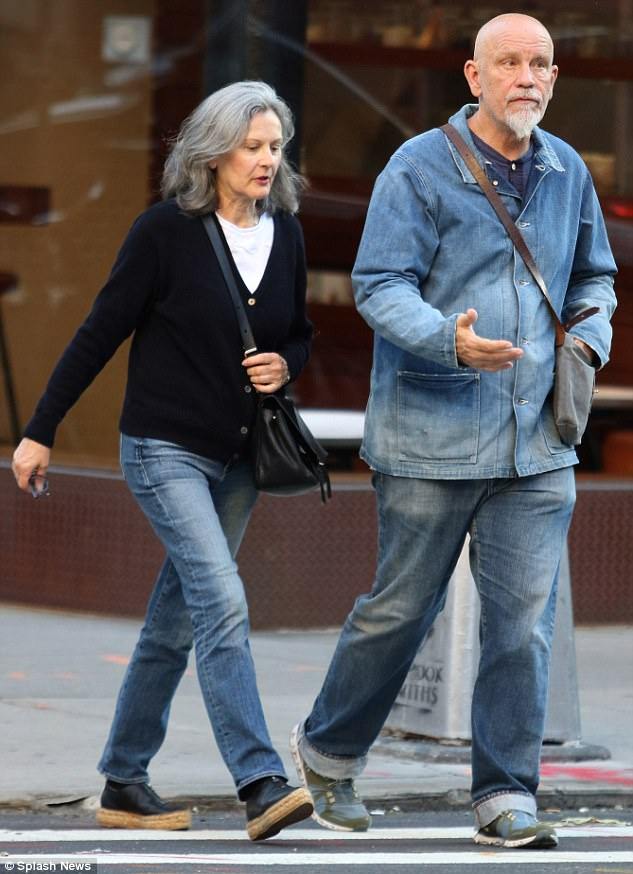 Sarah Paulson wasn’t in Bird Box for too long but like everything she does, the actress put in an unforgettable performance as Malorie’s sister, Jessica.

Paulson raised more then a few eyebrows when she started dating Holland Taylor in 2015 (Paulson is 44 years old while Taylor is 75). 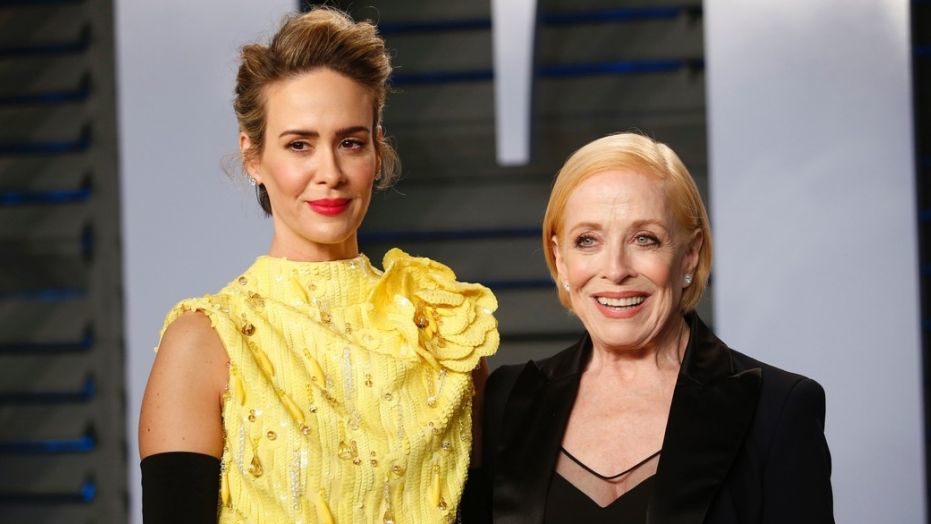 Still, the pair clearly make it work and can often be spotted at red carpet events together or out and about in their home town of Los Angeles.

The Bird Box actress has also been very vocal about criticism of her relationship with Taylor and recently opened up about her love life in an interview with Elle. 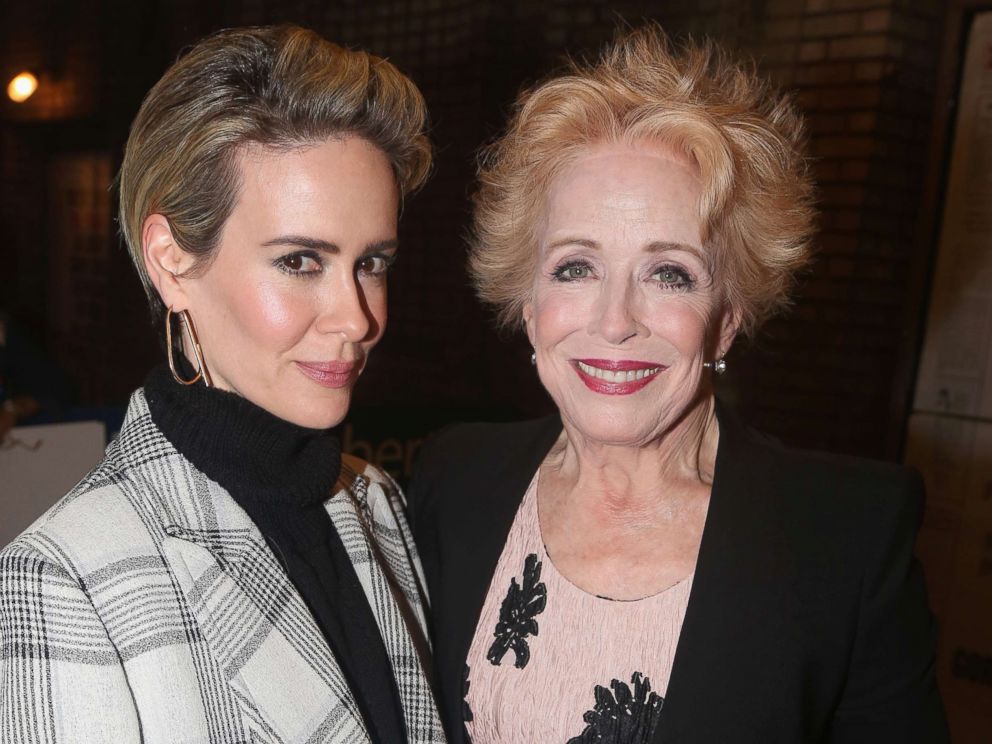 Paulson explained: “I didn’t choose to fall in love with the person I fell in love with. But I think why it’s interesting to people is that on paper, it’s unconventional.”

“For a person who might find themselves in a situation that they fear will be misperceived or judged, maybe they could see me living my life in a way that is authentic to me—just trying to be as real as possible.” 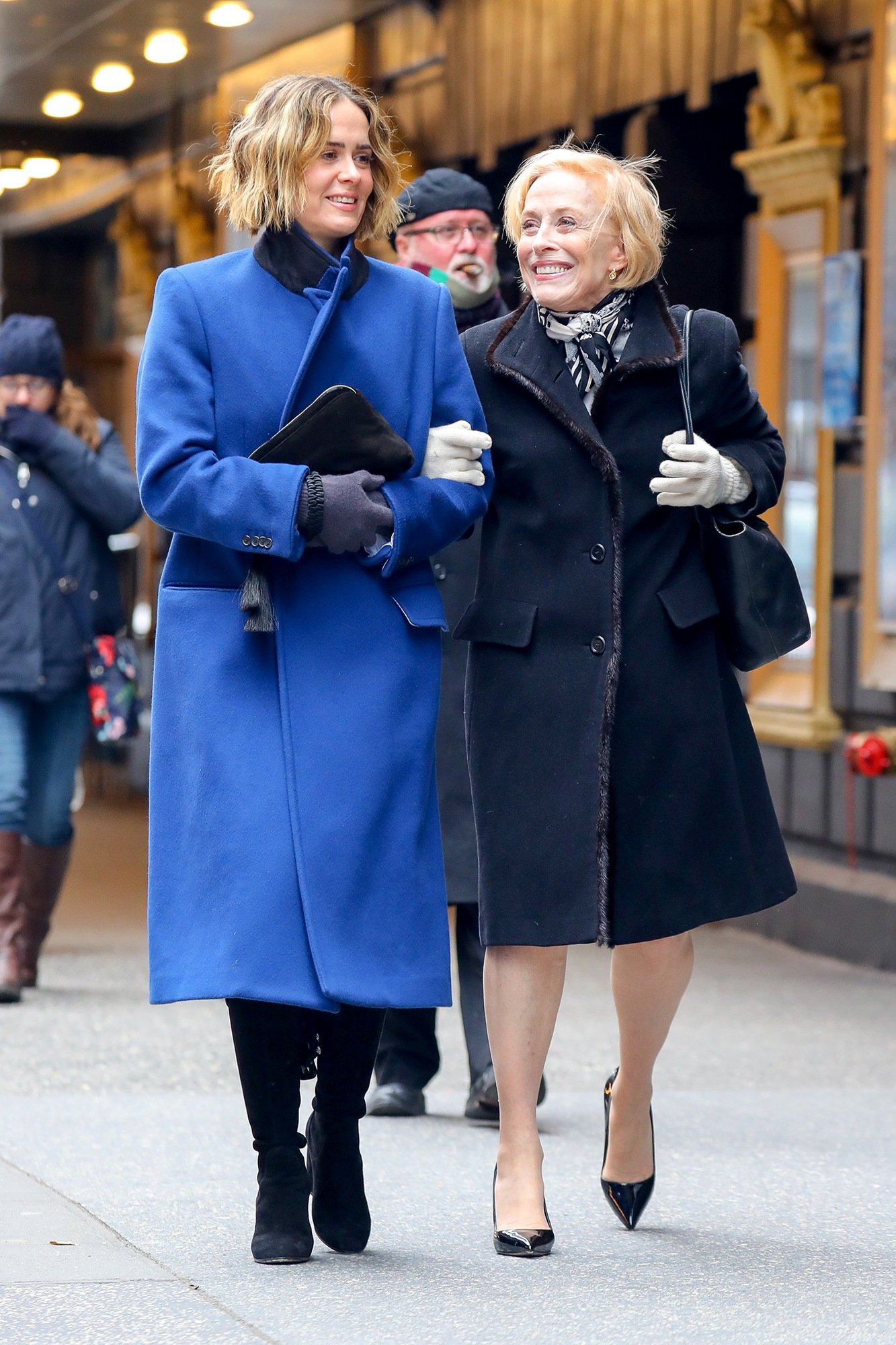 “If that inspires anybody else, that can’t be a bad thing.” Nice!

The actor has caught the eye of more than a few people, mainly thanks to his ridiculous good looks and athletic physique. So is the 28-year-old Rhodes dating at the moment or not? 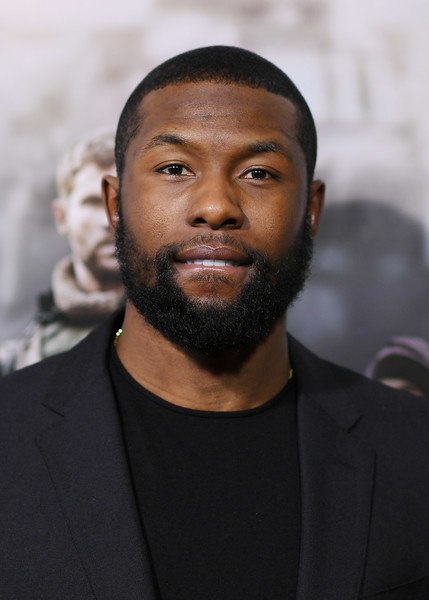 It seems as though the actor is a bit of a lone ranger at the moment. He’s been spotted a plenty of awards ceremonies walking the red carpet, but Rhodes is always alone. Aww!

Many people wondered whether the actor might be gay, considering that he played a homosexual character in Moonlight. 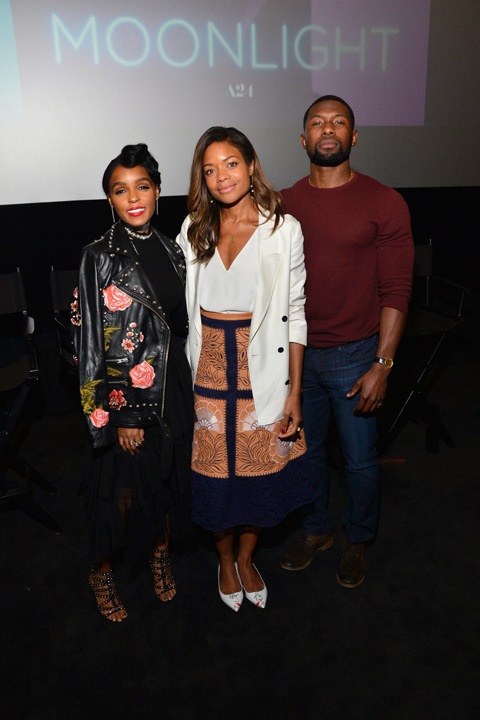 Rhodes had this to say about the rumours: “I was born loving women but I easily could have been born loving men. It’s the exact same sensation… You don’t fall in love with someone [just] for their physical [traits], but for their mental.”

“The only thing people need to do is love one another — for who they are and who they love.” 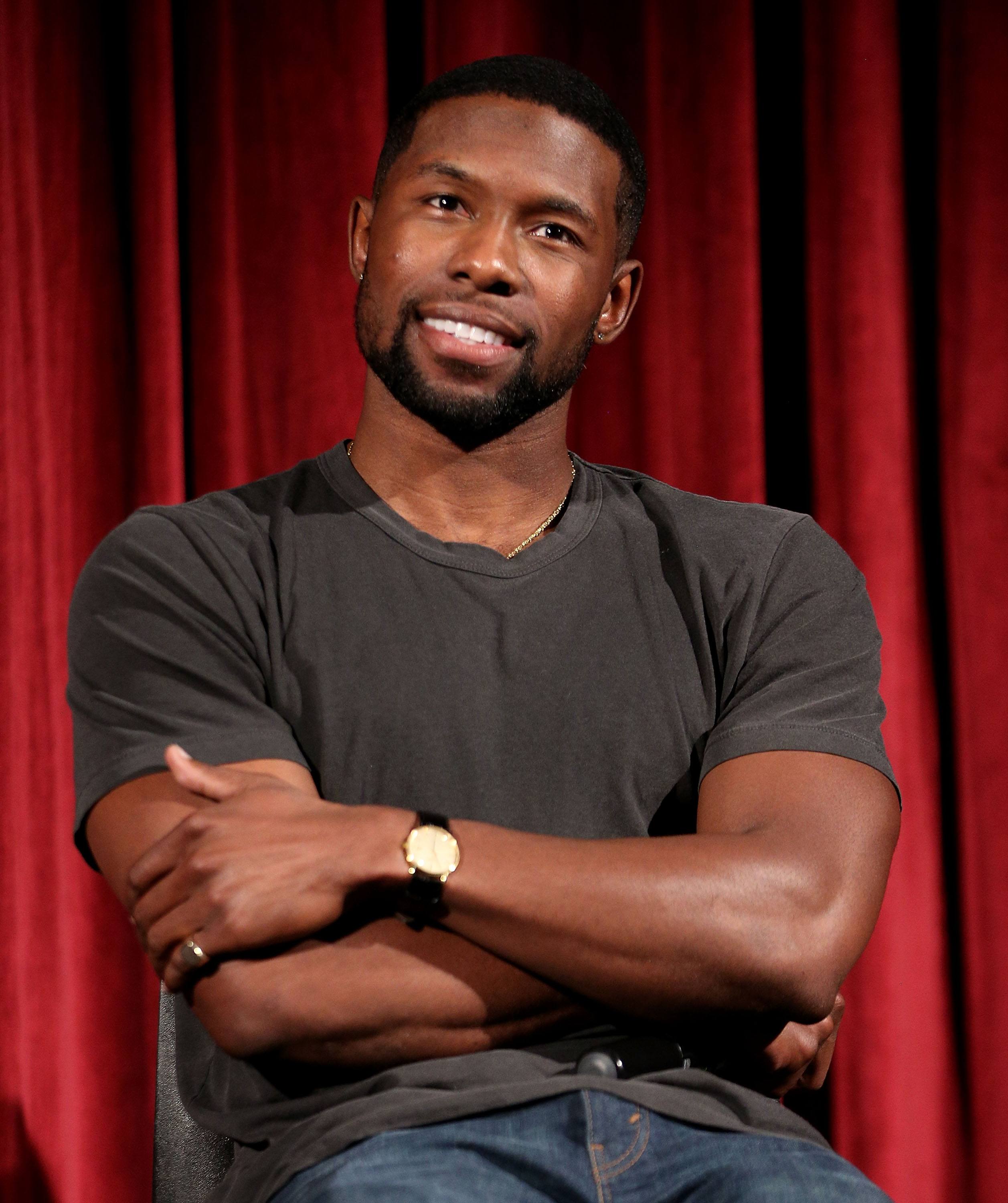 Aww! He sounds like an old romantic to us.

Jacki Weaver has popped up on our screens a few times in recent years, but in Bird Box she plays Cheryl, one of the movie’s many unfortunate victims.

Cheryl isn’t really a main character so she doesn’t have time to develop a relationship. Away from the cameras though, Weaver is happily married to Sean Taylor. 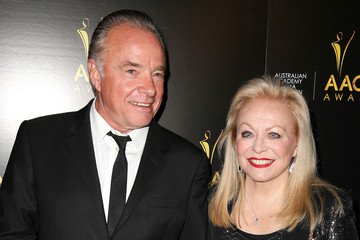 The couple tied the knot in 2003 and it looks as though they’re still very happy together. Before meeting Sean, Weaver had actually been married four(!) times – twice to the same person.

Fortunately, she’s found love with Taylor and the pair can often be seen at various show biz events together. 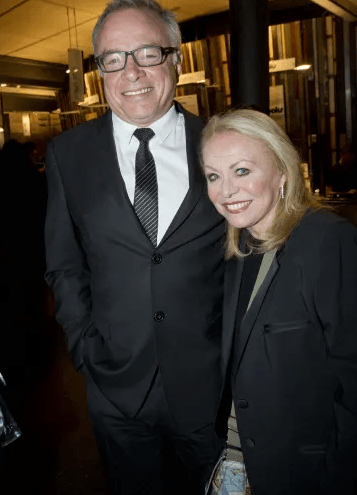 The couple live in a West Hollywood apartment together and first met during a production of David Williamson’s play Soulmates. They were both performing at the Sydney Opera House in 2002 when a spark occurred.

Weaver has had her fair share of bizarre romances in the past though. 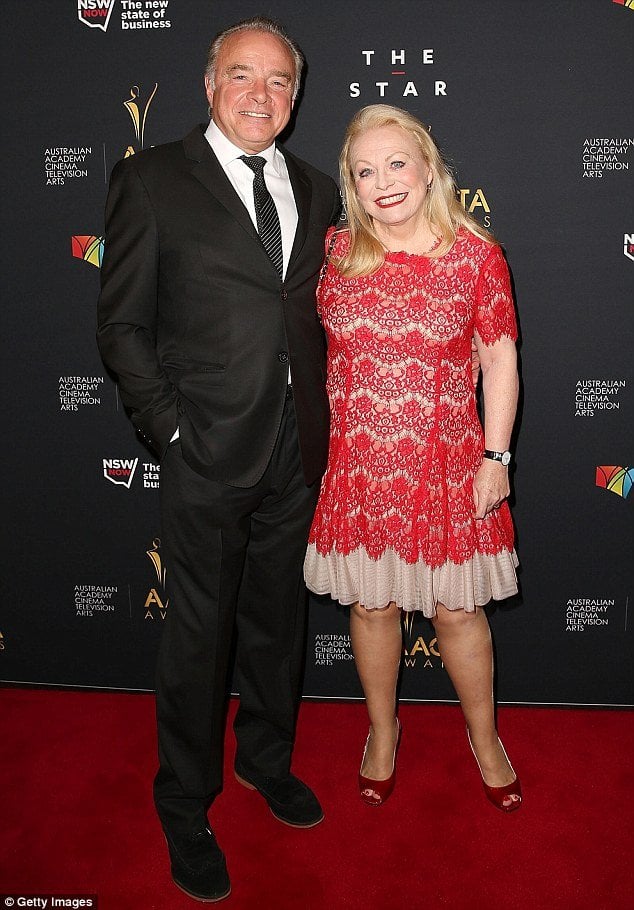 The actress once described gay director Richard Wherrett as the ‘love of her life’: “I knew Richard was homosexual from the very beginning, but it didn’t affect my falling in love with him. It didn’t affect any aspect of our relationship.”

In Bird Box she played the role of a doctor once again, much to the delight of audiences who wondered what she’d been up to since the drama wrapped. So who is Nagra dating? 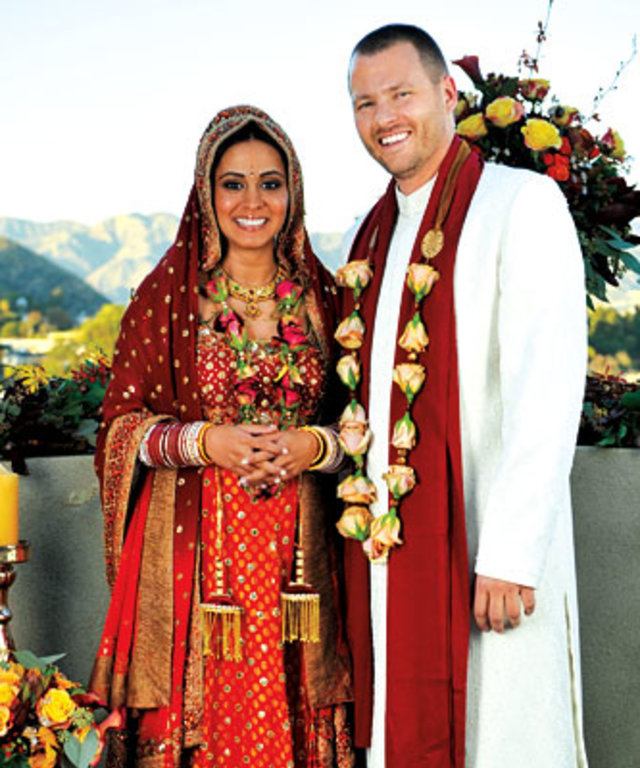 Nagra married photographer James Stenson in 2009 after several years together. Her ER co-stars John Stamos and Scott Grimes performed at the ceremony, and bizarrely, her other ER co-star Maura Tierney conducted the marriage!

Although the couple have a child together, things didn’t work out for them in the end. 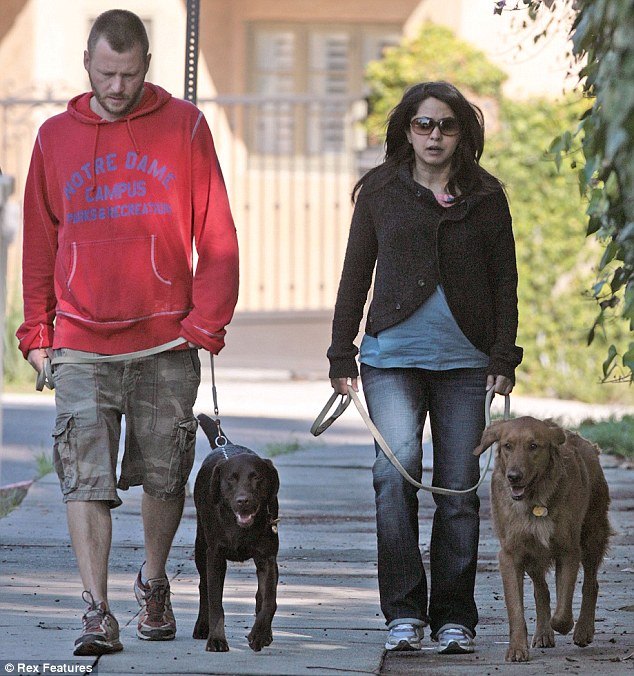 Sadly Nagra and Stenson divorced in 2013, one year after the actress filed for a permanent separation. I

It doesn’t look as though the British actress is currently dating anyone at the moment, so watch this space! 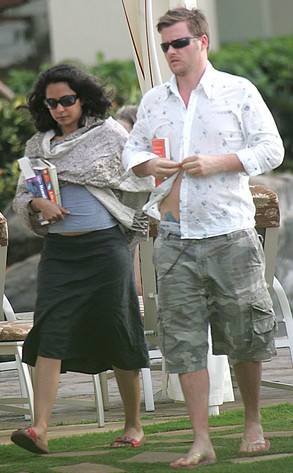 Machine Gun Kelly randomly showed off his acting skills when he appeared as Felix in Bird Box.

Felix is one of the survivors who pulls off a pretty nasty stunt at one point during the film. In reality, ‘Machine Gun’ Kelly (real name Richard Colson Baker) is a rapper with a string of relationships behind him. 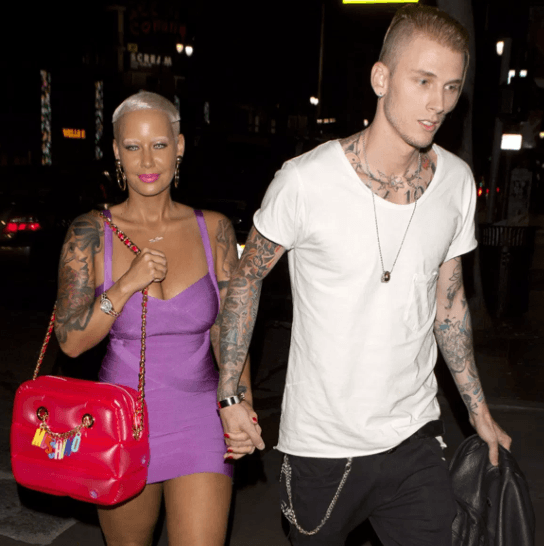 One of his most notable dalliances came in 2015 when it emerged that the rapper had been dating Amber Rose (ex-girlfriend of Kanye West and Wiz Khalifa).

Kelly doesn’t like fame or press intrusion so people were wondering just how long his relationship with the fame-hungry ex-stripper and model would last. 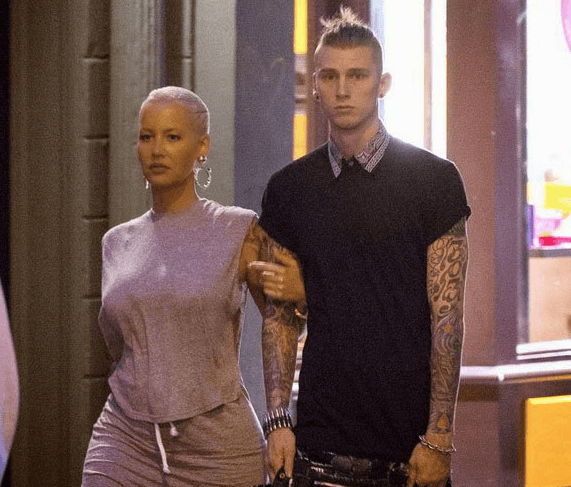 The rapper spoke to E! about his love for Amber: “Everything was completely natural. It wasn’t anything I had expected or had planned or anything like that.”

“You know when the universe throws something your way or things happen, I’m one of those people that goes with it, and I don’t fight it.”

Sadly things didn’t work out for the pair and it’s unclear who Kelly is currently dating.

Most people might not realise it, but posh British actor Tom Hollander is actually a bit of a ladies man!

He’s had a string of affairs with high-profile women including Daphne Guinness and interior designer Fran Hickman. The actor reportedly dated Jemima Goldsmith but eventually love rival Russell Brand won her heart instead. 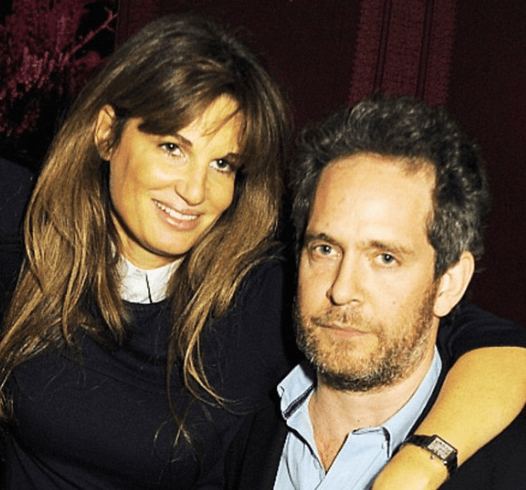 The Sun described the actor as a ‘sex thimble’ and Hollander himself admitted that he’s single and not really looking to settle down. “I am single. Acting can make it hard to have profound relationships if you’re not careful.”

“You get into this pattern of three-month, four-month jobs and what’s the next adventure.” 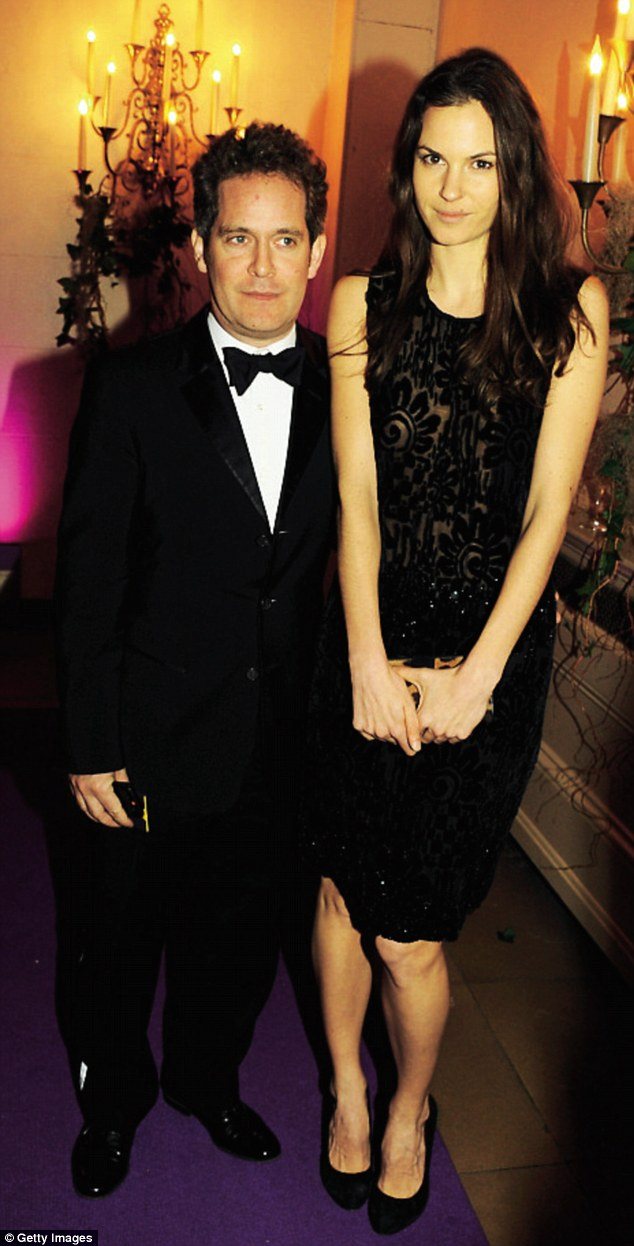 However, the actor has been outed as a bit of a creepy old man when it comes to chatting up the ladies. One woman said that she spotted Hollander at a party: “A few months ago I saw him and he came over to introduce himself to our group
of girls in their early 20s.”

“I recognised him and at first, thought it was quite funny to hear him using corny chat-up lines.” 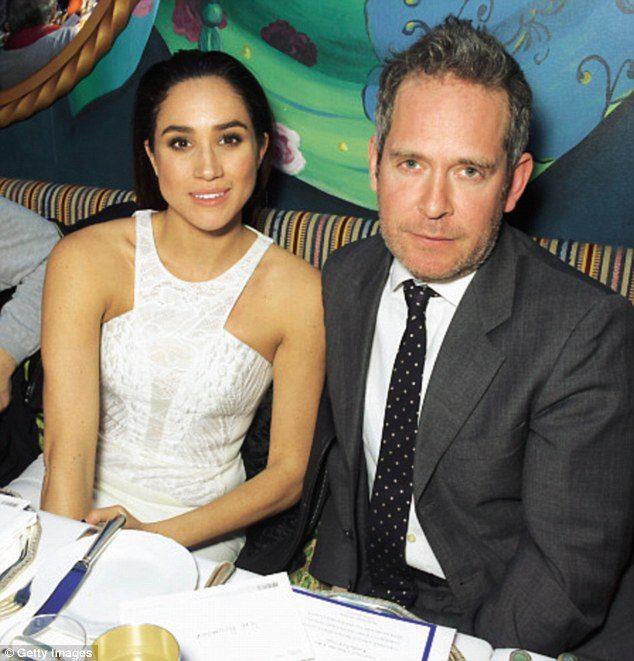 Yikes! We wonder if he used any lines on Meghan Markle (as she was then known)?

Rosa Salazar has had a bit of a dramatic love life, to say the least. 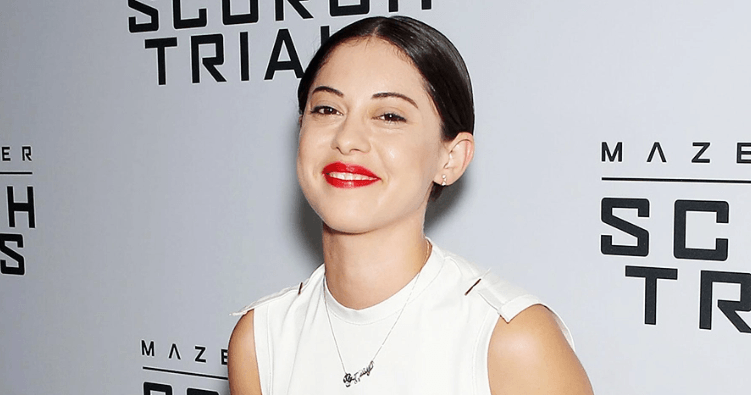 The restraining order was recently lifted after a different judge ruled that the order was pointless and unnecessary.

There have also been rumours that the actress was more than just friends with her co-star in Night Owls (2015), Adam Pally. 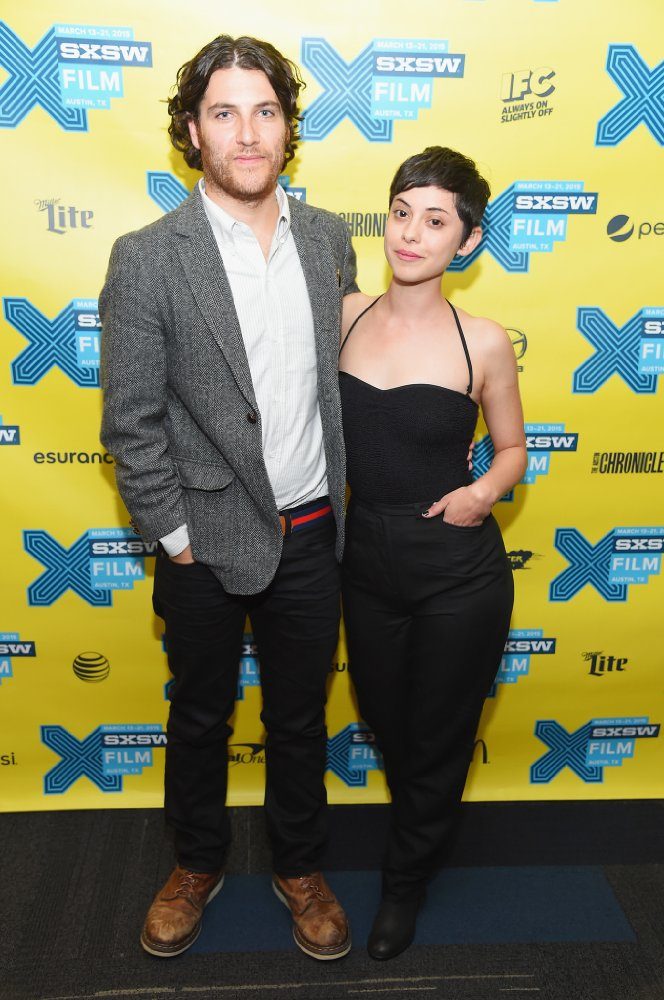 It’s not entirely clear if the two were ever dating, but they do look very cosy together in these red carpet photographs!

In any case, it look as though Salazar is single for the time being. 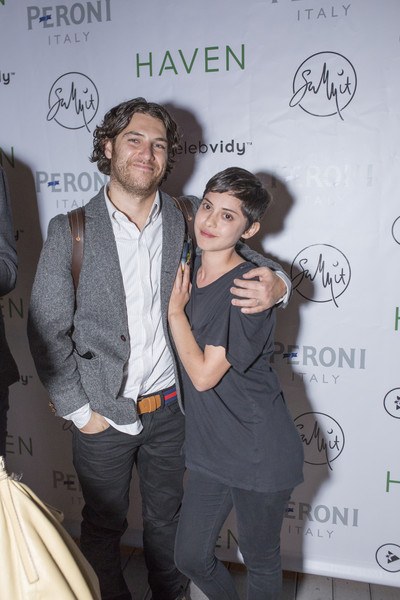 Bird Box fans will recognise Rebecca Pidgeon as Lydia, the woman who initially comes to Malorie’s rescue towards the start of the film.

Pidgeon is an actress and singer/songwriter who has been married to writer and director David Mamet since 1991. 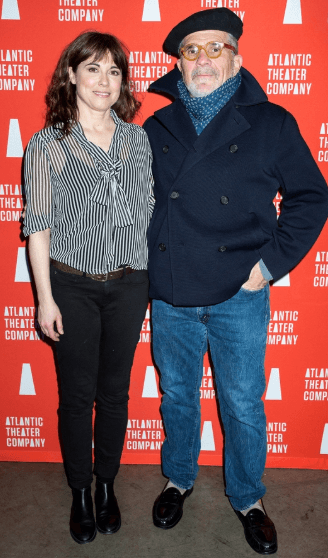 The couple had a rocky start to their relationship when it was revealed that Mamet had cheated on his former wife Lindsay Crouse to be with Pidgeon instead. Oops…

Still, the couple seem very happy together and even have two children named Clara and Noah. 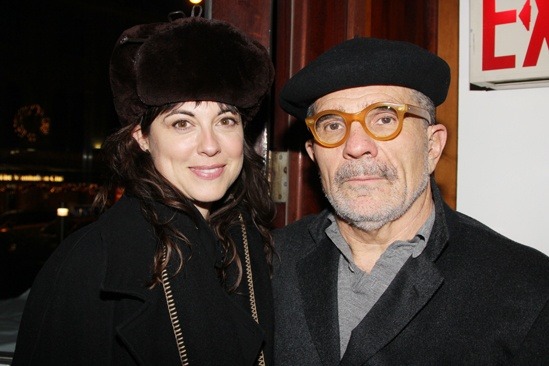 Pidgeon was born into a Christian family but thoroughly embraced Mamet’s Jewish faith. The actress converted to Judaism upon getting married to her husband. Shalom! 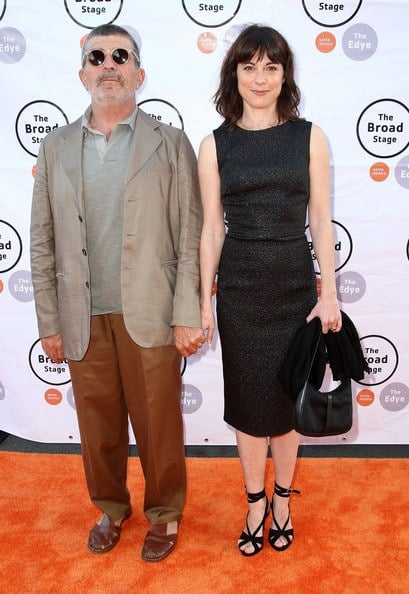 What do you make of all these celebrity couples? Let us know in the comments section below!