The Northern Lights Could Be Visible Across The UK This Weekend

Exciting news for any stargazers out there! The Met Office has just announced that the Northern Lights could well be visible in parts of the UK this weekend.

Thanks to some highly unusual solar activity, the Lights will be visible across parts of the country in the next couple of days. Normally they can only be spotted across Scandinavia and other regions near the Arctic Circle such as the US state of Alaska. 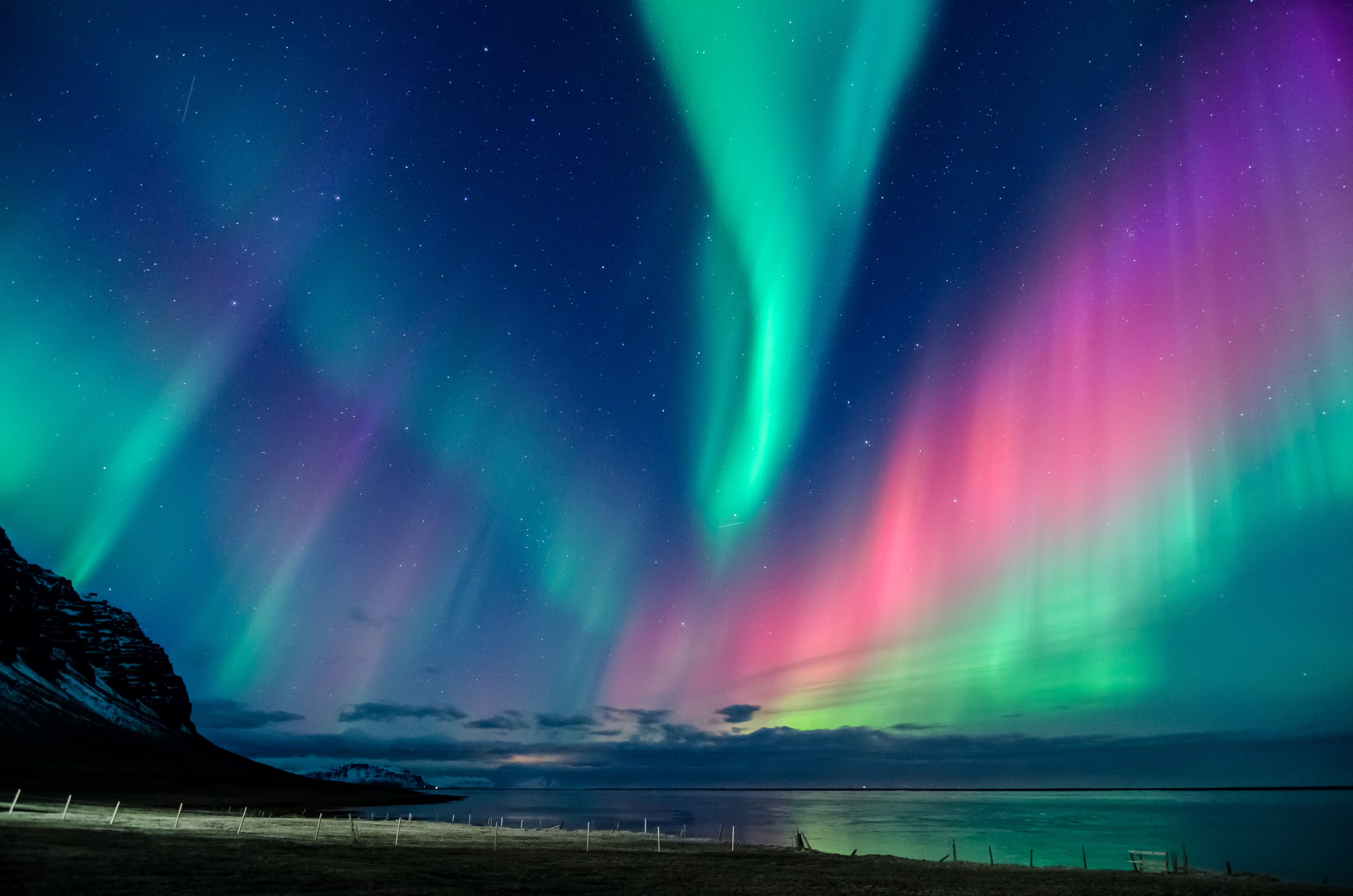 If you’re living in northern areas of the United Kingdom in the next few days then keep your eyes on the skies because a powerful storm occurring on the surface of the sun means that the Northern Lights will more than likely be visible.

Apparently the breathtaking natural phenomenon is caused when charged particles travelling from the sun collide with gas particles in the Earth’s atmosphere. Electrons and protons are then blown across the Earth’s sky by solar winds. All of this means that scientists are able to predict when the Northern Lights are going to be stronger or weaker by observing the surface of the sun.

Forecasters at the Met Office believe that this weekend will more than likely prove to host a spectacular display across UK skies. One spokesperson at the Space Weather Operations Centre stated: “[Coronal Mass Ejection] forecast to arrive late 23rd March following C5 flare from sunspot AR2736. 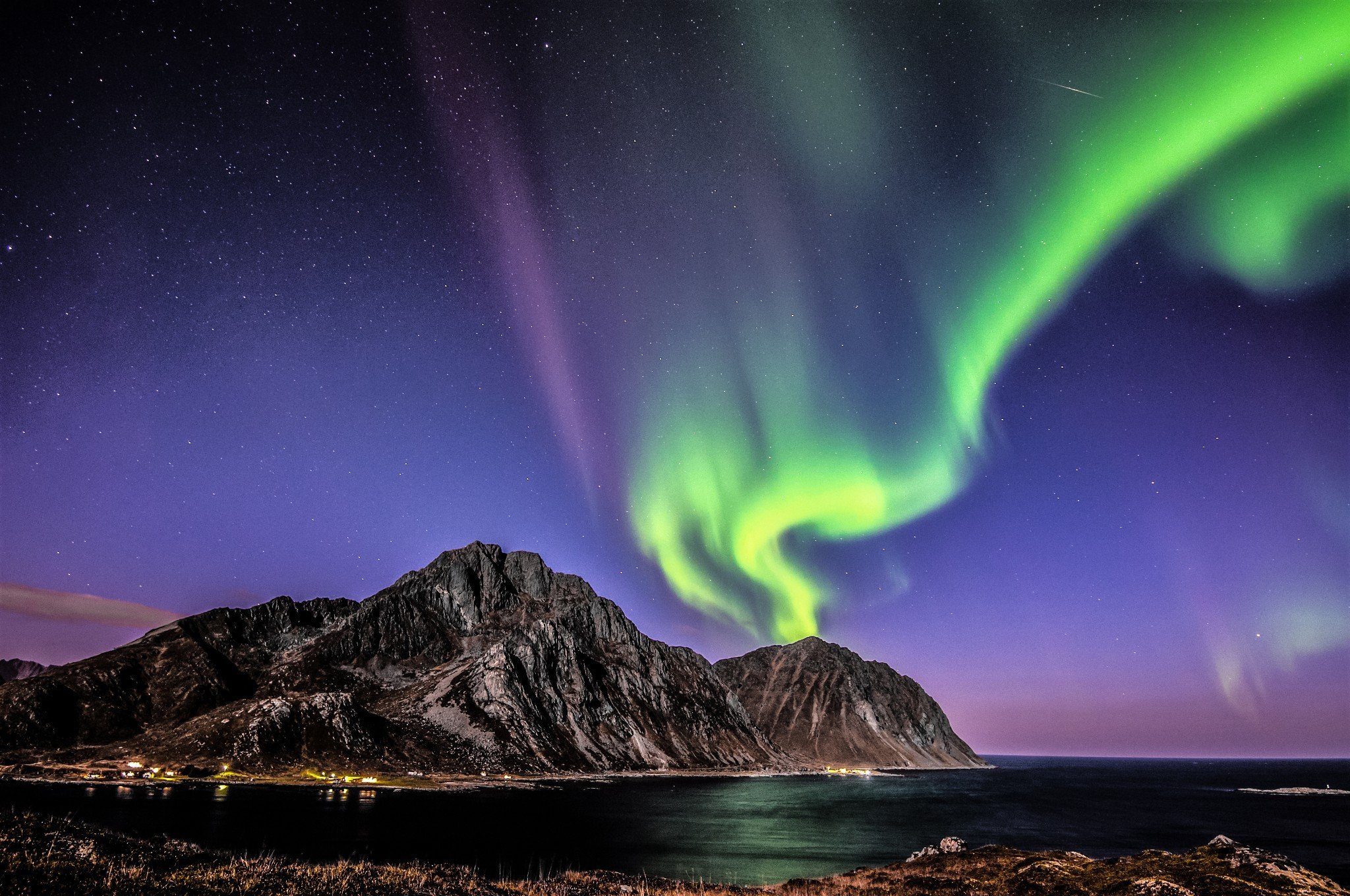 “As a result, aurora may be visible in Scotland where cloud breaks.”

The exciting news has even been confirmed by scientists across the Atlantic. In fact, America’s National Oceanic and Atmospheric Administration or NOAA has managed to give us a precise indication of the potential time slot when the Northern Lights will appear.

NOAA recommends that you keep an eye out for the Northern Lights between 15:00 and 21:00 on Saturday 23rd March. 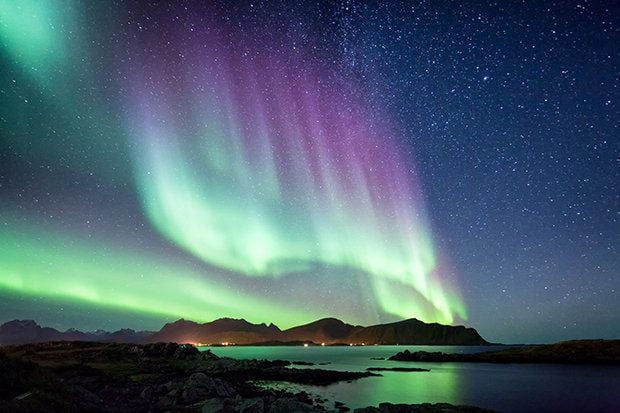 Hopefully the skies will remain clear and people will be able to get a glimpse of this amazing occurrence! You can check on the Met Office website to see whether there will be clouds or rain in your area on Saturday afternoon.

You’ll also be better placed to enjoy the show if you live in a rural area, rather than a built-up city which will most likely cloud the skies with too much light pollution.

Will you be looking out for the Northern Lights this weekend? Let us know in the comments section!