The Most Popular 80s Bands – And If They’re Still Touring

Music in the 1980s has a hard time of it critically. Thanks to the experimental and eclectic standard set by the previous decade, the 80s are often blamed for being a turning point when music became mass-produced mediocrity catered for the radio, where quality was set aside in favour of aesthetic. Commercially, though, the 80s were a monumental time for music - particularly if you were in a band.

At a time when rock still ruled the airwaves, the bands that came about in the 1980s were not only popular with people interested in the genre, but with the global population. Acts like Bon Jovi, Dire Straits, Guns N’ Roses and Van Halen sold millions of copies of their albums, becoming all-time best sellers of the decade. While there were many new names, the 80s also ushered in a return to form for several established bands such as the Rolling Stones and Queen. Here are the ten most popular bands from that much-loathed and much-cherished time. 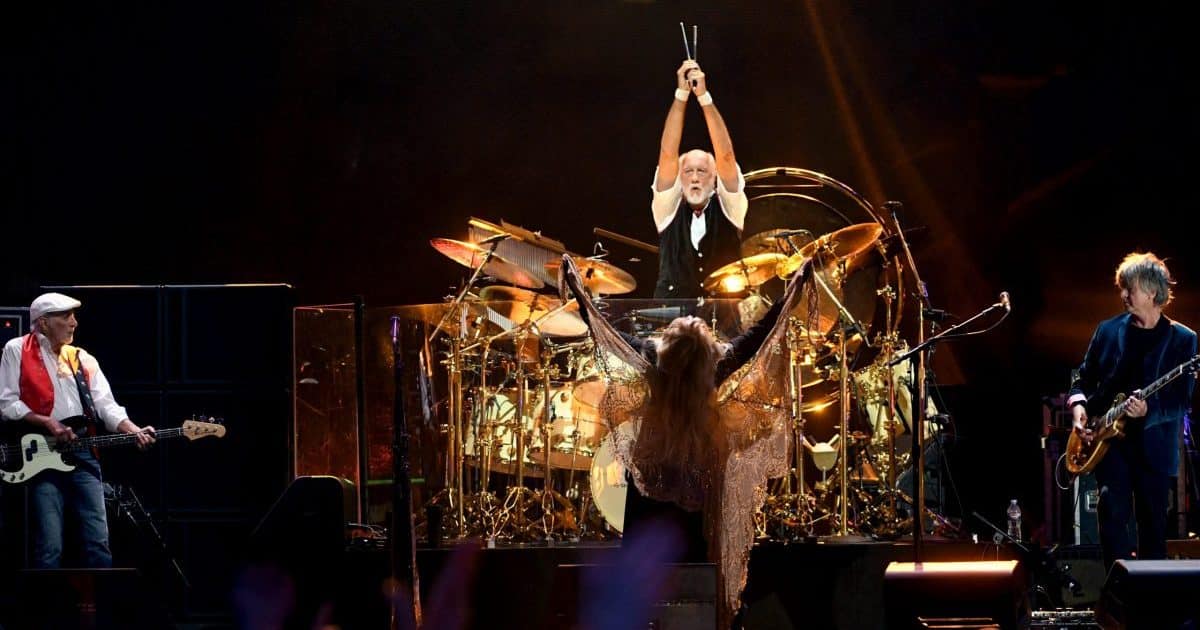 Fleetwood Mac, one of music’s greatest enduring stories, began life as a humble blues band in England back in the 1960s. Following a line-up change and move to the United States in 1974, their music took a different direction. The result was 1977’s Rumours, making the band an international household name. This success continued well into the 80s with the multi-platinum selling Tango in the Night, which featured the singles “Big Love”, “Little Lies”, “Everywhere”, and “Seven Wonders”.

Tango became the seventh-biggest-selling album of the 1980s in the UK, being certified 8× Platinum. Guitarist and songwriter Lindsey Buckingham left shortly after the release of the album, later rejoining in 1997. Fleetwood Mac continued to tour despite creative and personal differences. In 2018, however, guitarist and songwriter Lindsey Buckingham was fired from the band. 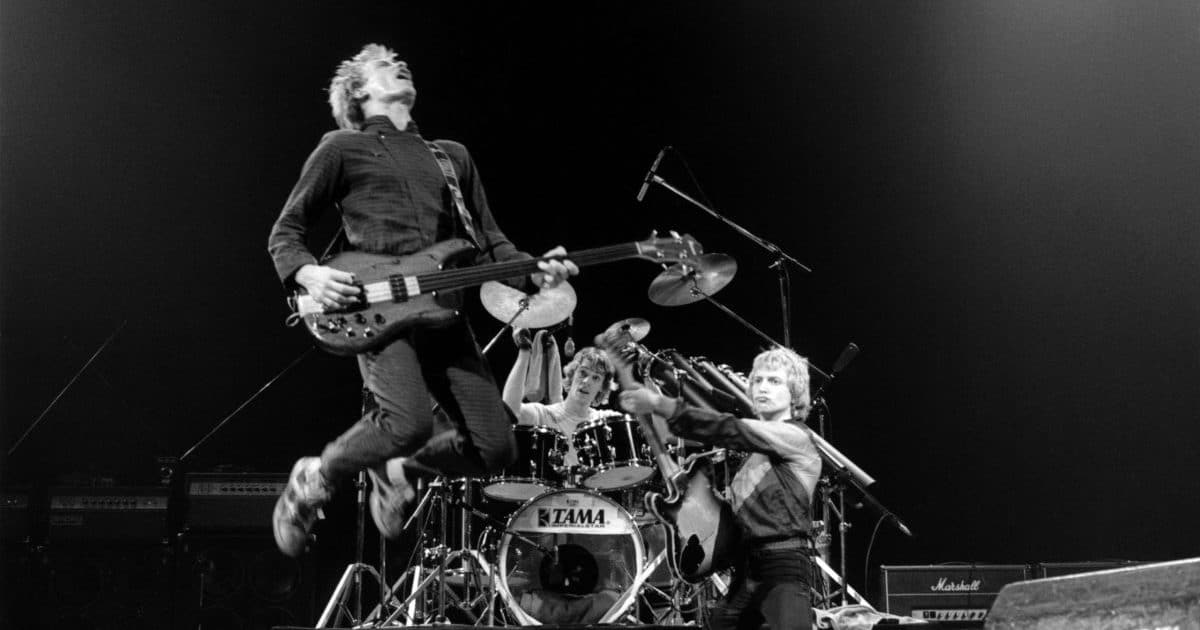 British-American pop-rock superstars the Police set the early 80s alight with their fusion of reggae, jazz and punk. With 1983’s Synchronicity, the band reached a commercial peak, going multiplatinum thanks to the hit singles, “Every Breath You Take”, “King of Pain” and “Wrapped Around Your Finger”. At the 1984 Grammy Awards, Synchronicity was nominated for a total of five awards, including Album of the Year, winning three.

Out of nowhere, with the world’s population in their palms, the Police split up. Sting, of course, went solo and expanded into world music which he continues to succeed in to this day. Drummer Stewart Copeland went on to score several motion pictures. The band reformed in 2007 to mark their 30th anniversary. 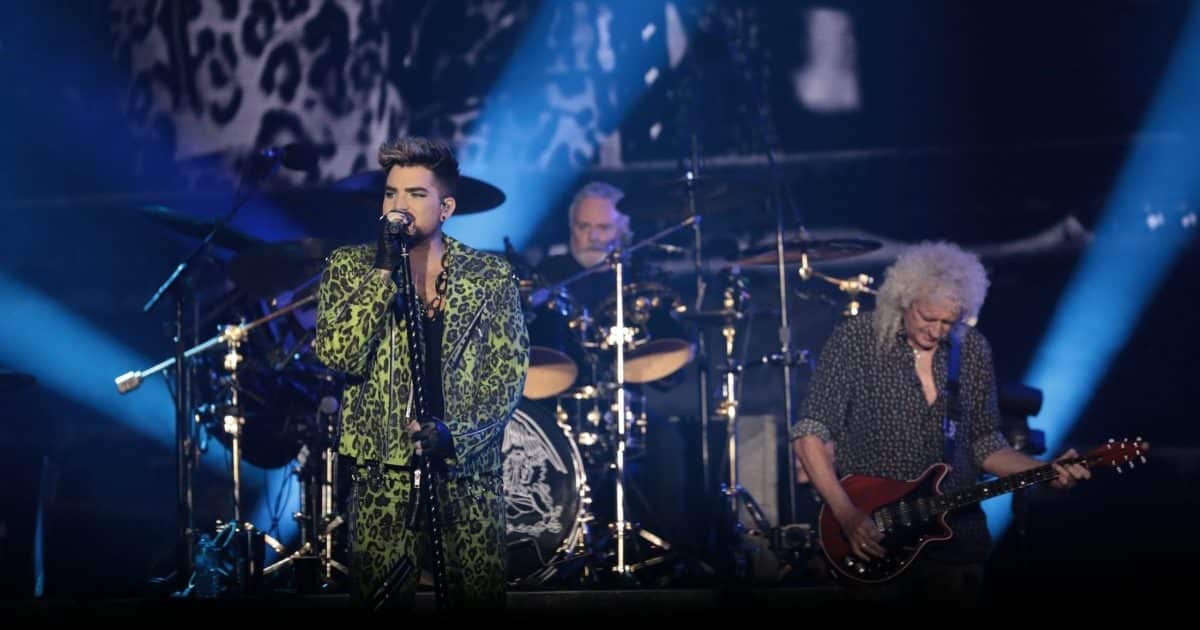 What’s interesting about Queen being on this list is that, for a good chunk of the early 80s, they were all but done for commercially. Having established themselves as a unique mix of glam and prog rock, with a sprinkle of musical theatre, in the 1970s, their first album entry of the new decade would be their last success for a while. 1980’s The Game, featuring “Crazy Little Thing Called Love” and “Another One Bites the Dust,” became Queen’s first number one album in the United States.

After that, Queen struggled to remain relevant. It was their now-legendary performance at Live Aid in 1985 that triggered a return to their former glory, only now with a whole new generation of fans. Sadly, this second wind wasn’t to last too long as Freddie Mercury was soon diagnosed with AIDs, passing away well before his time in 1991. Queen have continued to tour sporadically with guest vocalists. 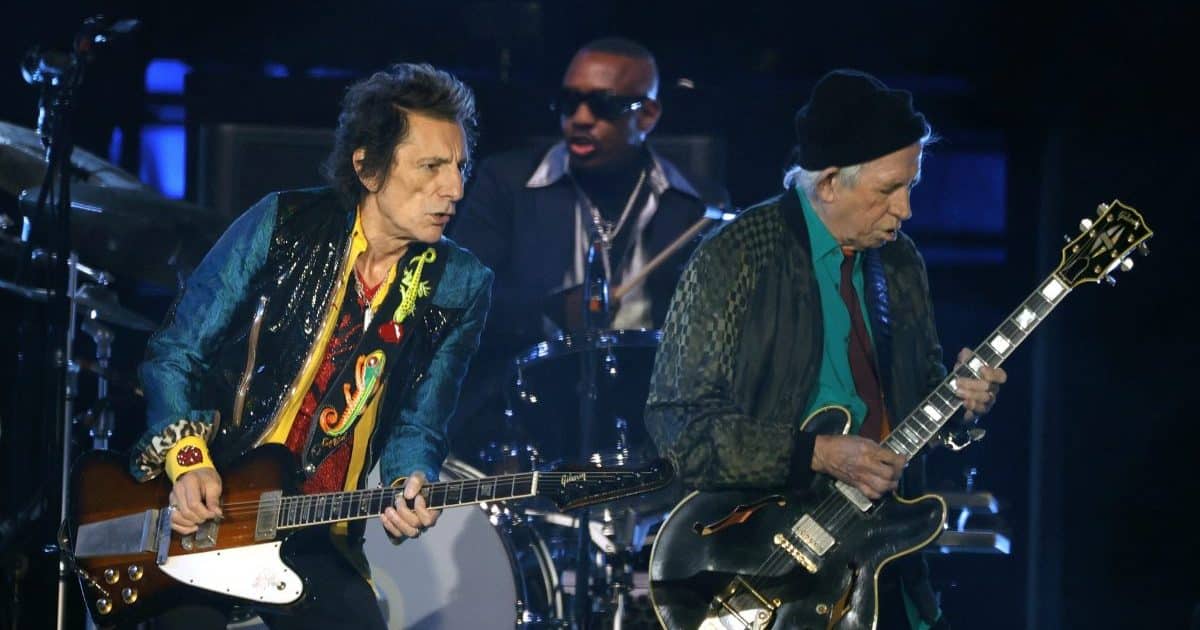 Even by the 1980s, the Rolling Stones were pretty long in the tooth, having been on the scene for two decades. Their contemporaries in the Beatles and Kinks were long gone by the release of Emotional Rescue in 1980. Jagger and co, though slightly more wrinkled, were showing no signs of slowing down. In 1981, they followed Emotional Rescue up with the critically lauded and commercially successful Tattoo You, which featured the songs “Waiting on a Friend” and “Start Me Up”.

Though missing bassist Bill Wyman, who left in 1993, and drummer Charlie Watts, who passed away in 2021, the Stones have since entered their sixtieth year as a musical project, which they celebrated with a stadium tour no less. 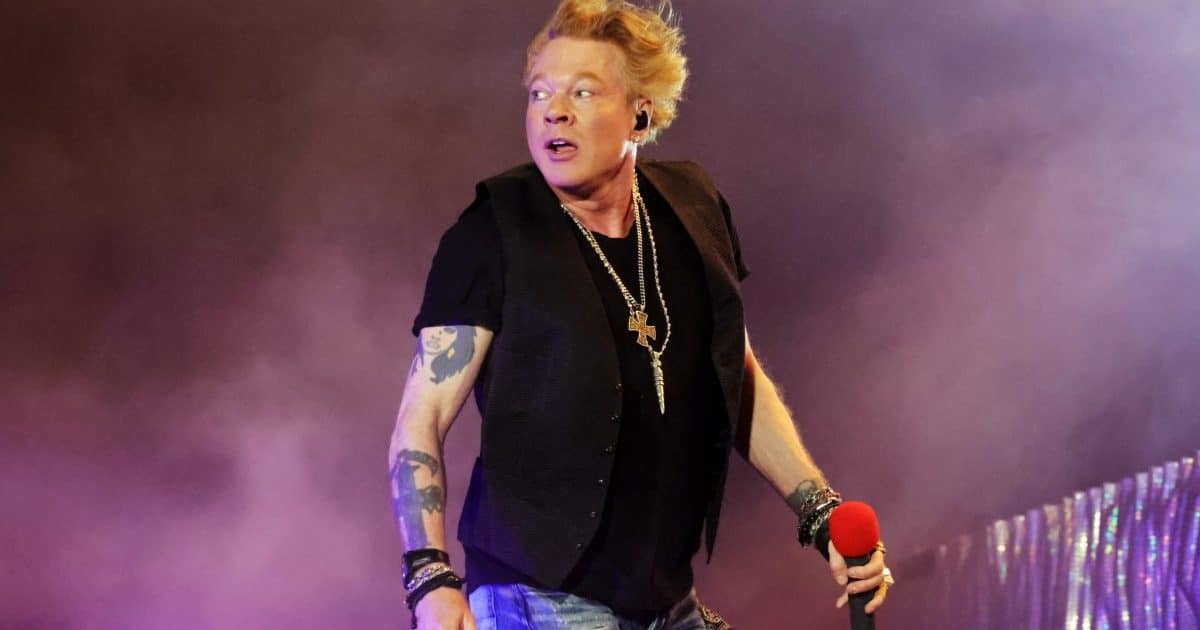 Formed in 1985 by Axl Rose and Izzy Stradlin, LA-based band Guns N’ Roses hit the big time with their 1987 album Appetite for Destruction. Despite featuring the likes of “Paradise City”, “Welcome to the Jungle”, and “Sweet Child o’ Mine”, this album was not initially well received by the critics, who disapproved of its glorification of the sex, drugs and rock n roll lifestyle.

Retrospectively, however, it is heralded as a major work of alt rock.
After a hectic few years of touring, the band eventually waned. The hedonistic lifestyle took its toll and relationships between bandmates became fractured beyond repair. In 1993, guitarist Slash left the group, later rejoining in 2015 to headline Coachella the following year. 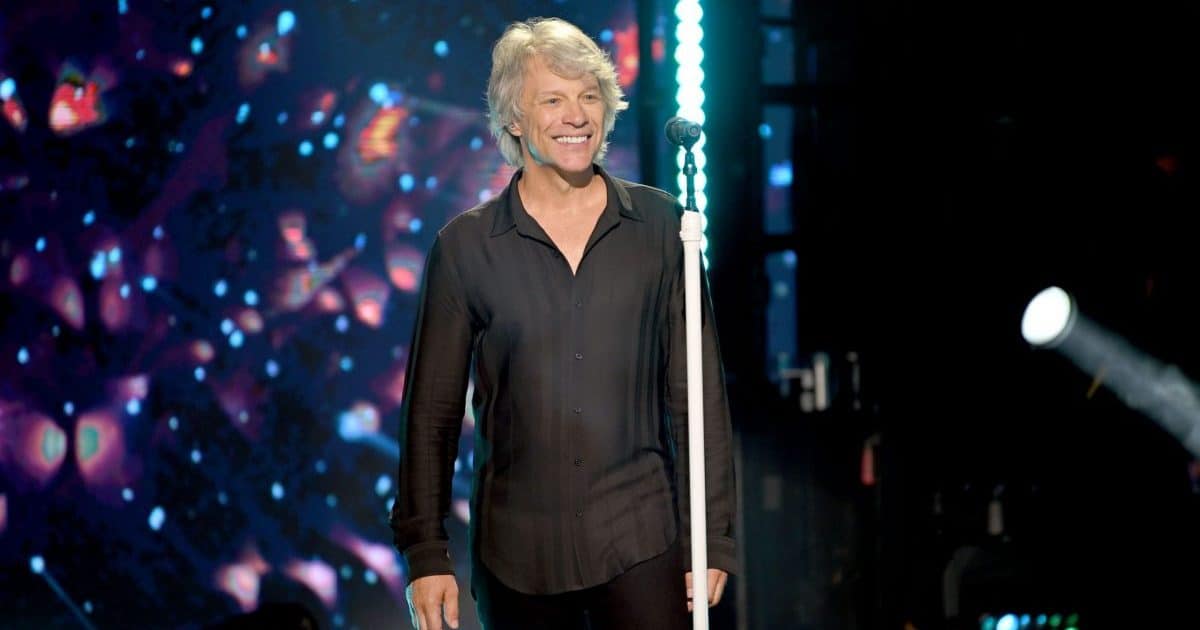 After trying to figure out what they were all about on their first two albums Bon Jovi finally perfected what would become their globally famous radio rock sound with 1986’s Slippery When Wet. With the likes of singles “You Give Love a Bad Name,” “Wanted Dead or Alive” and “Living on a Prayer”, the New Jersey band became one of the biggest American rock bands not just of the 1980s but of all time. The album went on to sell 12,000,000 copies.

Bon Jovi found continued success with 1988’s New Jersey (7 million copies sold) and 1992’s Keep the Faith and have been touring ever since. They even managed to achieved platinum status on their releases well into the 2000s. 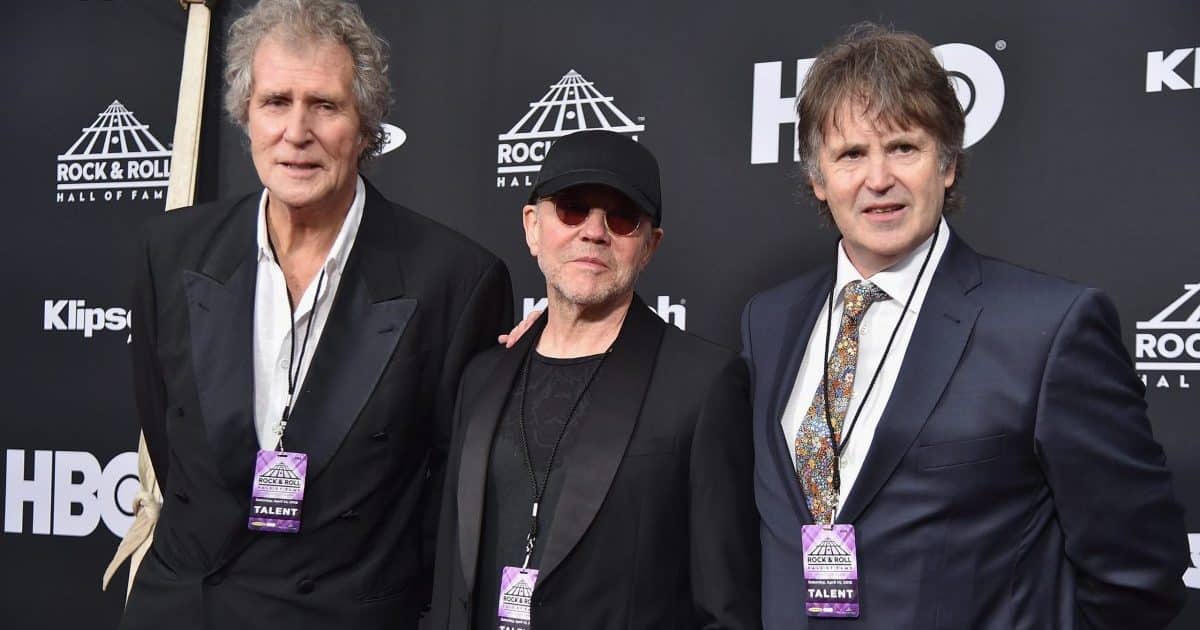 Credit: Theo Wargo / Getty Images For The Rock and Roll Hall of Fame

It’s strange to believe that someone as linked to and well-respected in the music industry as Mark Knopfler, wasn’t ever supposed to be a musician. Prior to founding Dire Straits in 1977, he worked as a journalist and college teacher. A year into the band, however, Knopfler and co had taken over the world with their eponymous debut album which featured the hit “Sultans of Swing”.

They carried this success into the 80s with Making Movies (1980) and Love over Gold (1982) before releasing the commercial behemoth that was Brothers in Arms (1985), which produced the likes of “Money for Nothing”. Breaking up for a short while in 1988, Dire Straits soon reformed in 1991 to release On Every Street. In 2018, the group was inducted into the Rock and Roll Hall of Fame. 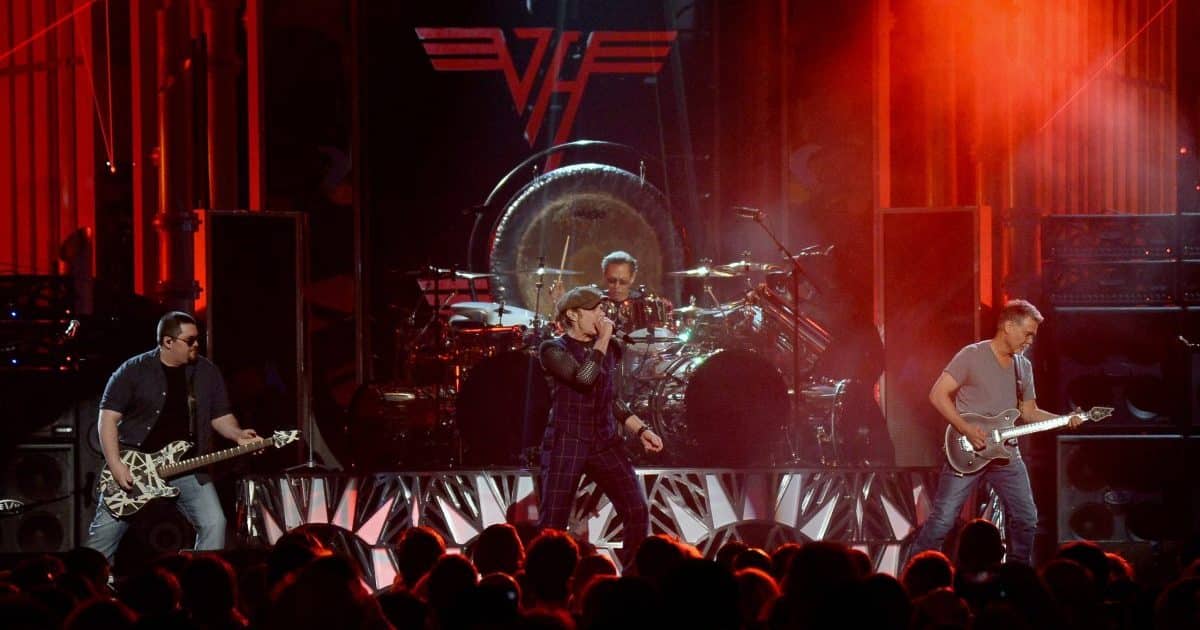 Brothers Eddie and Alex Van Halen initial interests in music were mainly jazz-orientated, thanks to their musician father. When they emigrated from the Netherlands to California in the 1960s, however, they became fully immersed in the explosive world of rock.

After an impressive self-titled debut in 1978, Van Halen - with charismatic lead vocalist David Lee Roth - conquered the 1980s with the release of 1984, featuring classics “Jump” and “Panama”. Roth left shortly after to pursue a solo career while Van Halen produced a further three chart-topping albums. The band finally disbanded following the untimely death of Eddie in 2020. 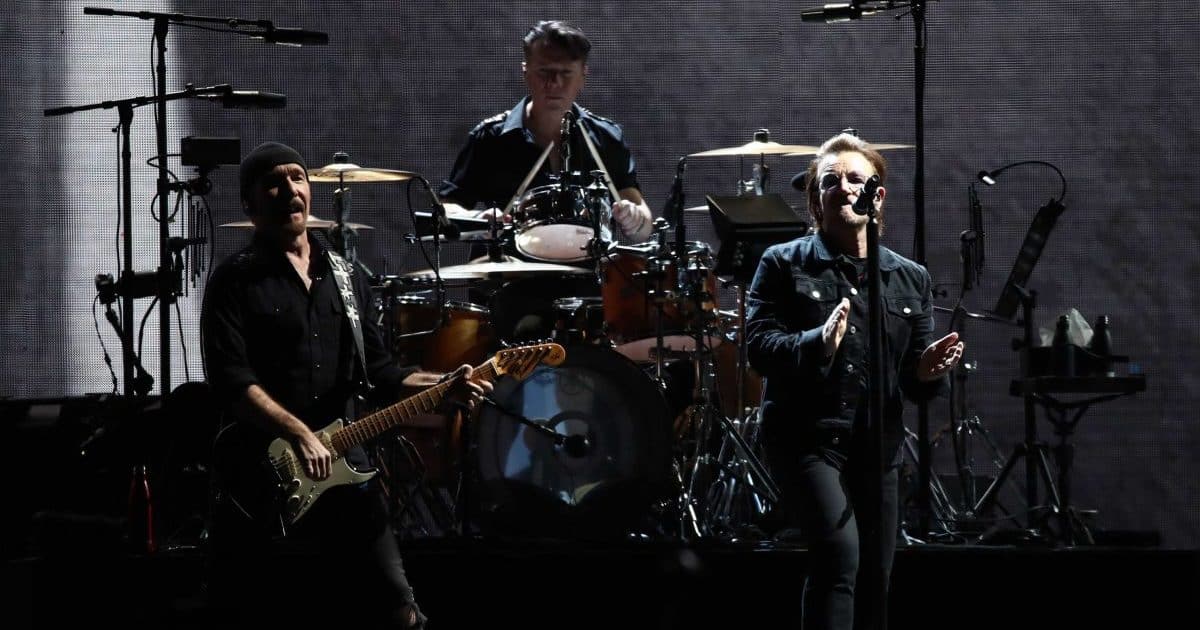 Love them or hate them, U2 are one of the most popular bands of all time. And it all started in the 1980s. This humble postpunk outfit who originally made good impressions with their commentaries on social issues at the time (not least the Troubles) would morph into a stadium rock phenomenon following the multimillion-selling success of 1987’s The Joshua Tree, which gave the world “With or Without You” and “I Still Haven’t Found What I’m Looking For”.

This monster of an album sold 12 million copies, which suited U2 very nicely. The band fell out of favour with their OG fans, who derided them for apparently selling out to mainstream pop, and generally have a mixed reputation among people to this day. Still, they continue to tour the world off the back of those very same songs composed in the late 80s. 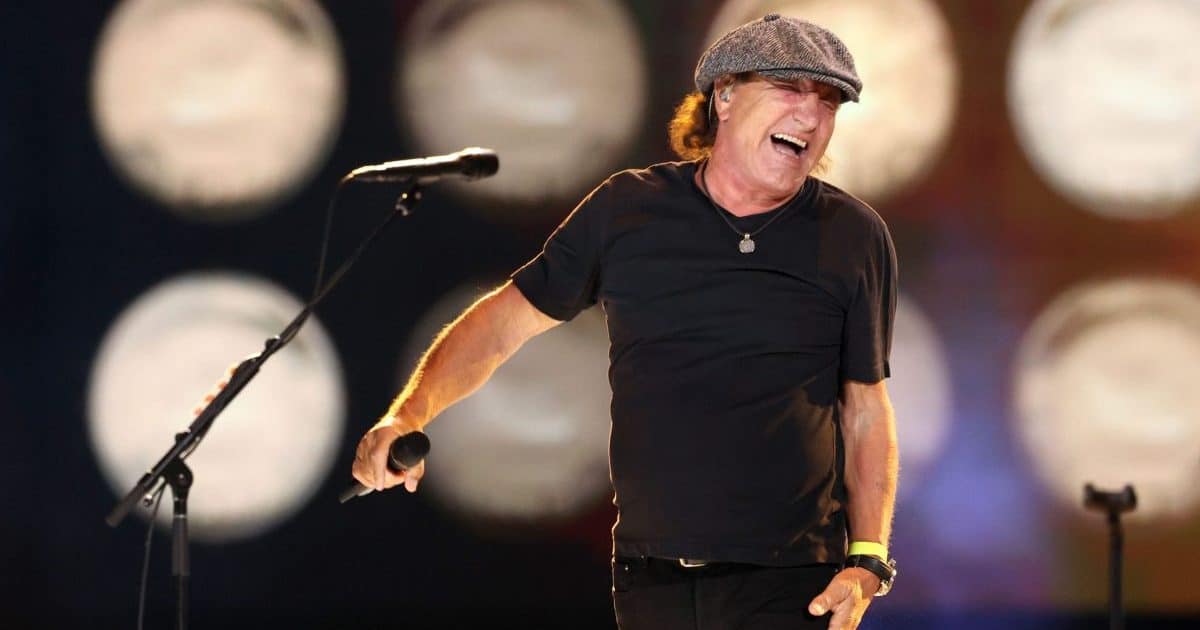 The only entry on this list from Down Under, Aussie rockers AC/DC were formed in 1973 by brothers Angus and Malcolm Young. After relocating to London in 1976, they found success with Highway to Hell, catapulting them to global fame. Following the premature death of singer Bon Scott in 1980, Brian Johnson was brought in for the production of Back in Black, which alone sold 10 million copies in the US. Next year’s For Those About to Rock was also a multi-million seller.

In the decades to follow, AC/DC’s line-up was subject to numerous changes but they still command audiences in dozens of countries right here in 2022.