We first met the Simpsons in 1989 and they have been a permanent fixture on our TV screens ever since. The Simpsons is now the longest running American scripted prime time TV show. You might be surprised to learn that the early star of the show ‘Bart’ is voiced by a female voice actress. Nancy Cartwright has provided the voice to Bart and many other characters on the show throughout its run. You might be interested and even more surprised to learn about some of your other cartoon favourites voiced by Nancy. Let’s have a look at 12 of Nancy’s best characters! 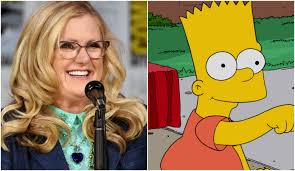 We have to start with Bart. Nancy originally auditioned for the part of Lisa Simpson. She found the character boring and asked the creator, Matt Groening if she could audition for the role of Bart and the rest is history! She also provides voices for Nelson Muntz, Todd Flanders, Ralph Wiggum and many more! 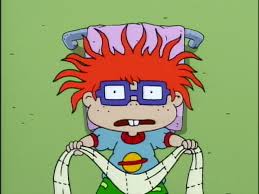 Shy and timid Chuckie Finster was one of our favourite Rugrats and another great example of Nancy Cartwright providing a very convincing male cartoon voice. 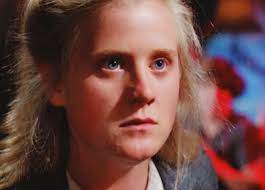 In an early on screen appearance, in 1983 Nancy played the role of Ethel, a young girl who was put inside a television and chased by cartoon monsters. 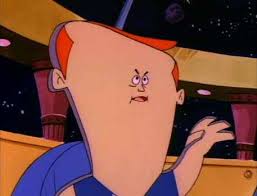 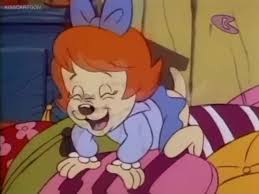 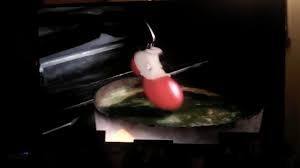 Nancy Cartwright voiced the character who sadly met its demise in the cracking movie “Who Framed Roger Rabbit” as Judge Doom plunged the poor little shoe into the dip. Toon Shoe is seen screaming in agony as it melts into paint. 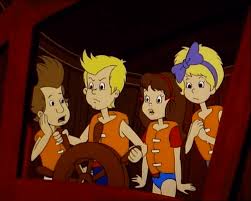 Popeye & Son was a popular 80’s spin off in which Nancy Cartwright provided the voice of Popeye’s son’s best mate Woody. 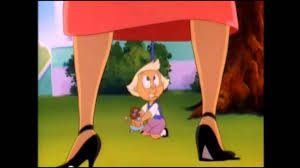 The Animaniacs burst onto our screens in the early 90’s. The character of Mindy was chosen by the daughter of Executive Producer, Steven Spielburg and who better to provide the voice…. yep, you guessed it! 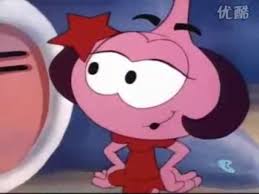 Nancy provided the voice for beauty queen Daffney was an aspiring actress in The Snorks. 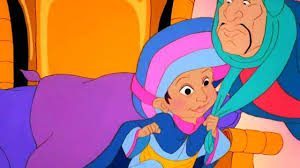 Possibly the most obscure voice in our list is the Arabian Prince who joined Alvin, Simon and Theodore in the 1987 movie, The Chipmunk Adventure. 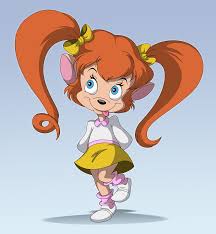 Goof Troop was another early 90’s cartoon, in which Nancy provided the voice for spoilt Kindergarten pupil Pistol Pete. 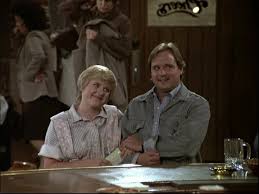 In 1985 Nancy successfully auditioned for the part of Cynthia on the hit show, Cheers! The part was only a guest spot but it is fitting how someone who has gone on to provide such an iconic voice made an appearance in such an iconic show. Cheers Nancy!