10 Of The Most Controversial Episodes Of Friends

Friends is one of the most popular sitcoms of all time, and has entertained generations of viewers in the decades since its release. To many, the show is just a bit of lighthearted fun, the way it was intended when Friends originally aired between 1994 and 2004.

However, this hasn’t stopped there being some serious controversy surrounding certain Friends episodes in the years since. Though times have changed, Friends has stayed the same – and not everyone sees the series as mere harmless comedy anymore.

From incest to good old-fashioned sexism, Friends has it all. We’ve rounded up the top 10 most controversial episodes of the show.

10. The One with Ross and Monica’s Cousin 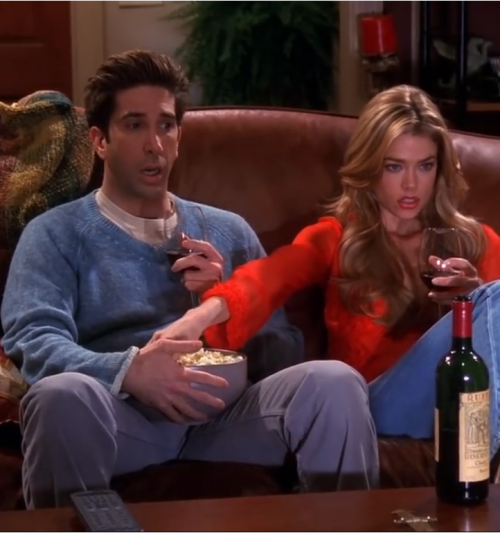 In The One With Ross and Monica’s Cousin, Ross makes an unusual move when he decides to come on to his cousin, reaching over and attempting to kiss her as she sits next to him on the sofa.

Much to our relief, the cousin rebuffs Ross’ advances, and what ensues is a mixture of hilarity and sheer mortification. Mortifying for us as viewers is the fact Ross doesn’t seem to fully appreciate the gravity of incestuous come-ons.

9. The One Where Ross and Rachel Take a Break 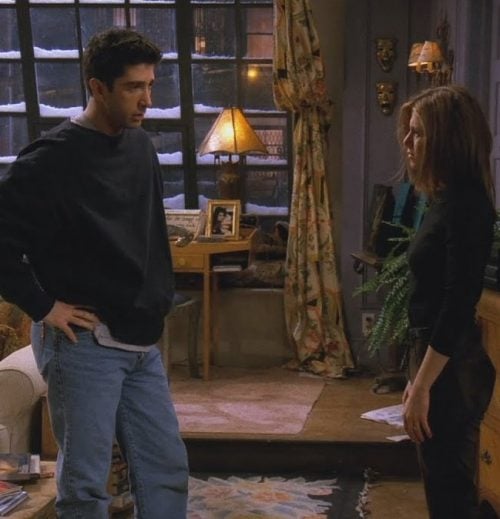 The episode that coined the phrase “we were on a break!”, The One Where Ross and Rachel Take a Break is controversial in more ways than one. For starters, does “being on a break” entitle one to sleep with someone else?

Rachel is, understandably, furious, but the episode led to a divide between viewers. Whilst many were firmly on team Rachel, others argued that Ross was perfectly entitled to sleep with whomever he wished whilst “on a break” from his partner.

8. The One with the Male Nanny 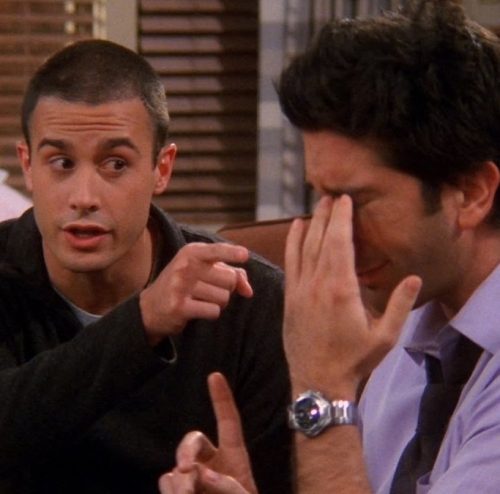 Viewers were left cringing in their seats in response to Ross’ rather bizarre reaction to his infant daughter’s potential nanny. Who was, of course, a man.

Ross is aghast upon finding out ‘Sandy’ is not in fact the woman of his dreams, and he is adamant that there’s something troubling about a man who has chosen this career path.

Ross makes no secret of his disgust, either. Quite the opposite in fact. Sandy is the ideal candidate: experienced, polite; a natural with children. This does not, however, redeem him in the eyes of Ross, much to Rachel’s frustration.

7. The One with Ross’ New Girlfriend 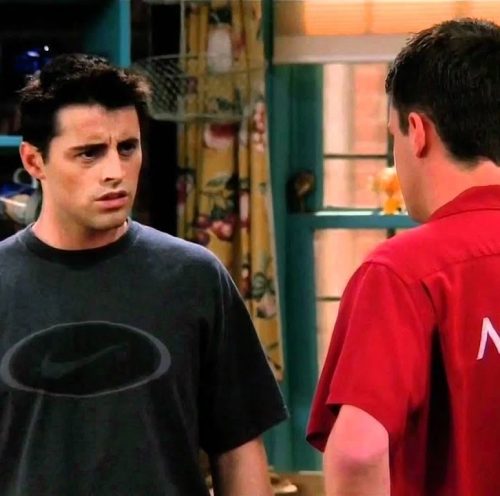 In amongst the chaos of Ross arriving in NYC with his new girlfriend, Julie, Chandler has an equally problematic situation on his hands.

When Chandler visits the tailor recommended by Joey, he gets more than he bargained for when the tailor rather inappropriately grabs him by the crotch to “measure the inseam”. When Chandler reports back to his friend, Joey is unconcerned, claiming that it’s a normal tailoring procedure – before realising that it’s definitely not.

The situation is handled lightheartedly, but the fact that Joey has been molested by his tailor since he was just 15 is somewhat horrific (and also illegal). 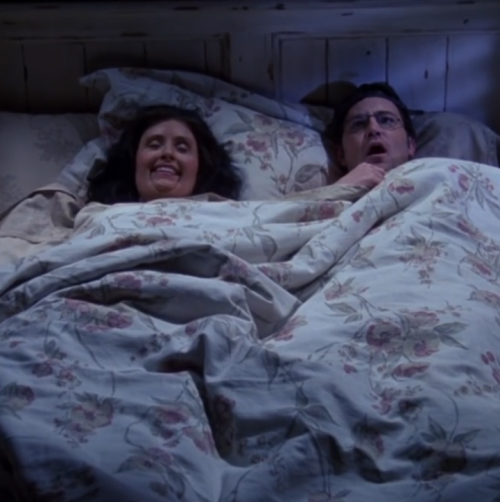 In The One That Could Have Been (Part 2), we see an overweight version of Monica dating Roger, a rather pathetic and somewhat weak-willed doctor. After Roger is called away to an emergency at the hospital, Monica is left to enjoy her romantic meal of oysters alone.

Luckily for Monica, her Knight in Shining Armour (aka Chandler) is ready to step up, and the pair embark on a rather awkward one night stand, which Monica reveals is her first sexual encounter.

The episode as a whole seems to suggest that ‘fat Monica’s standards are far lower than her slimmer counterpart, and that due to her weight, she has been unable to have sex prior to this point. Whilst perhaps this is due to Monica being more confident when slimmer, the attitude is still toxic and rather troubling.

5. The One Where Ross Got High 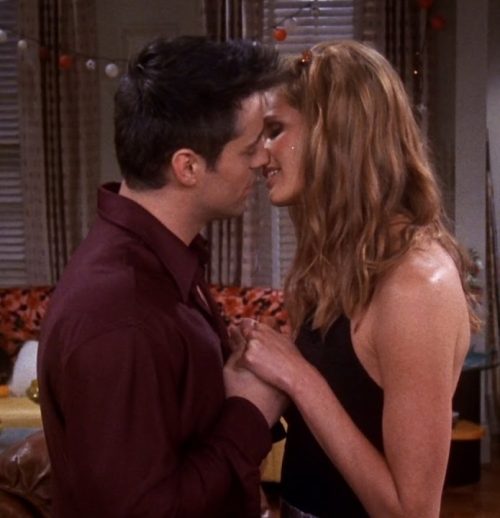 In season nine’s Thanksgiving episode, we learn that Joey has been keeping his apartment at 100 degrees in order to ‘encourage’ his new roommate Janine to take her clothes off.

Joey makes no effort to treat Janine as an actual human being. To him, she is just a woman; someone to be admired and objectified.

Of course, considering Joey’s track record, his attitude towards Janine is hardly surprising. Nonetheless, it serves as a reminder as to the high levels of toxic masculinity apparent in the show.

4. The One with Chandler’s Dad 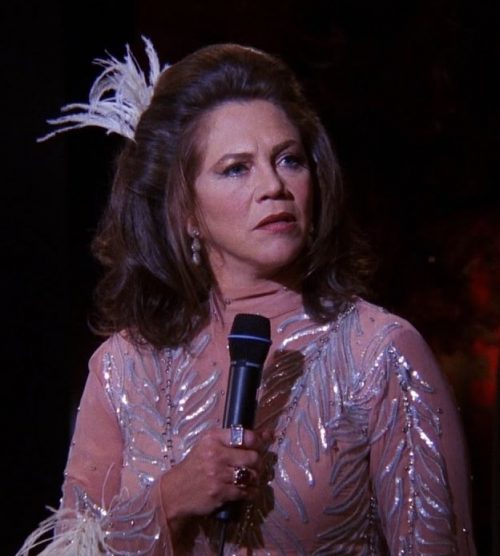 Throughout Friends, it is clear that Chandler is uncomfortable with any hint of deviation from societal norms in terms of sexuality. He acts affronted whenever he is jokingly accused of being “gay”, and his feelings are no more apparent than when he is confronted with his transgender father, Helena Handbasket.

In The One with Chandler’s Dad, Monica and Chandler travel to see Helena, intending to invite her to their wedding. It is revealed that Chandler has been actively avoiding a relationship with his father, largely due to his shame regarding her sexuality.

This trans-phobia is expanded upon in The One with Chandler and Monica’s Wedding (Part 1), in which Helena is repeatedly mis-gendered, with Chandler’s mum rather scathingly asking her “Don’t you have a little too much penis to be wearing a dress like that?”.

3. The One Where Ross Dates a Student 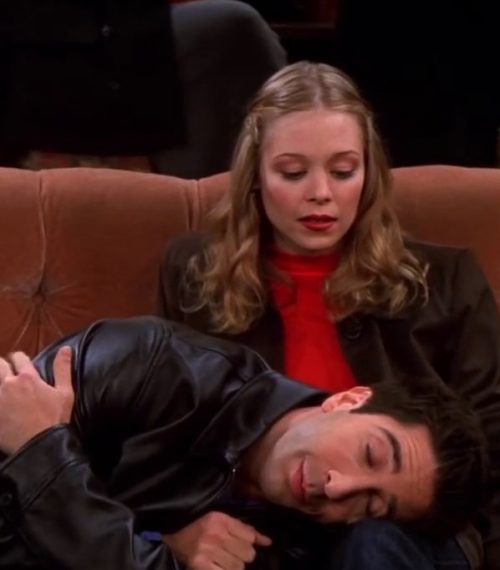 Ross isn’t exactly known for his excellent decision-making skills, however he takes this to a new extreme when he decides to embark on a relationship with one of his pupils, Elizabeth. After Ross receives an anonymous love note from a student, rather than disregard it like any morally aware adult in a position of power, he decides to track down the letter writer through handwriting analysis.

Whilst Elizabeth may well be an adult, Ross is her teacher, and Elizabeth is not exactly mature for her age (she pelts Ross with water balloons after their rather spectacular breakup). When Ross discovers that not only is dating a student “frowned upon”, but actually a fire-able offence, he merely makes an effort to keep his relationship with Elizabeth on the down-low.

2.  The One with the Football 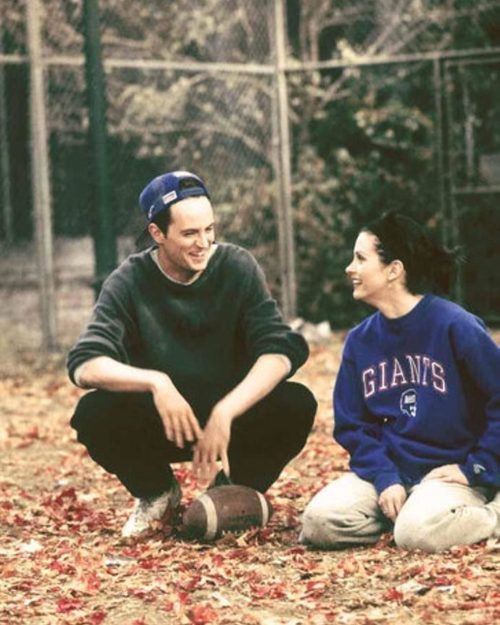 In The One with the Football, the gang decide to start their very own Thanksgiving football game, although Ross and Monica are reluctant at first. Throughout the game, Phoebe and Rachel are portrayed as the stereotypical “weak” female, running aimlessly around the pitch, showing little interest in the game.

Monica, however, is at the opposite end of the spectrum. She is shrill and abrasive, a typically “highly strung” woman who just cannot reign in her emotions.

Eventually, Phoebe resorts to baring her chest in an attempt to distract the men. Perhaps using one’s femininity to one’s advantage should be considered somewhat of a feminist move, though the fact the women are used merely as a distraction technique is somewhat troubling. 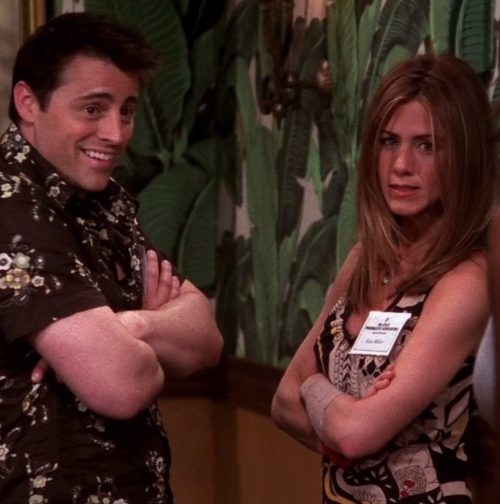 In The One in Barbados, there are two instances of “partner swapping”. After Joey and Charlie realise they have very little in common after all, they break up. Rachel then decides to confess her feelings towards Joey, and the pair embark on a short-lived relationship.

Meanwhile, Ross and Charlie get cosy in the adjoining hotel room, whilst the remaining friends rather bizarrely listen to their encounter through the walls.

In just the previous episode, Phoebe swapped out David for Mike, only adding to the partner-swapping chaos. Whilst not particularly disturbing, the fact that romantic partners are seen as almost disposable and interchangeable is strange to say the least.