Harry Potter’s novel series was released more than two decades ago. One prominent feature of all the Harry Potter movies is the phenomenal cast. There were many female actors in the eight movie series who managed to steal the show. Now all of them have grown up and some of them have maded successful careers for themselves today. Today, we will head back in the past and remember most of them when they were just little kids acting in one of the greatest movie franchises.

Clémence Poésy portrayed Fleur Delacour in “Harry Potter and the Goblet of Fire”. Outside of Harry Potter she’s still active in the modeling world and has the Instagram account to prove it. She’s been the face of several perfume marketing campaigns and explored the world of music in a duet with British star Miles Kane, but you’re still more likely to see her on the big screen than anywhere else. “In Bruges” and “127 Hours” are just two of her more prominent roles, but she also appears in a number of French language films. 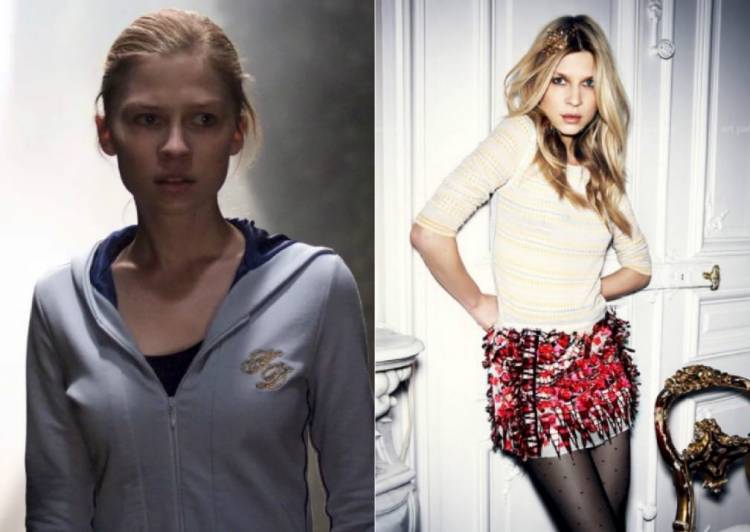 Bonnie Wright has blossomed in a way that mirrors her character’s story. Like many of the Potter girls, she found her way into modeling, but seems to have fallen in love with the creative side of the movie industry. As well as continuing to act, she also has credits as a director and screenwriter to her name and has achieved all this whilst still in her 20s. 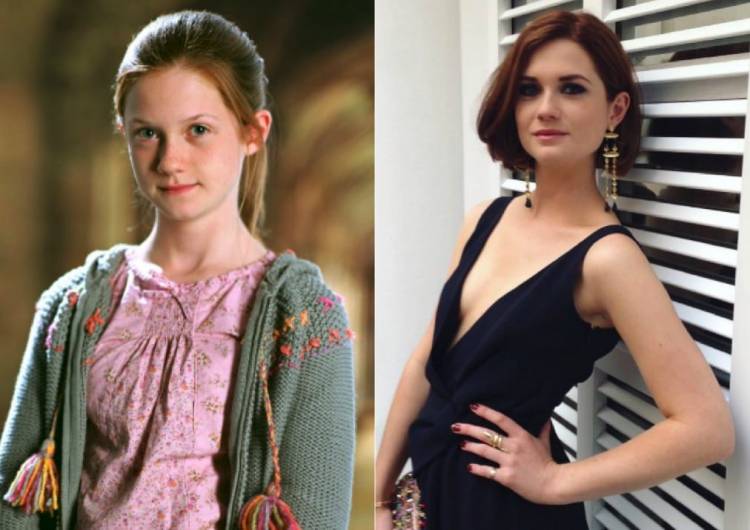 Scarlett Byrne was the second choice to play Pansy Parkinson. She moved on to a starring role in the popular “Vampire Diaries” series, as well as spending some time in Canada making “Falling Skies.” Her bold, striking looks have caught many an eye, and in 2015 she confirmed her engagement to Hugh Hefner’s son. 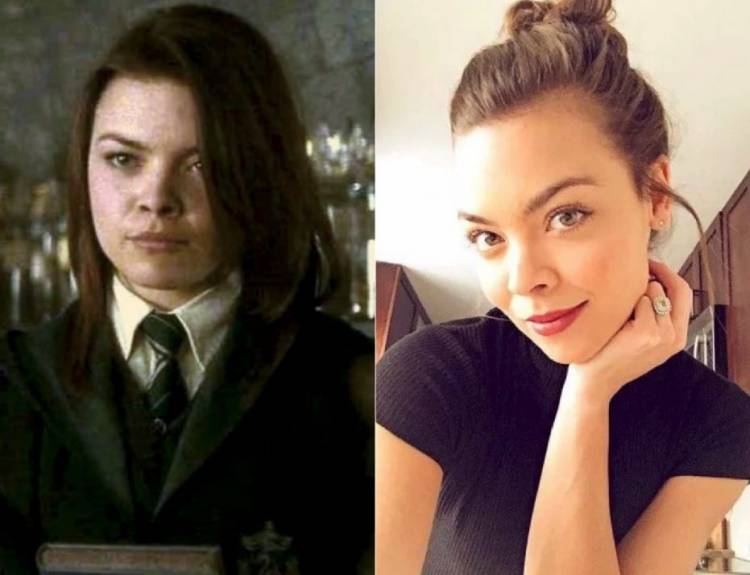 Julianne Hough was in “Harry Potter and the Philosopher’s Stone” in a tiny cameo performance.
Hough is everywhere these days. She’s won “Dancing with the Stars” twice, she’s tried her hand as a country music star and released two albums. She also bagged a lead role in the remake of “Footloose” propelled her into the stratosphere, and she followed it up with the movie version of popular Broadway show “Rock of Ages”. 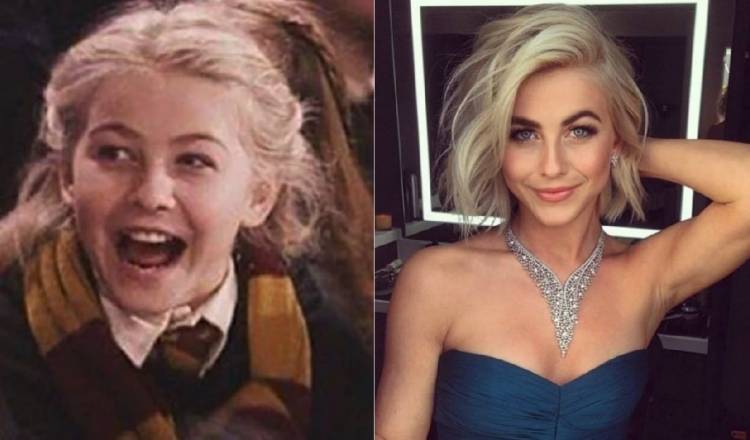 Afshan Azad was actually the second actor to step to portray Padma Patil’s role. Earlier, Sharon Sandhu played the part in “The Prisoner of Azkaban”. She made the headlines in 2010 when she was attacked by her own family due to her relationship with a non-Muslim man. 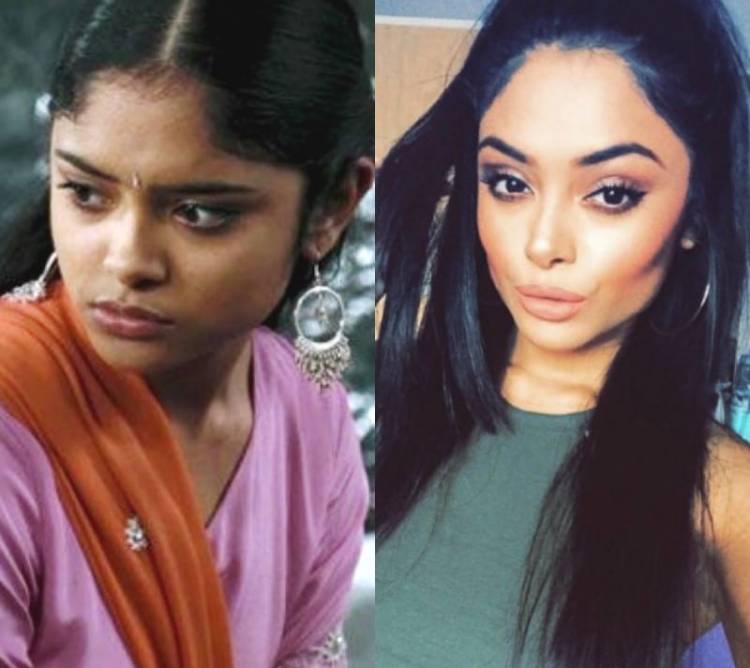 Lavender Brown was quirky, interesting and cool. Jessie Cave seemed to possess the same interesting sparkling individuality as Lavender. Cave has now re-invented herself as a comedian. She’s appeared on several television shows and comedy festivals with a character named ‘Bookworm’ whom she freely admits is partially based on obsessive Potter fans. Unsurprisingly, Cave has also moved into the world of fashion design. 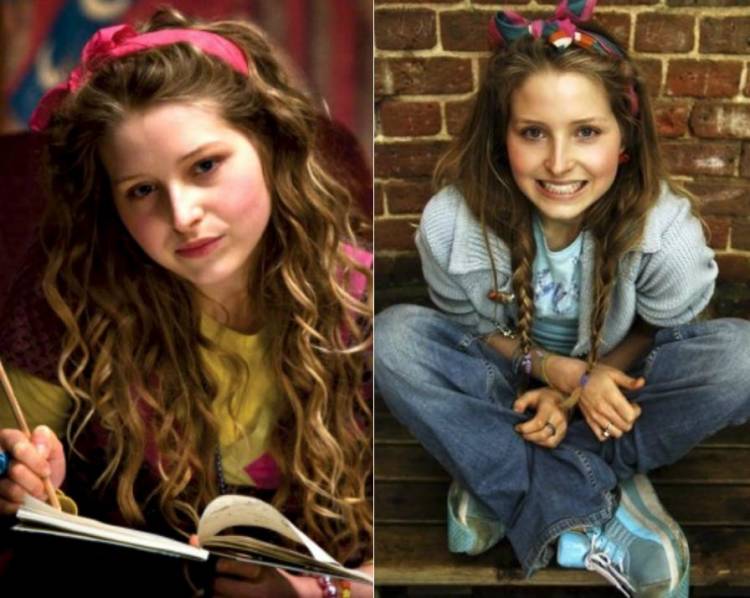 Georgina Leonidas does a great job of playing the role of Katie Bell in “Harry Potter and the Half-Blood Prince”. She’s currently a regular performer on the stage in London theaters, which are notoriously reserved for more “serious” actors. She’s good friends with Jessie Cave from their Harry Potter days, and the two have been known to make the occasional YouTube video together. 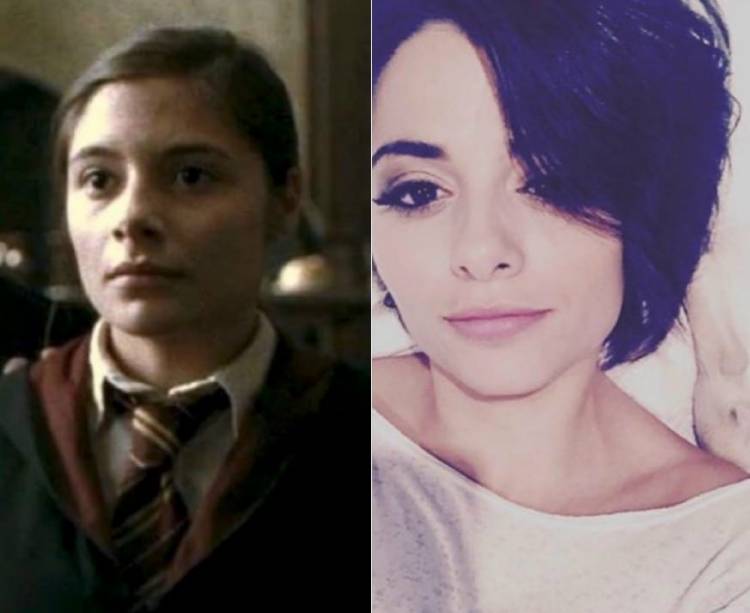 Remember that bit in “Harry Potter and the Half Blood Prince”, where Harry and Dumbledore are meeting in a cafe, and Harry gets a little awestruck by the waitress? That’s Elarica Johnson. She didn’t have a major role in the films, but she made just as big an impression on some viewers as she did on Harry. Johnson also got a part in “Strike”, which is based on J.K Rowling’s novel “Cuckoo’s Calling”. We’d like to believe that J.K. herself made that casting decision. She’s also appeared on long running British soap opera “Eastenders”. 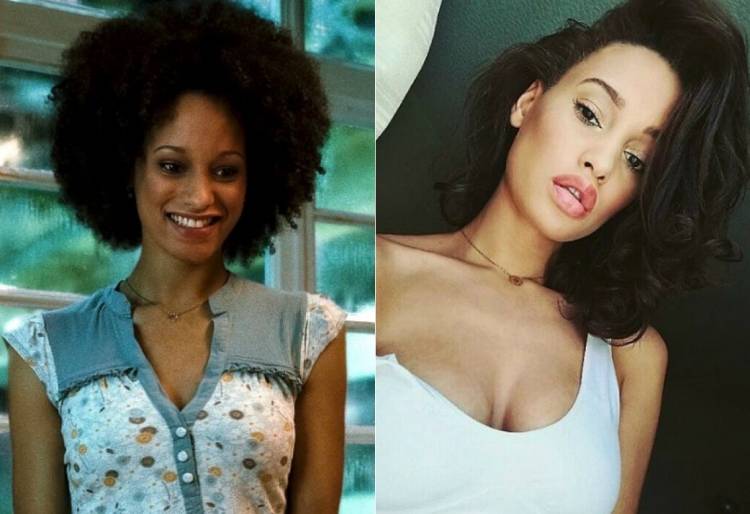 Leung, who played the part of Cho Chang almost gave up acting completely when the film series ended, and considered pursuing her passion for photography full time. However, she decided to return on both stage and screen and is a part of many projects. 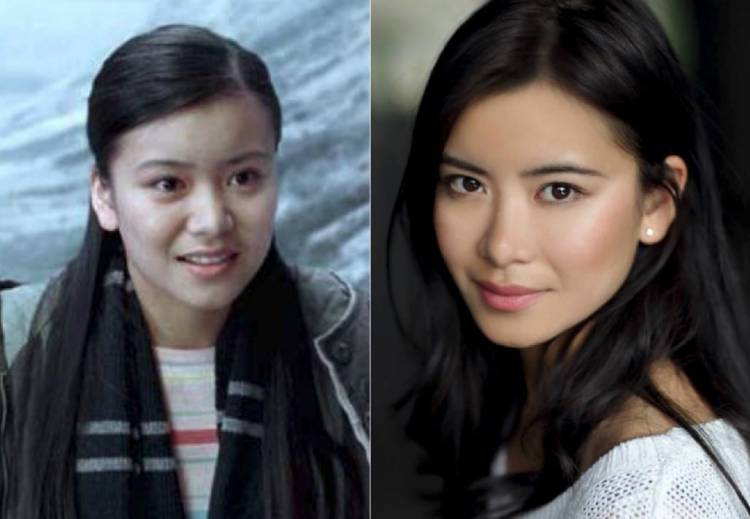 Susan Bones’ role was played by Eleanor Columbus, the daughter of Chris Columbus, who directed the movies. She isn’t interested in acting and is rumored to be dating Steven Tyler of Aerosmith. 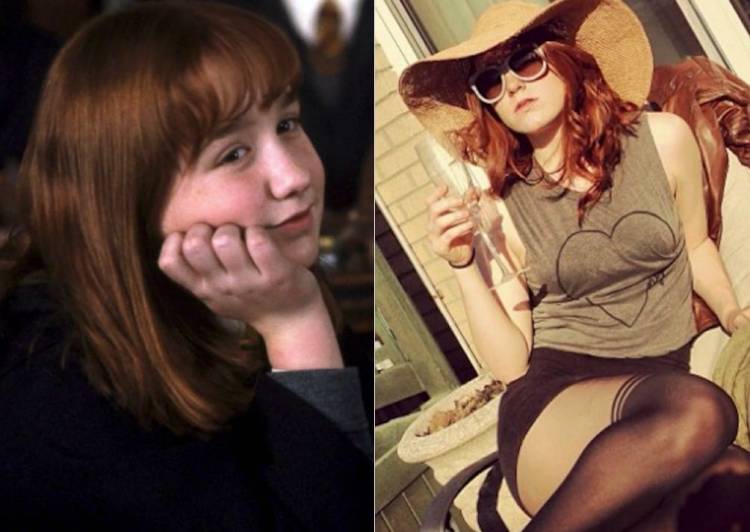 Nymphadora Tonks was played actor Natalia Tena. She’s toured with the Royal Shakespeare Company playing a major role in “Othello”, and gave a fearsome performance as Osha in Game of Thrones. 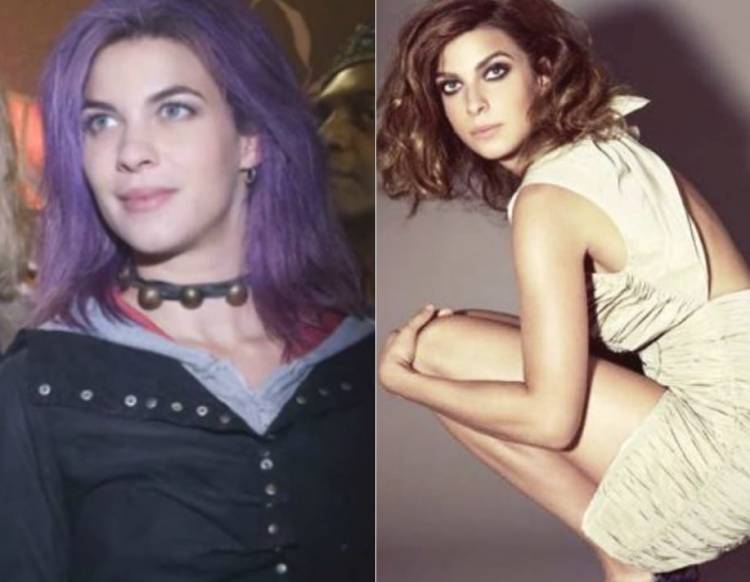 Ellie Darcey-Alden played Harry Potter’s mother Lily as a child during flashback scenes in the final film.Darcey-Alden entered in showbiz in the classic way, through dance and stage schools. Shortly after her Harry Potter appearance, she won a large role in a “Doctor Who” Christmas special. Now, she has taken a break from her career and is focusing on her life instead. 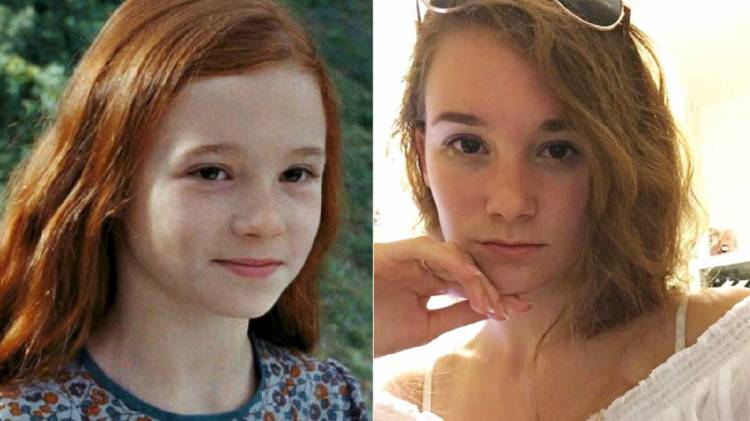 Tiana Benjamin appeared as Quidditch team captain in “Harry Potter and the Goblet of Fire”. Benjamin has continued to find steady work as an actress on British television, including a four-year stint on the popular soap opera “Eastenders”, and has another movie credit to her name with an appearance in “Fast Girls”. 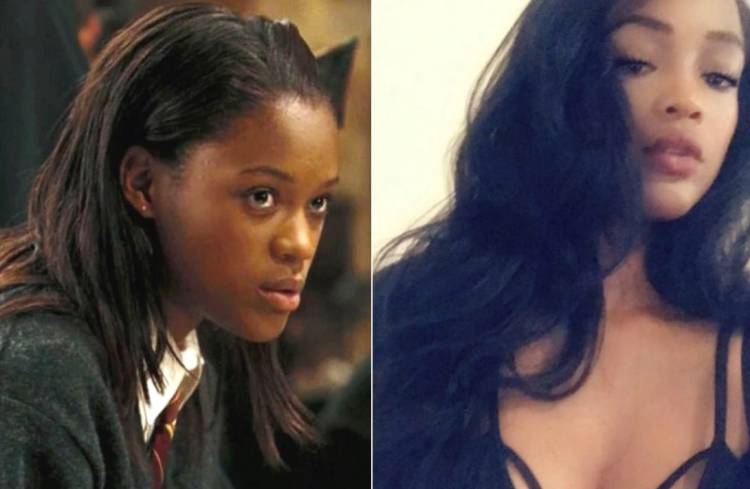 Helena Ravenclaw or “the Grey Lady”, was a ghostly character. Kelly MacDonald excelled in this role as a performer. She starred in the cult hit “Trainspotting”, and separated after a long-term marriage to a Scottish rock star, Dougie Payne. She’s next due to appear in film in “Holmes and Watson” as Mrs. Hudson. 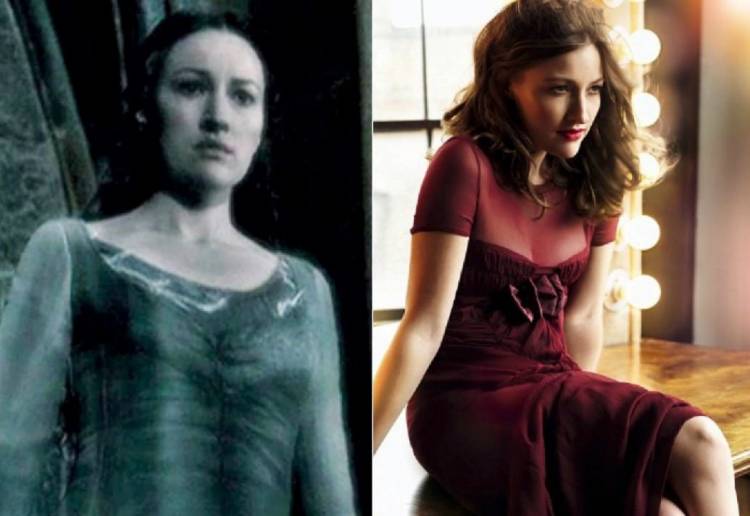 Lily Luna Potter is Harry’s daughter played by Daphne de Beistegui got the part, and Daniel Radcliffe speaks fondly of his time on set with her, during which she followed him around as if he really was her dad. Now eighteen years old, she has quit the world of acting. 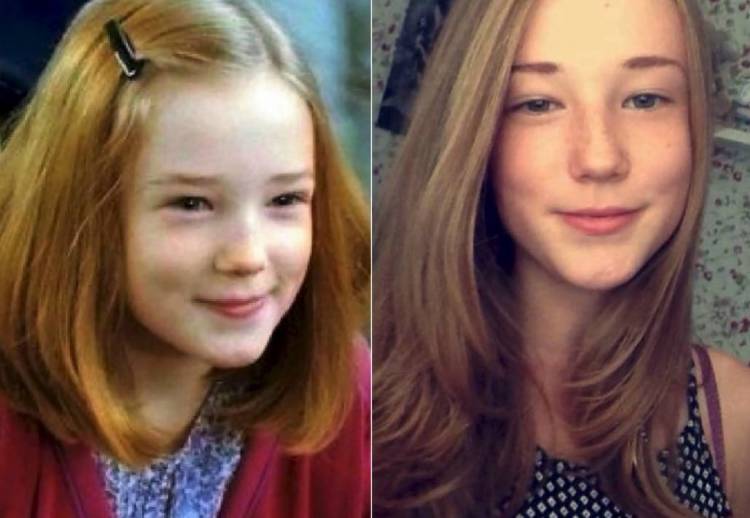 Hannah Abbott portrayed by actor Charlotte Skeoch married Neville Longbottom and ran the Leaky Cauldron. She briefly appeared in “Eastenders”. Not the easiest of people to track down online, she trained and worked as a professional dancer for a while, and then as a journalist for the Huffington Post. She’s finally settled down in London, teaching English to 11-18-year-olds. 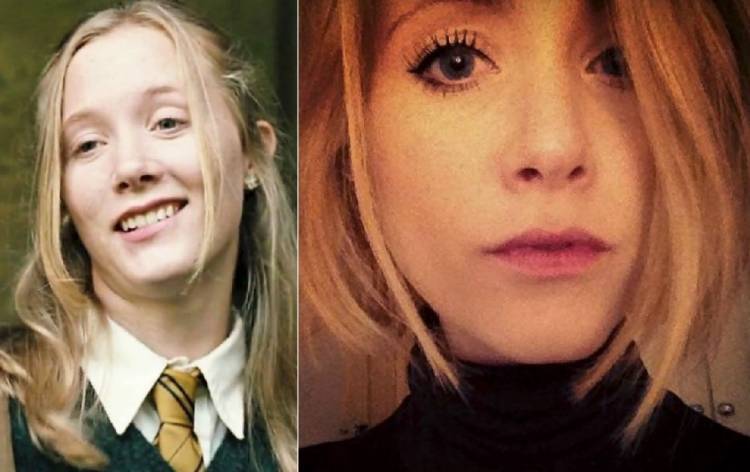 Emma Watson is now a UN Goodwill Ambassador promoting gender equality issues and has regularly spoken out in support of feminist causes, as well as being a leading figure in the #MeToo movement. She seems to have the world at her feet, and she’s not yet even 30. 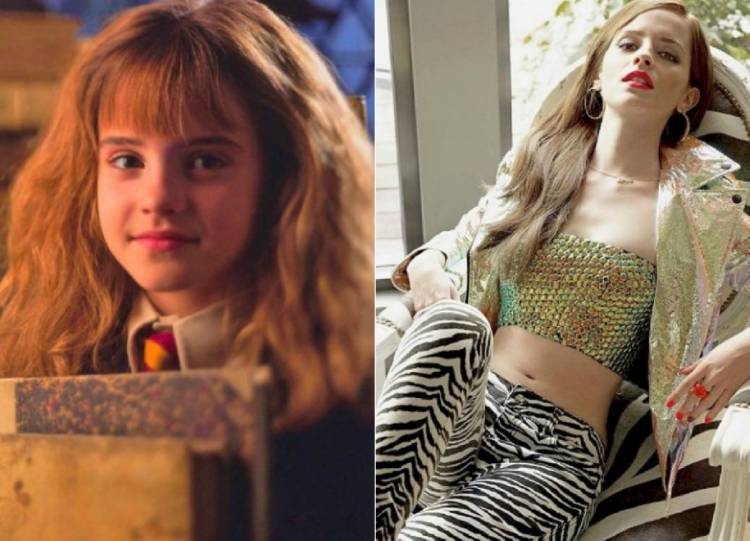 Anna Shaffer plays the role of Romilda Vane quite effortlessly, and with her looks it’s a wonder Harry managed to turn her down! There’s plenty of soap opera going around for attractive actors in Britain, and “Hollyoaks” in particular has a reputation for casting the young and the beautiful. Shaffer fit the description perfectly and has been appearing regularly on the show since 2011. A prominent role in “Doctor Who” spin-off “Class” boosted her star power further, and her legions of Instagram followers are kept entertained by her occasional work as a lingerie model. 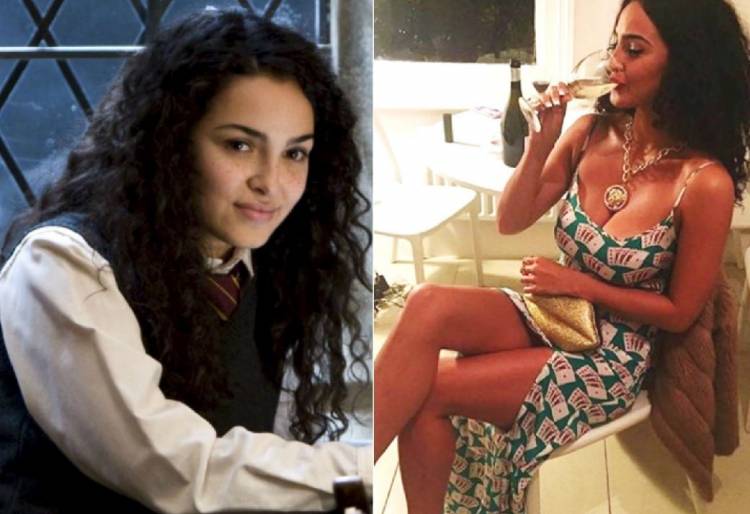 Mandy is all grown up and rocking the vampire look with the spooky contact lenses. She might be working hard to throw off her Harry Potter past and reinvent herself as an adult. She seems to spend a lot of her time on the party circuit, with a fair share of modeling work on display too. 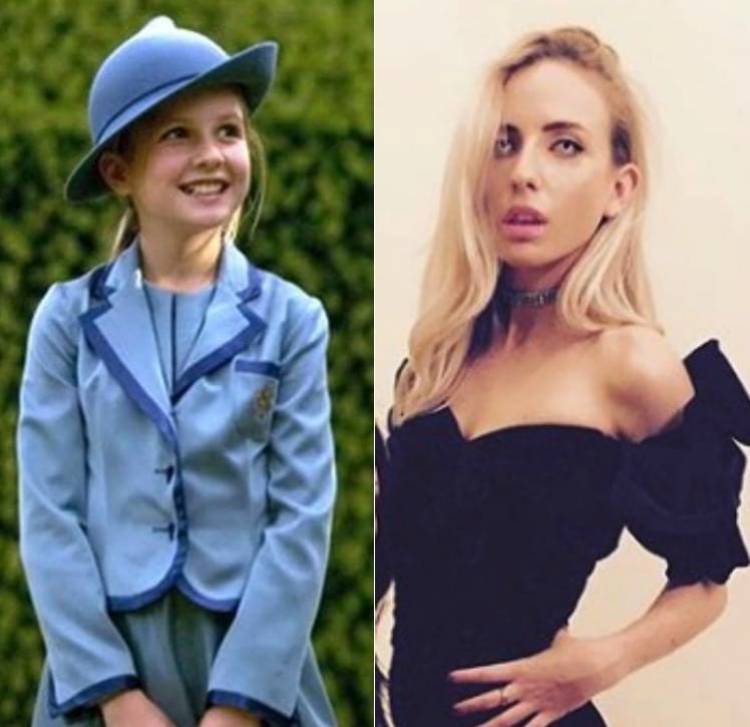 Lucy-Anne Brooks played a prim, proper and demure Beauxbatons girl seen here with her classmates on the left. She had a couple of minor roles in other films – “Charlie and the Chocolate Factory” being one of them, but as she grew up, Brooks made the transition from child star to adult star quite literally. 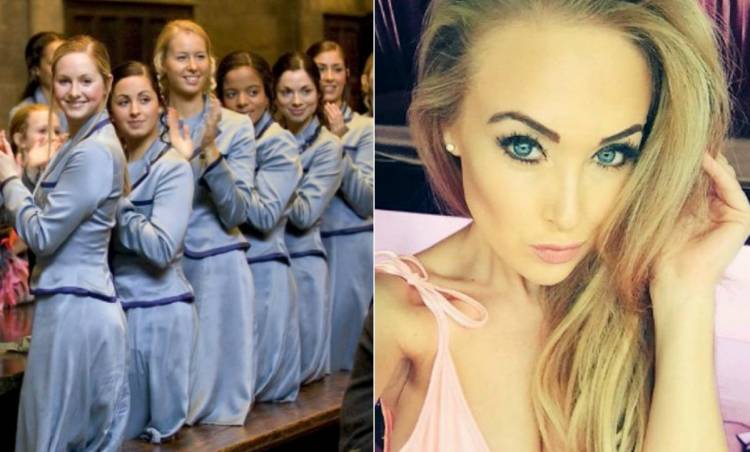 Here’s Genevieve Gaunt, who was the original performer in the role. She only made one appearance in the part, and nobody seems to know why the role was recast. It certainly wasn’t because Gaunt isn’t a great actor. She has been acting in “The Royals” since 2015. She’s got the sultry pout look down perfectly on Instagram, and with a double first in English from the prestigious Cambridge University, she has the brains to go with her beauty. 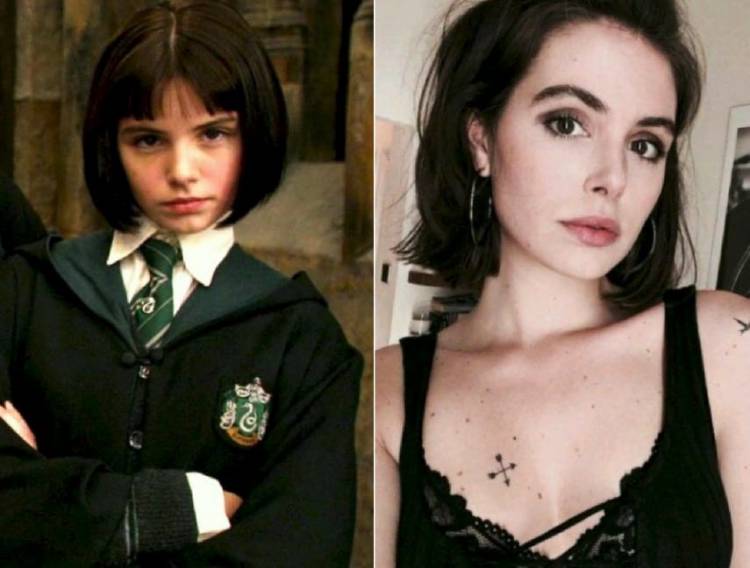 Here’s the other of the Patil sisters, played by Shefali Chowdhury. Stepping away from fame, she was known at one point to be studying photography back home in Birmingham, England, and her social media accounts indicate a strong interest in environmental concerns and animal rights issues. 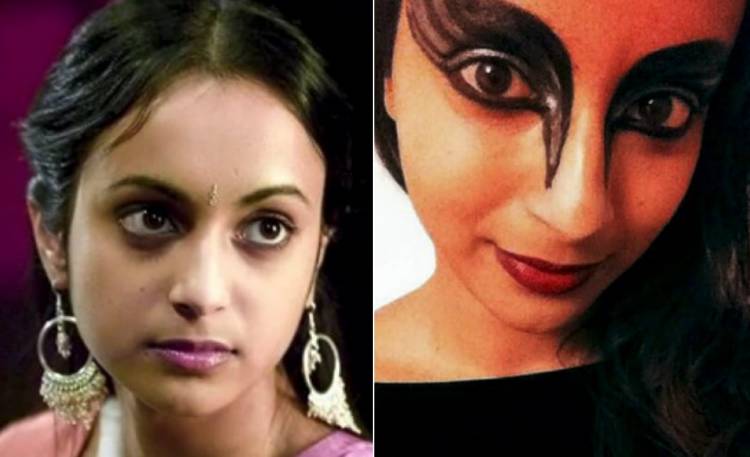 Ariana Dumbledore is another ghostly character in Harry Potter, although in her case she isn’t so much a ghost as an apparition. Hebe Beardsall recently received a great deal of acclaim for her work in the movie “Funny Cow”. A recent newspaper article noted that acting doesn’t yet pay all the bills for her, and she has a day job as a children’s entertainer. 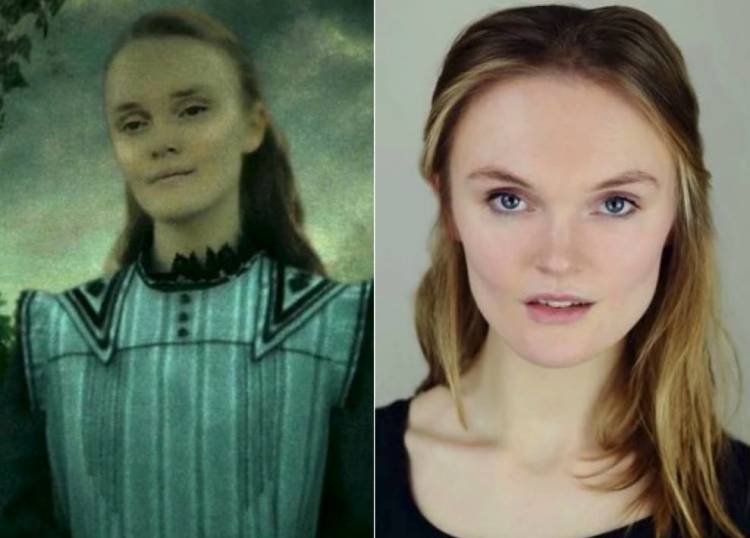 Luna Lovegood  was very different as a character, managing to stand out as strange even in a film franchise packed full of strange people. We can credit Evanna Lynch with bringing that to the role with her performance. After that, Lynch took up some social causes but reduced her public appearances as she was not interested in acting as a career. 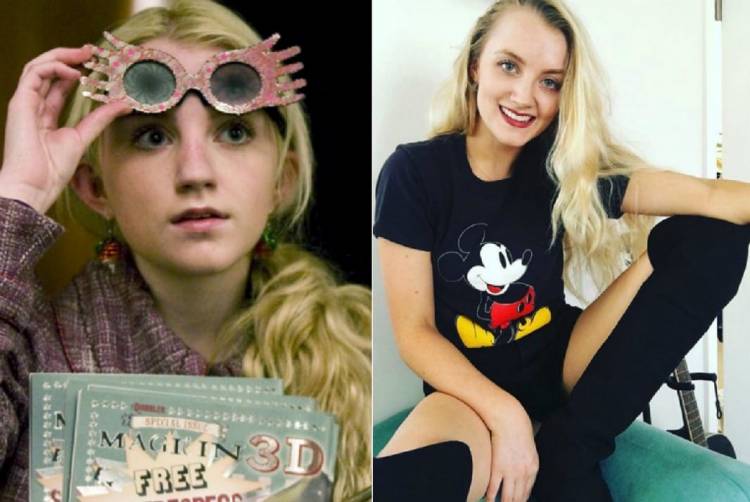