The Game Of Thrones Cast And Their Real-Life Partners

The current and last season of Game of Thrones, HBO’s (very loose, it turns out) adaptation of George RR Martin’s fantasy novel series, is well underway. As of writing this, we only have two more episodes left to find out who will end up sat on the Iron Throne!

Relationships are being strained left right and centre. Some have come and gone (Gendry and Arya, Jaime and Brienne, we feel you), some are pretty incestuous (poor Danny, she still loves Jon despite being his aunt) and some have been brutally ended with a good old sword to the neck.

Luckily, in real life, the actors don’t seem to share the problems of their onscreen counterparts. Let’s take a look at some of the real-life-partners of the Game of Thrones cast.

Here’s where fiction and reality cross paths. On Game of Thrones, Rose Leslie played Ygritte, a Wildling who falls in love with Jon Snow, played by secret aristocrat Kit Harington. This love transferred offscreen, and Rose and Kit soon sparked up a romance IRL. 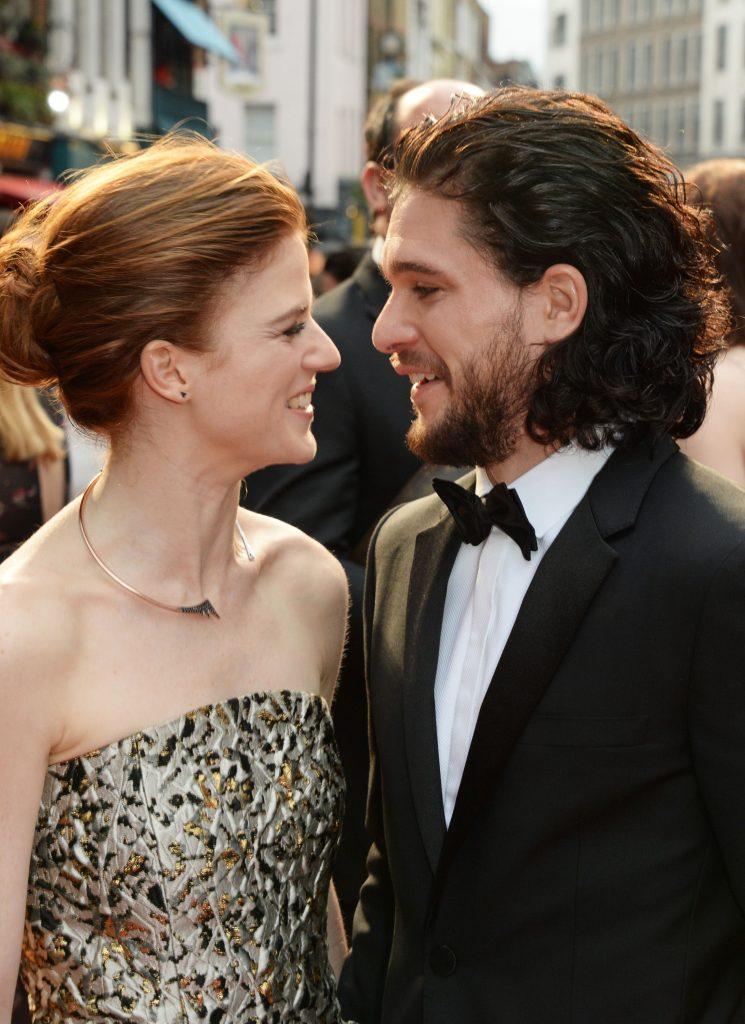 The pair became engaged and were married on June 23rd, 2018.

The ceremony took place at the village church of Kirkton of Rayne in Scotland. It was followed by a reception at Leslie’s family home, Wardhill Castle in Aberdeenshire. 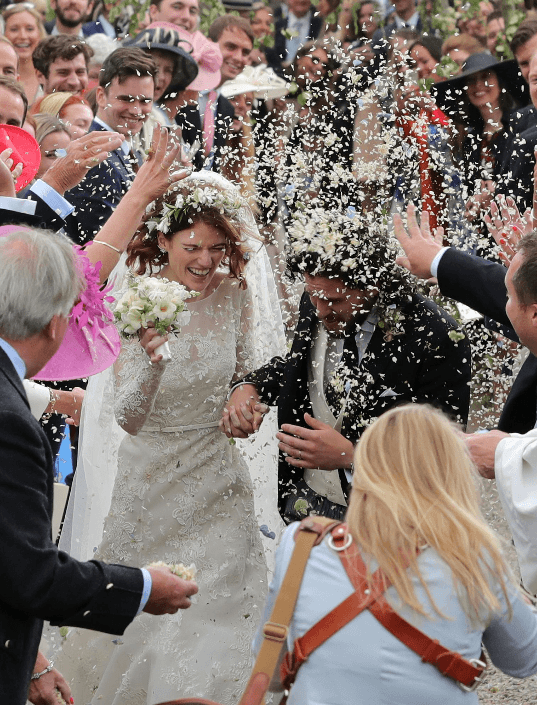 Tyrion Lannister hasn’t had much luck with love when it comes to Game of Thrones. His only love, a prostitute named Shae, ended up sleeping with his father. Naturally, he strangled her.

Luckily, Peter Dinklage has had a bit more luck in his actual love life. He is married to playwright and director, Erica Schmidt. 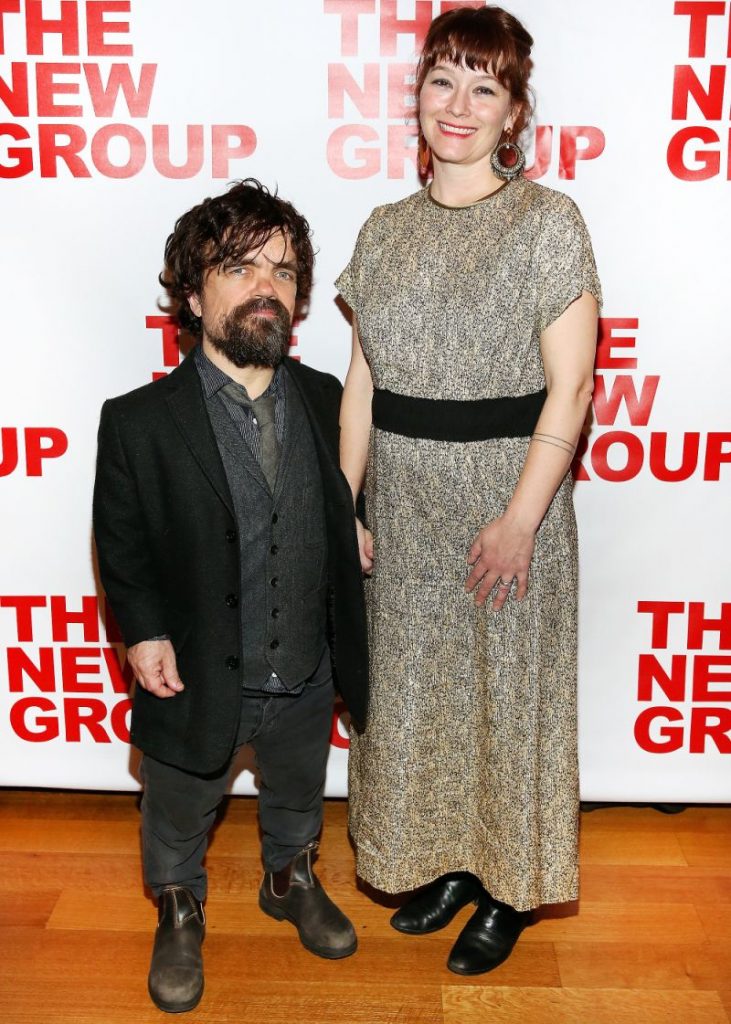 Schmidt has directed a handful of off-Broadway shows from the late ’90s to early ’00s, including Debbie Does Dallas and Shakespeare’s As You Like It.

Schmidt and Dinklage – who used to be a theatre mainstay, back when he looked like a member of Duran Duran – have even worked together on the stage.

Schmidt directed a 2015 production of A Month in the Country that starred Dinklage. 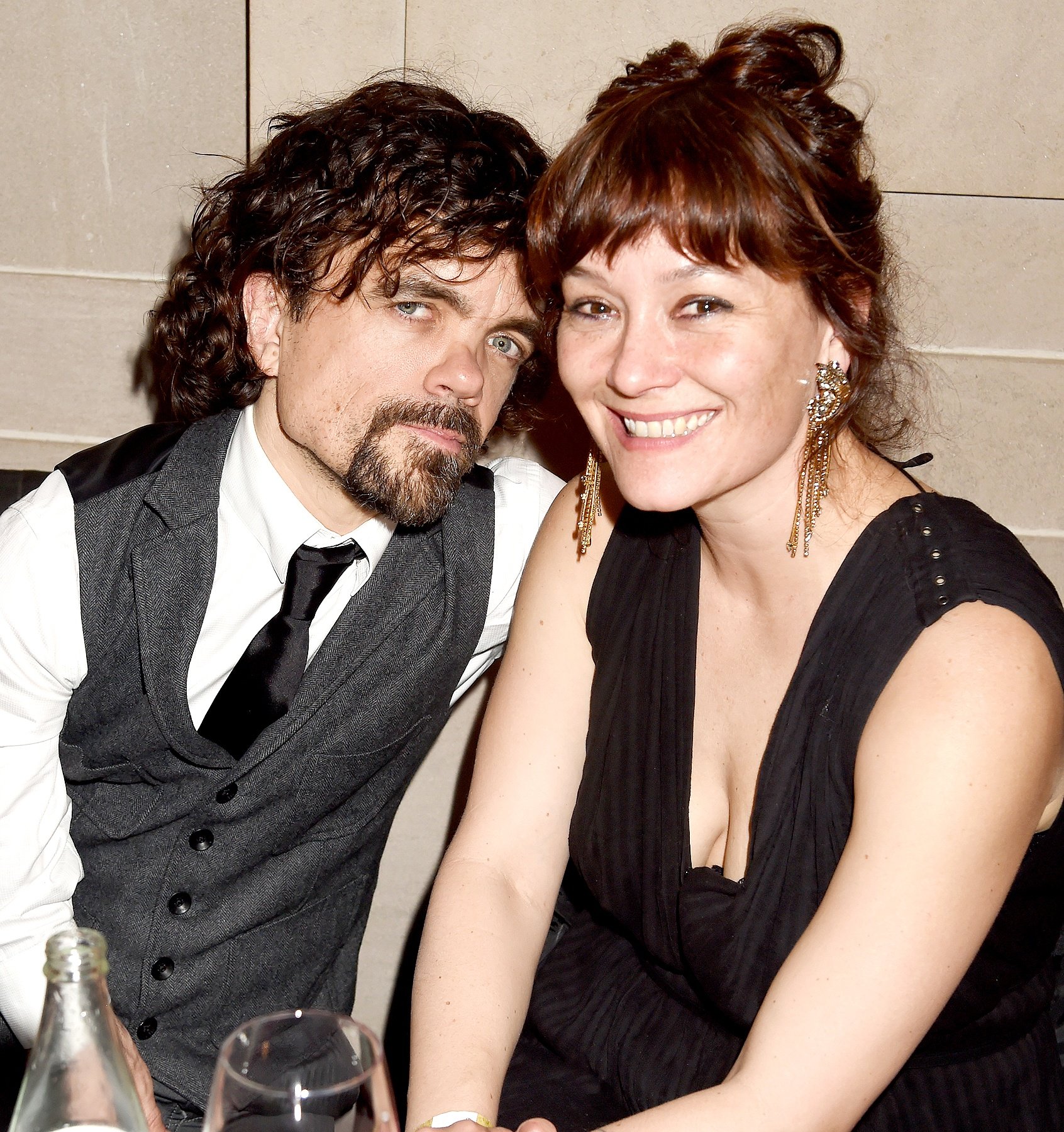 On the show, Jaime has an incestuous relationship with his sister, Cersei. Most recently, he has also hooked up with the newly-knighted Brienne of Tarth.

In real life, Denmark’s Nikolaj Coster-Waldau is married to the Greenlandic singer, Nukaaka. 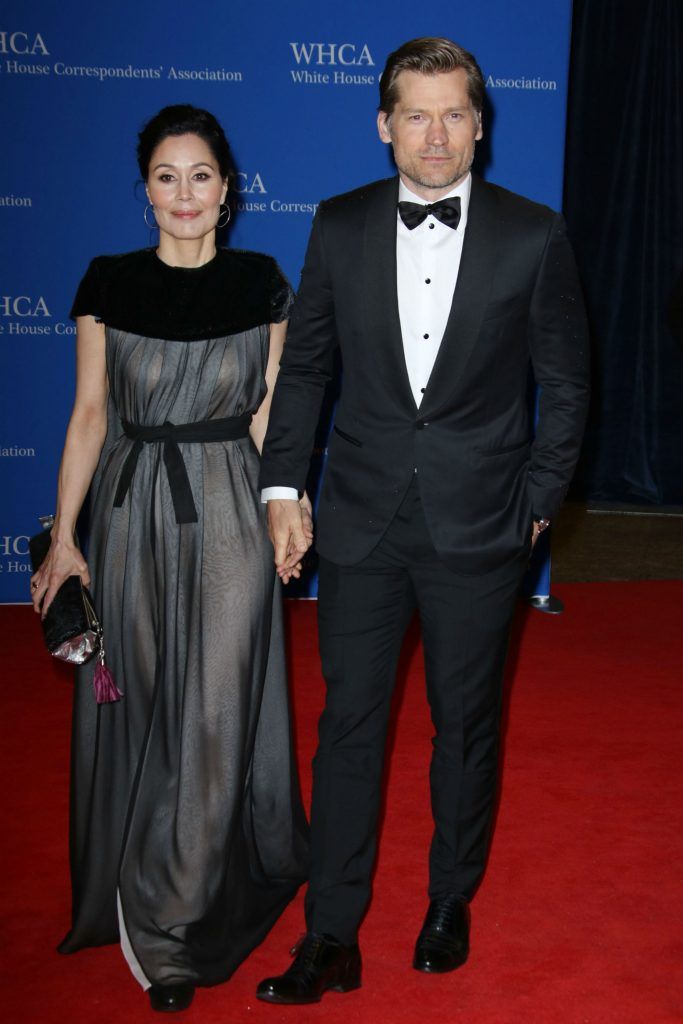 As well as being a singer, she is also an actress and a former Miss Greenland.

The pair have two children together. As of 2017, Nikolaj admitted to Jimmy Fallon that his wife had not yet watched GoT.

“When you know someone really well, it becomes a little ridiculous to see them pretending to be someone else,” he admitted to Fallon. “I mean, what we do is quite a silly thing.” 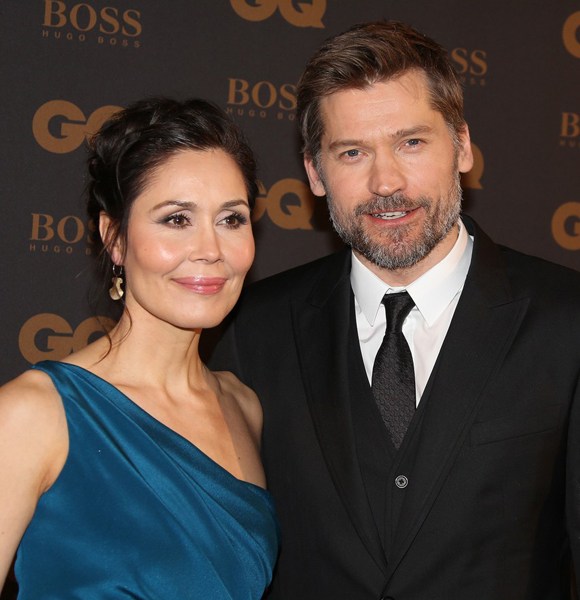 On the show, Arya has recently struck up a romantic connection with Gendry.

It wasn’t to last, however, as Arya shot an arrow through his heart (figuratively) when she rejected his proposal. 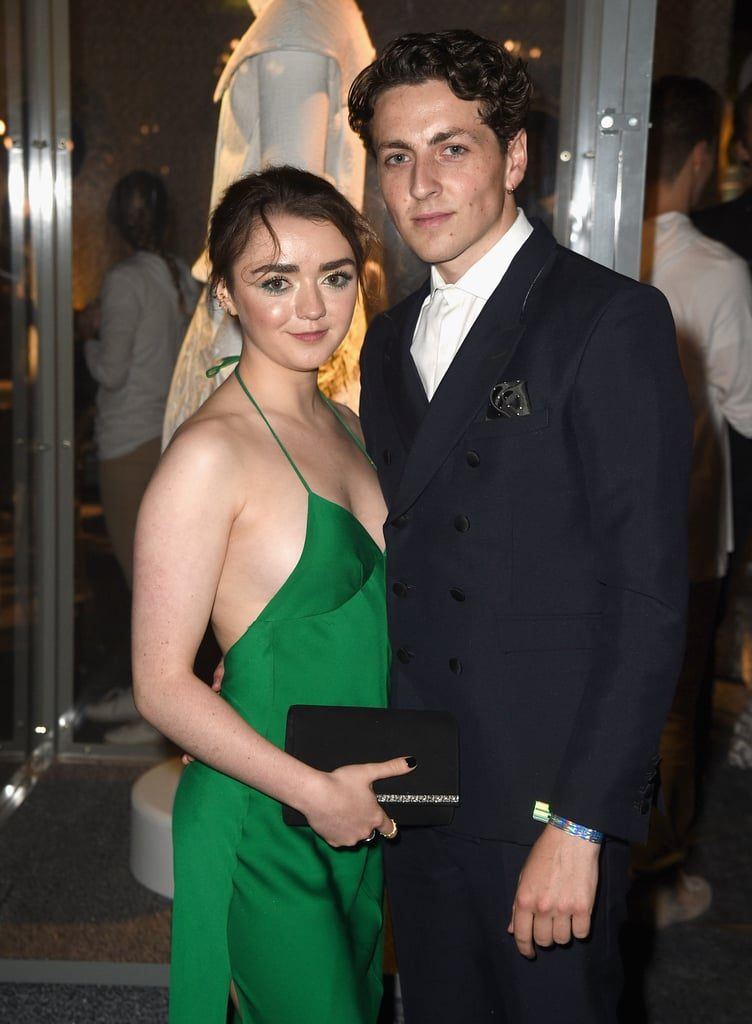 Apparently the pair met when they were at school together.

Talking about Ollie, Maisie said: ‘Everyone just wants to have someone they can hang out with who is a friend and a boyfriend, and Ollie is that.’ 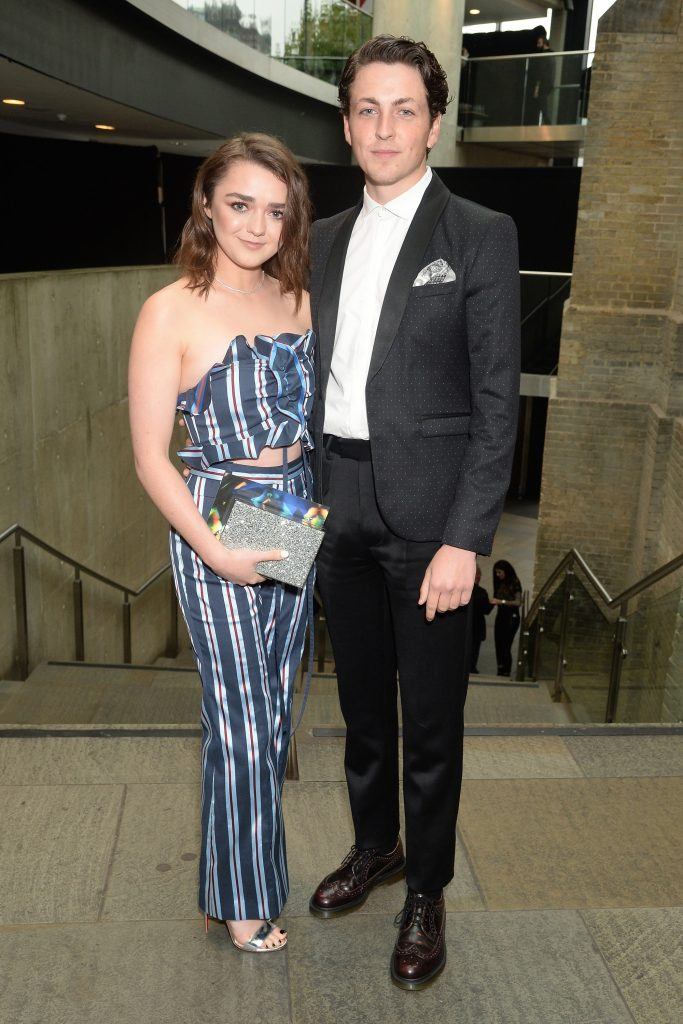 Poor old Daenerys, played by surprise multi-instrumentalist Emilia Clarke, isn’t having a good time of it lately on Game of Thrones.

Having begun an accidental on-screen relationship with a Starbucks coffee cup in season 8, episode 4, romantically, Dany is still totally in love with Jon…despite him revealing that she is his auntie. 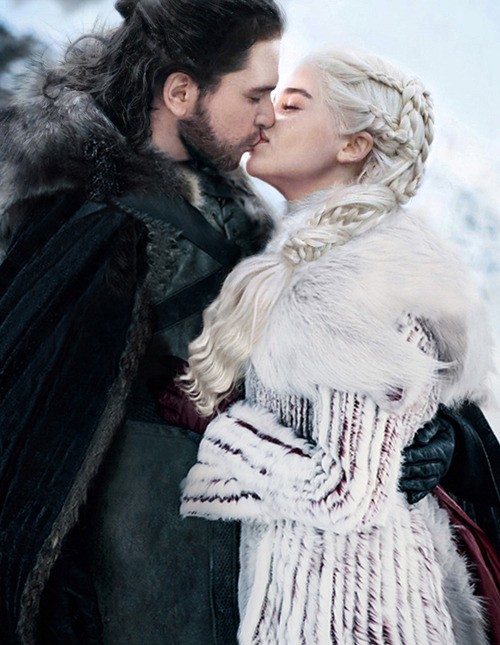 What’s wrong with incest in this fantasy world? In real life, Emilia has recently been dating Charlie McDowell.

Charlie is the son of British actor, Malcom McDowell, and is also the stepson of The Good Place’s Ted Danson. However, it is thought that McDowell and Clarke are no longer together after work commitments took their toll.

They both deleted snaps of each other from their socials and stopped following each other. 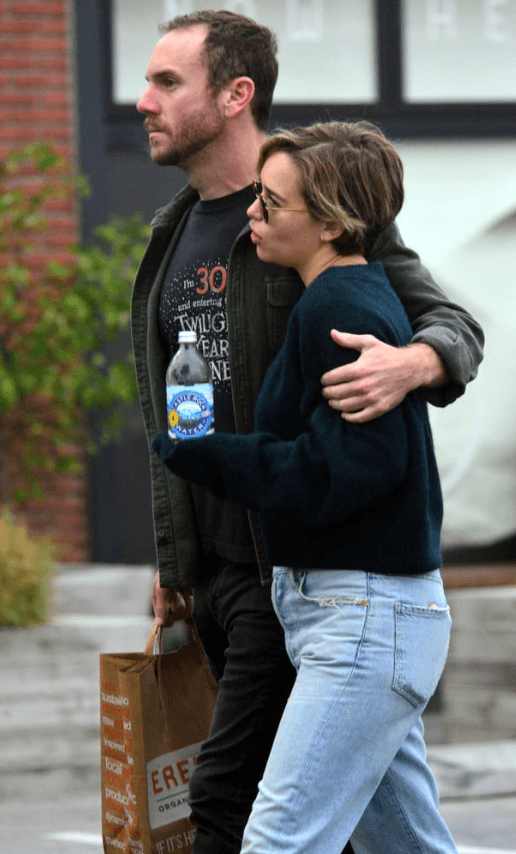 In the show, Kristofer Hivju’s Tormund Giantsbane has a soft spot for Brienne of Tarth.

He was going to make his move on the Knight of the Seven Kingdoms but was stopped by Jaime Lannister. 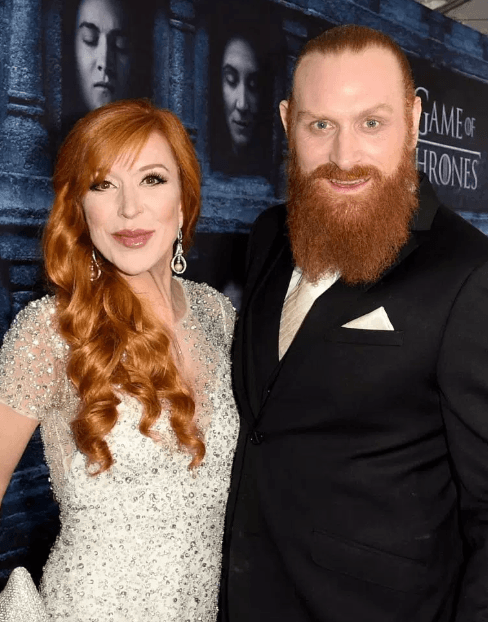 The couple have two daughters together. 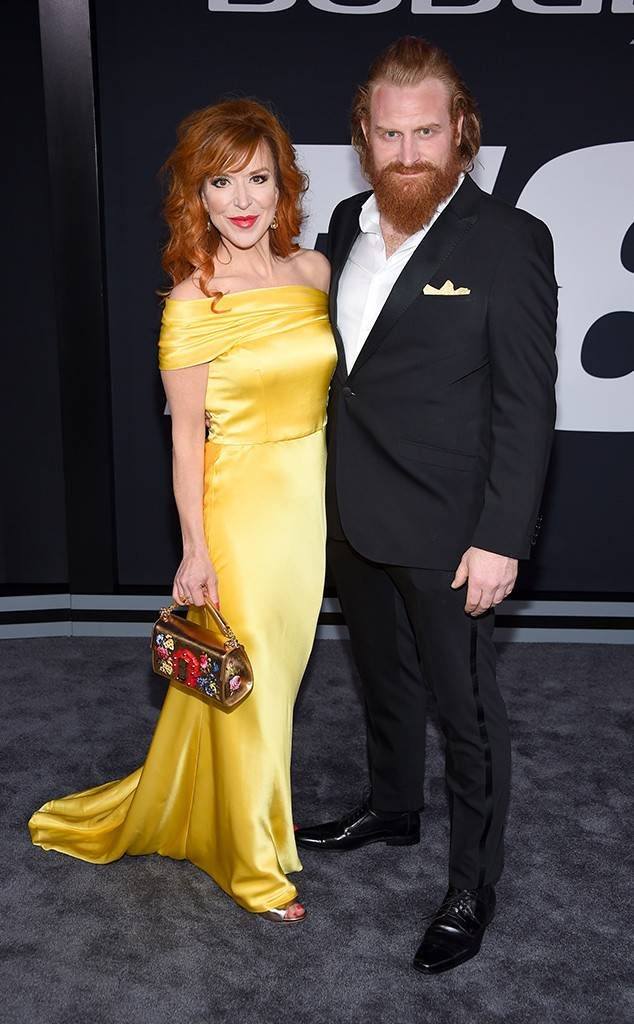 Sansa has never truly had a love interest on Game of Thrones.

She married Tyrion to unite the Lannisters and Starks and then later was forced to marry Ramsey Bolton.

In real life, Sophie Turner has recently married singer Joe Jonas in a ‘secret’ ceremony in Los Vegas after the Billboard Music Awards.

They headed to the Little White Chapel and were married by an Elvis impersonator.

Luckily for us, the entire thing was live-streamed by Diplo, who later DJ’d for the pair. 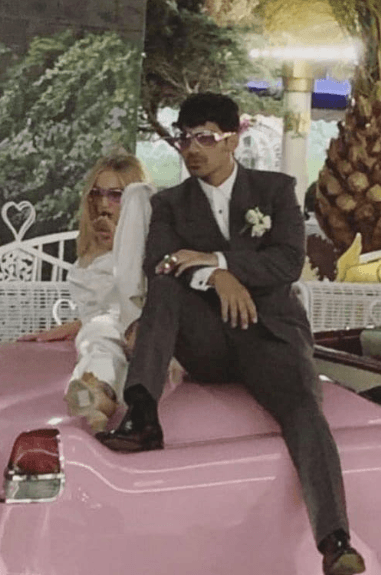 Let’s just hope none of them attend any weddings with the Freys anytime soon.