The Fresh Prince of Bel-Air was definitely one of the most popular shows of the 90s. It launched Will Smith to international stardom and featured one of the most iconic opening themes in television history! The sitcom saw Will being sent to live with his wealthy relatives in Bel-Air after going off the rails in West Philadelphia. 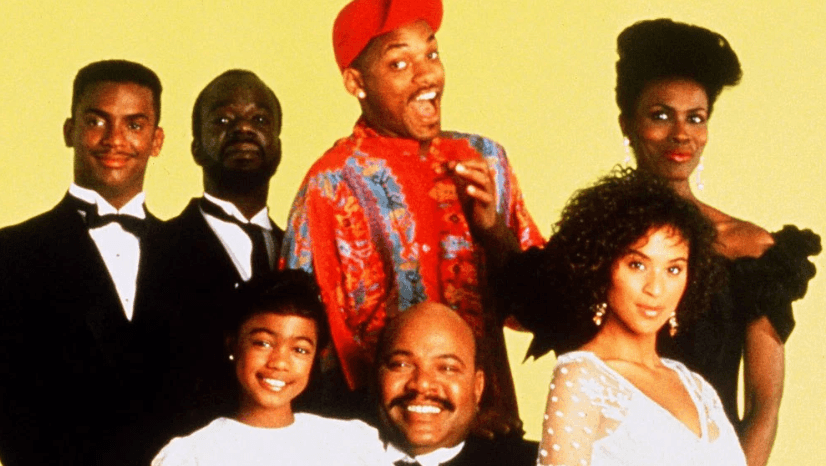 Part of the show’s massive appeal was the ensemble cast. Of course, Smith was the biggest star but it was the Banks family (plus Geoffrey) who really helped to make the series a success. In the article below, we’ve decided to take a look at what the cast of The Fresh Prince are up to now.

Find out what the likes of Ashley and Aunt Viv did after the series ended in 1996 – some of the actors look very different indeed!

Will Smith famously played a fictionalised version of himself in The Fresh Prince.

The show was created specifically for Smith, after all! As the iconic theme tune explains, Will moves from West Philadelphia to the affluent Los Angeles neighbourhood of Bel-Air to live with his Uncle Phil and Aunt Vivian. 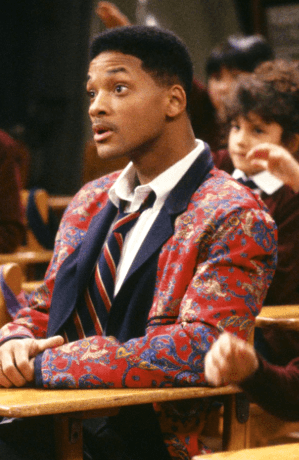 They try and help set him off on a better track, but Will doesn’t always manage to adjust to life in Bel-Air, and he often ends up getting into trouble for his hi-jinks! After the show ended in 1996, Smith became a massive blockbuster star.

He successfully transitioned from rapper and TV actor to a fully-fledged film star. Smith has starred in a wide range of different films, from Bad Boys and Men In Black to Ali and The Pursuit of Happyness. 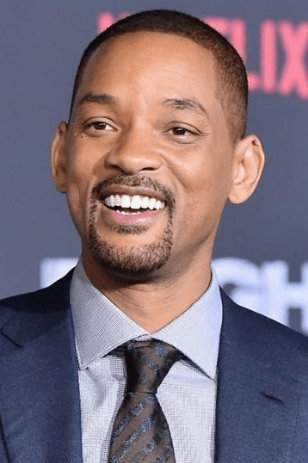 Disney fans are now looking forward to watching Smith in action as the Genie in the 2019 remake of Aladdin, which is out in May this year. Thanks to his glittering career, Smith is now worth a whopping $300 million.

This is amazing considering the fact that Will initially agreed to star in The Fresh Prince in order to pay off some IRS debt. He owed $2.8 million in back taxes at the start of the series in 1990, and had paid it all off by season 3. He doesn’t need to worry about debt anymore!

Uncle Phil was the family patriarch – a high-flying lawyer who was larger than life. Although he and Will didn’t always see eye to eye, Phil clearly cared about his nephew and often provided some of the biggest laughs on the show. So what did James Avery do after the show? 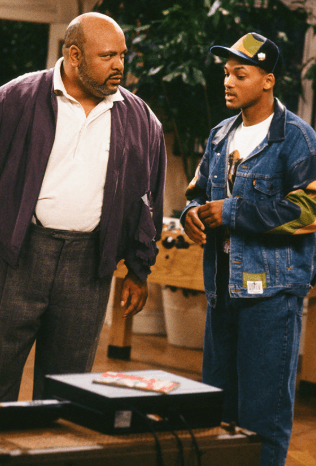 Avery continued to act on TV and also bagged a few film roles along the way, starring in shows such as The Division and The Closer. Did you know that he was also the voice of Shredder in Teenage Mutant Ninja Turtles during the 80s?!

Avery had a number of minor roles and guest appearances in films and television programmes before sadly passing away in 2014 at the age of 68 years old. 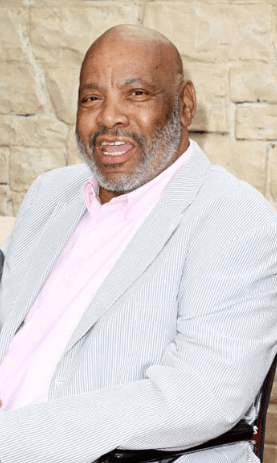 Avery died in 2013 after experiencing complications from open heart surgery at the Glendale Memorial Centre. His Fresh Prince co-stars were devastated by the news and released a number of public tributes in his memory.

Will Smith stated “Some of my greatest lessons in Acting, Living and being a respectable human being came through James Avery. Every young man needs an Uncle Phil. Rest in Peace.”

Janet Hubert was the ‘first’ (and arguably the best) Aunt Viv.

Aunt Viv took on the role of mother figure to Will once he arrived in Bel-Air and although she didn’t always approve of Will’s behaviour, she often acted as a mediator between Will and her husband Phil. She was a devoted mother and career woman who managed to get her nephew into Bel-Air Preparatory School. 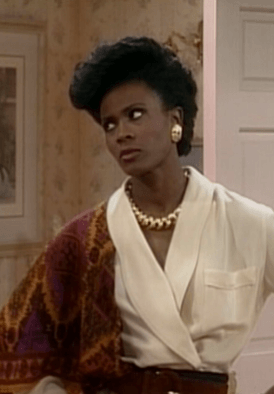 Janet Hubert famously fell out with Will Smith during the show’s run and was eventually removed from the series at the end of season three. She left in 1993 after ‘creative differences’, but Smith had a very different perspective, announcing that “I can say straight up that Janet Hubert wanted the show to be The Aunt Viv of Bel Air Show because I know she is going to dog me in the press.”

Yikes! And he wasn’t wrong either…since leaving The Fresh Prince, Hubert has gone on to publicly blast Smith a number of times, and the feud is still going on to this day. Hubert recently stated: “Will Smith and Alfonso destroyed a 20-year-career with untruths. I got slammed. Will apologized later in an Essence Magazine article, but it still lingers. It’s still there.” 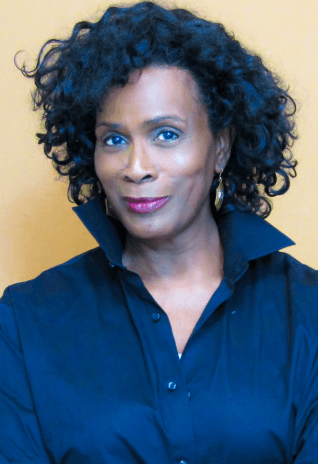 Hubert’s career wasn’t over though and she did make guest appearances in popular shows such as Friends, Gilmore Girls, and One Life to Live.

However, she hasn’t appeared on our screens in recent years and instead is currently acting as the ambassador of the National Osteoporosis Foundation.

Carlton was Will’s cousin but they ended up becoming just like brothers, despite their differences. Known for his hard-working ethos and overly trusting manner, Carlton was also a bit of a suck-up and used to take his father’s side on practically everything. 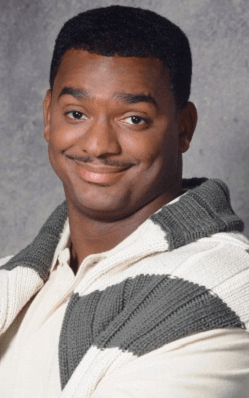 And of course, fans will always remember the infamous ‘Carlton Dance’ that he used to break out every now and then! Ribeiro has had a hard time shaking off the character of Carlton since The Fresh Prince came to an end.

Ribeiro has mainly turned to hosting and presenting gigs since his time on the sitcom. He has hosted shows such as GSN Live and Catch 21, as well as starring in reality TV shows such as Celebrity Duets. Ribeiro also won the 19th series of Dancing with the Stars – and we’re not surprised! 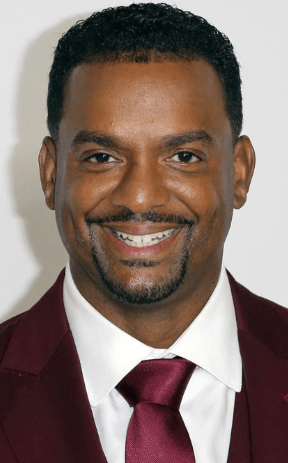 Ribeiro has recently found work across the Atlantic too. He hosted the UK game show Money Tree and acted as a guest judge on Strictly Come Dancing. Nice!

The actor has been married since 2012, and he and his wife Angela Unkrich have two sons together. Unkrich is currently pregnant with their third child.

Tatyana Ali portrayed Ashley Banks, the baby of the family.

Ashley was spoiled like the other Banks children, but also showed that she was open to learning more about Will’s background and trying to fit in with him too. She went through quite the transformation during the show’s run, starting off as a precocious little girl before essentially turning into Will’s hot cousin. 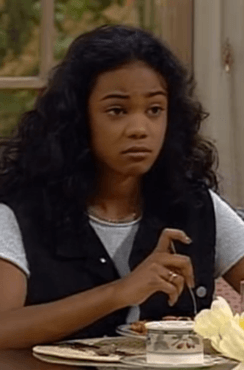 Ali was only 11 years old when she joined the cast of the series, but already had some acting experience under her belt after appearing in a minor role on The Cosby Show in 1989.

Fans of the series will remember that Ashley sometimes used to show off her singing in various episodes, and in reality Ali had ambitions to become a singer. In 1998 she released an album entitled Kiss The Sky (1998), which experienced moderate success. 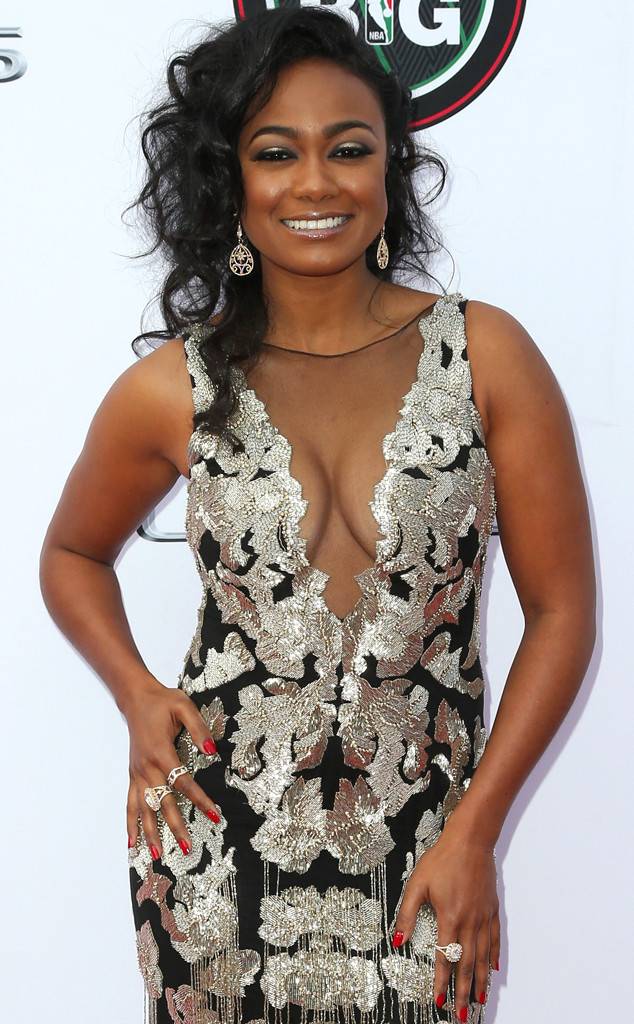 Ali didn’t leave acting behind though. She starred on The Young and the Restless from 2007 to 2013 and also appeared in the sitcom Love That Girl! Since then she has had guest roles on a number of different shows. Ali also attended Harvard University and campaigned for Barack Obama during his first presidential run.

Ali married her husband Vaughn Rasberry in 2016 after meeting on eHarmony. They have one son together.

Hilary Banks was memorably brought to life by Karyn Parsons.

There was one defining feature of Hilary’s character – she was a spoiled brat who still lived off her parent’s money, despite being a fully grown adult herself! She also used to rock some very interesting outfits, to say the least, and often came off as shallow and pretentious. 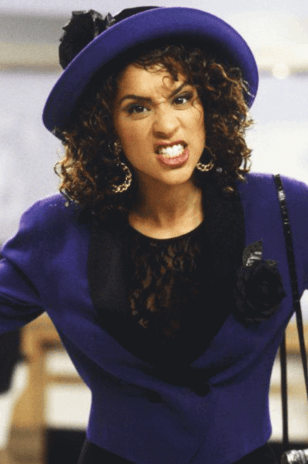 Parsons thoroughly enjoyed her time on The Fresh Prince and later kept the secret ‘set diary’ that the cast members used to use in order to leave each other messages.

The former actress is now more of an entrepreneur, and hasn’t really done much TV work since The Fresh Prince ended in 1996. She starred in The Job from 2001 to 2002 but since then has turned to business ventures instead. 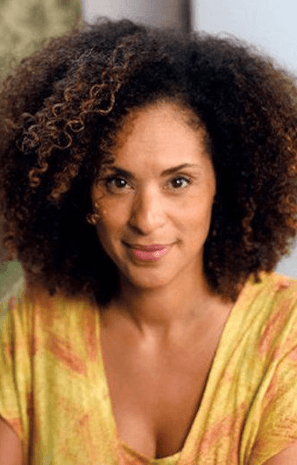 She is the founder of Sweet Blackberry, a film company which focuses mainly on programming centred around African-American history. Parsons married director Alexandre Rockwell in 2003.

The couple have two children together.

Geoffrey was the glue holding the Banks family together!

He was portrayed by Joseph Marcell, who perfectly brought the character of the smarmy English butler to life. Geoffrey didn’t quite know what to make of Will at first, but the pair soon struck up a friendship of sorts. Geoffrey also usually had some of the best zingers on the show. 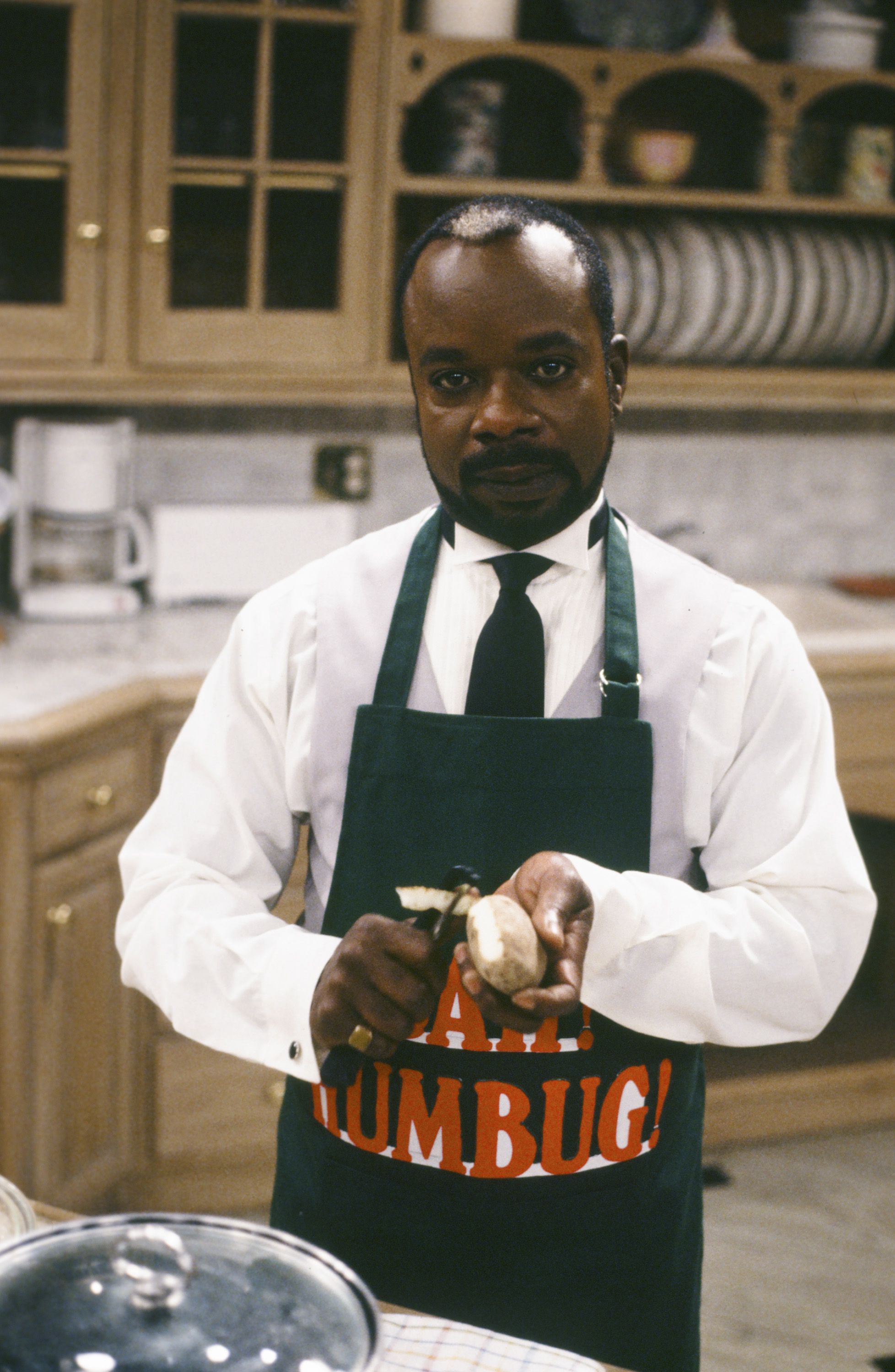 So what has Marcell been up to since his time on the hit series? The actor has remained in television and he’s managed to bag guest appearances on popular British shows such as EastEnders and Holby City.

Marcell is also a keen theatre actor and currently serves on the board of the prestigious Globe Theatre in London, where many of Shakespeare’s plays were first performed. In 2017, Marcell appeared as Titus Andronicus in a production by the La Grande Shakespeare Company in Oregon. 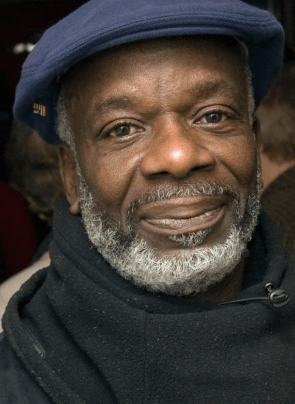 After a guest appearance in Death in Paradise, Marcell is now set to star as Chief Wimbe in The Boy Who Harnessed the World – a film directed by Chiwetel Ejiofor.

Marcell is married with two children.

DJ Jazzy Jeff was another character who played himself in the show.

Jazz was Will Smith’s rapping partner before the series began in 1990, and the pair experienced success with hits such as ‘Summertime’. So when Smith got the chance to star in his own show, he made sure that Jazz got regular guest appearances on The Fresh Prince. 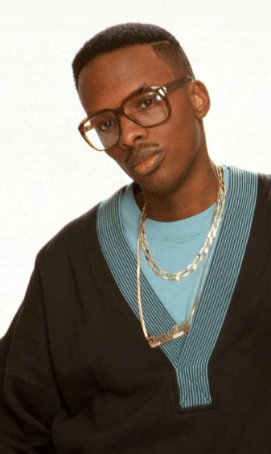 Several popular recurring jokes on the series revolved around Jazz. First of all, he had a massive crush on Hilary, who wasn’t interested in him in the slightest.

He also regularly used to get kicked out of the house by Uncle Phil, who always managed to find some excuse to throw Jazz out onto the street. Since the show ended in 1996, Jazz hasn’t appeared in any other shows. 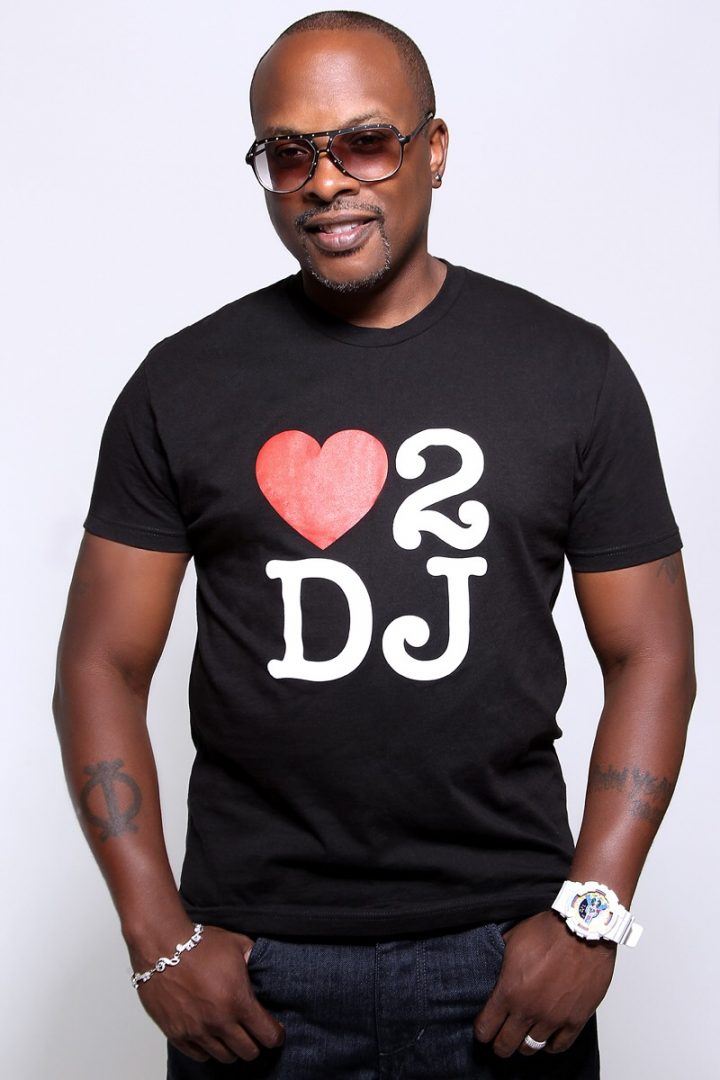 Instead he has continued to release music as a solo act, while also teaming up with Smith on several projects over the years. He and his former rap partner still remain friends to this day, and in 2008 they performed at the Hancock world premiere.

Jazzy Jeff can also often be seen headlining music festivals around the world.

She was portrayed by Vernee Watson-Johnson and had a supporting role on the series. Because Vy lived in Philadelphia, she wasn’t on the show that much but whenever she came to visit, there were often more than a few emotional scenes between her and her beloved son Will. 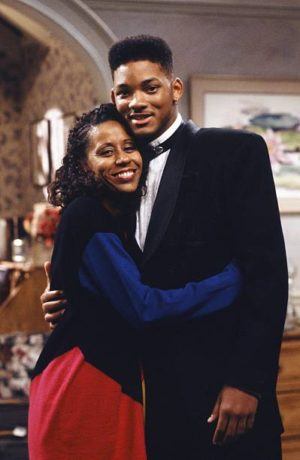 Watson-Jackson played Vy for the entirety of the show’s run and since it came to an end in 1996 she has continued to act regularly on some very popular TV programmes.

The actress has a lot of guest appearances on her CV, including minor roles in shows such as The Big Bang Theory, NCIS, Desperate Housewives and Dexter, to name but a few. 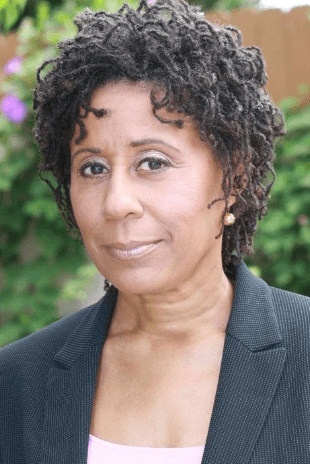 Watson-Johnson recently won a Daytime Emmy Award in 2018 for her portrayal of Stella Henry on General Hospital. The actress has also come to light in the last few weeks in the wake of the Michael Jackson Leaving Neverland scandal.

Did you know that she was a witness in the singer’s 2005 trial? The actress is currently single and has one daughter.

Daphne Reid was the second incarnation of Aunt Vivian.

After Hubert’s unceremonious departure from The Fresh Prince, Reid was quickly drafted in to star as Aunt Viv from season four onwards. Most viewers took a while to get used to the bizarre change, but in the end Reid managed to fit in nicely with the rest of the cast. 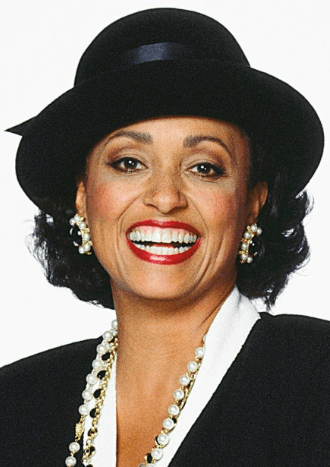 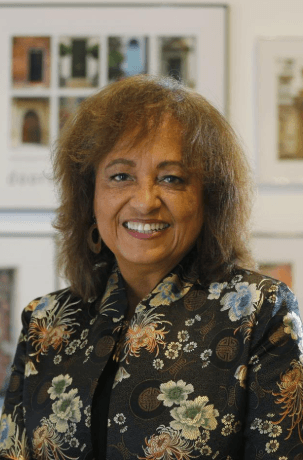 It’s possible that the actress has now retired from the world of entertainment because things have been quiet for Reid on the acting front in recent years.