In an Arizona courtroom in early 1983, jaws dropped at the tale of 53-year-old Giovanni Vigliotto. This man revealed at his trial that he had wooed and married 105 women, persuading them to sell all their possessions and leave the state with him, only to then steal everything they owned and abandon them without explanation.

Yet Vigliotto had a surprising explanation for his bigamy. In his eyes, he was not a dangerous and parasitic criminal – he was a hopeless romantic.

‘My heart told me to get married’ 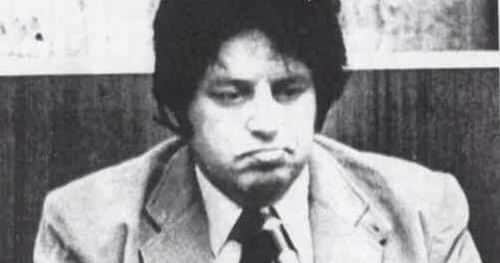 Vigliotto’s tale would likely have never been heard by a court, if not for the actions of one very determined woman.

Sharon Clark lived in Fremont, Indiana. She was the general manager of Indian Territory, an amusement park with a country music theme. An overworked single woman, she had an adventurous streak, and her whole life transformed when she first met Vigliotto at a flea market in Apache Junction, Arizona in March 1981.

He expressed an interest in her park’s flea market, asking to rent out a section to sell his own possessions. He became a co-worker and confidante, working hard to support her business. Four months later, however, he persuaded Clark to quit her job and go travelling with him.

Along with Clark’s co-worker Phyllis, Clark and Vigliotto went on a road trip around the States. Clark soon found herself falling in love with Vigliotto, who was by all accounts a charismatic and friendly figure. Unlucky in past relationships, Clark had married and divorced three times before she met Vigliotto. 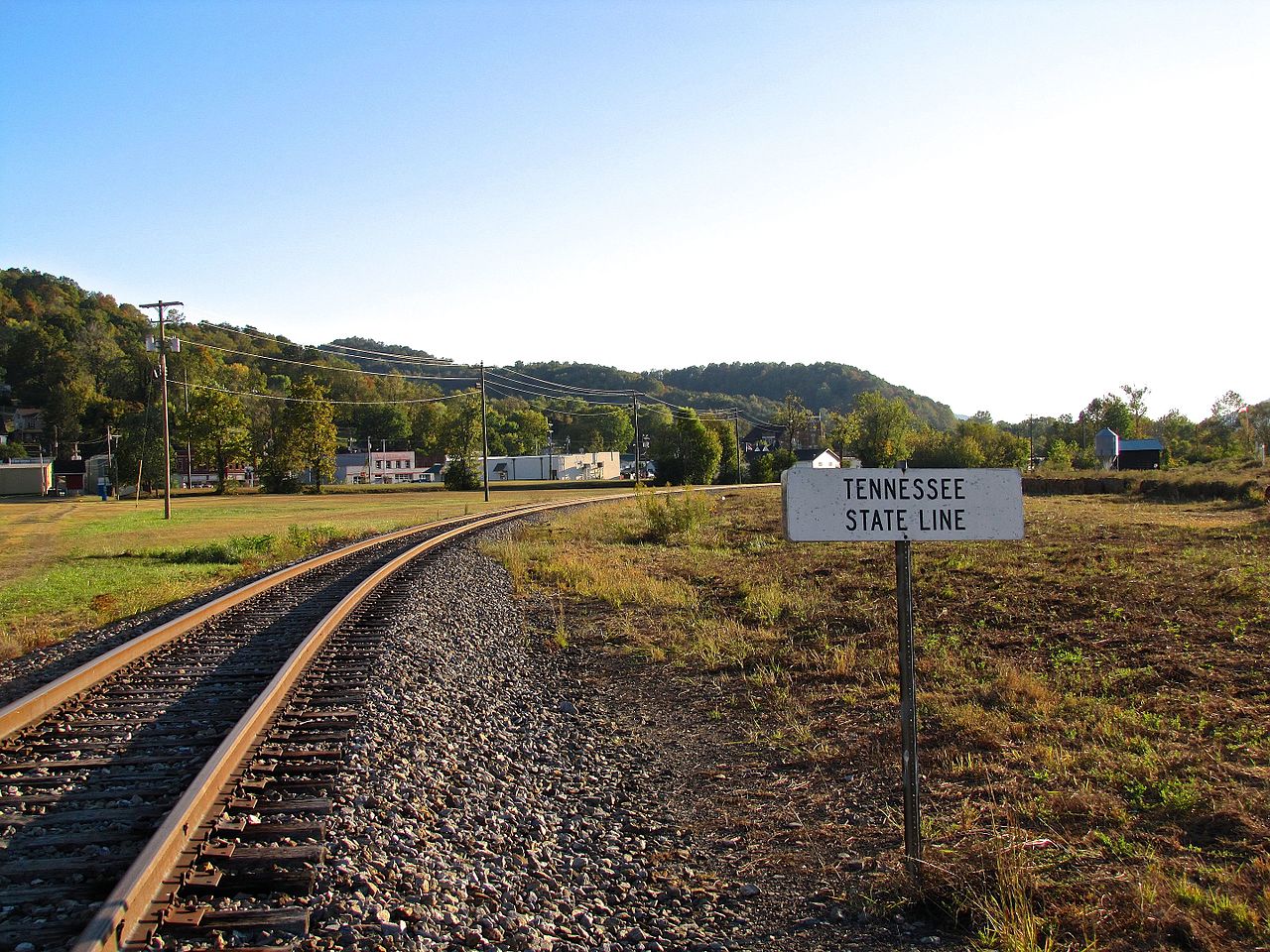 When Vigliotto eventually proposed to her, Clark has recalled: “My heart told me to get married and my mind told me not to get married.” The pair tied the knot on June 13, 1981 in Jellico, Tennessee.

Vigliotto then suggested the pair set up a shop together in Texas, and Clark agreed with enthusiasm. As the newlyweds drove to Texas, Vigliotto suddenly demanded a detour to Ohio, saying that he needed to settle a business matter.

He told Clark to meet him in Detroit, but then called her to change their meeting point to Canada. Clark crossed the border and waited for him – but he never arrived. He made away with $51,000 in antiques and cash, leaving Clark penniless and distraught. 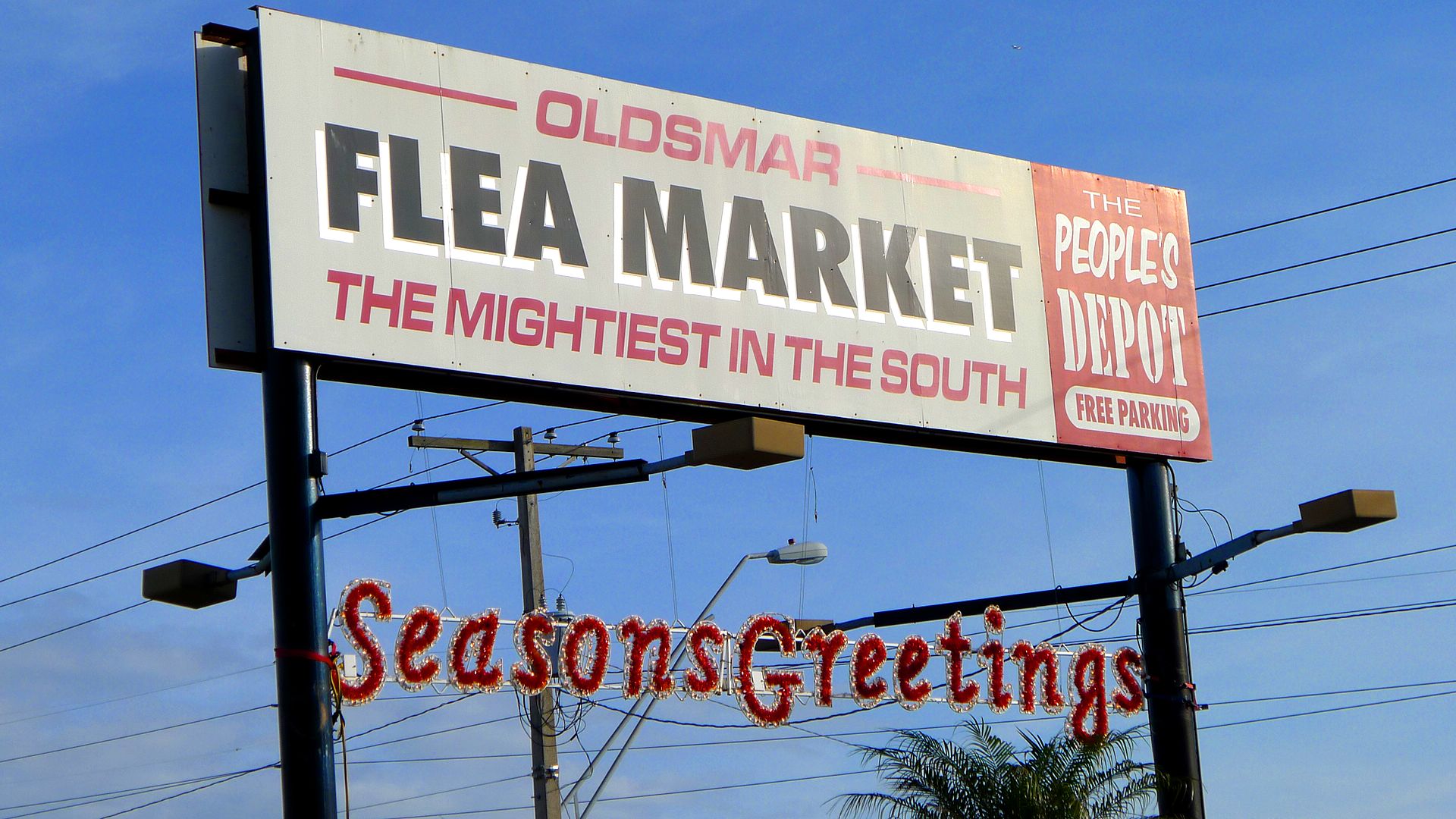 Despite her embarrassment and financial desperation, Clark was determined to track Vigliotto down after police efforts proved futile. Searching for evidence, she discovered a road atlas that he had left behind. Within it, he had circled the locations of various flea markets across the USA.

She pursued him by travelling to each marked flea market, quizzing visitors. After months of frustration, she finally came face to face with Vigliotto in a shopping centre in Panama City, Florida.

She called the police to report him – but her story wasn’t taken seriously. They refused to search their warrants and come to arrest Vigliotto. Clark hung up in fury, and then hunted down Vigliotto’s car. 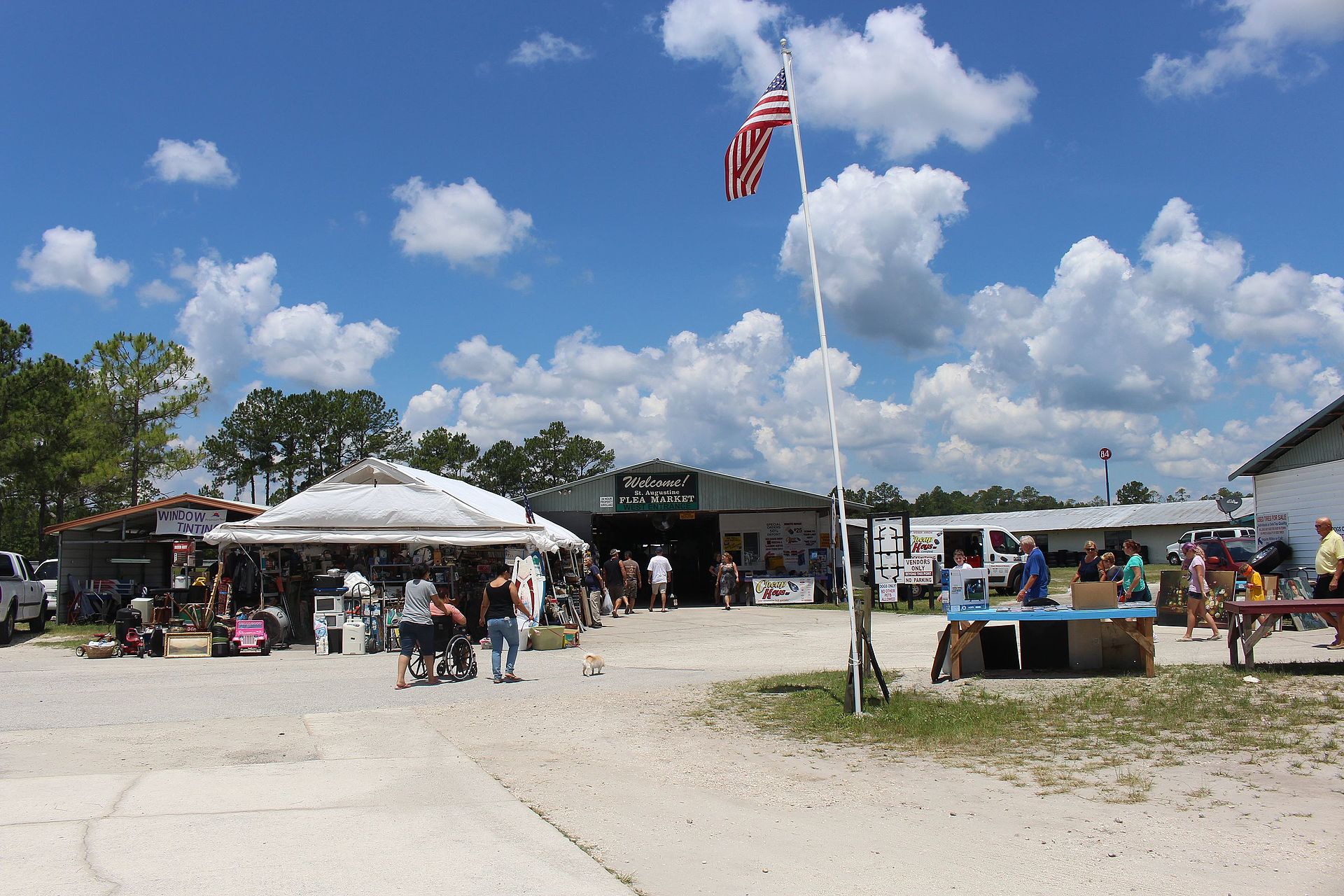 Clark slashed Vigliotto’s tyres to prevent him from fleeing once more. At long last, this drew the attention of law enforcement. When they arrived to arrest her, she once again pleaded with them to check their warrants for Vigliotto – and they discovered her original police report.

Vigliotto was arrested and sent to county jail. He had evaded police for decades by using over 120 aliases, and as prosecutors built a case against him, countless women got in touch with similar stories to Clark.

Vigliotto had invented an elaborate range of backstories. He told women that he was a Sicilian Mafia member, and a CIA contractor. Prosecutor Dave Stoller would later recall, “He would tell these kind of stories that would tend to make you sound like you were insane when you went to the police to report.” Vigliotto’s trial would span many weeks as prosecutors attempted to untangle what was his true life story. 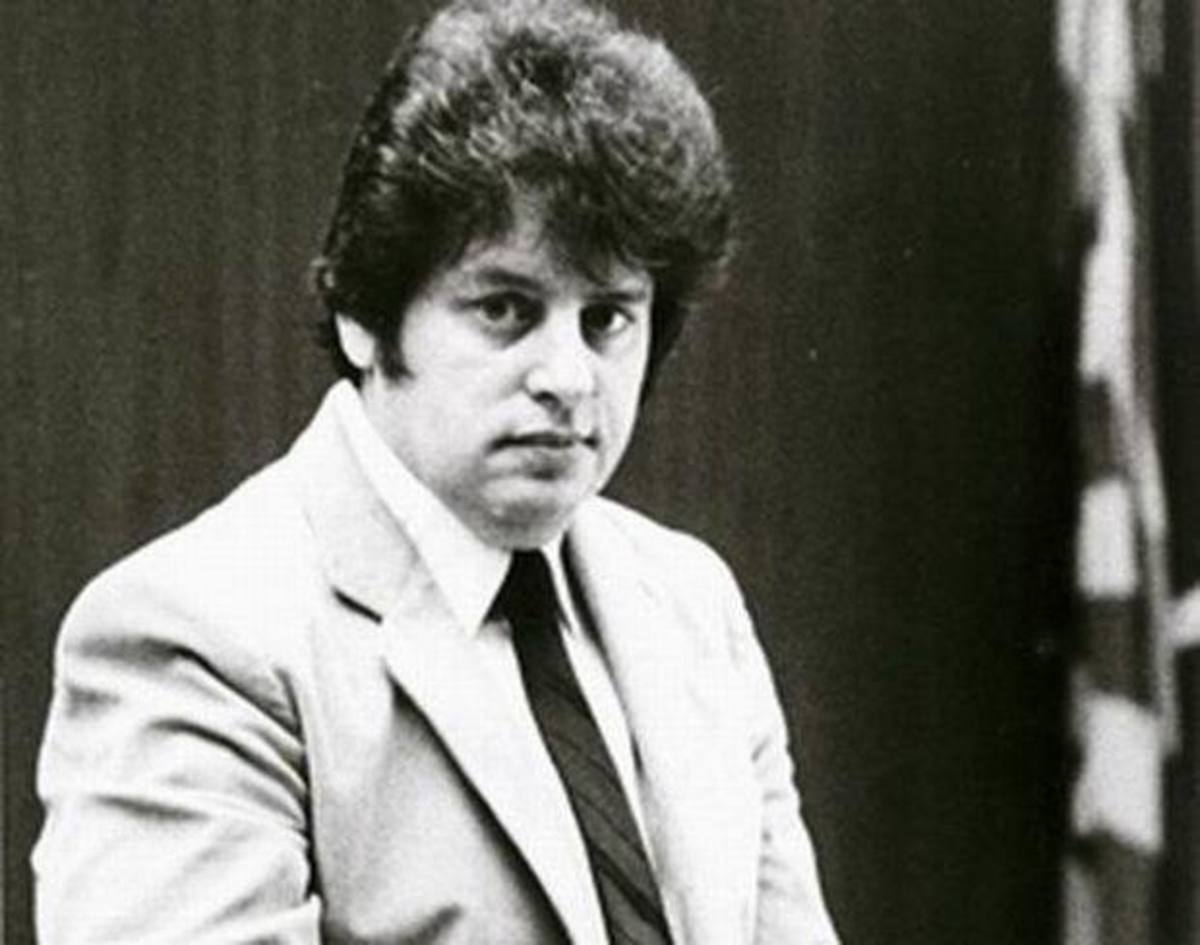 The scale of Vigliotto’s impending trial drew a media frenzy. It was scorned by many attorneys and lawyers for its salacious nature. ”I guess it’s the best soap opera they’ve ever seen,” noted Rob Raker, the judicial information officer.

Prosecutor Dave Stoller, however, took the case very seriously. With a history of prosecuting in rape and serious assault trials, he was troubled by Vigliotto’s exploitation of emotionally vulnerable women. “He tended to have an uncanny ability to identify women perhaps in their late 30s or late 40s, who either had a substantial amount of property or have substantial cash flow,” Stoller has recalled to BBC Sounds. “This was a business for him.”

Although letters from Vigliotto’s victims piled up in Stoller’s office, very few were willing to testify against him. Many were humiliated and could not stand the public exposure. According to the LA Times, authorities found evidence of Vigliotto marrying at least 82 times across Canada, Britain, Italy and Hong Kong. 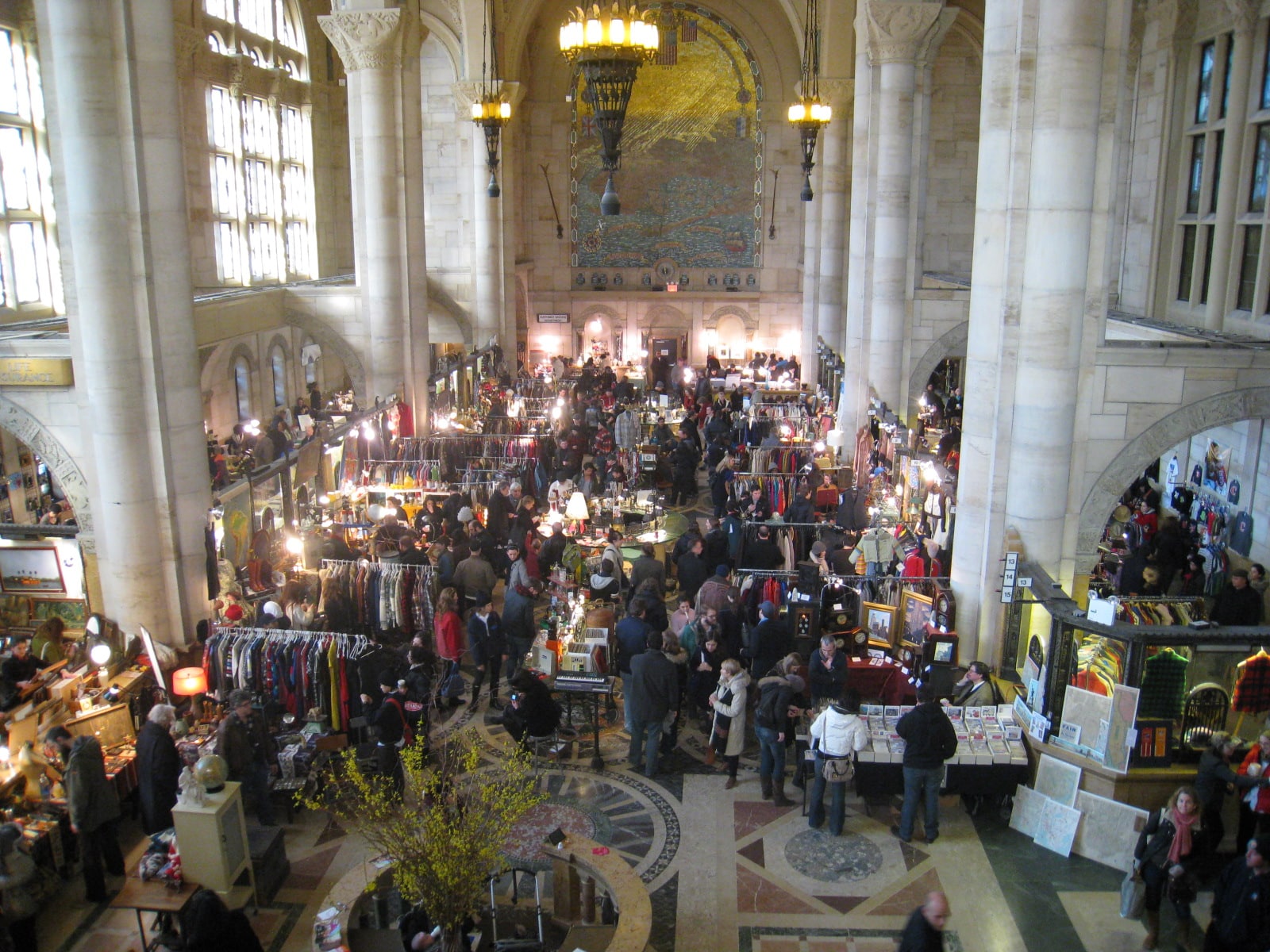 Stoller has remembered: “I spoke to a woman on the phone who begged me, ‘Make sure you convict this guy,’ and I said, ‘I would love it if you would agree to come and be our fourth witness.’ And she said, ‘No, no, no, I don’t want anything more to do with him. He’s out of my life, I just want to make sure he doesn’t get out of jail.’ I have to feel that there were other people out there who were victimised by him, who didn’t call, didn’t write.”

In a further frustrating twist, only one woman would fight Vigliotto directly in court. When authorities arrested Vigliotto in Florida, they sent him to Arizona for trial because a victim in that state had recently come to light. He was accused of marrying Patricia Ann Gardiner of Mesa, Arizona, in 1981, while he was still married to Clark.

As Clark was not from Arizona, the trial only included her as a witness, not a victim. Only one other victim, Joan Bacarella from New Jersey, was willing to testify against Vigliotto in court. 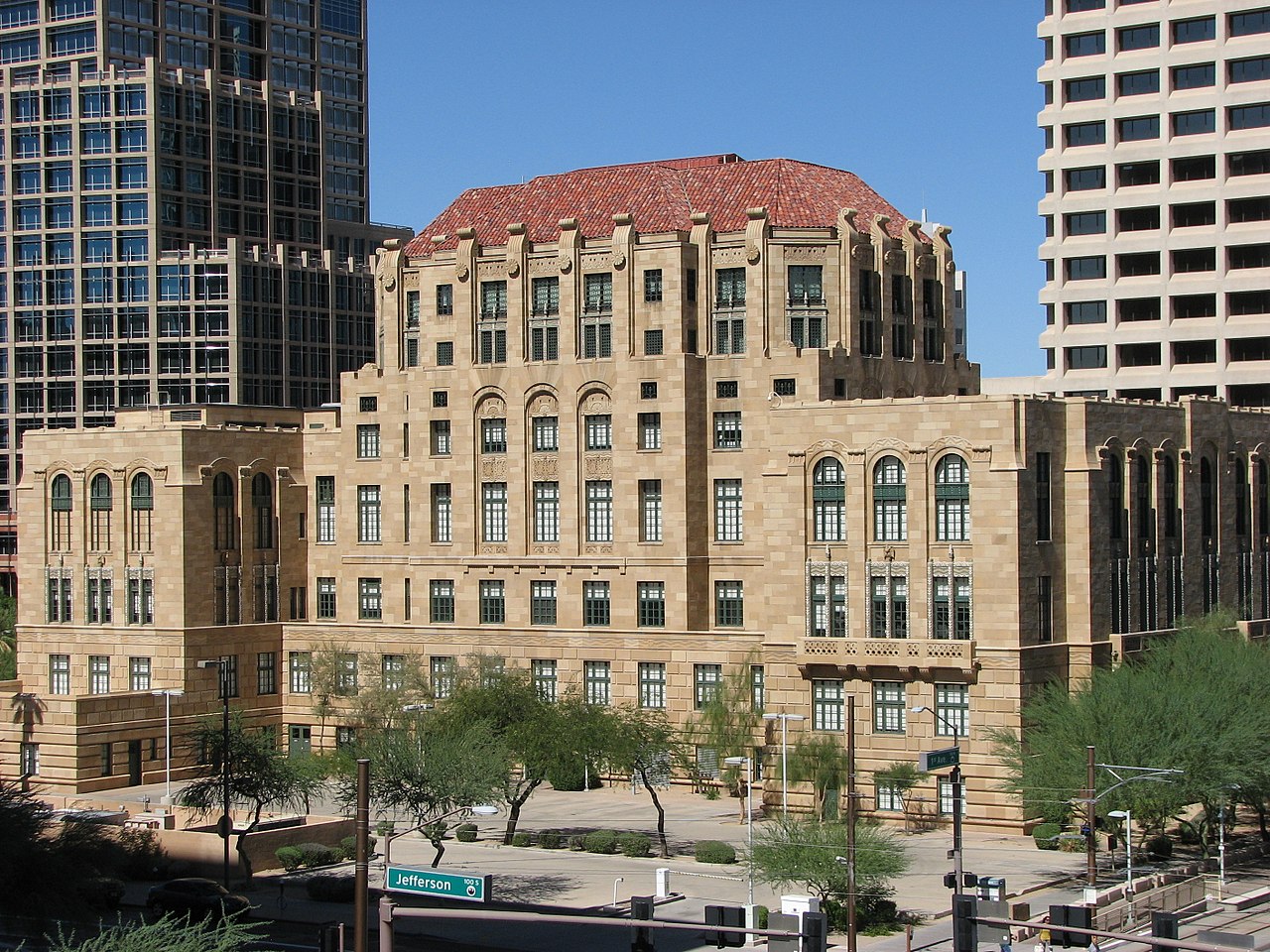 Patricia Gardiner’s testimony revealed further details about Vigliotto’s modus operandi. A 43-year-old real estate agent, Gardiner fell for Vigliotto’s charms and married him in a whirlwind romance, only to be abandoned in a San Diego motel a fortnight after their wedding. He stole around $36,000 from her.

Vigliotto won Gardiner over with the promise of family life, saying that he craved a loving home. He also said that he owned property in Hawaii where they could start a new life together.

Even more moving was his backstory: he told Gardiner that he was born in Sicily in 1929 to a Russian family, and his father, mother and sister were murdered by the Nazis.

At trial, he stuck to this story, and gave his birth name as Nikolai Peruskov. However, prosecutors claimed that Vigliotto’s real name was Frederick Bertram Jiff and that he was born in Brooklyn. 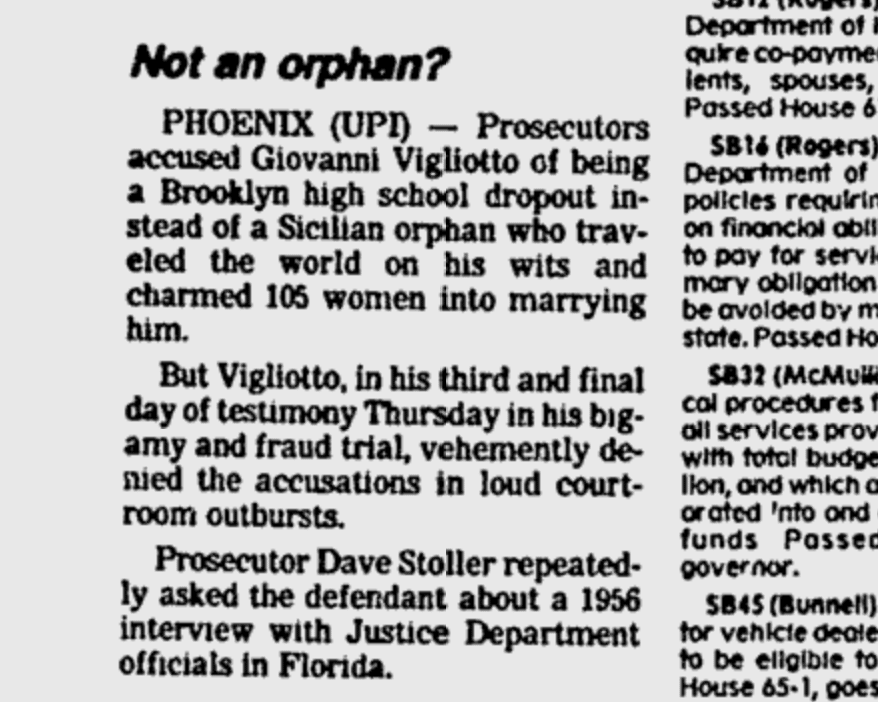 At the trial, Vigliotto readily admitted to marrying around 105 women over the course of 33 years – noting that he wasn’t even keeping track of all their names. He wrote a list of over 100 women on a whiteboard as the court looked on. But he vehemently denied lying about his origins.

“I don’t want to talk about my family’s death in front of an audience, the press or anybody,” he said when the prosecution challenged his childhood tales. “You’re asking for the sake of this audience and the press. You can slander me, you can tell lies, you can do anything but don’t talk about my family’s death.” Vigliotto fled from the courtroom in tears after giving this speech, triggering a recess. 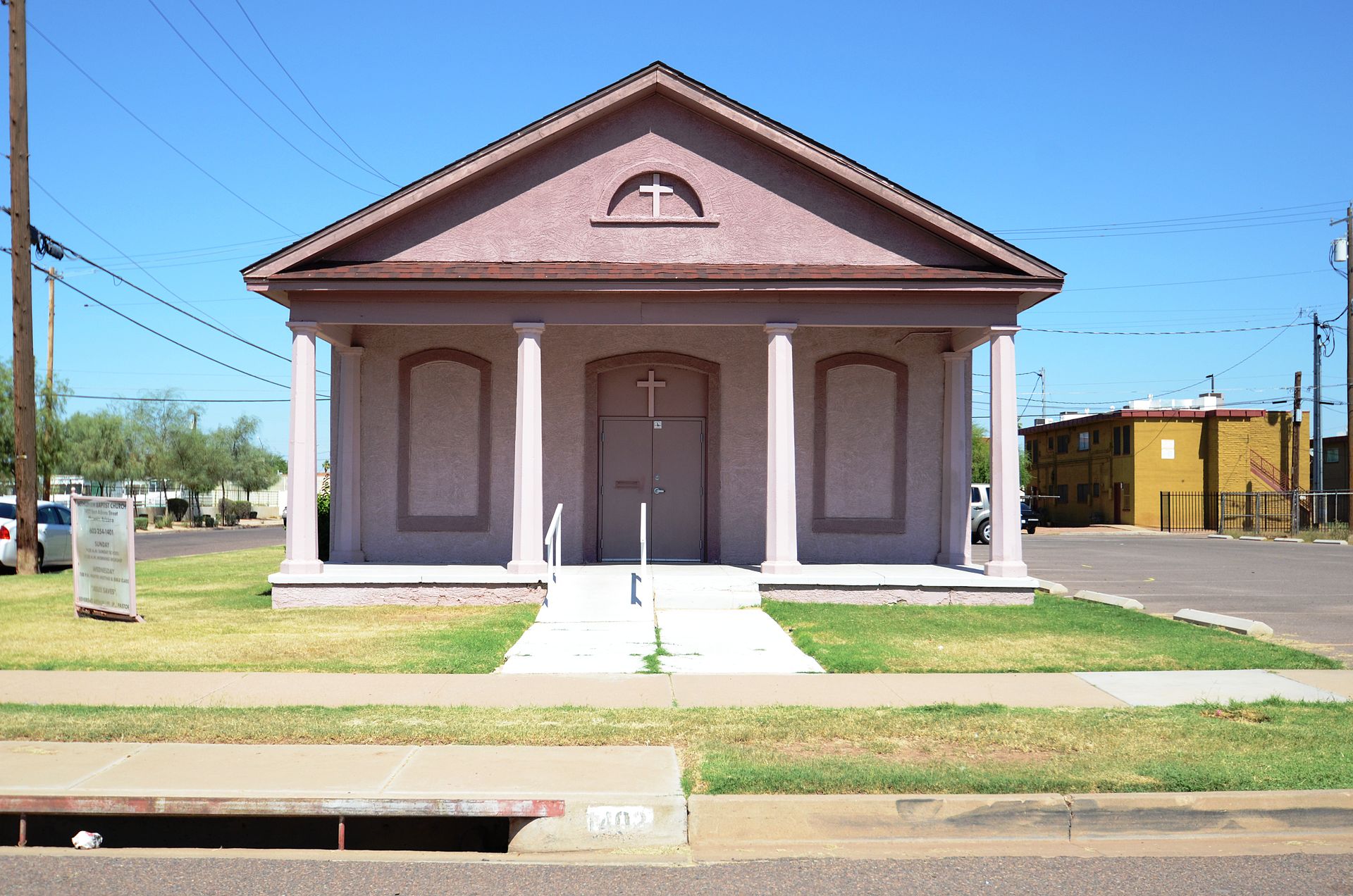 This argument failed to draw sympathy from the jurors, who found him guilty of bigamy and fraud after just 24 minutes of deliberation. The judge sentenced him to a minimum of 34 years in prison. Amid a courtroom packed with over 40 journalists, one was heard to quip that after 105 wives, Vigliotto “might be ready for some solitude.”

‘They say I mesmerise people’

Vigliotto fought his conviction from the confines of Arizona State Prison, claiming that the media frenzy had denied him a fair trial. Rumours swirled in the press that he was writing his life story for a TV special, and that he was considering a million-dollar deal with a potency drug company to use his name.

It was also reported that a flock of his female admirers were proclaiming his innocence and trying to secure him a new trial.

Vigliotto was writing a book about his life that would become a television special. He was signing up with a chemical company that would pay him $1 million to lend his name to a potency drug. A group of women banded together to declare his innocence and attempt to win him a new trial. 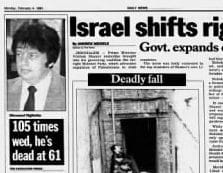 Journalist Tom Fitzpatrick met Vigliotto in jail before his trial, and described him as having “an overflowing belly and an oversize nose. He had a full head of jet-black hair and puffy lips. He looked more like a violinist in a symphony orchestra than a world-class gigolo.”

“They say I mesmerise people. That’s just not true,” Vigliotto told Fitzpatrick. “I love women! And I think I love them because they bring me out of myself. For a brief time, they have the power to make me forget that I am actually short and dumpy and that my face is actually ugly.” 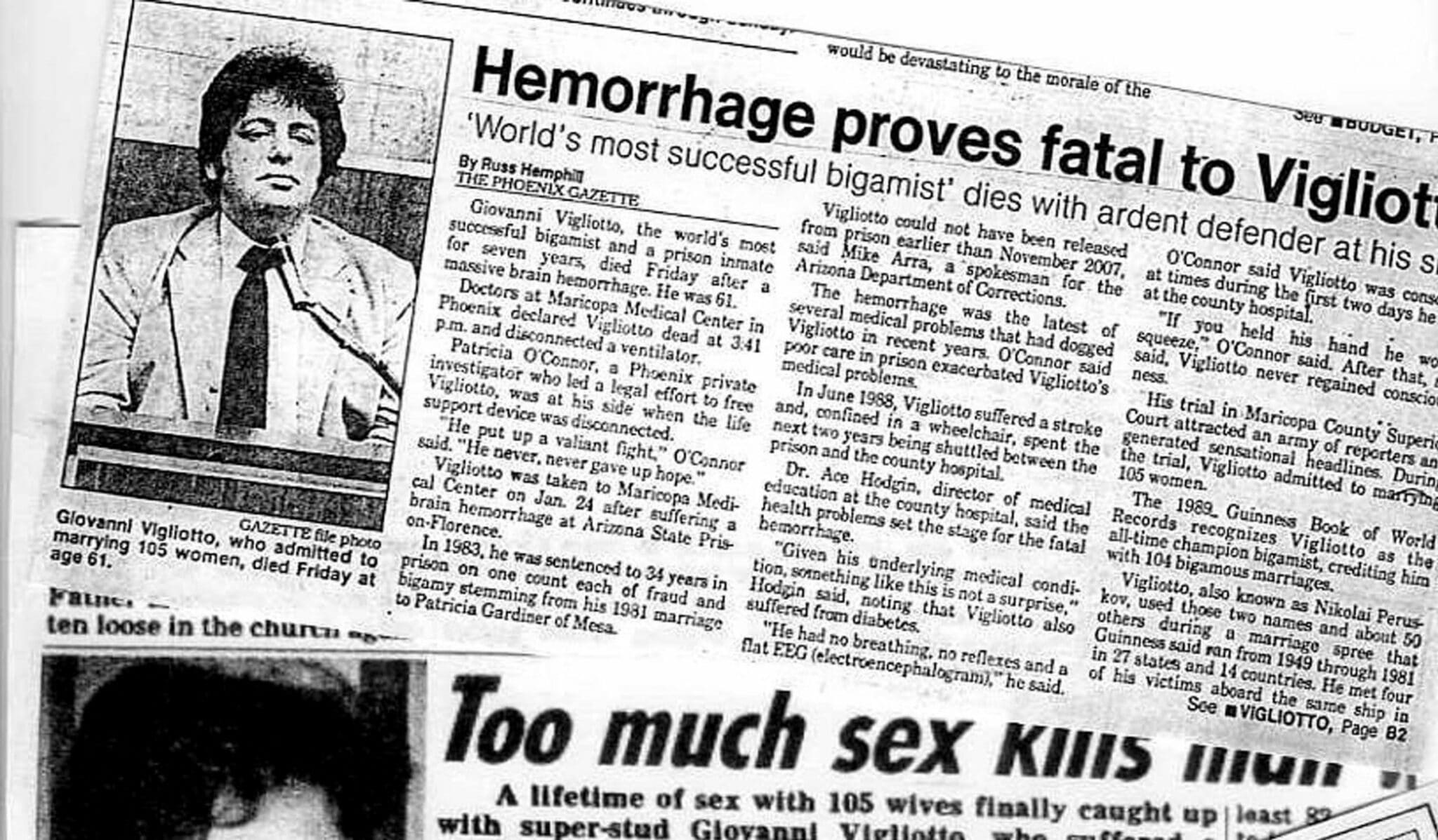 Never released, Vigliotto passed away from a brain haemorrhage in Maricopa Medical Center in 1988.

“Other prosecutors, defence attorneys – they too thought of it as a joke, and it was not a joke,” Stoller later reflected. “All you had to do was to talk to these women, or read the letters that came into my office from people who had been victimised by him.”

“I also think there are a lot of people who weren’t victimised in the future because he was convicted, went to prison and died,” he added. “Because this guy was very good at what he did. He just happened to run into someone who was willing to hold his feet to the fire.”