A Look At The Book Every Take That Fan Had To Get Their Hands On! 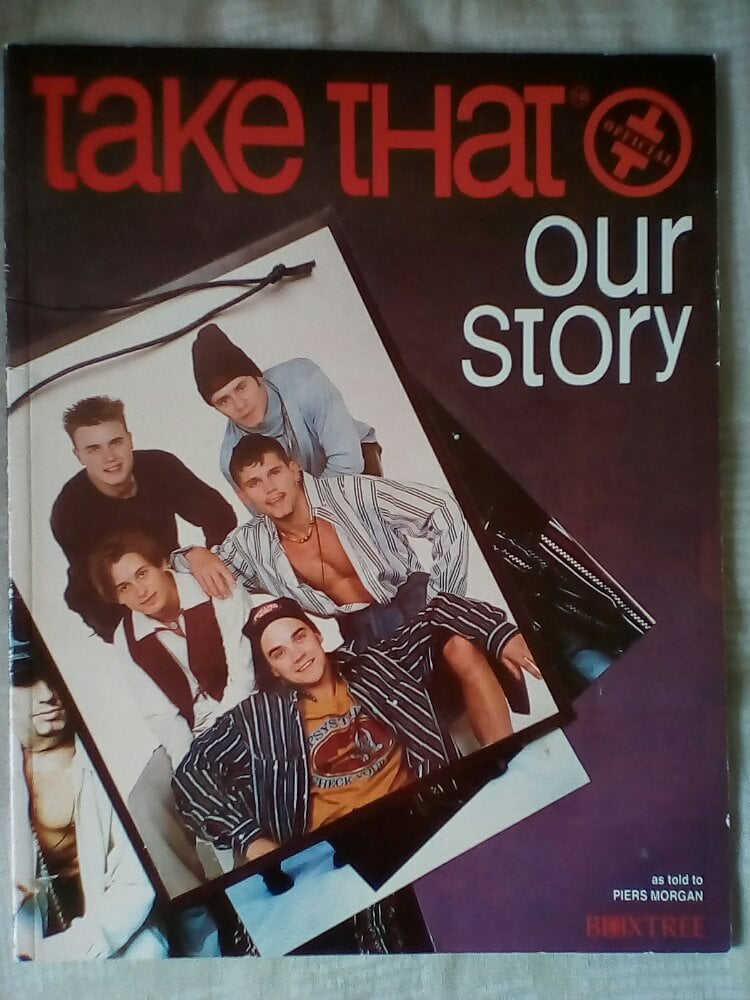 Take That! The boy’s from Manchester (and Robbie, from Stoke on Trent!) In the early 90s were every teenage girl’s crush! Their bedroom wall’s covered in their poster’s! Take That fans were one loyal fan base! Supporting the band with everything, buying their albums, going to their shows, buying every magazine they appeared on the cover of! These boy’s were hot property! So imagine the excitement when the news of a Take That book, reached the ears of the teenage girls!! Screams up and down the country! Yes, Take Take, Our Story, their very own official book, had arrived! 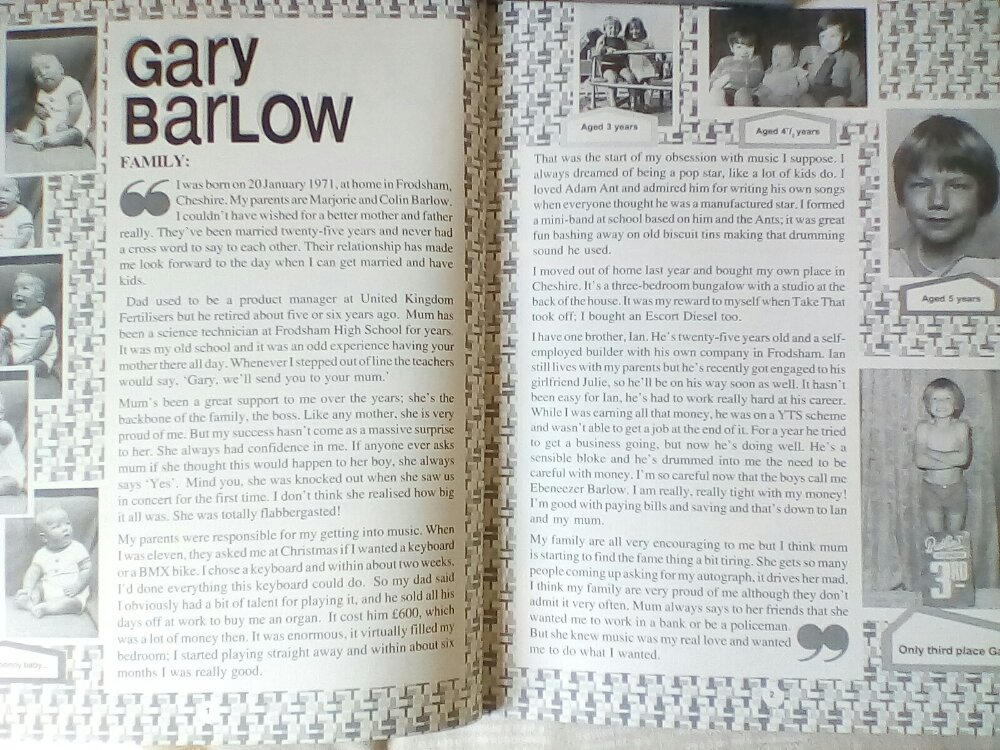 Gary Barlow, born 20th January 1971. Got his first keyboard aged 11, within two weeks he’d done every the keyboard could do! So his Dad brought him an organ and within six months Gary was excellent on it! A naturally gifted musician! By thirteen he was out there gigging! At fourteen he had a residency at a British Legion Club, he even backed Ken Dodd there! At fifteen Pebble Mill came along with a school carol competition, Gary entered with his sing, ‘Let’s Pray For Christmas’ which won the semi final, but not the final final!

From an early age it was clear what a talented singer/songwriter Gary Barlow was! He even had at Studio at his home! 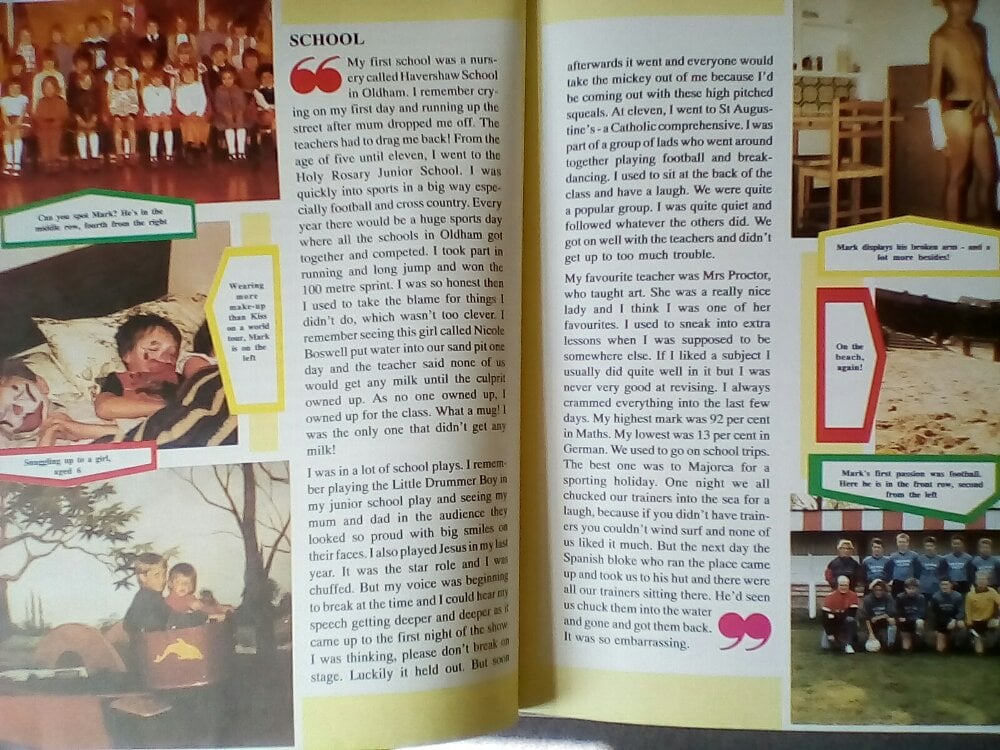 Mark Owen! He was the most popular member of Take That! The cute one! The most fancied. The one the girl’s screamed the loudest for! Born in 1972, in Oldham. As a child Mark was n extremely talented footballer, he even had a trial for Manchester United! After leaving school he spent time working in a bank, it was around this time he met Gary Barlow! 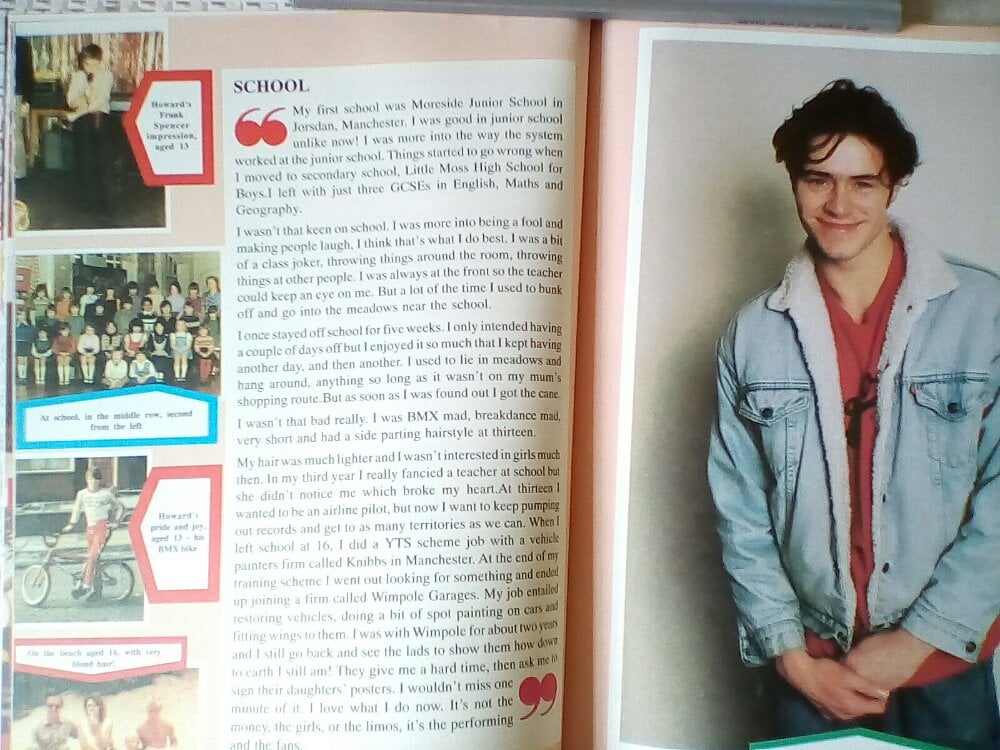 Howard Donald. The oldest member of the band, born in 1968. When he joined Take That his Mum didn’t like it, she wanted him to get a proper job! But as the band became successful, she couldn’t believe it! Howard’s dancing skills in the band were incredible! Especially his breakdancing! 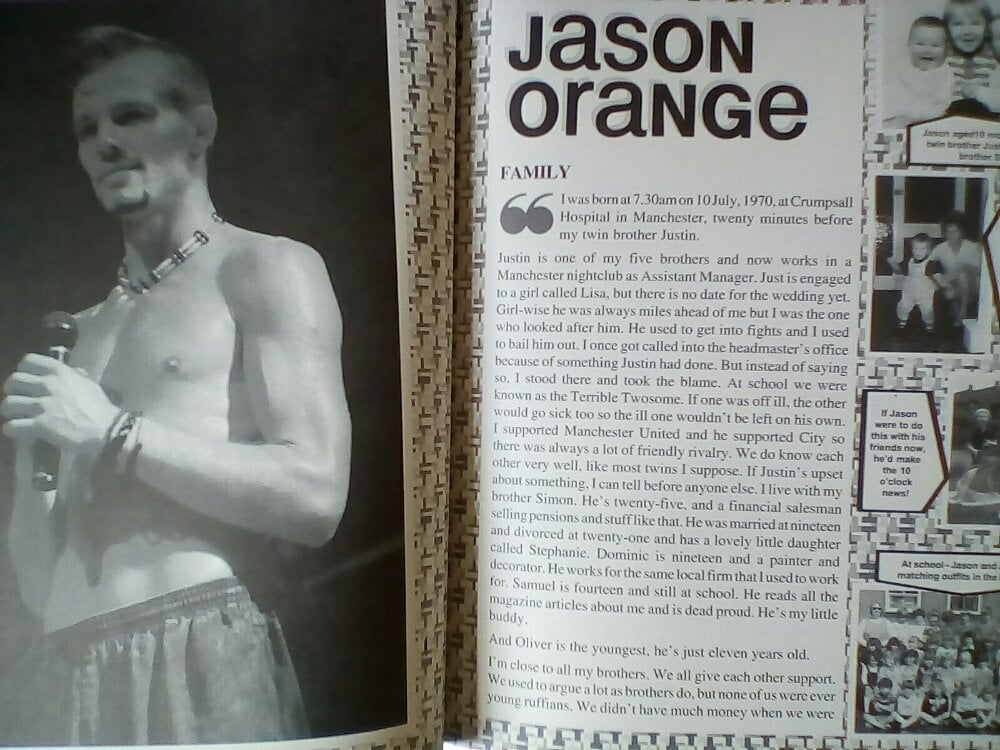 Jason Orange! Born 1970, twenty minutes before his twin brother, Justin! Jason was another incredible break dancer! He worked as a painter and decorator before joining the band! Which he knew he didn’t want to spend the rest of his life doing, he wanted to get out! And he sure did! 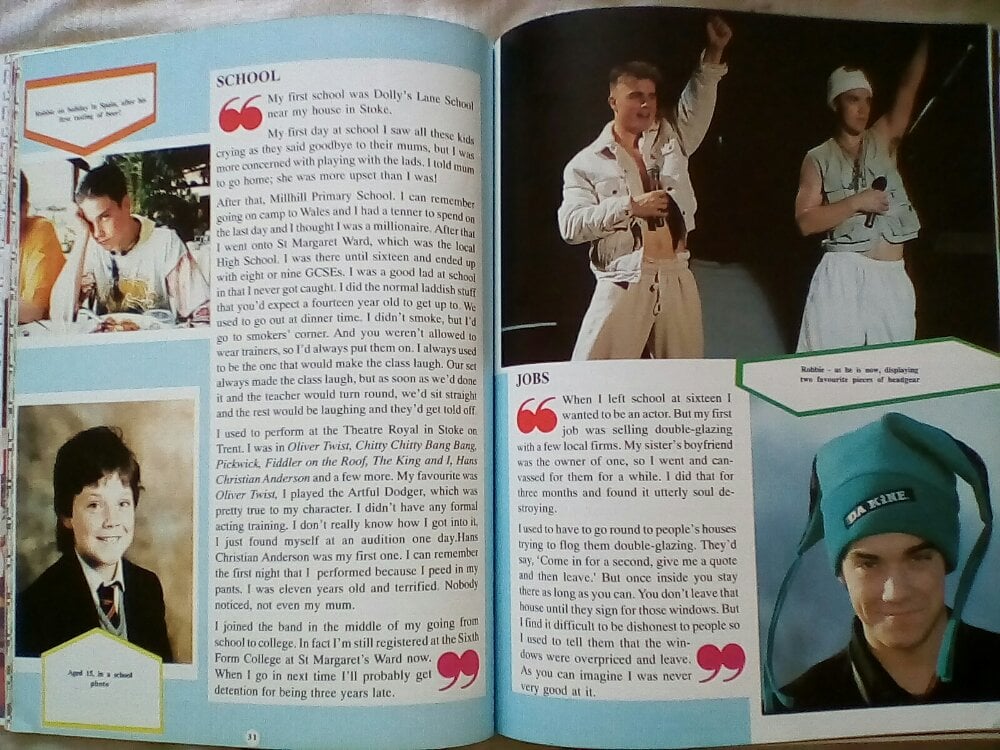 Robert Peter Williams! The youngest, born on 13th February 1974! When the band started his Mum would pay for his train fare from Stoke On Trent to Manchester!

Growing up Robbie appeared in many productions at the Theatre Royal in Stoke On Trent. Including, Chitty Chitty Bang Bang, The King and I, Oliver Twist, where Robbie took on the role of the Artful Dodger!

He had one job before the band, selling double glazing, which he was not good at! But it didn’t matter, as at the tender age of sixteen, Robbie joined the band! 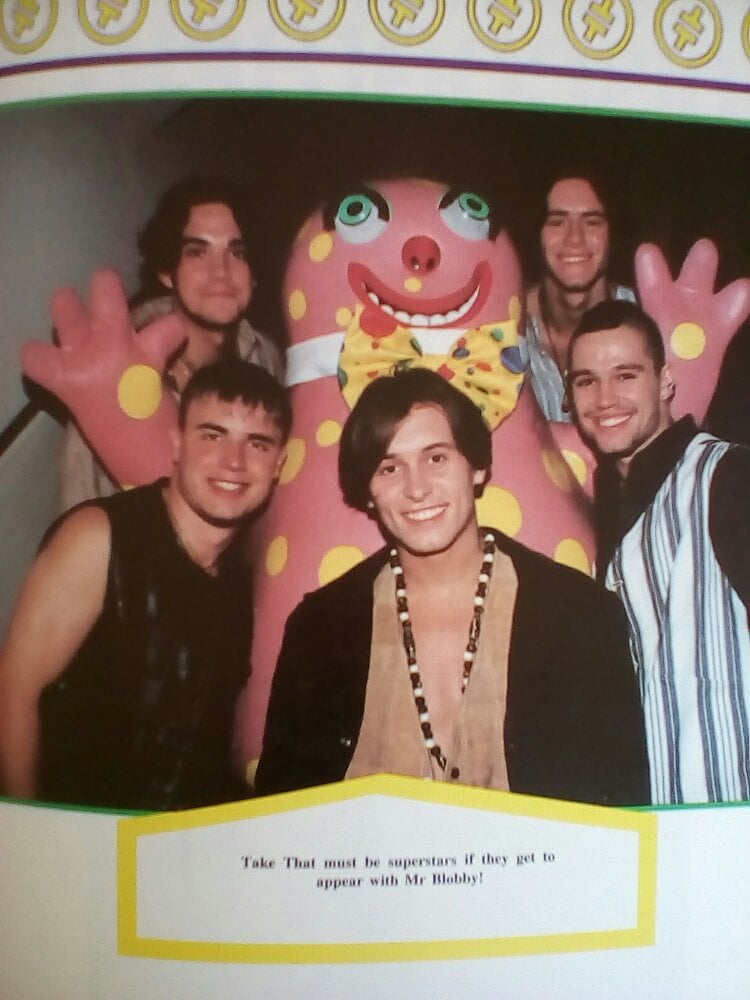 Take That! They started off going to their gigs in an old van! Then the day came when it was a limo! With their army of fans, they shot to pop super stardom! With girls following them to television studio’s, recording studio’s, they even had fans camping outside their homes! 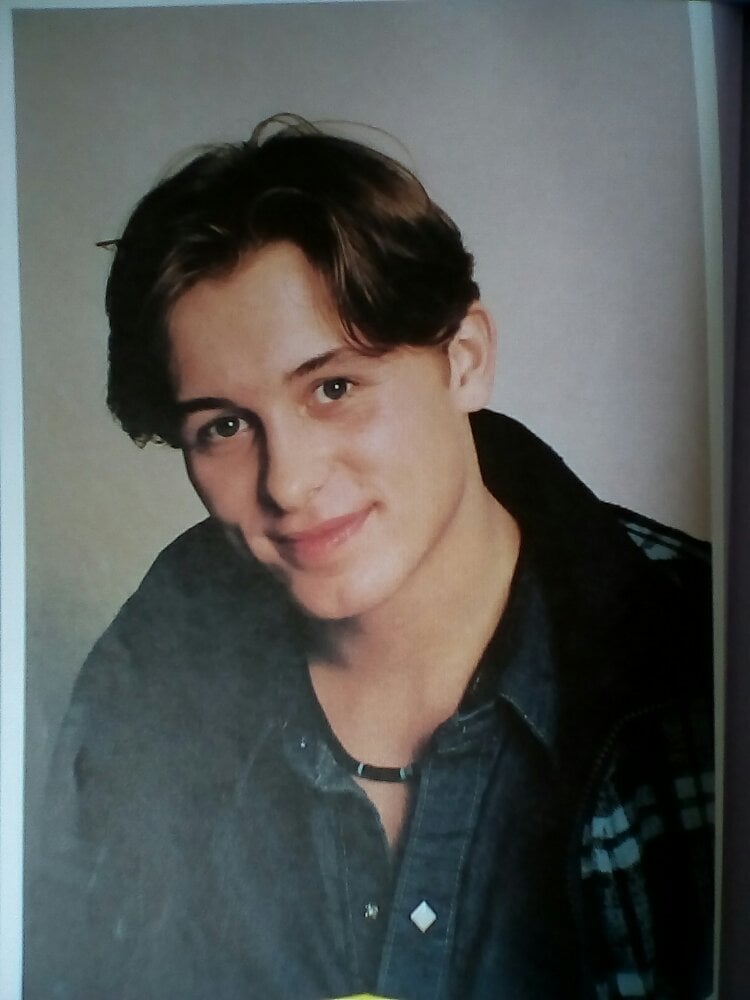 For the first year of the band, things moved slowly. Their manager, Nigel Martin Smith, got no after no, from Record Companies! So they released their single, Do What You Like, on Nigel’s own label, Dance UK. Which got them noticed, more and more people were showing an interest in them! The band finally got signed by RCA records in September 1991, and the rest is history! 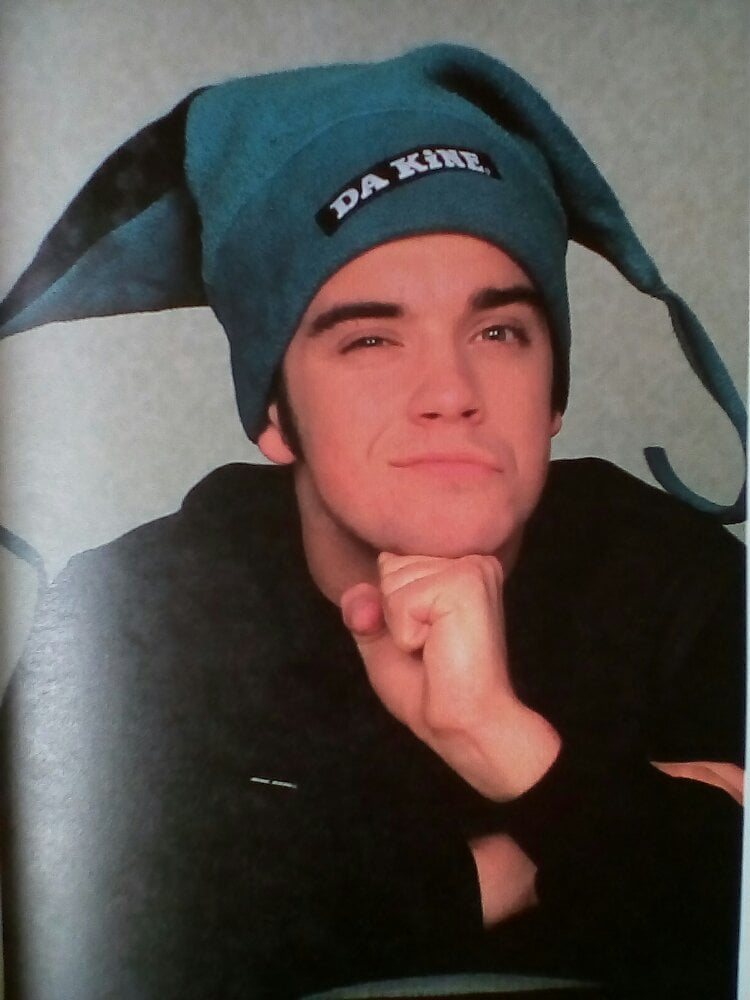 They released their debut album, Take That and Party, in August 1992. Which went in the charts at number 2!

They were constantly on the road, TV appearances, gigs, photo shoots, Take That mania had arrived!

Naturally a fanclub was formed, in Manchester. To join you had to write off for an application form, at a P.O. Box address! Wat before the days of website’s! Ha ha! 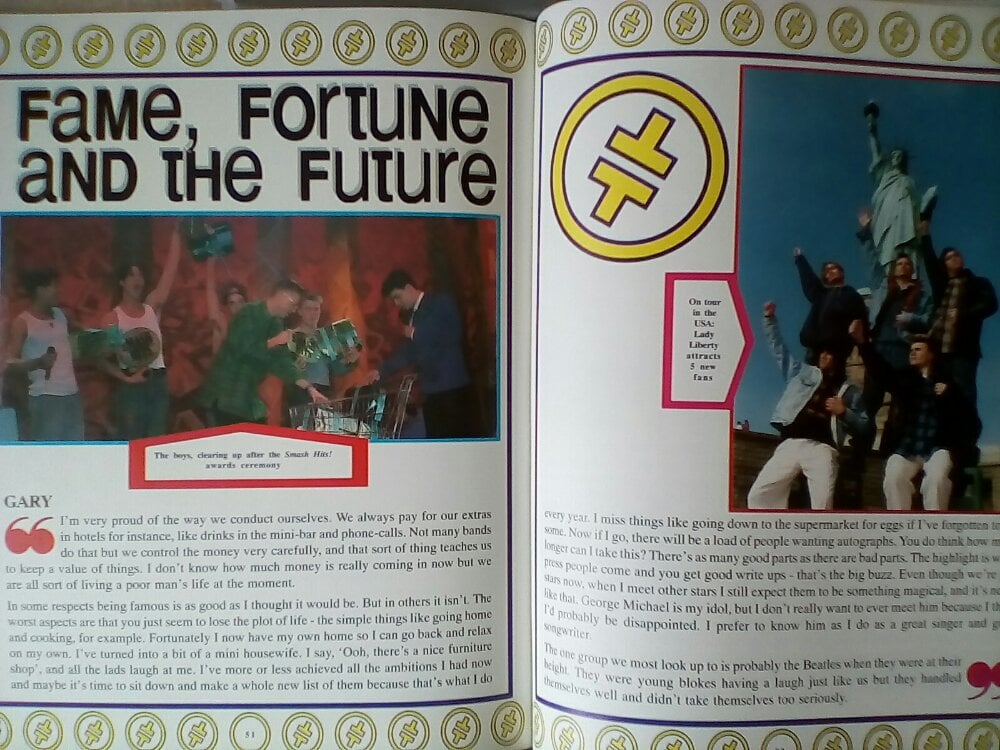 Take That, the first time around, a boy band, a band perfect for teenage girls! Little did we know they would have a come back, bigger and even better than before! But back in the early 90s they were pin ups,role models, aimed at teenagers and they really were a perfect band for a young teenage girl! This book, Take That Our Story, was one exciting read indeed!