New York is one of the most iconic cities in the world, and for good reason. Steeped in culture and with a thriving movie scene, there have been hundreds of films set in the Big Apple, while the city has provided the setting for many of our 80s favourites.

New York holds a place in many of our hearts and imaginations, acting as the archetypal home of the starving artist and thriving businessman alike. The city is hailed as being one of the most recognisable locations on Earth, and considering the amount of flicks it’s been featured in, this is hardly surprising. Here are our picks of the best 80s movies set in The City of Dreams.

An absolute classic, this star-studded flick ticks all the right boxes. Upon its release in 1984, Ghostbusters was met with rave reviews and quickly became a cultural phenomenon.

It’s sharp, witty and outrageously hilarious; truly timeless yet a piece of film history in its own right. Ghostbusters was filmed on location in New York, and it took some serious effort to scout out the perfect shooting spots. The crew drove around filming random scenes at iconic attractions, and even managed to anger a disgruntled security guard who wound up being featured in the final movie.

The team then moved on to LA just in time to avoid the bitter chill of winter in New York, where they filmed inside buildings which they hoped would somewhat resemble the classic New York architecture.

When Harry Met Sally… is one of the most memorable rom-coms of all time. Starring Meg Ryan and Billy Crystal, the film revolves around their characters’ various chance meetings in New York City.

In fact, it was in NYC where the story originated when the writer, producer and director met at the Russian Tearoom to discuss a movie idea. Since the film’s release, the NYC filming locations have become iconic to its fans, attracting thousands of tourists each year.

This includes the diner, Katz’s Delicatessen, where the famous “orgasm scene” was filmed. The line “I’ll have what she’s having” has become synonymous with the film, and remains one of the most quoted lines in movie history.

8. Do the Right Thing

Often considered one of the best films of all time, Spike Lee’s Do the Right Thing was deemed “culturally, historically, and aesthetically significant” by the Library of Congress in 1999.

Unlike many of the films on this list which are filmed at various locations within the vast expanse of NYC, Do the Right Thing was shot on just one Brooklyn street.

There was just one alteration: the production designer adapted the set to heavily feature a red and orange colour scheme in order to convey the sense of a heatwave.

The second Murray flick to make the list, Scrooged is one of the most memorable Christmas movies ever. Based on Dickens’ 1843 novella, this modern retelling of a classic tale is both heartwarming and bleak in equal measures.

Scrooged would signal Murray’s return to film after a four-year hiatus following the overwhelming success of Ghostbusters, and he was clearly back on good form. Unlike the book on which it was based, Scooged is set on the streets of New York rather than those of London.

The film was filmed mainly on Hollywood sets, with shots of the IBC building filmed outside the Seagram building in NYC. New York is the place to be at Christmas, and Scrooged captured all the magic of a wintery New York day (despite hardly any of it actually being filmed there). 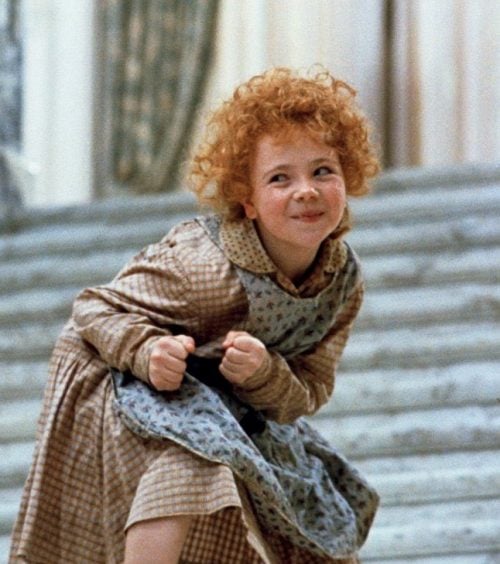 Based on the Broadway musical of the same name, Annie has enthralled generations of musical-lovers in the years since its release. The film is renowned for being set in NYC during the Great Depression, and is filled with a plethora of catchy tunes.

Many of the street scenes were filmed on sets at Warner Bros. Burbank Studios, whereas the mansion scenes were shot at Monmouth University in New Jersey. The grounds were home to two mansions, both of which were featured in the movie.

Production designer Dale Hennesy went to great lengths to perfect the set, overhauling the old Tenement Street backlot set at Warner Bros. Hennesy outfitted many of the New York-style apartments and storefront facades with genuine New York fire escapes brought in especially for the production. Sadly, Hennesy passed away during filming, and the set was renamed Hennesy Street in his honour.

This one’s an obvious choice considering its title, but John Carpenter’s Escape from New York has proved to be a timeless cult classic.

Set in a grimy, futuristic metropolis, the film is something of a social commentary, with Carpenter prompted to write the screenplay in response to the aftermath of the Watergate scandal. The portrayal of NYC as some kind of urban jungle was intentional, and the film is largely set in the city itself.

The crew were even admitted access to Liberty Island, and were determined to highlight the juxtaposition between the high tech, neon-lit police state and the feudal, dimly lit Manhattan Island prison scenes.

4. Once Upon a Time in America

An epic crime drama starring Robert De Niro and James Woods, Once Upon a Time in America chronicles the world of organised crime in NYC. Exploring themes of love, greed, betrayal and mobster life, the film is often considered one of the greatest gangster movies of all time.

The majority of external scenes were filmed in New York, such as in Williamsburg where Fat Moe’s restaurant is based. The iconic view of the Manhattan Bridge seen in the movie’s poster was shot from Washington Street in Dumbo, Brooklyn.

Telling the story of a talented yet struggling male actor living in New York, Tootsie is a hilarious comedy starring Dustin Hoffman, whose character soon turns to cross-dressing to make ends meet.

The film was highly celebrated upon its release, and was nominated for a total of 10 Academy Awards. Many of the scenes were actually filmed in NYC, with the sections set in the Russian Tearoom shot in the restaurant itself.

Other scenes were shot at Central Park and in front of the iconic department store Bloomingdale’s. Additional filming took place at Fort Lee in New Jersey.

Starring Michael Douglas, Charlie Sheen and Daryl Hannah, Wall Street chronicles the tale of a young stockbroker who strikes up an unlikely kind-of-friendship with a ruthless corporate raider.

The film was well-received upon its release, and has even proven influential in inspiring people to pursue a career on Wall Street. Of course, seeing as the film is quite literally named Wall Street, it seems only apt that the many scenes were filmed there.

The crew were even granted permission to shoot on the floor of the New York Stock Exchange during trading hours – a rare occurrence. The actors also consulted with genuine Wall Street bankers and traders, research which proved vital in achieving a strong sense of authenticity in the film.

Moonstruck is a romantic comedy that explores the relationship between a widowed woman and her late fiance’s estranged, hot-headed younger brother. Despite the somewhat dubious premise of the plot, the involvement of Cher and Nicolas Cage ensured the film would be a raging success.

The pair were praised for their “energetic performances”, and the film was a huge critical and commercial success.

Perhaps one of the movie’s most memorable locations is the “Moonstruck house”, a house in Brooklyn Heights that still exists to this day.