The 12 Funniest Fake Celebrity Sightings Of All Time

Have you ever bumped into someone you were absolutely sure was a celebrity, but who turned out not to be quite so rich and famous as you first thought? 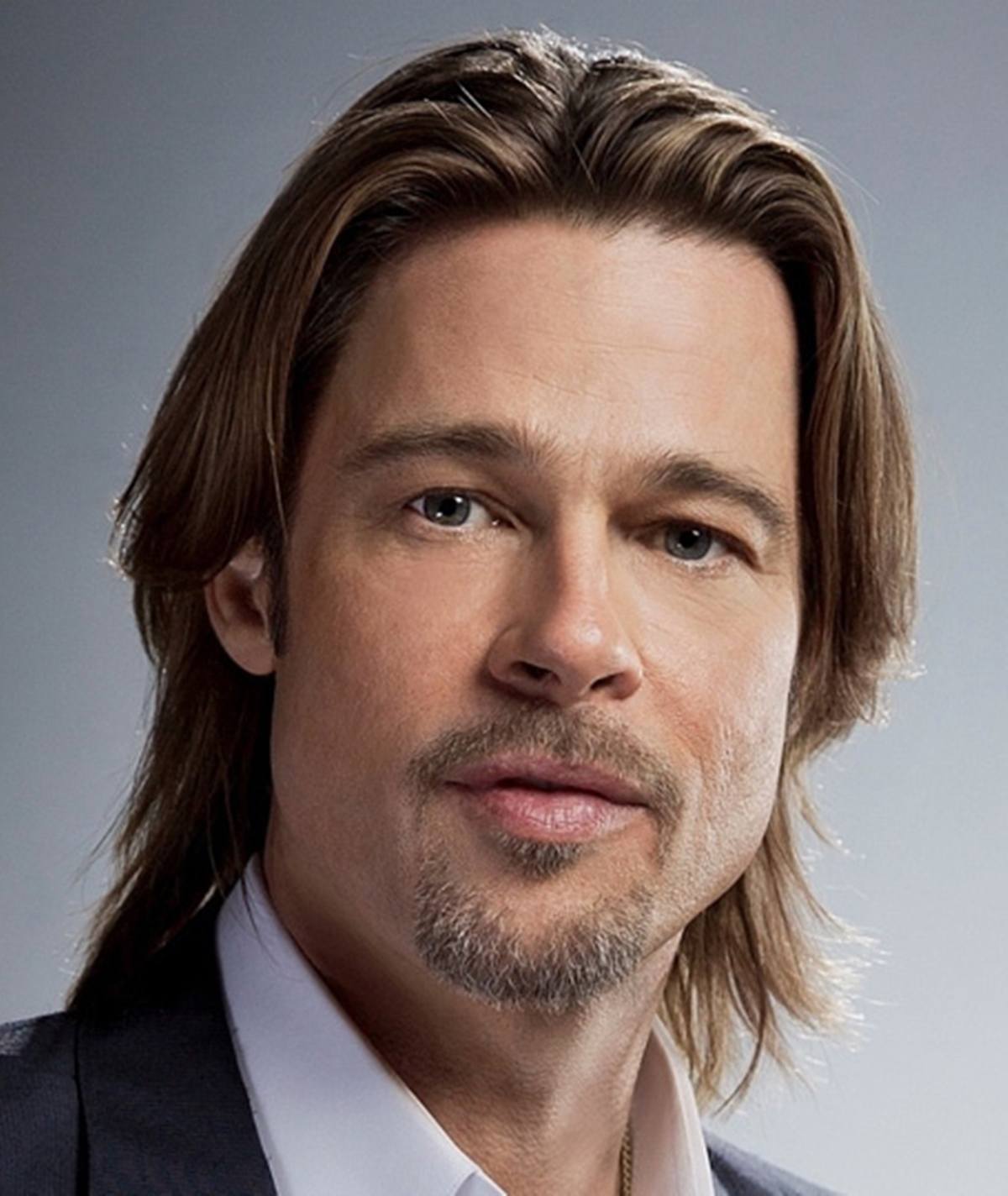 Listen, we’ve all enjoyed a night out or two, but unfortunately the dark lighting combined with the alcohol intake can play havoc with both our eyes and our common sense.

And if the supposed ‘celebrity’ then encourages us to believe what isn’t actually true, for whatever reason, that only fans the flames of our delusion. 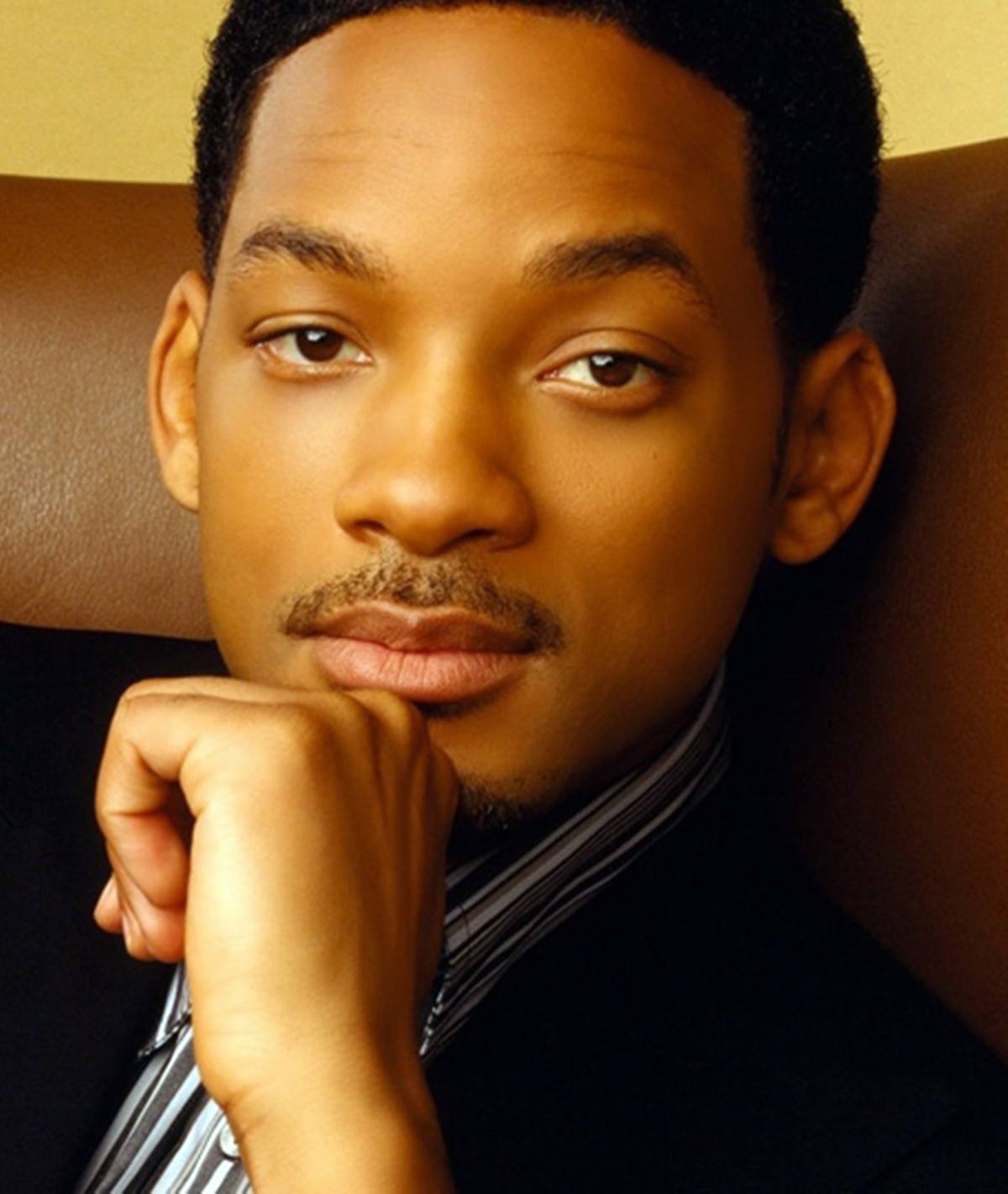 Below are 12 people who were convinced that they’d just had a photo taken with one of their idols, but as you will see, the truth was plain, clear and obvious for absolutely everyone else to see! 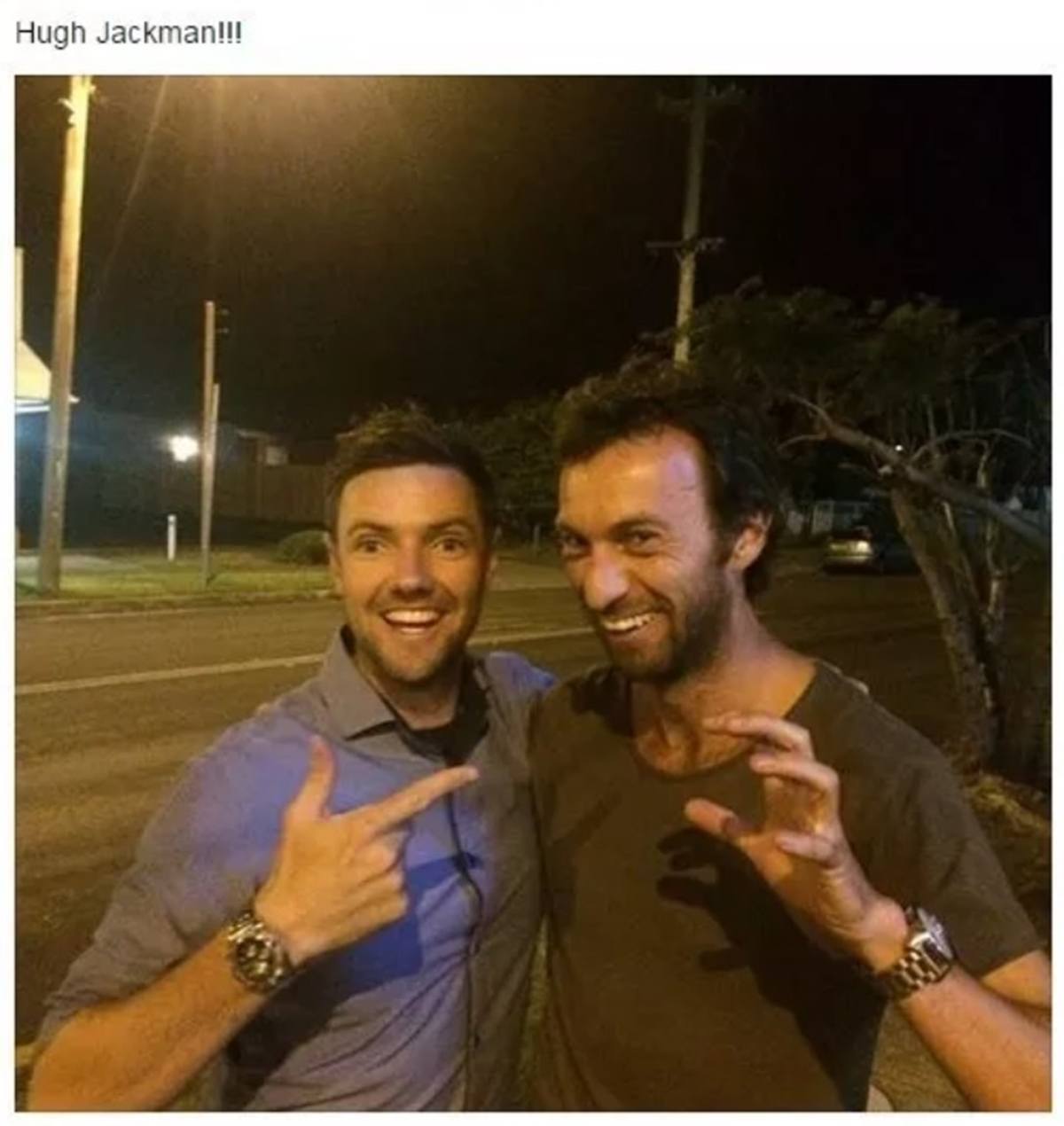 Yes, this chap was convinced that he’d just bumped into legendary Aussie and Wolverine Hugh Jackman, but someone should have informed him that just because he has a beard and could do the pose, it doesn’t mean you should ignore the fact that he’s about four stone lighter than the real deal! 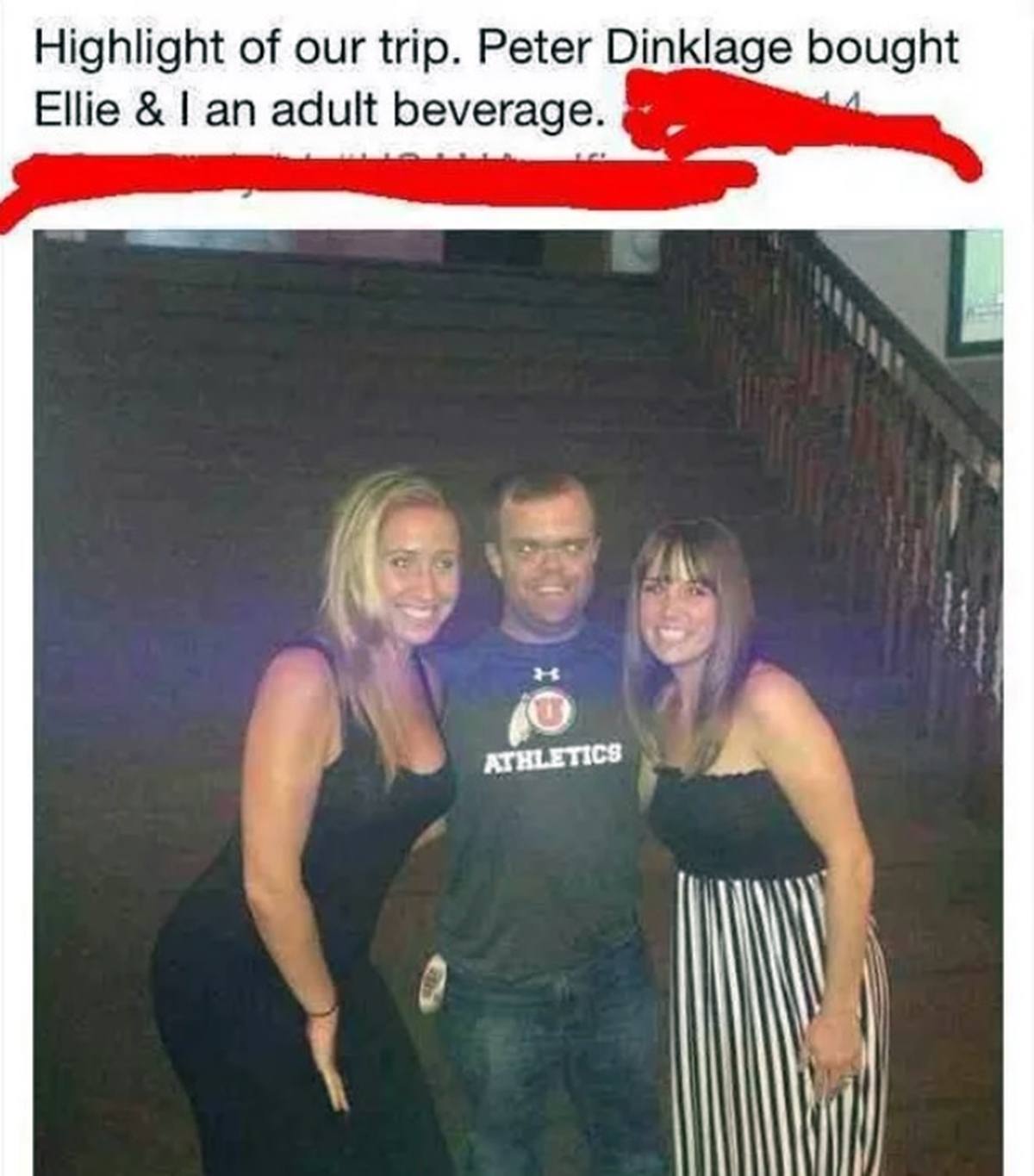 We get the feeling that ‘Peter Dinklage’ quite enjoyed the fact that these two lovely ladies thought he was the Game of Thrones star. 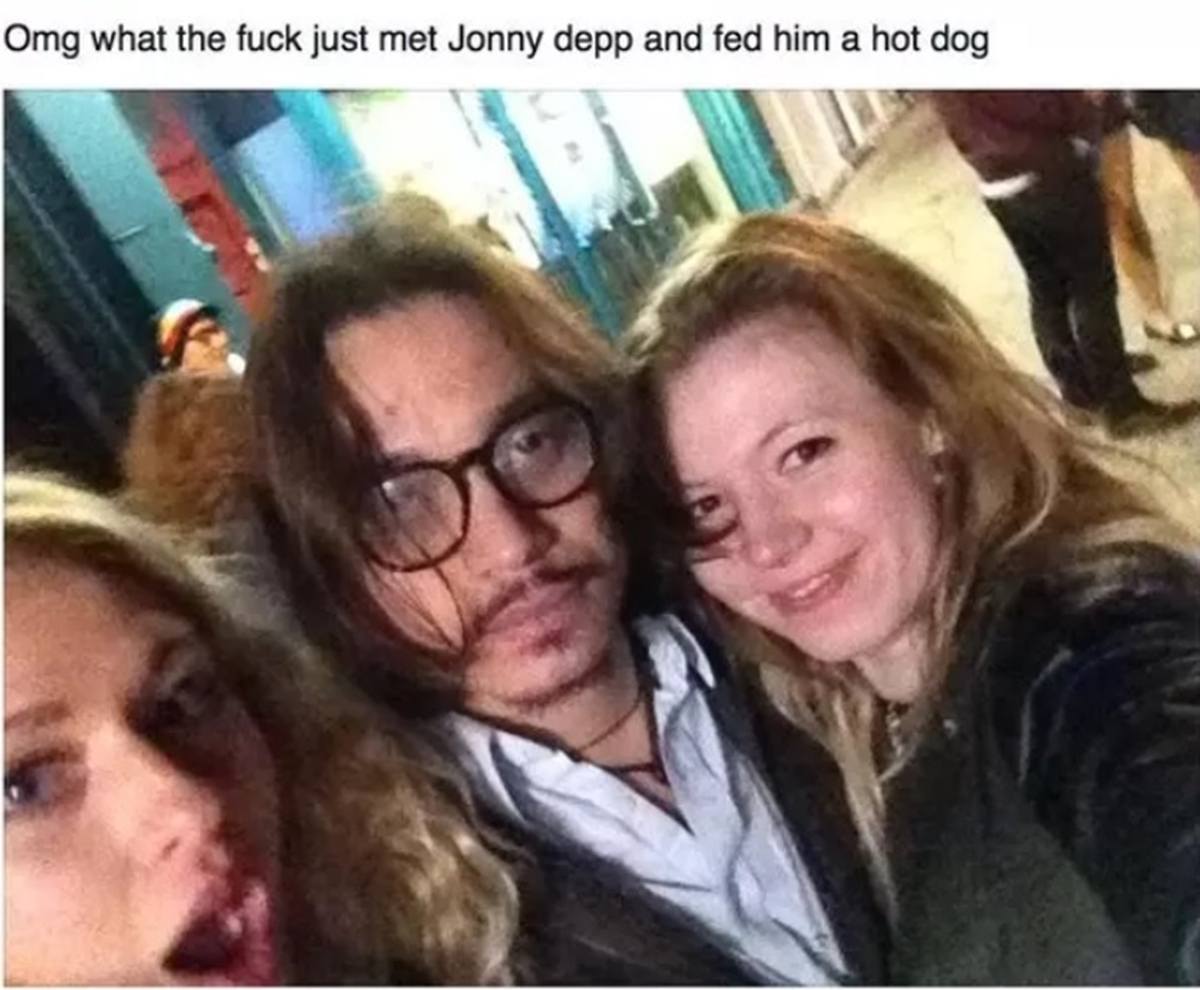 What do you think convinced these two that the gentlemen who they had just fed a hot dog was the legendary actor and heartthrob Johnny Depp? Yes, he does have long dark hair, and yes, Depp does sometimes sport similar facial hair, but that’s where the similarities end ladies! 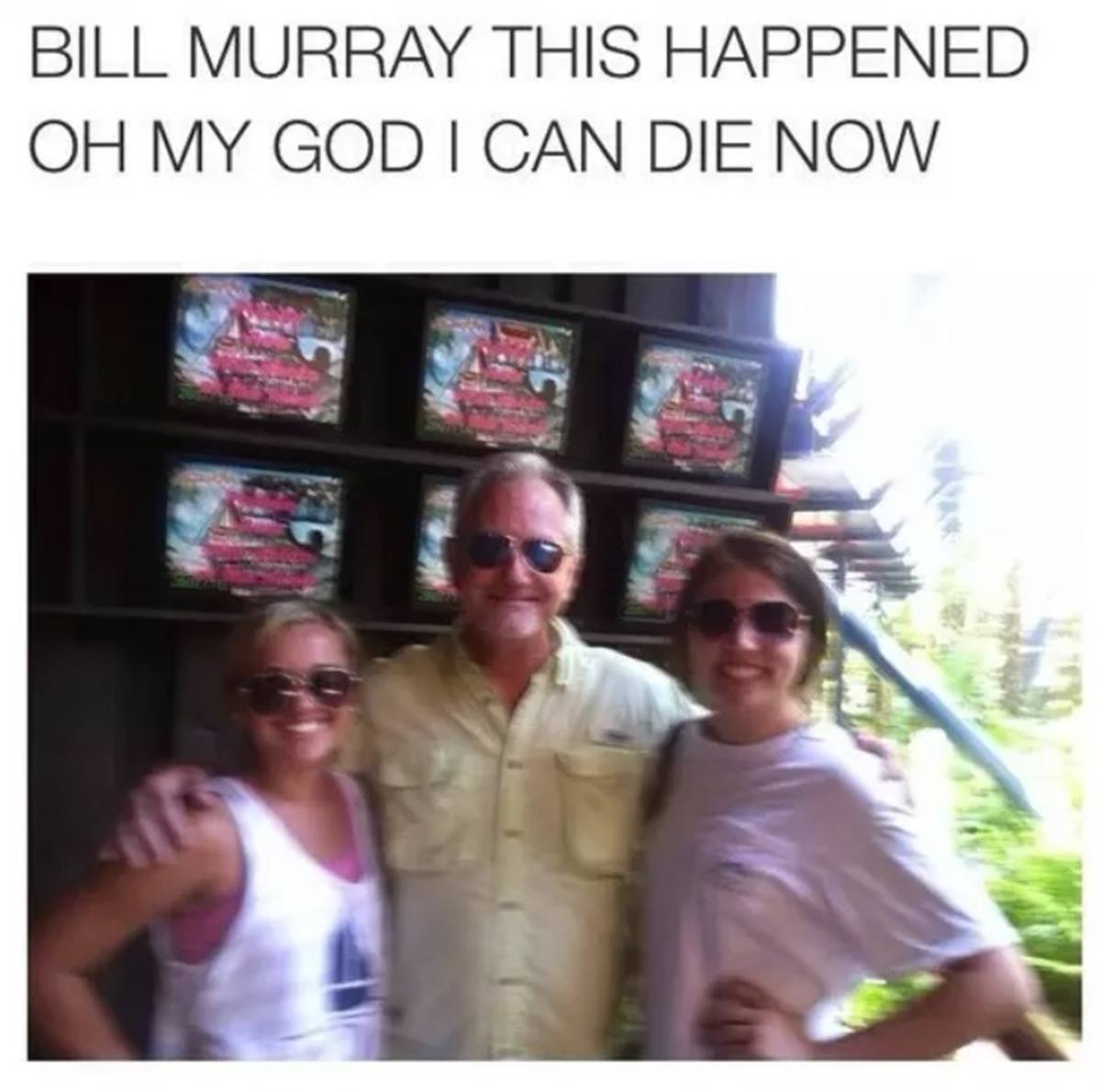 Even through the blurry lens of this bad quality photo, it’s plain to see that, apart from maybe his age, the gentlemen these two ladies have just had their photo taken with doesn’t look anything at all like the legendary Bill Murray! 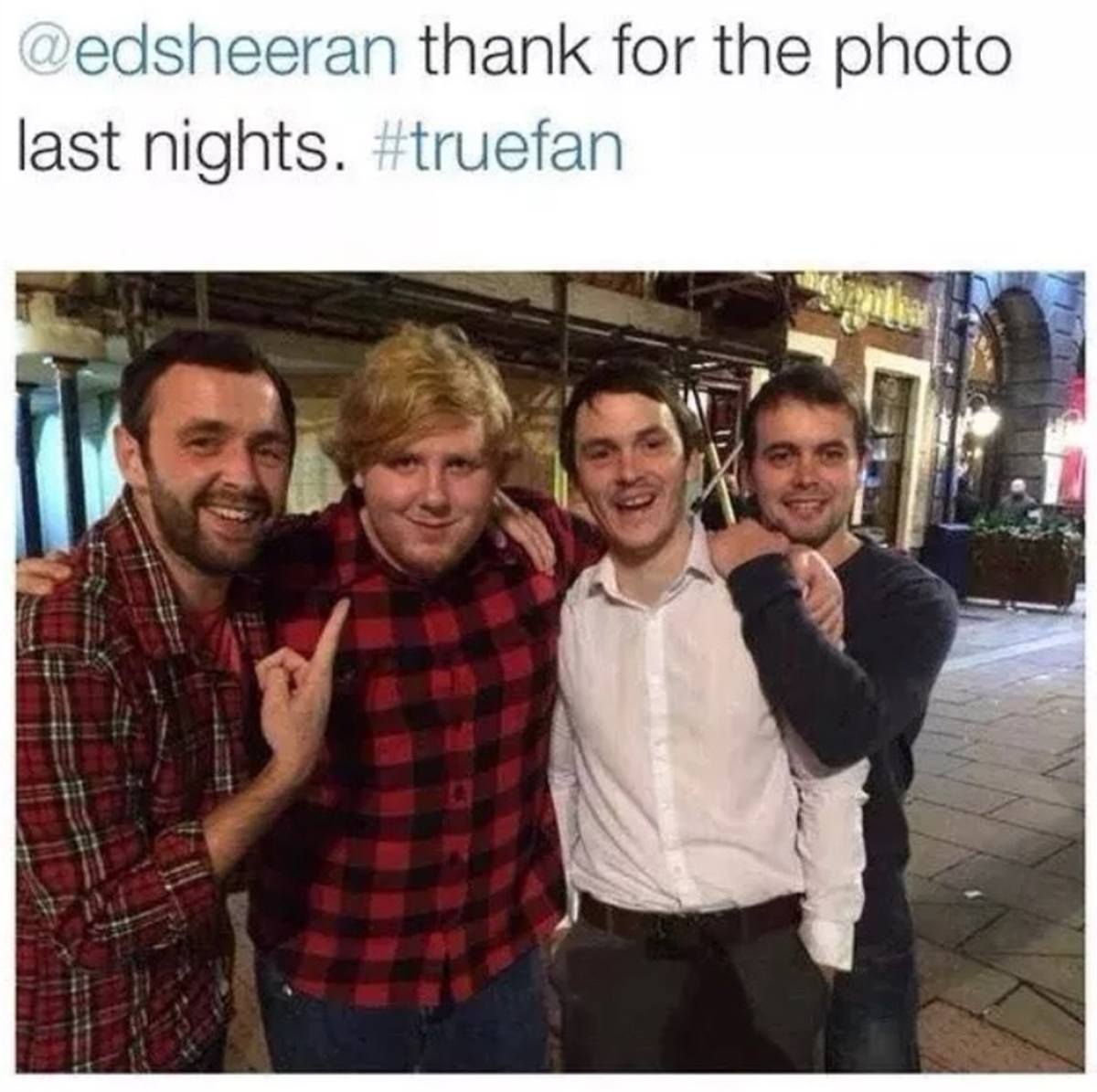 These three chaps were having a laugh right? They were taking the mick, surely? Please don’t tell us that they for one second thought this guy was actually songwriting genius Ed Sheeran? 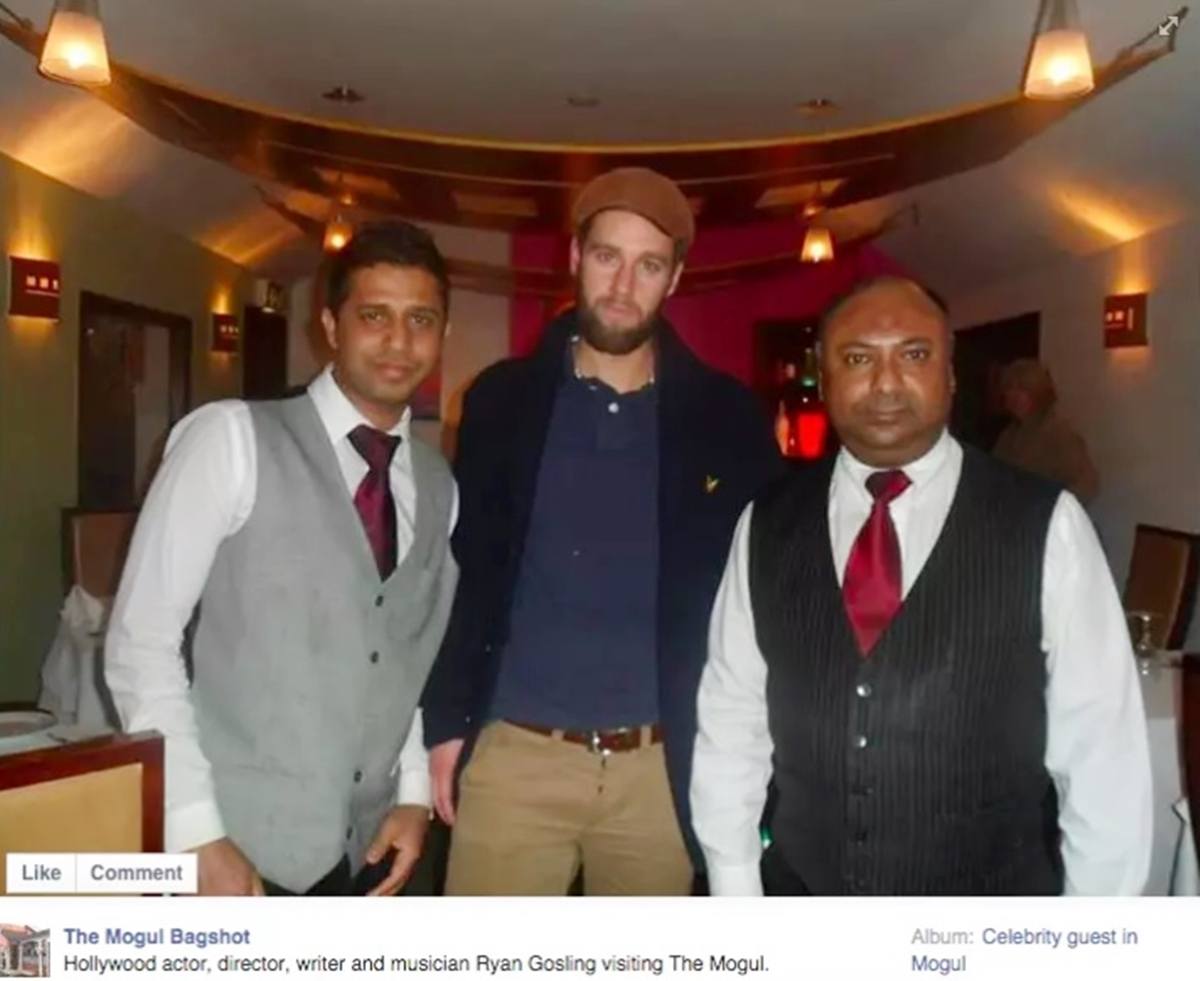 We think ‘Ryan Gosling’ here may have been telling some porky pies in order to obtain a free meal at ‘The Mogul’. What do you think? 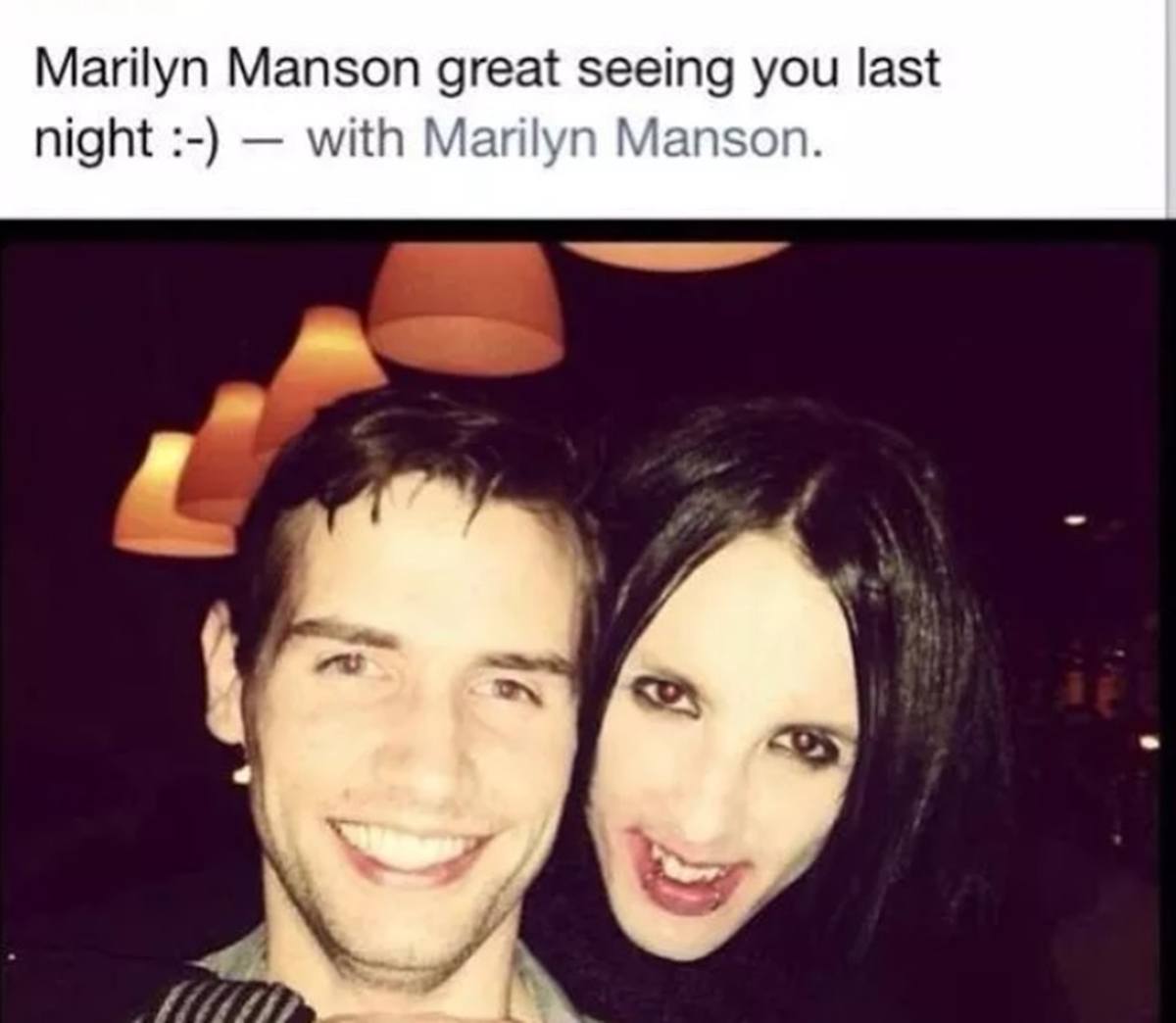 Hang on a second, isn’t the person that this chap believes to be rock legend Marilyn Manson actually a female? We can forgive a small bout of mistaken identity, but if you can’t even get the sex right then what hope do you have? 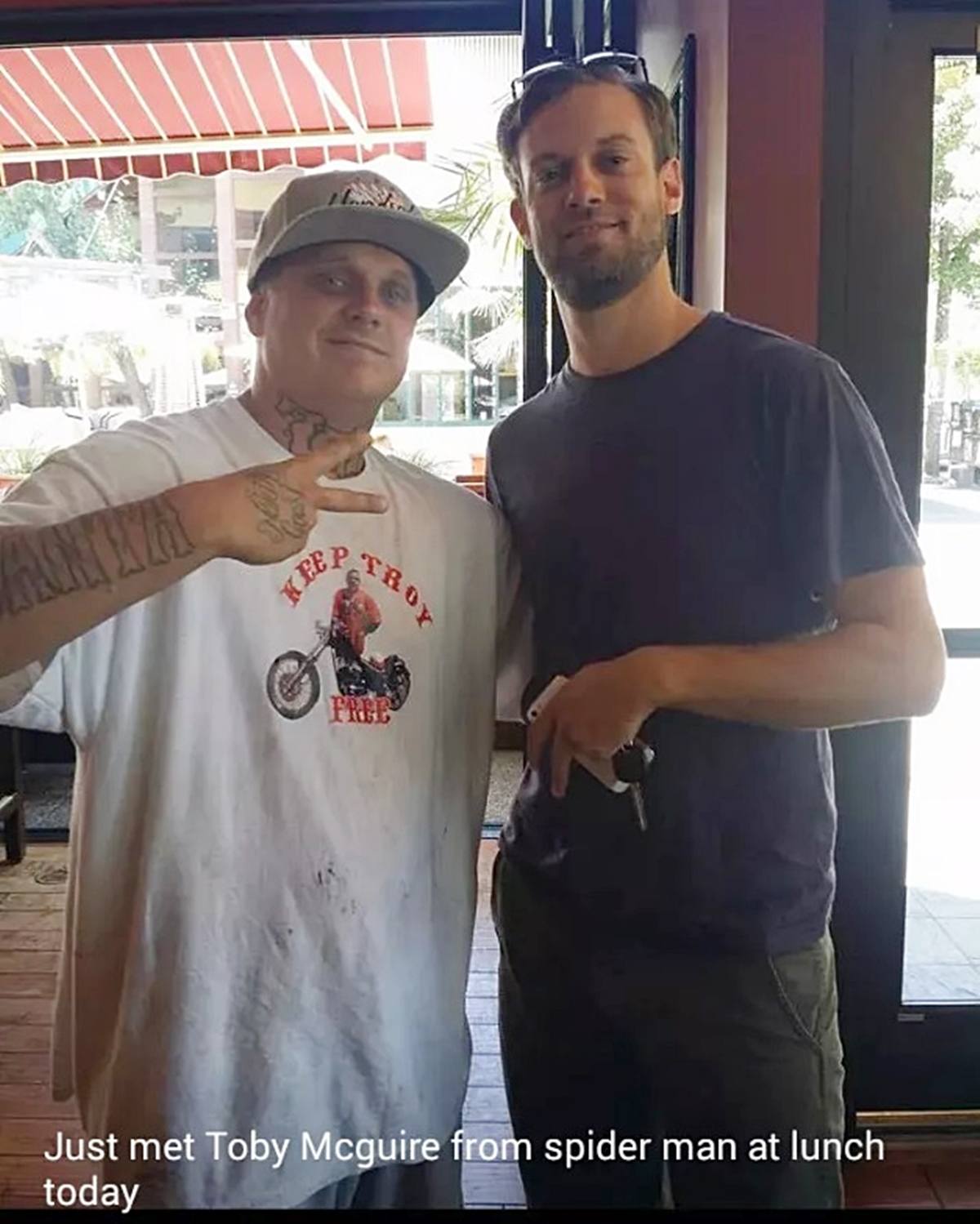 We’re going to forgive this tattoo adorned gentleman here, because to be fair, the guy he’s just had his photo taken with does look a bit like Spiderman actor Tobey Maguire. I mean, it’s clearly not him, but it does look a little bit like him. 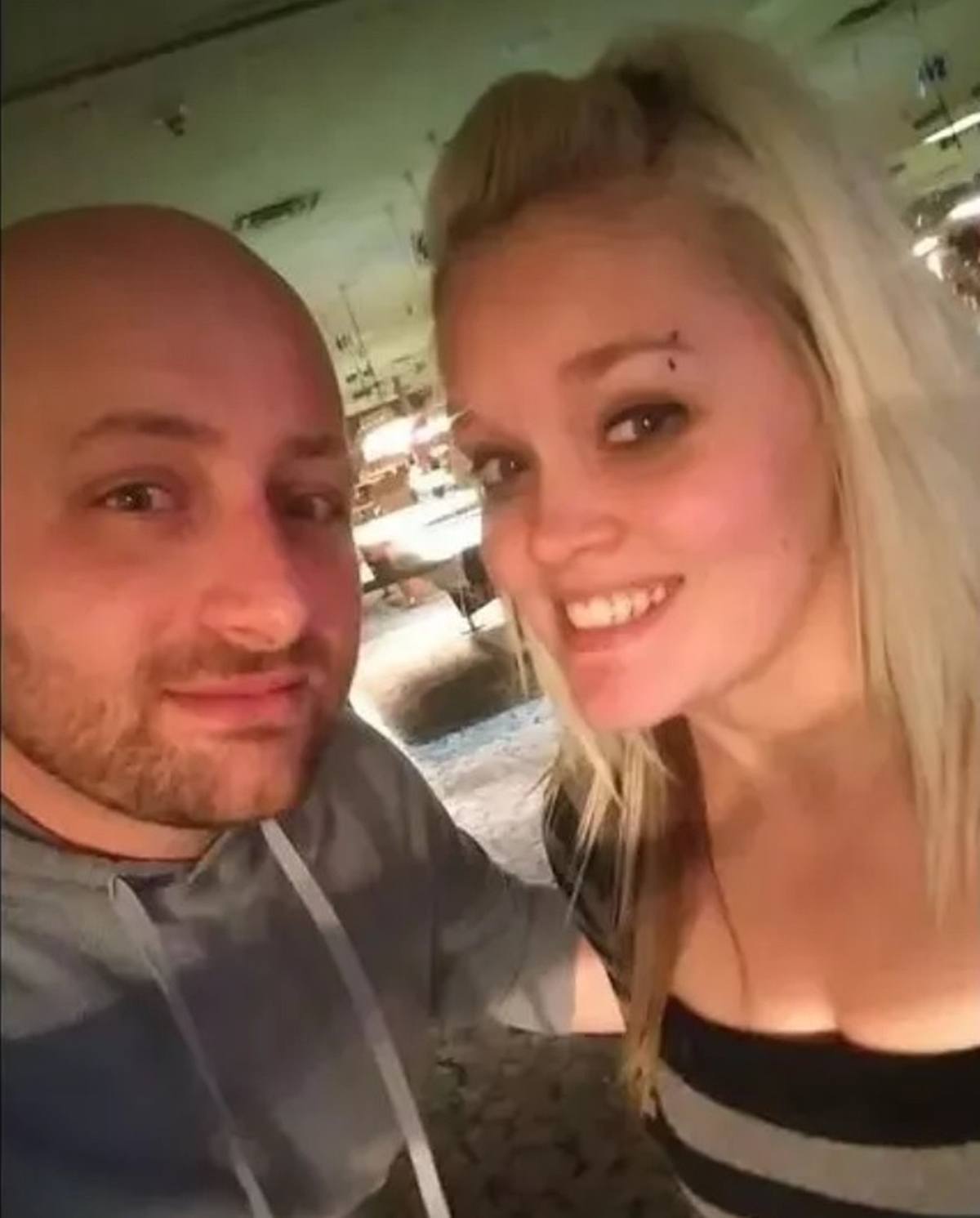 Listen up gents, just because a lady is pretty and has blonde hair, it doesn’t mean she’s Reese Witherspoon! 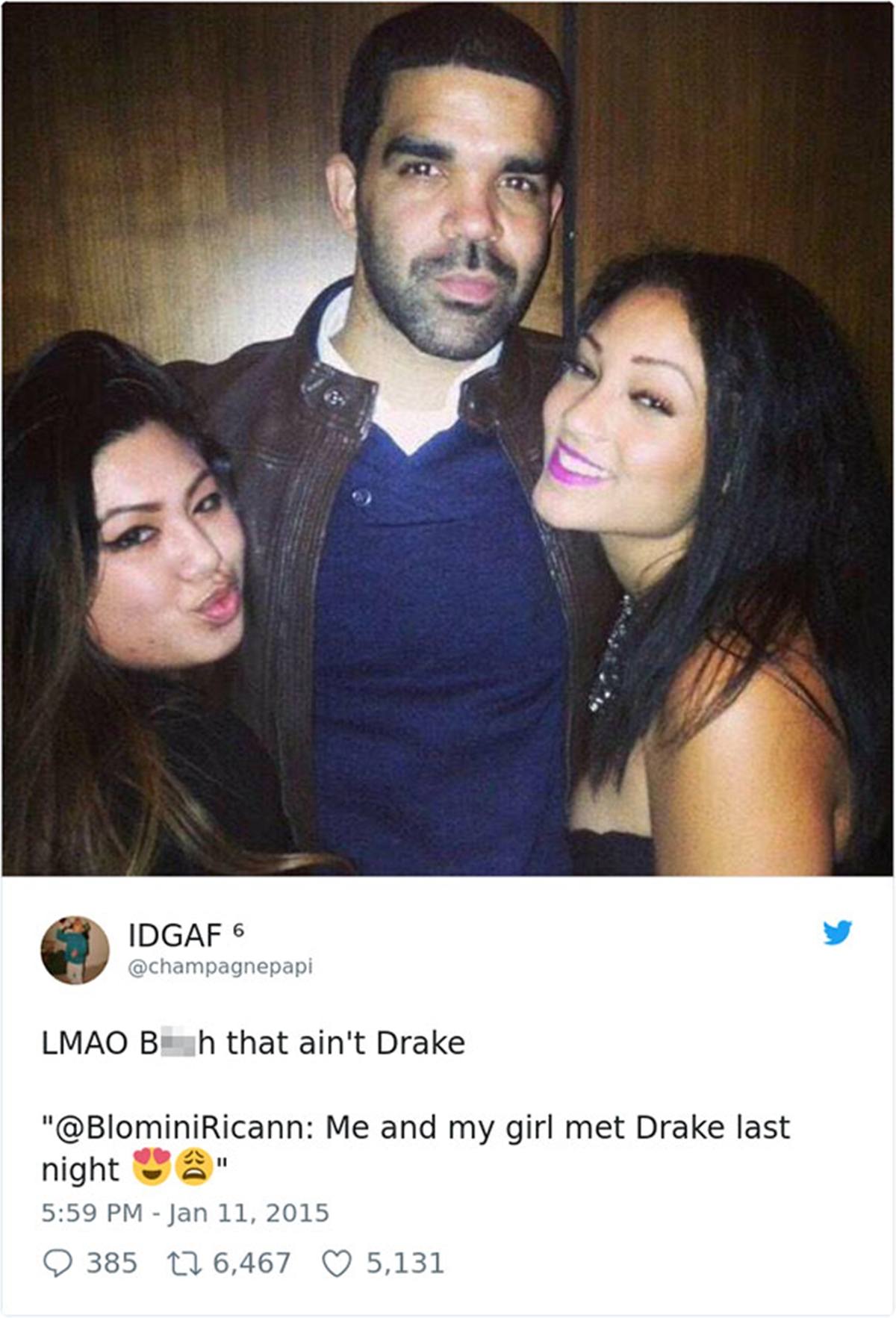 We’re not young or trendy enough to know for sure whether or not this is Drake, but younger people have reliably informed us that it most definitely isn’t. 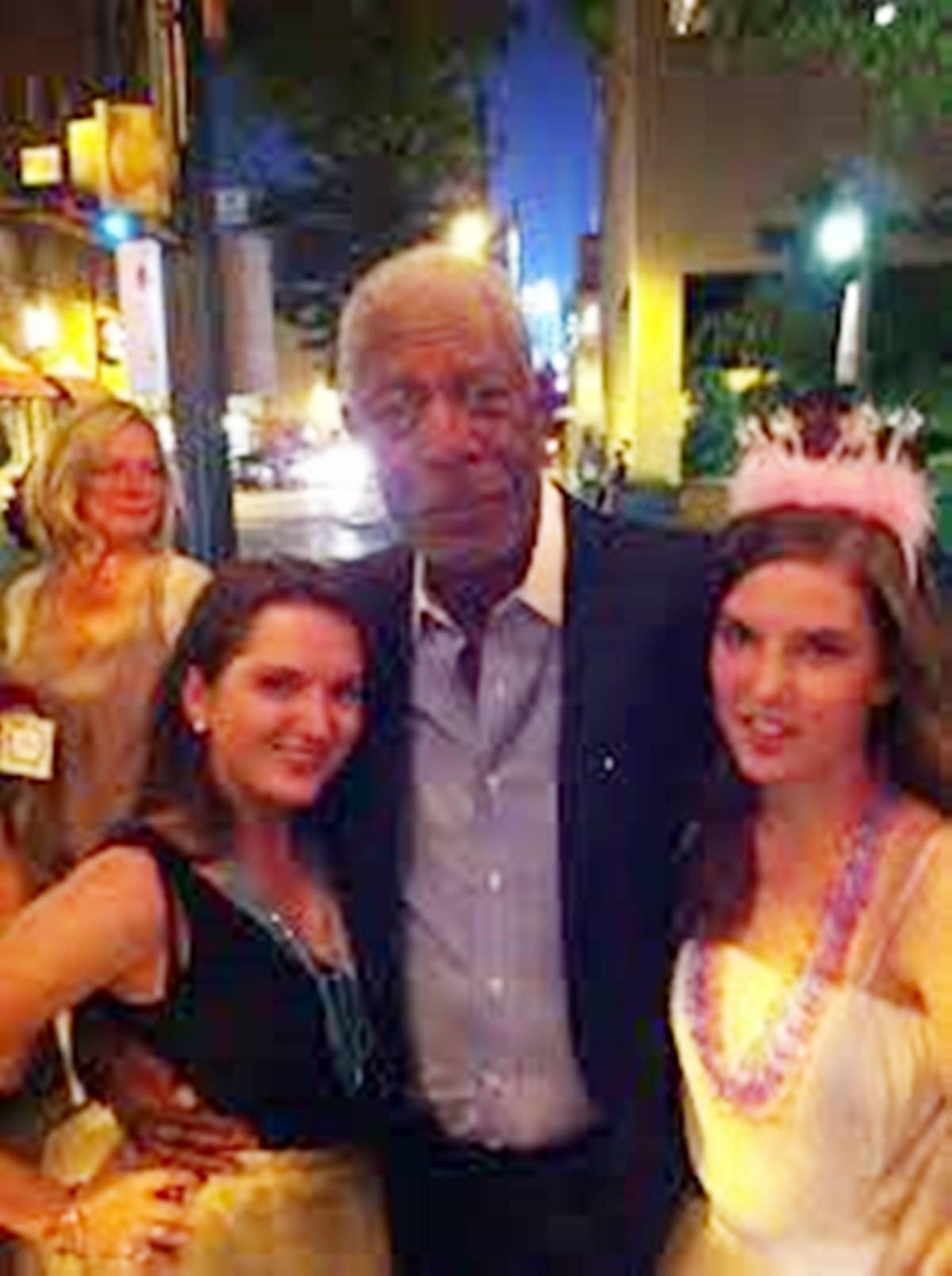 Another word of warning to you all; just because you’ve bumped into a good looking elderly black gentleman with grey hair and dulcet tones, it doesn’t mean that he’s Morgan Freeman! 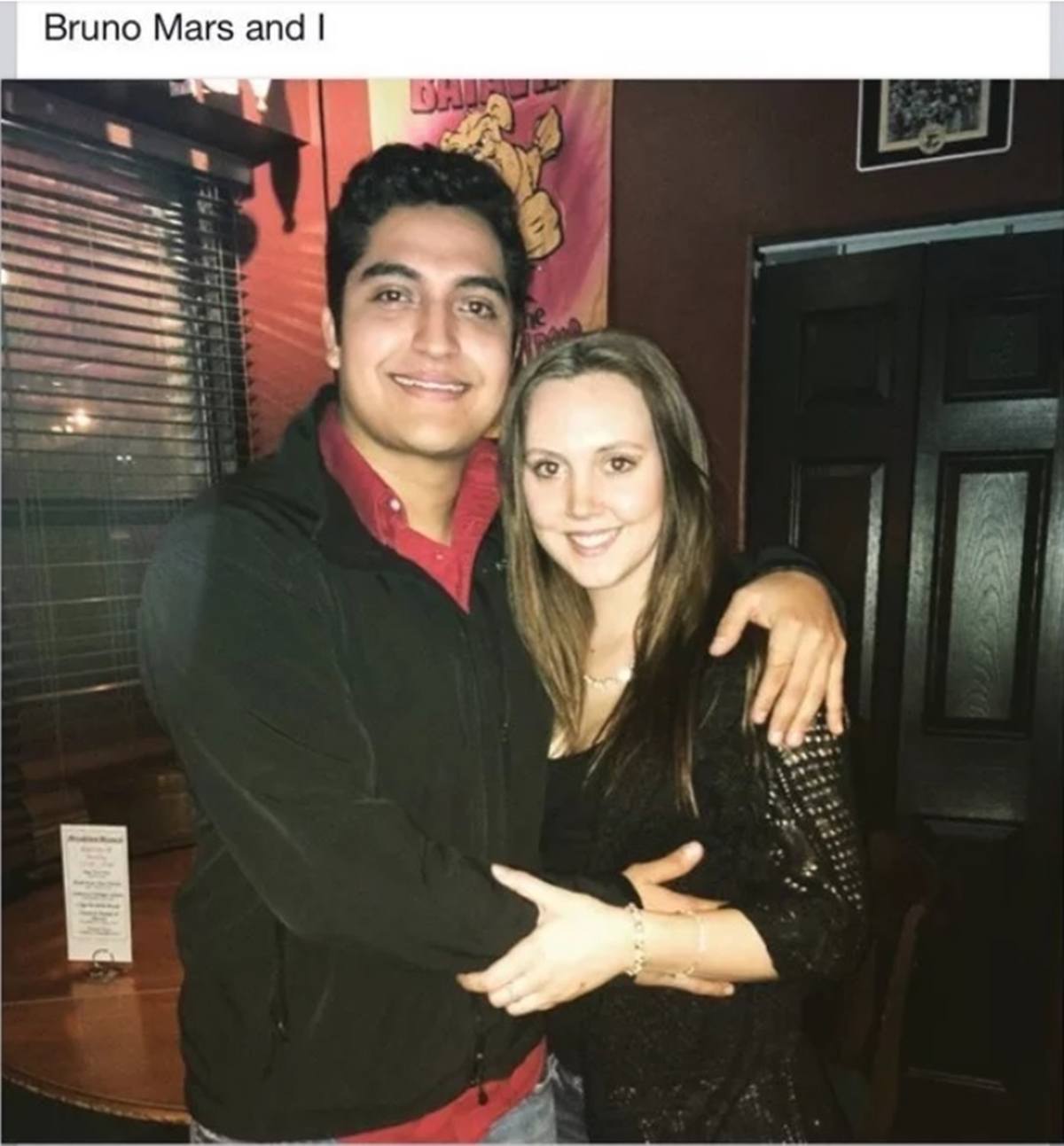 Our absolute favourite this, because apart from possibly his ethnicity, this chap looks looks nothing, and we mean absolutely nothing, like pop superstar Bruno Mars. We suspect that this guy was most definitely trying his luck, and this young lady definitely should have gone to spec-savers!

That’s all for now, and remember, just because someone tells you he’s Ed Sheeran, it doesn’t mean that he actually is! 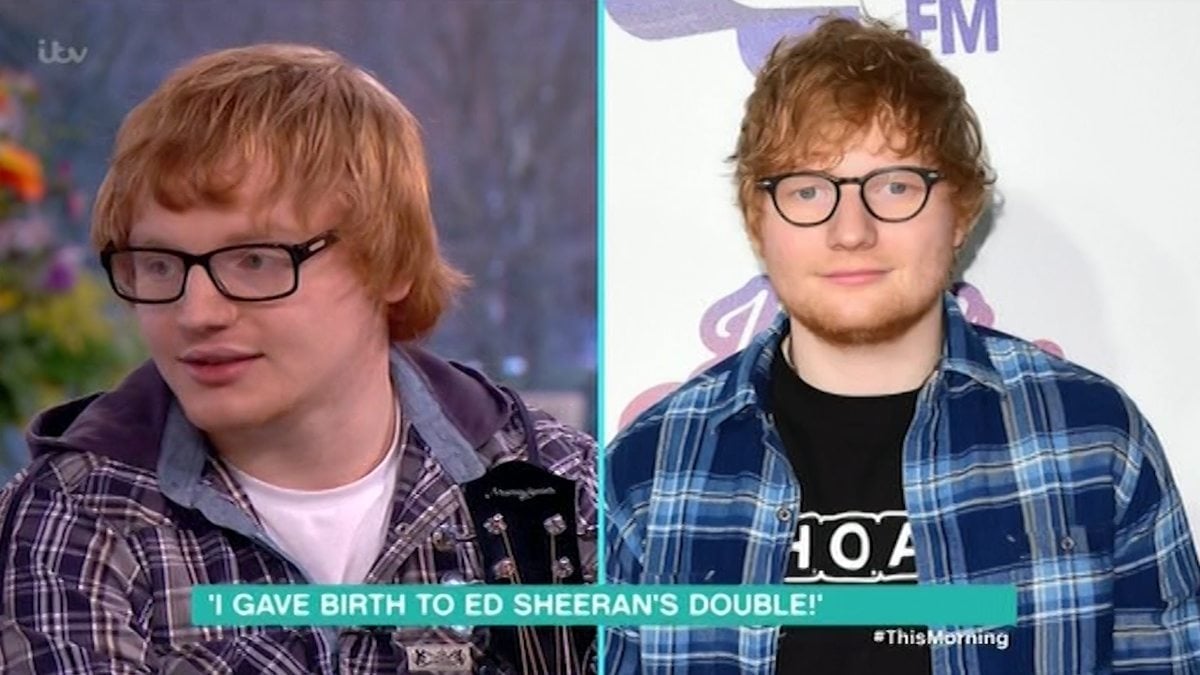 Be sure to share this post with your friends and family so they too can have a good laugh at these brilliantly funny fake celebrity sightings!