The 80s represented the golden age of supermodels. In this period, everyone from Cindy Crawford to Christy Turlington was making their name in the world of modelling, gracing the covers of Vogue and walking on all of the most exclusive runways. But what have some of the biggest names in modelling been up to since their 80s heydays? Scroll down to find out… 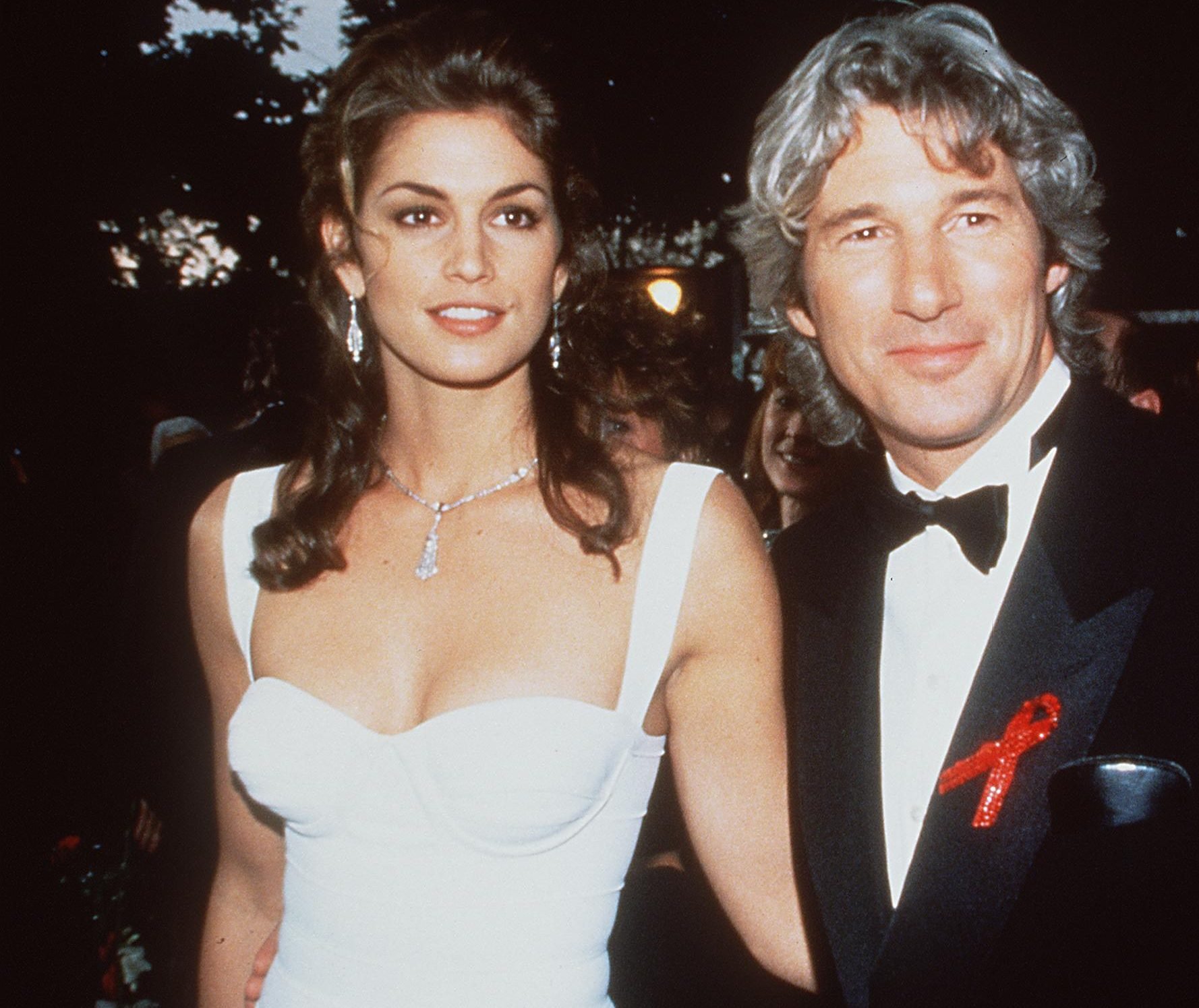 She was hugely successful in the 80s and 90s, appearing on the covers of hundreds of fashion magazines and regularly walking the runways during fashion week. She also appeared in an infamous Pepsi campaign during the 1992 Superbowl and hosted MTV’s House of Style.

Crawford divorced actor Richard Gere in the mid-90s and married model/businessman Rande Gerber in 1998. They’ve been together ever since and now have two children together – Presley and Kaia – who have both followed in their parents’ footsteps and entered the world of modelling. 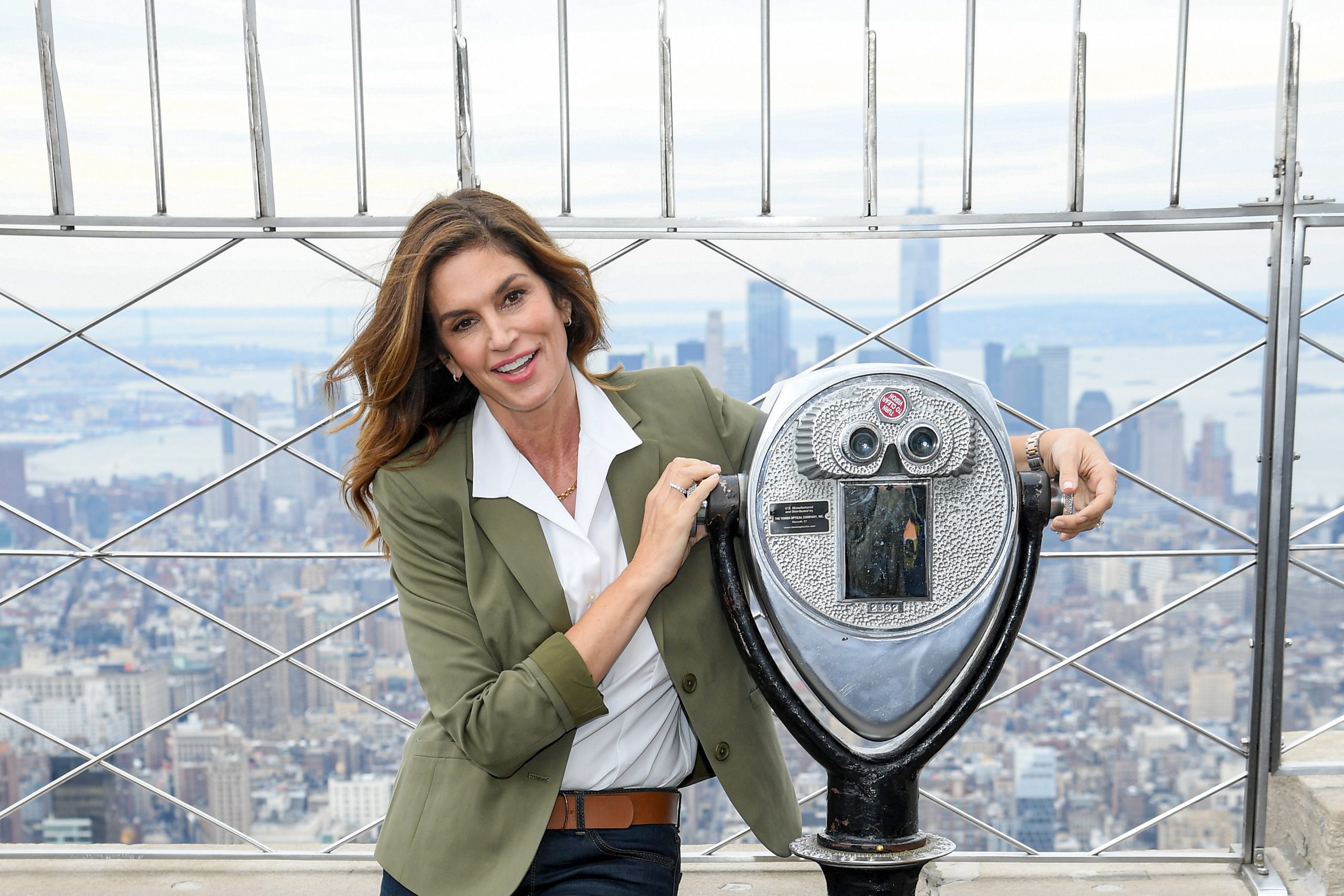 Cindy is now 55 years old and has barely aged a day since the peak of her modelling career in the 80s and 90s. Today she is the proud owner of several successful businesses, including a collection of anti-ageing skincare products called Meaningful Beauty. 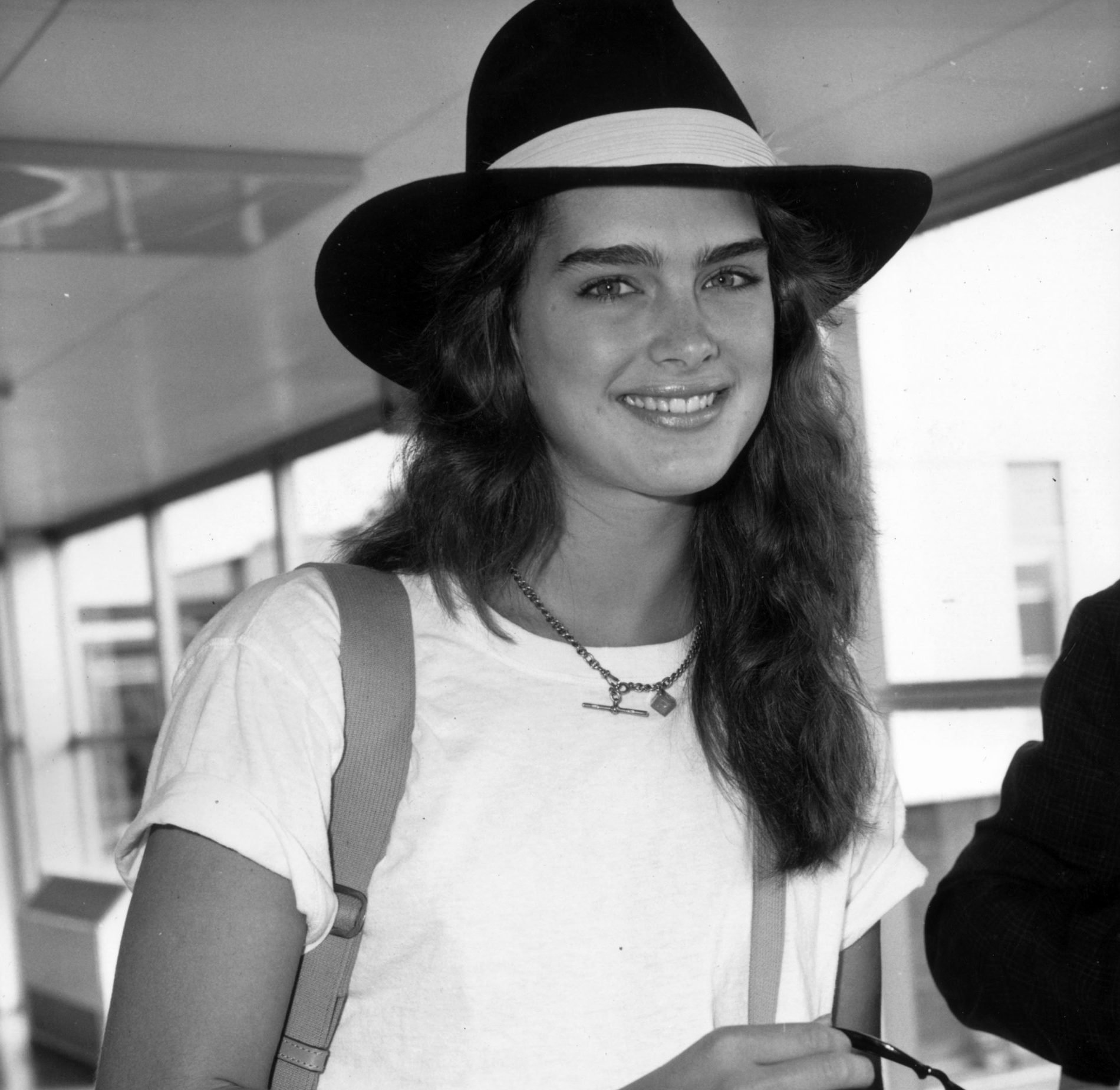 In 1980, Brooke Shields became the youngest model ever to appear on the cover of Vogue at the age of 14.

Shields’ early career was marred by controversy after she starred in a number of films which contained sexually explicit/nude scenes, despite the fact that Brooke was only a young teenager at the time.

She continued to act and model throughout the 1980s and eventually reached worldwide stardom in 1996 with her very own sitcom, Suddenly Susan. However, in recent years Shields has focused more on her family, which is made up of husband Chris Henchy and their two daughters. 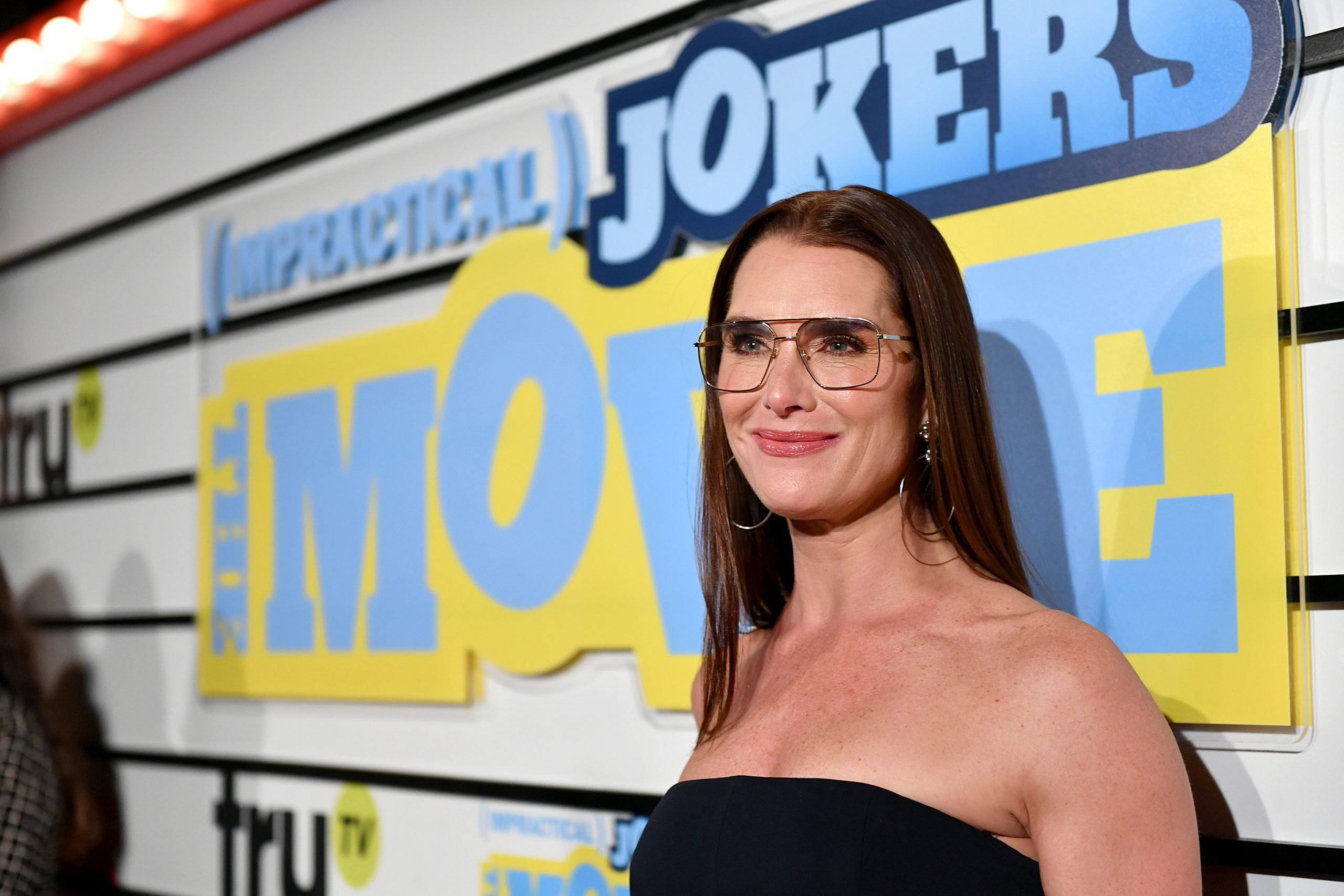 Shields has been an advocate for women’s health and was once criticised by Tom Cruise for discussing her experiences with post-partum depression in an interview. Shields is now 56 years old and resides in New York City. 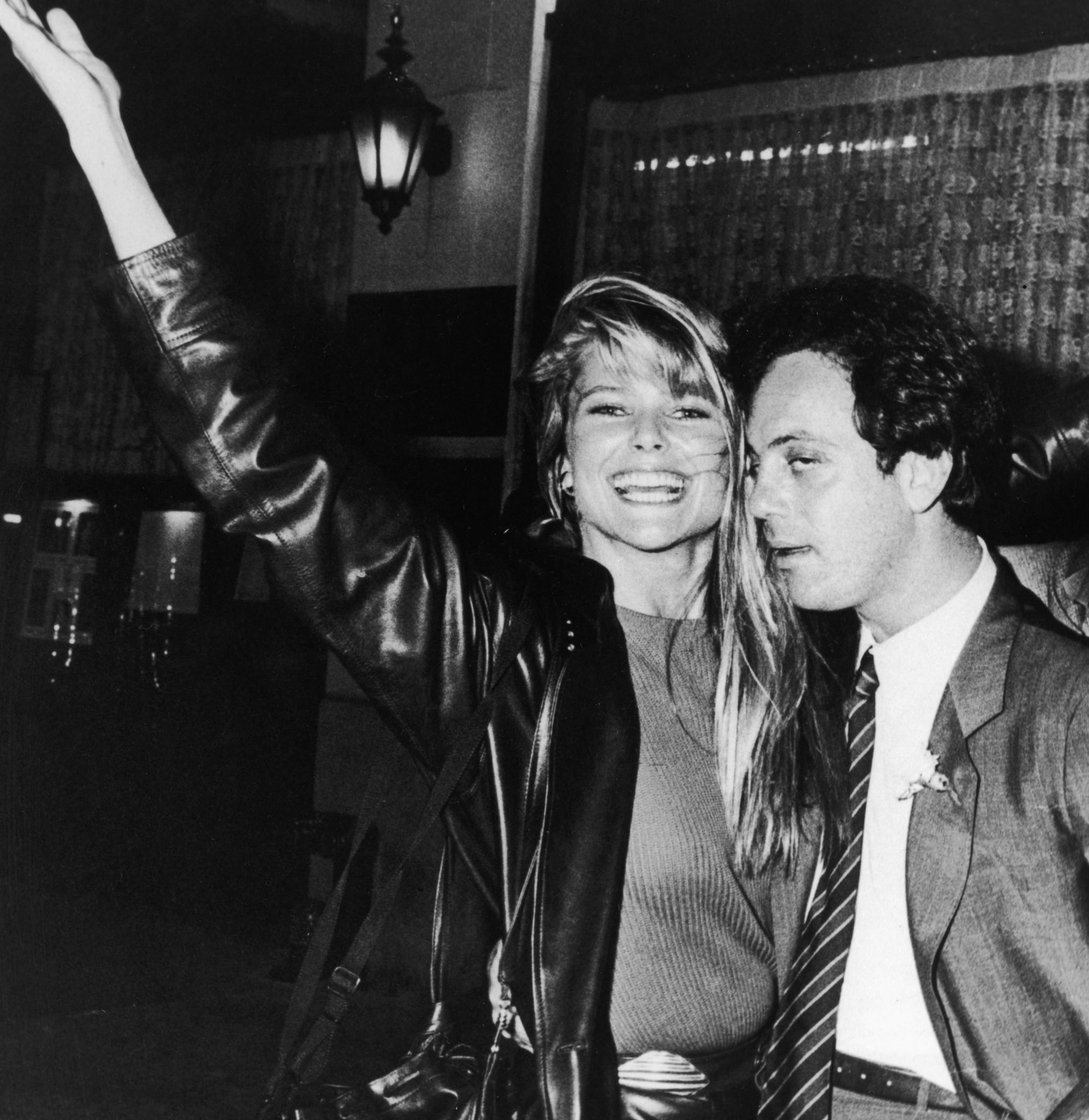 Christie Brinkley’s good looks and winning smile won her a legion of admiring fans in the 1980s.

She gained even more prominence as the wife of Billy Joel (Brinkley famously appeared in his video for Uptown Girl). She appeared on three Sports Illustrated swimsuit edition covers between 1979 and 1981, which led to major contracts with Chanel, Vogue and Max Factor.

Brinkley has since pursued a whole host of different projects and is now a successful businesswoman, designer and actress, though her real passion in life is philanthropy. The model has received countless awards for her humanitarian work and is a champion of a wide range of causes from heart disease and stroke charity to vegetarianism. 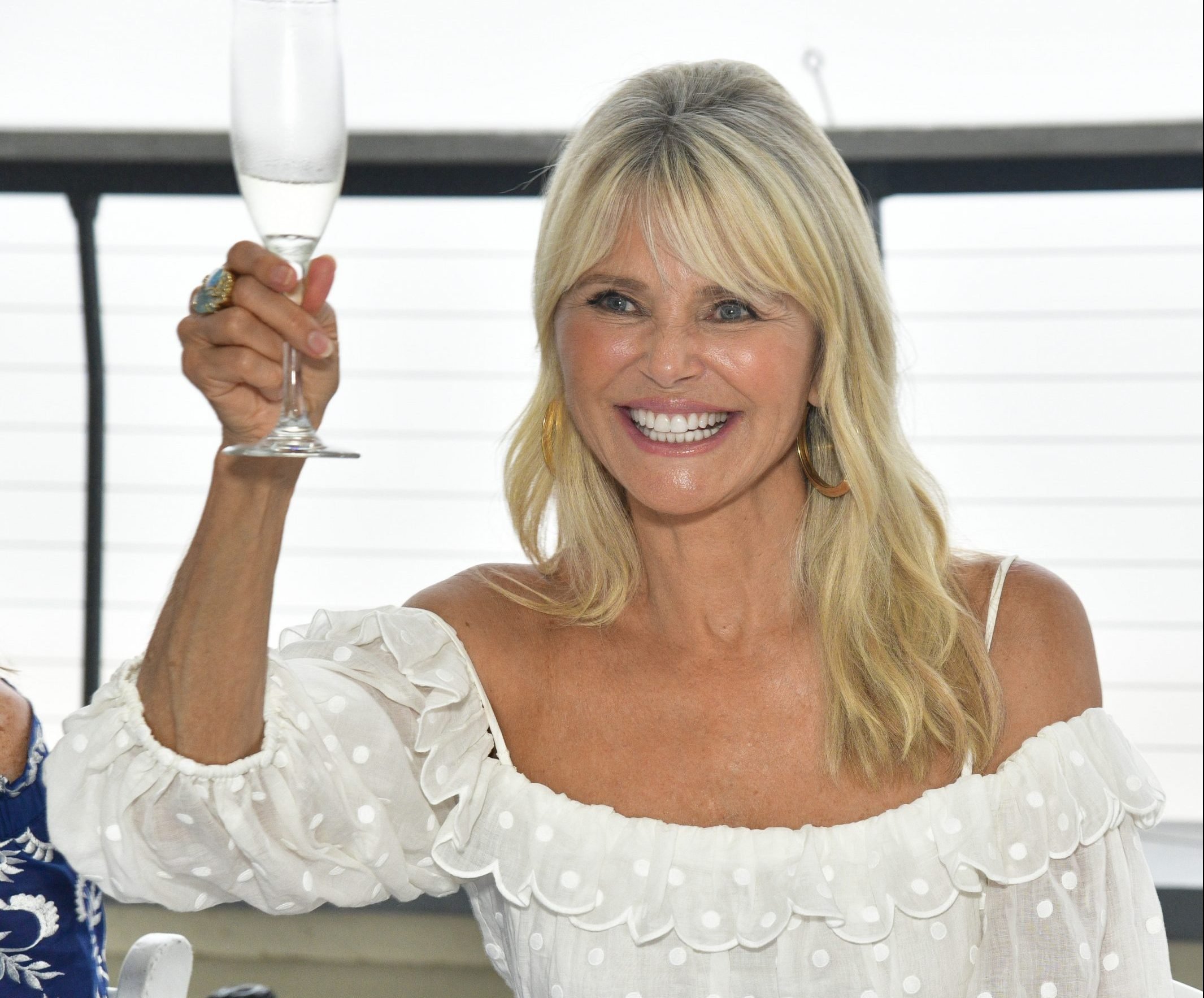 Brinkley, who’s been married four times and has three children, is now 67 and still looking great. She currently lives on Long Island. 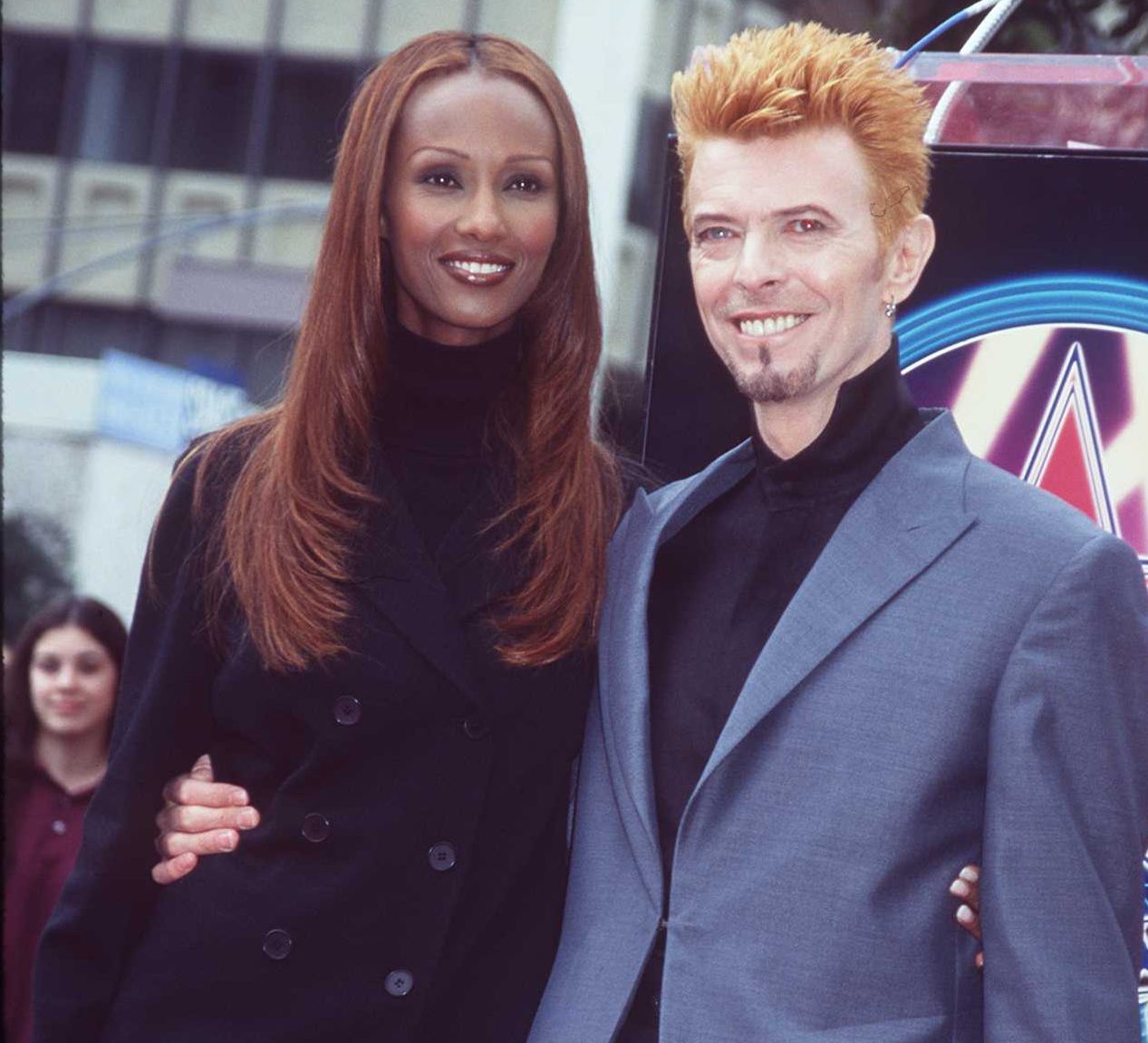 Somali-American supermodel Iman stormed onto the modelling scene after being discovered by photographer Peter Beard in the late 70s.

Iman’s distinctive slender figure and tall stature ensured she quickly became one of the biggest models of the 80s. Several top designers from Gianni Versace to Yves Saint-Laurent made her their muse and ensured she graced the covers of hundreds of top magazines.

Iman made a successful transition from model to entrepreneur in 1994 when she launched Iman Cosmetics, which focuses on hard-to-find shades of make-up for women. It’s still one of the most popular cosmetics lines in the US and continues to turn a profit each year. 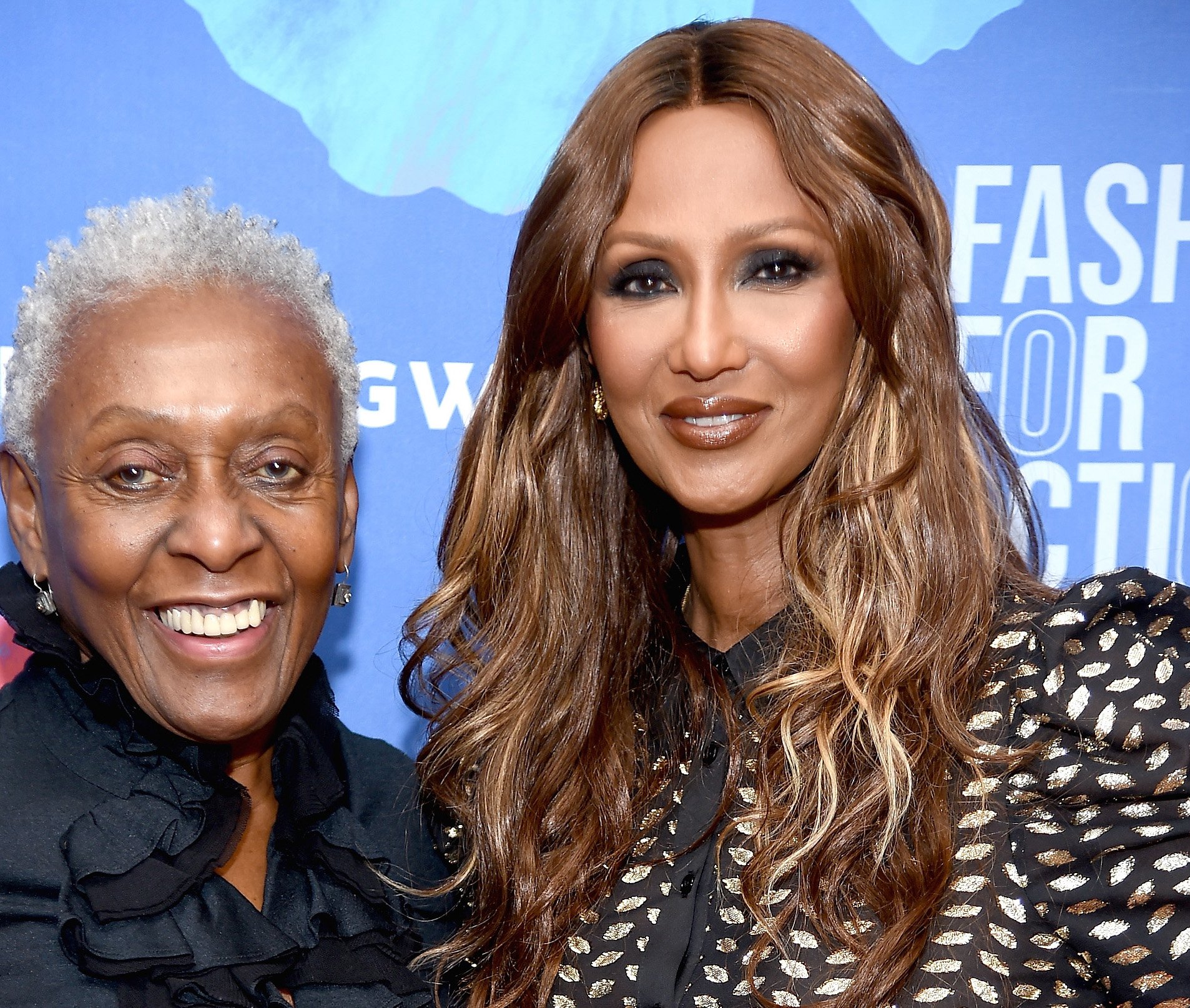 Iman is now 66 years old and was famously married to musician David Bowie from 1992 until his death in 2016. She is currently an ambassador for several charities including Save the Children and the Keep A Child Alive programme. 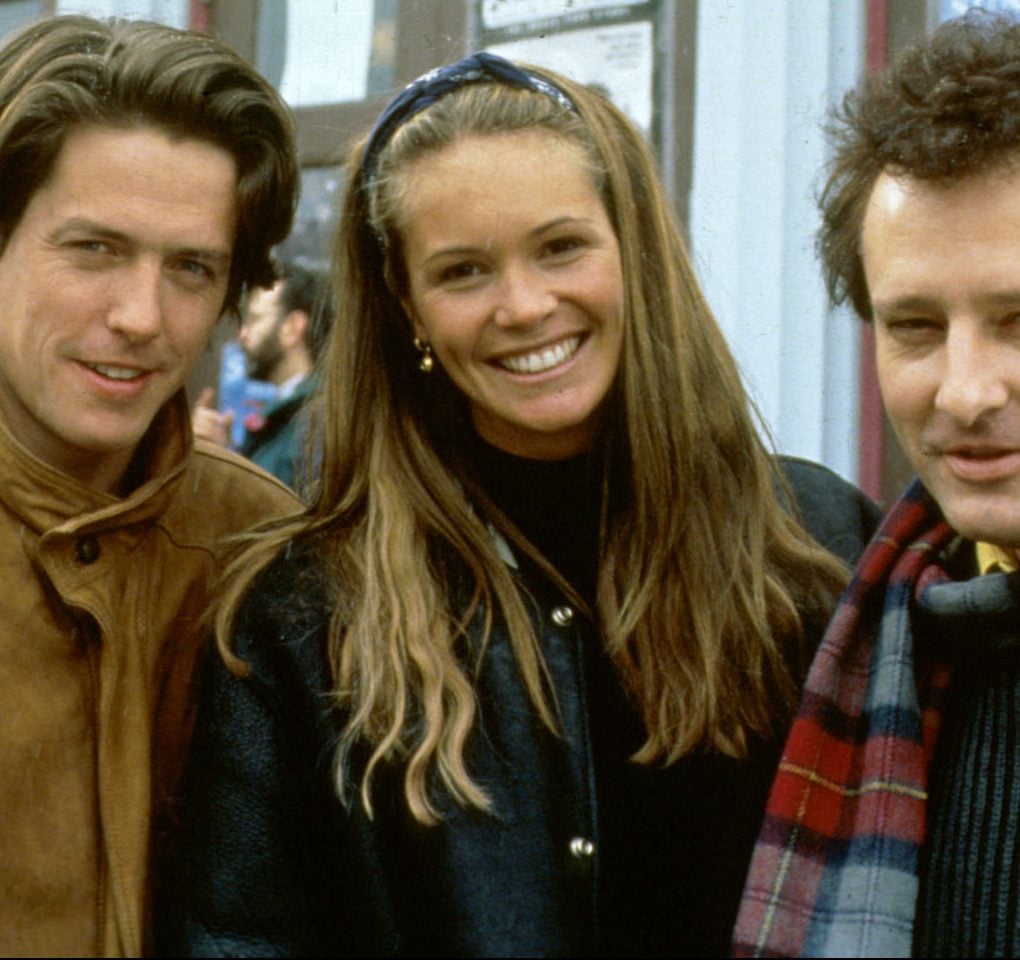 Elle Macpherson was known the world over for her eye-catching swimsuit shoots – she actually appeared on the cover of Sports Illustrated’s infamous Swimsuit Issue a record five times.

Known within fashion circles as ‘The Body’, Macpherson successfully transitioned into high fashion and could often be seen walking the runway for the likes of John Galliano in the 80s.

Like Crawford, the Aussie model tried her hand at being an entrepreneur after retiring from modelling and launched a high-end lingerie line named Macpherson Intimates. The collection has proven to be a huge success and is now stocked at big-name US department stores Bloomingdale’s, Saks Fifth Avenue and Neiman Marcus. 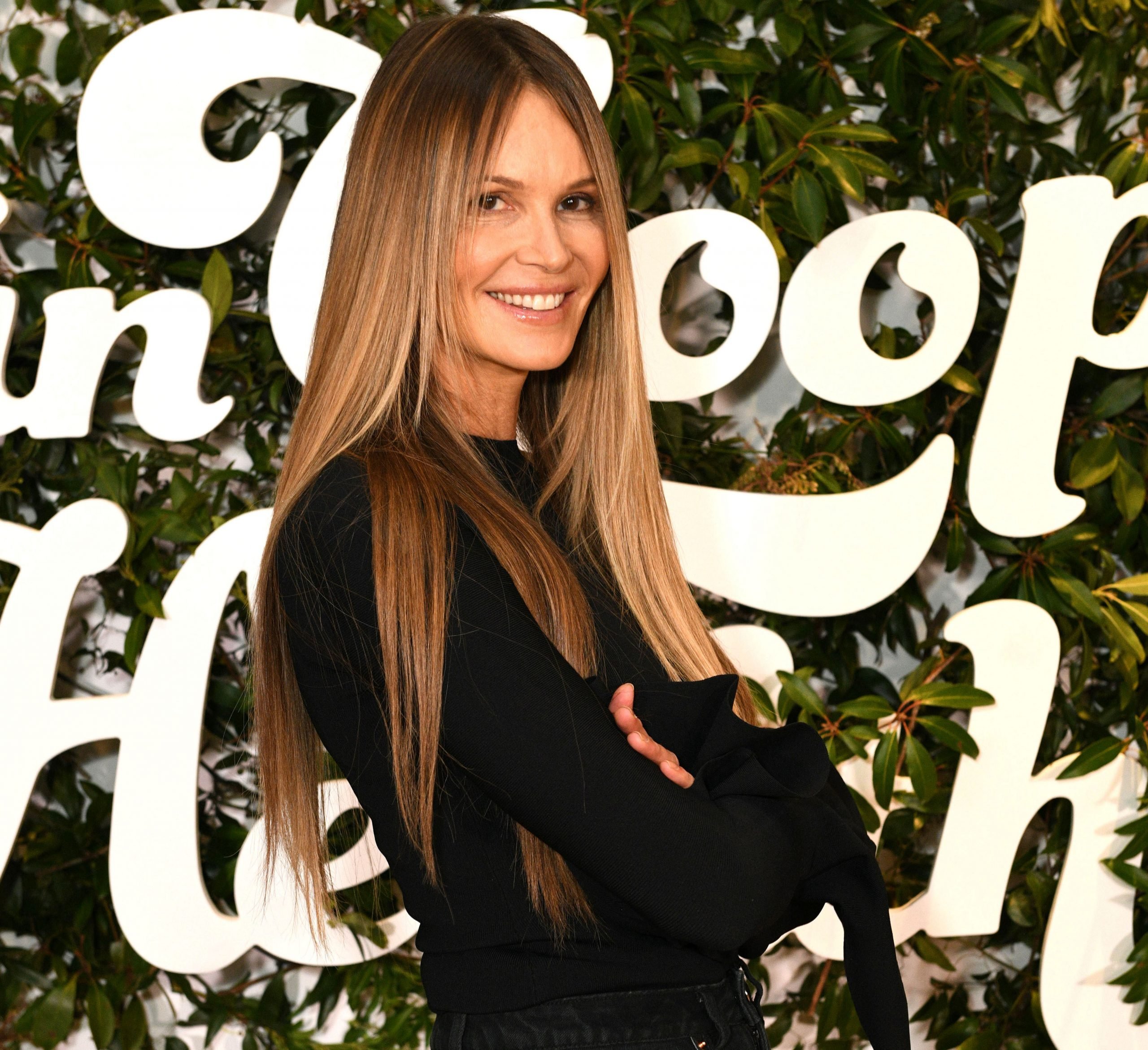 As well as pursuing other projects, it seems as though Macpherson couldn’t keep away from her modelling roots and in 2010 she made a highly-publicised return to the runway during Louis Vuitton’s Fall show. Her latest venture is a company called WellCo which produces organic ‘wellness supplements’ for people with a lot of pocket money to spare. 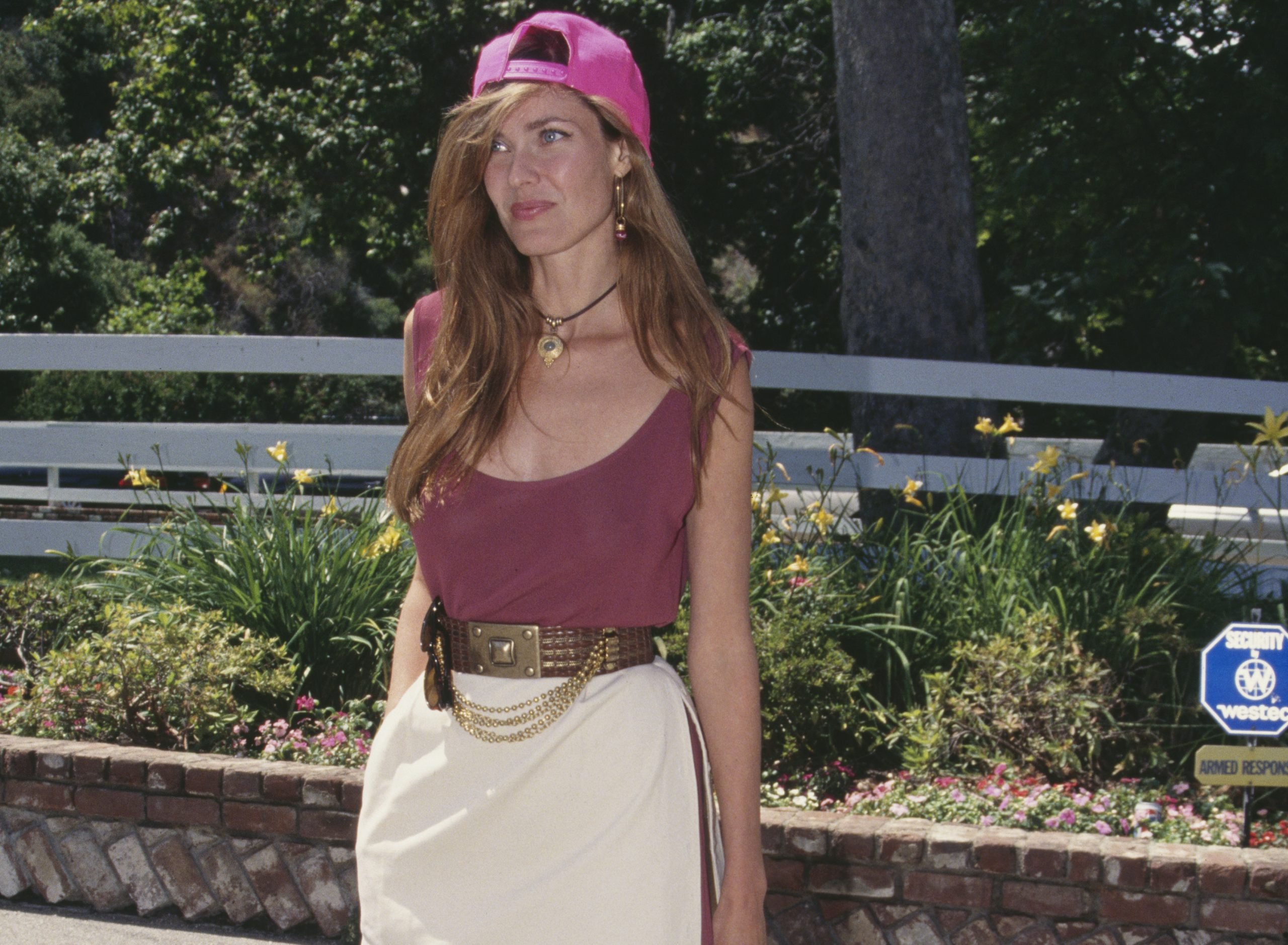 Carol Alt was the queen of the 80s modelling world and featured in hundreds of high-profile shoots during her career.

Like many of her fellow supermodels, Alt found fame on the cover of the Sports Illustrated Swimsuit Issue before launching her career in high fashion.

She was known as ‘The Face’ in the modelling world due to her distinctive looks and ad campaigns for Pepsi and General Motors. Alt also tried her hand at acting and appeared in a number of Italian films during the 1980s. 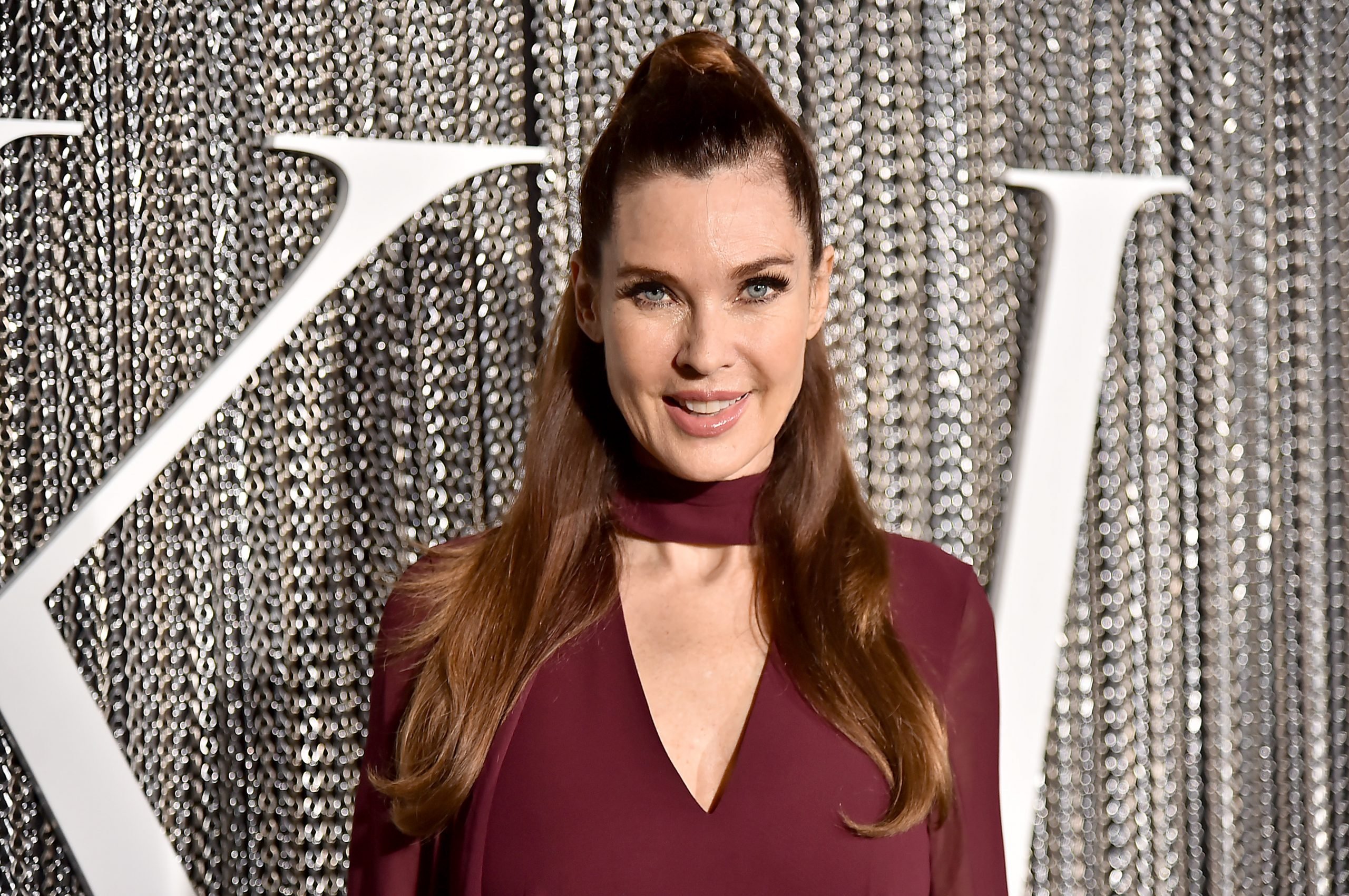 At the age of 60, it looks as though Alt still has the acting bug, having most recently appeared in the TV series Paper Empire alongside Wesley Snipes. She’s also become an entrepreneur thanks to her skincare collection Raw Essentials and has also explored the world of presenting with a show on Fox News entitled A Healthy You & Carol Alt. 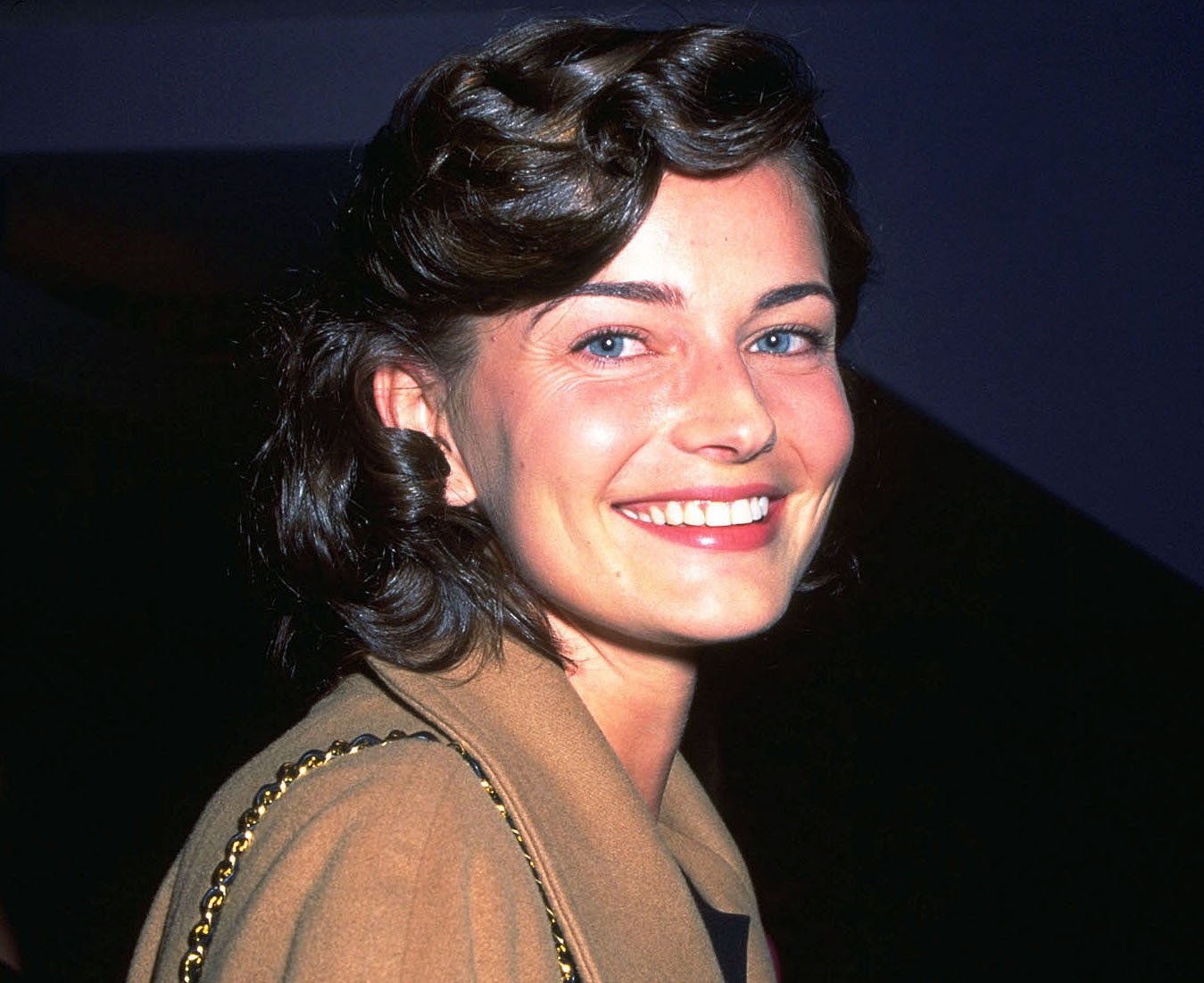 Porizkova was the Czech model who became the first ever woman from Central Europe to feature on the cover of the Sports Illustrated Swimsuit Edition.

After storming onto the modelling scene in 1984, Porizkova quickly conquered the world of high fashion and only four years later, she received the (then) highest-paying modelling contract of all time: a $600,000 campaign with Estée Lauder.

Her appeal continued throughout the 1990s, and in 1999 she appeared on Vogue’s Millennium Issue as one of the magazine’s ‘Modern Muses’. Since then, Porizkova has delved into the world of acting, appearing on Desperate Housewives and The Mysteries of Laura. 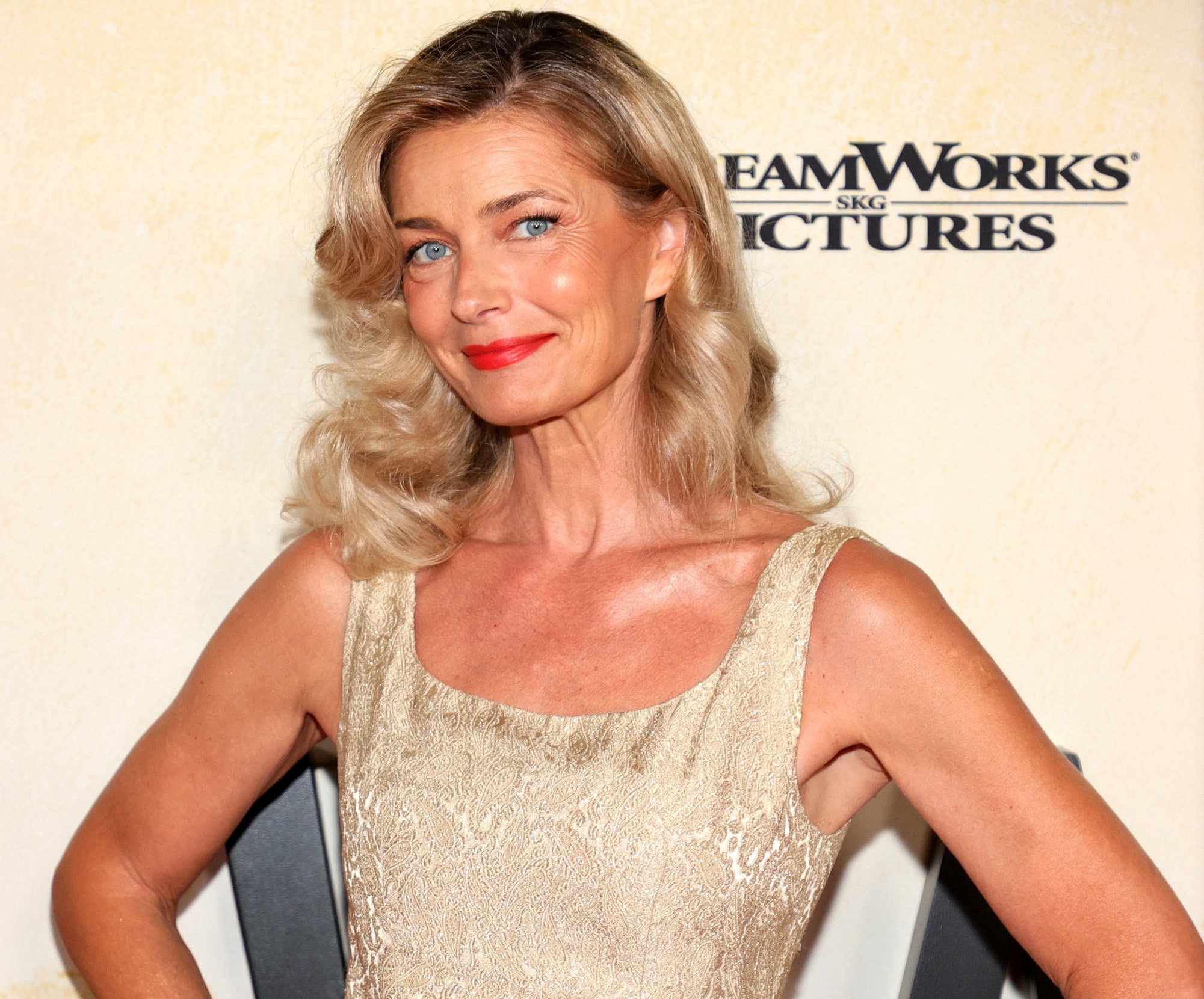 Porizkova also decided to go down the reality TV route with a three-season stint on America’s Next Top Model as a judge. Porizkova is now 56 years old and recently announced her separation from musician Ric Ocasek, whom she married in 1989. 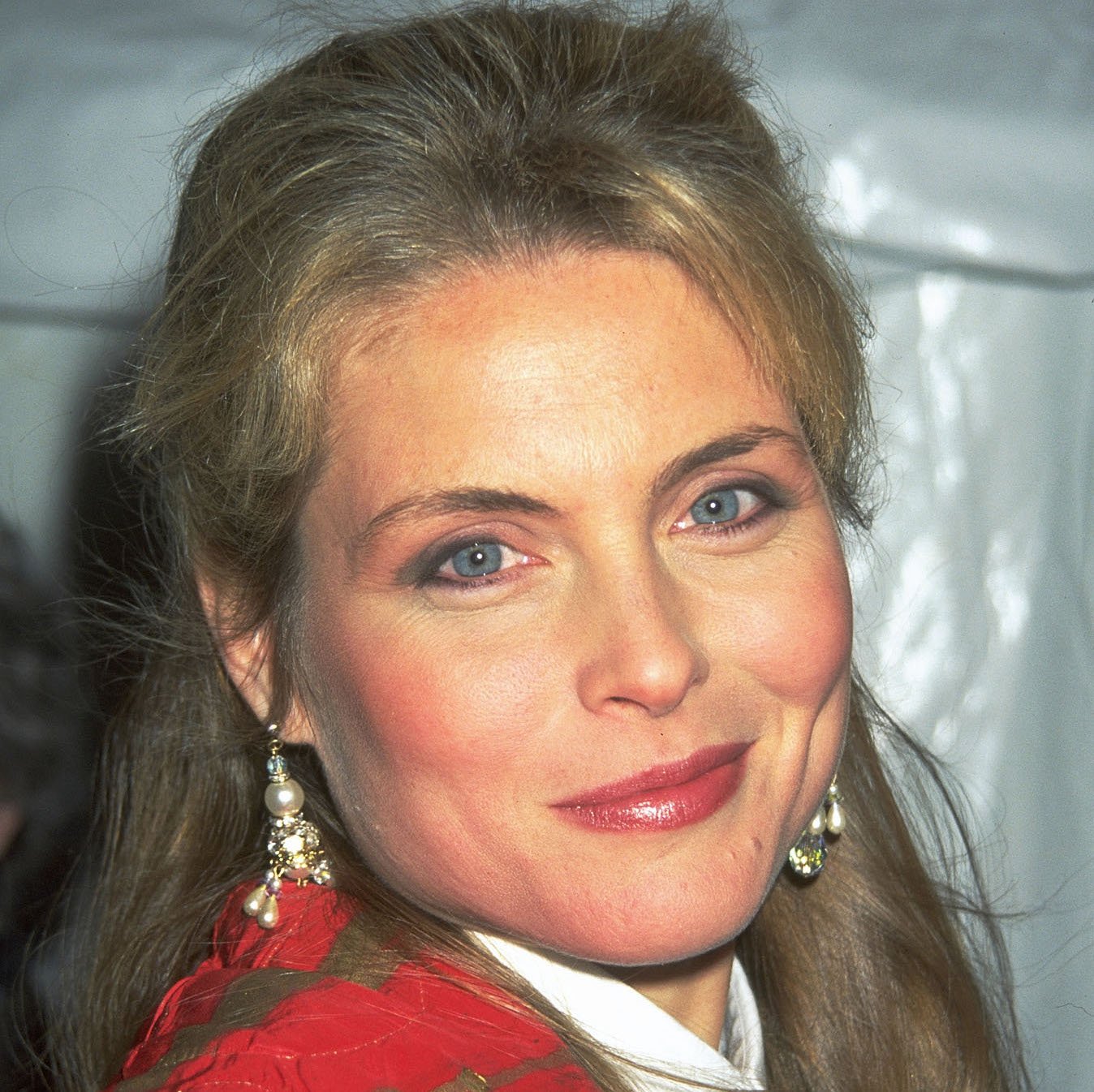 Kim Alexis was one of the most popular models of the 80s and appeared on over 500 magazine covers during her career.

Alexis was about to start a pharmacology degree when Elite Model Management signed her in 1978 and launched a hugely successful career.

After becoming a mother to her three sons, Alexis admits that she failed to adapt herself and didn’t look after her business interests enough. Instead she raised her family in Tampa, Florida alongside her ex-husband Ron Duguay. 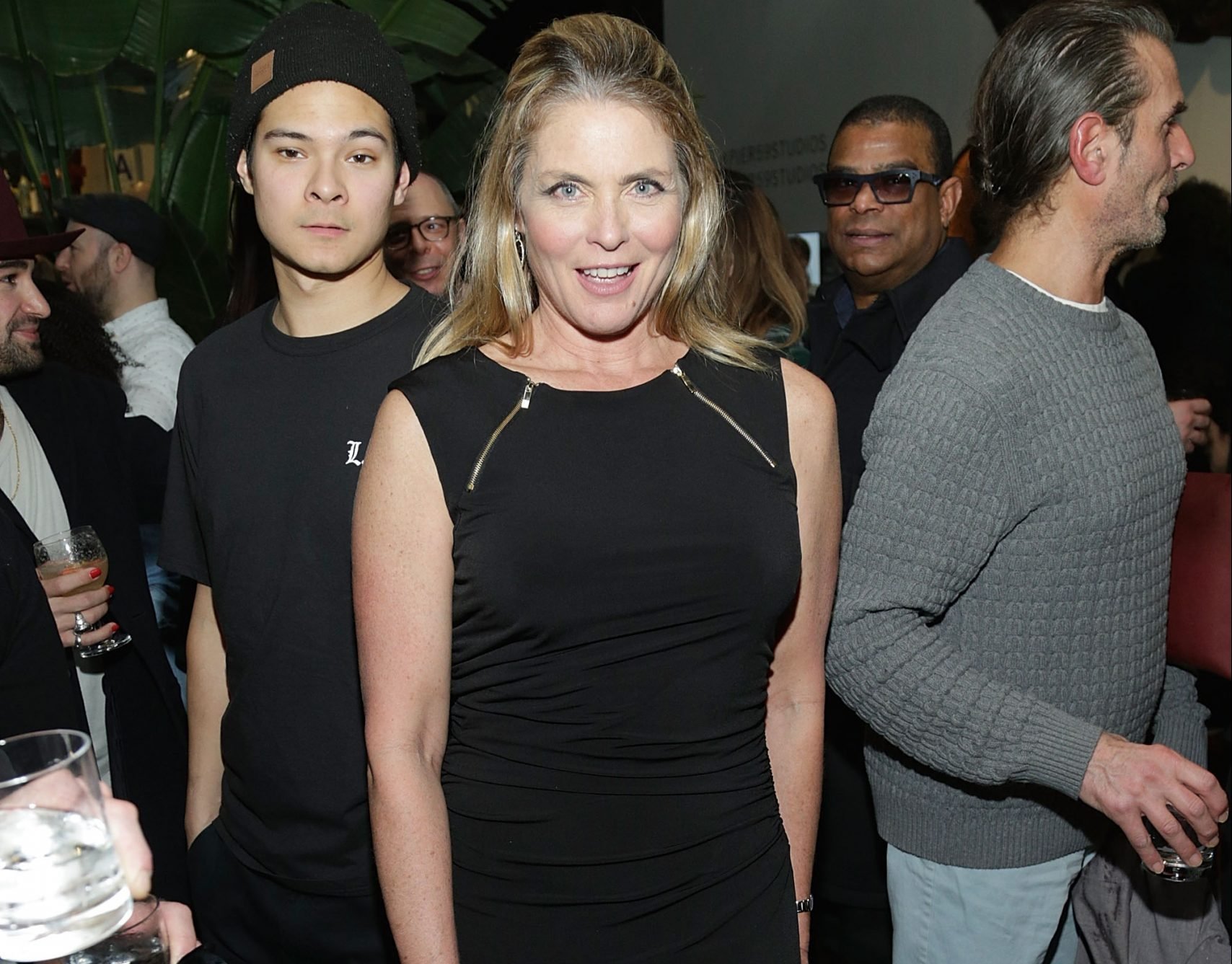 Now 61, Alexis is now doing modelling work for L’Oreal and is currently shopping around a pilot for a new programme she has developed. 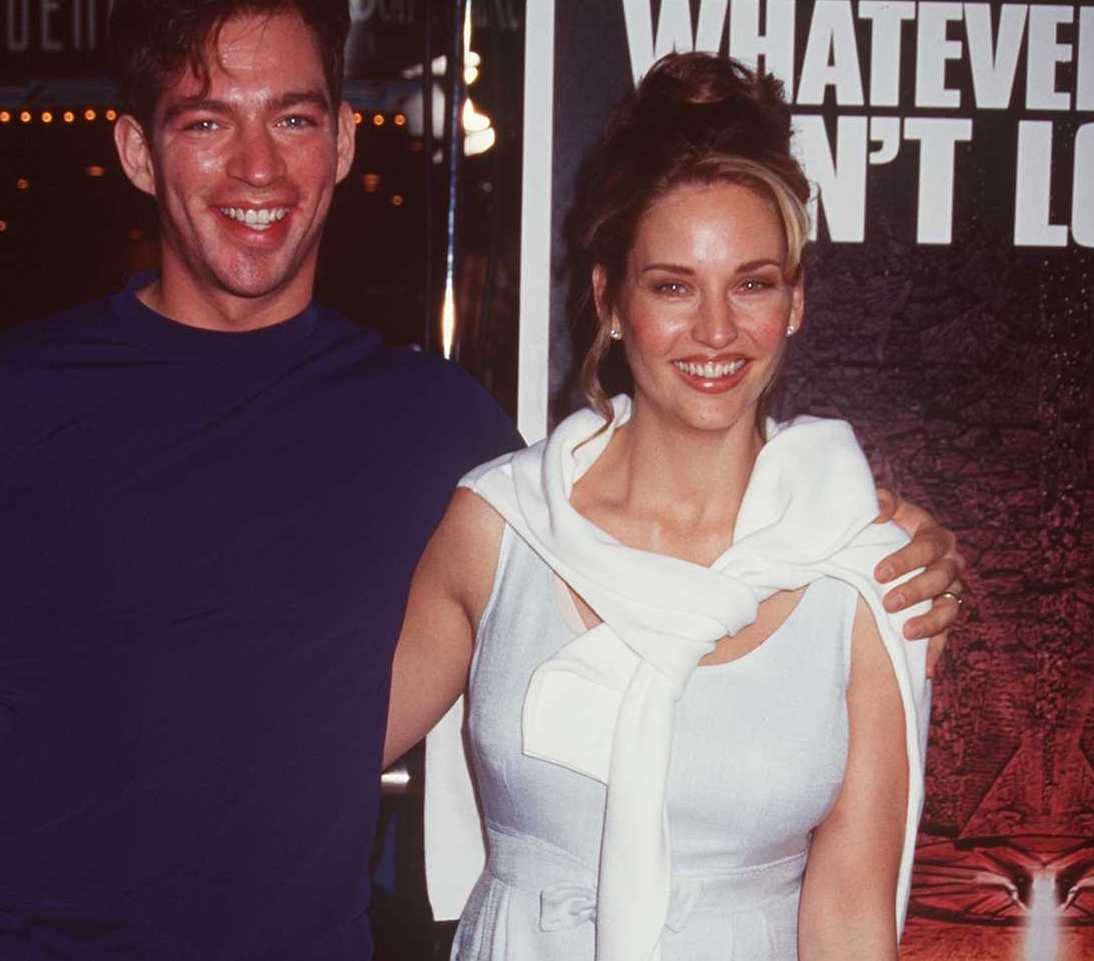 Goodacre’s eye-catching curves meant that she quickly garnered legions of fans and became one of the most famous faces of the age.

Goodacre married Harry Connick Jr in 1994 and decided to retire from modelling for good in order to raise their family. The couple have three daughters and are still just as in love as they ever were. Connick once stated: “She is my best friend and I love her. She is the only wife I will ever have. We have been lucky.” Aw! 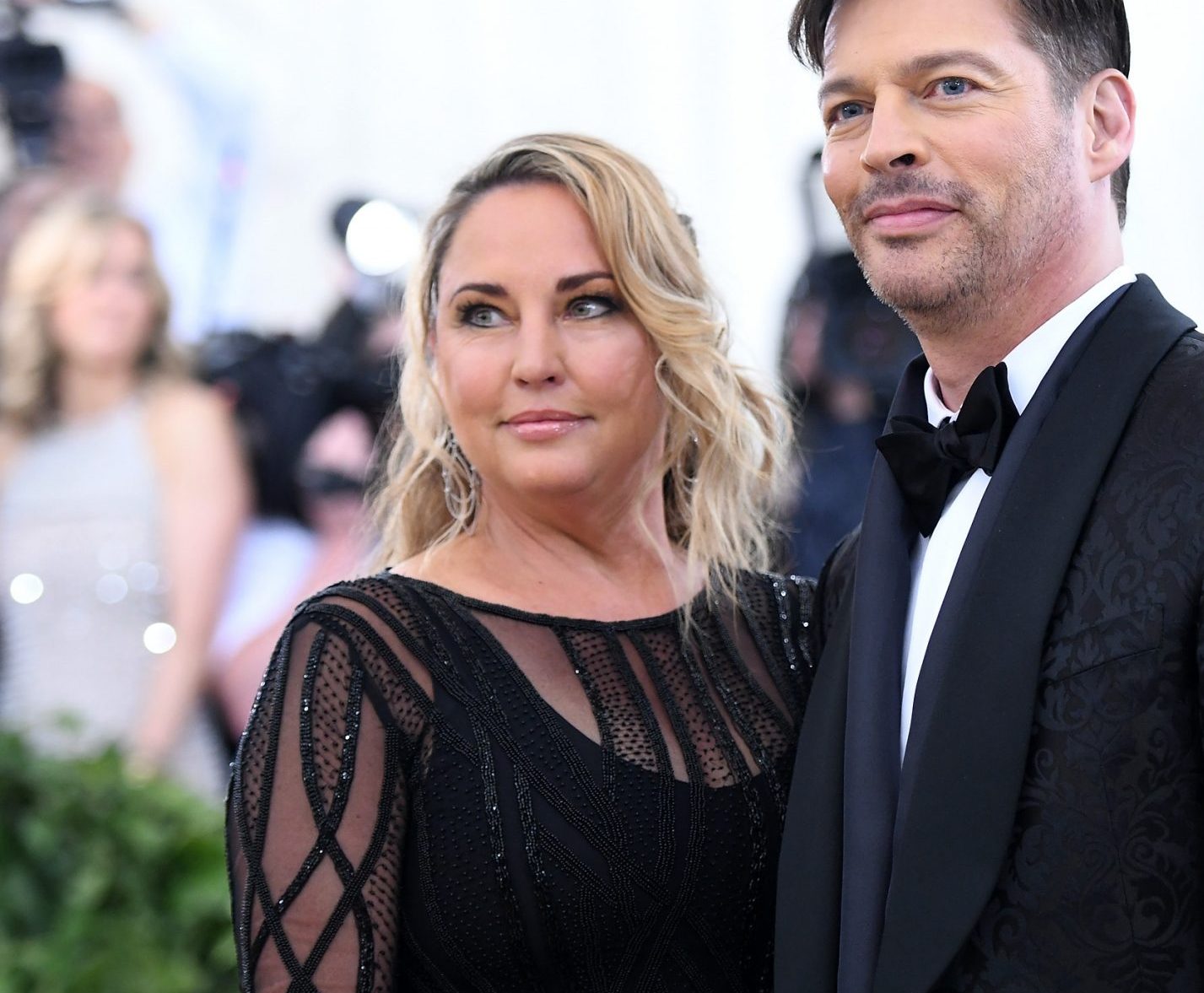 Unfortunately, Goodacre, now 57, was diagnosed with breast cancer and had to endure a five-year battle with the disease. However, she recently stepped out at the 2018 Met Gala with her husband looking healthier than ever. 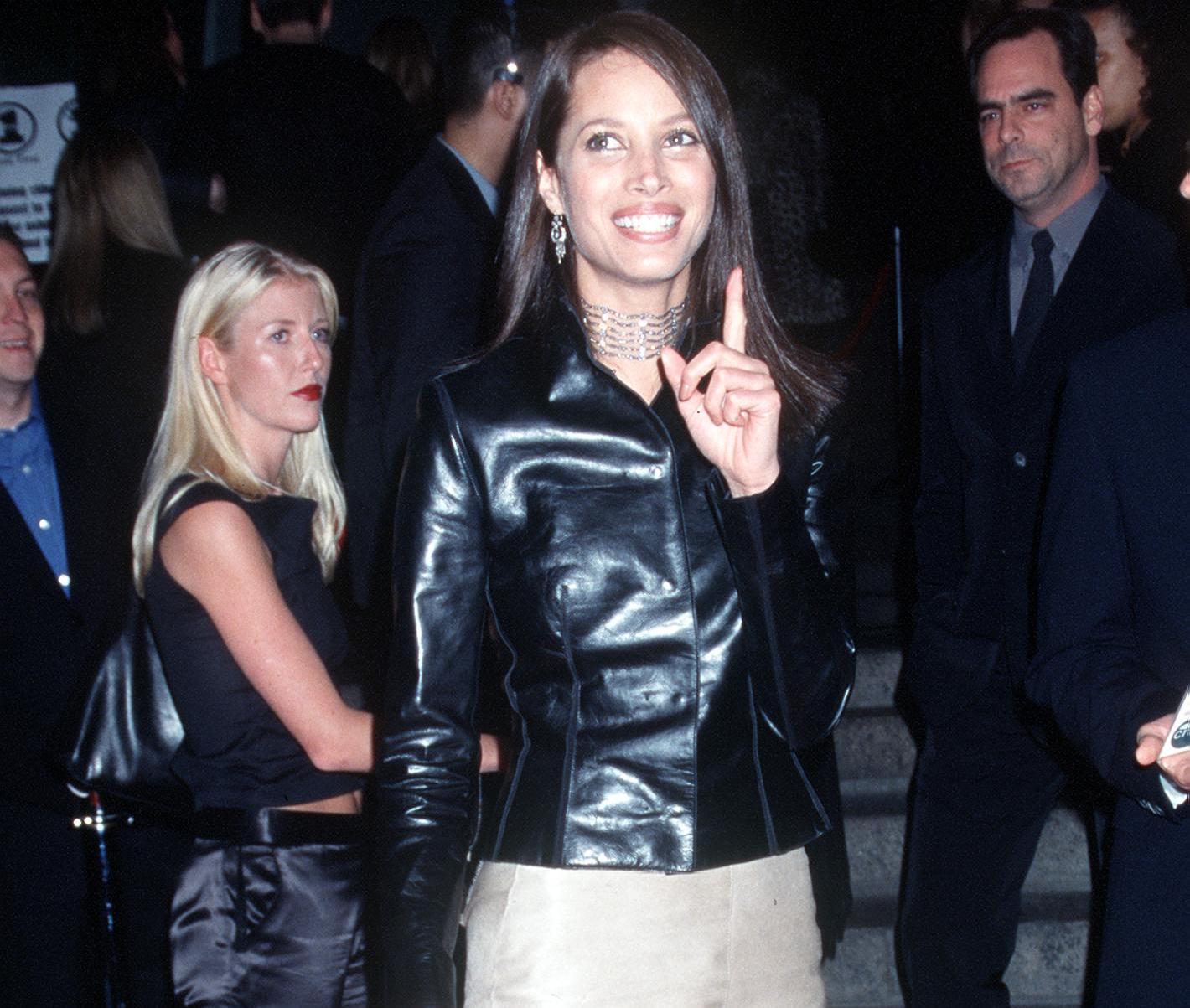 One of the most iconic faces of the 1980s, Christy Turlington was one of the original ‘supers’, who launched her career with a slew of different campaigns for the likes of Missoni, Chanel and Calvin Klein.

She was (and still is) great friends with fellow American Cindy Crawford and appeared in George Michael’s music video for Freedom! ’90.

Turlington has been married to actor Ed Burns since 2003 and the couple have two children together. She is now 52 years old and despite occasionally starring in fashion campaigns alongside her fellow supermodels, nowadays Turlington is better known for her humanitarian work. 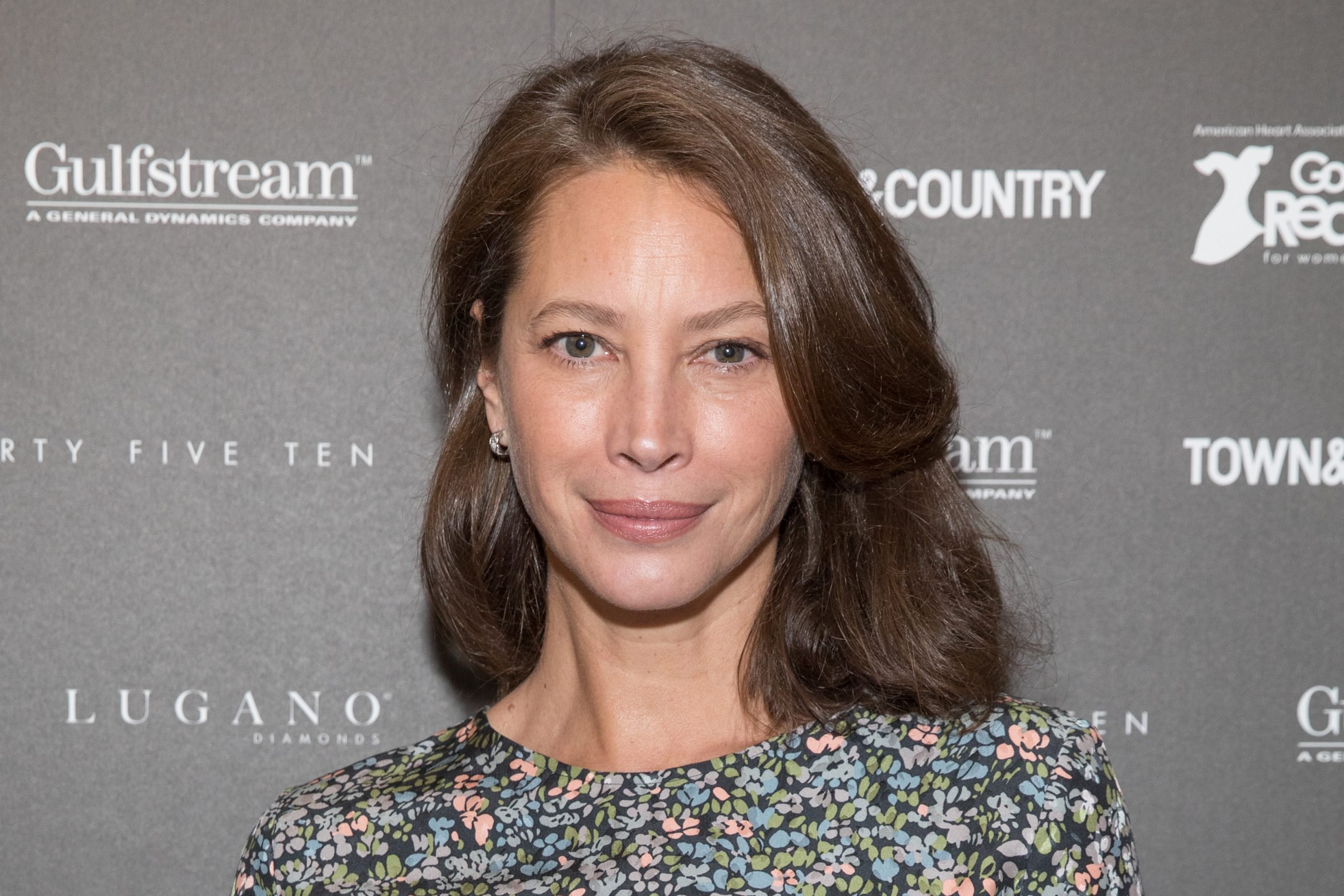 She recently released a documentary entitled No Woman No Cry which followed the struggles of at-risk pregnant women in the developing world. Turlington also paid a visit to Washington to try and advocate for the Global MOMS act to help mothers who suffer complications from pregnancy.