There’s a cold snap in the air and frost on the grass, so it’s time to snuggle up on the sofa and indulge in some festive films.

Luckily, Netflix is full of all sorts of Christmas delights, ranging from timeless classics to so-bad-it’s-good heart warmers.

We’ve searched their extensive catalogue to bring you the ten best Christmas films you need to squeeze into your holiday schedule. Just don’t burn the turkey! 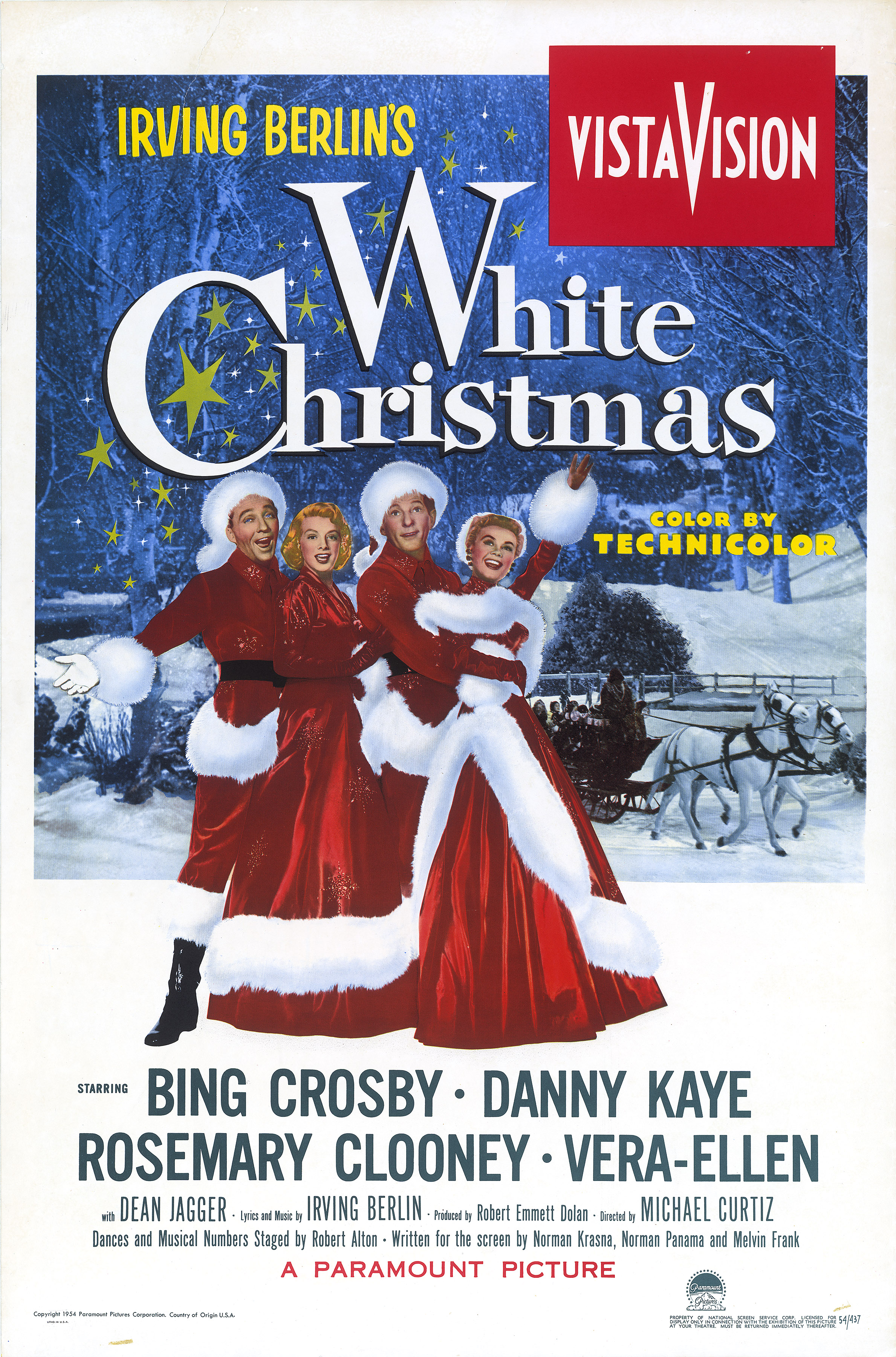 It’s no surprise that White Christmas makes the list. Of all the festive fun that Netflix has on offer, this is probably the most time-honoured and famous – and, even better, it’s a musical.

Velvet-voiced megastars Bing Crosby and Danny Kaye star as World War II US soldiers who are trying to make it big in the world of Broadway, overcoming not only romantic troubles but also the ongoing war. 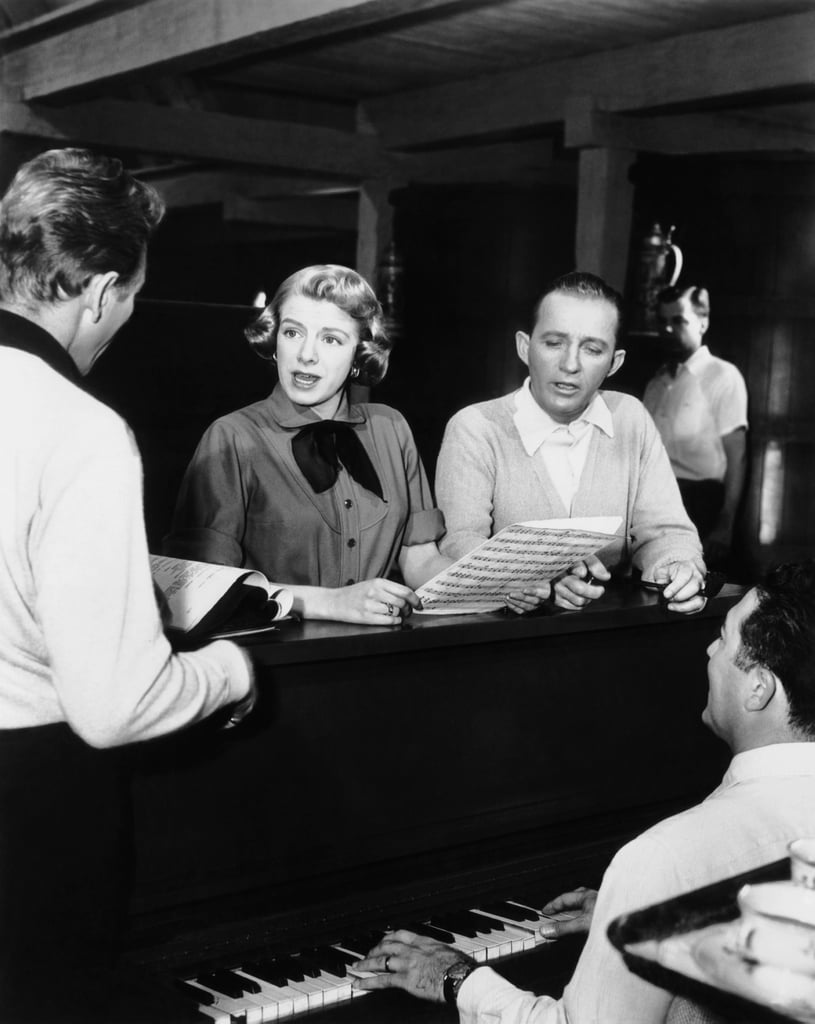 What you might not know is that the film was a technical marvel, employing as it did Paramount’s new ‘VistaVision’ process that gives the film its warming, rosy hue. 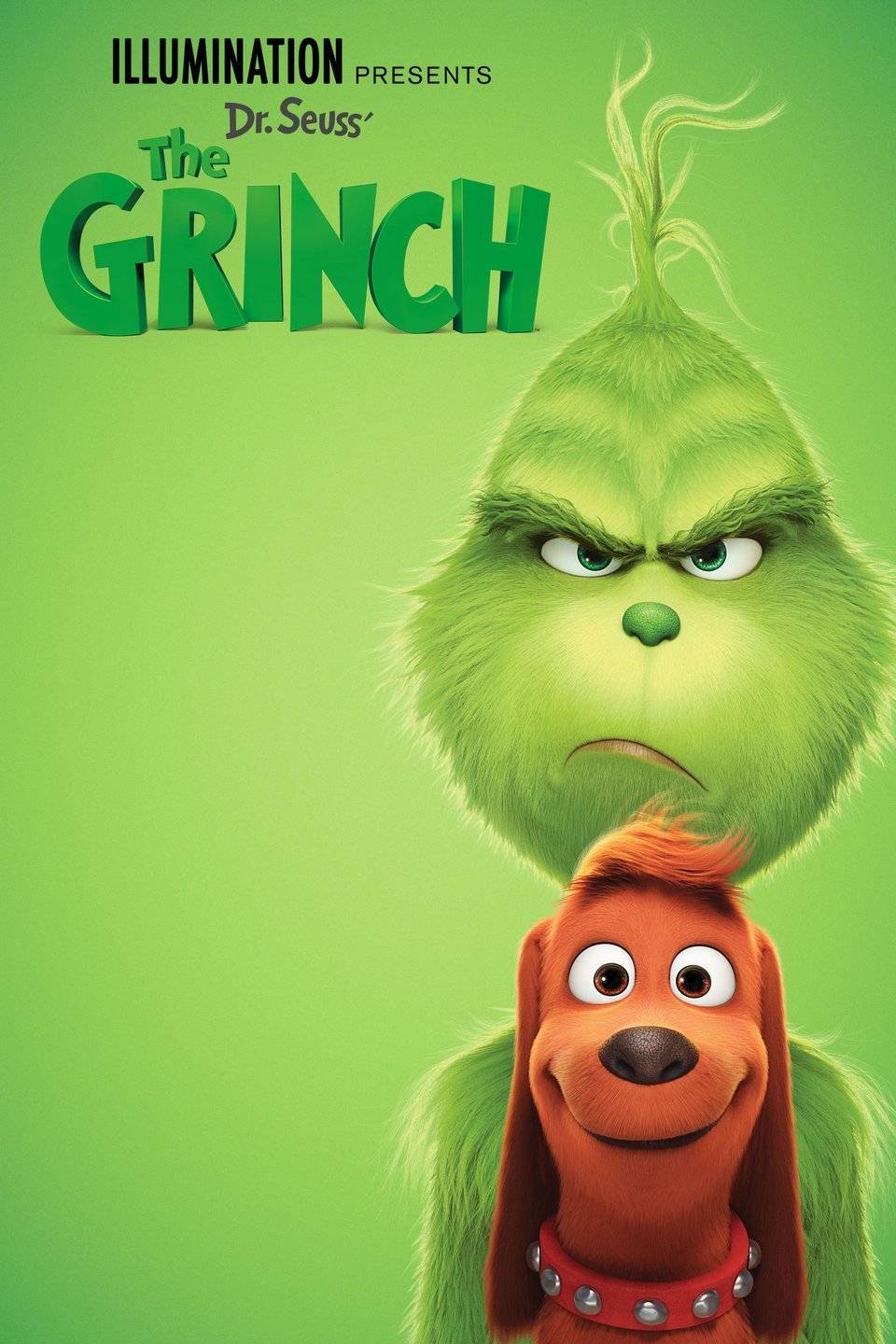 From the oldest Christmas film on Netflix to one of the newest: The Grinch (2018) captures the nostalgia of the Jim Carrey original while adding bright animation and Benedict Cumberbatch’s silky voice. Turns out he’s not just a one trick Smaug.

The plot is almost identical to the original, but the animated look – rendered by Illumination, creators of the Despicable Me series – means this is one that will really capture the hearts of the young ones in the family. 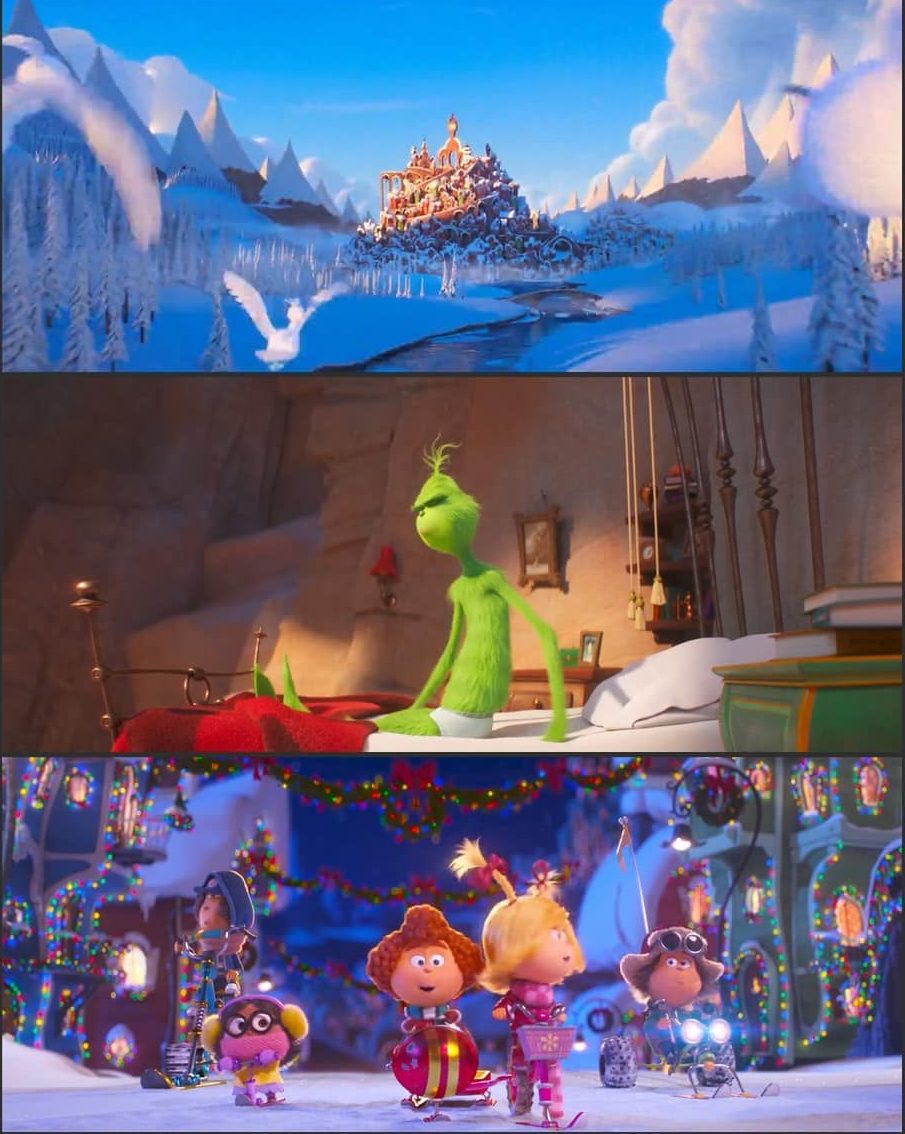 Critics particularly praised Max, the Grinch’s lovable canine companion, and what’s not to like about dogs frolicking in the snow? On that note…

A Dogwalker’s Christmas Tale is a classic romance story, with added puppies and lashings of Christmas spirit. It might not be for everyone, but its heart is certainly in the right place, and who can say no to a dog in a Santa hat?

Luce Lockhart (Giovagnoli) is a Christmas fanatic with a credit problem, and when she can’t afford a ruby necklace she desperately wants, she reluctantly takes a dog-walking job for a rich family. She falls not only for Hank, the big lump of a dog that she’s walking, but also for Dean Silver (Bennett), a fellow dog walker and budget store Zac Efron. 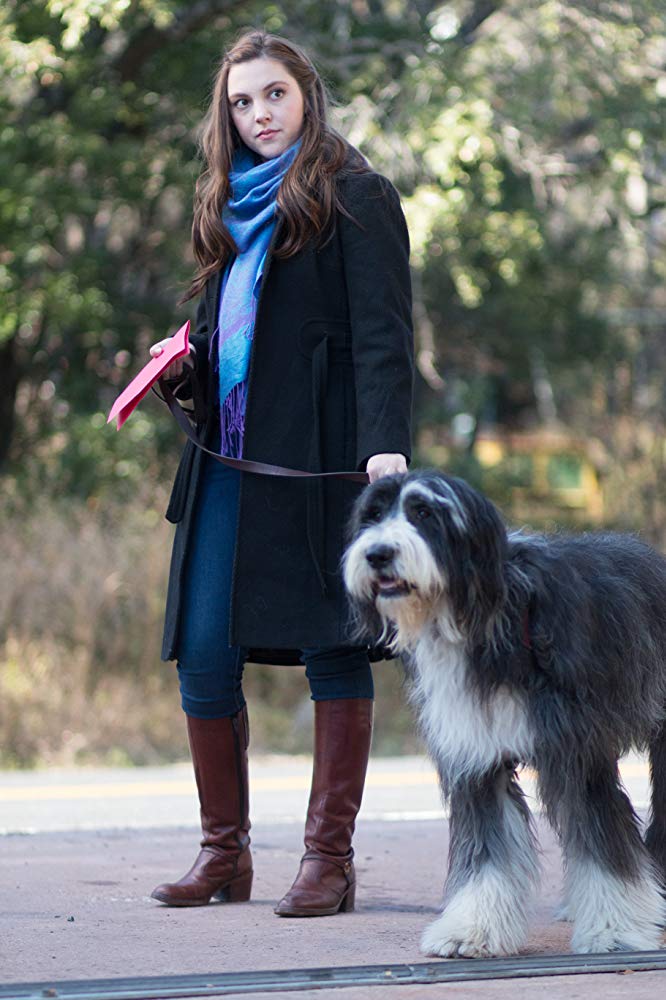 But it can’t last: the family that employs Lockhart plans to bulldoze the dog walking park and replace it with a spa! Forced to pursue riches or love, which will Lockhart choose? The answer is fairly obvious, but the film is charming enough that you’ll keep watching. 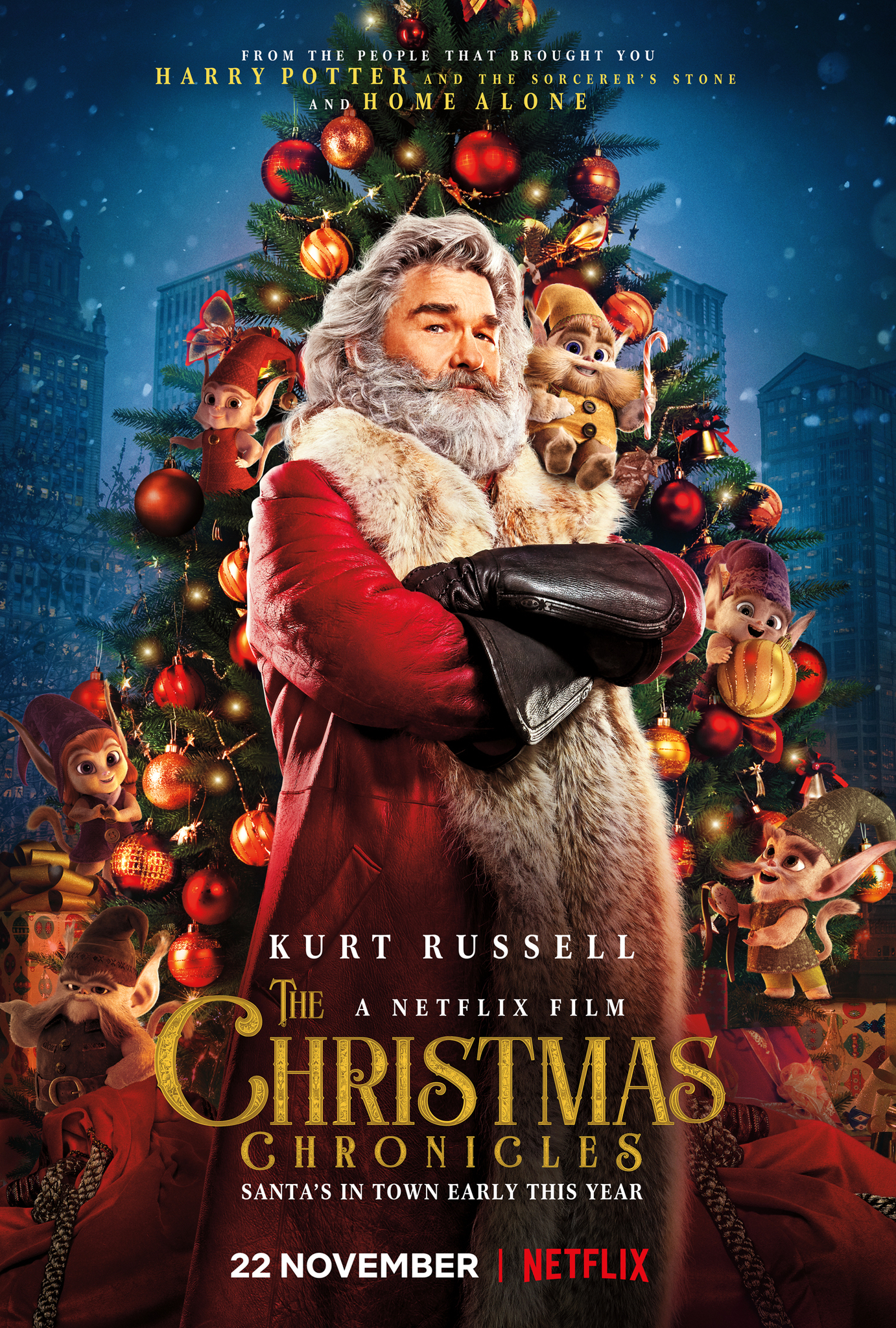 The first Netflix original on the list, The Christmas Chronicles stars Kurt Russell as a convincingly gruff Santa Claus. It’s a lovely little tale driven by its child stars, and overall it’s a great family caper.

After the children stow away in Santa’s sleigh it crashes, and after that it’s a madcap dash to restore Christmas Spirit – without it, the world will be plunged back into the Dark Ages.

In a world full of Christmas romances and the ‘magic of believing’, The Christmas Chronicles has a surprisingly original story behind it, and with that unpredictability comes some serious fun. 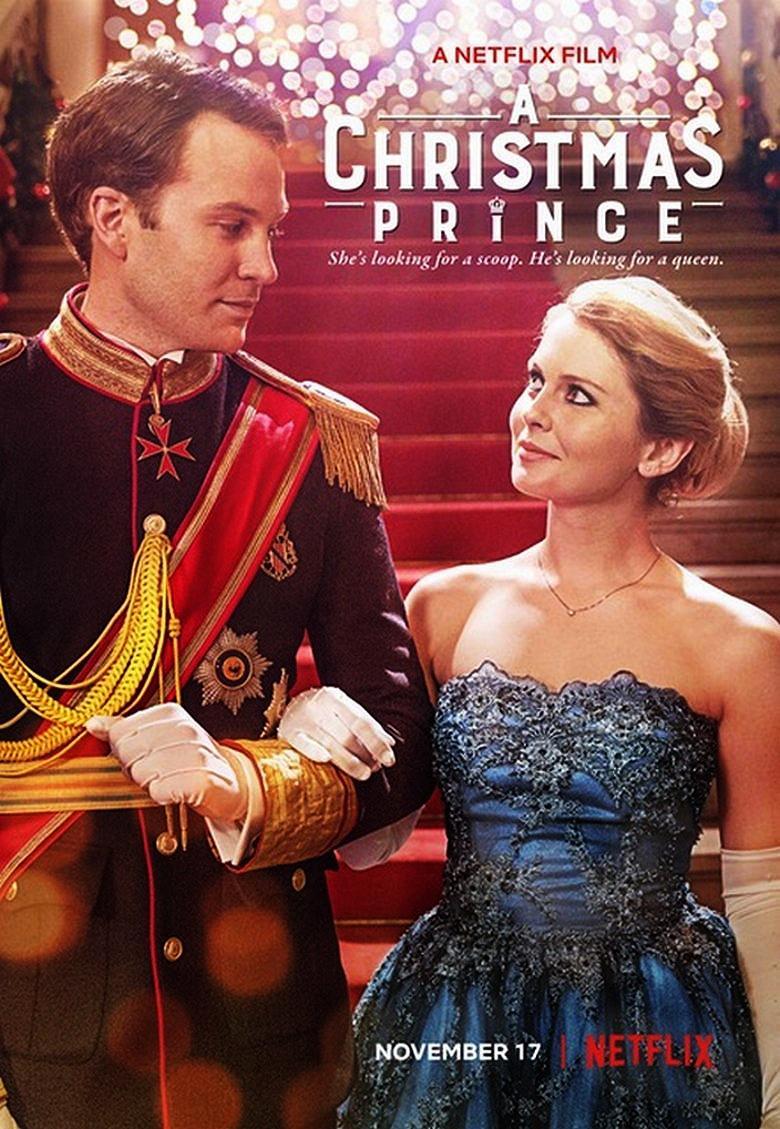 For some reason, Christmas and royalty seem to go hand in hand nowadays, and this film serves up both with cranberry sauce and a figgy pudding for afters.

Aspiring journalist Amber Moore (McIver) is sent to ‘Aldovia’ to cover the coronation of new prince Richard (Lamb). Richard’s playboy antics and potential plans to immediately abdicate are a source of embarrassment for the kingdom. Naturally, Moore ends up becoming a little too close to the subject of her reporting, and Yuletide romance blossoms. 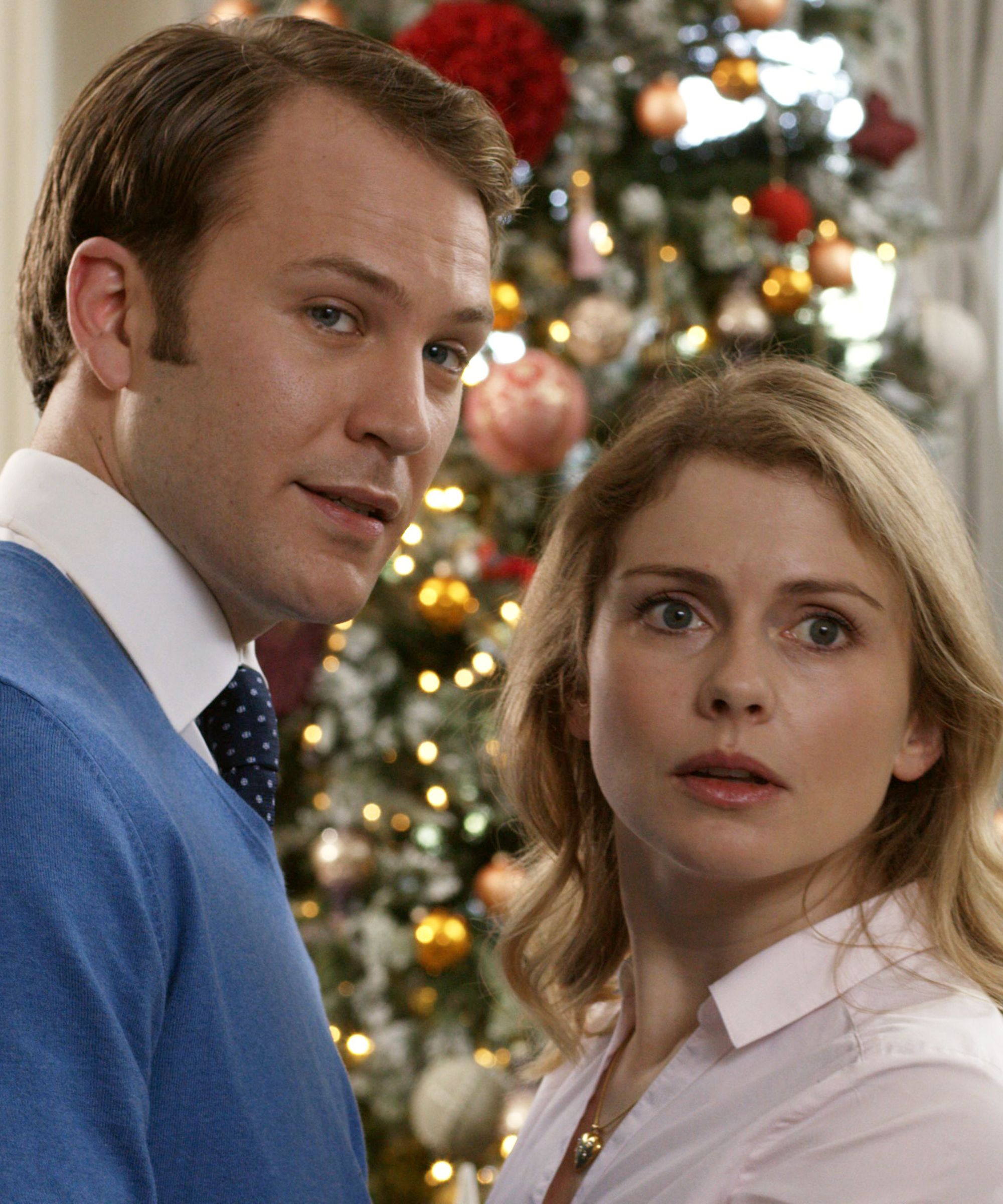 Jim Broadbent is a national treasure, so that alone should be enough to sell the film. Even better, the plot is a slightly mad mix of Miracle on 34th Street and Prison Break.

Former getaway driver Steve Anderson (Spall) is released from prison, and returns home to find that a man claiming to be Santa Claus (Broadbent) is trying to round up deer into his shed. Anderson dismisses Santa as a madman, with the latter ending up being incarcerated. What follows is a high-stakes heist to get Santa of out prison in time to deliver all the presents.

If you’re doubting the action bona fides of this Santa/prison film, you might take heart in the fact that it was produced by Ridley Scott’s production company. Small world! 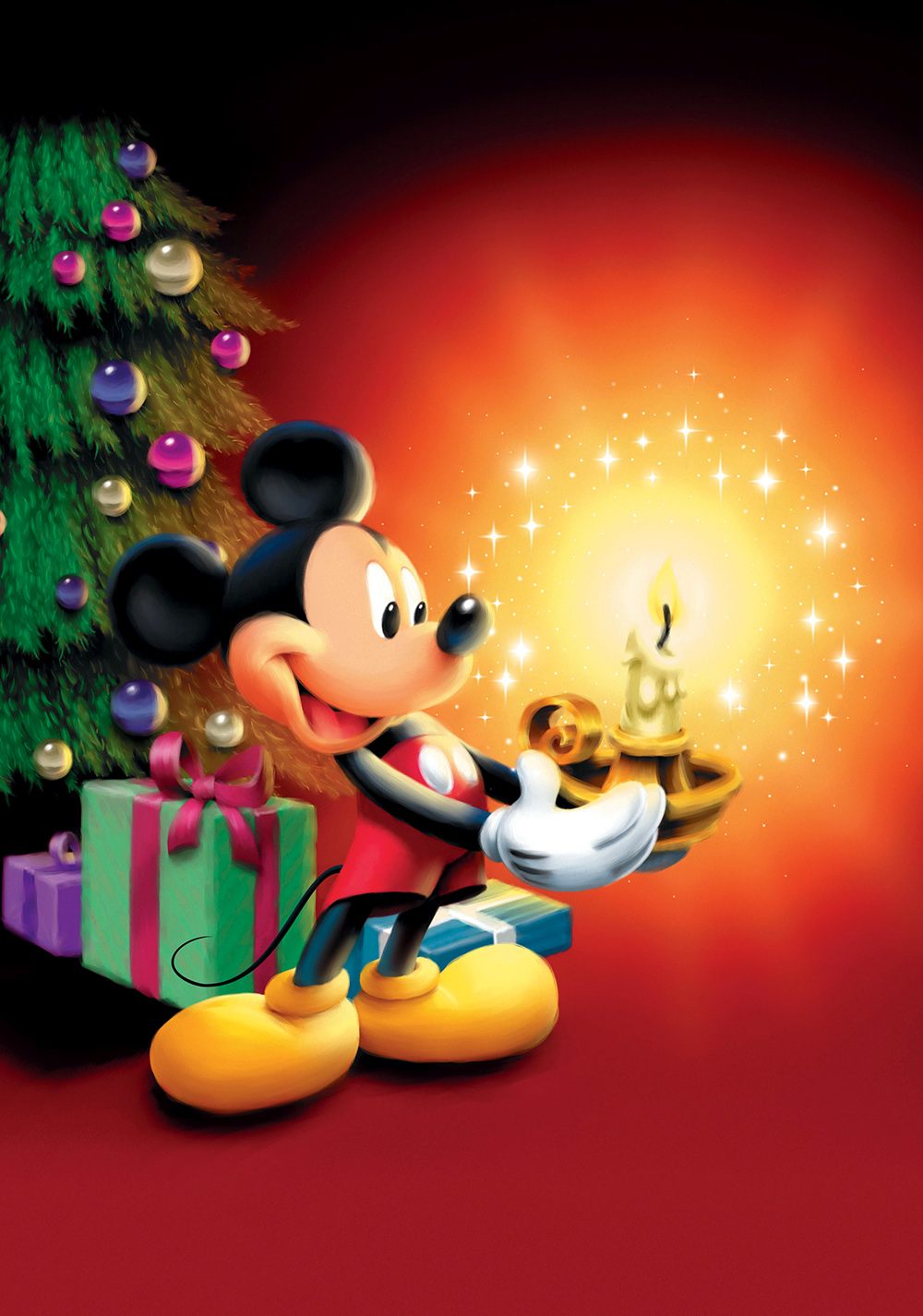 We’re breaking the rules a little bit on this one, but what’s better than a bit of Disney at Christmastime?

Mickey’s Once Upon a Christmas is an anthology film of several festive adventures featuring your favourite Disney characters, from Donald Duck to Goofy, Chip ‘n’ Dale to Clarabelle Cow, and of course the famous mouse himself. 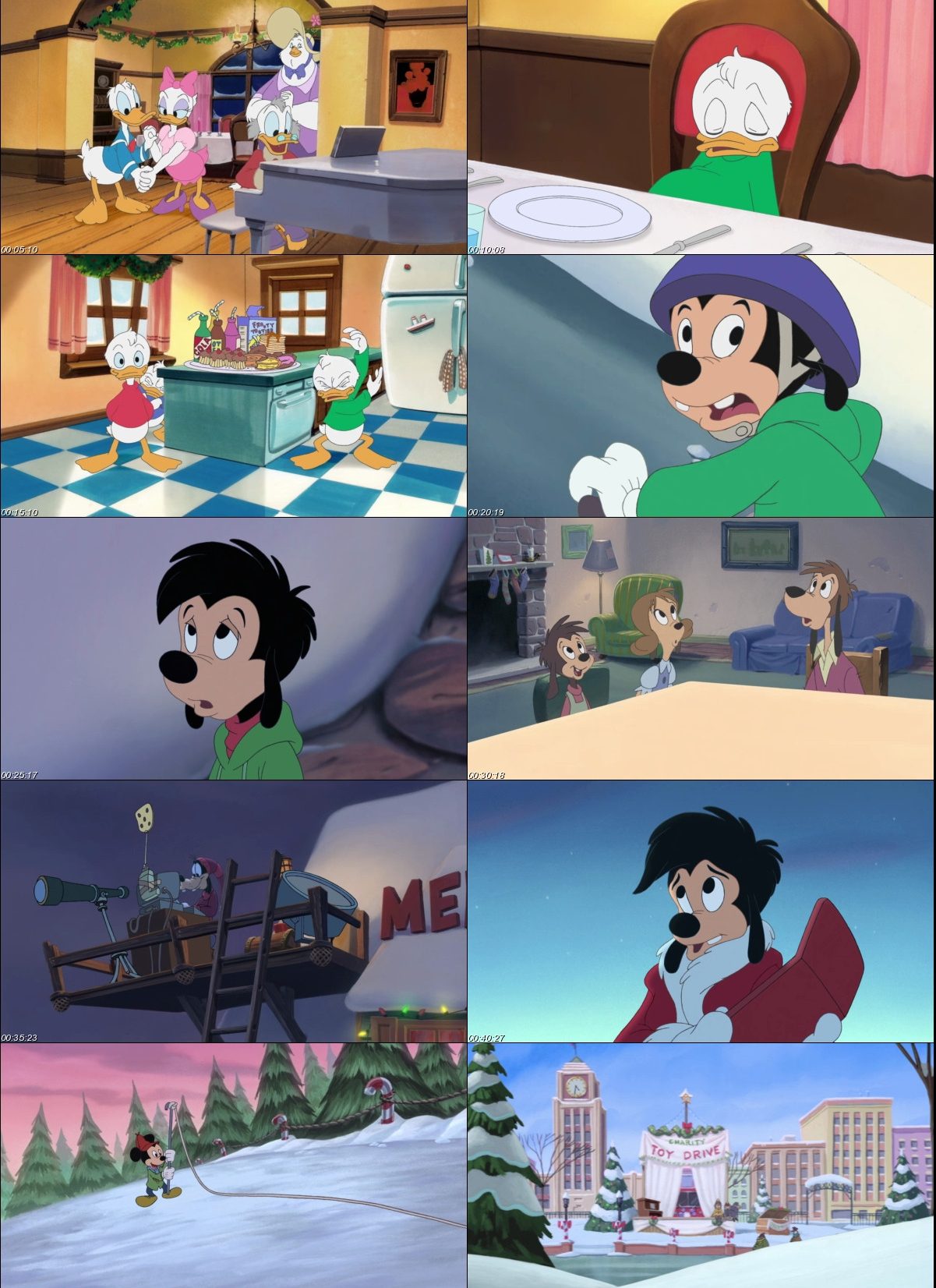 Along with all the classic Disney voice cast, the film is tied together with narration by none other than Kelsey Grammer. This one really is a lost gem. 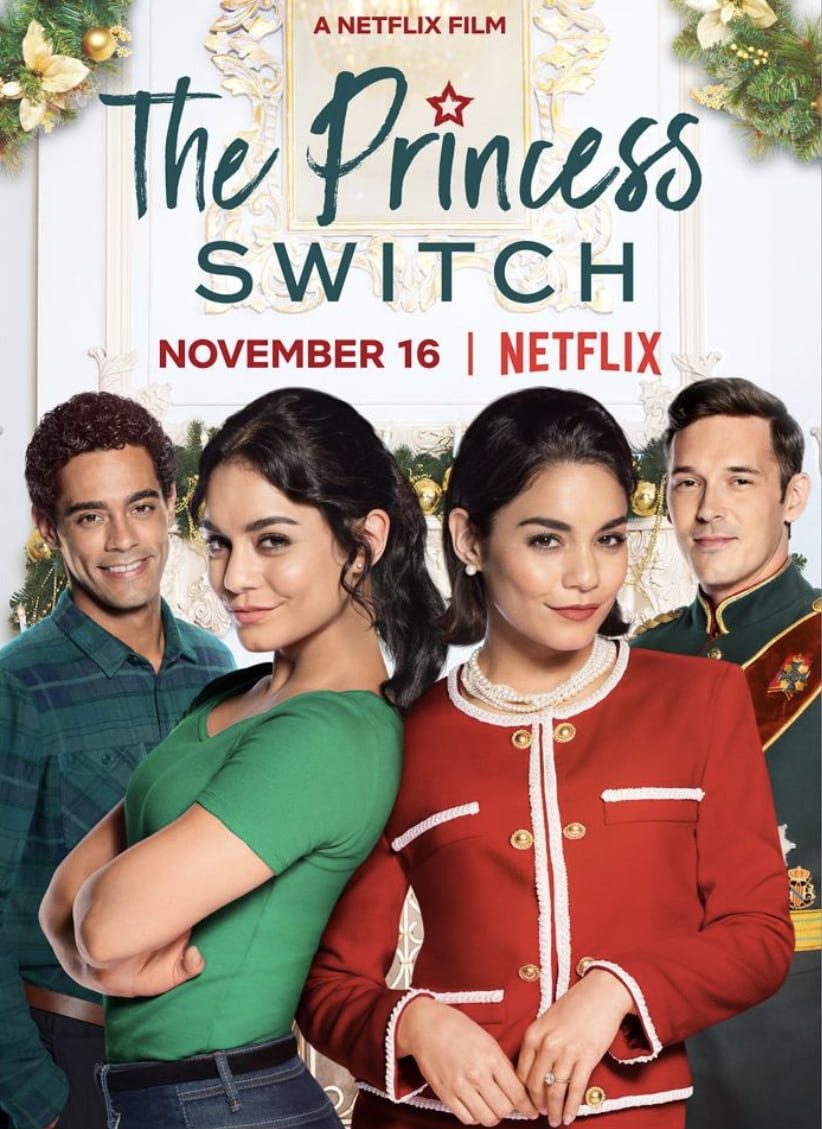 What did we say about royalty and Christmas? Starring a moxie filled Vanessa Hudgens, The Princess Switch will scratch both a Christmassy and Parent Trap itch.

Stacy DeNovo (Hudgens) is a talented baker who ends up competing in a Belgravian baking competition, during which she bumps into Lady Margaret Delacourt, the Duchess of Montenaro who is engaged to the Crown Prince (also played by Hudgens). With DeNovo entranced by the glamour of the princess life, and Delacourt wanting time out of the spotlight, they agree to trade places.

It might be a little hard to suspend your disbelief enough to imagine a world with two identical Vanessa Hudgenses, but this is a peppy film with more than enough heart to go around, so relax and enjoy a film that has both royal succession drama and choux pastry. 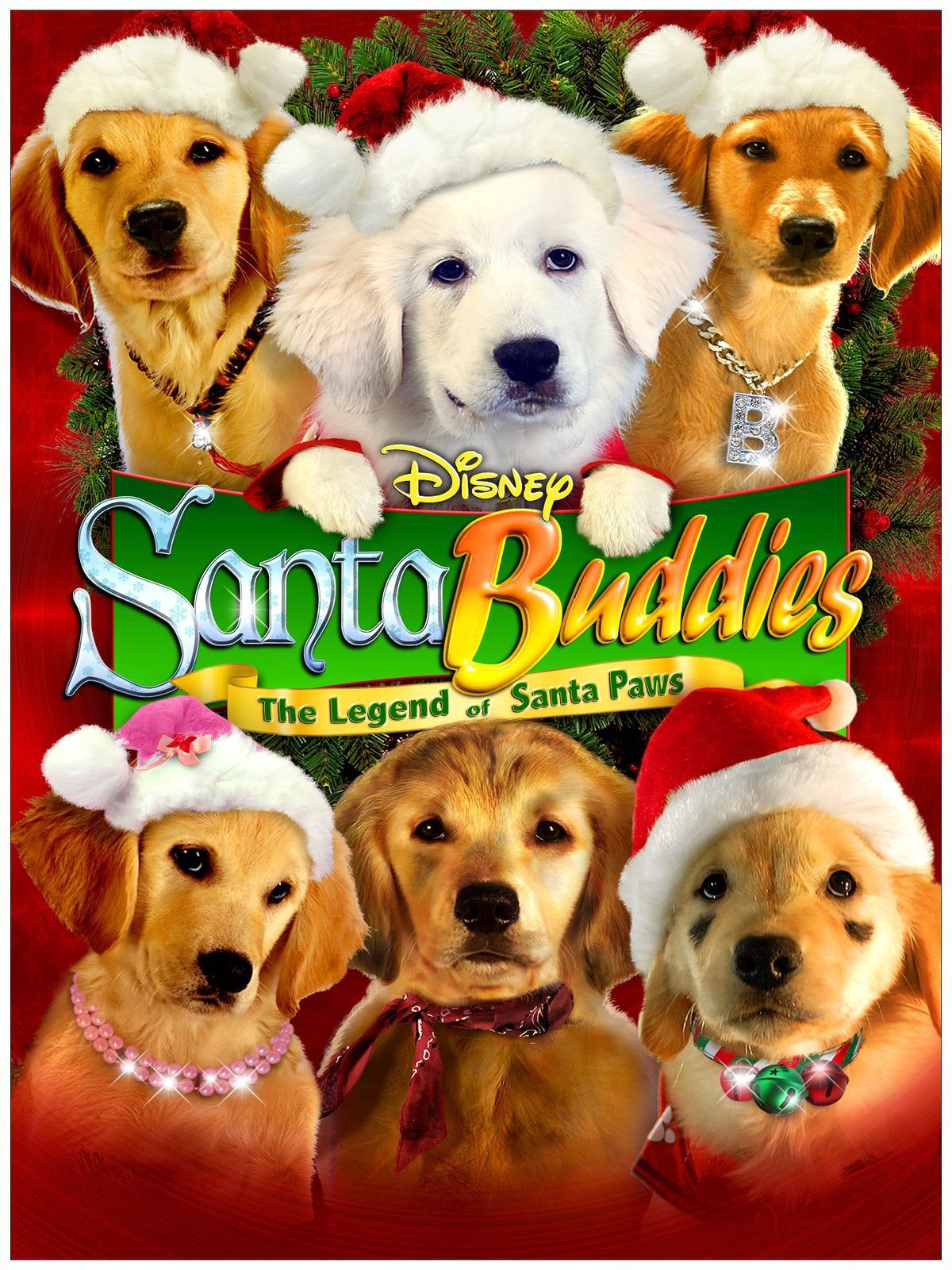 If you thought that puppy love was a meagre Number 8 on this list, think again: Santa Buddies might not be a perfect film, but it is full of gorgeous golden retriever puppies.

Santa Claus’ faithful dog, Santa Paws is worried that the Christmas Icicle is melting because no one believes in Christmas. If it melts completely, Christmas will be no more. It’s up to a bunch of naughty puppies to discover the true meaning of Christmas and also avoid dogcatcher Stan Cruge (Lloyd). 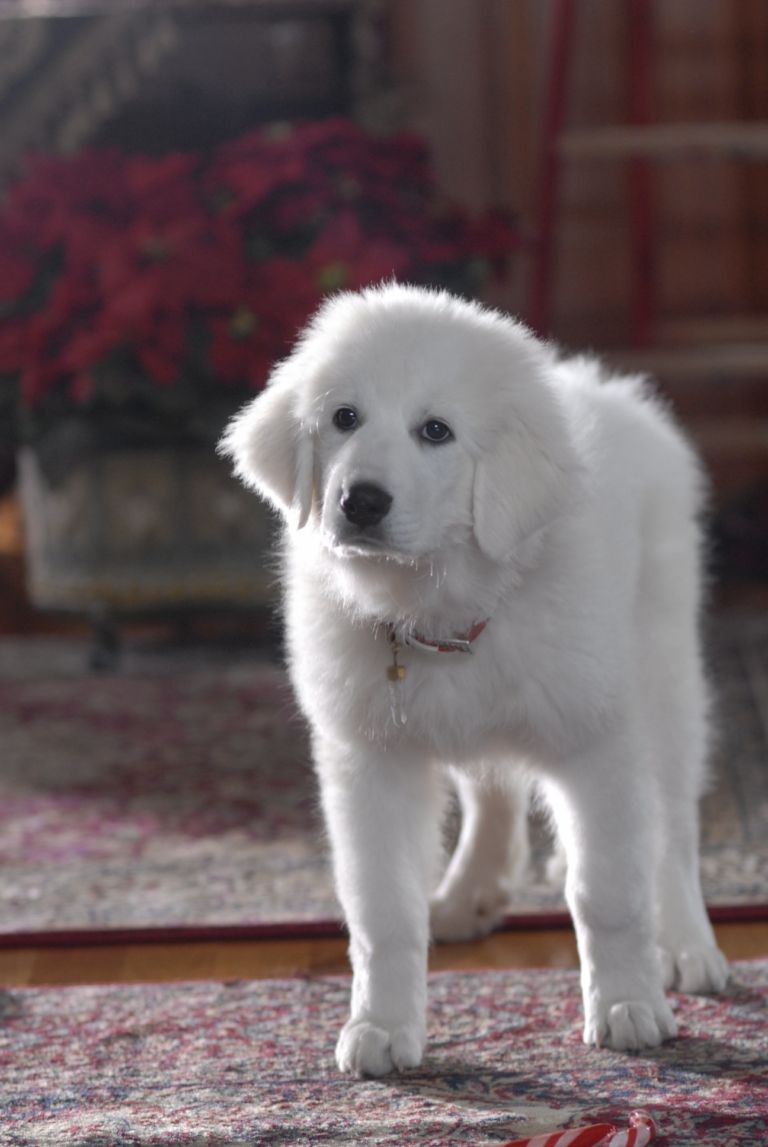 Amazingly, Santa Buddies is the ninth film in the Air Bud film franchise, and this film released just as the Marvel Cinematic Universe was getting off the ground, making it a true trailblazer. 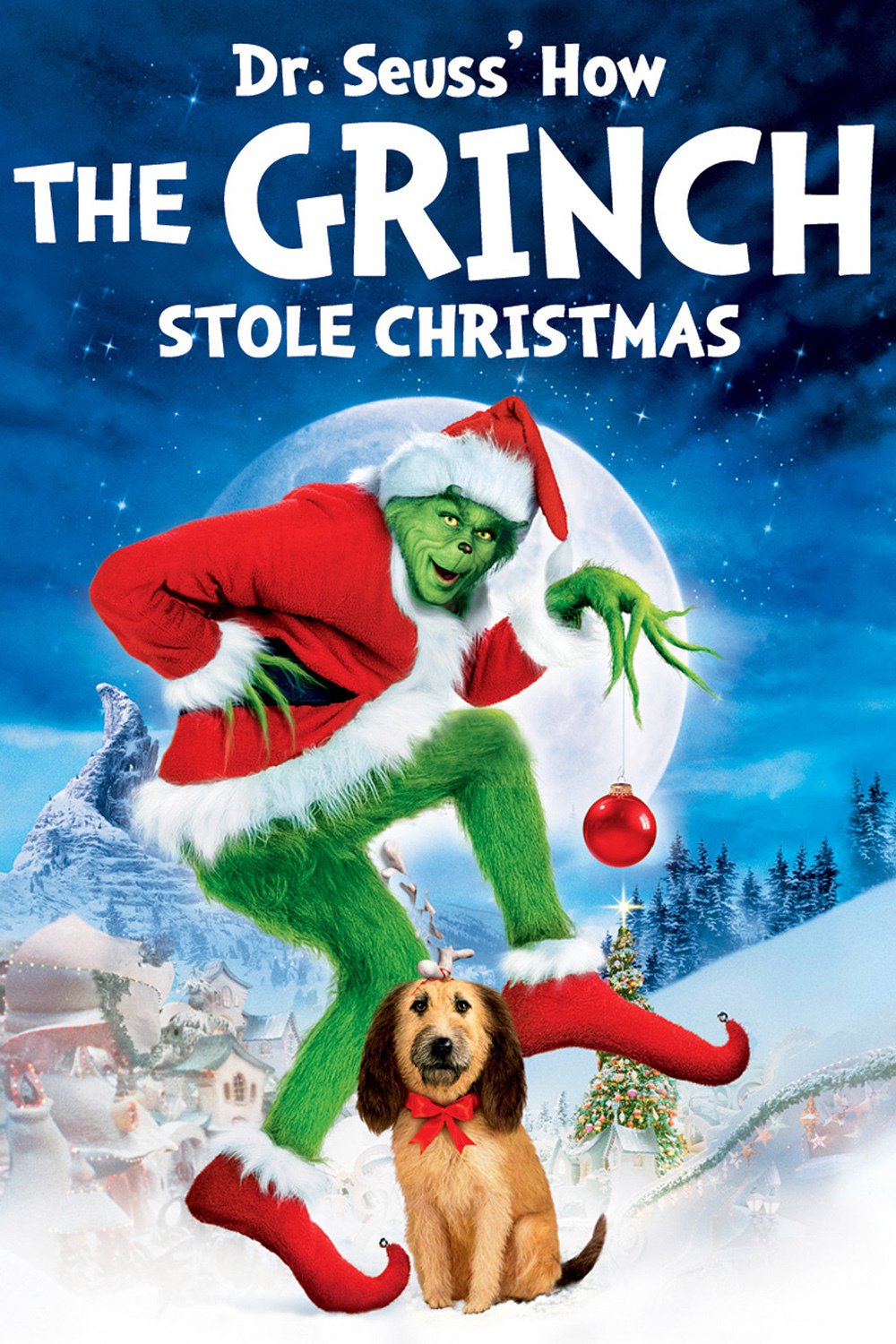 Taking our Number 1 spot is an absolute modern classic, starring Jim Carrey as the grotesque-but-lovable Grinch.

The Grinch, who has a longstanding grudge against the people of Whoville, decides to kidnap Santa Claus, steal his identity, and rob those pesky Whos of their favourite holiday. Without those nostalgia goggles on, the film comes across as amazingly weird, but it’s hard to turn down a piece of vintage Carrey clowning. 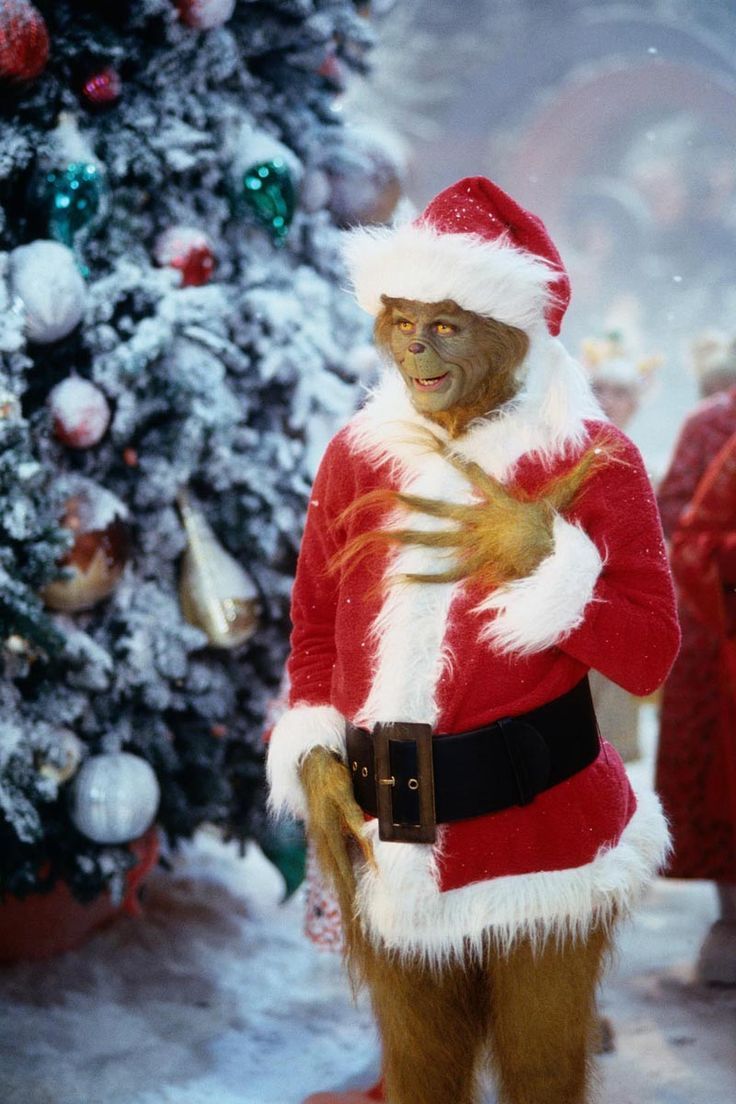 It’s hard to imagine the film without Carrey in the lead role, but originally Jack Nicholson and Eddie Murphy were considered for the green devil. Perhaps if they remake the film again, we’ll get a version more like The Shining or Shrek.