Thirtysomething was an American drama in the latter half of the 1980s concentrating on people in the 30s, who were Baby Boomers living in Philadelphia, Pennsylvania and showed how their lives contrasted in the yuppie culture compared to the 70s lifestyle which was very different.

The show was a hit on both sides of the Atlantic and still has plenty of fans today, are you one of them? Join us as we take a look back at some facts about the show which you almost certainly didn’t know…

1. In the very first episode, Michael calls his wife the wrong name

In the pilot episode of Thirtysomething, Michael Steadman calls his wife Nancy, instead of the correct name, Hope. He says, “No Raisin Bran, Nancy, what am I gonna do?” This may be because the character Nancy was played by his real life wife, Patricia Wettig.

2. The title of the show became so commonplace it made it into the dictionary

3. The show lost millions in withdrawn advertising after it featured two men in bed together

In one episode, we see the characters of Russell and Peter in a post-coital conversation. It is believed that this is the first time two men were seen together in a mainstream show on American Network TV in a sexualised context in bed.

Even though no nudity was shown and nothing explicitly mentioned, the scene cost the show over $1.5 million in advertising after some advertisers withdrew in retaliation to the scene!

4. Timothy Busfield was still in his 20s when he joined the show

5. Michael Steadman was voted one of TV’s greatest dads

The character of Michael Steadman was voted in the top 50 greatest TV dads of all time in TV Guide’s 20th June 2004 issue. He ranked number 46, do you agree with this ranking?

Following the popularity of the show, the producers briefly considered doing a live episode. The idea was shelved, however, and the producers decided to continue to pre-record the show.

7. Many of the actors directed episodes of the show The various Star Trek shows (Next Generation, Deep Space Nine, Voyager, etc) are well-known for letting their stars direct some of the episodes to break the directorial teeth. Thirtysomething did this well before Trek, however, with many of the actors getting the chance to direct at least one episode of the show.

8. When Ellyn’s cat was finally seen it ran away

In one episode, Ellyn’s cat runs away from home. Up until then the nasty cat was seen but not heard as it used to hide under sofas and beds and growl from under them at the various characters!

9. Many famous characters were portrayed in the Halloween episode 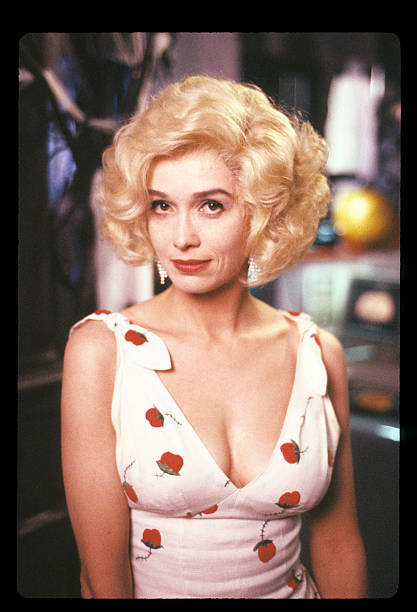 In the episode when characters attend the DAA Halloween Party, the characters portray famous faces such as Cleopatra, Shakespeare’s Juliet and the Blues Brothers amongst others – who pulled off the best outfit?

When Miles does an interview for a magazine, he reveals that he did a tour of Vietnam. He was actually there with the CIA doing propaganda work trying to win the hearts of the people of South Vietnam!

Were you a fan of Thirtysomething? Is it a program you want to revisit and re-watch to see all your favourite characters interacting again? Let us know all your thoughts in the comments as always.