10. He went to prison for three months 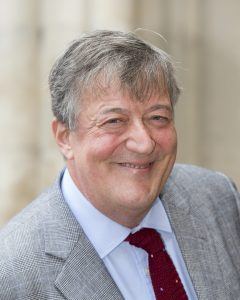 Nowadays, it’s hard to imagine anyone more calm and reasonable than Stephen Fry, but it turns out he wasn’t always as wholesome and law-abiding as he is now. In fact, he spent time behind bars before he even had a chance to attend university, and it wasn’t just for one night either.

The story goes that he stole the coat of a family friend while they were sitting together in a pub one night, since he planned on running away and sleeping rough in the city. However, once he’d gotten away he discovered a credit card in the jacket pocket, and realised that he was in far more trouble than he thought.

Instead of returning to turn it in, he just stayed out on the run, and was eventually arrested in Swindon. The charge he was eventually arrested on was credit card fraud, which came with a hefty prison sentence of three months. He served the whole sentence and said the experience was very difficult, but was thankfully enough to encourage him to turn his life around. 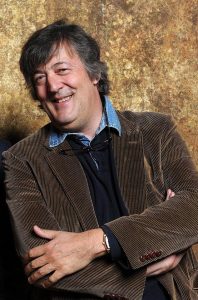 9. Only one thing kept him sane through his jail time 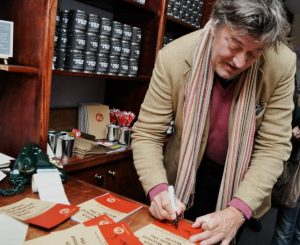 While in prison, gifts and visits from home are invaluable, and are often the only reason the prisoner manages to stay sane and get through it. Stephen Fry said this was true for him, and the gift he chose to receive showed that he had masses of untapped potential that he wasn’t addressing.

While he was behind bars, his mother cut out the crossword in every copy of The Times and sent it to him. Fry called this “a wonderful act of kindness”, and said he wasn’t sure how he would have coped with prison life without it. 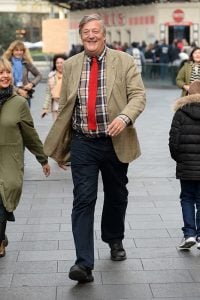 8. He has some very strong opinions about words 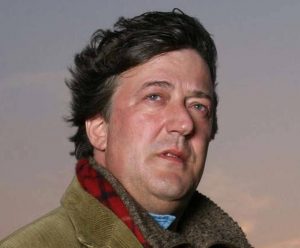 Over the course of his career, Stephen Fry has written four novels, three autobiographies and countless works of non-fiction on various subjects. Therefore, it doesn’t take a genius to realise that he may have some strong opinions about words.

Though he has said in interviews that he tries not to be pedantic about language, the QI host can’t help but have a few pet hates, which include people misusing the words hopefully and literally. Apparently people use these terms all the time, and only very rarely in the correct ways or contexts. 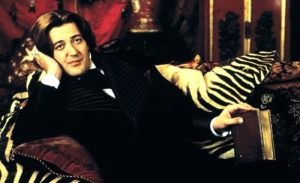 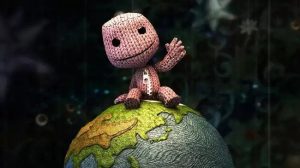 As if writing, acting, hosting and touring weren’t enough, Stephen Fry is also a prolific narrator. For example, many kids first know him as the man who narrates the Harry Potter books, as well as providing narration for the first three Harry Potter video games.

With that said, he’s also journeyed into video game voice work outside of the Harry Potter universe, providing narration for every instalment in the Little Big Planet video game franchise. 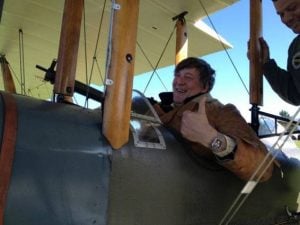 For someone whose main passions are ancient myths and obscure British poetry, Stephen Fry also has a serious outdoorsy streak. In fact, he even went so far as to film a whole TV series where he journeyed to distant and difficult to reach parts of the planet, in order to observe some of the rarest animals in the world.

The show features many shots of Fry being uncomfortable in jeeps or boats, but it turns out that he’s not so uncomfortable in the air. That’s because he is a trained pilot, who spends his days off flying biplanes for fun! 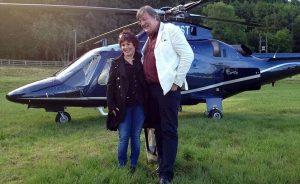 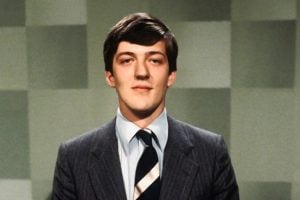 We’ve already touched on the fact that Stephen Fry used to be a bit of a rebel without a cause, but his bad-boy phase started far before his time in prison. He was actually expelled from two high schools for laziness and bad behaviour, which was made even more frustrating for his teachers by the fact that he was clearly very intelligent.

Even once he had found a school that would allow him to study his A-Levels, he refused to take them seriously, and simply didn’t turn up for his final English or French exam papers. This threw him into a tailspin which ended with him in prison, leading him to beg his teachers to allow him and back and promising to study hard. 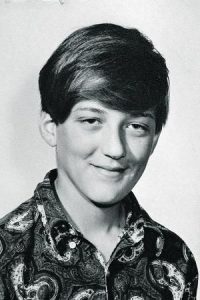 4. He was abstinent for over a decade 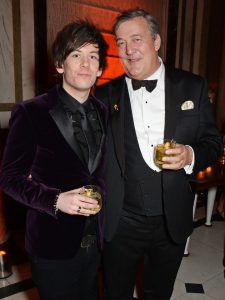 Stephen Fry is the epitome of confidence. He’s suave, he’s witty, and he’s pretty outspoken to boot. It’s hard to imagine him every concealing his thoughts or feelings for any reason, but it turns out he wasn’t always so upfront. Though he knew he was gay from a very young age, he shied away from relationships as a teen and early adult, apparently due to low confidence.

As a result, even though he was popular and well-liked and got plenty of attention, he stayed away from sex for a whole 16 years of his adult life. However, he did eventually end his phase of abstinence, marrying comedian Elliot Spencer in 2015. 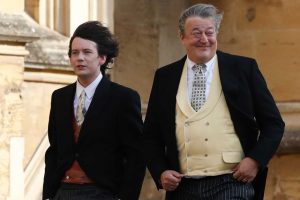 3. He was almost Apple’s biggest fan 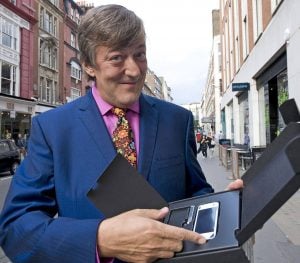 Given his love of all things antiquated and old school, you could be forgiven for assuming Stephen Fry is a bit of a technophobe. However, that’s simply not true, as he is actually obsessed with technology in all its forms. As well as being one of the first people to flock to Twitter in the early years, his love of tech is mostly expressed with Apple products.

In one episode of Fry’s nature documentary Last Chance To See, Fry is seen pulling over five phones out of his bags and pockets, most of them iPhones. Not only that, but he stood in line to be the first ever person to buy a Mac computer in the UK. Unfortunately he was beaten to the punch by legendary sci-fi author Douglas Adams, who also has a soft geeky spot for technology. 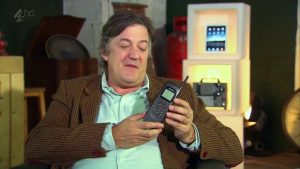 2. He holds a TV record for cursing 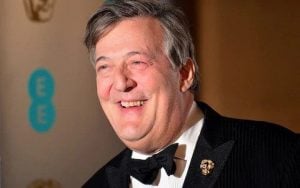 Most of Stephen Fry’s television work is pretty wholesome fare, with both his work on QI and his radio four being mostly family-friendly. However, just because most of his work is the kind of thing you wouldn’t be afraid to show your grandma, doesn’t mean he’s a puritan when it comes to language.

He proved his love of curse words when he was invited to do a show all about censorship, and decided to demonstrate it in the most upfront way possible. He crammed a record breaking amount of F words into just ninety seconds of the program, officially making him the most prolific swearer on television for such a short amount of air time. 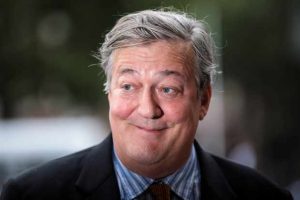 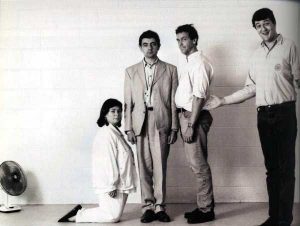 Birds of a feather flock together is a popular expression for a reason, and it’s true for celebrities in particular. Ever since beginning his journey into comedy and broadcasting, he has been close friends with some of Britains finest comedy legends, including Hugh Laurie and Rowan Atkinson, otherwise known as Mr Bean.

However, their friendship goes deeper than just the occasional after-dinner drink, as Fry was actually the best man at both of their weddings. Not only that, but Fry became the god father to both their children, even going so far as to say he was annoyed with how delightful and well-behaved they were. 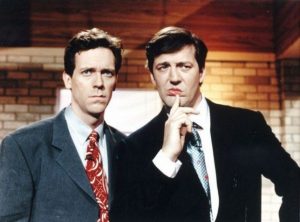