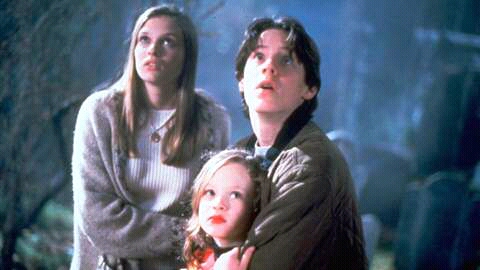 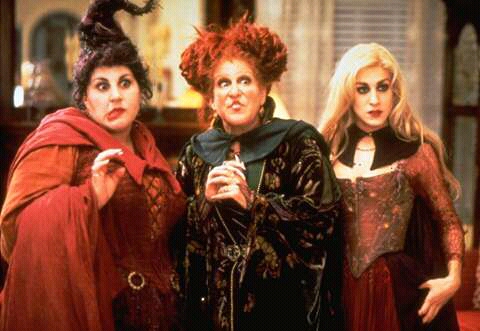 Teenager Max Dennison has moved, with his family to Salem, Massachusetts. He takes his little sister Dani out trick or treating on Halloween night, when they come across Max’s new friend Allison. They explore inside an old abandoned house, where Max lights a candle, and with him being a virgin, frees a coven of witches, the Sanderson Sisters.. With the help of Binx, the cat, they must stop the Sanderson Sisters becoming immortal. Such a treat of a film to watch! I am sure you will be surprised by these ten facts on this spooky fun film! 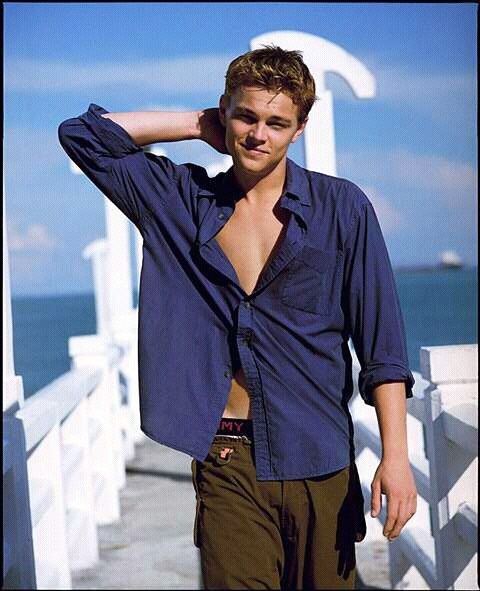 1) Leonard DiCaprio auditioned and won the role of Max Dennison. That part was all his! However in the end, he turned the role down. Rumour has it it was so he was free to work with Johnny Depp on What’s Eating Gilbert Grape? Leonardo has said in recent times that he doesn’t know how he had the nerve to turn the role down, but he’d made up his mind, and he was sticking to his guns. 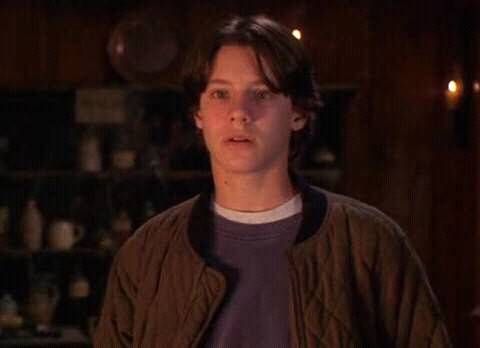 And the role went to, Omri Katz. Who made the part his own. Its hard to imagine any other actor in the role! Omri now works as a hairdresser, in Los Angeles. 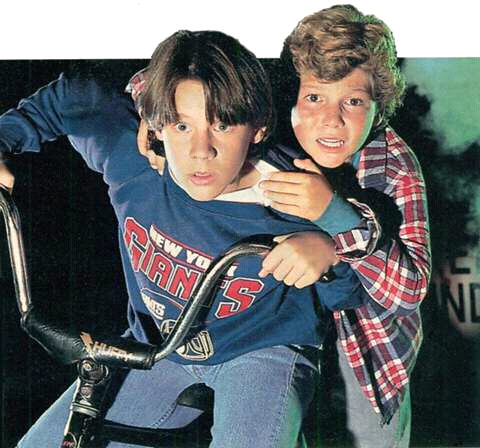 2) You may of thought you had seen Omri Katz somewhere before? Well he was the star of the awesome, Eerie Indiana. Playing Marshall Teller, who lived in a town where nothing is as it seems. But only Marshall and his friend, Simon, seem to notice. Originally broadcasted in 1991 to 1992. That show rocked! 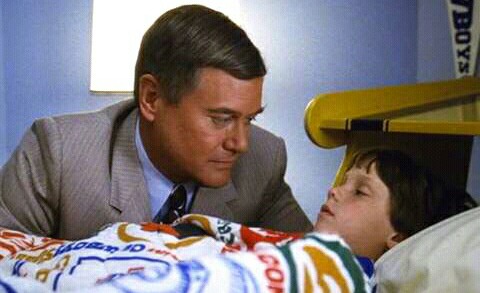 Remember him from some place else? You guessed it! Omri was the original John Ross Ewing in Dallas, the son of JR and Sue Ellen Ewing. Omri was in the show from 1983 to 1991. 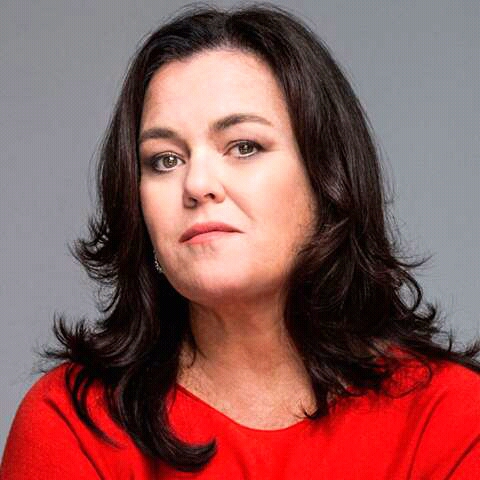 3) Leonardo DiCaprio wasn’t the only actor to turn down a part in Hocus Pocus. Rosie O’Donnell did too! The star of such films as, Now and Then, The Flintstones and A League Of Their Own. After being offered the role of Sanderson sister, Mary Sanderson, she felt ‘uneasy’ in taking on a character who killed children. 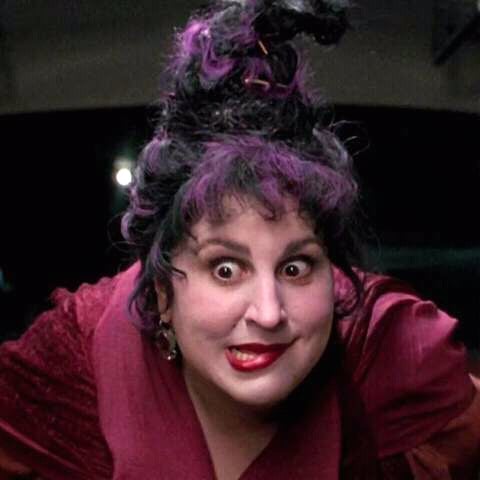 The part of Mary Sanderson went to the fabulous, Kathy Najimy. Who was a huge Bette Midler fan. She had even snuck backstage at two of Bette’s concerts!

As well as her superb performance in Hocus Pocus, Kathy also is best known for her role of, the super happy nun, Sister Mary Patrick, in the Sister Act films, with Whoopi Goldberg. 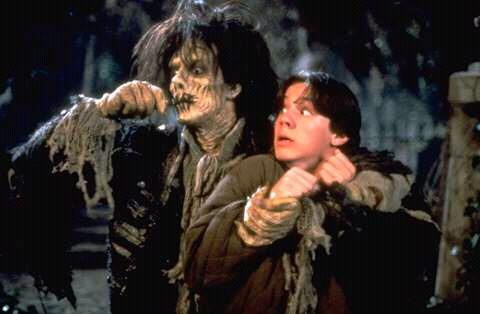 4) Billy Butcherson. Who was suppose to be a hot zombie, no really! Oh yes, he made some ladies swoon! The good guy zombie had women hugely attracted to him, as well as being some girls first crush!

Billy Butcherson, was played by Doug Jones, with it being his first major film role. 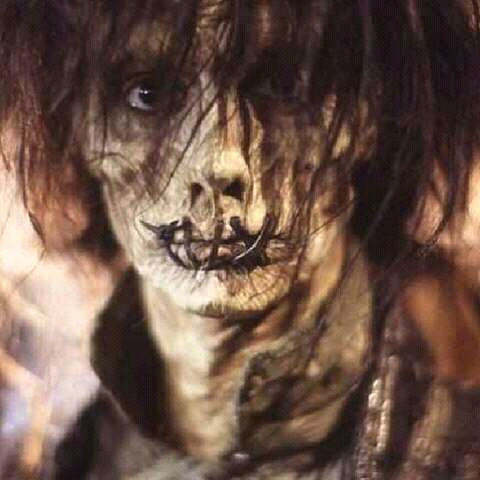 Billy was once the boyfriend of Winifred Sanderson, he died on May 1st 1693. After Winifred found him with her sister Sarah, she poisoned him and sewed his mouth shut, so he couldn’t tell her secrets, even in death.

In the scene when Billy cuts his mouth open, he had one word to say, ‘b#@ch’ but Doug Jones wasn’t happy with the word, being it was a Disney film. So he changed the word to ‘wench’ and the rest he improvised! Which the crew loved so much it stayed in the film 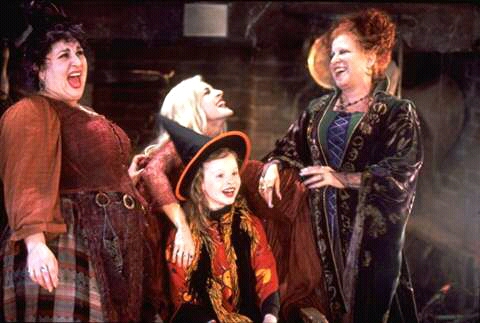 5) Believe it or not, this massively popular, cult film, loved all around the world, enjoyed by every generation, was, when released in 1993, a flop! Shocking!

It debuted at number four. Grossing $39.5 million. For a film which was made on a budget of $28 million, Disney was not happy. 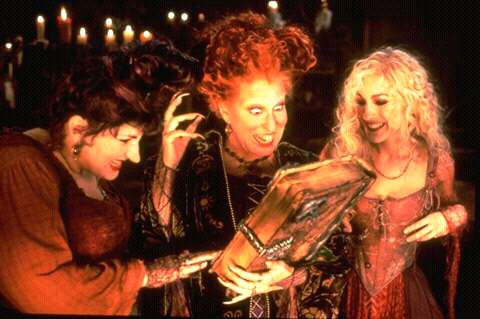 A big reason it was thought to of been a flop, was due to the film being released in July, so the public really wasn’t ready for Halloween yet. It was released in July to avoid the release of a new Addams Family film that October. 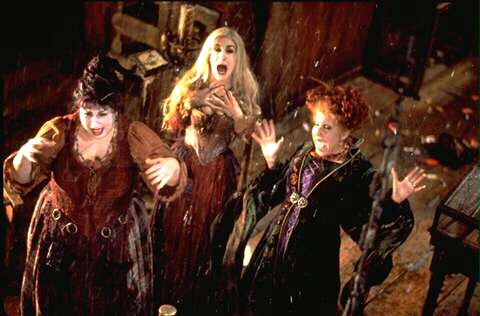 6) The star of Sex and the City, Sarah Jessica Parker, in the role of the beautiful witch Sarah Sanderson. Guess how many times Sarah has watched herself in one of her best roles? Once! And that was when the film was released!

However Kathy Najimy watches it once a year, with her family. 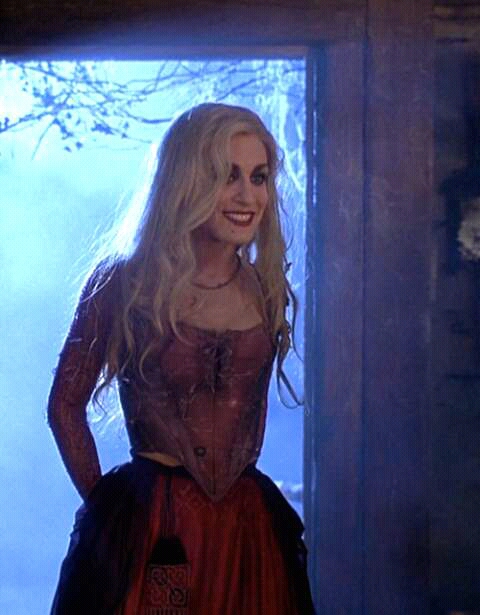 When asked if she would be interested if a sequel film was made. Sarah said yes, as have Bette Midler and Kathy Najimy. All three are keen to repeat their roles as the Sanderson Sisters. Let’s hope it happens! 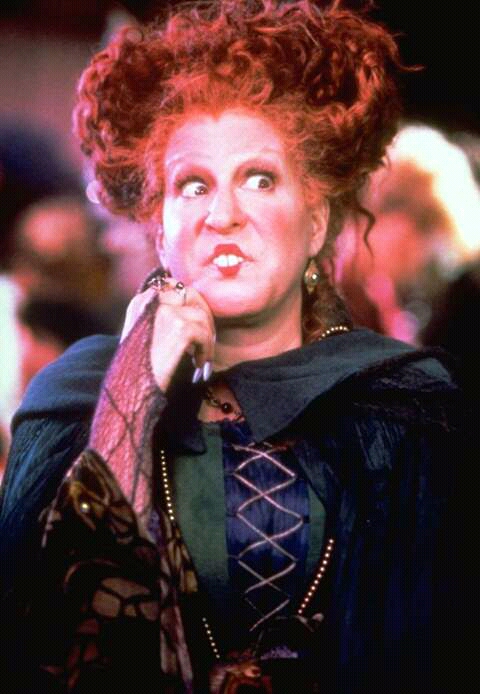 7) Legend of stage and screen, Bette Midler, whose credits include, Beaches, Gypsy, First Wives Club. Has said that Winifred Sanderson is her all time favourite role. 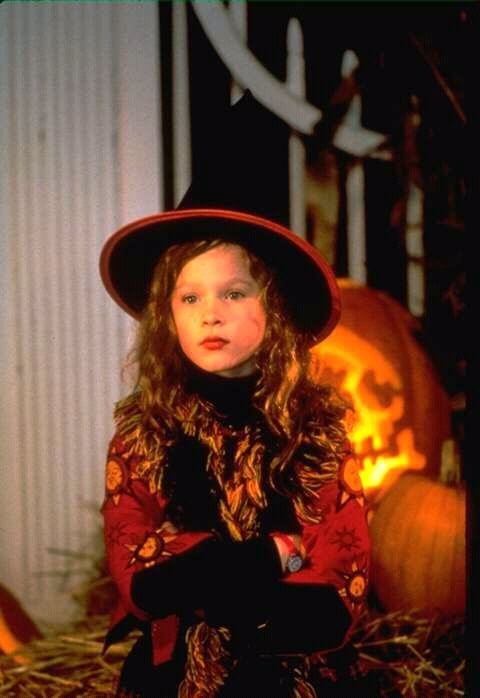 With Thora Birch, who was ten years old when she played Dani Dennison, saying it was the most fun she has ever had working on a film. And fabulous she was! 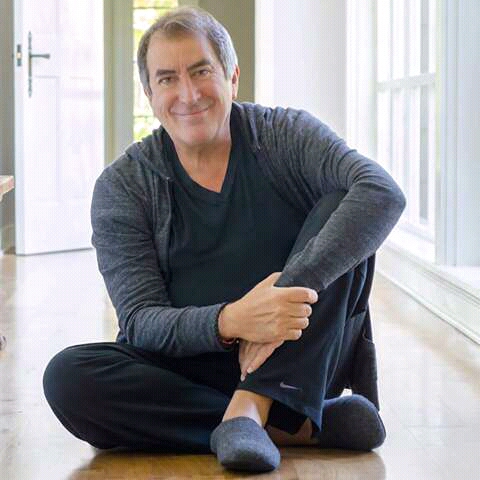 8) Hocus Pocus was directed by Kenny Ortega. And frankly directed to perfection!

Kenny is not only a director, he is a producer, and a choreographer. His choreography credits include, St Elmo’s Fire, and… Wait for it… Dirty Dancing! Oh yes! Wahoo! Love those dances?? Kenny was behind it. 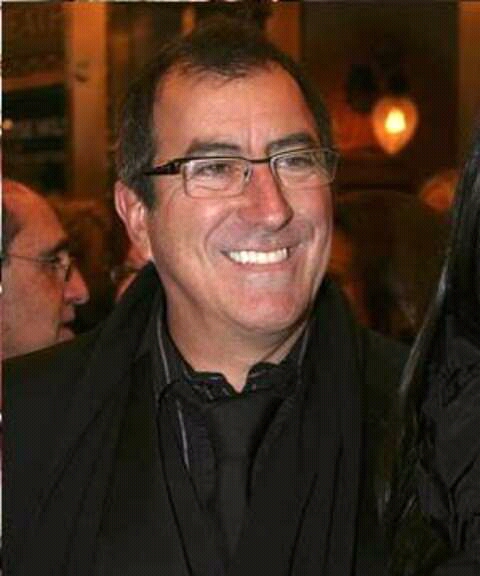 Kenny also directed the huge hit, High School Musical. He is a director of music concerts too, he has worked for Cher, Gloria Estefan, and he worked with Michael Jackson on This Is It. 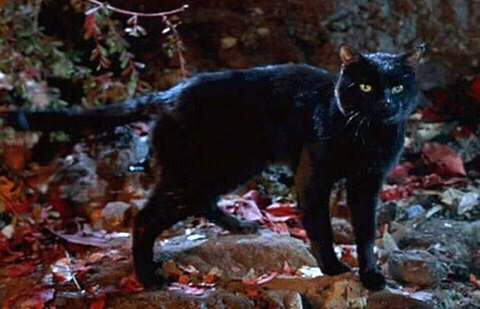 9) Cute little Binx the cat, who originally was going to be a much darker, scarier cat. With fangs and sharp teeth. But after discussions, producers felt that might frighten younger audience members. So Binx was made much friendlier. 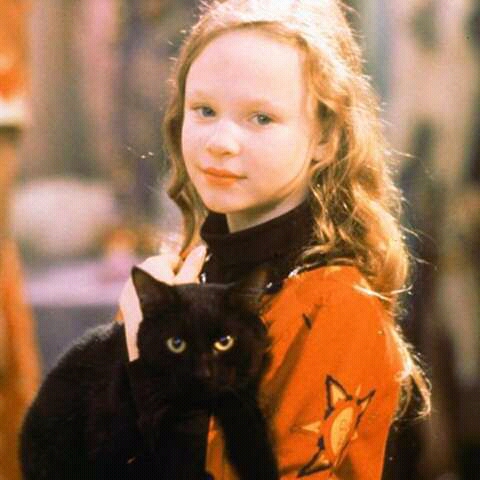 The scenes in which Binx is played by a ‘real’ cat, there was a total of nine cats taking on the role. Each cat had a different skill, for example one sat on cue! Another was good at running on cue! Aww showbusiness! 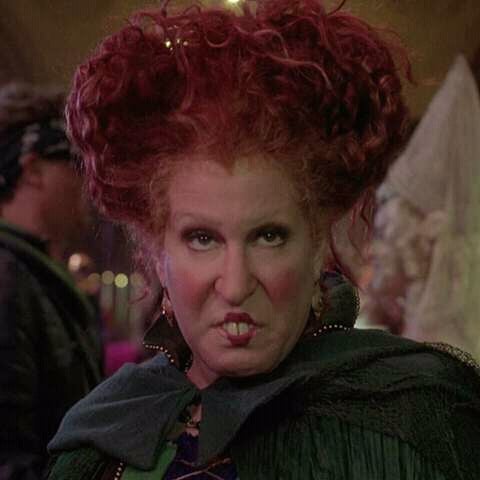 10) In the scene at the Town Hall’s Halloween party, where Winifred takes to the stage and announces, “Hello Salem, my name is Winifred. What’s yours?’

This line was a take of the famous line in Gypsy. 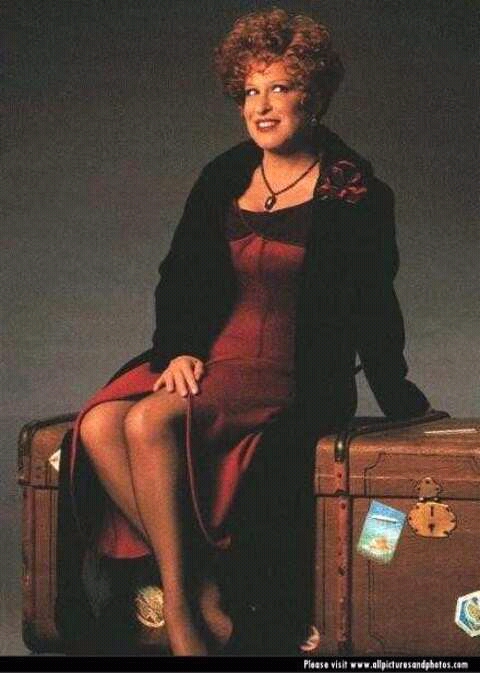 “Hello world, my name is Rose, what’s yours?”

As Bette played the role of Mamma Rose, in a television version of Gypsy. Gypsy was released the same year as Hocus Pocus, 1993.