Teenagers now get most of their celebrity, music, TV and film gossip from social media or YouTube, but whilst this instant access to infinite amounts of information is undoubtedly quick and convenient, it can never replicate the excitement and intimacy we felt reading some wonderfully entertaining magazines during our youth.

Whilst you’re unlikely to forget the likes of Smash Hits anytime soon, below are 10 amazing teen magazines from the 80s and 90s you may have forgotten you even read. 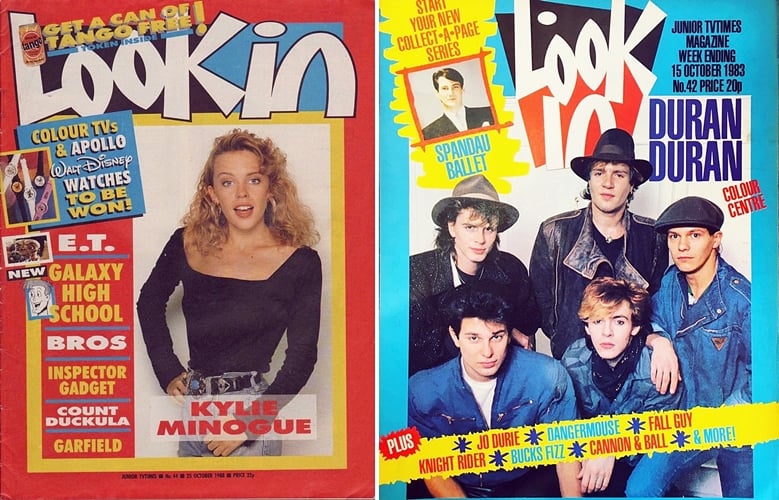 Advertised as ‘the junior TV Times,’ Look-in gave us a teenage spin on some of the greatest TV shows of the time, as well as informing us about the latest escapades of our favourite pop music stars.

The BBC did their best to combat this ITV-focused magazine by releasing their own publication called BEEB, which they later replaced with the far more popular Fast Forward. 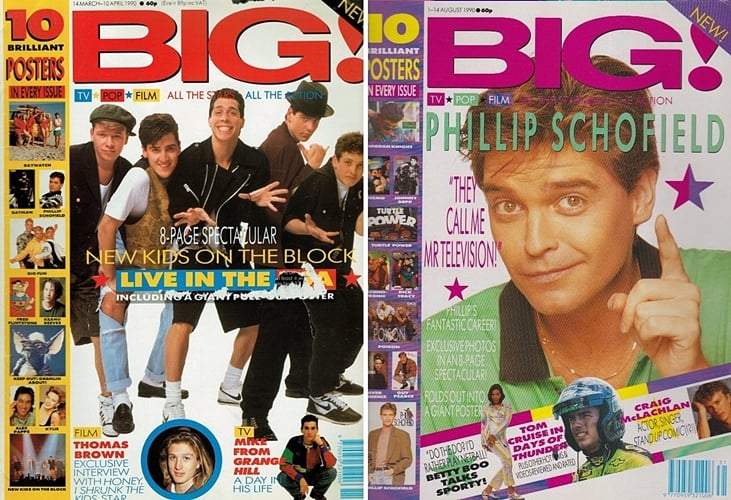 Telling us everything we needed to know about the most popular actors, musicians and celebrities of the 1990s was the brilliant Big!

Whether you were keen on The Spice Girls, Hanson, Ant and Dec, or, dare we say it, even Peter Andre, Big! most definitely had you covered. 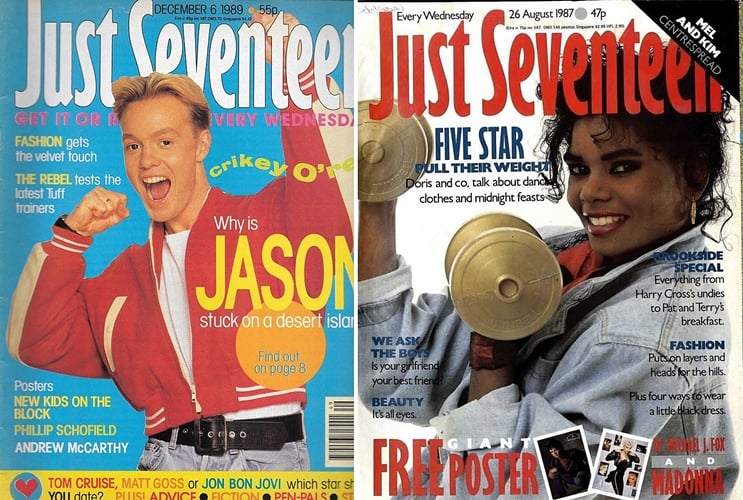 Just Seventeen was a prominent fixture on newsagents’ shelves throughout the 80s and 90s, promising to give us ‘everything a girl could ask for.’

Published fortnightly to alternate with its sister magazine Smash Hits, Just Seventeen simply has to be remembered as one of the greatest female-focused teen magazines of all time. 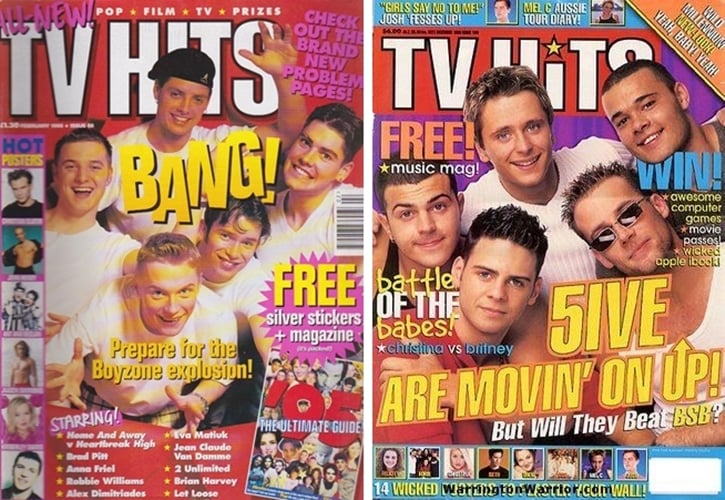 Gaining prominence as the 80s transitioned into the 90s was TV Hits, which was published once a month and originally cost a measly one pound.

We remember TV Hits featuring a lot more juicy information about our favourite American stars than many of its similarly-themed rivals. 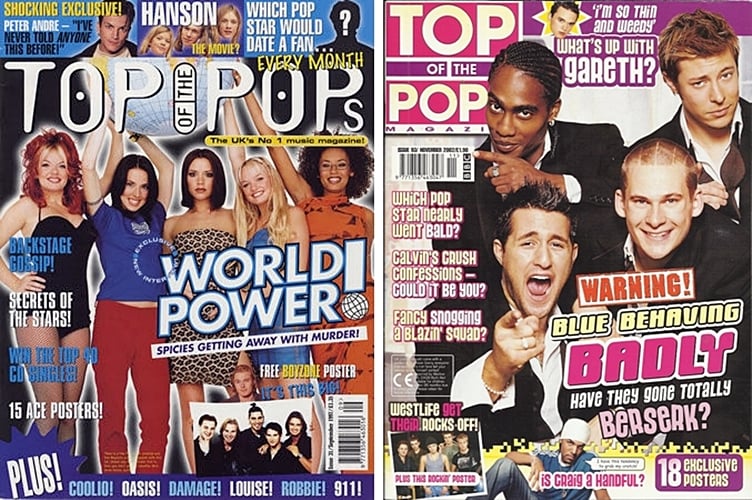 The only magazine on this list you’ll find on modern-day shop shelves is Top of the Pops, which was originally based on the BBC’s legendary pop music programme of the same name.

Top of the Pops magazine is best known for being the publication that gave The Spice Girls their famous nicknames of Scary, Sporty, Baby, Posh and Ginger. 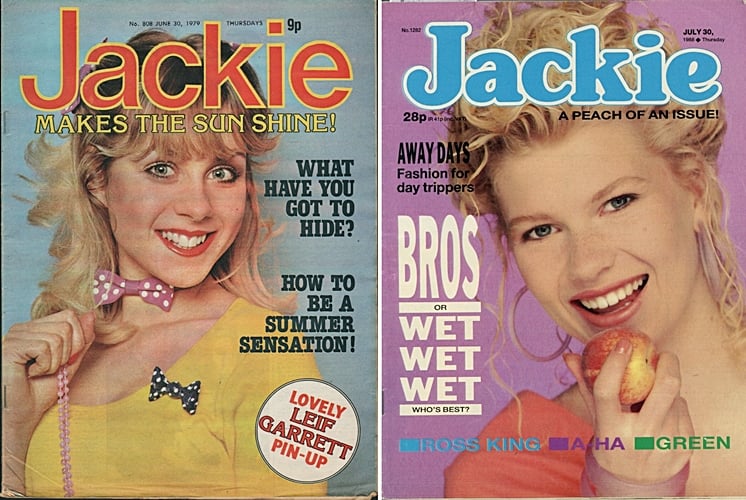 Jackie ran for over three decades after its original introduction in 1964, and was the best-selling teen magazine of them all in the UK during the 1970s.

Legend tells us that the magazine’s name was very nearly changed just before its first issue was published, due to its association with Jackie Kennedy, whose US President husband John F Kennedy had only recently been assassinated. 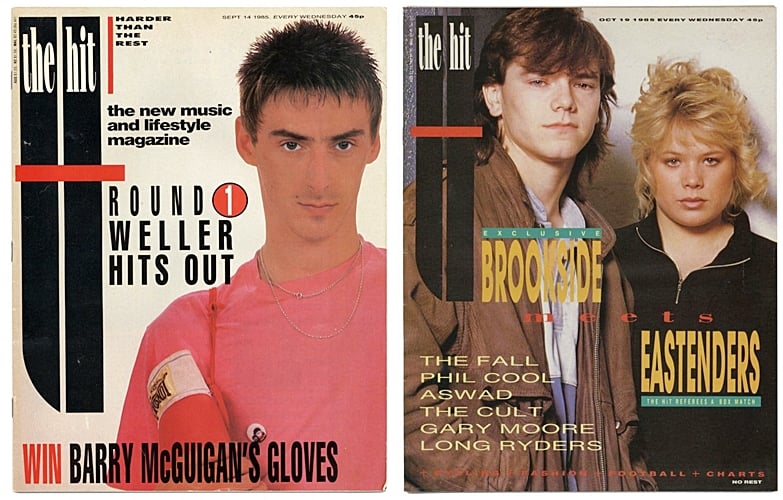 One of the few teen magazines to be aimed at males rather than females was The Hit, the first issue of which hit shelves in 1985 with The Jam frontman Paul Weller on the cover.

This weekly music and lifestyle magazine mainly focused on the most popular male musicians of the era. 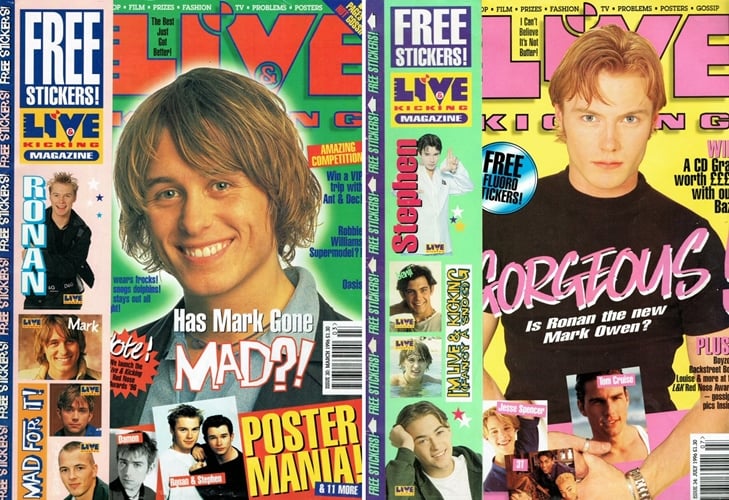 Live & Kicking magazine accompanied the popular Saturday morning TV show of the same name in telling us all we needed to know about the greatest 90s pop stars.

Once the TV show was taken off the air, sales of the magazine dwindled, which sadly led to its eventual decline. 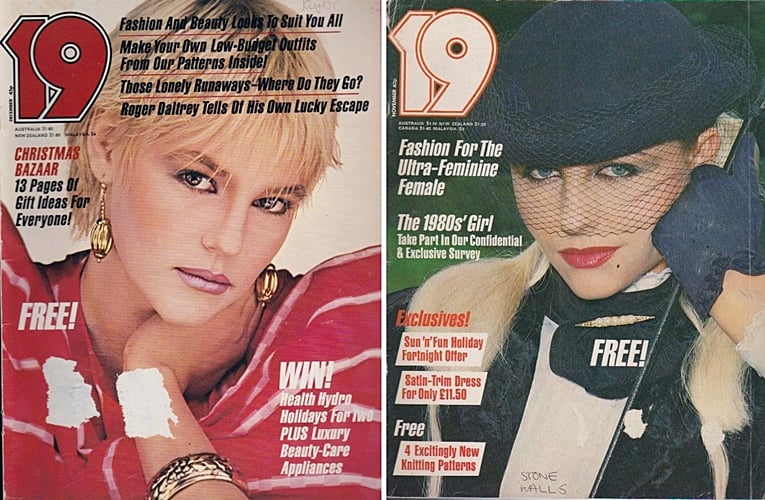 Running for an impressive 36 years between 1968 and 2004, 19 magazine’s main focus was on the fashion trends of the time.

19 was aimed at older teenage girls, and we’re sure it’s a magazine that many of you 80s kids remember with a great deal of fondness. 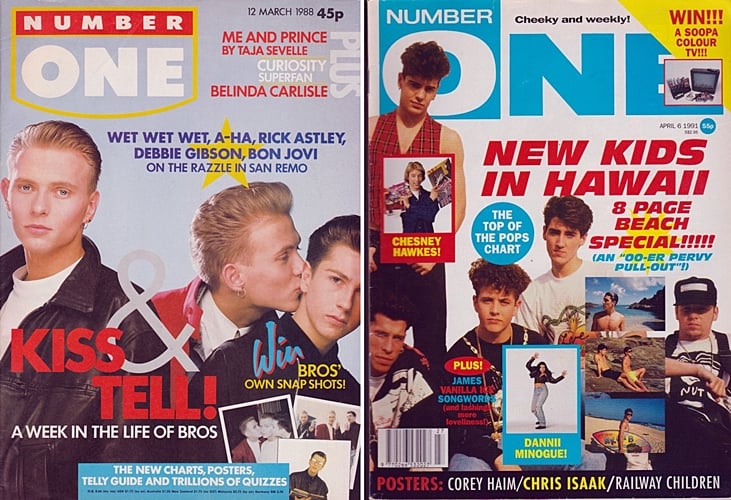 Originally called No. 1 before its name was slightly altered, Number One magazine was published during the second half of the 1980s.

Number One’s aim was to compete with the market leader Smash Hits!, which it did by coming out weekly rather than fortnightly like many of the other magazines of the time.