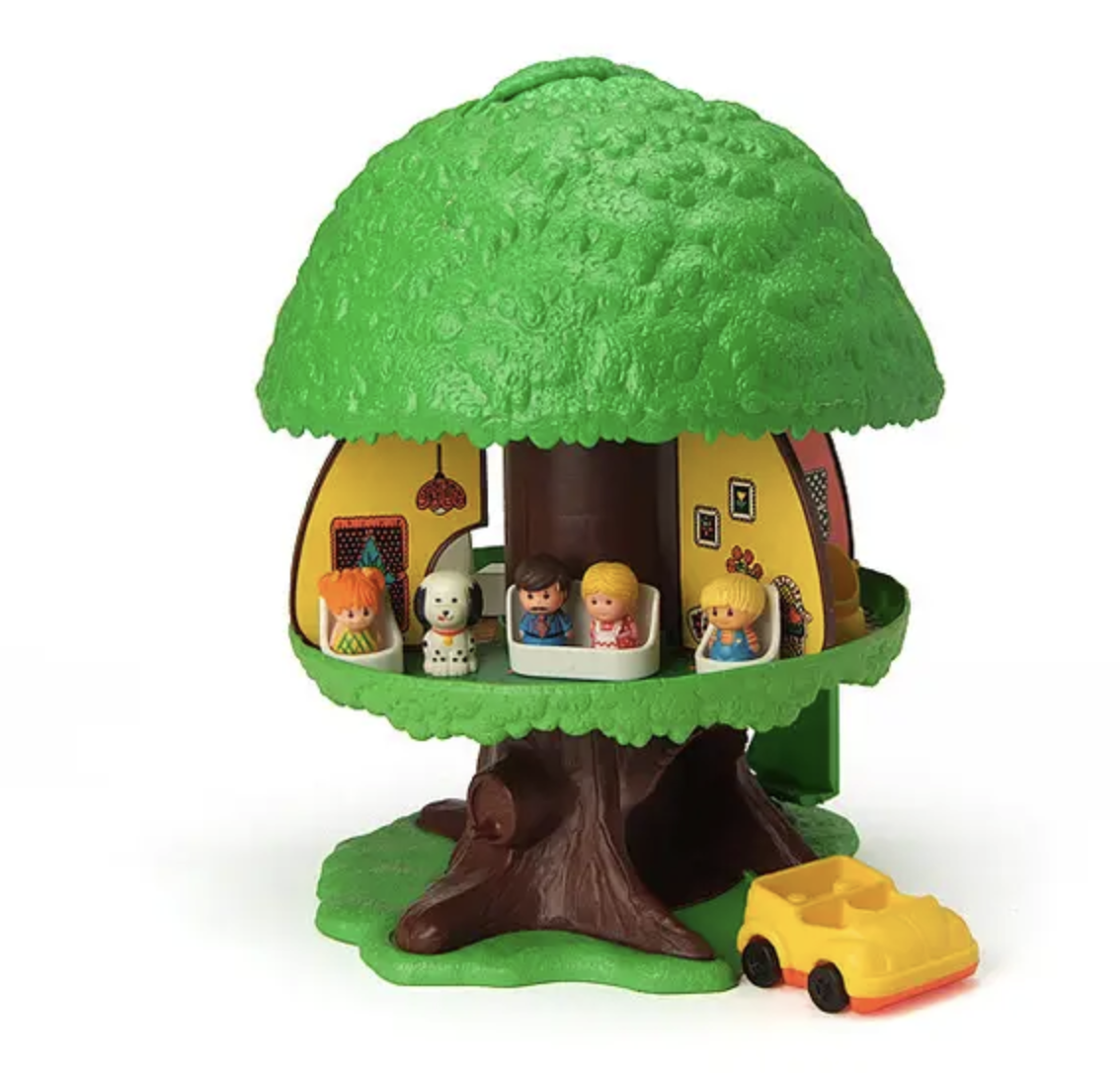 The Tree Tots Family Treehouse was first introduced to the market in 1975 by Kenner, and quickly made an impact on the youngest 80s kids.

Founded in 1946, Kenner was an American toy company - now defunct - that produced a number of iconic 80s toys and licensed merchandise, such as action figures.

In its long history, Kenner would be responsible for introducing the Easy-Bake Oven and Spirograph. The Tree Tots Family Treehouse, however, was aimed at a younger audience and intended to compete with Fisher-Price's Little People toy line.

The Treehouse initially looks like a normal tree, but with the push of a button on top reveals several rooms in a house, complete with a swing.

Also included are tiny figurines (or little people) that come with suitably tree-like names: Treemont, Willow and Chip. And, of course, Barky the dog.

These figures were exactly the same size as Fisher-Price's Little People, allowing for the small dolls to be interchanged and used in a variety of playsets - and allowing Kenner to encroach on its rival's target audience.

Unfortunately, while the toy was enthusiastically adopted by a core group of fans, the Tree Tots Family Treehouse was less popular than first hoped, and was discontinued in 1980.

Kenner would later be acquired by a rival, Tonka, which was itself assimilated into Hasbro in 1991.

10 Toys And Games That Will Fill You With Nostalgia

12 Of Our Favourite Pre-School Toys From The 80’s