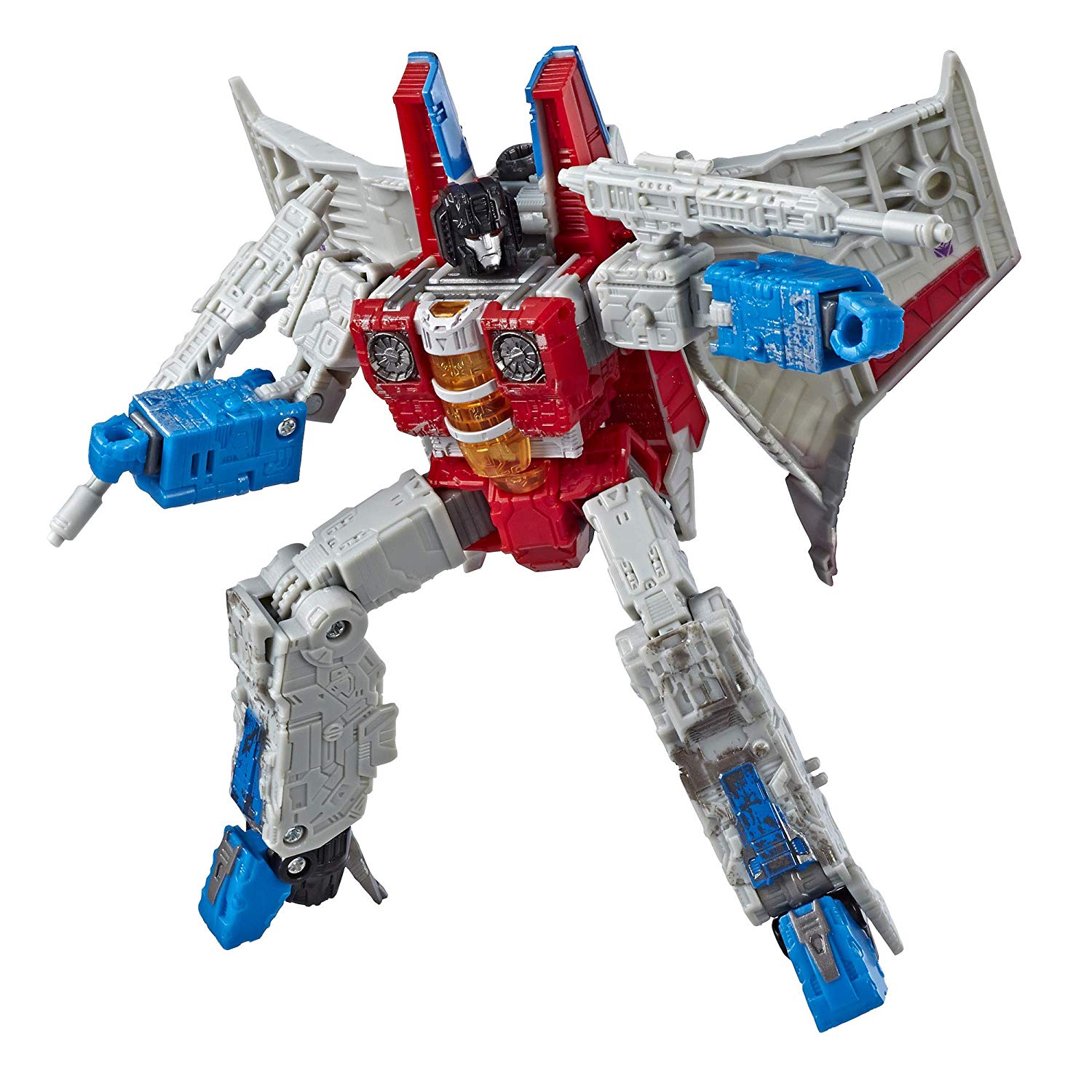 The original toy molds were created in the early 80s by the Japanese company Takara, combining their Diaclone and Microman molds and focusing on their products' ability to change shape. US toy giant Hasbro took note and rebranded the action figures as Transformers, beginning in 1984. Hasbro would eventually buy out the full licence from Takara, while still partnering up for Japanese distribution.

The popularity of the Transformers toy line was boosted in no small measure by the accompanying animated TV series, which began in 1984. This was no accident: US legislators had recently gutted restrictions on the placement of promotional content in children's television programming. No longer would an animated show be used to sell ads to sell a product: the show itself was the advertisement.

The Transformers animated show was soon adapted into a 1986 film, Transformers: The Movie. While the film was a box office failure, it has since become a cult classic, and even features the last credited role of Orson Welles. The legendary Citizen Kane and now Unicron actor is alleged to have told his biographer, Barbara Leaming, "You know what I did this morning? I played the voice of a toy. I play a planet. I menace somebody called Something-or-other. Then I'm destroyed. My plan to destroy Whoever-it-is is thwarted and I tear myself apart on the screen."

Off-screen, meanwhile, Transformers toys dominated stores, with dozens of action figures being produced. However, as the 80s wore on, the toys were criticised for transforming into more and more futuristic - and therefore unrecognisable - vehicles. Transformers toys were temporarily discontinued in 1989.

The toys were revived in 1992 under the banner of Transformers: Generation Two. Unfortunately, this range sold poorly and was discontinued after only two years.

Despite multiple rebrands and shifting focuses, Transformers as a popular brand of toys lasted for more than two decades, with the last major marketing push occurring in 2009. This saw a series of iconic Disney characters, such as Donald Duck, transforming into vehicles (in Donald's case, a simulacrum of a Volkswagen Beetle). Transformers toys are still available today, inspired by the success of the Transformers films, but are far less dominant than they once were.

10 Toys That Will Transport 80s Boys Back To Their Childhood

Take A Look Inside An Argos Catalogue From 1986!

12 Amazing Facts You Never Knew About Transformers: The Movie!

12 Toys That Only An 80s Kid Will Remember